The Witch and the Hundred Knight Review – PlayStation 3 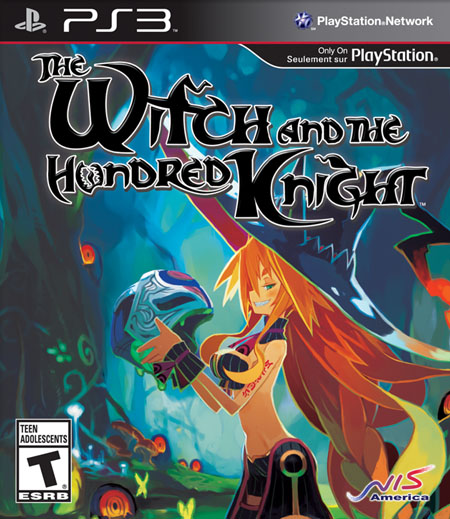 A decidedly old school JRPG adventure that is sure to please fans of the genre, but the majority of gamers will want to test the waters before investing.

The Witch and the Hundred Knight is the newest offering in the Nippon Ichi rich lineage of JRPG games that includes the Disgaea, La Pucelle, and Rhapsody franchises.  Like those titles, The Witch and the Hundred Knight is far from the standard turn-based RPG we have come to expect from the east, instead hearkening back to the golden days of action-based isometric RPG titles like Diablo and Gauntlet.

In The Witch and the Hundred Knight, gamers take the role of the Hundred Knight – an immortal demon warrior who has been summoned by the Swamp Witch Metallia to help her in her ongoing battle with her rival, the Forest Witch Malia, in taking control of the land of Madea.

The Hundred Knight might look a lot like He-Man’s harmless floating sidekick Orko, but n all reality he is one wicked warrior.   A master of weaponry and magic, the Hundred Knight is tasked by the Witch Metallia to raid the swamp’s neighboring villages and take control of the powerful Pillars of Temperance, which when released allow Metallia to venture out beyond her swampy imprisonment. 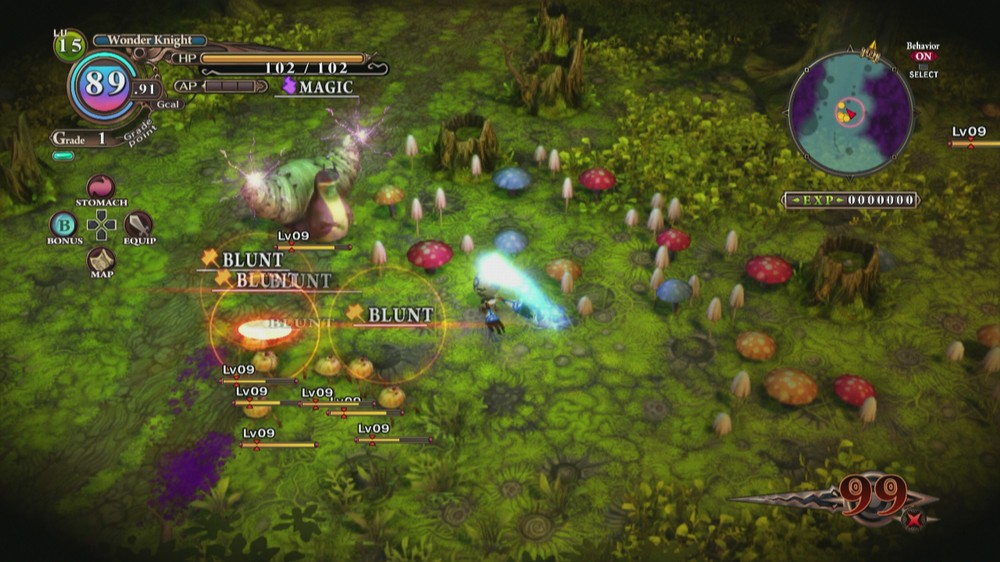 The journey would be fairly straightforward if it weren’t for the ingenious gameplay mechanic of GigaCals (or GCals), which are basically units of energy that the Knight needs to maintain in order to continue with his quest.  What it boils down to is that when the GCal meter is empty, no more respawns within in the level.  This brings up a moral conundrum as GCals are obtained by doing evil deeds – so whether or not the Knight (or gamer for that matter) really wants to support the evil Metallia in her evil plan, he has little choice but to do so in order to survive.

The in-game combat is decidedly hack-and-slash in nature – again hearkening back to the Diablo games of yore.  It is entertaining (and rewarding) to hack through half a dozen minions, absorbing their energy along the way – but boss fights can be a bit trying with the somewhat wonky controls that seem to hang the character up on scenery more often than they should.

The Knight can equip up to five weapons at a time – but in another bold gameplay move, the developers have set it up so the Knight cycles through weapons automatically with each strike.  It is an ingenious mechanic that allows gamers to see which weapons inflict the optimum damage on particular species of enemy while building up a massive 5-strike combo.  Don’t think that this system simply hand-holds the gamer through every battle, though, as different arrangements of weapons can lead to either increased or decreased combo multipliers, putting gamers to the task of realizing these optimal combinations. 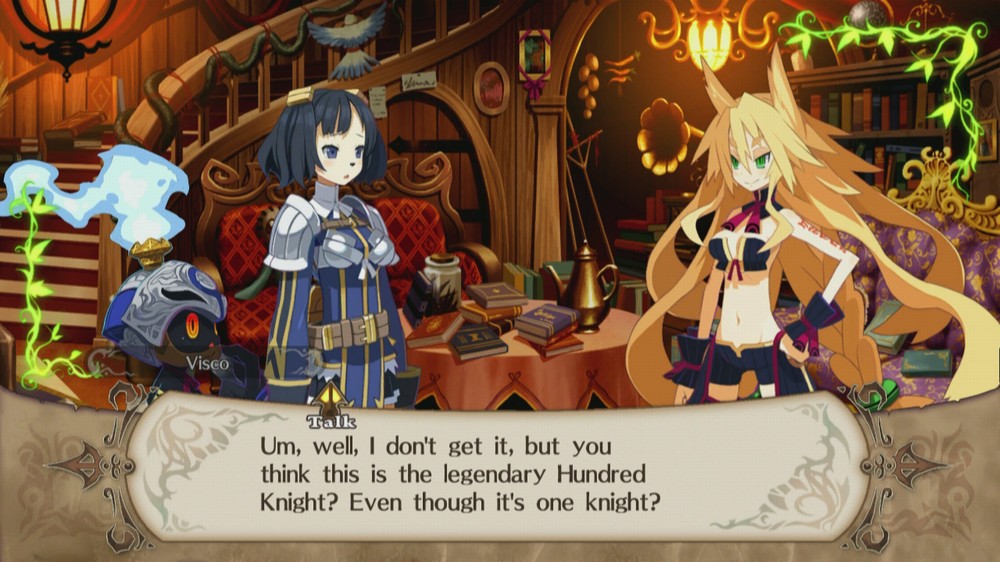 There are also combat aspects (i.e. raiding homes and businesses) in which the action is entirely controlled by the game and out of view of the screen – in these events the winner is decided upon at random, but the payout in loot is infinitely more rewarding.

The Witch and the Hundred Knight also employs an interesting concept with the townsfolk and other non-playable characters (NPCs) – challenging gamers to first take control through force, then maintain a level of rapport in order to achieve bigger tax payouts.  This adds extra dimension to the non-combat play as gamers are continually incentivized to interact with characters many times over.

The visuals have a definite old-school nature about them, but they fail to achieve a level of charm or nostalgia we are generally searching for in a title of this sort.  The kawaii-inspired characters are seen from too far a distance to deliver any detail other than what we see in the action-comic cutscenes which blast the gamer with hot bra-bustingly-fit witches amongst the cute-as-pie characters. 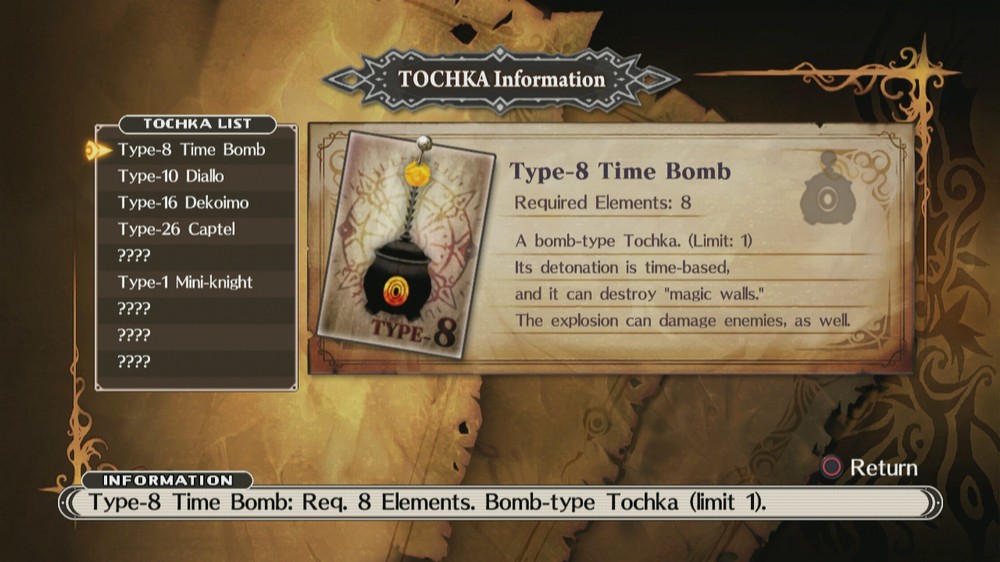 The game’s audio is likewise a mixed-bag, with some interesting and entertaining voiceovers – typically from the witch overlord Metallia who will call folks everything from idiots to dumbasses (and worse).  The voiceovers are not universal through the game, though – occurring only during cutscenes and important in-game scenarios.  The sound effects are lackluster overall, but the Tenpei Sato soundtrack is fantastic.  In the end, it really is hard to fault a proper JRPG port for poor audio, considering how much is lost in translation during importation.

At about 5 hours of face time, I cannot even claim to have experienced a fraction of what The Witch and the Hundred Knight offers gamers – with folks reporting 25 – 50 hours of gameplay in all.  Given that fact, for a fan of Nippon Ichi games, The Witch and the Hundred Knight is a no-brainer when it comes to value.  But gamers not familiar with this style of game might want to try out a demo before shelling out the big bucks. 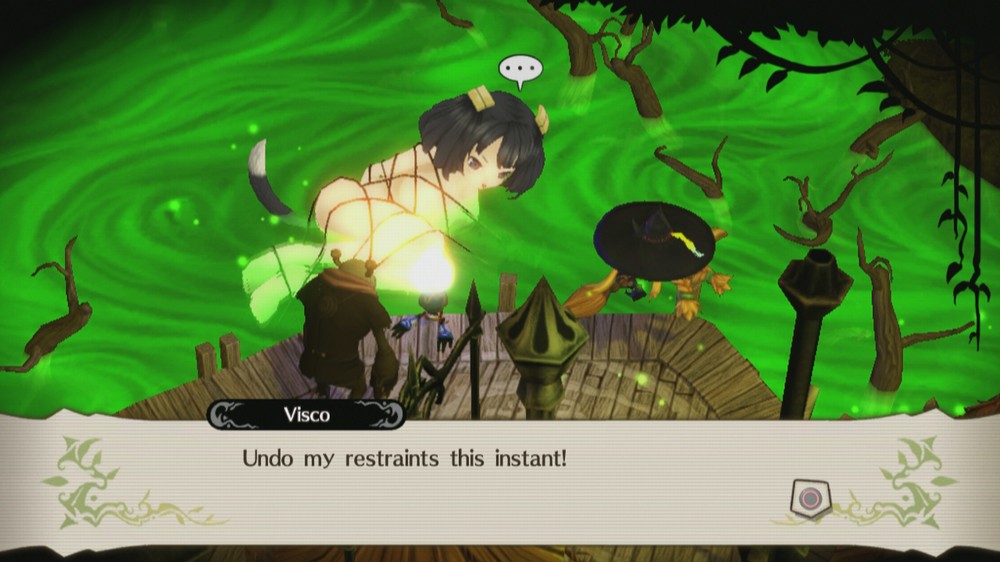 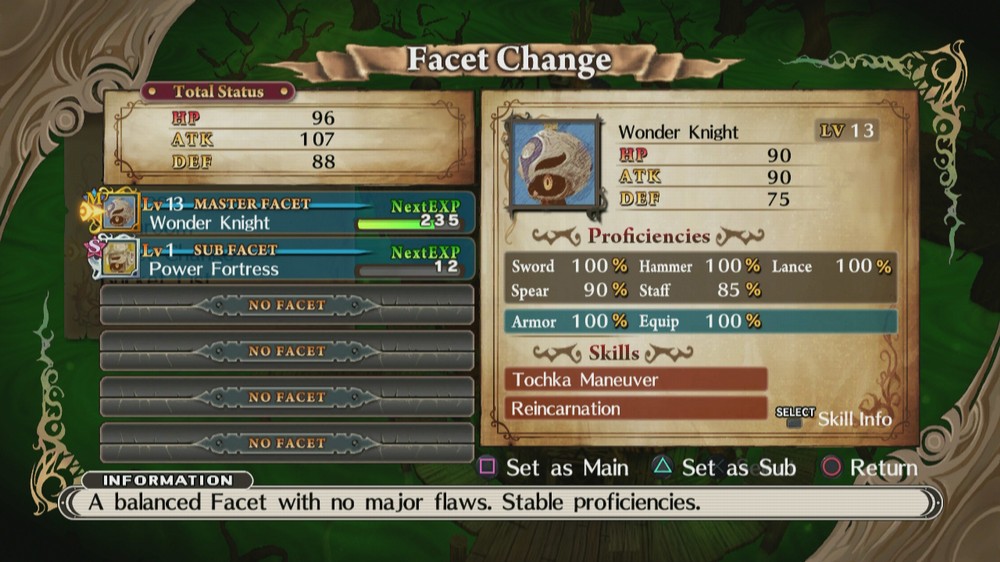 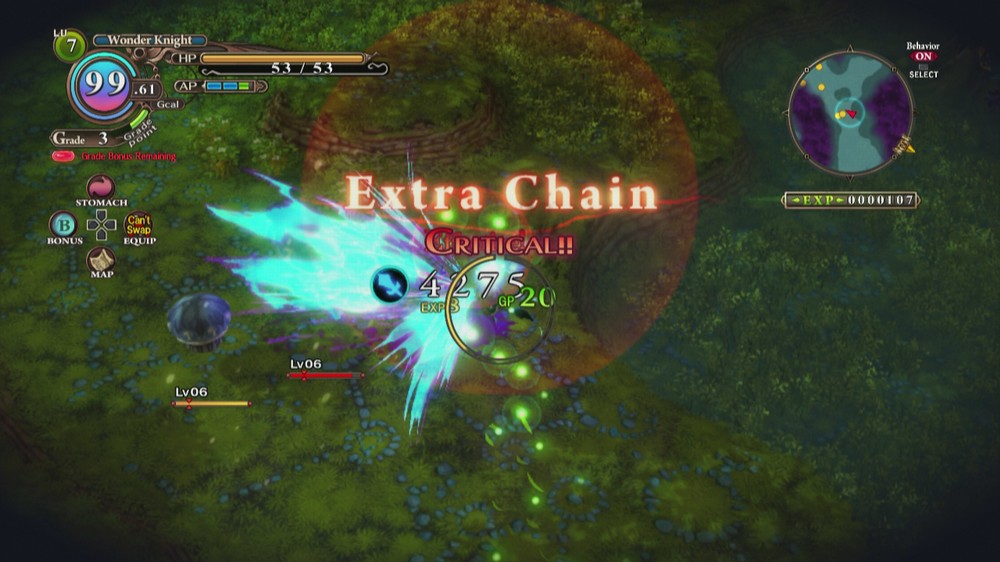 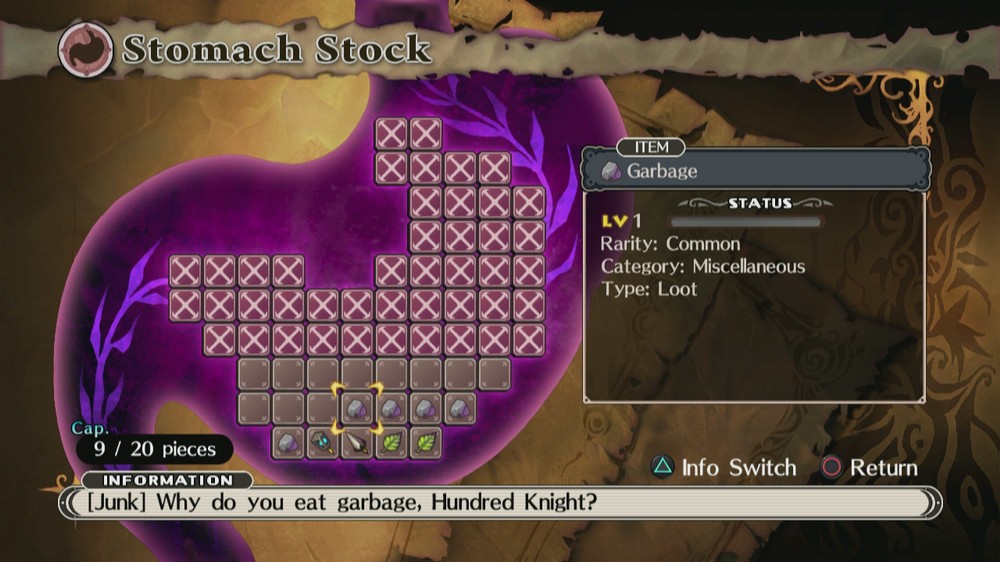 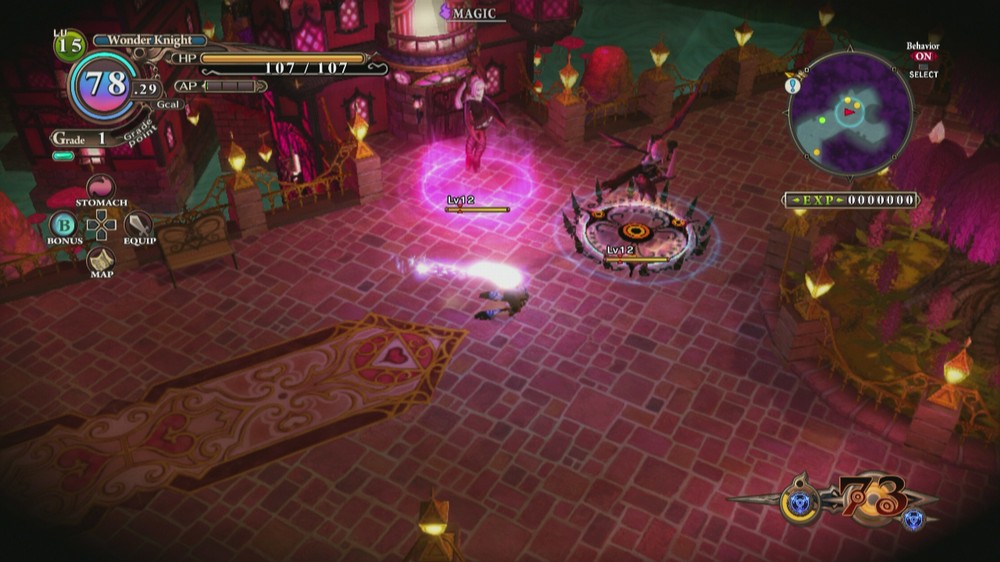 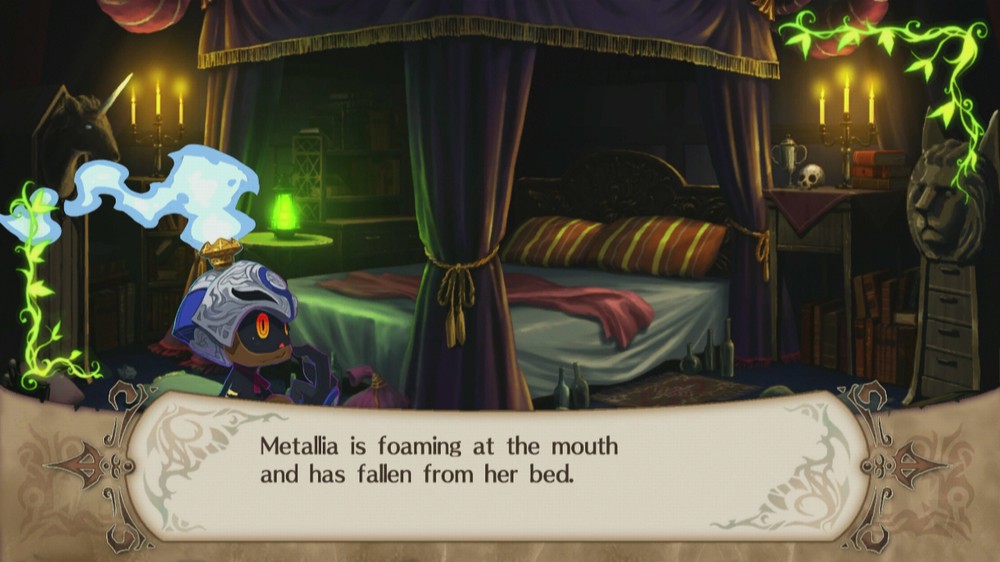 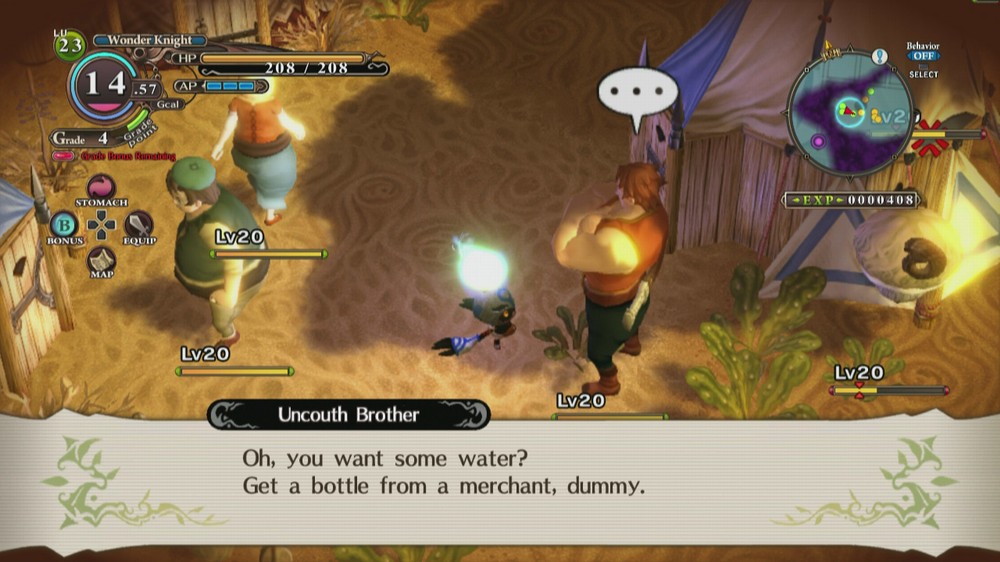 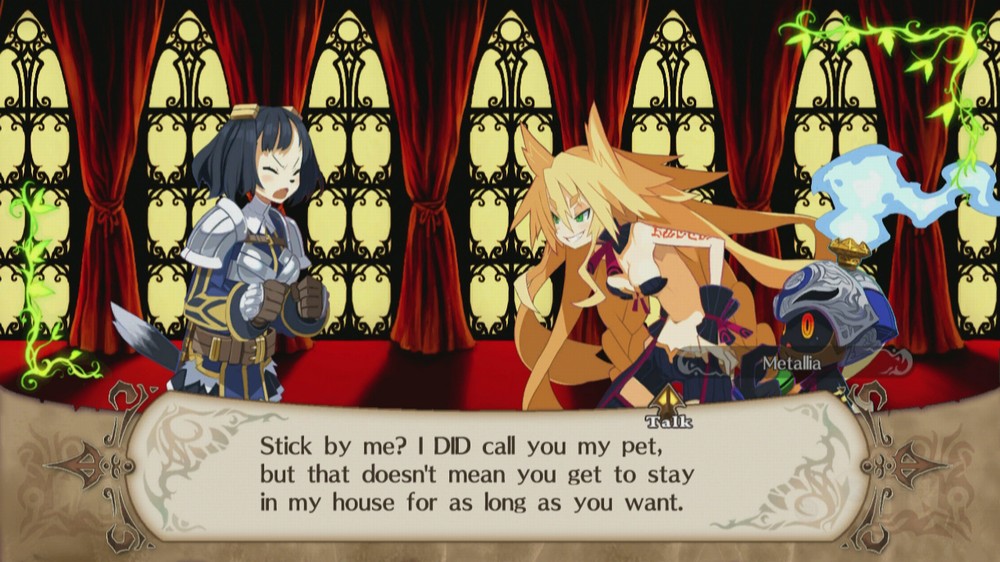 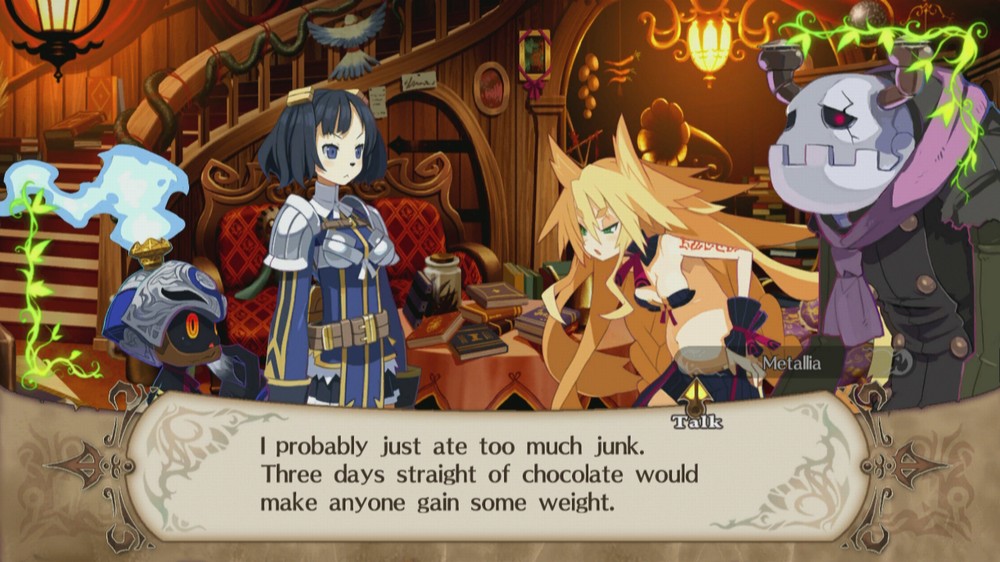 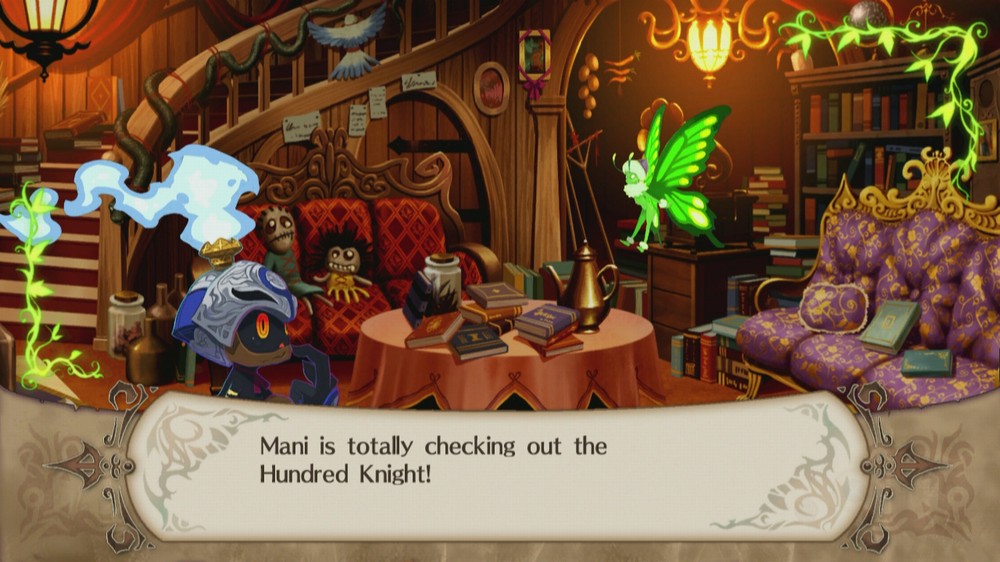 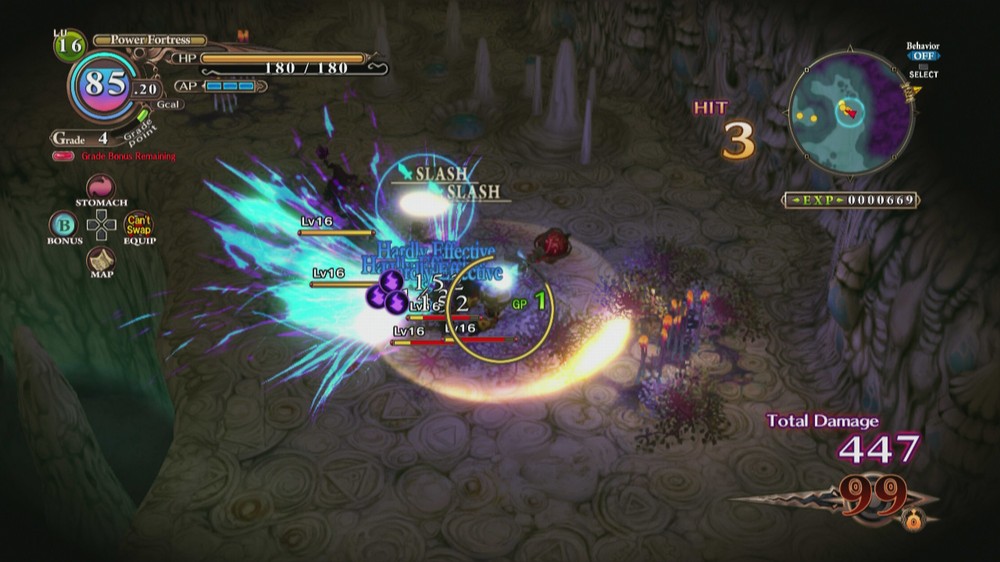 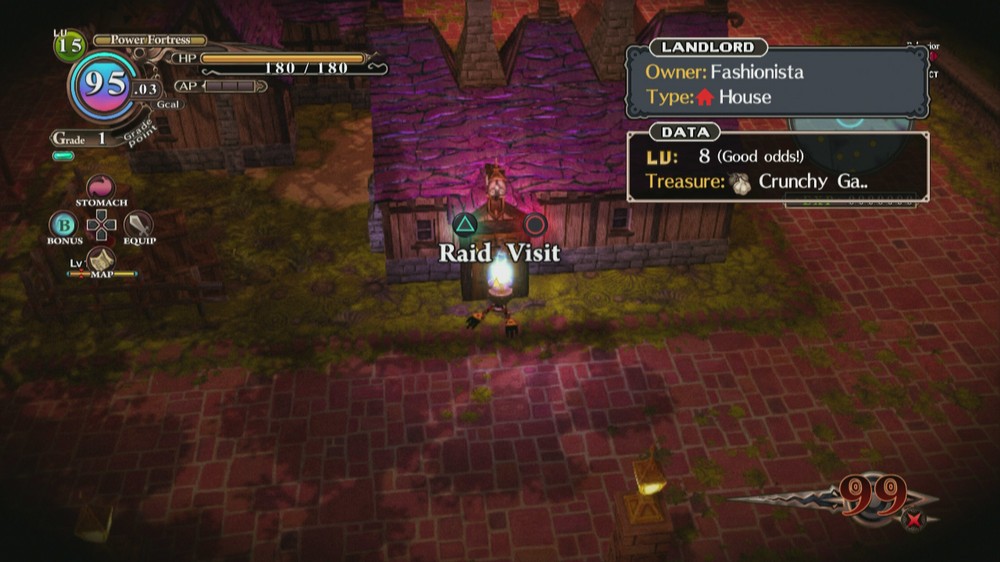 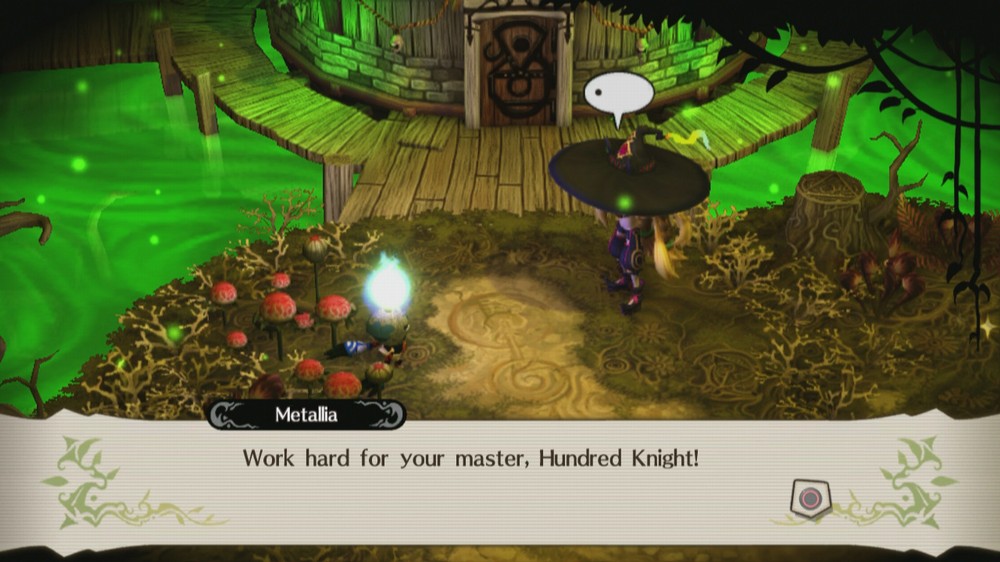 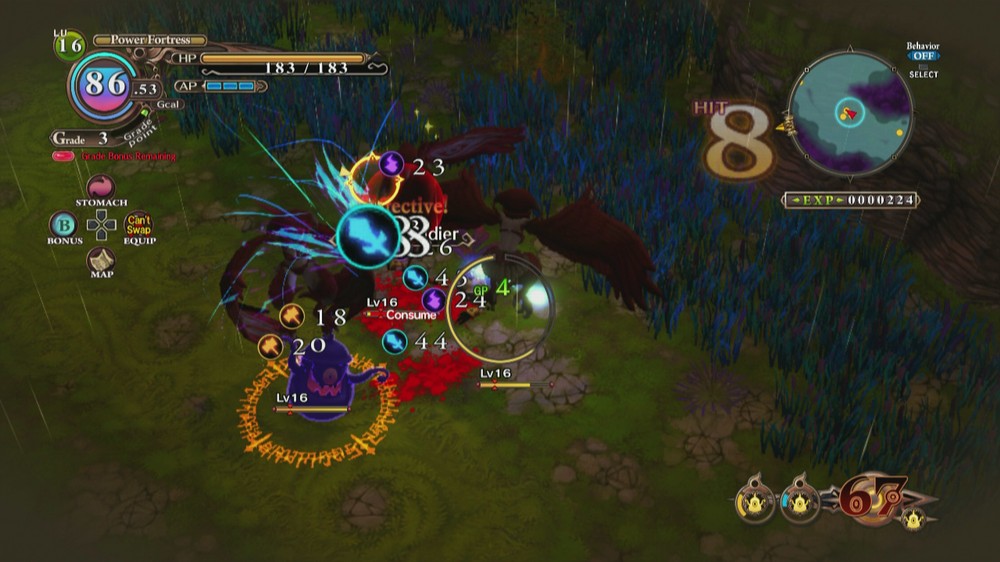 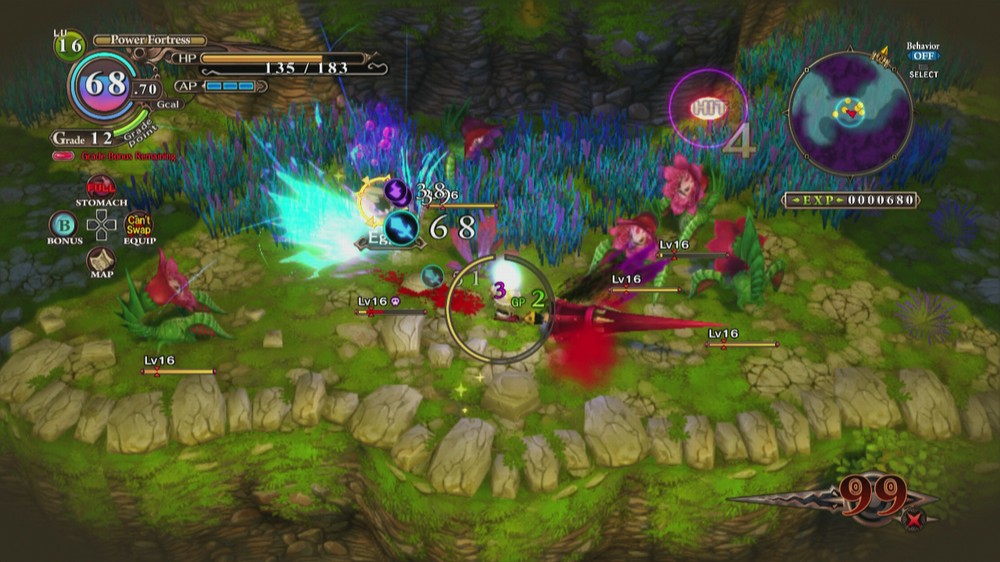 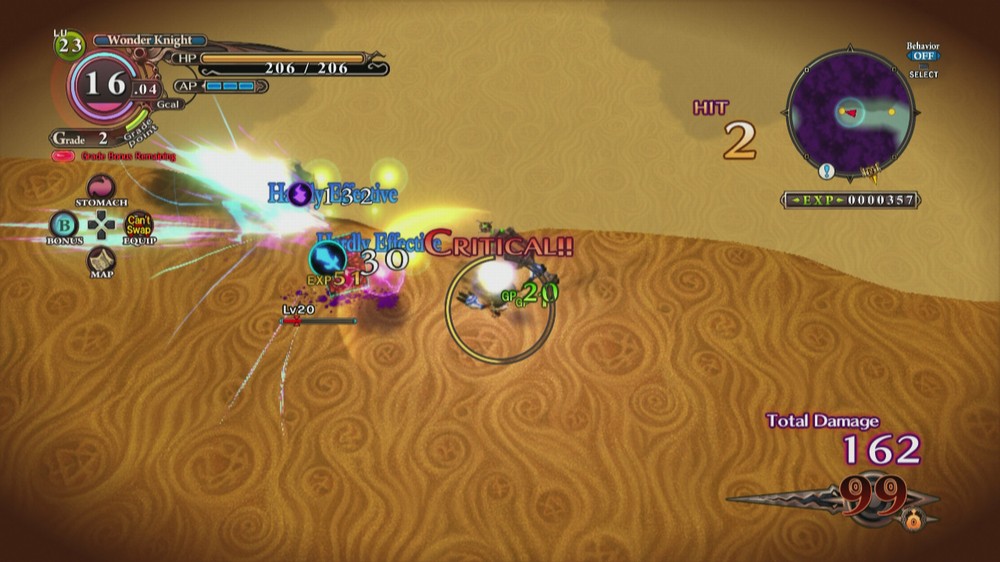 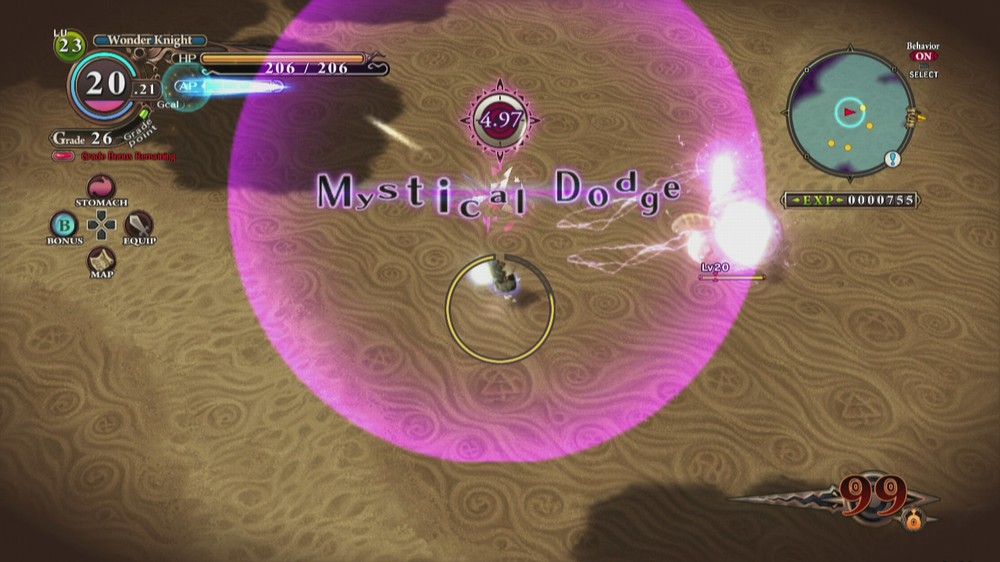