Charming storybook art style might not be enough to trump illogical puzzles and poor voice acting.

The Whispered World is a storybook-style adventure game of the traditional point-and-click formula, originally released in August 2009. The Special Edition was released May this year and appears to be basically the same, except it reportedly uses an updated version of the Visionaire engine and includes the addition of a new tutorial, achievements, and optional audio commentary from the game’s authors, Jan ‘Poki’ Mueller-Michaelis and Marco Huellen.

In summary, TWW follows the adventures of a gloomy young clown named Sadwick, who frequently has nightmares of the world ending. To his understandable dismay, these dreams turn out to be a prophecy that he and his pet caterpillar, Spot, then spend the rest of the game trying to stop from coming true.

The Special Edition starts you off with a quick, optional tutorial that introduces you to the game’s pleasantly minimalist interface. Left-click moves Sadwick, right-click opens the inventory, and spacebar highlights things you can interact with. Left-click and hold brings up a simple interaction menu on those spots: Sadwick can use his eye (usually to examine), mouth (usually to speak), or hand (usually to manipulate or pick up).

The interface politely ducks out of the way when not actively in use, better showing off the beautiful hand-drawn art of Sadwick’s quirky fantasy world. The richly detailed backgrounds, from a secluded candlelit village to a floating castle, evoke the fairytale look of classic picture-book illustrations, and the personality-filled character sprites are a welcome throwback to the traditionally animated cartoons that have now become so rare. These days, when animation usually involves vector art or full-blown 3D computer graphics, TWW’s old-school presentation is a breath of fresh air.  Meanwhile, the soundtrack is somewhat limited and can get repetitive, but the pensive piano and flute with the occasional playful bassoon are otherwise a solid fit for the overall feel of the game. 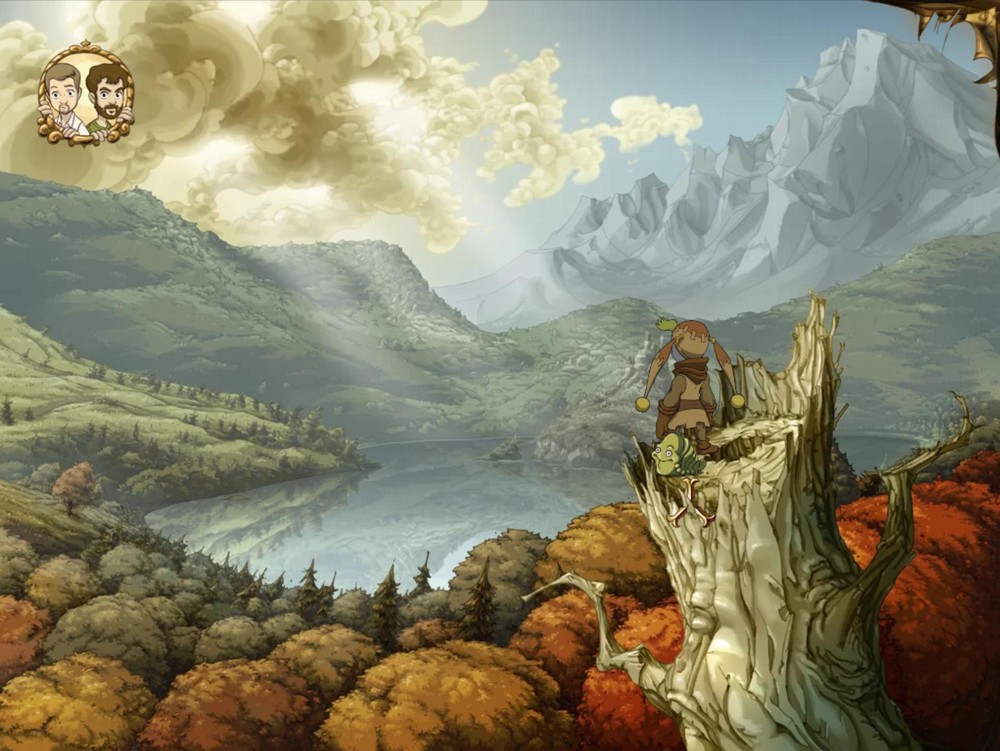 Past the charming artistic features, however, as much as I really wanted to like the game, I felt challenged to enjoy it as much as I would have liked. As can be expected from a game with a sad clown as the protagonist, the tone is exaggeratedly melancholic. Sadwick’s over-the-top negativity is obviously meant to be humorous, but I still found it difficult to sit through five whole chapters of Sadwick’s endless whining and sighing. He starts off complaining about everyday chores and helping out with the family circus, but even leaving the family circus on an exciting quest to save the world doesn’t do much to improve his attitude.

Part of the problem, too, is the sheer volume of dialogue in this game. Many adventure games have an element of conversation and clue-gathering from interacting with other characters, and I’m a big RPG fan and normally love chatting it up with NPCs. I also appreciate the hard work that must have gone into recording the dialogue, all of which is fully voiced. In TWW’s case, though, there’s just somehow too much dialogue, and the voice acting is often mediocre at best and not especially well mixed, with variable volume and frequently audible background noise. Most times, I found myself click-skipping through the banter because I could read faster than the characters could speak, and I just really wanted to get on with the game.

Even so, the puzzles in TWW are a mixed bag. I generally enjoy the adventure genre and am pretty comfortable with using random items to MacGyver unrealistic solutions to the often outlandish problems presented in these types of games. TWW, however, takes nonsensical puzzles to a new level, to the degree that brute-force trial and error—or digging up a walkthrough online—often seemed like the only way to solve them, even when you have every item you need in your inventory. In fact, in some cases, the puzzles are so ludicrous and random that they’d have been right on the money in an adventure-game parody. 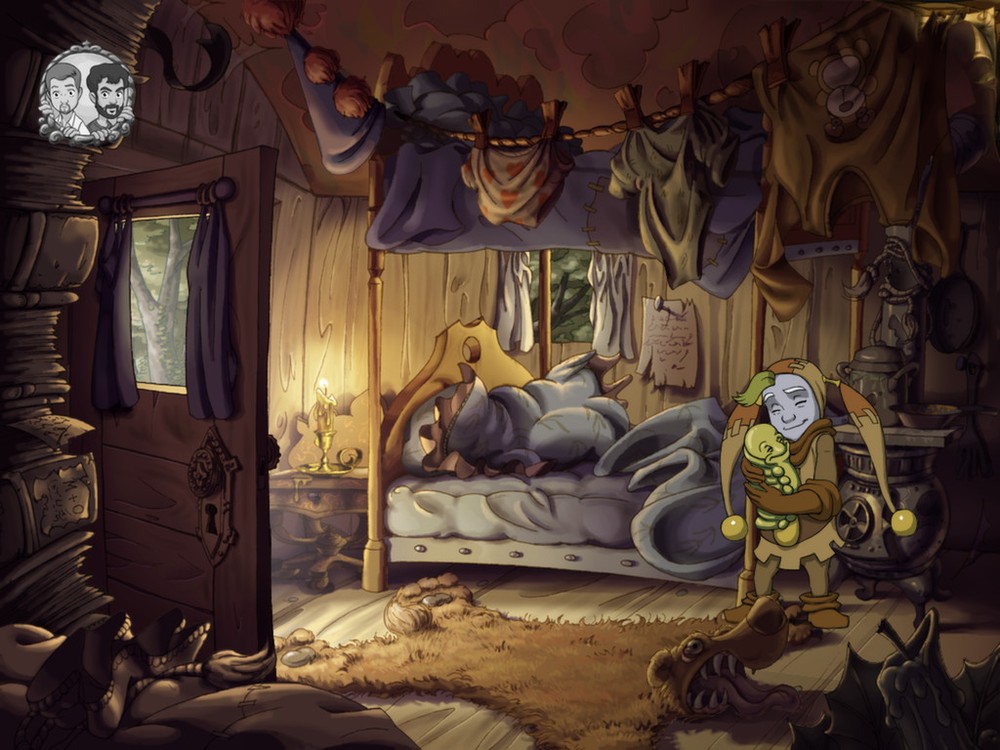 It’s impossible to illustrate what I mean without resorting to a spoiler, so please skip this next paragraph if you don’t want to be spoiled.  SPOILER ALERT: At one point, Sadwick can’t reach a glass bottle of oil that he desperately needs for another puzzle. Can he climb the nearby desk to reach the bottle? No. Can he retrieve it using a ridiculous contraption he built earlier with pliers, string, and a skeleton hand that can grab things from a distance? Apparently, the answer is still no. Instead, the game’s solution is to smash the bottle by throwing something at it so that it flies out a window and, unexpectedly, into a barn, where it shatters in a cow’s trough. When you enter the barn, for no particular reason, the cow has drunk the oil, notwithstanding the broken glass mixed in, and somehow, milking the cow inexplicably recovers the oil the cow drank. No prior events clued a player in to this bizarre chain of events.

I have the feeling the authors may have been trying for an Alice-in-Wonderland kind of endearing nonsense, but as a player, I didn’t find it very amusing to slog through inane combination after combination of objects and actions to somehow chance on the very specific illogic the game makers had in mind. I absolutely don’t mind game rules that defy real-world logic, but even if Sadwick’s world is nonsensical, there should still be a method to its madness and adequate hints discoverable throughout the game if the developers expect players to solve their puzzles.

That being said, not all of TWW’s puzzles are so infuriatingly inscrutable. There’s a chessboard puzzle and an obligatory sliding-tile puzzle, and some of the puzzles involving Spot’s shape-changing abilities, especially, are fun to figure out. You’ll eventually learn, for instance, that Spot’s fat form is heavy and another form can set things on fire. As the game goes on, you’ll learn each form’s particular characteristics, and solving many of Spot’s puzzles becomes more about creative problem-solving with pieces of information you’re able to learn from the game than just shooting in the dark. I’d have enjoyed TWW much more if more of the puzzles had been designed to make some sense, even if it was a topsy-turvy game-world sense that had little to do with reality.

In any case, the Whispering World Special Edition retails for $19.99 on Steam and took me about eight hours to play through, even with the brute-force puzzle-solving. The game is linear and seems to have only one ending, so there’s not much incentive to play through it more than once. On one hand, if you’re easily frustrated by puzzles making little to no sense or by second-rate voice acting, or if you can’t stand spending eight hours with a depressed carnie for a main character, you may want to look elsewhere. On the other hand, if you’re a huge fan of adventure games and don’t mind illogical puzzles, you may still enjoy this one for its art style, old-fashioned gameplay, and quaint atmosphere. 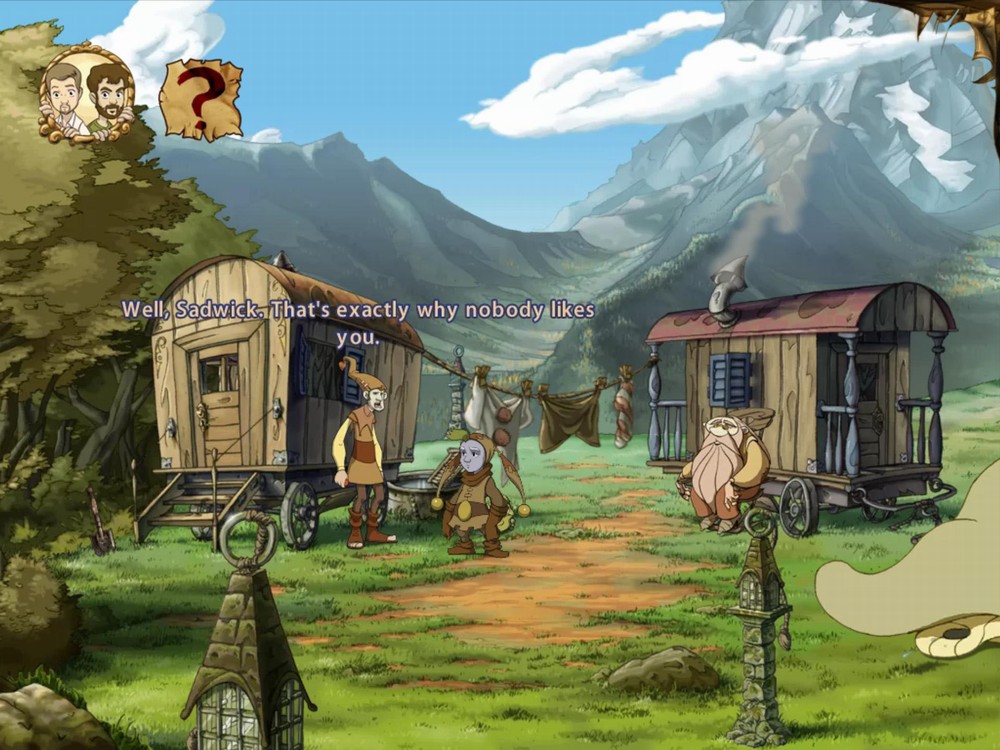 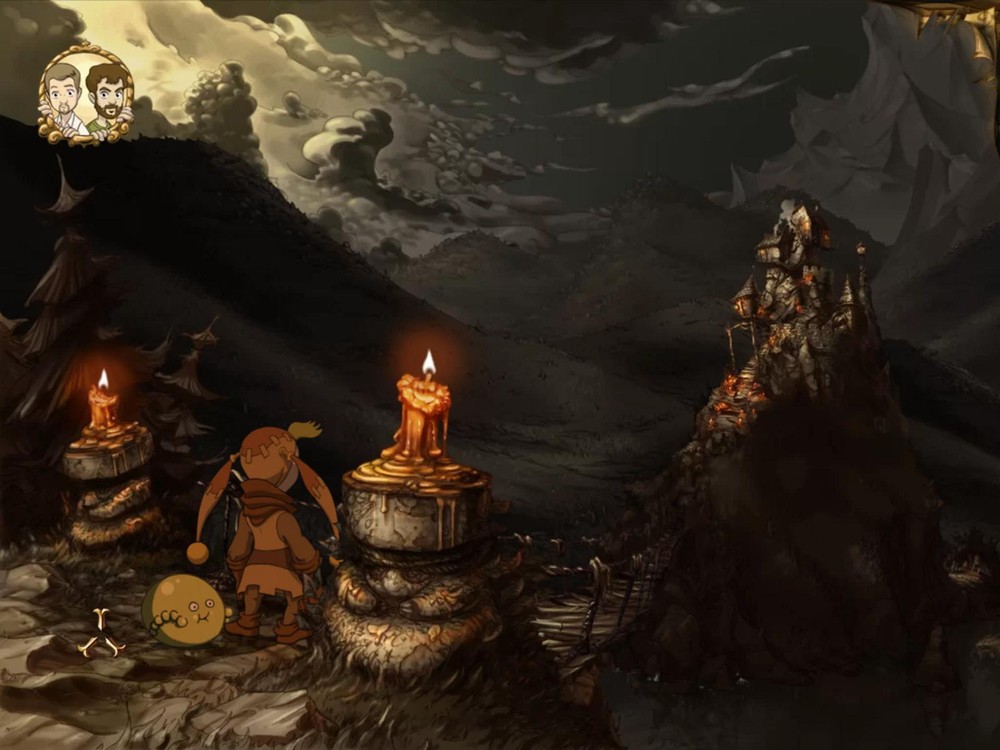 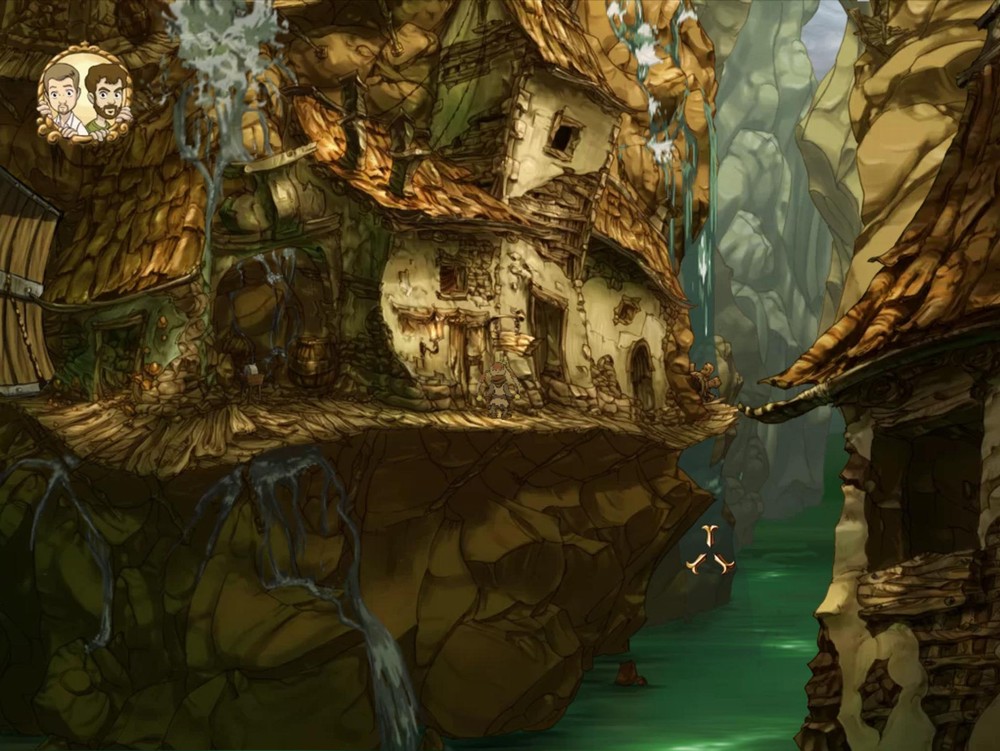 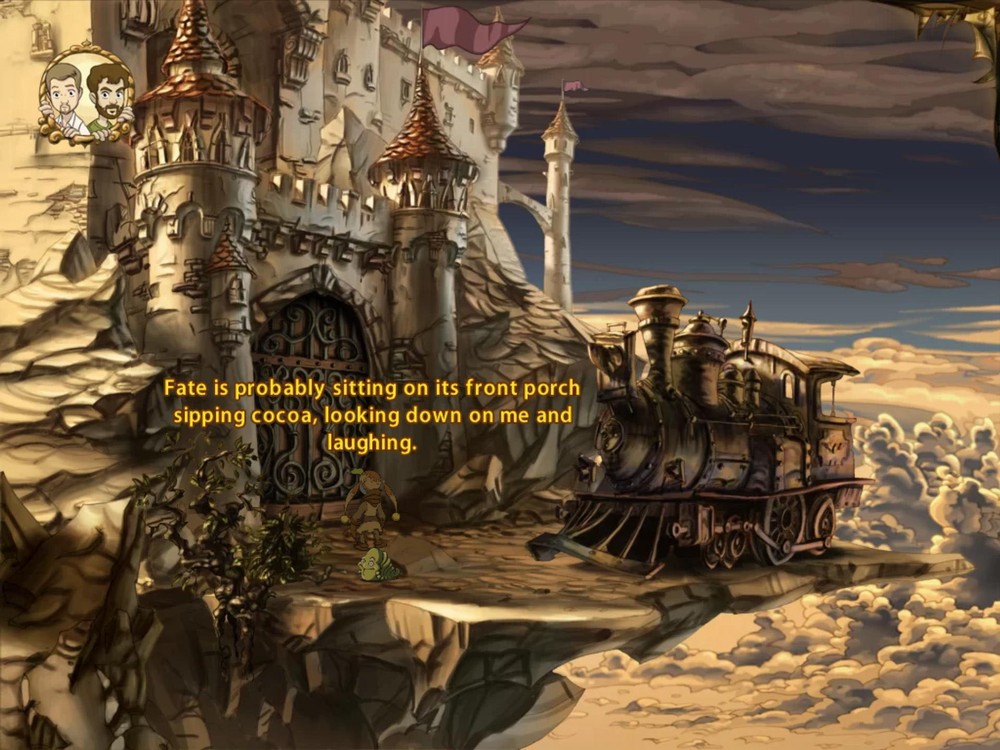 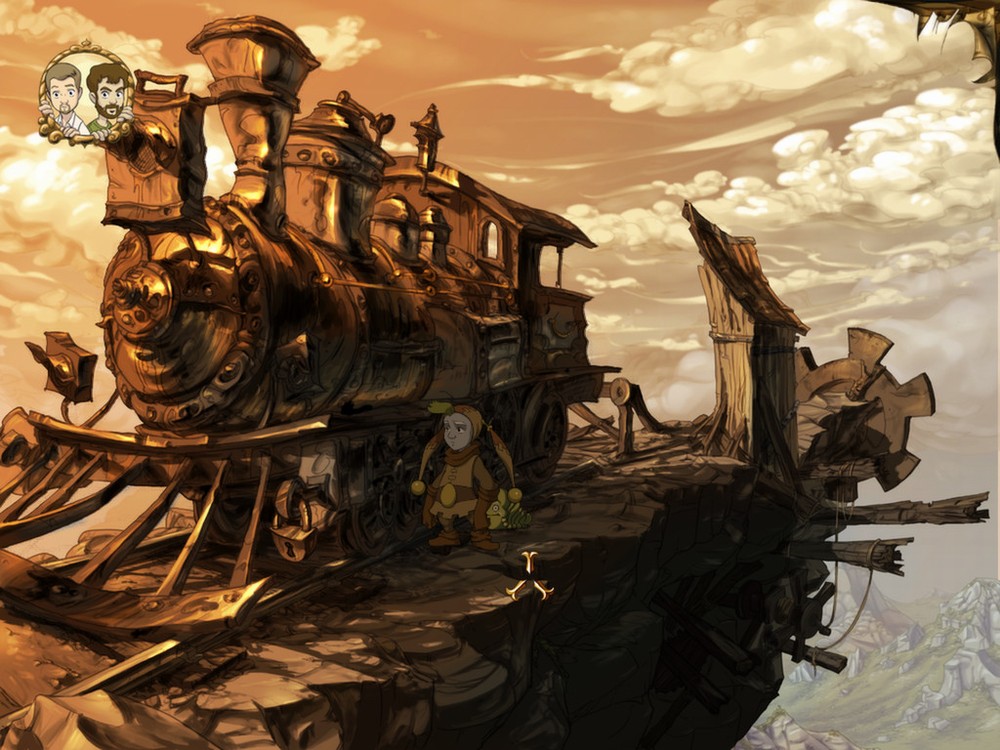 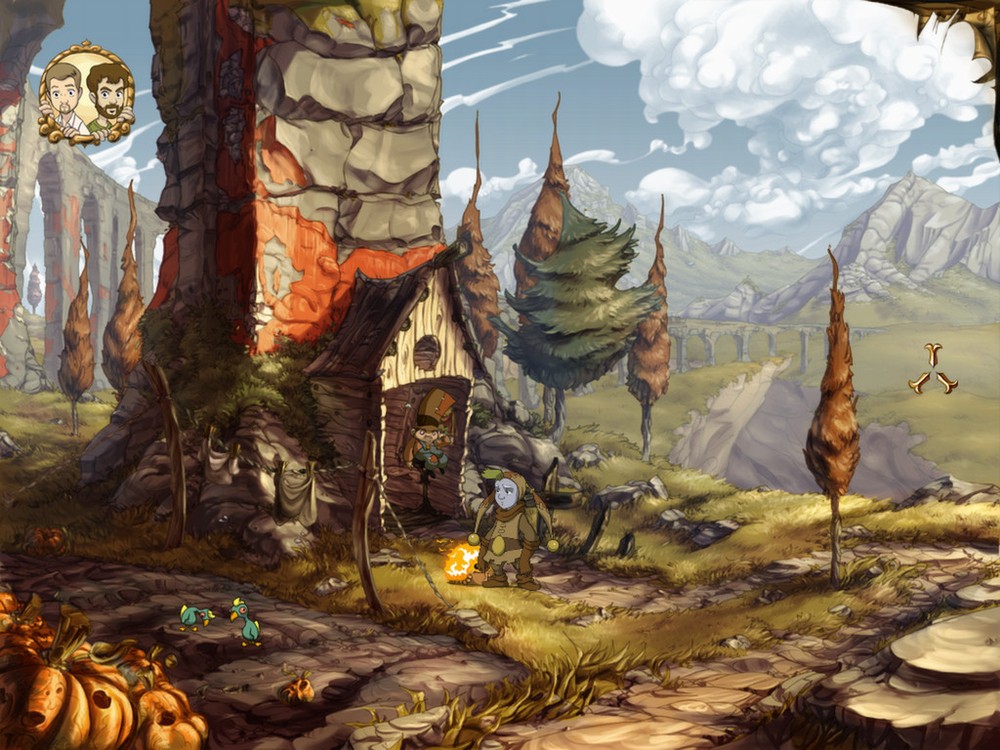 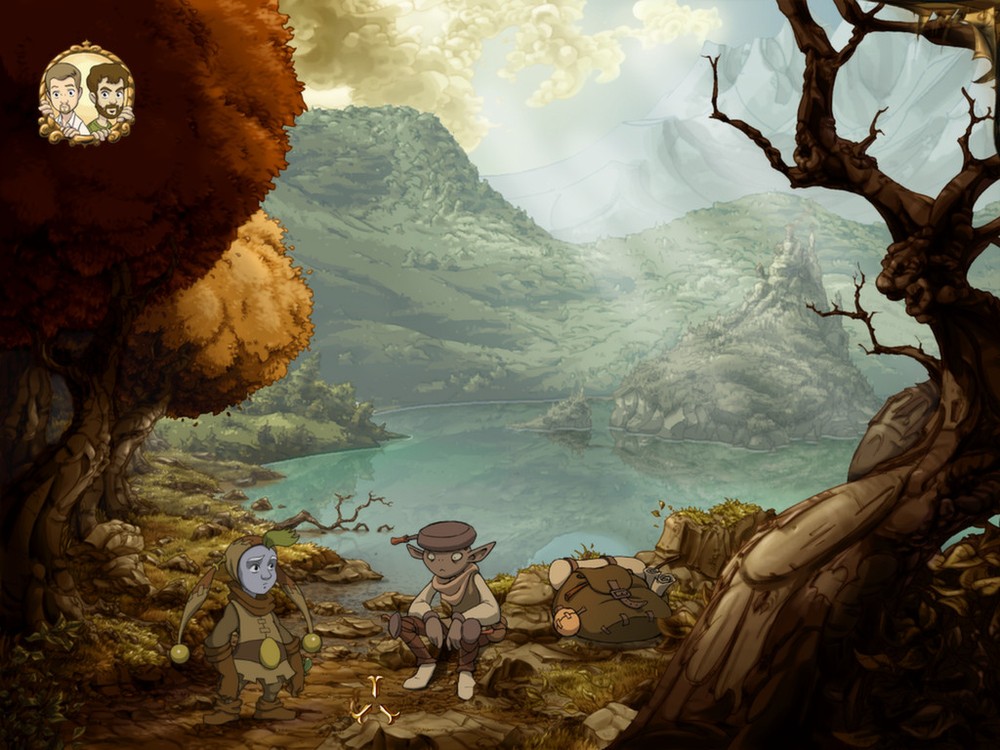 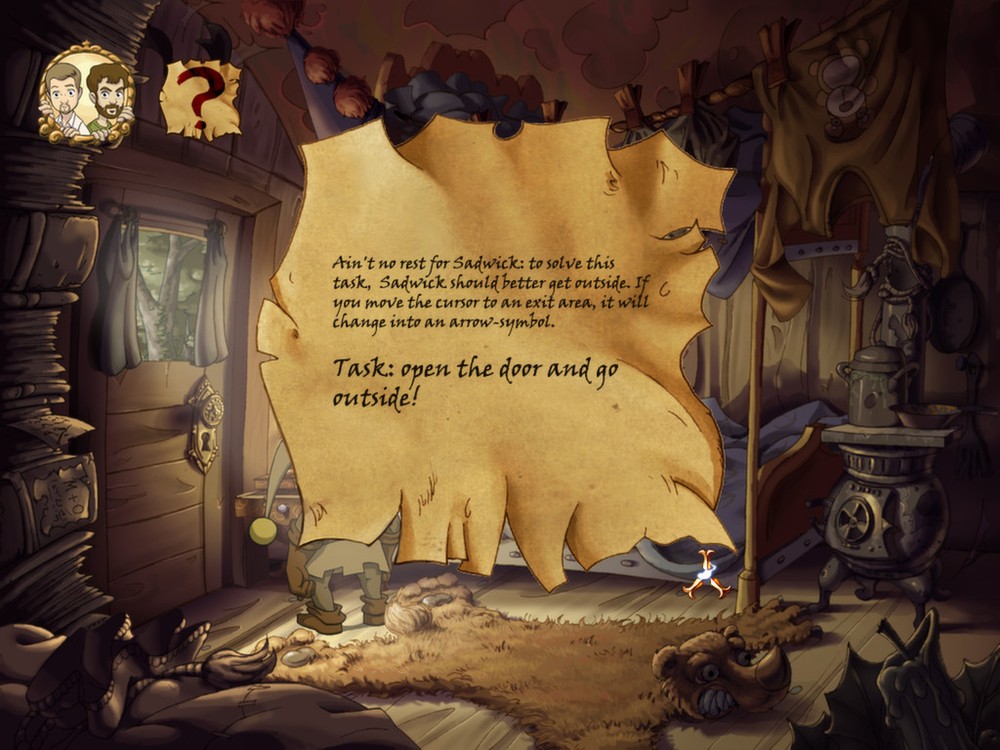 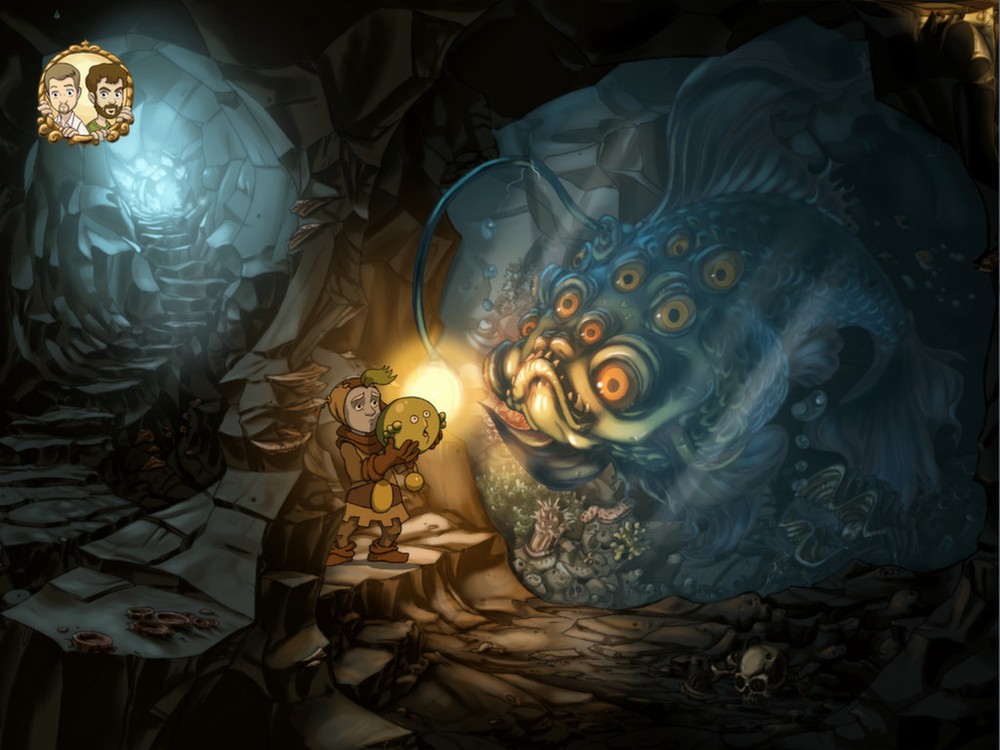 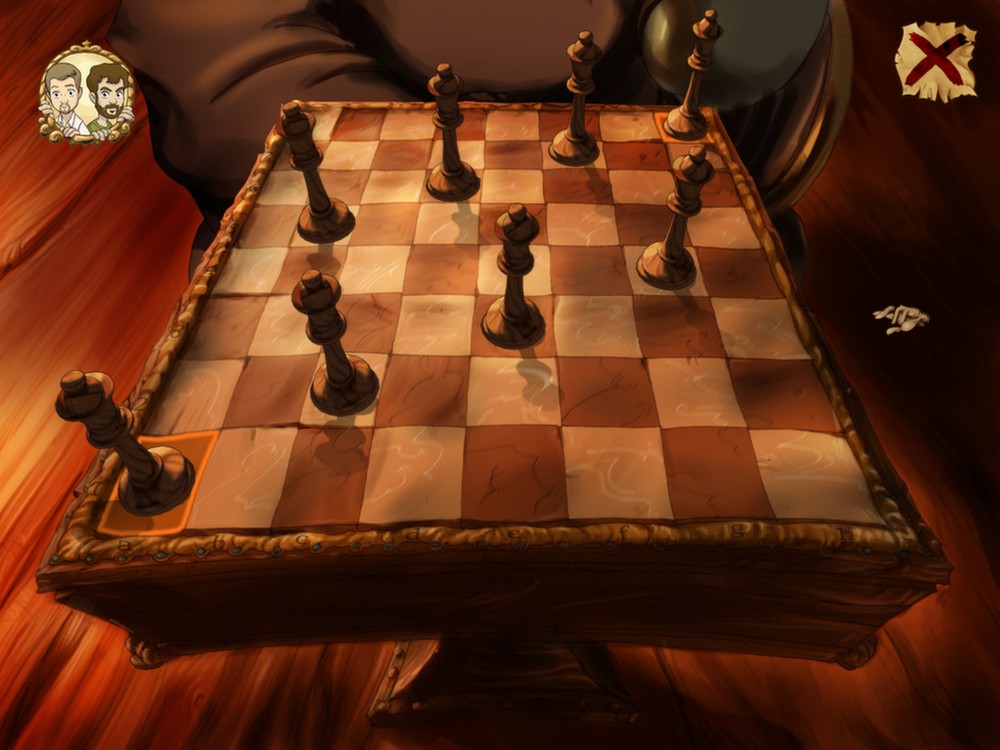 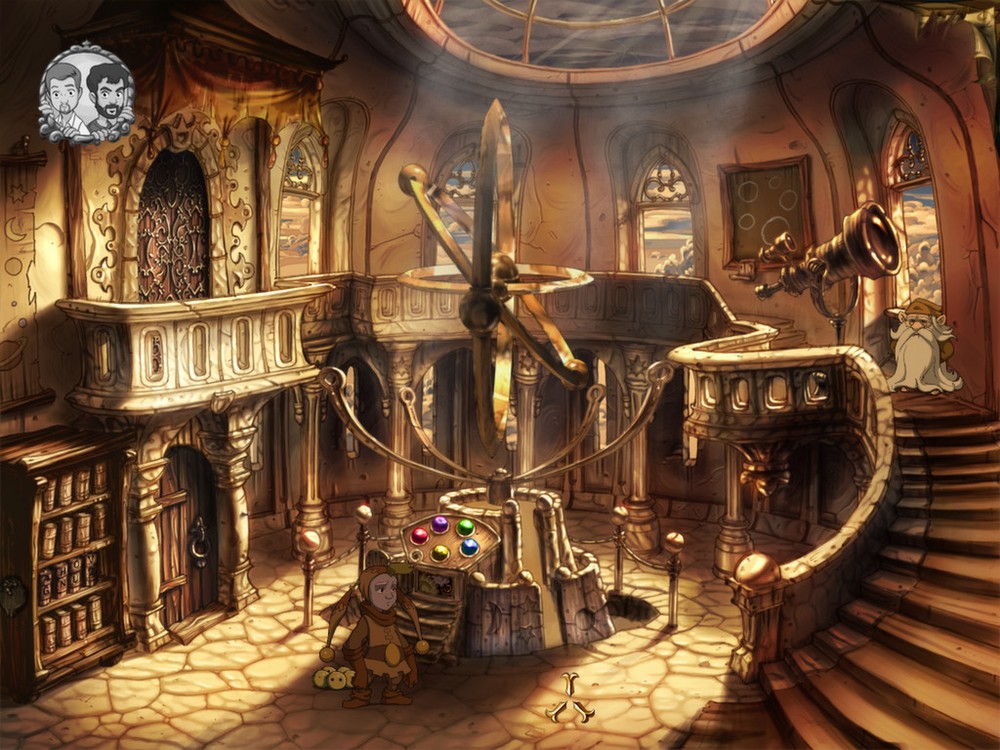