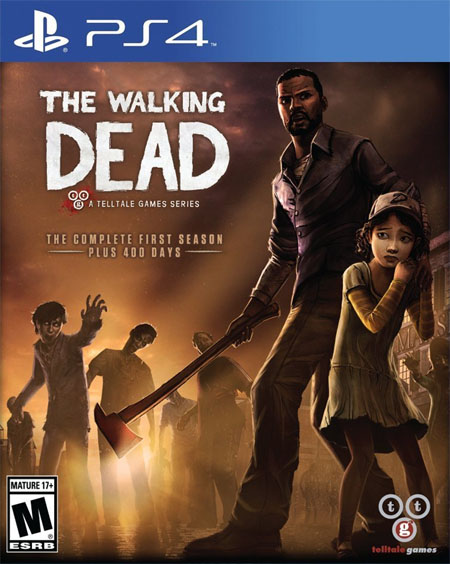 Some technical hiccups that remove immersion.

The Walking Dead is some of the finest storytelling available in videogames...

This review marked the third time that I’d started the first season of Telltale Games’ The Walking Dead, but the first time that I actually made it through all five episodes. This isn’t an criticism of Telltale’s efforts, but merely a statement of how effectively each episode wraps up its particular events, and how tense each episode is, meaning that I couldn’t just finish one episode and move on to the next, I instead needed to take time to process what had just happened and what could possibly come next.

For those few of you who are unaware of The Walking Dead, the game essentially plays out as a videogame version of the choose-your-own-adventure books, in that you pick particular responses to conversations, decide which particular narrative path to push the story down, and generally take part in deciding the fate of a wide range of characters.

The main two characters that The Walking Dead focuses on are Lee, an ex-university professor who, at the start of the first episode has been charged with murder, and Clementine, a young girl who Lee discovers hiding from the undead in a tree house in her backyard. Throughout the game’s five episodes, Lee attempts to safely guide himself and Clementine through a number of precarious situations, where they quickly come to learn that the undead aren’t perhaps as dangerous as the living. 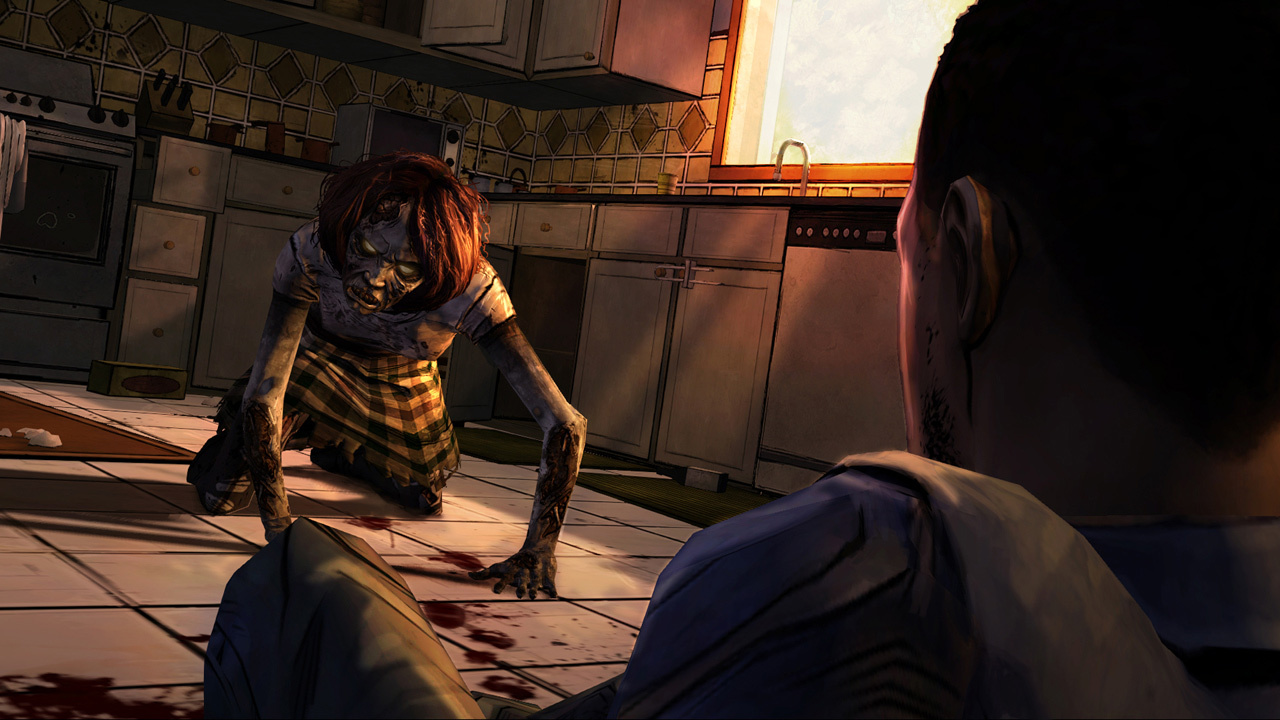 Each episode within the game takes between two and three hours to complete, depending on how long it takes the player to solve the puzzles that are placed in front of them. Most of these puzzles are fairly standard point-and-click examples of finding a particular item and using it in a particular way, but this isn’t where most of your brainpower will be used. That instead comes from making the decisions that determine the fate of particular characters, in terms of both relationships with Lee and their ultimate mortality. Some decisions result in instant effect, such as deciding which of two people you will save from a zombie hoard, while other decisions have longer-lasting repercussions, such as a companion that you slighted earlier deciding not to help you out in a moment of need during a later point in the game.

These decision making moments are unfortunately some of the points where The Walking Dead makes it clear that it’s a game, and this is enough to take you out of the experience, if only for a couple of seconds. There is the option to remove such notifications, but having ‘Clementine will remember this’ popping up in the middle of a conversation only serves to remind you that Clementine is an artificial construction, and that whichever piece of advice you give her only serves to push the story down a pre-constructed path. 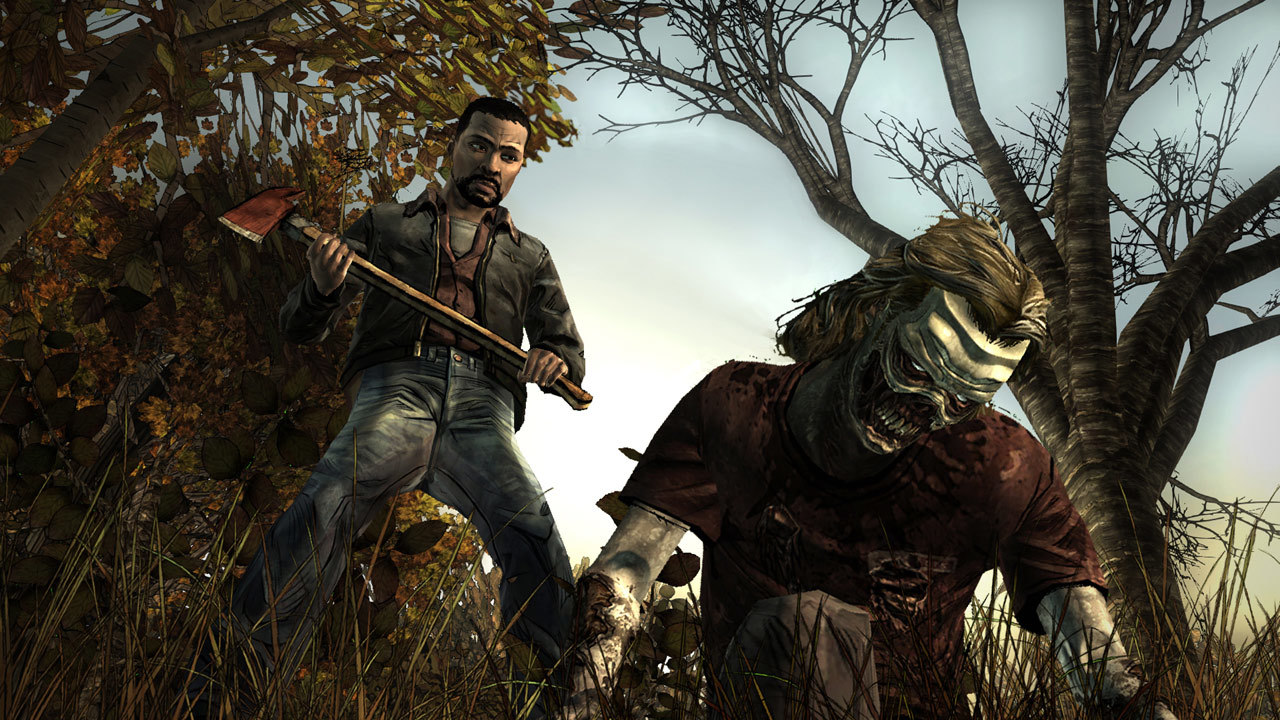 In terms of execution, The Walking Dead performs much better on PS4 than on last-gen consoles, particularly with regards to stuttering, but there were instances that I noticed of story inconsistency and events failing to trigger, such as Lee possessing items that I hadn’t yet found and then proceeded to find later on, and certain characters not appearing until a certain set of steps already performed were redone again. Neither of these were game-breaking, but definitely did enough to once again remove you from the world of the game, which in other places does such an impressive job of drawing you in.

This is in part due to the fantastic writing of The Walking Dead, which creates both an intriguing and involving cast of characters and a believable and terrifying world to put them in. You don’t really get any typical videogame superheroics within The Walking Dead, though you do get a number of moments that rival the best of what TV and film have to offer. It’s not very often that a videogame has me shouting at the TV or muttering ‘oh my god’ under my breath in shock, but this happened multiple times over the course of these five episodes. 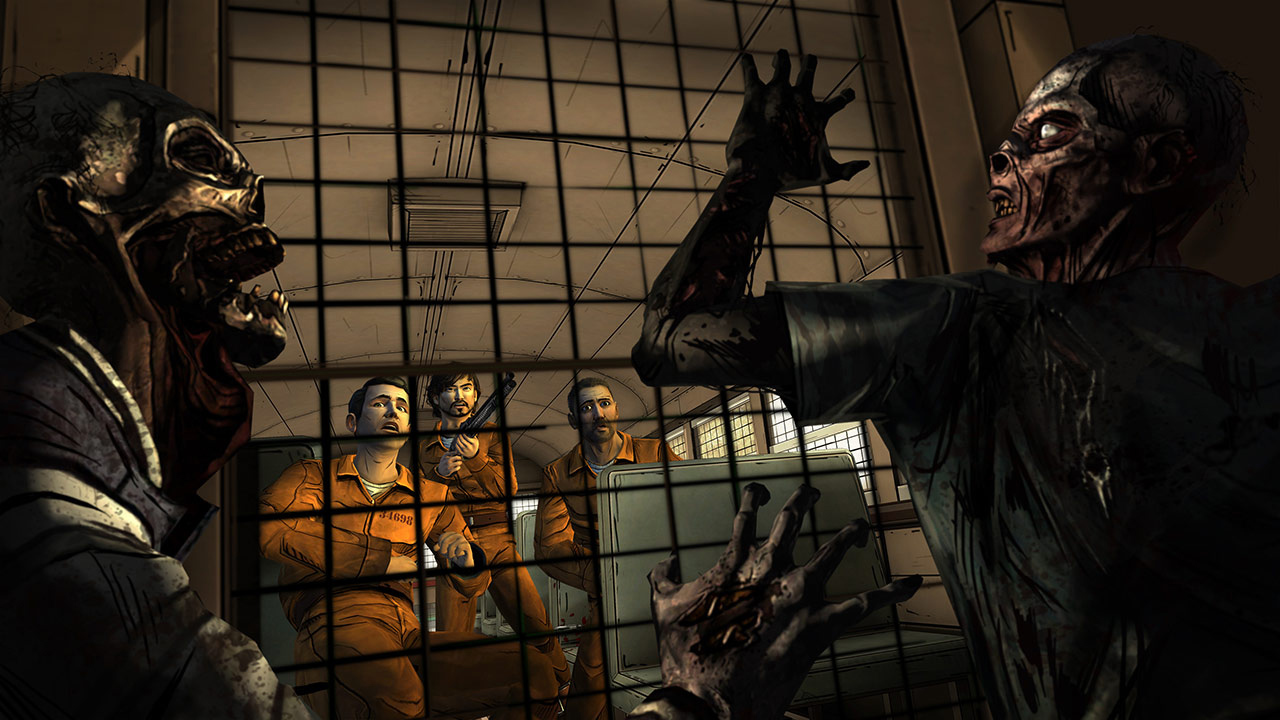 As well as Season One of the game, The Walking Dead on PS4 also contains ‘400 Days’, an extra episode which doesn’t feature Lee or Clementine, but does feature a few characters that you run into during the course of the main game. ‘400 Days’ revolves largely around a truck stop, and allows you to play as five different characters whose stories intertwine at different points and in different ways, and although the time spent with each character isn’t enough to come to know them as well as you do with Lee and Clementine by the end of Season One, you come away from ‘400 Days’ with a better feel of how the world-at-large is coping with the zombie apocalypse. It also serves as a breather from the tense atmosphere of Season One, with a lighter tone for a couple of the characters’ stories.

The Walking Dead is some of the finest storytelling available in videogames at present, and though its pace may be a little slow for some, its episodic structure and length provides the perfect reason to perhaps play an episode a night over the course of a week, which gives enough time for the story to breathe and the player to take in what’s happened to Lee and Clementine during the most recent episode.

Playing on PS4 gives a smoother experience overall than on Xbox 360 or PS3, with less stuttering and what seems to be a higher resolution, though at heart the game remains pretty much the same. Honestly, if you haven’t already played The Walking Dead in any of its previous incarnations, then its release on current generation consoles should give you the perfect reason to rectify that mistake. The Walking Dead is a fantastic experience from start to finish, and can comfortably be recommended to almost anyone. 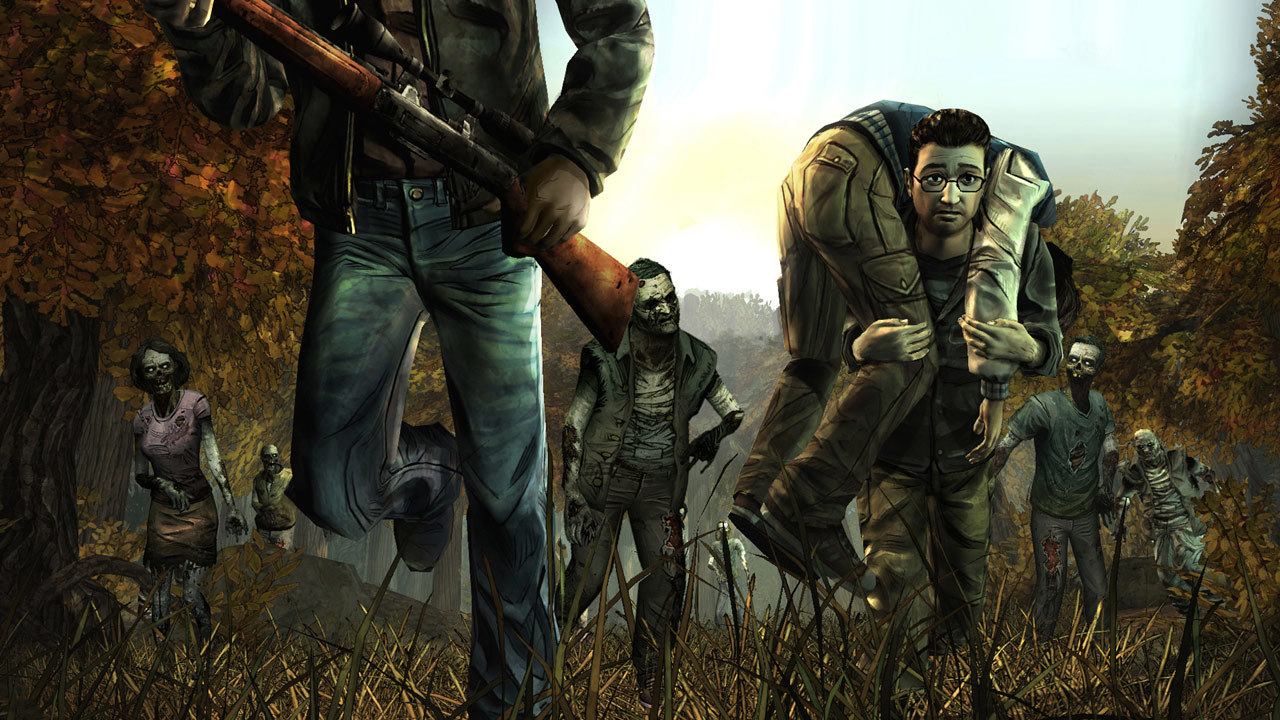 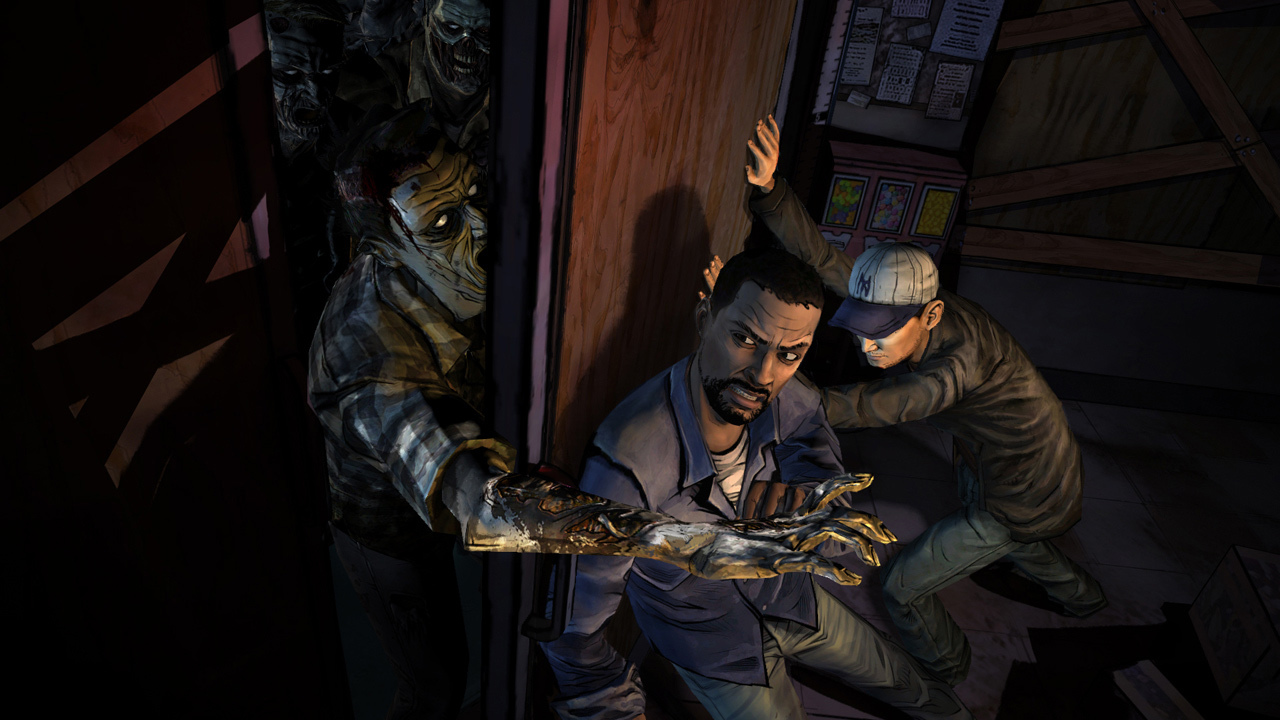 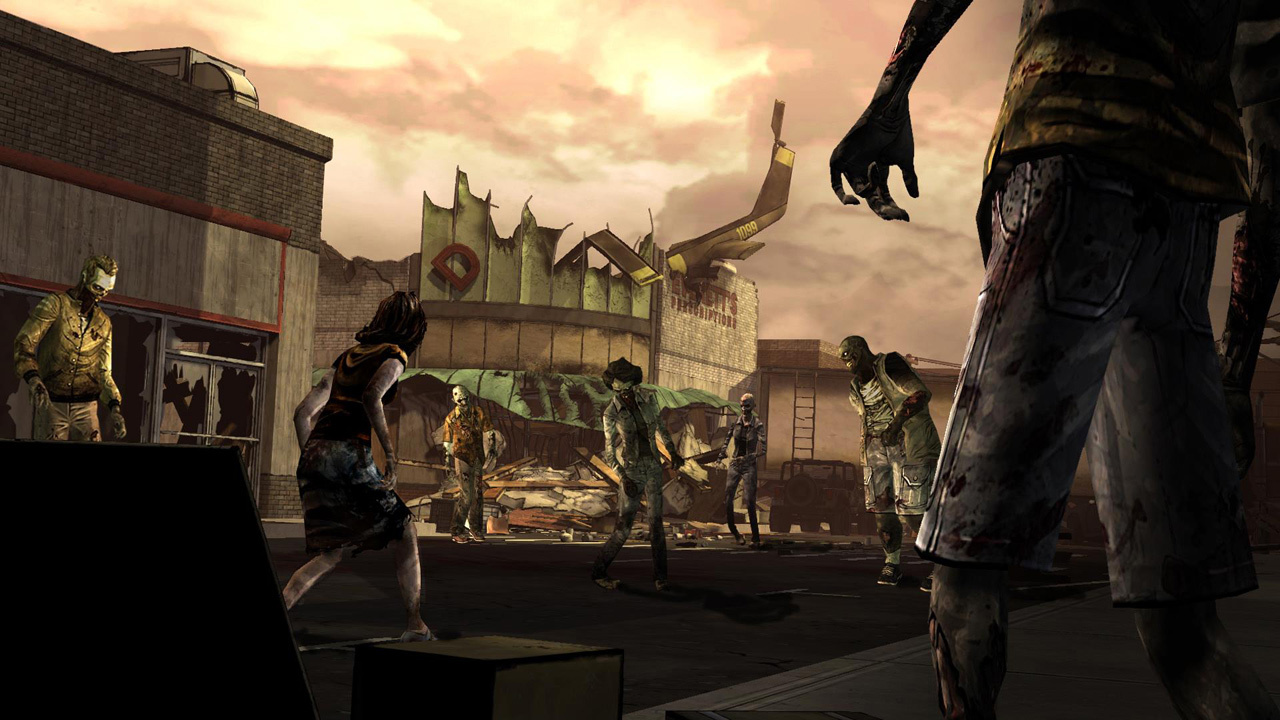 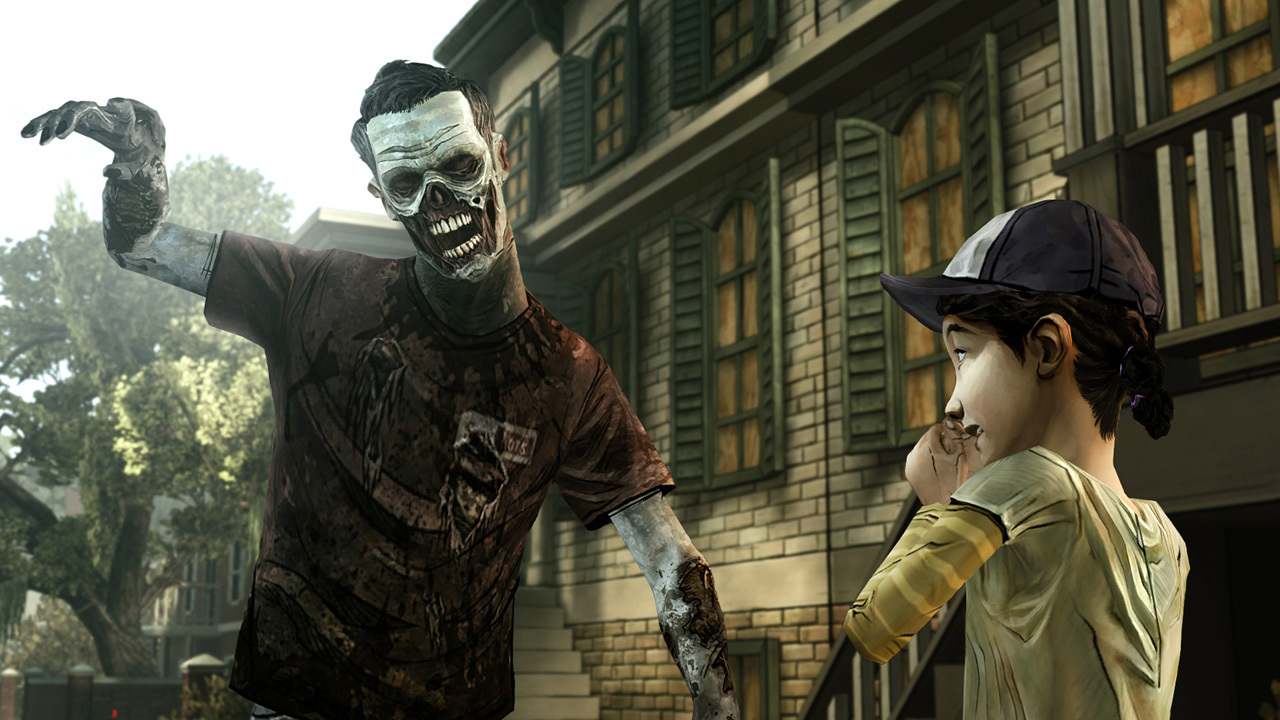 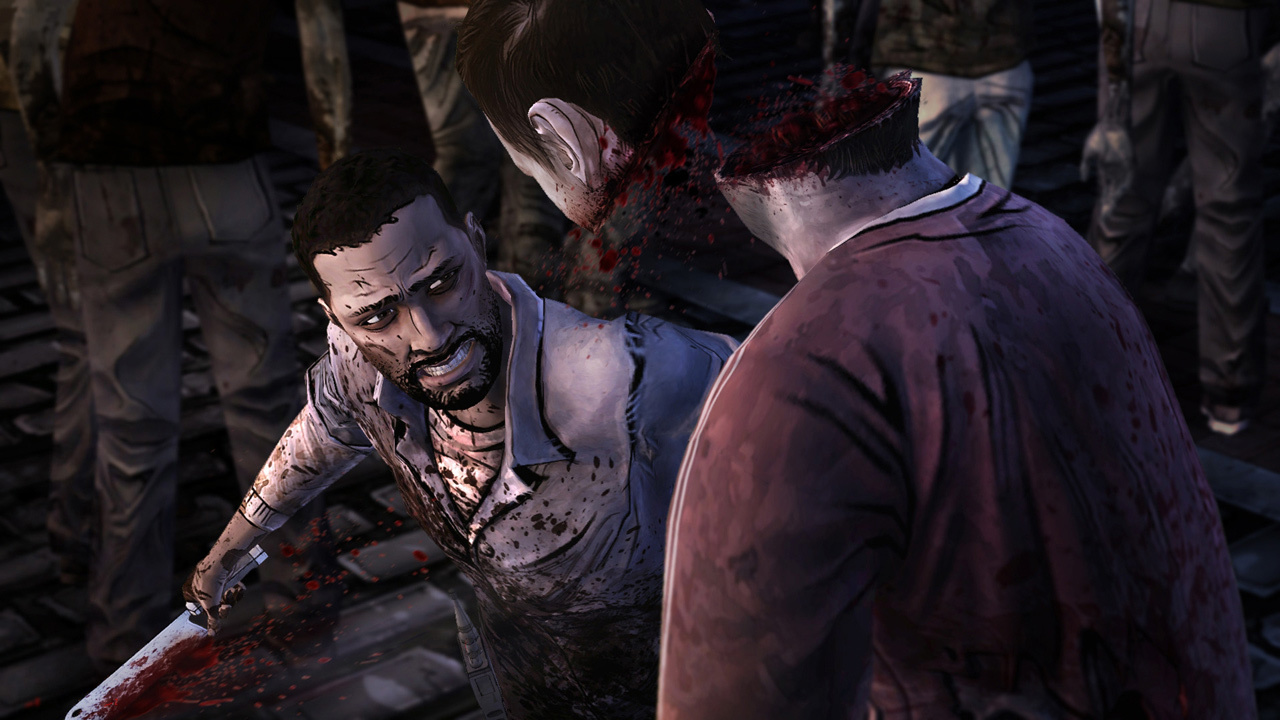 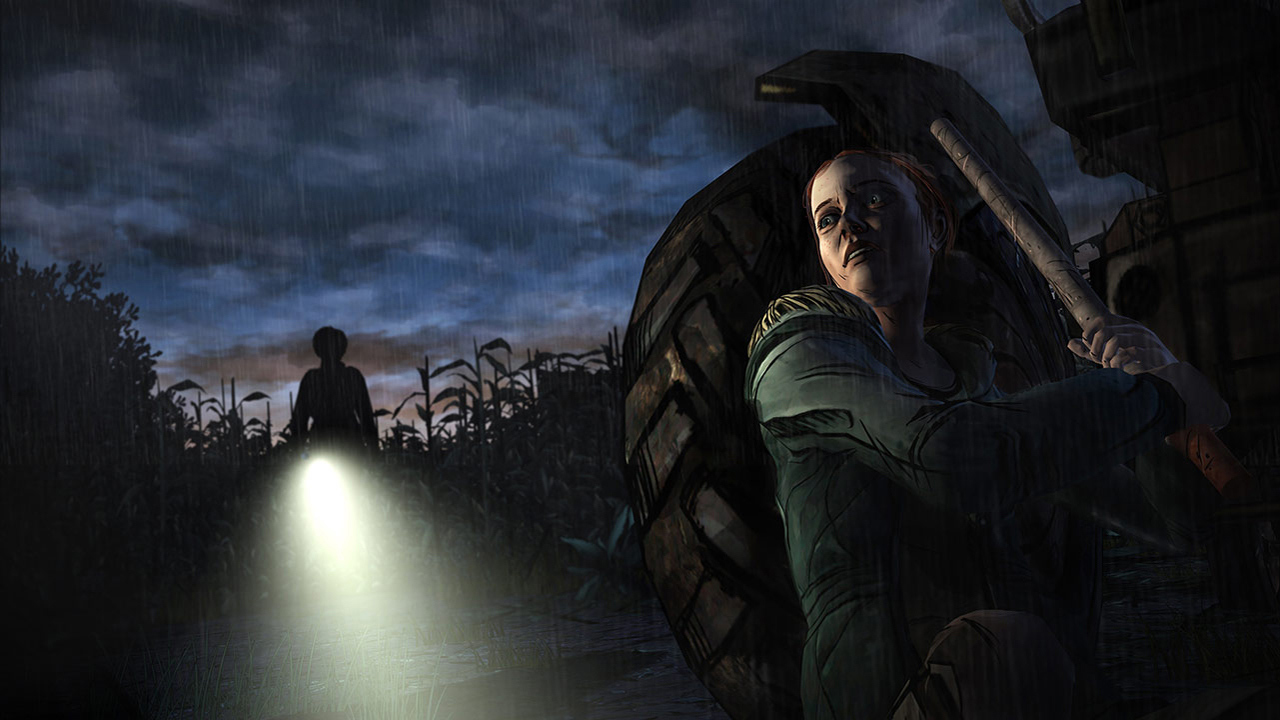 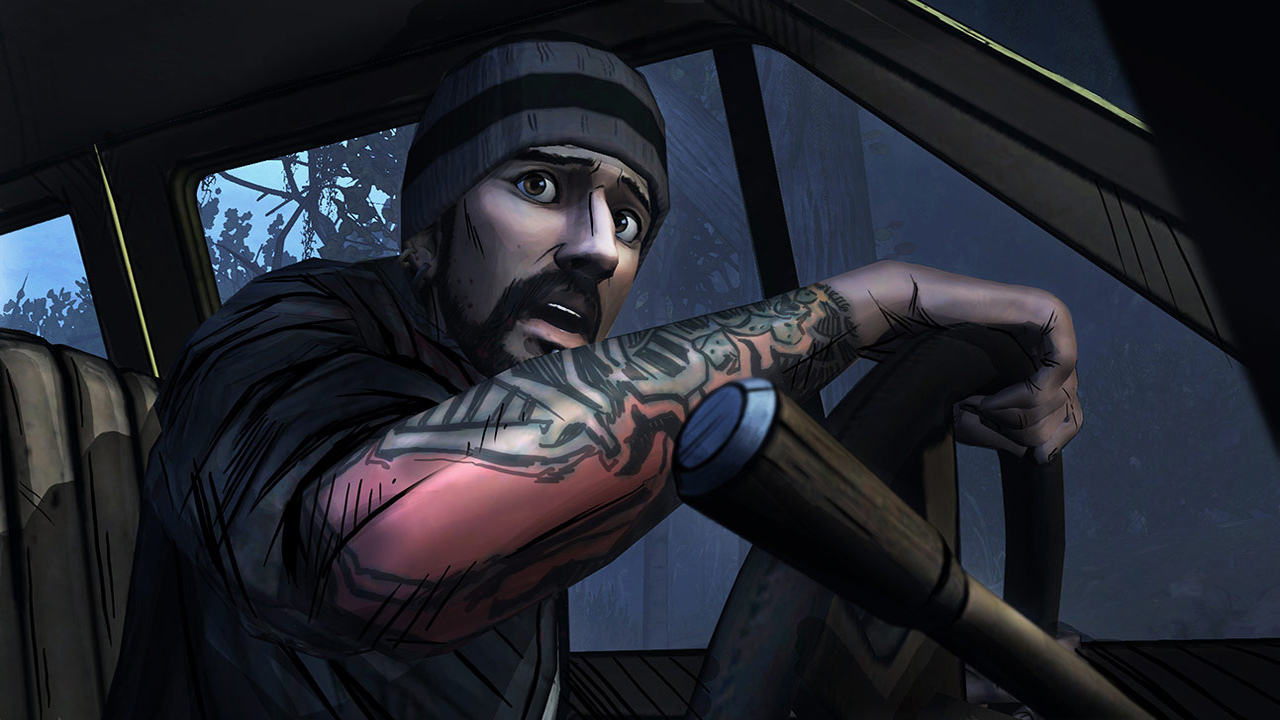