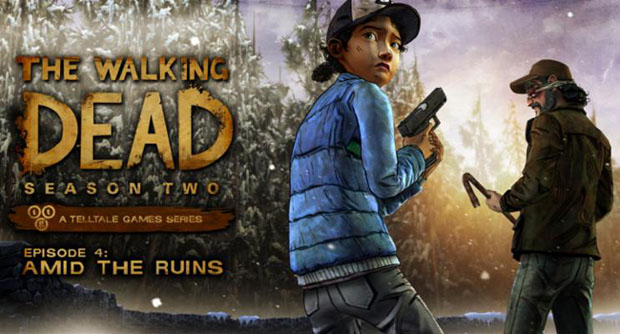 So many choices to make and none of them are particularly rewarding. Make sure to have anti-depressants handy.

Some of the most agonizing decisions you'll ever make wait for you in this episode.

Ahhhh….  That was the scream we heard in the exciting Episode 3 cliffhanger and that is the scream we hear as we rejoin our heroes as they try to blend their way through a walker herd and rendezvous at some nearby Civil War ruins; thus the title, “Amid the Ruins”.  As you might expect from the series by now, the cast roster is going to see some unexpected changes, and personal tragedy hits home and hits home hard for some.  Naturally, Clementine is the cause for most of the drama going on, but only because the rest of the group place unrealistic demands upon the child.

As with most episodes, there is very little I can say and keep this review spoiler-free since most of the 90-120 minute experience is either about losing someone or meeting someone.  To say this fourth installment is depressing would be the understatement of the series.   There are one, maybe two events in this chapter that might make you smile, but even those moments of respite are quickly overshadowed by something equally and unequivocally worse. 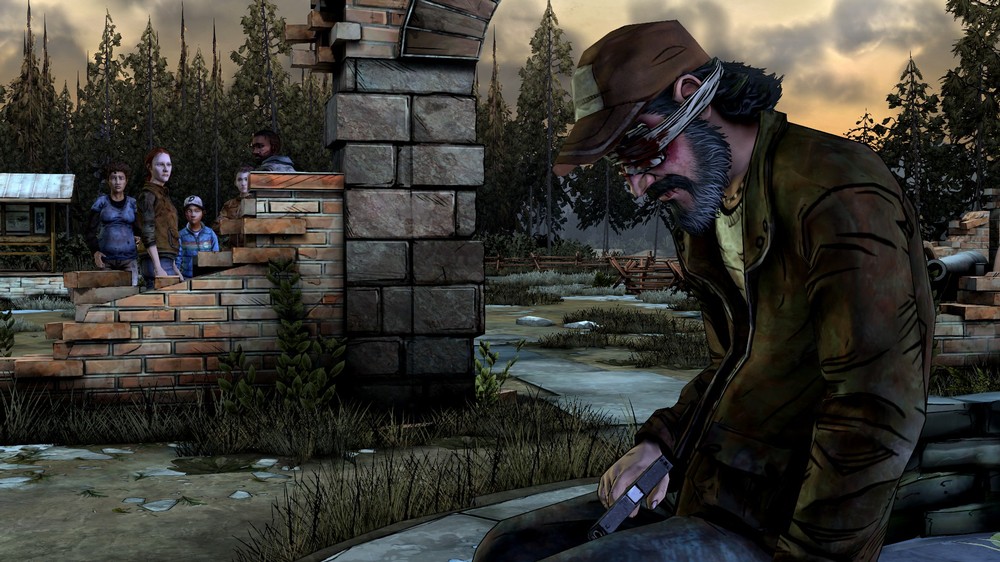 Clem is forced to make some tough decisions; not only in aligning herself with certain survivors, but also in taking and not taking certain actions.  There is one moment dealing with a backpack full of medical supplies that hearkened back to the whole abandoned station wagon scenario in Season One.  We all know what happened with that – even if you didn’t take the supplies, and I was totally impressed that this was the first thing to come to mind when that similar situation presented itself again.  Rather than drawing my own moral conclusion on what to do I was making decisions based on the life experience of the characters who had to make those choices.

As always Clem is the one that gets to do all the “heavy lifting” so to speak despite being surrounded by seemingly capable adults.  She’ll get to talk to everyone and search the various new locations for clues and items to interact with as well as make some fairly important decisions for the entire group.  And finally, after nine episodes somebody finally acknowledges the burden they put on Clem, even if it took her almost getting torn in half for somebody to realize it.

The game still presents you with a modicum of choices, although I was finding that no matter what you choose you almost always get funneled into the same outcome.  The core story is notably linear although the path through it can take a few momentary excursions into something unique.  This particular episode is a bit light in interaction.  There are lengthy sections where you simply watch events unfold then maybe pick a dialogue option and trigger another bit of exposition.  The moments where you have true freedom to move and explore were few and far between, and even then your choices were limited and mostly observational. 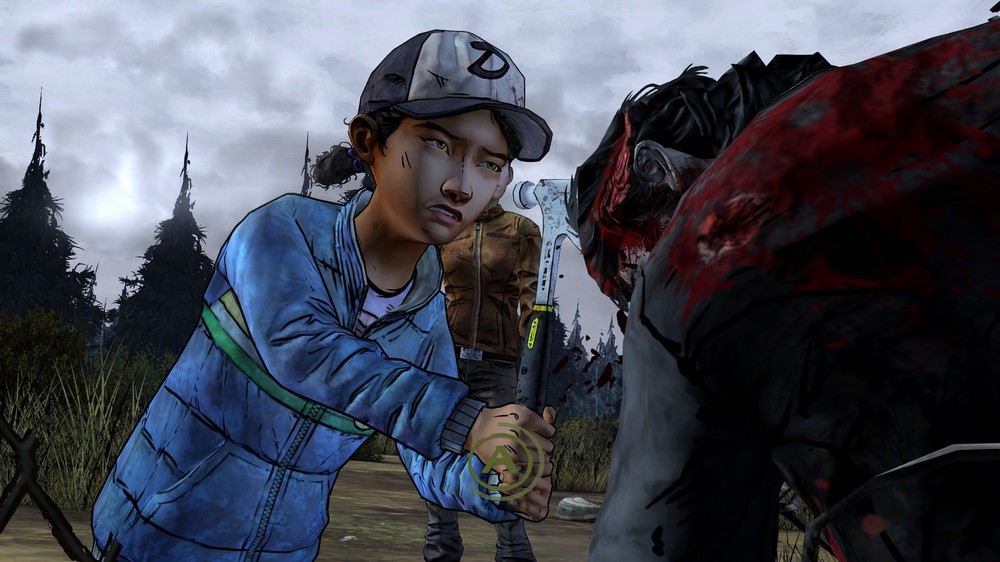 The entire episode spans only two days, following your escape from the big box store, and most of the time is either spent in damage control trying to repair broken relationships or searching for supplies and shelter for an upcoming “birthday”.  With so much loss in this episode, the impending arrival of a baby could be considered the only true motivating force for anyone to do anything.

As with the previous episodes, the graphics, sound and overall presentation are outstanding with interesting new environments and some great cinematic camera angles for exploration and action sequences, of which there seem to be a lot more of this time around.   The level of interactivity ramps up considerably compared to other episodes.  There are still plenty of conversational choices, and as always the timed bar for responding seems to be unnaturally short, forcing me to make rushed decisions even during calm and casual conversations.

The Walking Dead -Episode 4: Amid the Ruins ultimately asks more questions than it answers and sets up some new conflicts that could be challenging to address and conclude in the remaining final episode of Season Two.  A lot of important “stuff” happens in this episode, and the pacing more than makes up for the previous lazy installment, but I honestly have no idea where this story is going at this point.  As someone who is usually two steps ahead of any story I find this to be a unique and intriguing place to be, as I eagerly look forward to the final chapter to see how this all plays out. 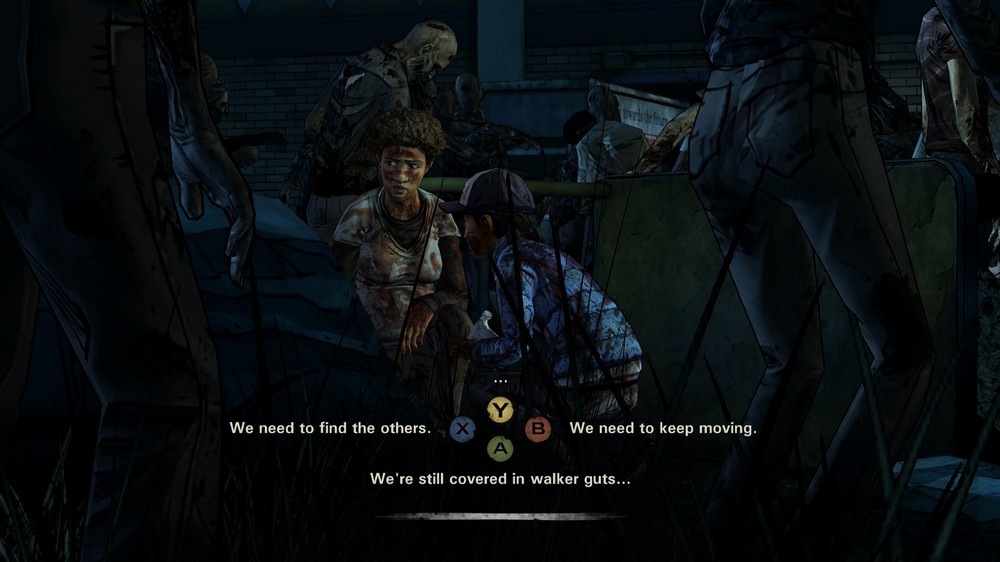 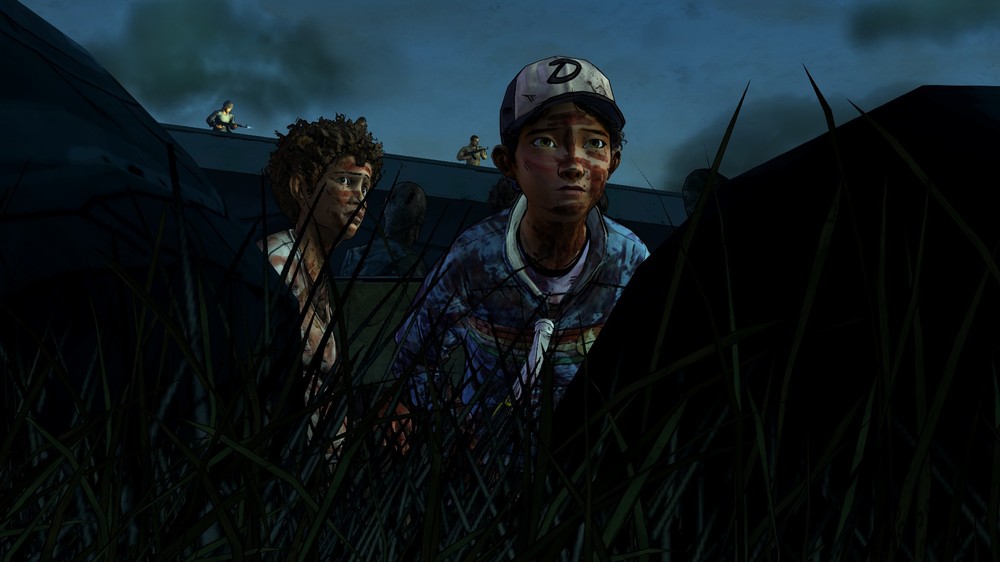 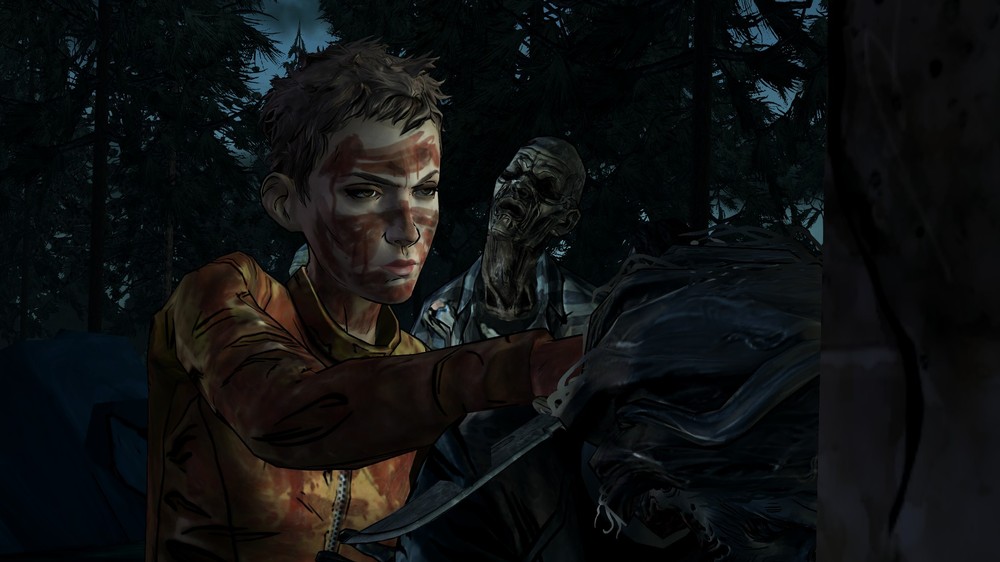 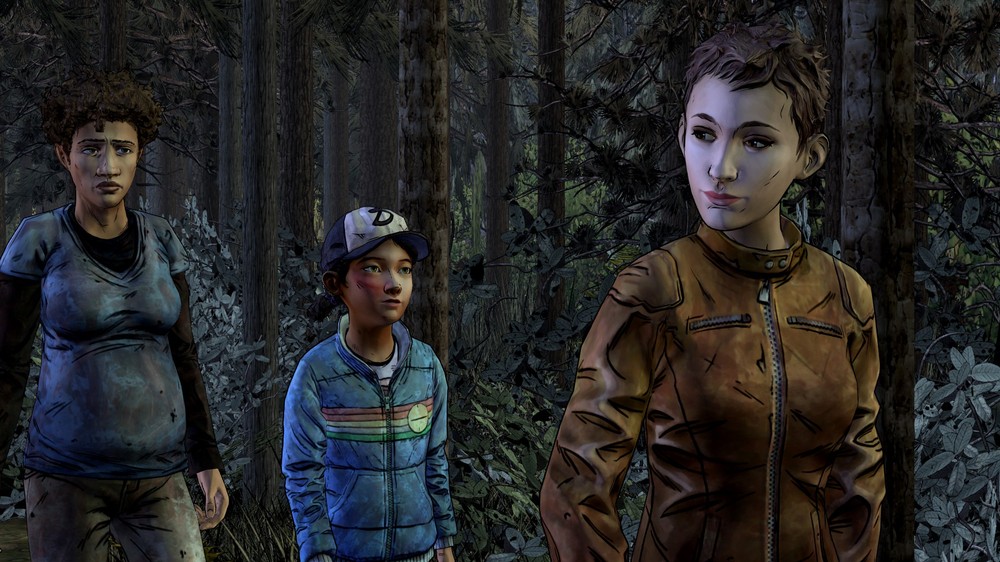 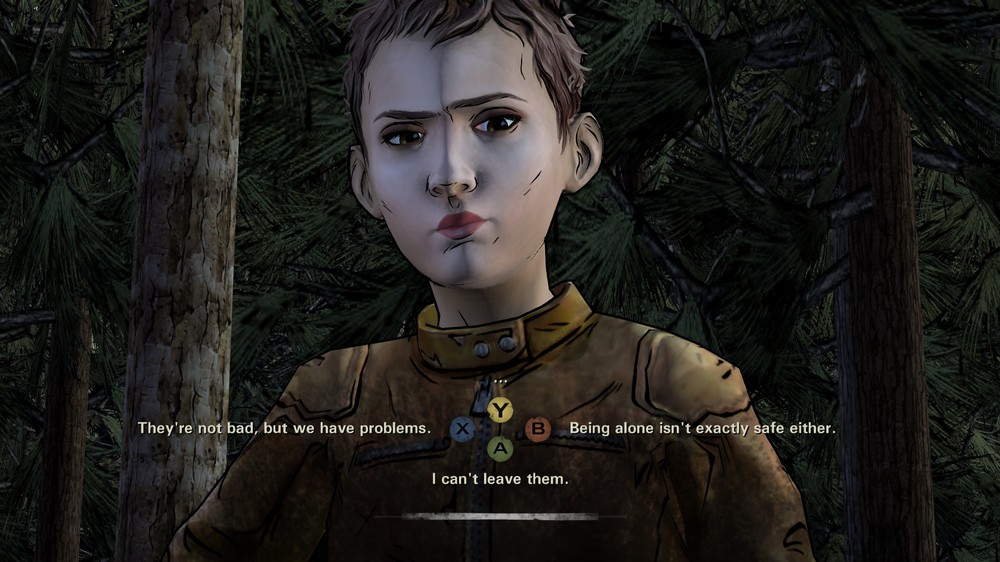 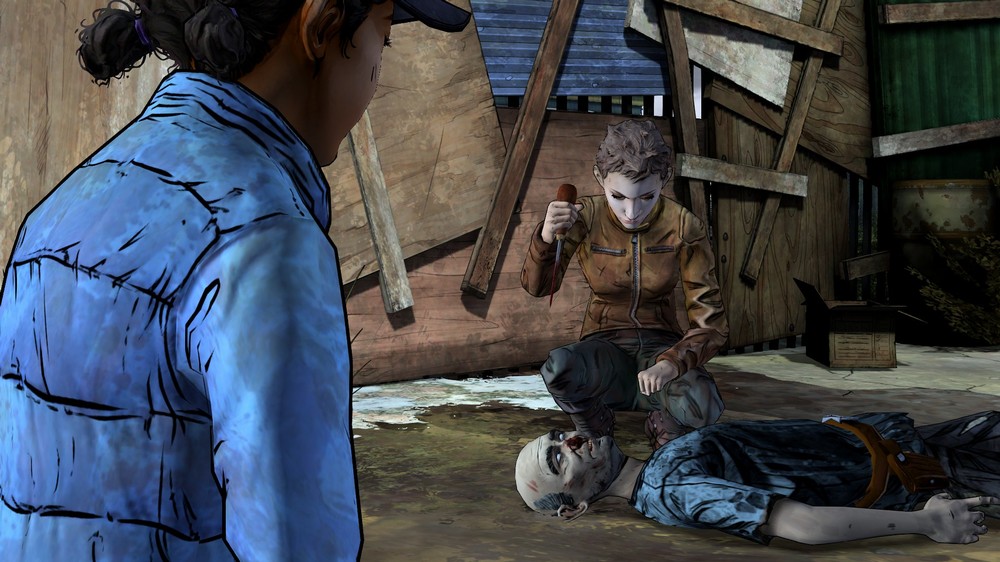 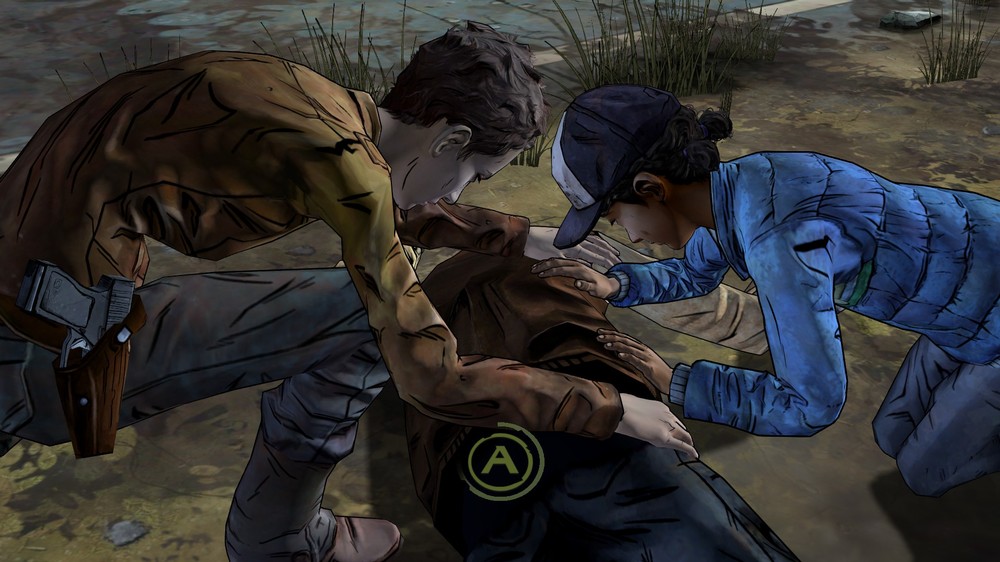 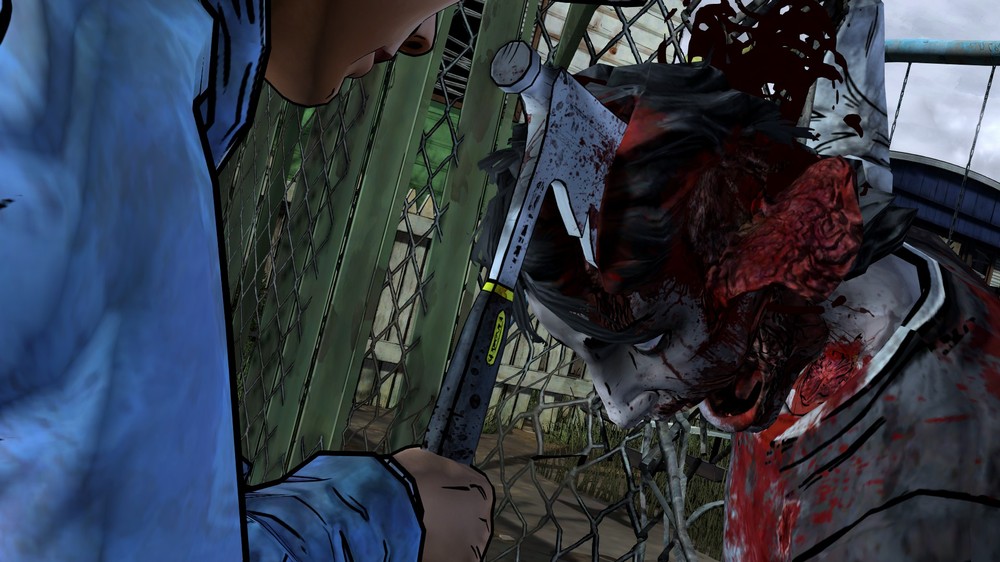 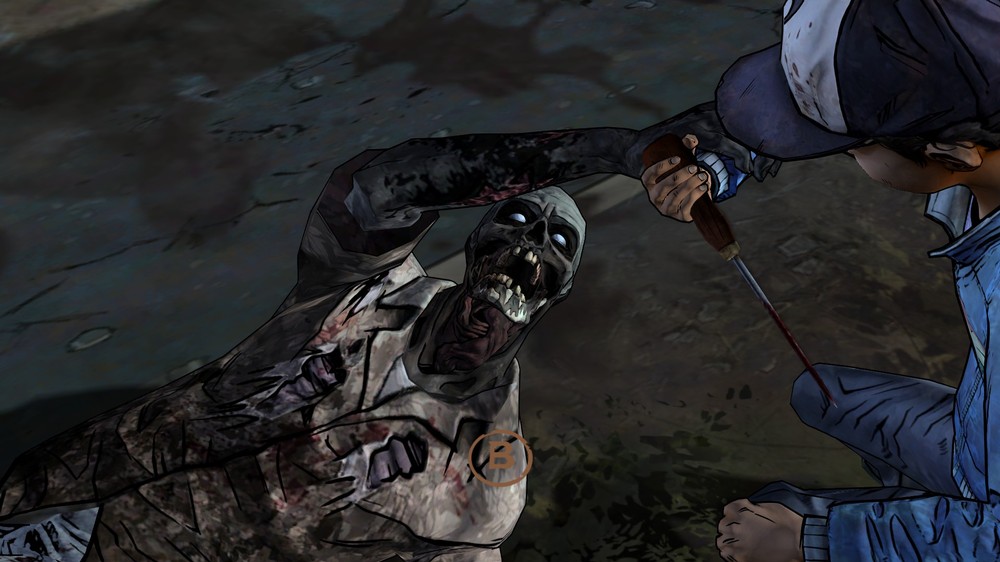 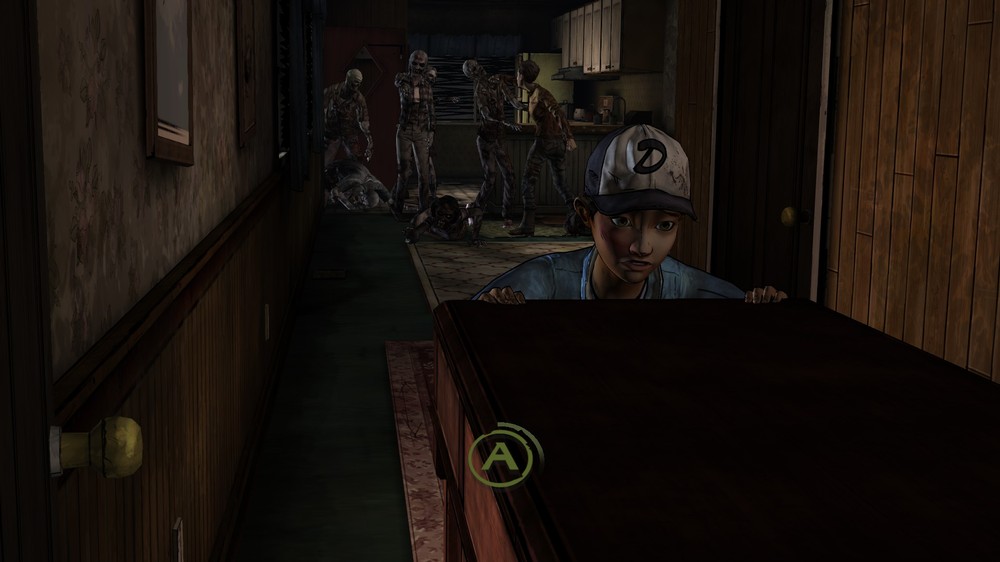 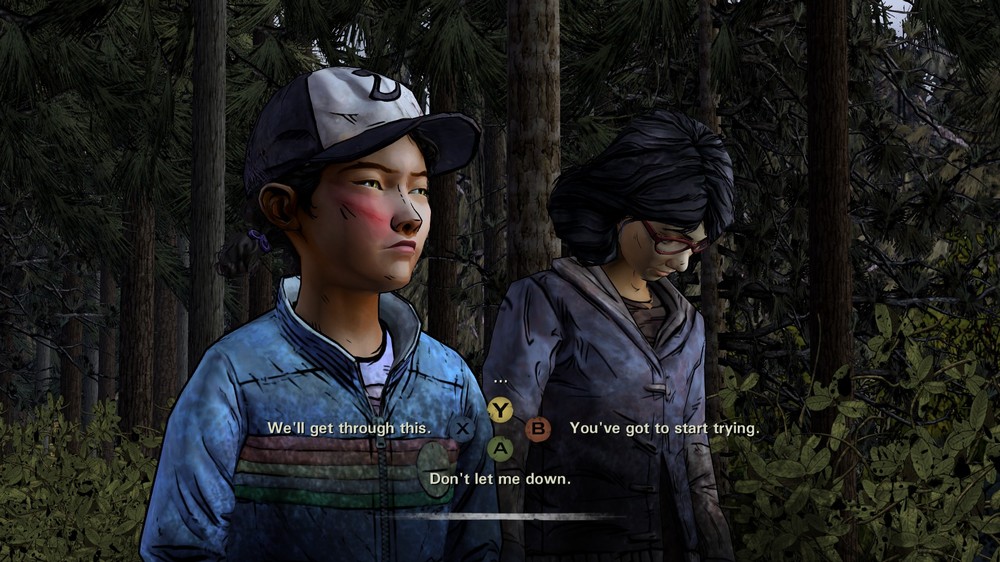 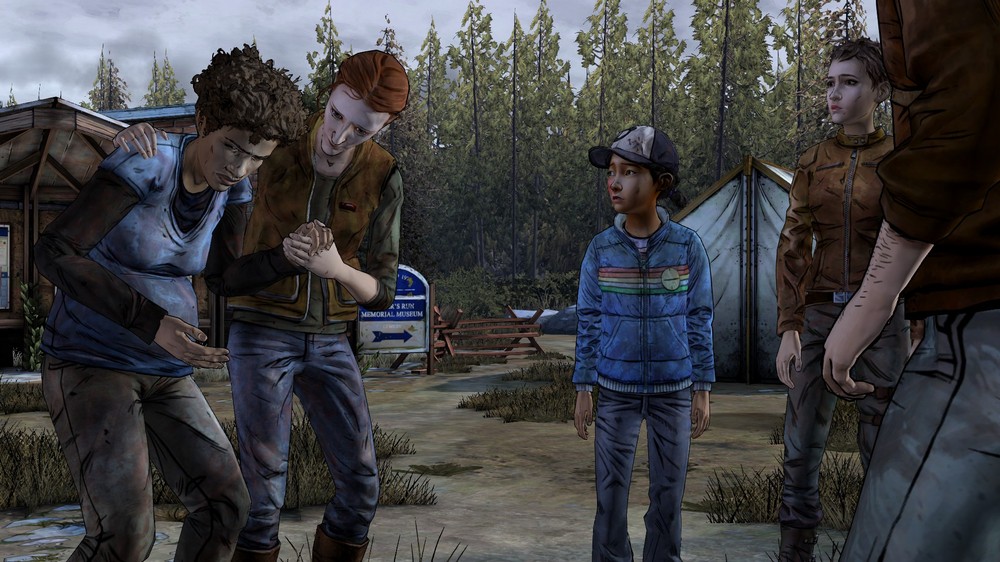 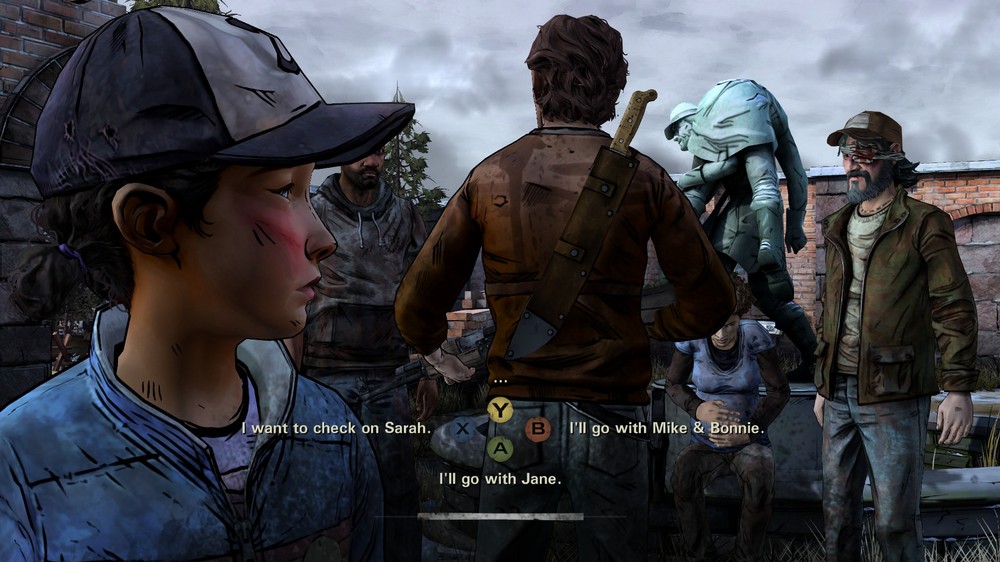 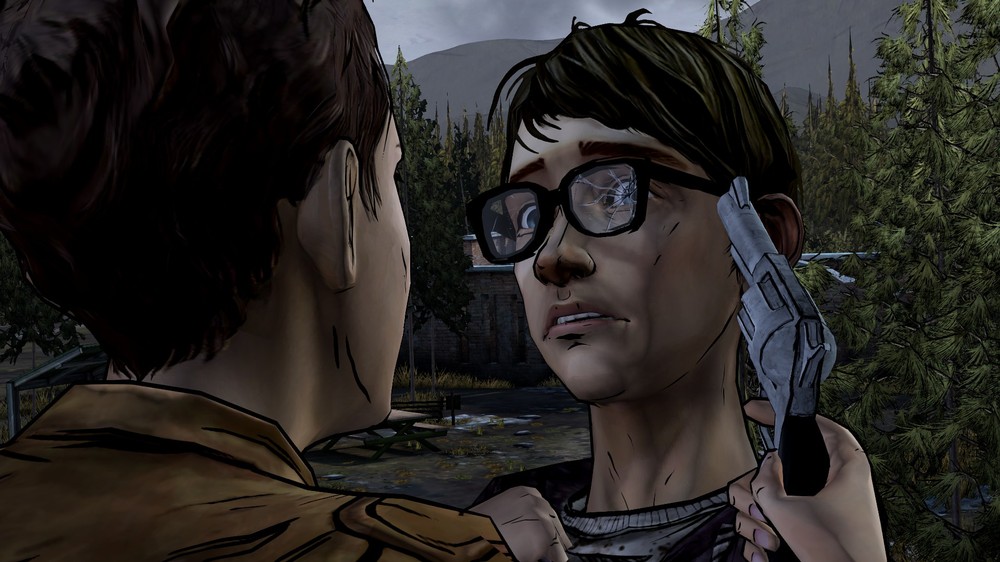 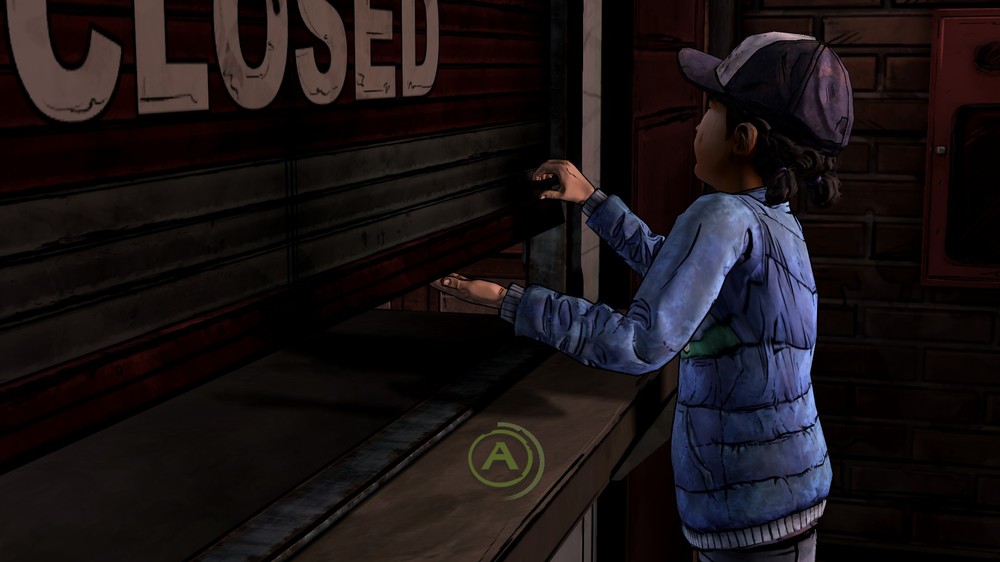 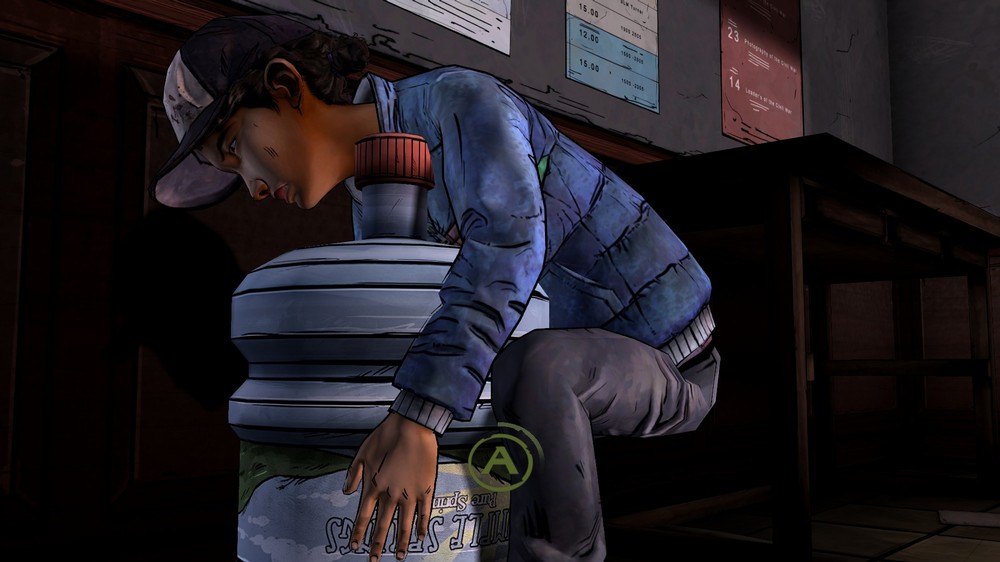 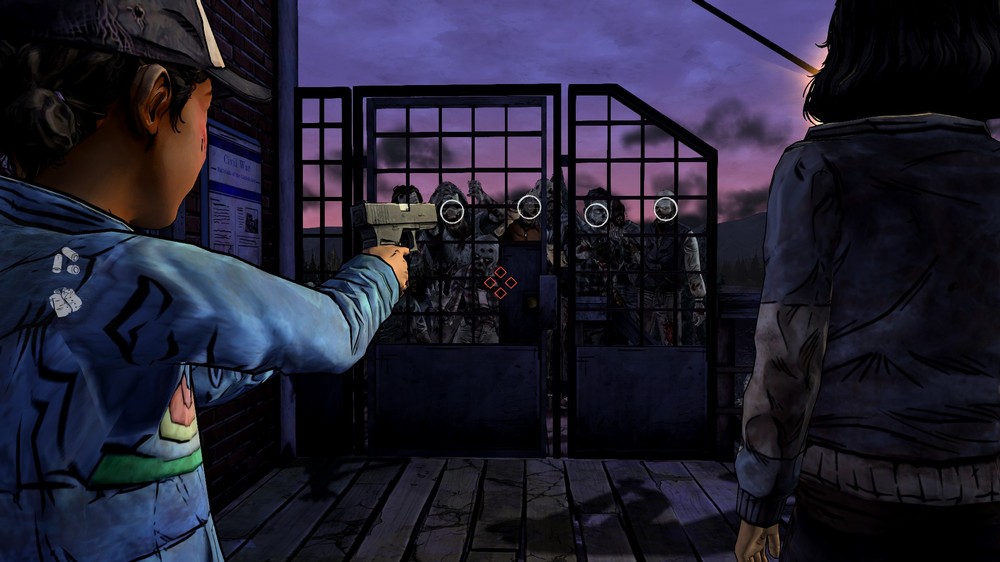 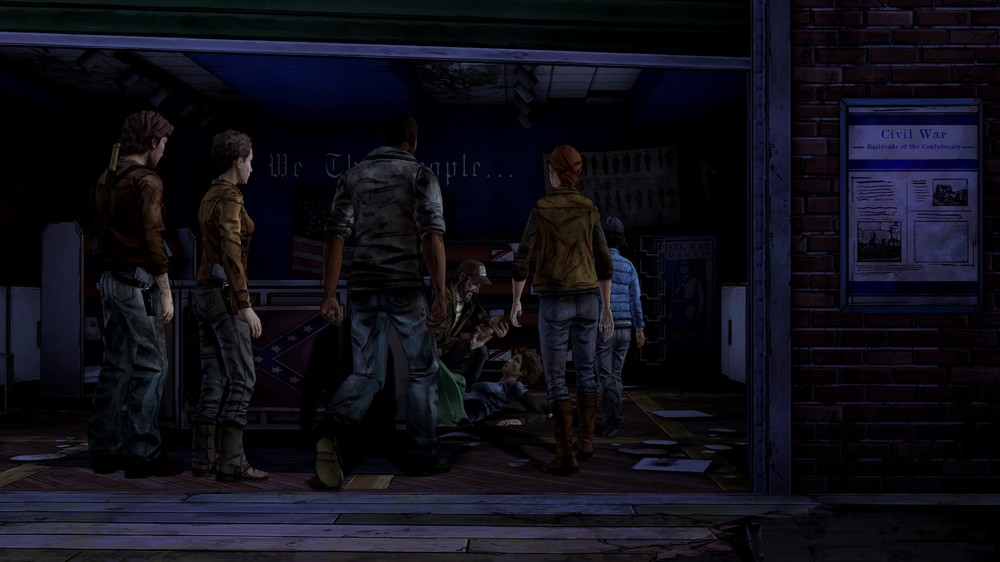 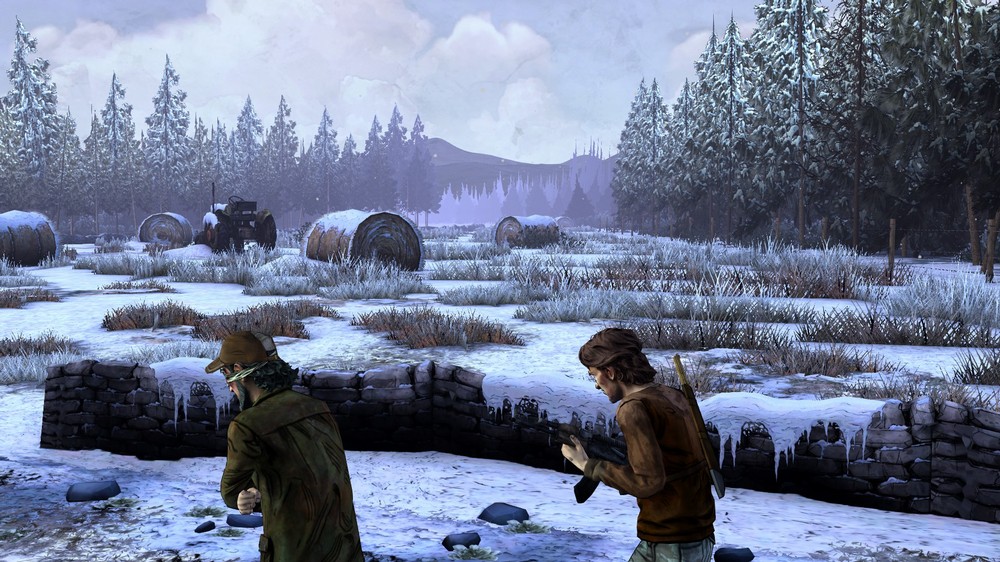 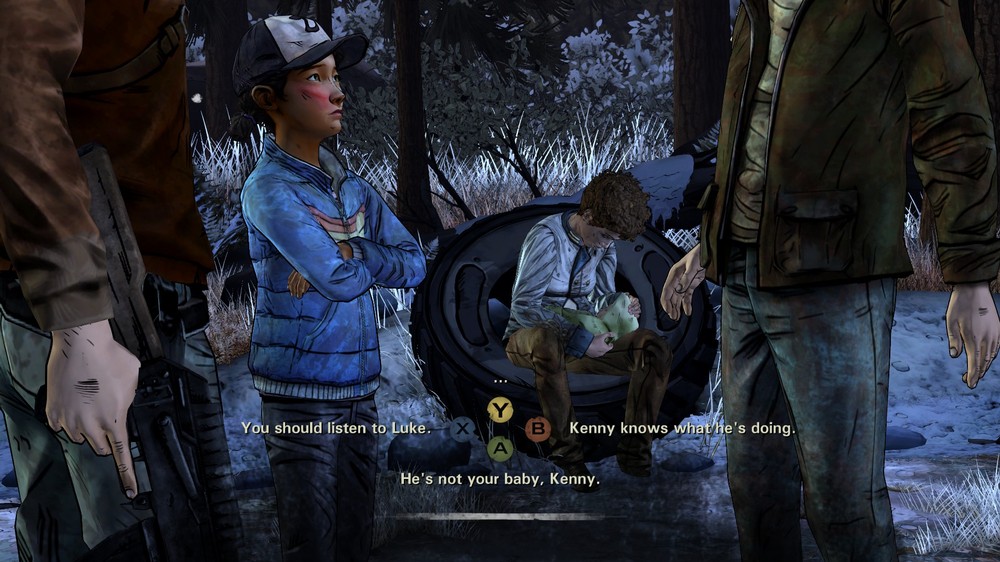 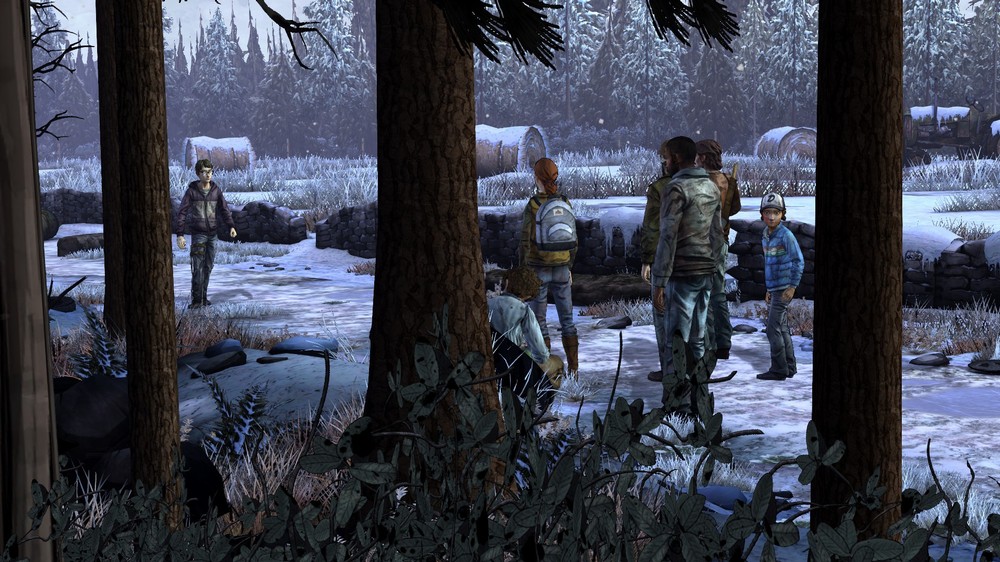