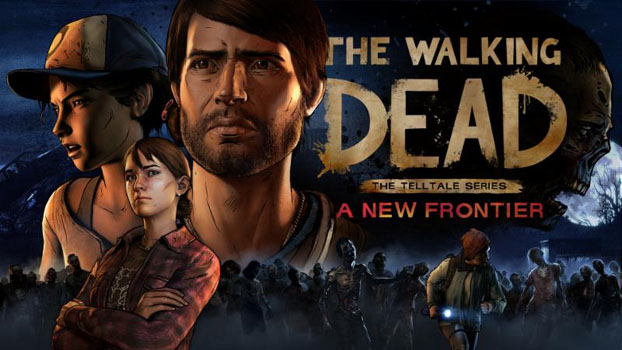 The wait is finally over. After two years we finally get our third season of Telltale’s Walking Dead adventure game, and I have to admit, this latest installment kicks off with a bang and looks like it will easily live up to our expectations. While Season 2 was more of a direct continuation from the first, many years have gone by since we last saw Clem and a lot has changed. Even so, A New Frontier will build off your choices from the previous games if you’re a packrat and still have those files on your system. Personally, I had to opt for the “Recreate” option where I was asked ten pertinent questions that covered key events from the first two games. Not only will this directly influence key events and playable flashbacks, it also serves as a nice refresher for those who haven’t played this series since 2014.

In many ways The Walking Dead: A New Frontier is more reboot than sequel. I’m sure most gamers were expecting to start off as Clem and immediately catchup, but instead we are taken back to zero day when the zombie virus began. While Lee and Clem were sharing their first treehouse encounter we get to meet Javier, his brother David, and the rest of the Garcia family. Javier is an ex-baseball player, banned from the league for illegal gambling who is rushing home to be at his dying grandpa’s bedside. There is some immediate family tension communicated through brilliant storytelling and conversation prompts as well as hints of a secret attraction between Javier and David’s wife, Kate. But family squabbles turn to survival when grandpa doesn’t want to stay dead. 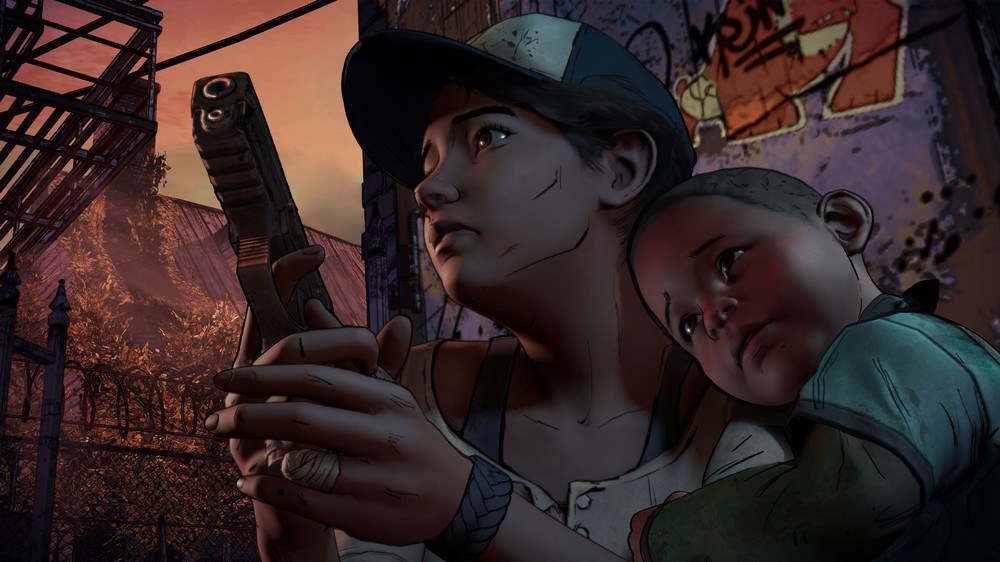 This is just the first of many flashbacks that are expertly used to fill in the gaps of the missing years since we last saw Clem as well as useful backstory for the Javier and Kate, who we next see driving down a lonesome highway with David’s kids, Gabe and Mariana…but no Dave. The various relationship dynamics are quickly outlined with some more engaging story and dialogue before we get to the first of several action/adventure sequences when Javier pulls over to search a seemingly abandoned junkyard for supplies. This is pretty much the crest of the 2-3 hour rollercoaster ride that is about to ensue; because once this game gets started it seldom lets up.

What shocked me most was that going into this game I was all anxious to find out about Clem that I didn’t even realize how much time had passed before she actually made her first triumphant appearance. The way she has matured as a character is absolute perfection; molded into the young, yet formidable young warrior by both the choices I made and those beneficial survival tips from Lee. Clem steals every scene and sequence she’s in to the point where the game loses a bit of its appeal when she’s absent.

As expected there are numerous new characters we get to meet, but I recommend not getting terribly attached to any of them because…well, this is The Walking Dead. There is even a surprised character from the comics and TV series that joins the party by the end of Part 2. There are so many surprises and plot twists and depending on your choices you’ll also get to see some shocking flashbacks to what Clem was dealing with those years on her own. 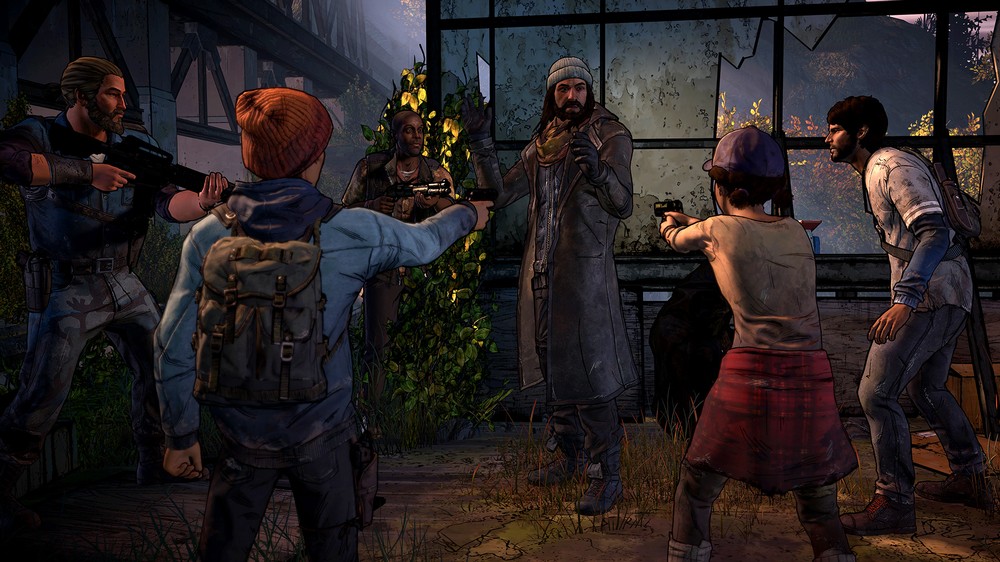 Telltale has tweaked their engine so the graphics are even better than before while maintaining that distinctive cel-shaded style. The character designs are amazing and you can actually see emotions in the expressions. On the PC the lip-sync was flawless as was my entire experience with the first two installments of the season. There wasn’t a single hiccup or crash in the three hours I played.   The audio is also exceptional with a talented voice cast and some amazing surround sound audio that turns a 2D game into a 3D interactive experience.

As always the game builds off the choices you make and key decisions are documented for post-game analysis and comparison with the world and your friends. Also back is the new Crowd Play option that lets you share your game session with others and lets them vote on dialogue options. You can choose to veto their majority vote or sit back and let your audience play the game for you…at least the decision parts. It’s a clever idea but seems to have a negative impact on performance if you get more than 20-30 people participating.

After finishing the first two episodes (which was basically one episode divided into two parts) my only complaint is the brevity of the experience so far. With each episode clocking in at 75-90 minutes I can only hope that the remaining chapters return to their 2+ hour usual length. On the plus side, there is so much action and story packed into each episode that it feels longer. My previous complaint about rushed choices seems to have been addressed as the decision timer is now a bit more generous – either that or I’m just getting better at making snap decisions. 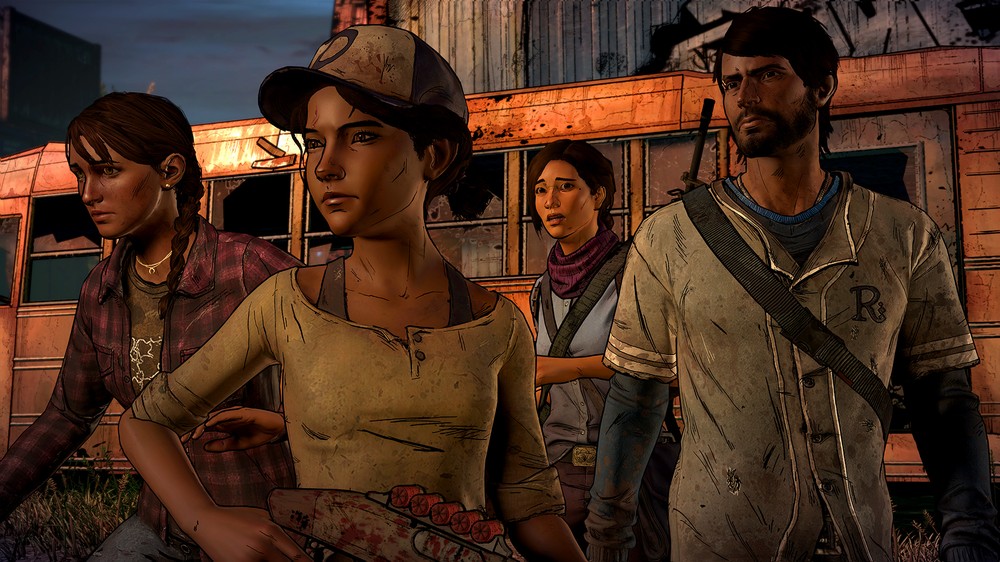 My only other minor complaint is that I have this rule about playing these games only once so I am forced to live with my choices, but this is the first game to have entire sequences of original gameplay content based on your choices during the Recreate portion of the game. So if you want to see the fate of Kenny or Jane or any other possible outcomes you’ll need to either replay the game several times or find some YouTubers who made those other choices for you.

After the first two episodes of The Walking Dead: A New Frontier I am eagerly anticipating the rest of the season. Both the first and second episode end with jaw-dropping moments, and it’s these moments that make it so much more fun to play these games episodically rather than binging the entire season months down the road. So if you have the patience I highly encourage you to check out this latest season of The Walking Dead.   A New Frontier isn’t just a knockoff variant of The Saviors. It’s the perfect title for a new cast of characters embarking on a new adventure that captures everything we love about The Walking Dead franchise. 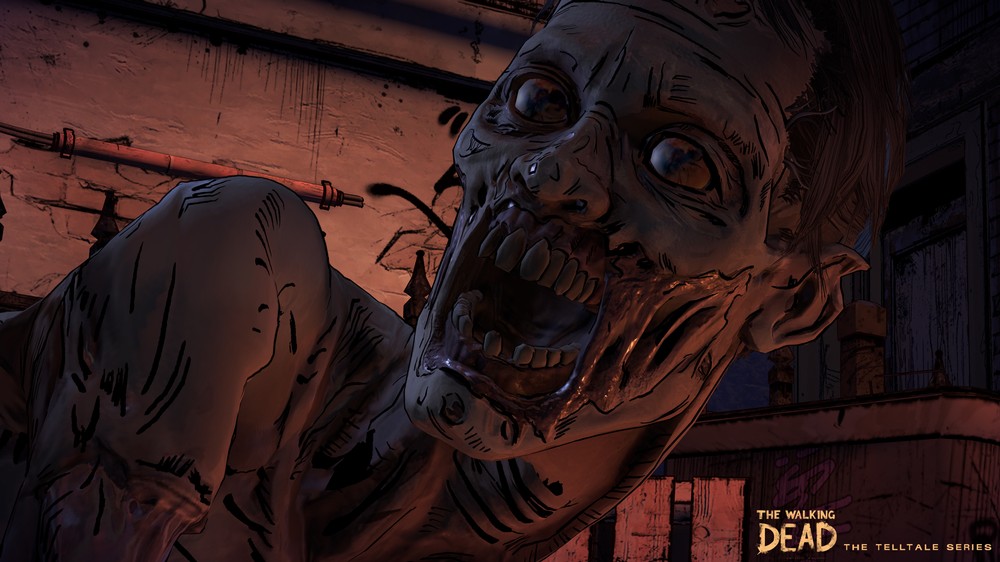 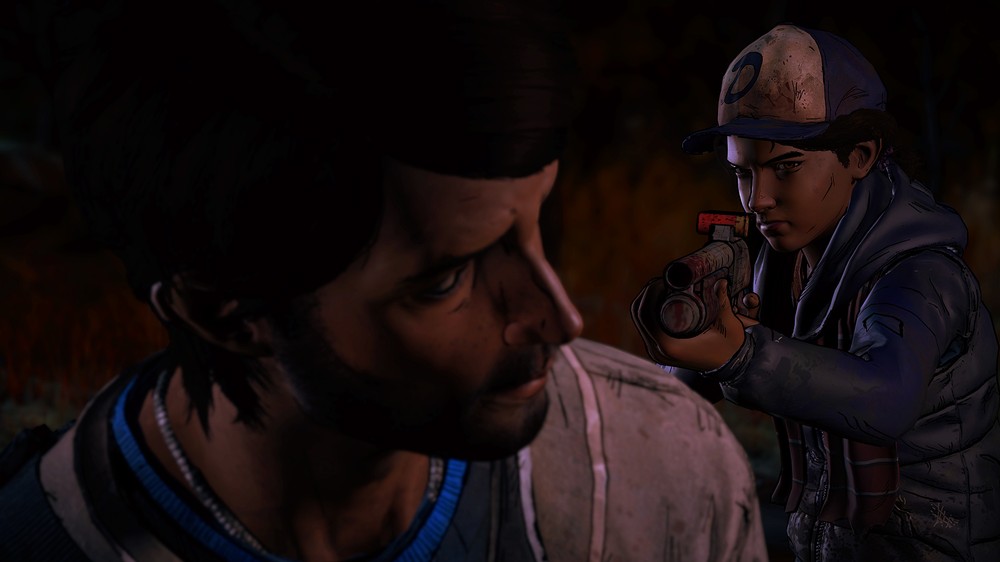 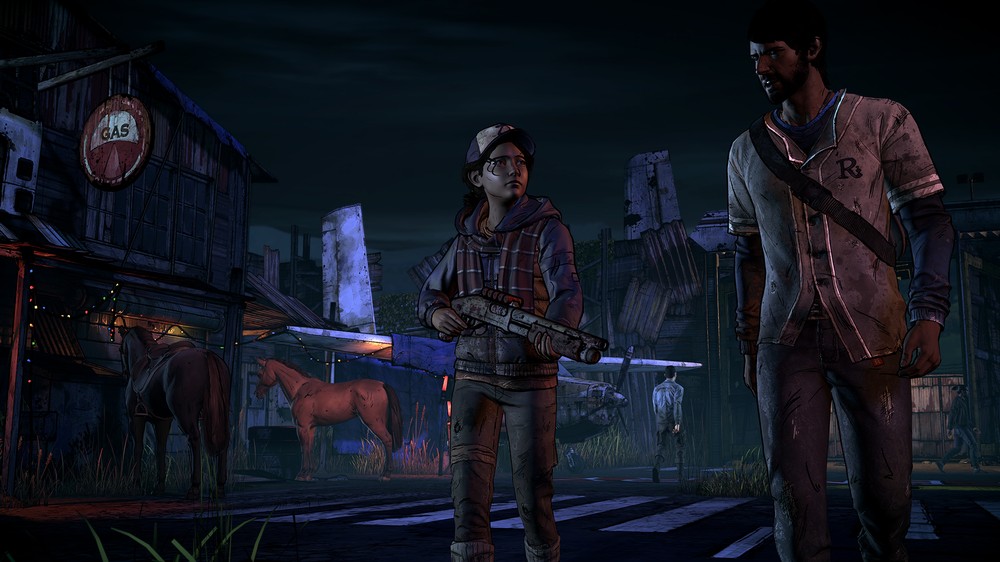 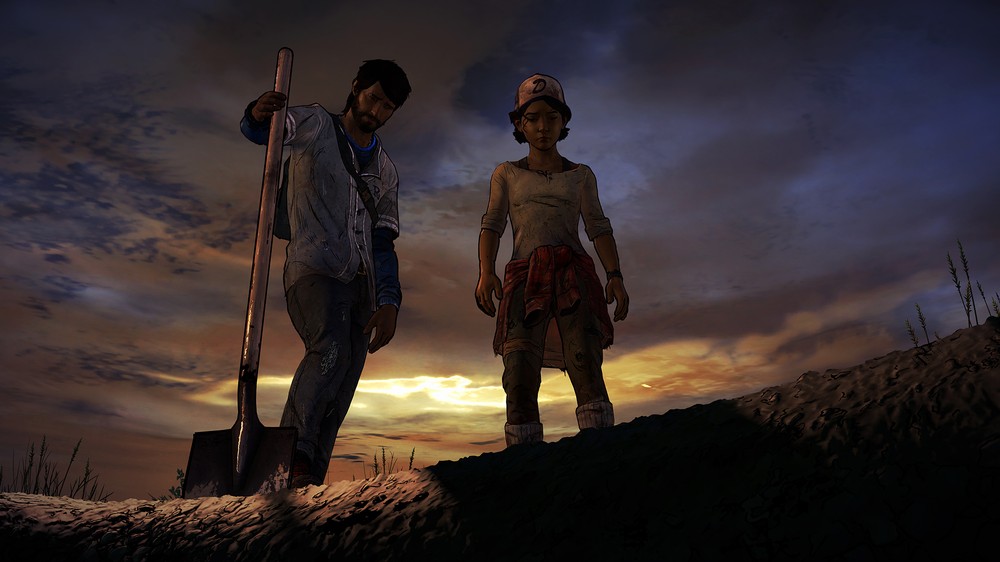 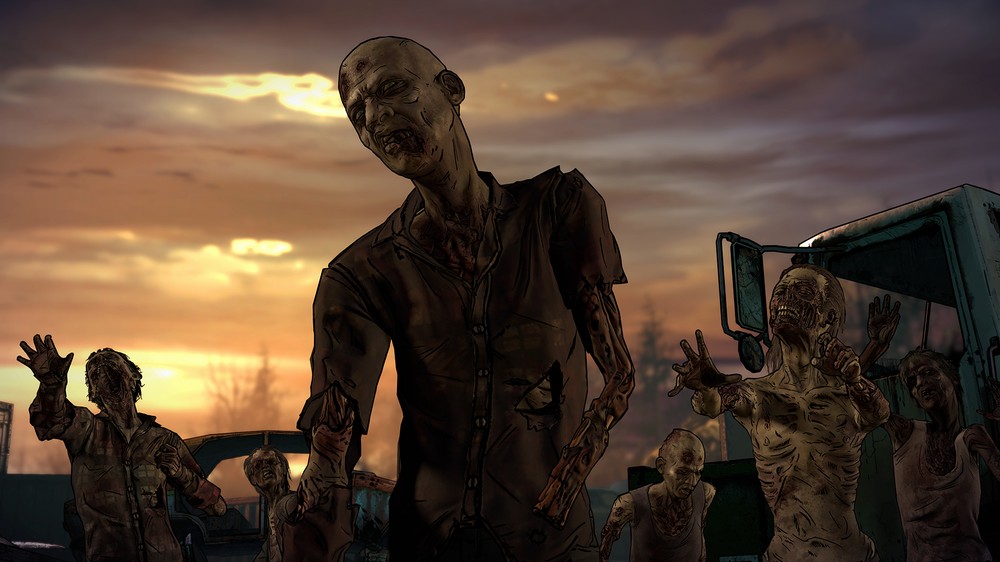 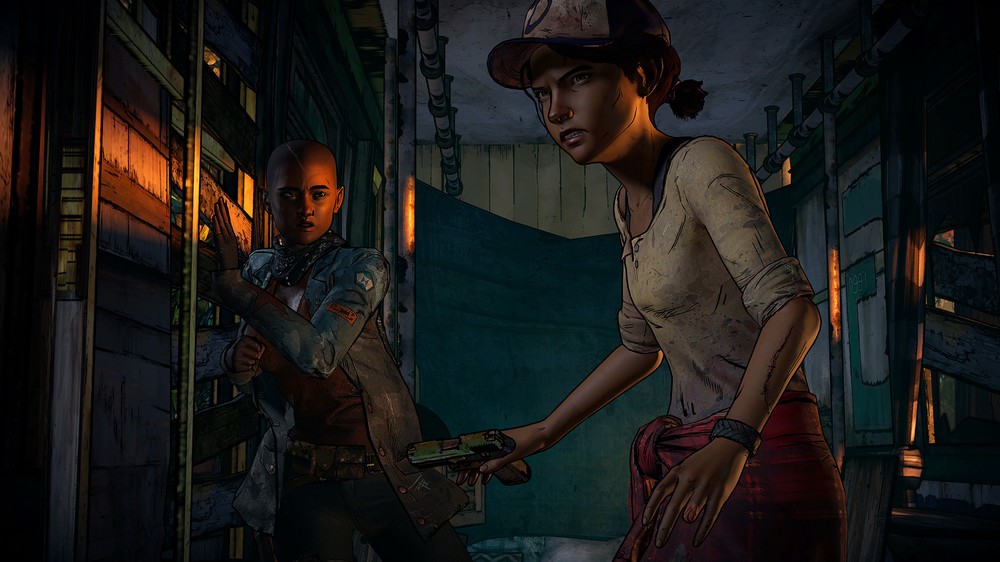 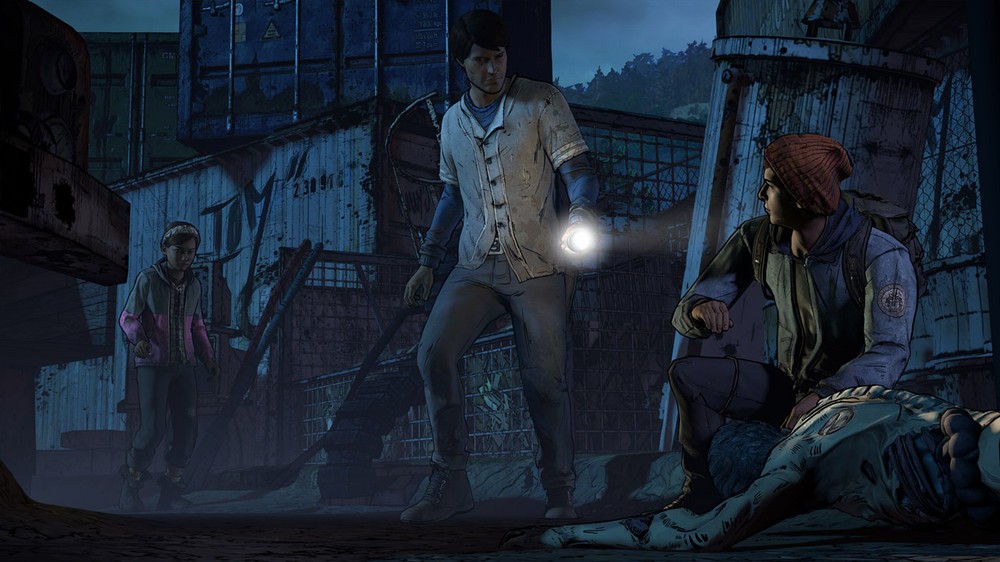 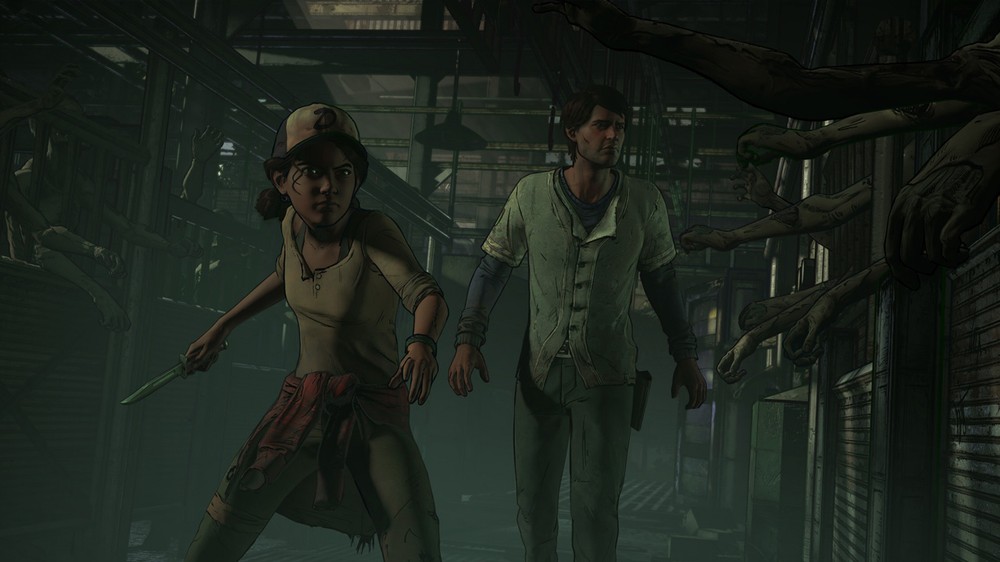