The Vanishing of Ethan Carter Review – Xbox One 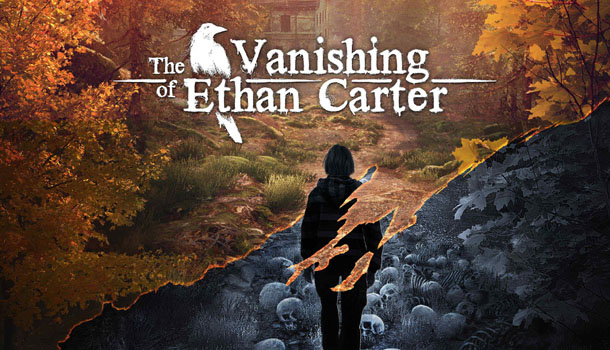 Brimming with as much visually breathtaking presence as it has deeply moving storytelling.

Sometimes I wish that I had a time-turner as there are just only so many titles a gamer can experience in a lifetime. But every once in a while delaying an experience can often be rewarding in the long run. Take the 2014 adventure title “The Vanishing of Ethan Carter” by developer The Astronauts for instance. While I missed both its PC and PS4 releases, it’s a title that I kept seeing popping from time to time and now at the dawn of a new year it finds a new home. The Vanishing of Ethan Carter makes it way to the Xbox One for what is most likely its final and most robust version.

I will say that I before I continue that I went into Ethan Carter almost completely blind not even watching a trailer and only seeing screenshots. That said, nothing prepared me for how breathtaking those first few minutes stepping out of that tunnel were. This is type of game that you just want to stop every few feet and take in the details almost forgetting there is a story to be told. That story however focuses on Paul Prospero, a supernatural private investigator, who after receiving some disturbing letters from the Prospero fan and titular character Ethan Carter seeks to come to Ethan’s aid. 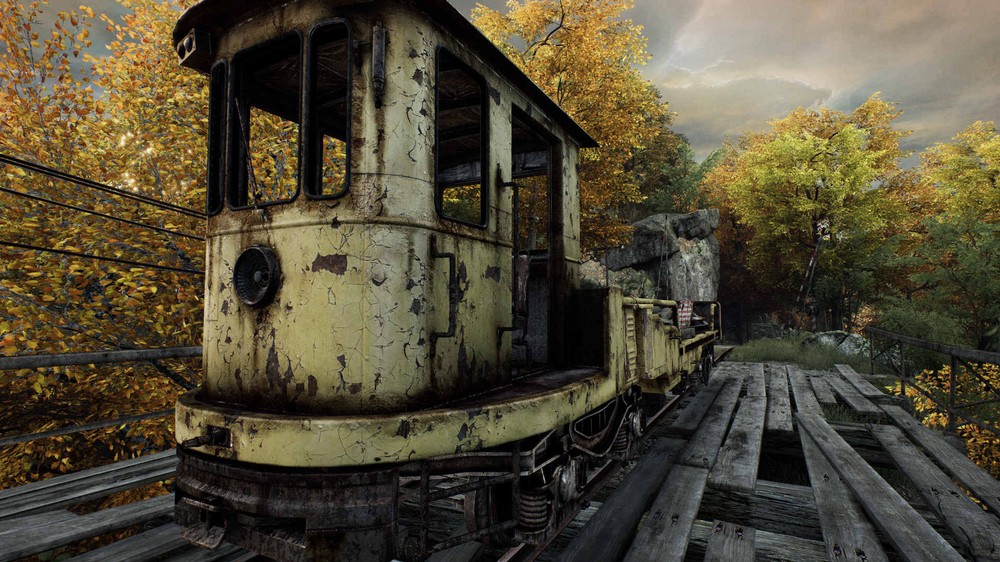 As you explore more and more of Red Creek Valley, a name almost as eerie as the story told, as Prospero you start to piece together the events that happened before you arrive. The beauty is that while some of the events take place on your path forward the game doesn’t hold your hand leaves it up to you discover each one at your leisure. While you may be able to cost from beginning to end in only a few hours it may be likely that you will miss chunks of the story before encountering the story’s conclusion. While this is remedied by a design choice near the end that method would have broken the atmosphere for me almost as much as being pointed in the right direction during my journey through Ethan Carter.

As an inquisitive type of gamer I fell in love with the open world design of Ethan Carter. While the boundaries of the actual play space can be quite large, The Astronauts, also outdid themselves with the unreachable terrain as it stretches out at every turn. Even when inside the buildings you can peer out the windows and see the world in real time and not just some still image. It’s in this valley that you will find scenes that are a focus for a particular event that mostly focuses on one or more members of the Carter family. Using Prospero’s supernaturally charged ability to survey an area, indicated by a blue hue, you have to piece together a chronological event by examining objects. Once everything is set in their place and in the order you believe they happened you visually get to see the events play out until their conclusion. 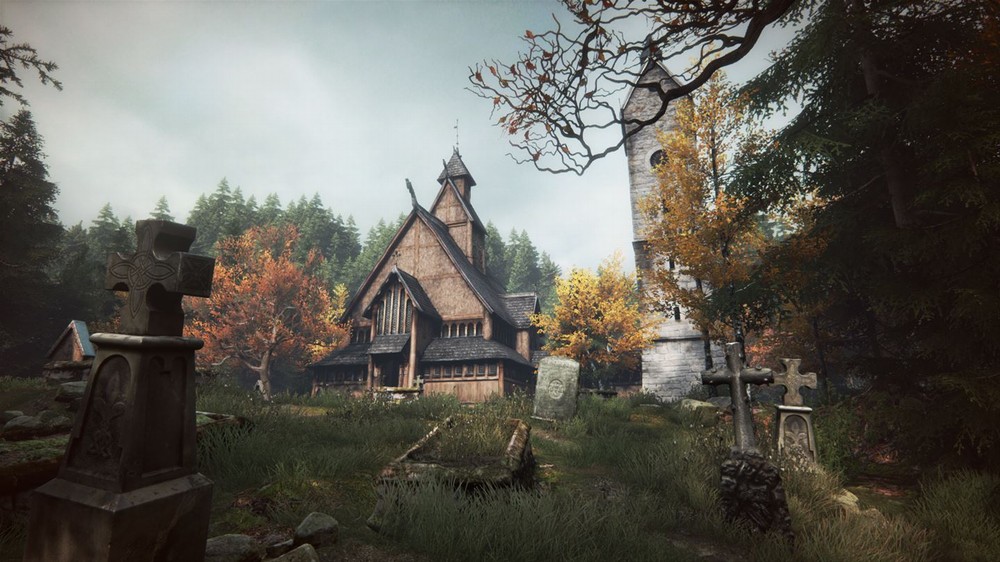 In every instance, the kid Ethan Carter can be found as well as a story tied to the events that paint a picture of sorts to the dynamics of life within the Carter family itself and a mysterious horrific entity called the Sleeper which harks of some Lovecraftian elements. To call The Vanishing of Ethan Carter solely as a horror adventure title would do it a disservice despite many of the violent natured events that play out. There was only one segment that really qualifies for being horror based and that was somewhat nerve raking but not overly terrifying. On a greater scale, The Vanishing of Ethan Carter has a much deeper story that it is telling besides the one that you perceive but that the beauty of its narrative.

As it will be immediately apparent to anyone who loads up this adventure, The Vanishing of Ethan Carter has beauty not only in its story but in its spectacular almost photorealistic visuals. As it seems the title has undergone some major changes for the better with the move from the Unreal Engine 3 to the Unreal Engine 4 platform. Ethan Carter’s arrival on the Xbox One does come with more enhancements than even the PS4 release before it. It should be noted that while The Vanishing of Ethan Carter can be played on all Xbox One platforms its true potential is showcased with the Xbox One X. 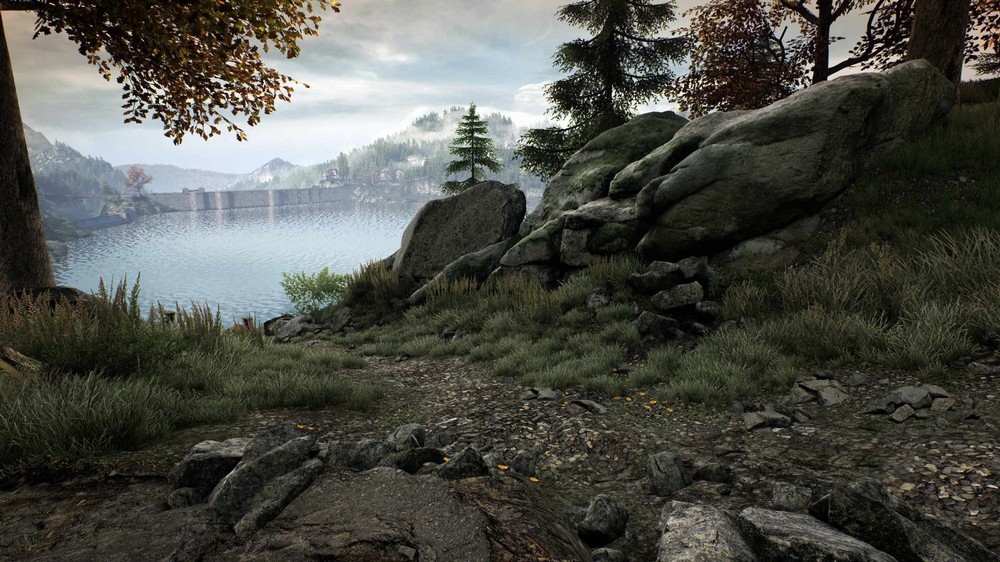 Original Xbox One and One S owners will get a solid 1080p experience with options to adjust the Field of View (FOV) and framerate which is impressive alone for a console release. For my review experience however I was running Ethan Carter on my Xbox One X which afforded me the opportunity to really get to see the differences between the graphical options. Field of View and framerate options are also present but it’s the resolution options that really sets the One X experience apart from the other systems in its family. Players can select from 1080, 1440 and 2160p resolutions which again is largely unheard of on consoles even with consoles getting closer to PC presentations.

That said the native 4K (2160p) option is astoundingly pretty with its sharp details and handles pretty smooth. It isn’t without some juddering though even by limiting the framerate to 30FPS especially in heavy atmospheric areas I still noticed it at times. Popping in the menu screen at any given moment and toggling between the resolutions provides players with an instant visual change really showing off the clarity differences thanks to a minimal overlay. While I found the native 4K mode to suit me the best, players can still opt for their own balance. No matter if it’s with either the mostly standard 1080p experience or the more balanced middle of the road 1440 experience offering both sharper clarity and framerate depending on the option selected, players will receive an amazing experience. 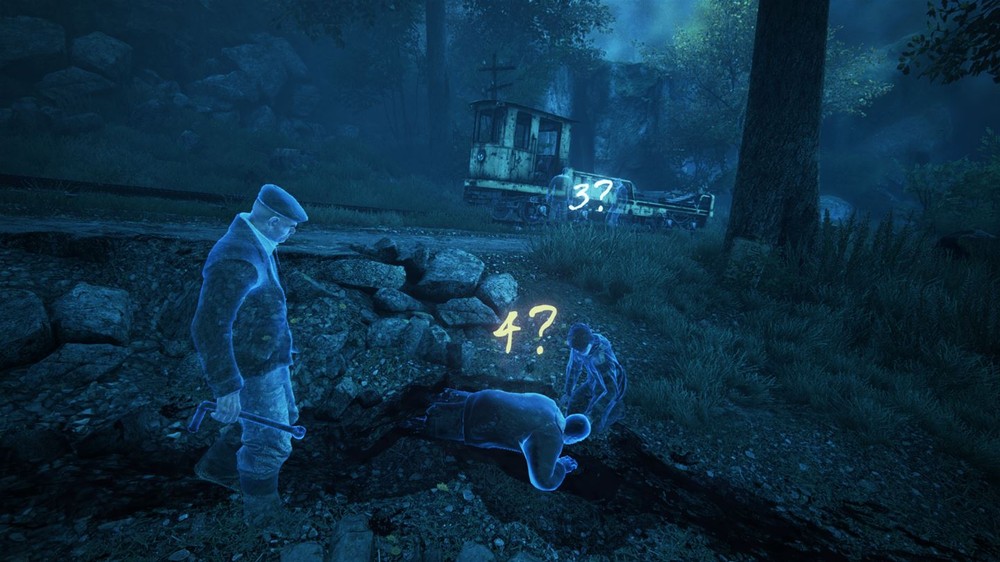 Once I made my way through Ethan Carter’s story I couldn’t help but go back and explore Red Creek Valley again thanks to the newly added Free Roam Mode, This mode let you just sit back and just take in all the details without story elements effecting the visuals. As with in the game you can zoom in and quickly move at a faster pace with the use of the triggers allowing you to traverse the large open world with ease. This also lets you take in the sounds found within The Vanishing of Ethan Carter even more. While the story is full of great spoken dialogue and ambiance it sometimes takes away from the subtle details like footsteps on different surfaces, running water and other little atmospheric effects. There were a few minor audio anomalies like repeated lines or popping noises that I encountered in the mine but as a whole Ethan Carter had a great audio presentation especially during its climax.

They say good things come to those that wait and while I’m not usually one to wait, I’m glad that I did in this case. From some of the comparison videos and my own experience with the title on the Xbox One X, I can absolutely say that this was an adventure worth waiting for. While others have already experienced this tale on other platforms, it seems to have only gotten better since its 2014 release. The Vanishing of Ethan Carter is an experience brimming with as much visually breathtaking presence as it has with its deeply moving storytelling. While The Vanishing of Ethan Carter is best experienced on the Xbox One X this is an adventure that no Xbox owner should miss out on. 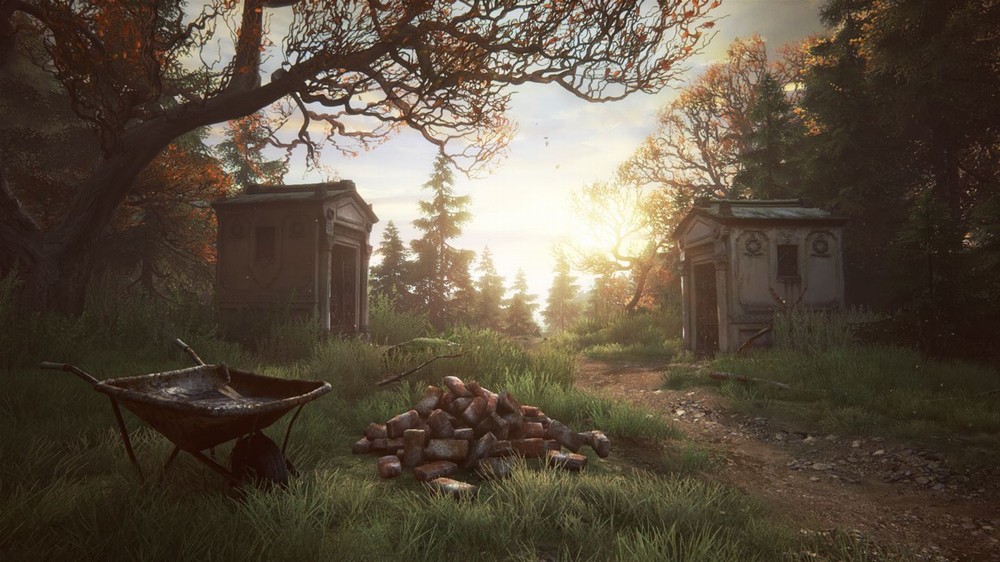 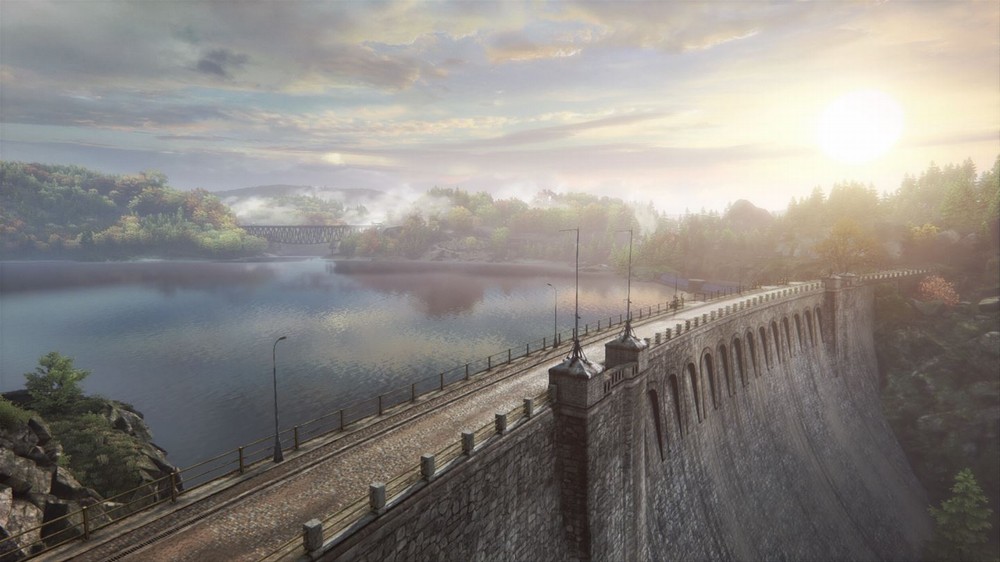 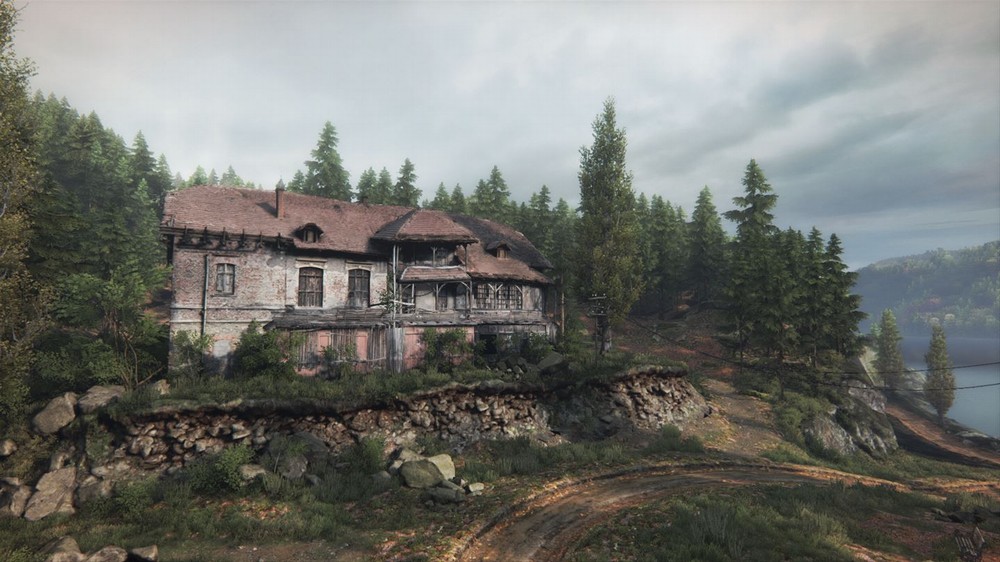 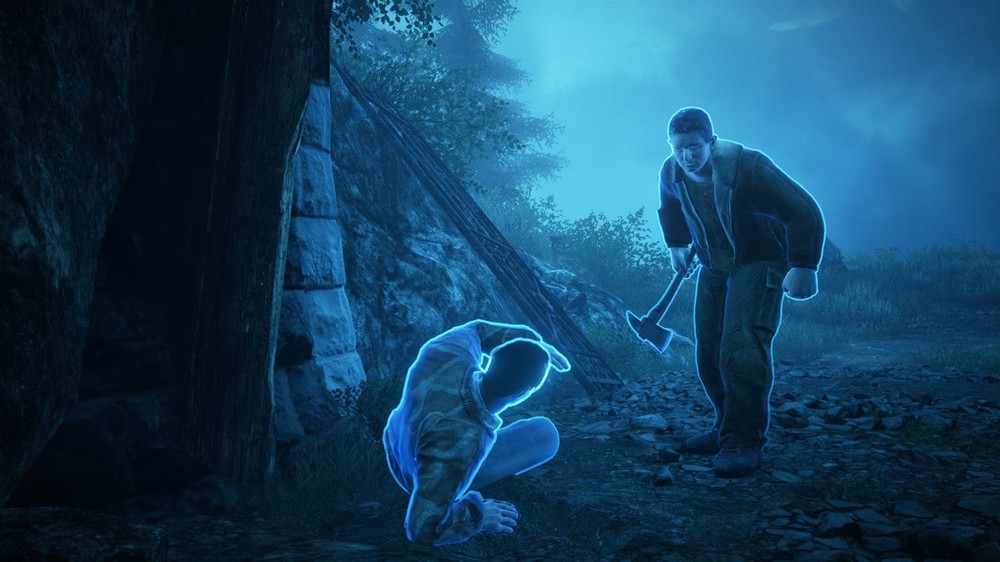