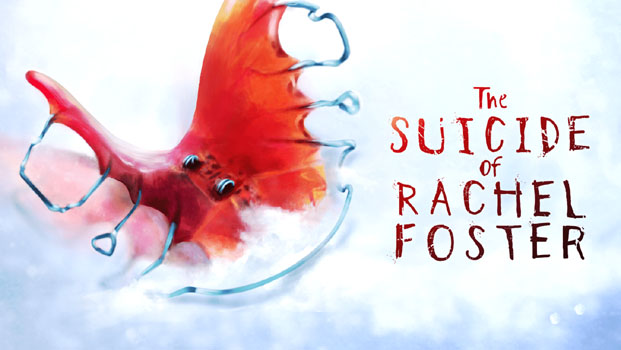 The Suicide of Rachel Foster describes itself as an Interactive Narrative Simulator, which is certainly a more flattering label than the slightly derisory Walking Simulator. Set in a hotel in snowy Montana, The Suicide of Rachel Foster puts the player in the shoes of Nicole, a young woman whose parents owned the hotel, and whose father had an affair with the titular character when both Nicole and Rachel were in their mid-teens. Nicole returns to the hotel with the intention of preparing it for sale, but soon starts to find information that might shed new light on the events of her past.

While The Suicide of Rachel Foster isn’t a horror game per se, there’s enough of a sense of tension and unease spread throughout the experience to leave you on the edge of your seat for large portions. I haven’t played a game in a long while that has left me feeling so paranoid about checking around the next corner, or so wary about investigating strange noises. The Timberline, which is the hotel you spend the duration of the game in, is well realized, and the more time you spend in it, the more you start to learn the layout and feel like you’re at home. However, I never felt truly safe there, partly due to scripted events such as the game plunging you into pitch darkness, and partly due to the excellent sound design that replicates the creaks and groans that an old abandoned building being buffeted by winter storms would make. 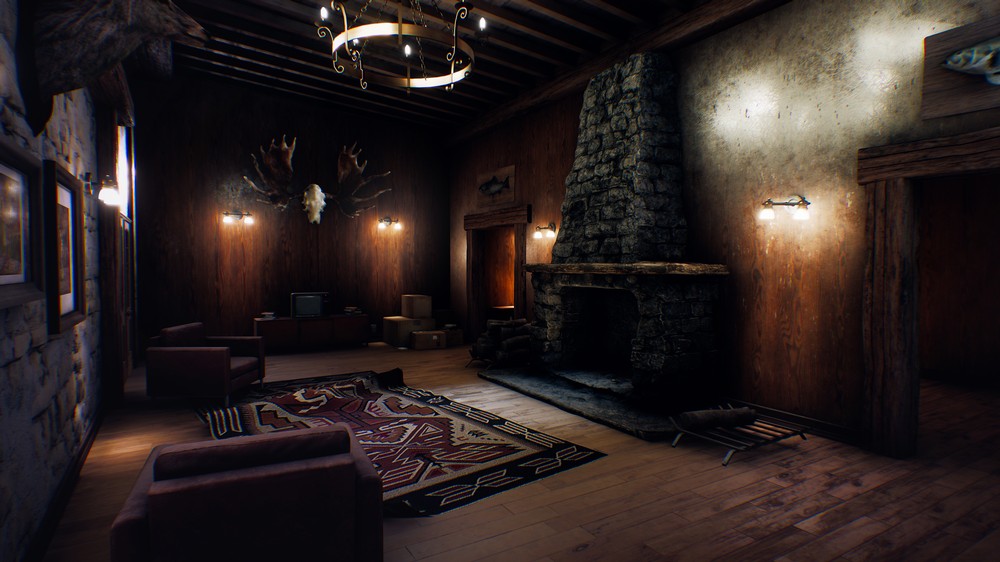 Unfortunately, the good work that has allowed the creation of such an imposing atmosphere didn’t manage to spread to the creation of an interesting narrative, so while I enjoyed exploring the hotel for the sake of discovering new areas, I was never particularly interested in any of the characters or their motivations. The Suicide of Rachel Foster is a slow game, both in terms of character movement and story delivery, and it never starts to feel like it really finds its stride. For a title that only lasts three to four hours, there’s no sense of urgency or pacing, and even as you start to reach the climax of the story, it still feels like you’re trudging through the game at a glacial pace.

In truth, The Suicide of Rachel Foster is a largely forgettable experience, outside of the bad taste that the narrative reveals leave in your mouth once the credits roll. Without trying to spoil any of the game, and without trying to get too much into unpleasant topics, The Suicide of Rachel Foster handles some ugly topics in an ungraceful manner at best, and in a morally questionable way at worst. Rather than seeming to condemn characters for their actions, The Suicide of Rachel Foster asks the player to sympathize with them, labelling them as lonely or odd, rather than predatory or abusive. To give the developer the slight benefit of doubt, this may come from translation issues, as some nuance may have been lost in the process. Considering how far we’ve come with videogame storytelling in the past few years, though, this feels like a substantial step backwards. 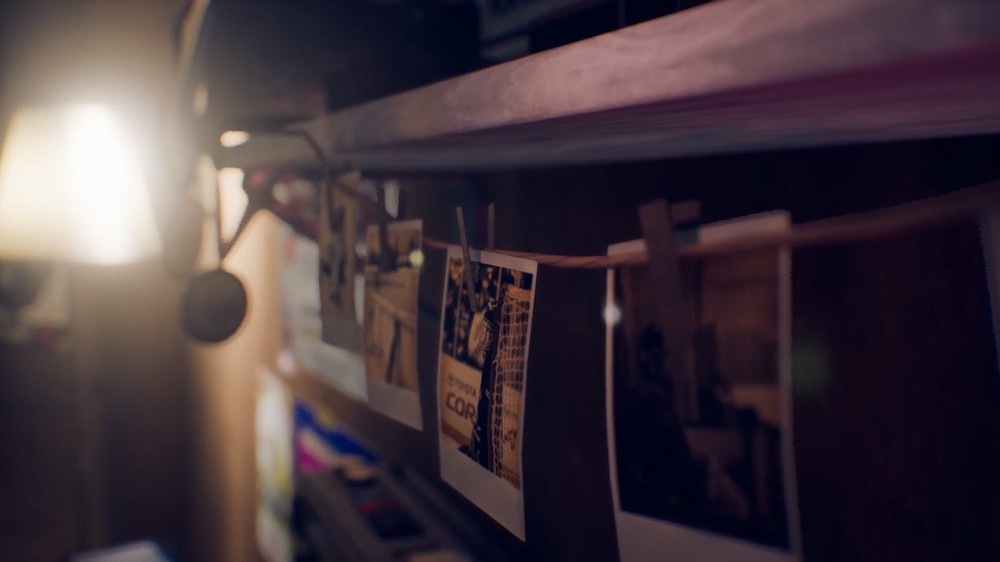 There are other issues with the use of language in the game, but thankfully these are more innocent in nature, even if they do take you out of the game world. The subtitling doesn’t match up with what is being spoken fairly often, and there were also a number of spelling and grammatical errors that showed up, both in the subtitles and in objects in the world. At the start of the game, one of the tips is to thoroughly investigate your surroundings, as clues for the story might be hidden in the world that you otherwise would miss. Firstly, I made a concerted effort to check each room I entered for objects that I could look at closely, and I don’t feel that it really added much to my overall understanding of either the world or the story. Secondly, if you’re asking players to look closely at objects in the world, you would want to make sure that these items feel authentic, as picking up a book with a spelling error repeated twice on the cover did nothing but make me realize I was playing an artificial construction.

It’s a shame that The Suicide of Rachel Foster seemingly does so much to sabotage itself, as initial first impressions were solid. The Timberline Hotel is genuinely well-realized and feels authentic, and the sound design and atmosphere building that went into making an empty building feel terrifying borders on the masterful. However, both of these positive aspects are let down by a slow, uninteresting story and a lack of QA testing that causes the experience to fall flat. 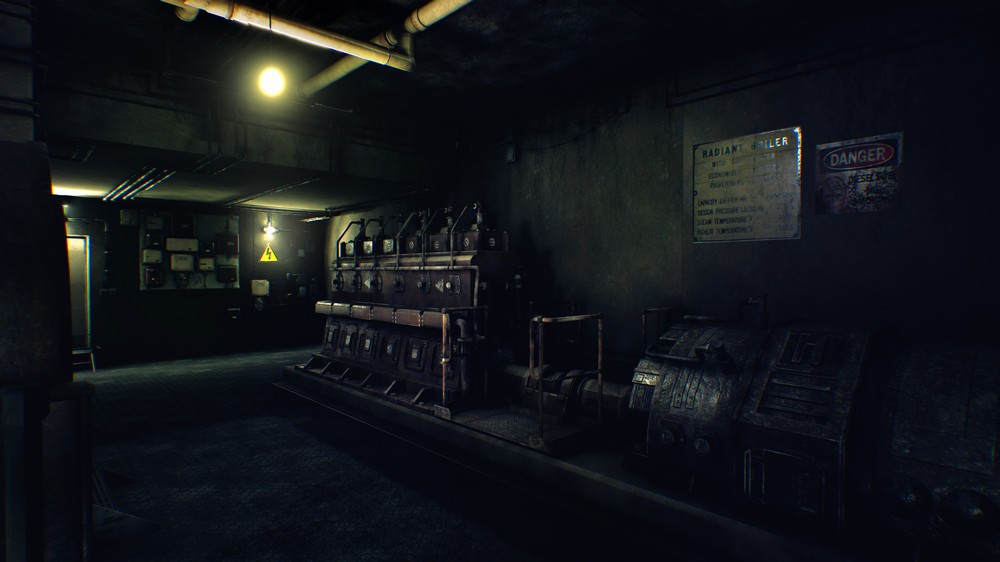 If these were my only feelings towards the game, I would chalk The Suicide of Rachel Foster up as being unremarkable and largely forgettable, but due to the questionable justifications of character motives and actions, I have come away with an active dislike for the experience. Because of this, I can only really recommend The Suicide of Rachel Foster from an environmental design perspective, as I would feel uncomfortable suggesting a game that asks you to sympathize with characters such as these.