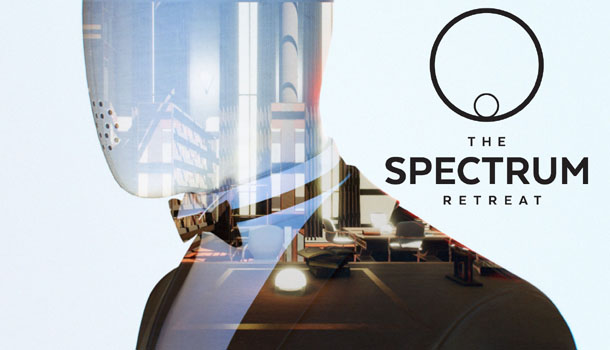 - Feels like two games in one
- Story is a bit predictable

Well worth a look if you’re a fan of the genre.

A lot of so-called Walking Simulators are criticized for being too passive, for presenting an experience closer to an on-rails carnival ride than anything associated with an interactive medium. Games like The Spectrum Retreat, recently released on Nintendo Switch, are attempting to add more moments of player agency to the genre, with puzzles and interactive segments requiring more controller inputs than just pressing forward on the analogue sticks.

The Spectrum Retreat is set in a mysterious hotel, and it becomes clear pretty early on that there’s more than meets the eye going on. There’s an atmosphere similar to an episode of Black Mirror, and the robot staff and visual glitches that begin to creep into your vision soon are only the beginning. The Spectrum Retreat takes a little while to start peeling back the layers of its narrative, and by the end you’ll begin to feel like you’ve seen it all before, but the story is delivered through a variety of devices, including in-world objects, diary logs and through the voice of your in-ear companion, who guides you through much of the game. This companion, along with the music present in the game, are one of the strongest aspects of the experience, and playing with headphones is a must if you really want to feel immersed in the world. 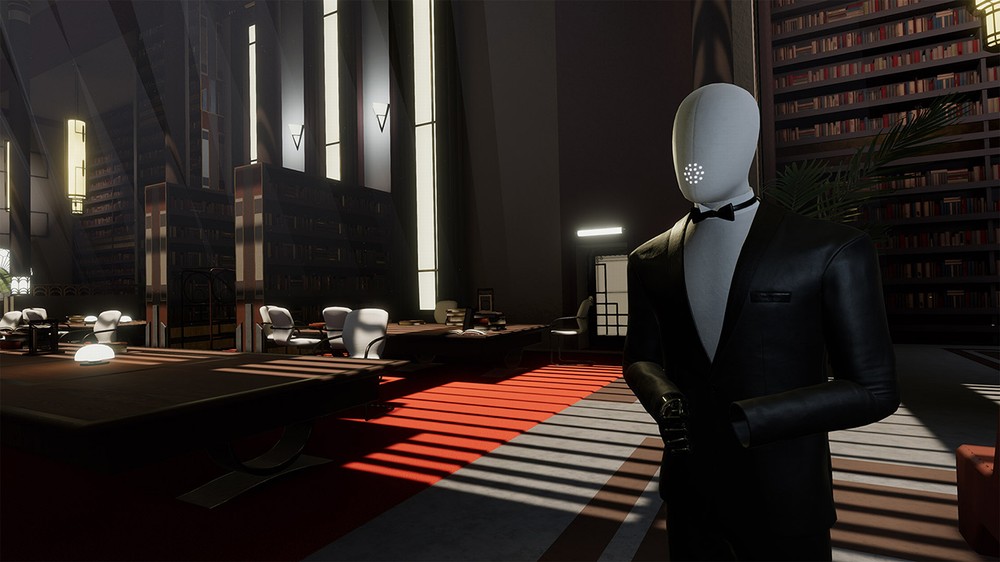 The gameplay loop in The Spectrum Retreat can quite clearly be divided into two sections. You have your time in the hotel, where much of the narrative is delivered, and these segments are similar to Groundhog Day, as you have to wake up each morning, grab breakfast, and then make your way around the hotel. As the days progress, you start to notice various cracks in the façade, and each day takes you to a different floor of the hotel, where varying puzzles have to be solved in order to unlock the second half of the gameplay.

The other side of gameplay is more puzzle-oriented, with various color-based brain-teasers needing to be overcome. Each chapter contains between eight and ten puzzles, all completed in sequence, and completing the final one returns you to the hotel to go to bed and begin the following day in a similar manner. The contrast between hotel and puzzle room sequences is fairly jarring, and the puzzles feel a little arbitrary when compared to the overall experience. There doesn’t seem to be much reason for you to be doing these puzzles in terms of the narrative, and they feel a little like padding, especially when you consider that the puzzles probably take up two-thirds to three-quarters of the game’s running time, with the main narrative only coming in fits and starts. 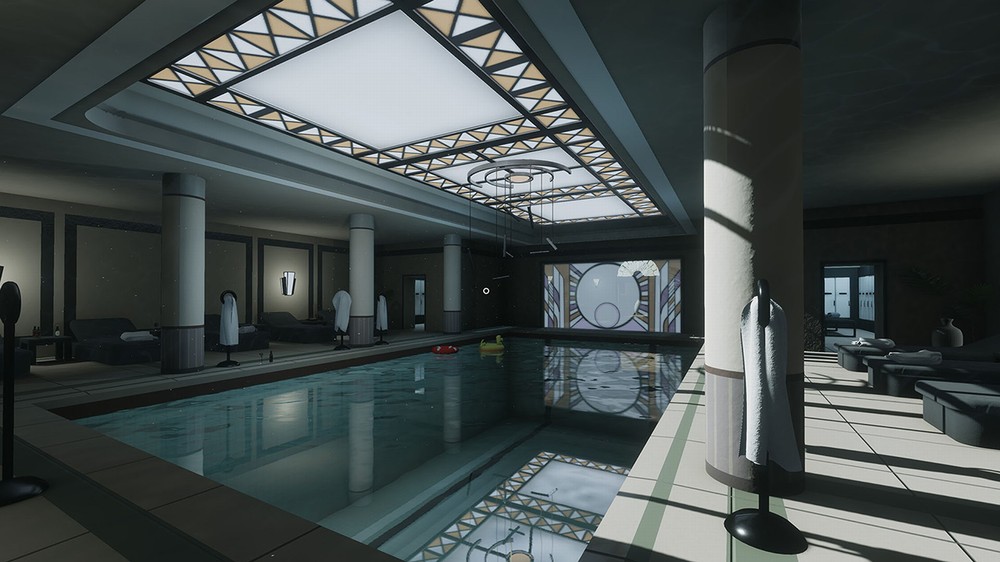 Though both segments of the game work well in isolation, The Spectrum Retreat begins to feel like an idea that has perhaps been stretched a little too thinly around the framework of a game. The puzzles are enjoyable, and grow to be quite challenging by the end of the game, and though the narrative is intriguing, I’d be surprised if most people don’t guess the ending long before it comes, as it’s the kind of tale that’s starting to become a little bit rote, especially for the Walking Simulator genre. That’s not to say that I didn’t enjoy my time with the game, but more that it’s a strange mix of two elements that feel a little glued together, with both eventually feeling like they’ve overstayed their welcome a little.

The Spectrum Retreat is a fairly standard length for a game of its type, and can likely be completed in a couple of evenings, or over a weekend, depending on how adept you become at the puzzle aspects. There’s a definite creepy undertone, and I’m not ashamed to mention that I jumped at a couple of sections, although this is far from a horror game, and probably closer to a thriller, if anything. It’s an experience that I’m glad I’ve played through, as the story, though predictable, had me interested throughout, and the hotel was an interesting backdrop. I wish that the gameplay divide between the puzzles and the narrative could have been a little more balanced, as I feel that this would have given the narrative a little more room to breathe, and I found that aside from testing my mental capacities, the puzzles didn’t add a whole lot of meaning to the overall experience. 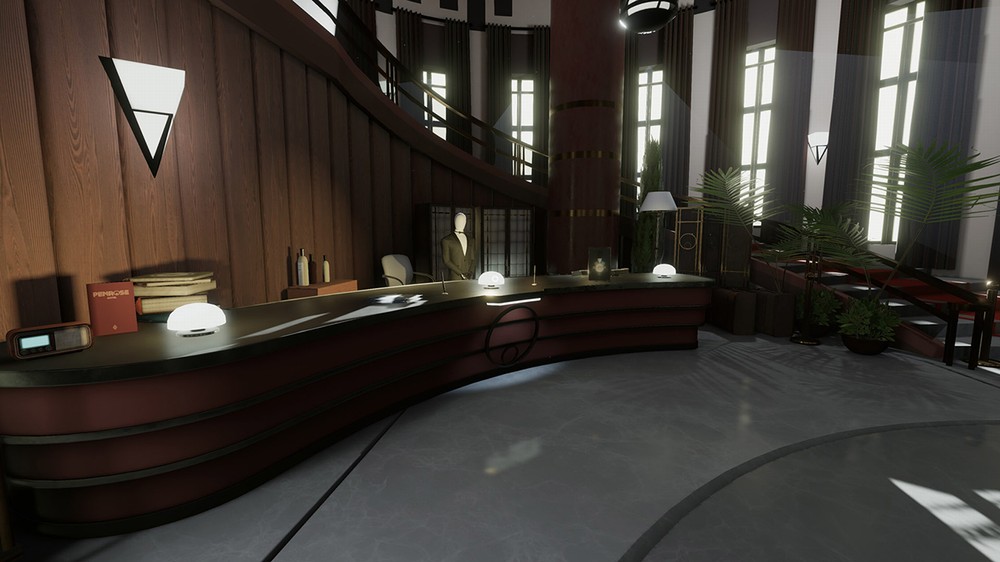 The Spectrum Retreat is well worth a look if you’re a fan of the genre (or either genre), even if it does feel a little too much like two games mashed together into one. The voice acting in particular really drew me into the world, and the soundtrack reminded me of something like Westworld, making the entire experience a joy to listen to. If you’re looking for a game to kill a few hours, or just want an interesting story, then you could do a lot worse than The Spectrum Retreat. It’s not a perfect experience, but it’s attempting something a little different, and that’s to be admired. 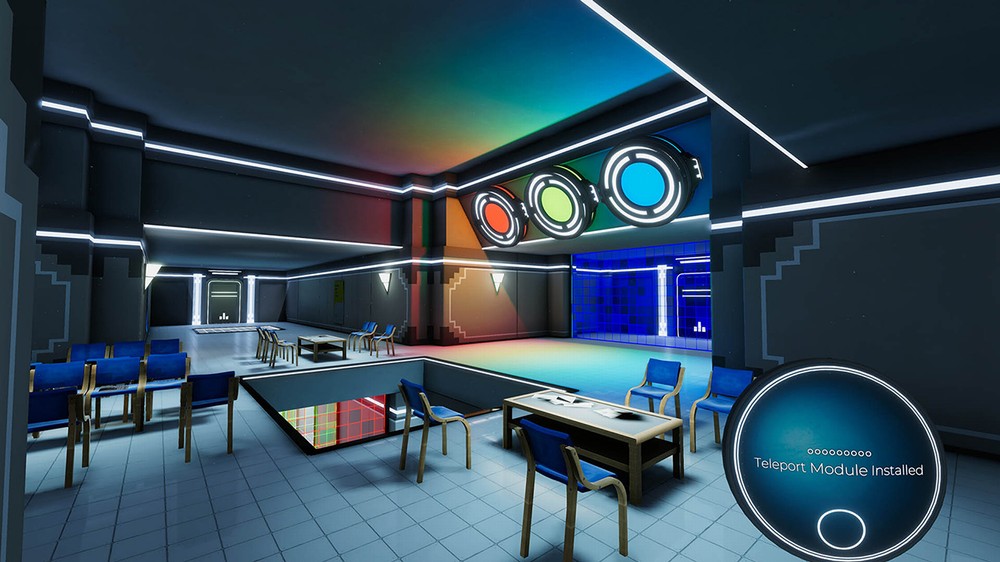