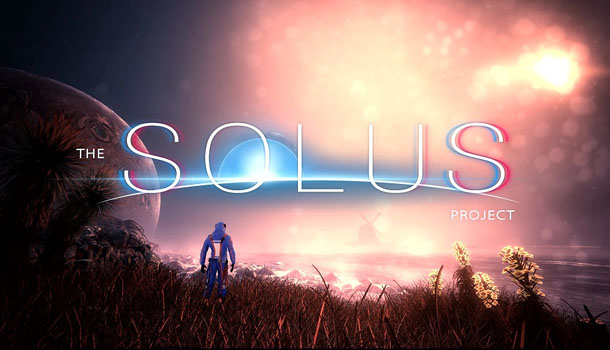 + Interesting and beautiful world to explore and discover its many secrets.

- Survival elements sometimes clash with the story and exploration.

When I started playing The Solus Project, I wasn’t exactly sure what to expect. I am a big fan of survival simulators and can recognize the signs of one pretty quickly, so when I found myself stranded on a beach on an alien world with a handheld device called WILSON telling me my hunger, thirst, temperature, etc., I was pretty sure I was playing a survival simulator. But then I began exploring the coast and picking up scattered scraps of diary entries and other notes left behind from the crash and started feeling like I was playing an adventure game. As I continued to follow the objective markers, I began to realize that this game attempts to be both at the same time.

In some ways, this is a pretty cool concept since it challenges you to survive in a harsh environment where the sun will spike the temperature during the day well over a hundred degrees Fahrenheit, but at night the temps plummet below freezing, and where inclement weather can quickly change a comfortable environment into one that is dangerous and life-threatening, forcing you to seek shelter in caves or other structures that you may happen to find along the way. All this while trying to piece together a DIY communication tower to signal back to the rest of humanity about your mission to try and find a new home after the destruction of Earth, as well as discover the ever-deepening mystery of the planet’s own strange history. 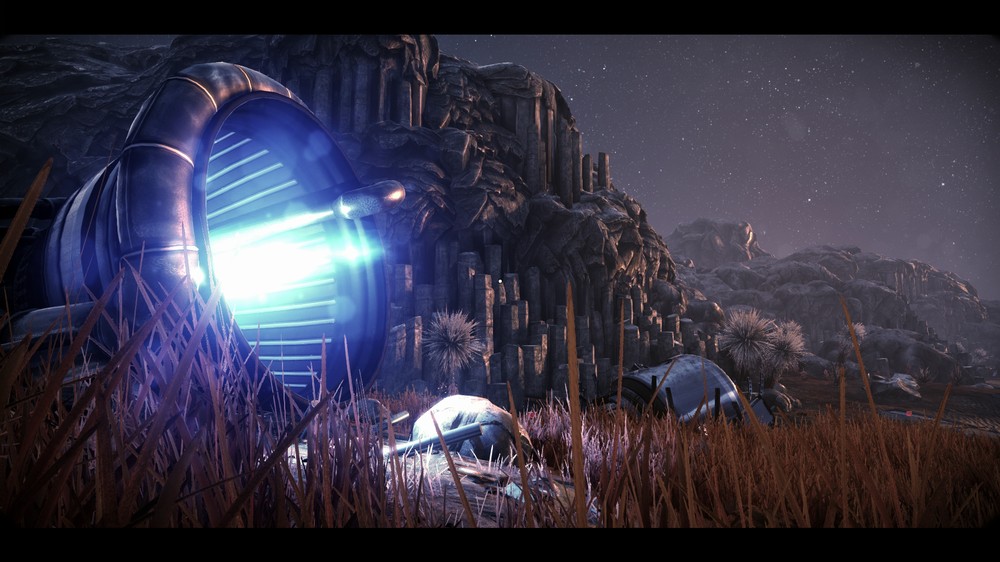 The game leads you fairly well along the path that will advance the story, but also allows you enough freedom (and incentive) to explore outside of that path. Exploring, however, has its own risks. Taking too long trying to find hidden secrets may result in your death due to starvation, dehydration, hypothermia, or any number of other means. But, you may also discover hidden rewards that will increase your abilities to survive as you progress.

It’s a fine balance to mix the openness of a survival game and the directed narrative of a story-driven adventure game, but somehow, for the most part, The Solus Project manages to pull it off. I say “for the most part” because at times, the balancing act seems to falter. While survival is not guaranteed, there are times where the survival elements seem like more of a nuisance than an actual important part of the gameplay. But, as I stated above, where the survival elements show themselves as a very important aspect of gameplay is when you decide to break from the obvious story-advancing route and attempt to locate the many scattered secrets that the quasi-open world has to offer. You don’t have to go off the beaten path, but if you take the risk, you can get rewarded. And, while this world you find yourself on doesn’t have swarms of blood-thirsty creatures that you have to fight off, your fight is rather against the planet itself.

At the writing of this review, I am about five hours into the game and have yet to see any signs of combat, and I would honestly be surprised if that ended up being a part of the game at all. But, the difficulty of survival comes from preparing yourself against the wildly changing environment and harshness of the climate. 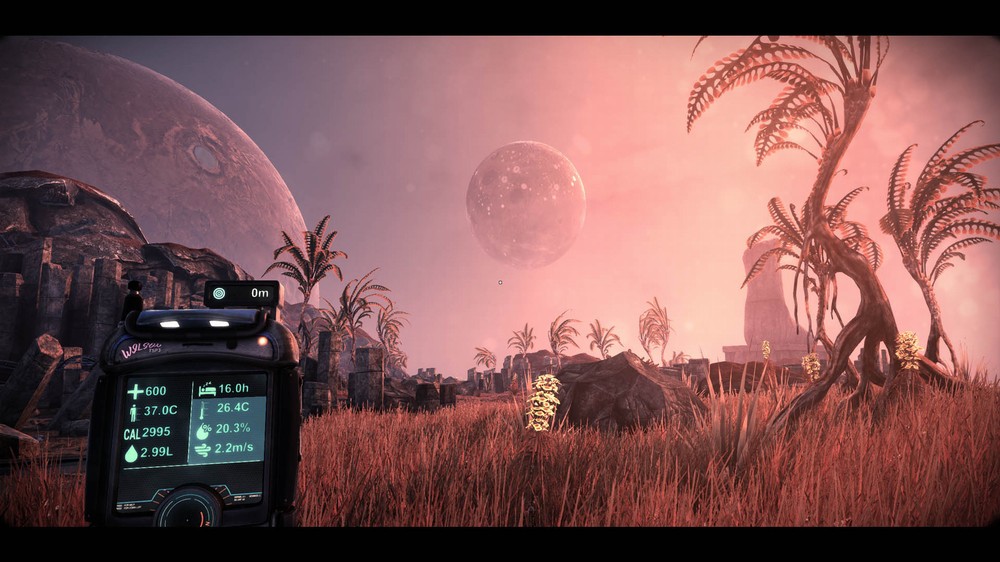 Beyond the survival aspects of the game, the story is incredibly surprising and very interesting. I found myself playing long after I had told myself I needed to stop because I just needed to find out what was next. The game is very good at hinting at questions that need to be answered and teasing you along the path, giving you just enough information to feel like you’re on the trail to an answer, without actually giving it to you right out. I imagine, and truly hope, that by the end of the game, I will have gained a more insightful understanding of the planet’s history and its previous(?) occupants. It intrigues me. It makes me want to keep playing, just to know everything I can. Oh, and I also want to save humanity. That’d be nice, too.

This game was designed with VR support and I can honestly say that this is the first game of that nature that I’ve played where I kept thinking to myself “I really wish I had a VR headset for this game.” I can see just how much more immersive this game would be, experiencing it in VR. As it stands, the game does a fantastic job of putting you in the shoes of the stranded astronaut. The world around you feels alive and strange and dangerous. You see it all through the visor of your suit, which fogs up in the cold, feels steamy and hot in the sun, and beads of water drip down in the rain. The game makes you feel the world; it doesn’t just show it to you. 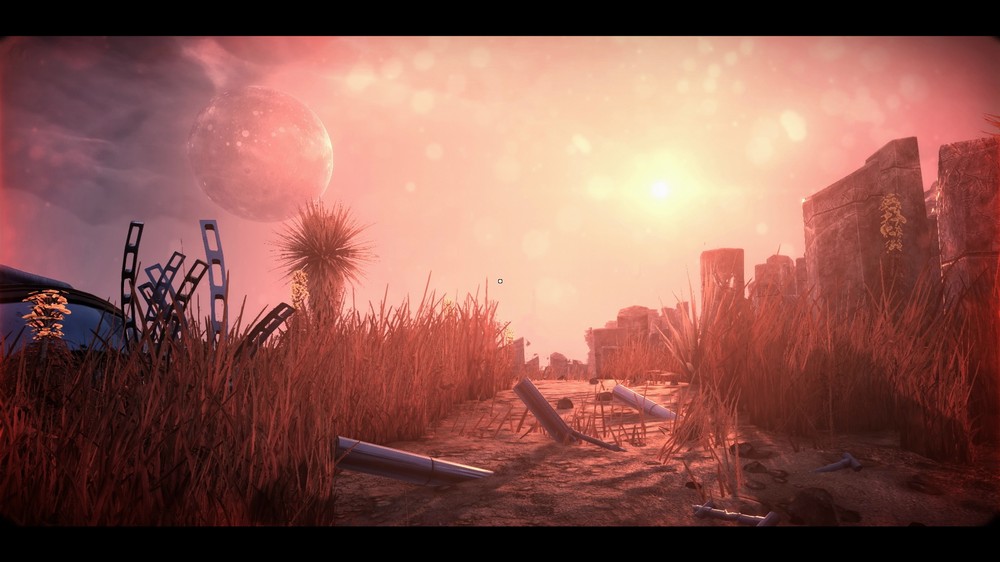 The visuals in the game are sometimes stunning. The day/night cycle reveals a surreal star system with seemingly dangerously close-orbiting bodies overhead. Off in the hazy distance, you will see other islands that will beckon you with their strange constructions that make you want to discover their purpose and their meaning. The horizon will shimmer in the heat and distort in the raindrops that collect on your visor. It is a beautiful game that places you firmly on a world that feels altogether different than our own.

In conclusion, this game is a fantastic adventure coupled with a survival simulator that will appeal to anyone who enjoys either type of game, and particularly those who enjoy both. At $20 on Steam, I can easily recommend this as a no-brainer purchase for anyone who is looking for something a little bit different from the standard fare; especially if you have a VR headset.

Editor’s Note:  We are currently working on a VR-specific review for this title.  At this point there are some “issues” so we are waiting for a few more updates before we post our thoughts. 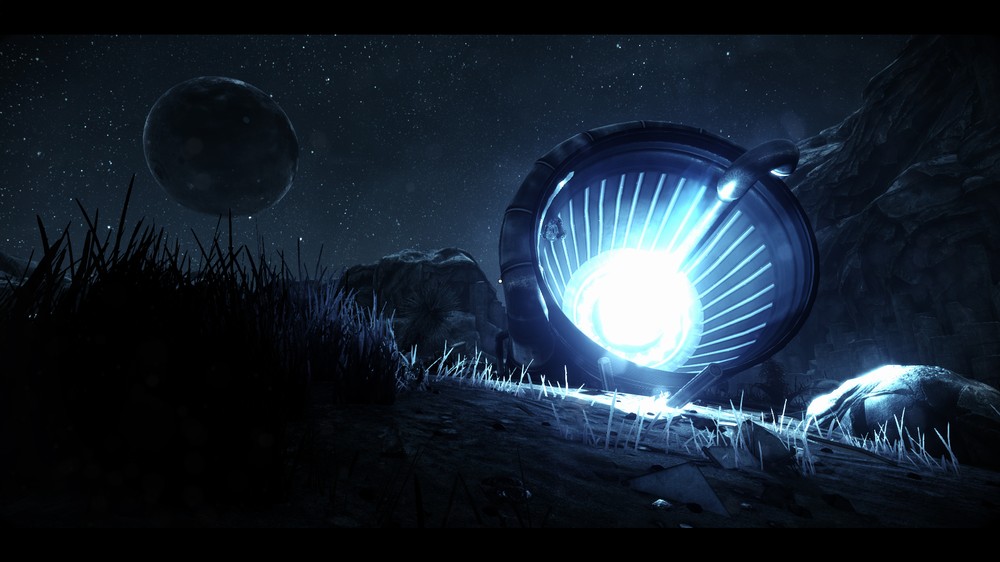 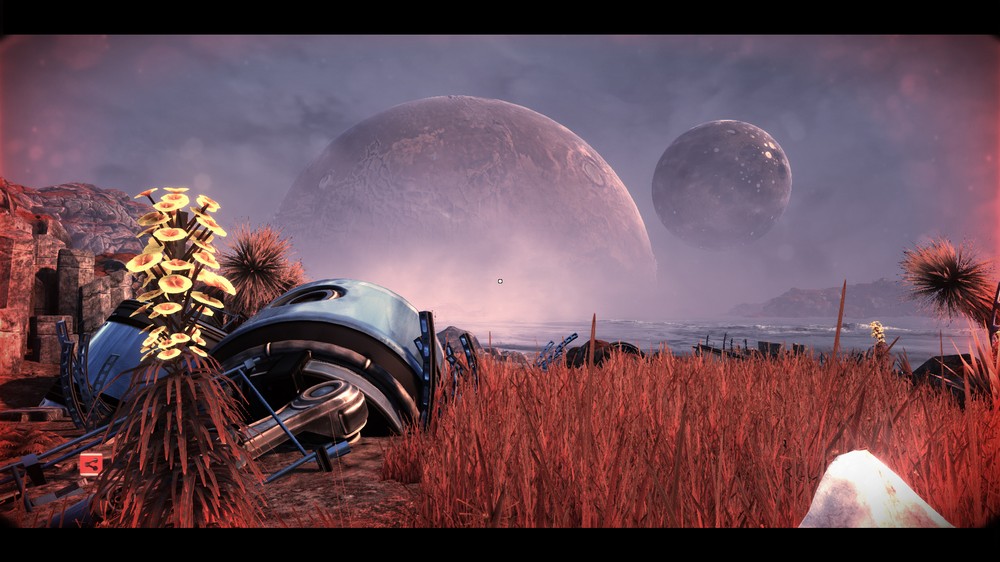 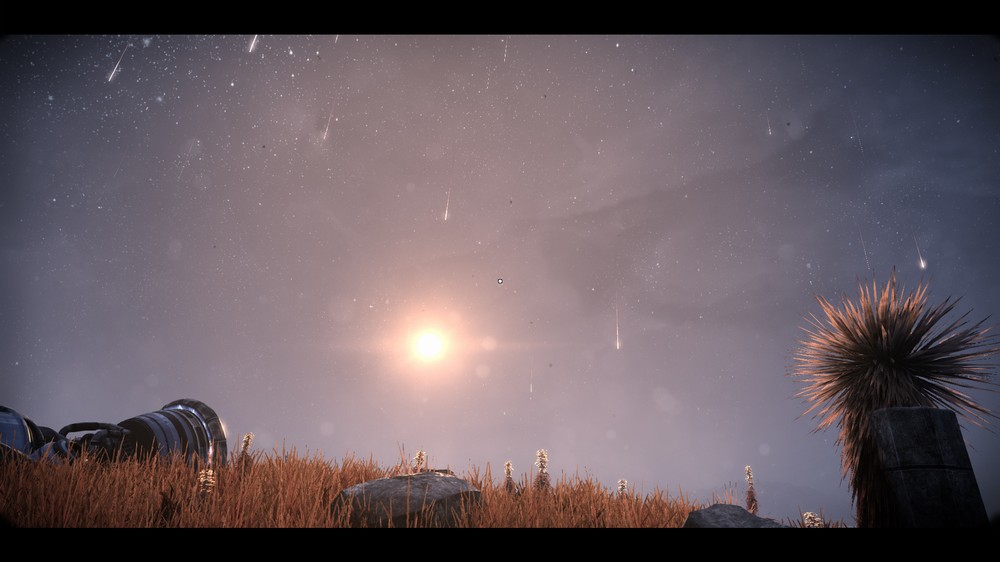 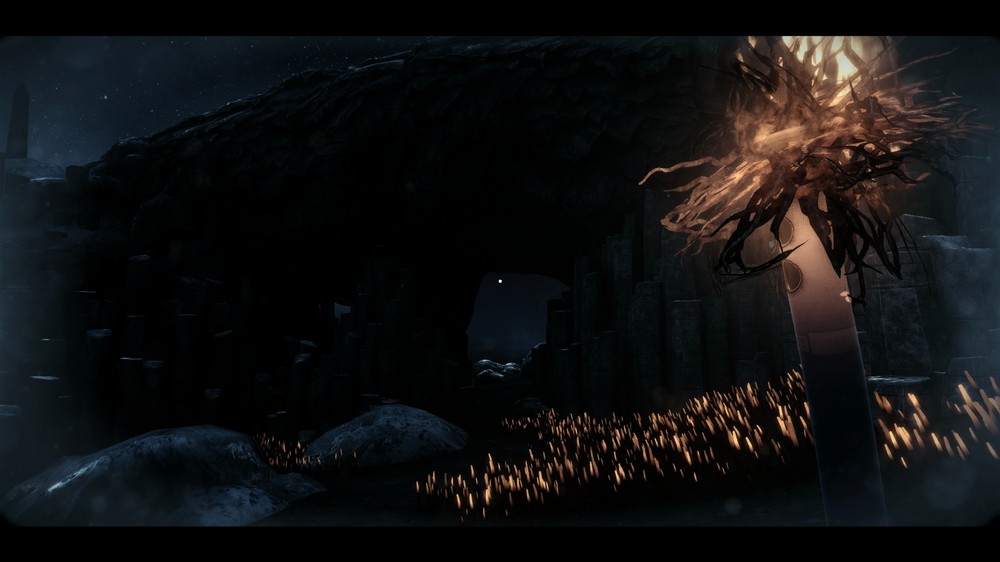 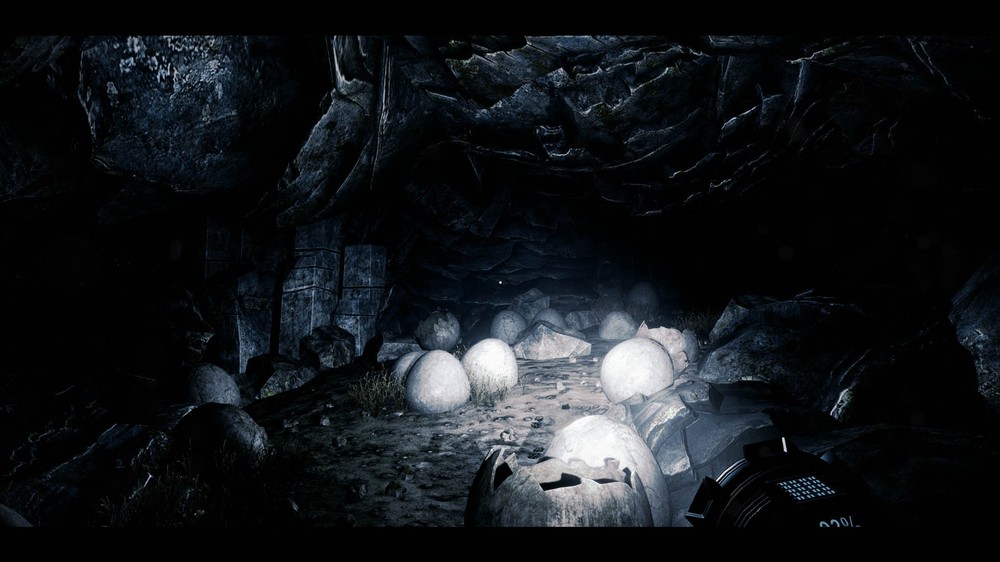