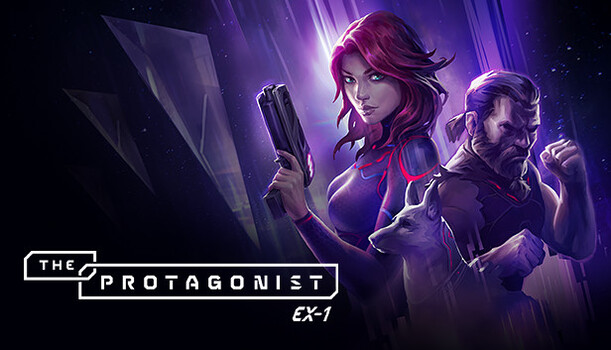 - Menus take a bit to adjust to
- Some bugs

I’ve thoroughly enjoy the science fiction genre over the years no matter the medium. While books led the way for many of my favorite Sci-Fi movies and games, there is always something about getting right into the action that makes games a lot more enjoyable at times. One such sci-fi adventure puts you in a conflict with alien invaders in an all new early access turned based strategy game called The Protagonist: EX-1 for PC.

I got the chance to check out the first few levels of this tactical adventure featuring an elite strike team aboard a giant alien station. The story starts after a brief introduction detailing the disastrous first encounter between the Terrans and a hostile synthetic race. You assume the lead role of Angel, an amnesiac special agent highly skilled in martial arts, after waking up in an infirmary aboard the station. At of its current release you will gain access to 3 other playable characters that will work alongside Angel to neutralize the threat to your world. 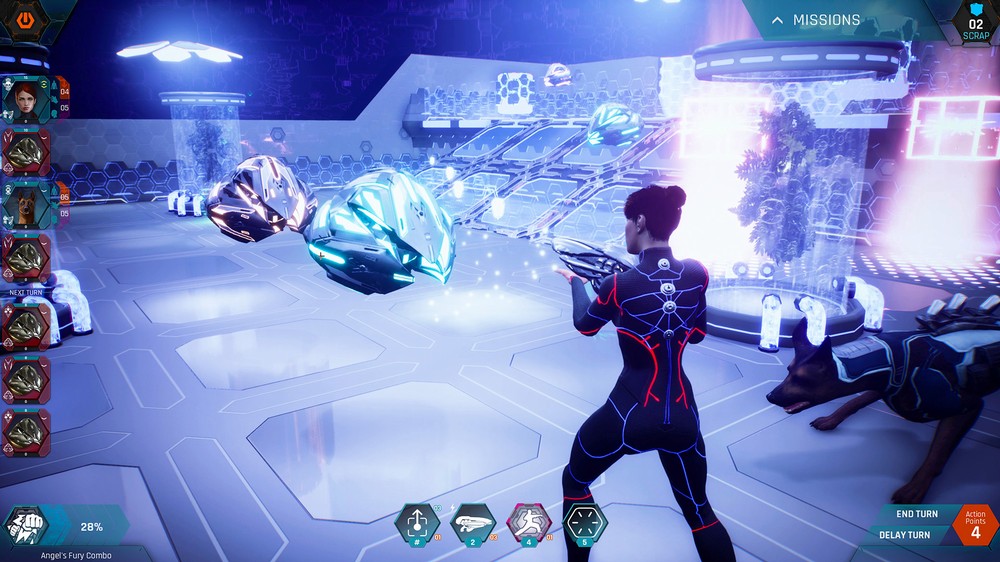 I’ll admit that despite having played quite a few strategy RPGs over the years, I was intrigued by the use of marital arts as a primary means of combat in a science fiction game. It’s not often you get the chance to punch an alien race in its…optics so I didn’t know what to expect. From the start The Protagonist: EX-1 starts out in pretty standard fare with its directive, complete with an optional guidance line, as you explore and search for the rest of your team. With little but your skills and the guidance of Pilot you set out to complete your mission.

Sooner than later you with engage in your first battle which reveals several cool mechanics. As mentioned before, Angel is diverse and deadly with her advanced martial arts. What sets the combat here apart from other tactical RPGs is that after you typically move your character you can choose from various abilities to execute in a deeper way than I’m used to. Upon selecting Angel’s martial abilities you then get to select what attacks you string together based upon how many Action Points (AP) you have at the time. 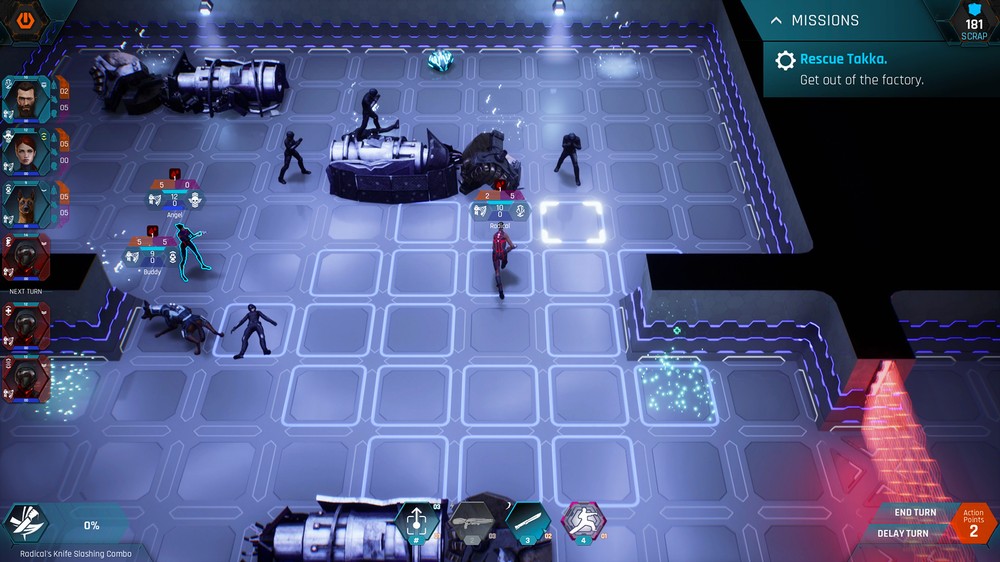 Each attack in the form of punch, elbow, knee and kick uses up a bit of AP. But in an interesting design choice you don’t simply click the action to add it to the attack chain. You actually have to drag it into an attack line above the available attacks to slot it. Personally while this method is completely achievable with a mouse I can’t help but feel that they designed this system with the future thought of making it mobile friendly with touch controls as well. Once you slot those attacks though you get to hopefully watch your character deliver some beatdowns on your enemies. OF course there is always that chance you will whiff completely but we don’t speak of these things. As you attack though with marital skills you will slowly fill a special attack gauge that is as fun to watch as it is to trigger when you need it badly.

Angel however is not only just quite gifted in martial arts but leadership and hacking the latter of which is quite useful in combat. Along with giving the synthetics plenty of bruises you can even hack enemies turning them on their allies or infecting them dealing out damage over turns. As I quickly found out hacking them and controlling them to fight each other is a small life saver at times especially early on when you’re pretty outnumbered. Your leadership skills with prove useful as you gain more allies yourself allowing to assign roles to basic units besides the interesting main cast including Radical and Taka that you with find as you play. Each brings a set role to table like Radical’s melee abilities and his love of knives. You also can lay down some heavy fire with Taka when ranged combat is more advantageous. 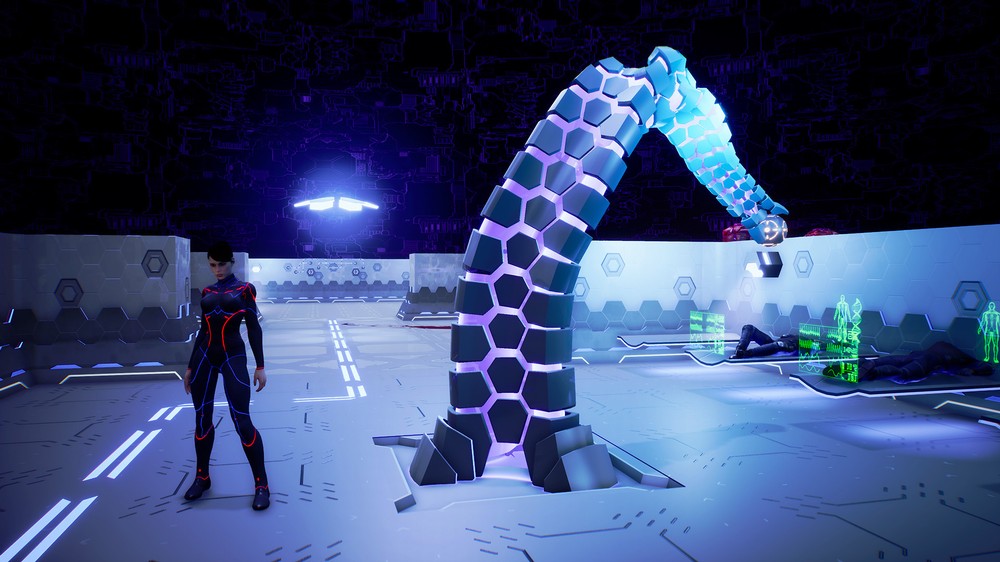 Much like one of my favorite sci-fi franchises, you’ll be tasked with various choices both in and out of combat. While combat is a means of survival you’ll still have to make narrative choices with The Protagonist’s dynamic dialogue system. Your choices can and will have consequences for better or worse including the opening of side missions and effects on the story itself.

Like any good tactical RPG, you’ll also get to customize your characters abilities as you earn skill points. You’ll need these skills to solve many of the game’s puzzles along the way as you explore your surrounds. Exploration itself not only serves as means to progress the story but also for the collection of data (collectibles) and more importantly scrap. Scrap is used in the crafting system which is vital if you want to get very far in this game. You also need to have the desired blueprint available to craft things like armor and weapons. I also enjoyed that you can even upgrade crafted items if your skill is high enough to do so.

With any good sci-fi game you have to have the right atmospheric style, sound and level design to pull players in. I have to say that The Protagonist: EX-1 does a pretty good job of this so far with its use of futuristic machines, neon lighting effects and holograms throughout the levels I had access to. The other thing that I really love is how fluid the inputs and camera controls are as this title is presented in an isometric view. It makes a big difference when you’re exploring and watching out for hidden interaction points or enemy battles just around the corner. 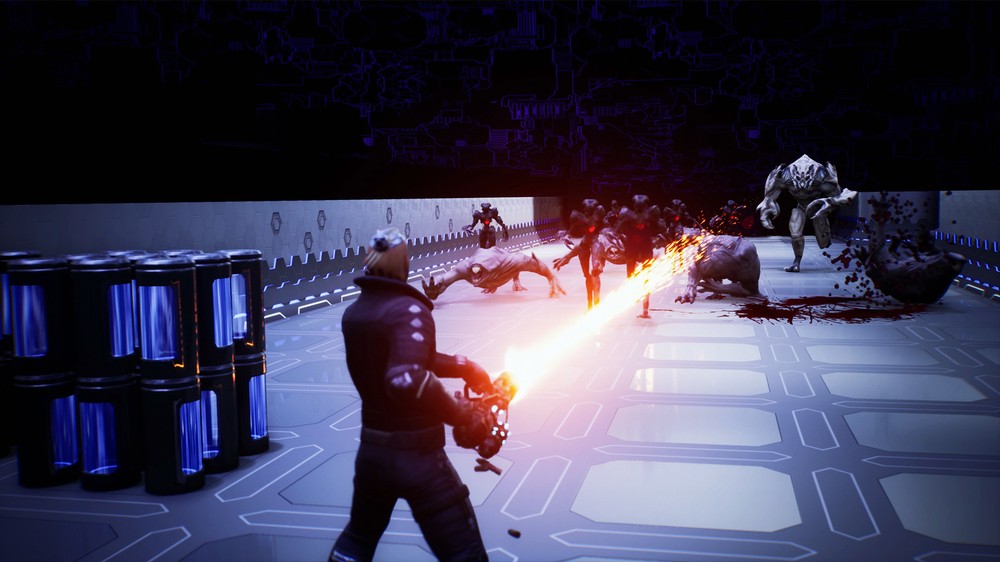 The characters models are pretty good and more importantly their attacks animations were really smooth even with the martial arts. I was pleasantly surprised that there is some pretty decent voice acting present from the likes of Tony Todd and Temuera Morrison among its roster. Musically The Protagonist: EX-1 has a nice soundtrack that fits each level well while still giving players that nice otherworldly sci-fi vibe. If you pick up this title in early access via Steam you will also get access to the 4-track soundtrack for free which I really enjoyed.

While there is still more to be released including new characters, environments and narrative levels, I found The Protagonist: EX-1 to pretty enjoyable so far. The menu system in combat particularly at first threw me a bit but after a little practice I got the hang of it pretty well. While I was playing this on PC I can definitely see some potential for touch based controls but that’s still to be seen. I did encounter at least one bug when saving but if you’re like me I like to make use of multiple saves for just such an occasion. The martial arts combat is what really sets this title apart from your usual tactical RPG. So if you enjoy tactical RPGs and sci-fi settings then you should definitely check out The Protagonist: EX-1, available now on PC for Early Access via Steam. 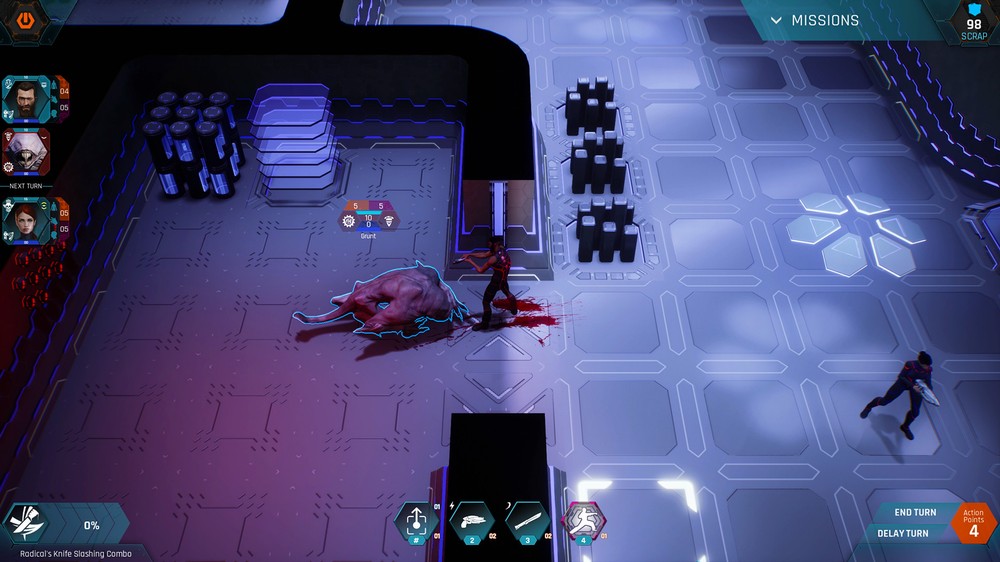 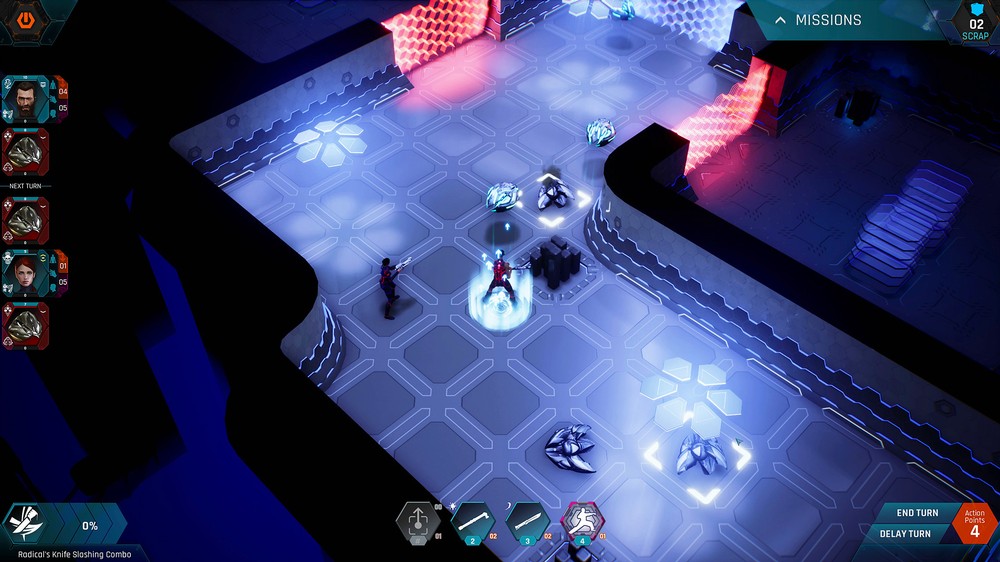 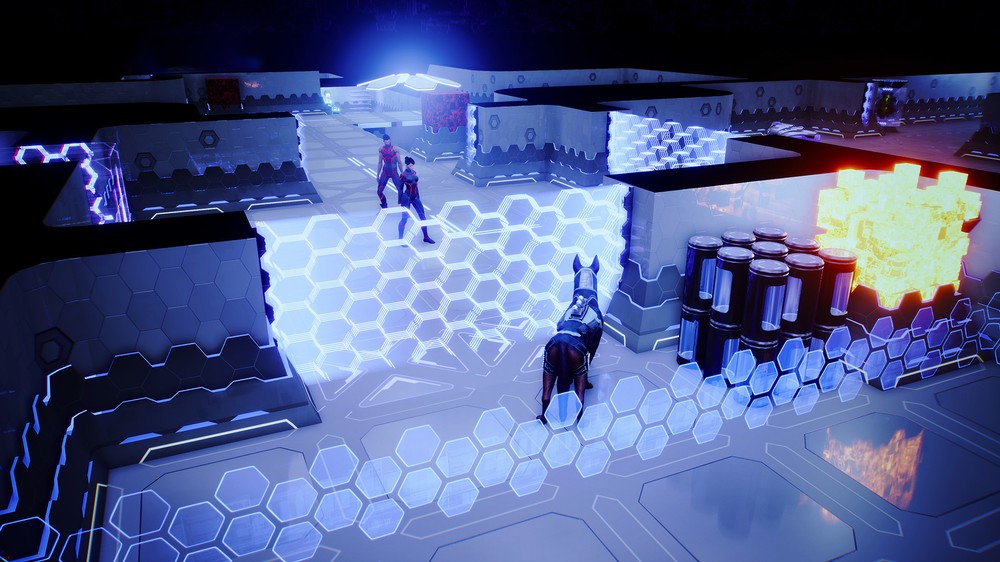 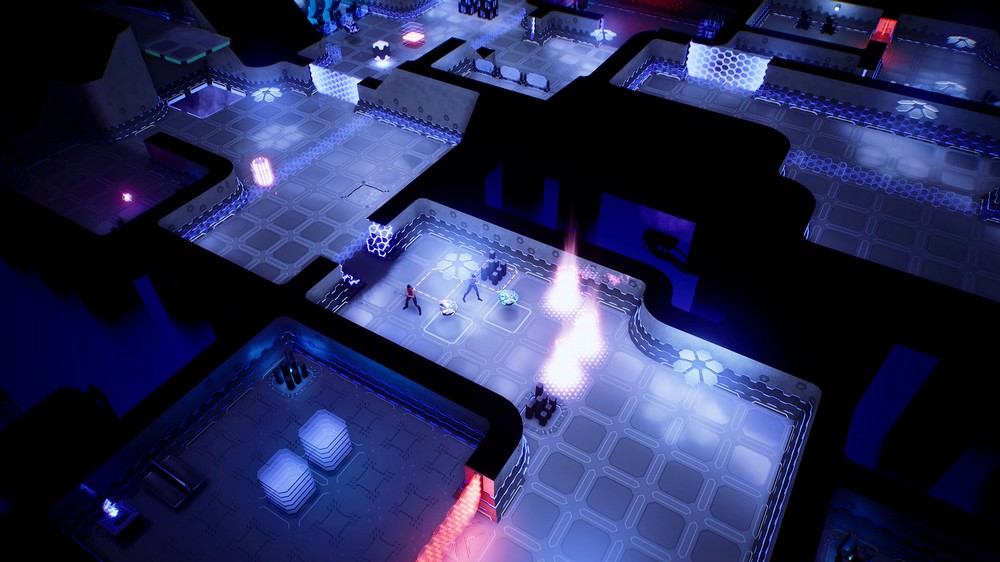 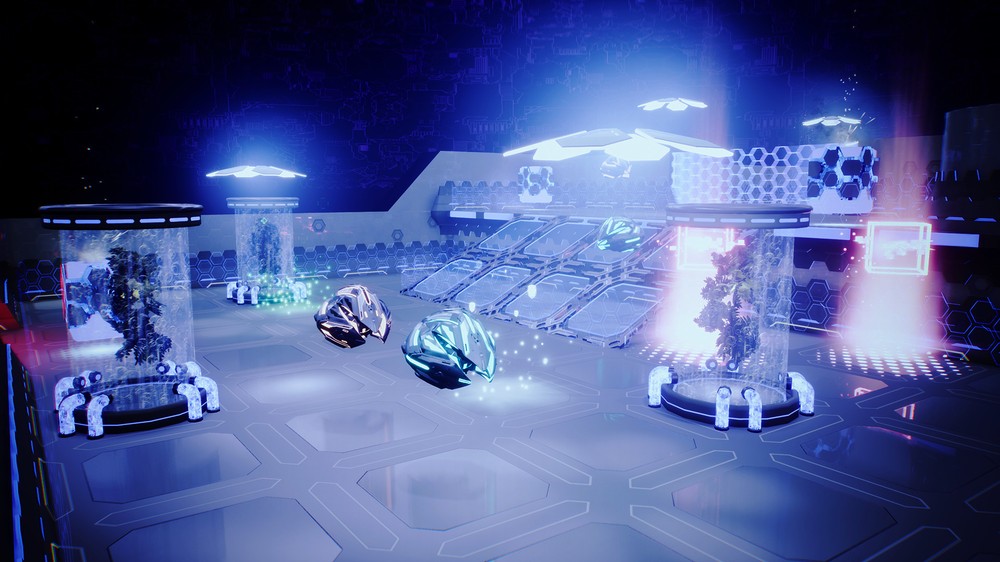