The Procession to Calvary Review – PC 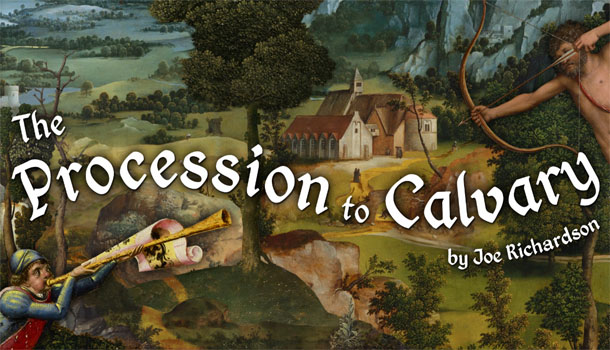 - Quite a short experience

I have played through a number of games where the visuals have been pleasant enough to be appropriately described as ‘like playing through a painting’ but I can’t recall a time where I have literally played through a piece of art. The Procession to Calvary, developed by Joe Richardson, has now filled that gap in my gaming history, as it requires you to play through a series of paintings, some of which you may recognize, and some of which you may not. That’s not all though, as every element of the game, including the protagonist, all NPCs and even the items that you will pick up are all taken from paintings as well, leading to an experience that just might encourage you to visit an art gallery.

I was a reasonably late bloomer when it comes to classical art appreciation, only really beginning to develop an appreciation for the form in the past few years. However, I can now occasionally tell my Turners from my Boticellis, and so I was excited to dive into The Procession to Calvary and see what was in store. What made me even more excited was that there was a distinct Monty Python-style sense of humor to proceedings, and this mixture of art and comedy seemed like a sure-fire hit. Within minutes of starting up the game I had already laughed at a joke that was presented through one of the menu screens, and from that moment on I knew that I was in safe hands. 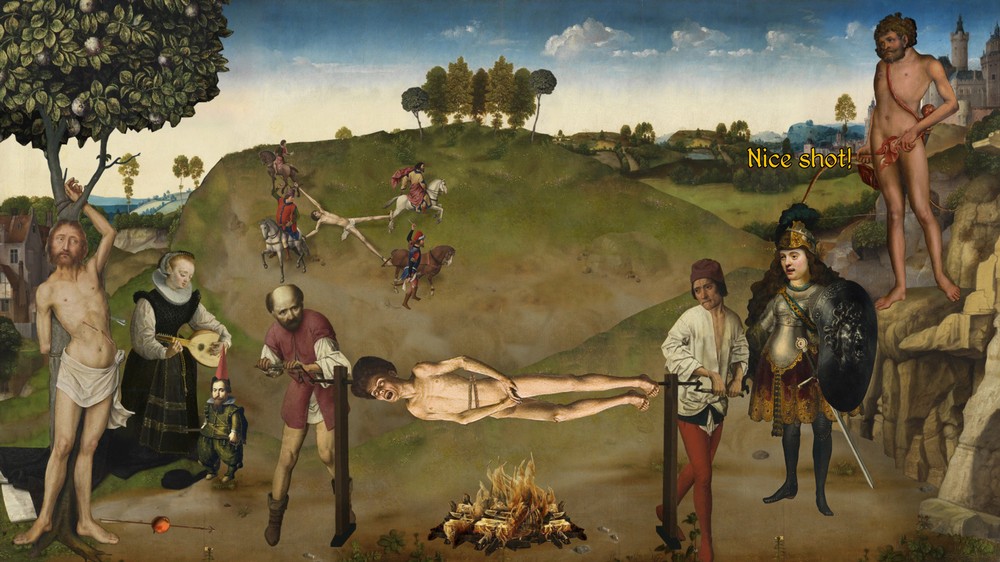 The Procession to Calvary isn’t a long game, and can be completed in a couple of hours, depending on how much time you spend on some of the puzzles. However, it uses that time wisely, and is packed with enough jokes, and enough variety of jokes, to give you something to look forward to on each new screen. In true point-and-click fashion, the majority of the puzzles involve finding an item and then finding the right person to give this item to, and there will be a number of points where you seem stuck for what to do, until stumbling upon the right solution suddenly opens up a whole host of new paths for you. I found most of the puzzles to be fairly straightforward (though not necessarily easy) once I got the hang of them, though there was one instance towards the very end of the game where I don’t think I would have grasped the solution without the assistance of a guide.

Though The Procession to Calvary does have a story, most of your time with the game is spent interacting with a wild cast of characters who don’t have a huge impact on the overall plot. You are given the task of murdering Heavenly Peter, an apparently tyrannical leader, early on in the game, but most of your time is spent figuring out how to actually get to him, with a variety of characters willing to stand in your way. Unlike a lot of other puzzle games, here you are given a sword, and the ability to use it, meaning that if a particular puzzle is too tricky to figure out, you are perfectly able to kill the character who is standing in your way, though with the promise that your actions will have consequences later down the line. It’s an interesting alternative to the hint system, and though a lot of the puzzles aren’t frustrating enough to need to use your weapon, it’s still nice to know that it’s there. 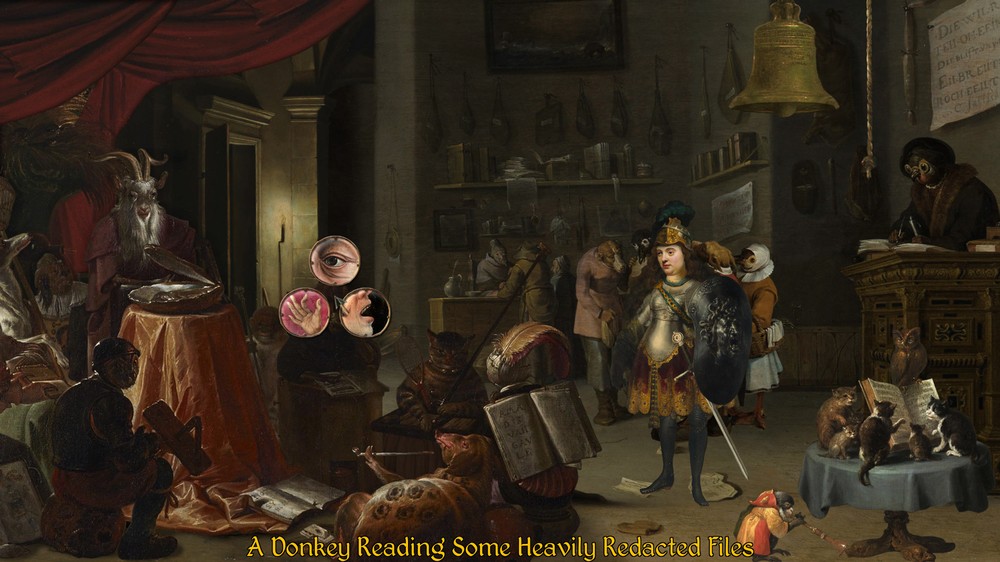 I had a lot of fun with The Procession to Calvary, and although it is a fairly short experience, I laughed out loud more playing through this game than I can remember from any recent title that I have experienced. Of course, humor is largely subjective, and it may be that the jokes on show here just happened to tickle my childish sense of humor, but I also found that the puzzles were intriguing and engrossing enough to carry me through when necessary. This is a great game to play over the space of a couple of evenings, and the use of artwork and repurposing of certain elements of paintings is really cleverly done. I came away from The Procession to Calvary with a wide smile on my face, which isn’t something that can be said for a lot of games.

1
1138
The Walking Dead: Saints & Sinners Review – Oculus Quest
2
984
Metamorphosis is 33% Off on Steam!
3
984
Synth Riders Celebrates Anniversary with a Month Full of Treats and an Oculus Ques...
4
984
Worm Jazz Review – PC
5
983
Take to the Skies and Choose a Side in the New Trailer for Next Generation Air Com...
6
983
CRASH BANDICOOT 4: IT’S ABOUT TIME IS AVAILABLE NOW
7
983
Frictional Games Shows Off First Gameplay Footage of Amnesia: Rebirth
8
983
Join the Galaxy’s Finest as Star Wars™: Squadrons Soars Into Homes Today
9
983
The Falconeer First-Look Preview – PC
10
983
Werewolf: The Apocalypse – Heart of the Forest launches on October the 13th
All Original Content on Game Chronicles is Copyright (c) 2002-2020
Sinjin Solves Walkthroughs Copyright (c) 1996-2020 by Mark Smith