Beautifully detailed world with a complex backstory to explore and discover. Engaging narrative. Oozing with atmosphere.

Player character’s movement speed is slow to the point that sometimes it feels like you’re moving through molasses. You can progress through the different chapters of the game very quickly and can easily bypass large portions of narrative, even if you aren’t trying to.

If you want to experience a unique, intriguing story and don’t care about “shooter” elements, then this is definitely one to check out.

The Old City: Leviathan is a First-Person Narrative adventure. Other titles that are of a similar nature, though they may differ in style and presentation, would be Gone Home, Dear Esther, The Stanley Parable, and Dream.

At the beginning of the game, you are told that not everything you see or hear can be trusted. Throughout my time exploring the Old City, I was constantly reminding myself of this. I am fairly certain that you are a character named Solomon, though even that could be argued. I started questioning my character’s sanity as I tried to piece together what exactly is going on, or had already happened. Notes, written by an unknown hand, possibly your own, are left pasted to the walls in rooms that show the signs of being make-shift quarters. Some are journal entries, while others are messages, while others still seem to be sections from official texts from the world.

Basically, without any spoilers, you are a survivor in a city that has been ravaged by some kind of war or disaster that happened an unknown time in the past. Your characters memories of what happened are just about non-existent. As you explore, your character will narrate things that he “remembers” about the world around you. But, like I said, I kept taking everything he said with a grain of salt. Honestly, I took just about everything with a grain of salt. 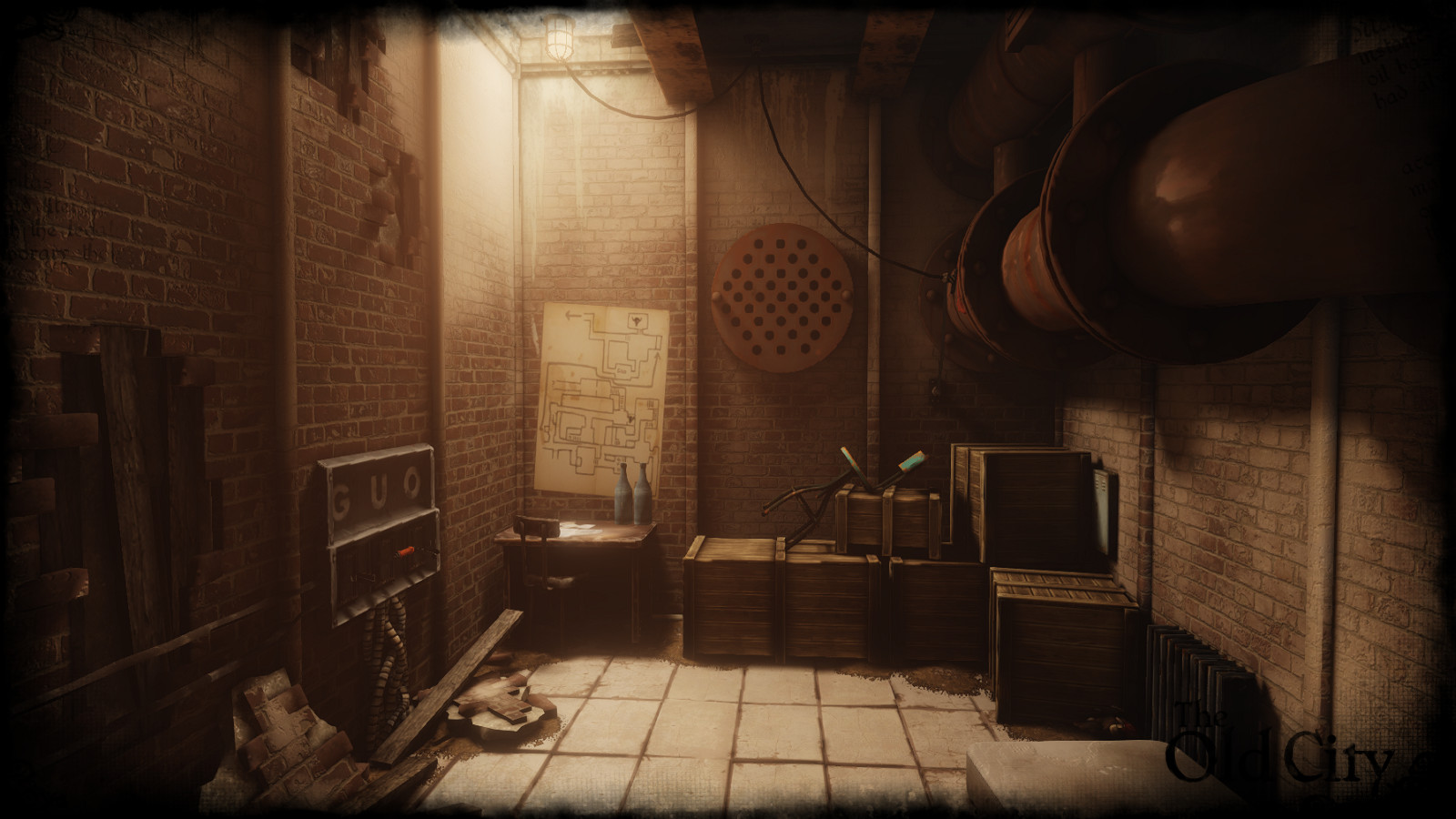 The game is very dreamlike. Things don’t always make sense. But, that’s okay. As you play, you will pass through doors that lead to places that they shouldn’t. You will seemingly wake up in places that defy the laws of the physical world and you will be confused and awed by what you see. There are signs of decay and struggle. Death, horror, fear, madness. But there are signs of beauty and things unimaginable. There are some very heavy references to Greek mythology. There is voice-over narration.

I mention these things because they are the sums that make up the whole, but this game tries very hard to be something more than the sum of those parts. I don’t know that I am the person to decide if it succeeded in this goal, but I will say this much: my understanding of the definition of art is something that causes an emotional response in the viewer. I would go as far as to say that this game has done that much, at least. I found myself on a few occasions just stopping for a moment to take it all in. To try and decipher what exactly I was looking at. To try and understand how the world got to be the way it is.

In this game, there are no puzzles to solve other than the puzzle of comprehension. You can spend as much or as little time in each area as you like. You can even choose to go back and repeat a chapter if you feel like you missed something or would like to see it again to perhaps understand it better. This is a good thing, because I found myself walking through doors sometimes that led me to the next chapter when I wasn’t sure that I had seen everything I wanted to see in the previous chapter. It would be very easy for someone who isn’t keen on trying to find every last little detail to bypass entire sections of narrative. I don’t know if there are different “endings” to the game, but I have to wonder if missing pieces will have any effect on the outcome of the narrative. 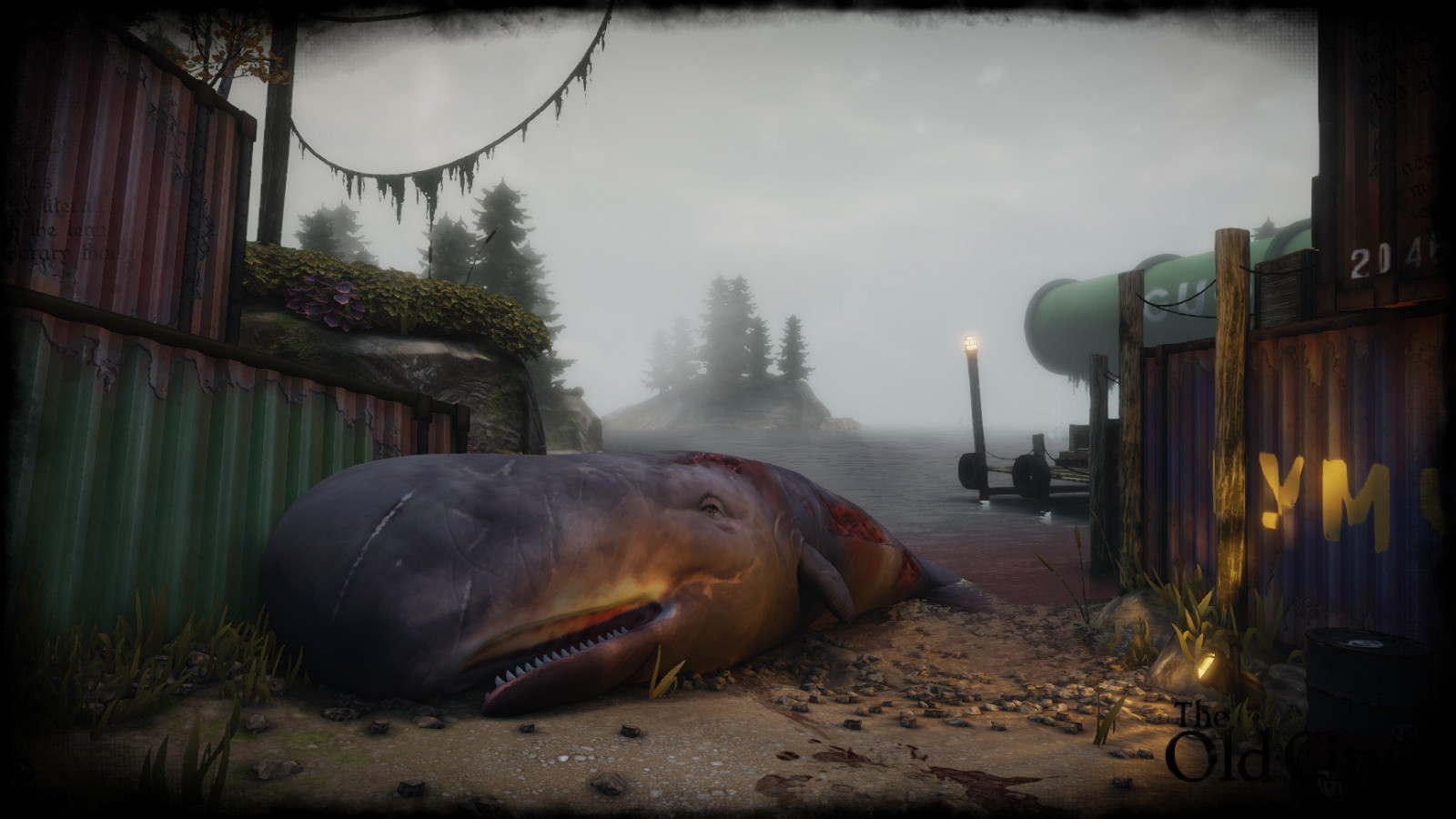 One thing is definitely for sure: this game is not for someone wanting action. Let me repeat, there is no action in this game. There is a story. You are a part of the story. But, mostly, the story has already happened. You are walking through an empty world, observing it, in some ways for the first time, but in others, you’ve done it countless times before.

I mention in the Cons section above that the player movement speed is frustratingly slow at times. I feel like this is something that could be tweaked. The walk speed is fine, but when you hold shift to run, there is a hardly perceptible increase in speed. I don’t mind walking through and absorbing all the details of the game as I go, but if the game doesn’t allow me to sprint through areas that I’ve already been through a little faster, I get frustrated feeling like I could be spending that time advancing the narrative, rather than walking back down a hallway I already scoured once. The fact, though, that this is probably my biggest pet-peeve with this game, is really a good thing.

At the time of writing this, I have not yet “finished” the game. Though I have played through several of the chapters that the game is broken up into, I feel like I am either not yet privy to some key that will allow me to fully understand what I am seeing and experiencing, or–and I fear that this is the more likely result–I will never fully understand, or at least what I think to be the truth may only end up being my individual interpretation of my experiences.

I have a sneaking suspicion that the players of this game will argue over the interpretations of things said and seen much like people argue over the possible hidden meanings behind classic works of literature or art or in movies. 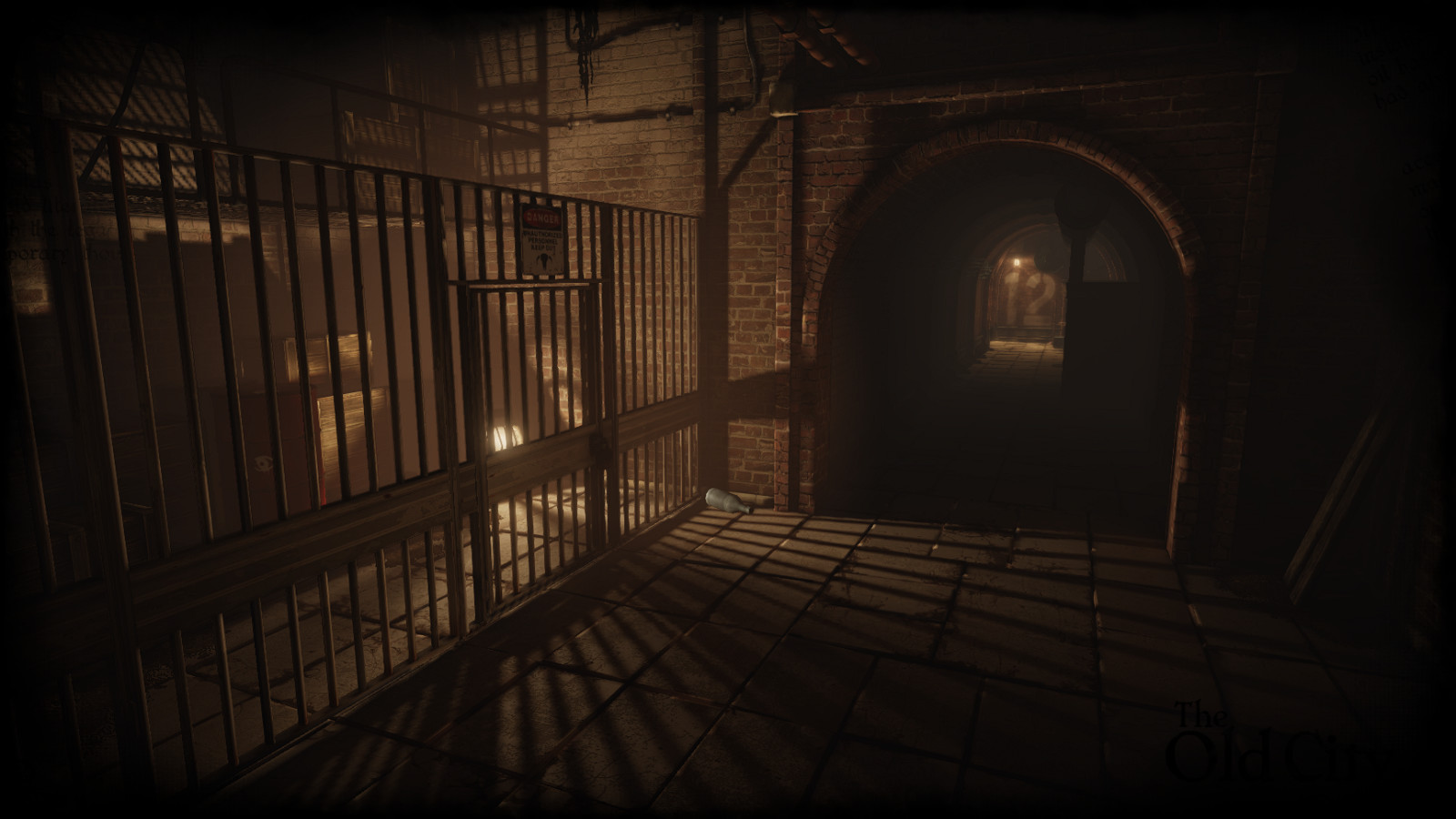 The voice acting for the narrator, I felt, was well suited. His presence did not feel too overt, and it was only there when it seemed necessary to advance the story. The ambient sounds are nicely done, as well, fully fleshing out the various environments. And the subtle use of music to really underscore certain moments in the game, or heighten the emotion at just the right time, was perfectly orchestrated.

The story is complex and, at times, difficult to follow, but I’m sure that anyone who will really enjoy this game will appreciate it for exactly these traits. Someone who feels that these things are detrimental to the narrative probably will not appreciate the game as a whole and will miss the point that, at least I believe, the developers are going for.

If you are seeking an experience that is unique and a little off the beaten path of the average, ordinary video game, then you may well find that Old City is just the type of game you were looking for.  The true measure, I think, for a game like this, is whether or not it draws you in and makes you want to find out more. I found myself intrigued by the game. There are so many nice little details that make a curious person ask why and want to seek out the answers that I think it more than rises to the challenge.

I look forward to continuing my journey through the Old City and trying to figure out the truth that lies behind it all. Maybe I never will. Maybe there is no singular truth. What will your interpretation be? 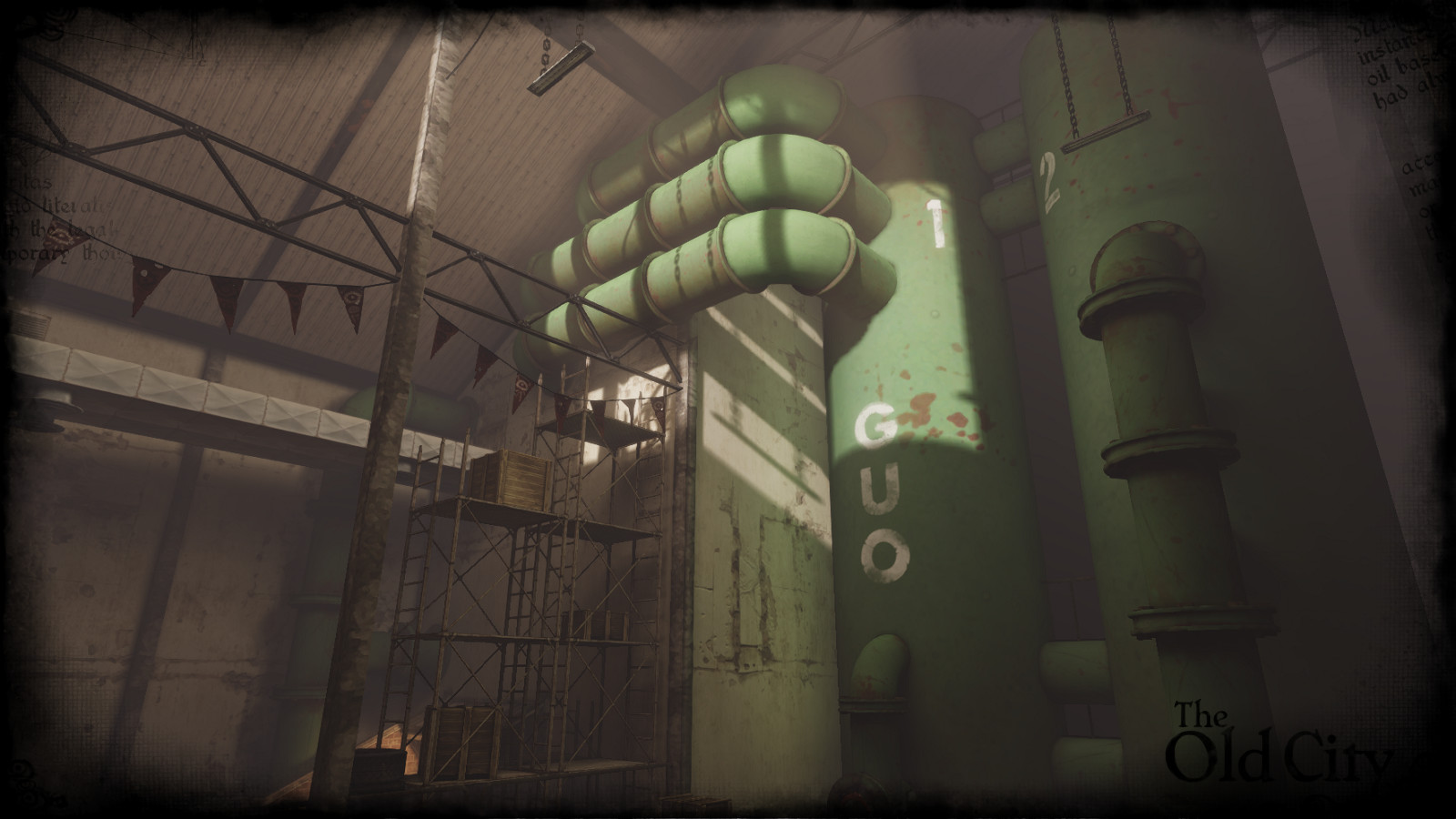 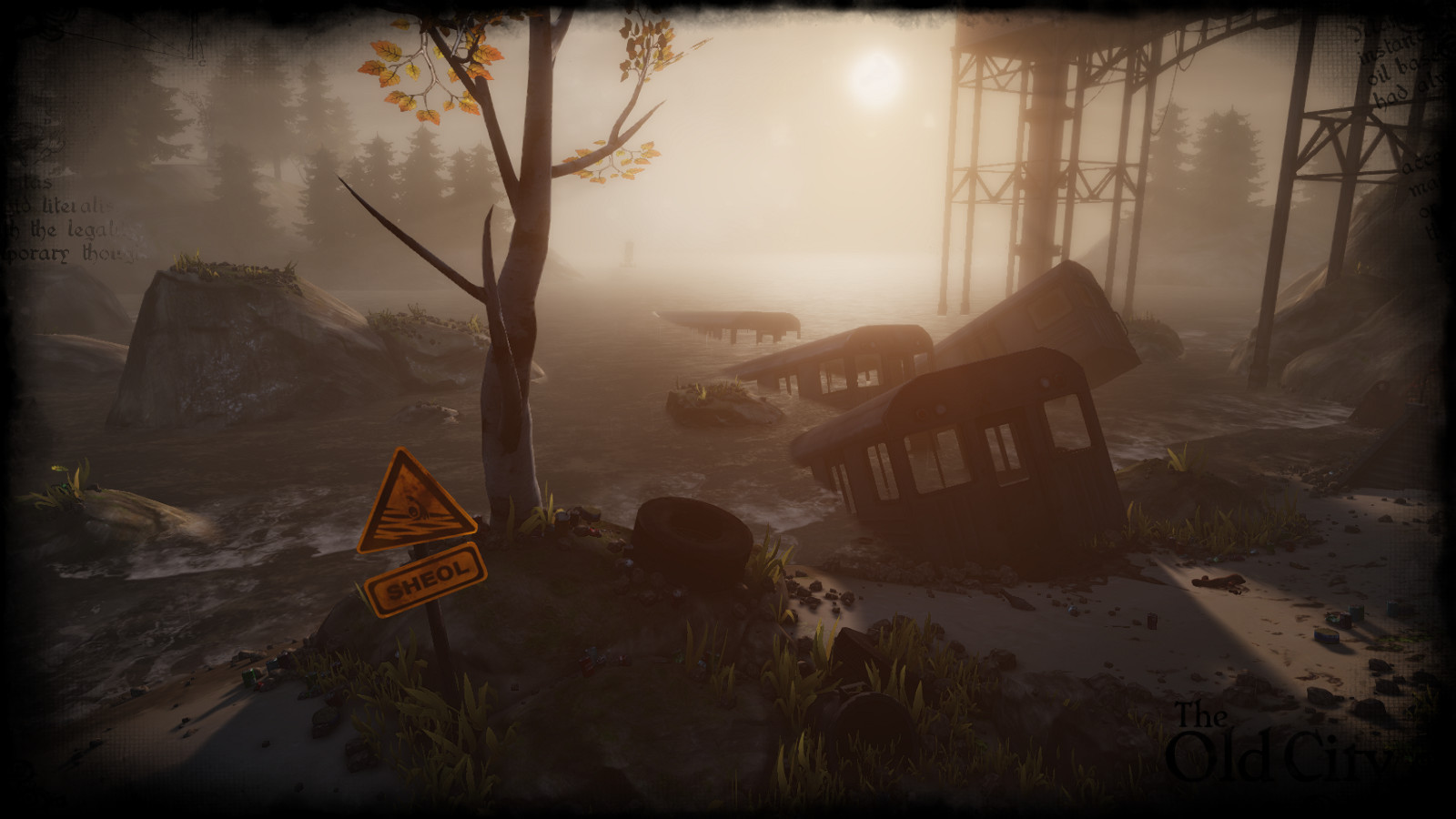 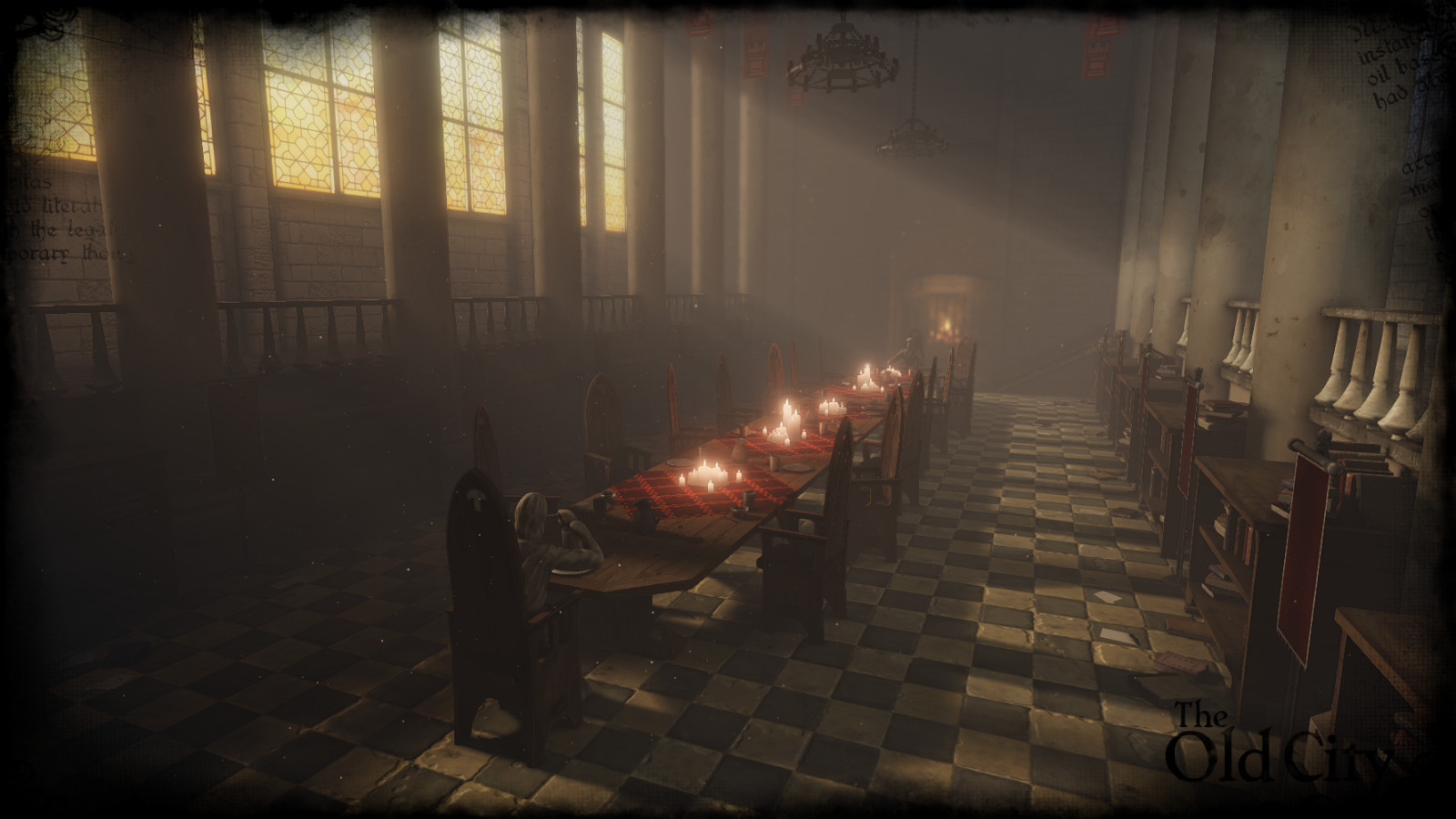 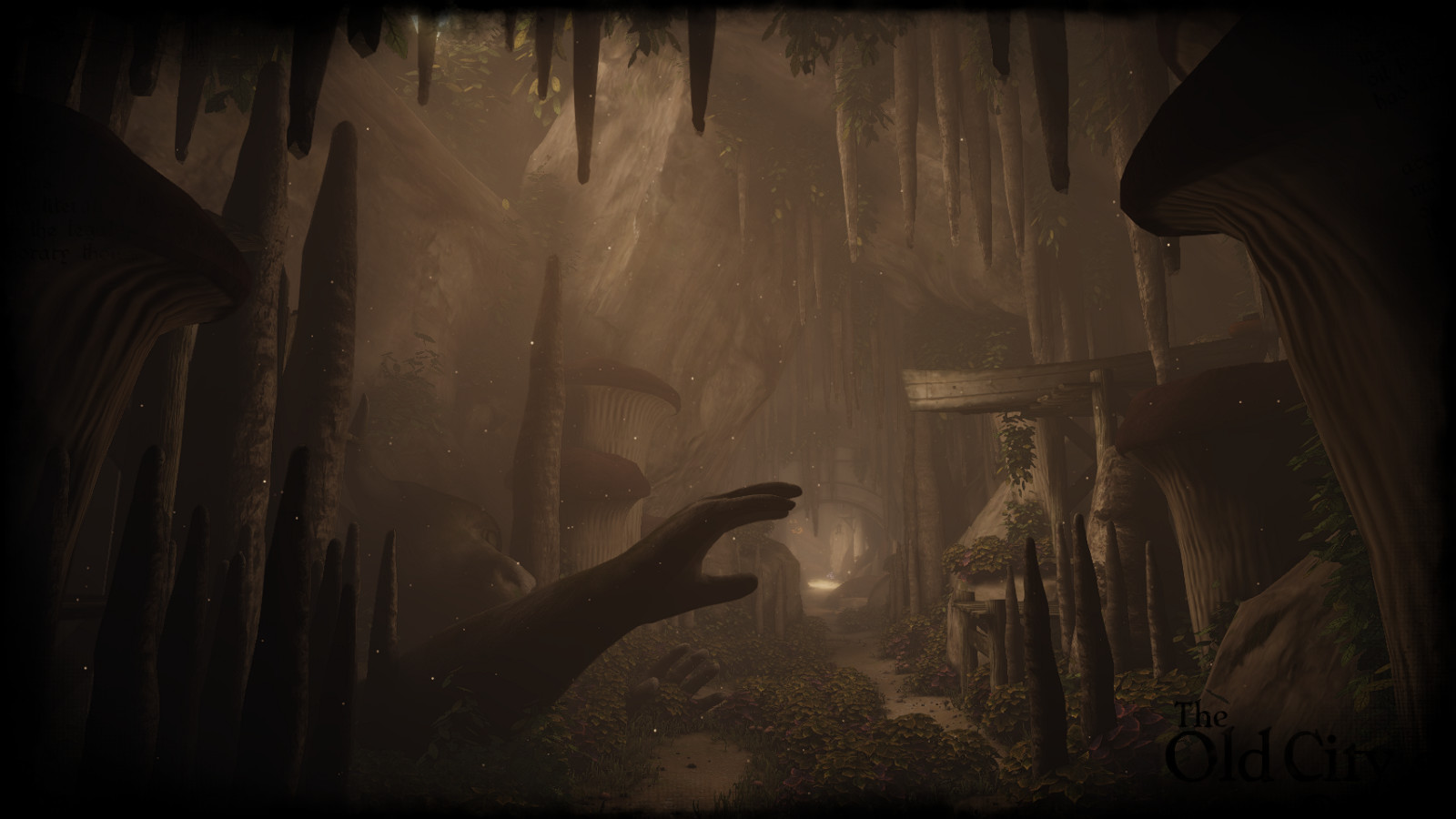 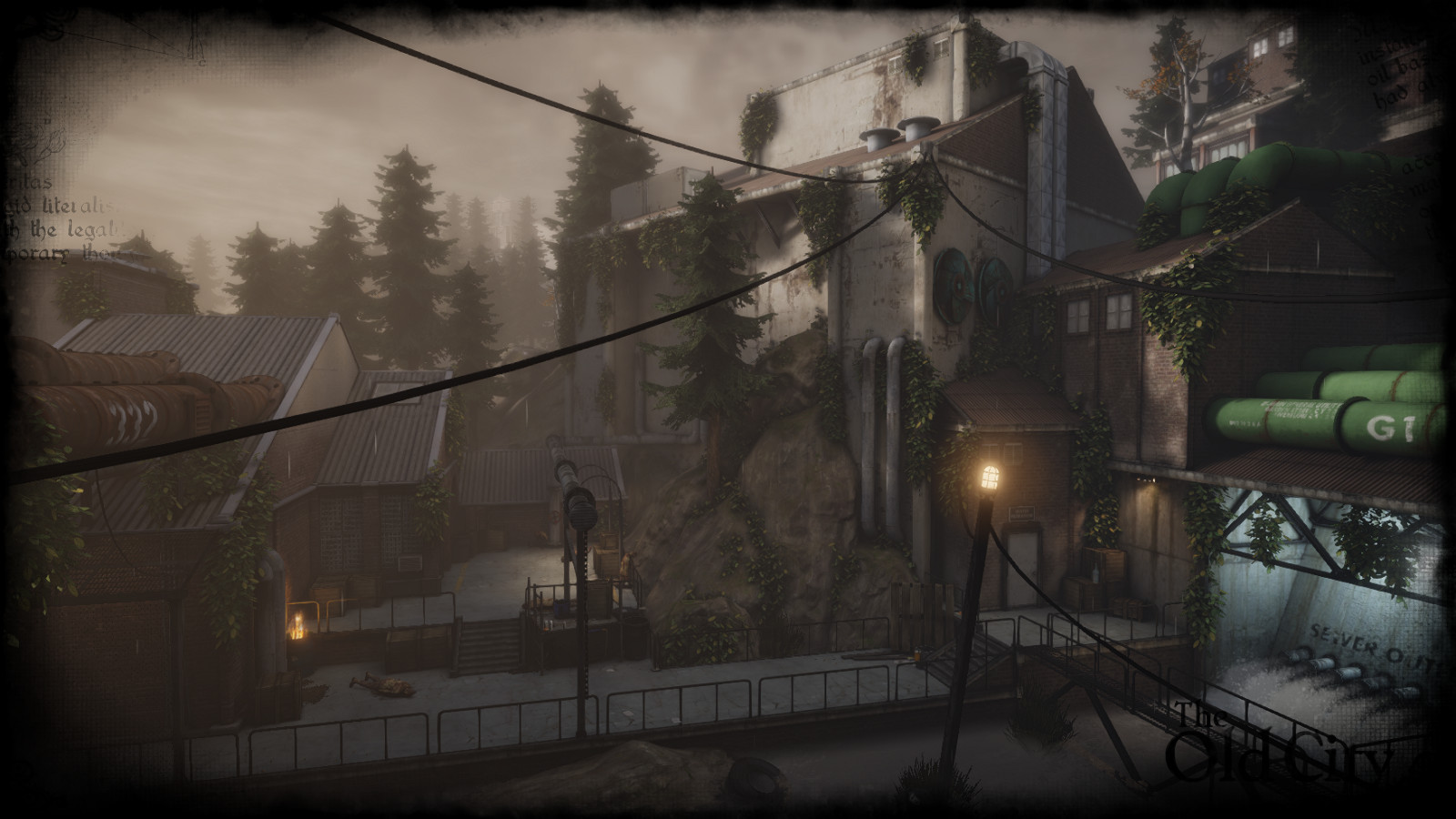 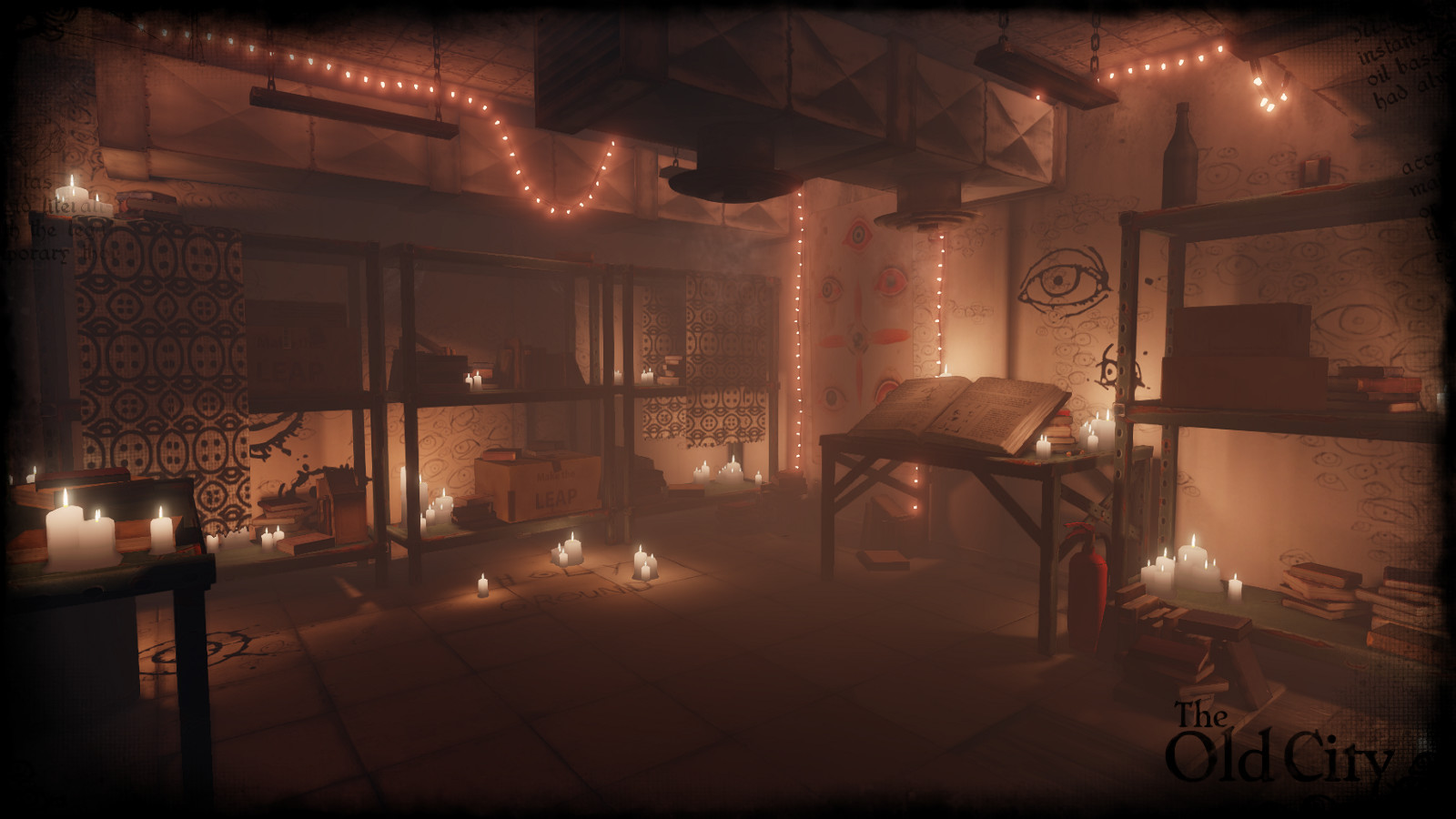 1
880
The Walking Dead: Saints & Sinners Review – Oculus Quest
2
751
Take to the Skies and Choose a Side in the New Trailer for Next Generation Air Com...
3
751
CRASH BANDICOOT 4: IT’S ABOUT TIME IS AVAILABLE NOW
4
751
The Falconeer First-Look Preview – PC
5
751
Metamorphosis is 33% Off on Steam!
6
751
Werewolf: The Apocalypse – Heart of the Forest launches on October the 13th
7
751
Synth Riders Celebrates Anniversary with a Month Full of Treats and an Oculus Ques...
8
751
Worm Jazz Review – PC
9
750
Frictional Games Shows Off First Gameplay Footage of Amnesia: Rebirth
10
750
Join the Galaxy’s Finest as Star Wars™: Squadrons Soars Into Homes Today
All Original Content on Game Chronicles is Copyright (c) 2002-2020
Sinjin Solves Walkthroughs Copyright (c) 1996-2020 by Mark Smith