The Night of the Rabbit Review – PC

A magical fantasy journey fit for the entire family.

At a casual first and even second glance The Night of the Rabbit could easily be mistaken for a reimagining of Alice in Wonderland; not just because of the iconic white rabbit, but more so for the storybook ambience of the visually stunning artwork that makes up the fantastical environments in this game. It would also be just as easy to mistake this for a kid’s game, but the overall challenge level and puzzle design belies the charming innocence of its visuals.

The Night of the Rabbit is indeed a magical adventure about a 12-year-old boy, Jerry, whose mother encourages him to “get out of the house” and enjoy the last few days of summer. Jerry is your typical pre-teen who daydreams of adventure and becoming a magician; a dream that may soon come true when he encounters Marquis de Hoto, a rabbit who takes Jerry on as his apprentice and whisks him away to the town of Mousewood; your gateway to magic and adventure.

The Night of the Rabbit hearkens back to the classic adventure games of the 90’s right down to the point-and-click gameplay – sorry…no gamepad support here, which I admit, with my PC-HDTV game system, had me grumbling a bit as I had to resort to fumbling with my wireless optical mouse on the arm of my sofa, but for conventional PC gamers bound to their desk this won’t even be a concern. Still, a gamepad patch would be appreciated. 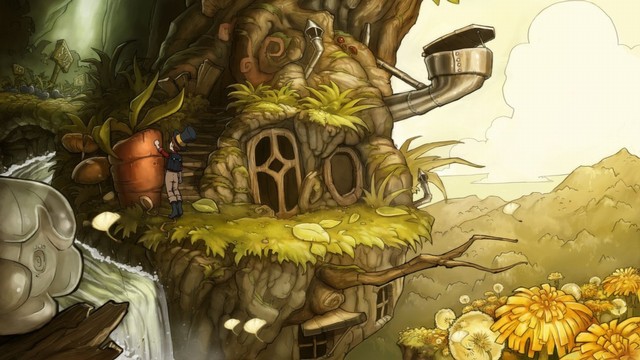 You’ll control Jerry as he explores lush magical environments that leap from the screen with animated detail. You’ll talk to everyone, which includes mostly woodland creatures, and collect everything that can be picked up. Puzzles include tasks assigned by characters as well as navigational challenged imposed by the environment including a unique day and night cycle. Most puzzles can usually be solve with existing or nearby items and a bit of Logic 101, but even better than item puzzles is the slick integration of magical spells – after all you are a budding young magician.

While 90% of the game is reasonably challenging there are moments where even the most seasoned adventurer will get snagged, either trying to decipher the game’s own mischievous logic, it’s reliance on a clever night and day solutions, or simply stumbling onto the correct sequence of events to proceed past a certain point. There is a hint system in place that can put you in touch with the rabbit, but his clues are vague at best and seldom helped, and I ultimately had to consult an FAQ on at least three occasions. 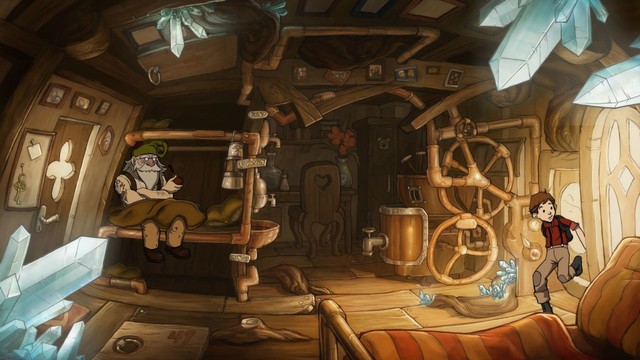 For those looking for some added value there are 32 hidden dewdrops scattered about Mousewood, as well as several narrative nuggets that flesh out the already-engaging story. There is a fun little card game called Quartets, and you can even enhance your deck with unique cards hidden throughout the main game.

As far as presentation, you won’t find a more magical and artistically polished adventure game on Steam at this time. The Night of the Rabbit is the quintessential “storybook come to life” with gorgeous painted backgrounds, smooth detailed animations, gestures, and facial expressions all complementing some fantastic voice acting that reminded me of some of my favorite audio books, complete with immersive environmental effects and whimsical soundtrack.

Jerry’s exploits in The Night of the Rabbit is the perfect way to wrap up those lazy days of summer and get those brain neurons warmed up before heading back to school. Appealing to both new and veteran adventure gamers, this magical fantasy journey is fit for the entire family, and I can’t recommend it highly enough. 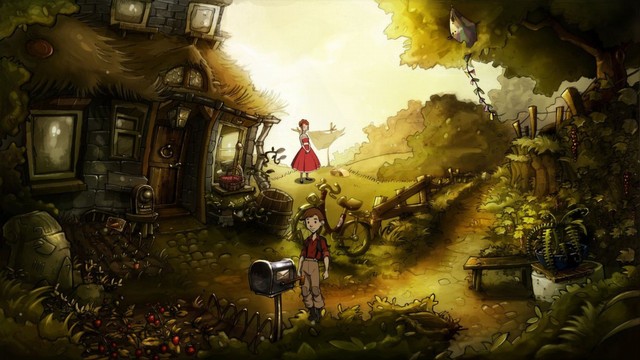 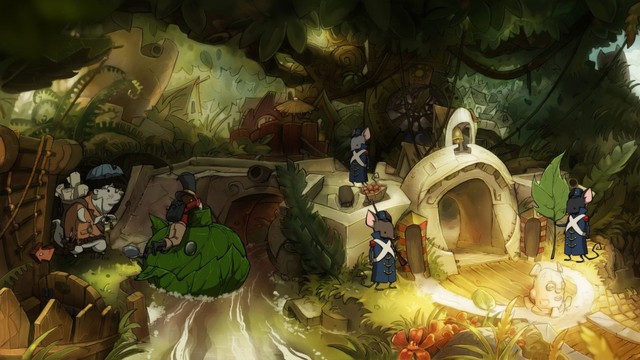 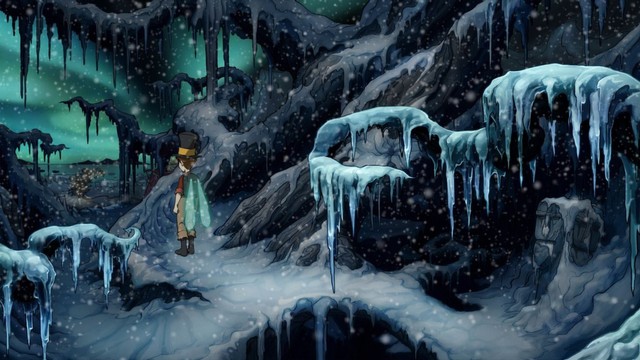 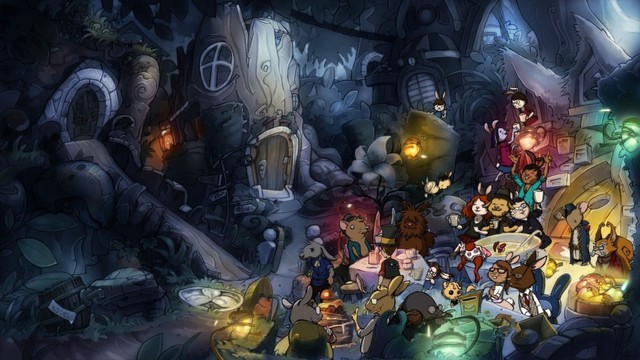 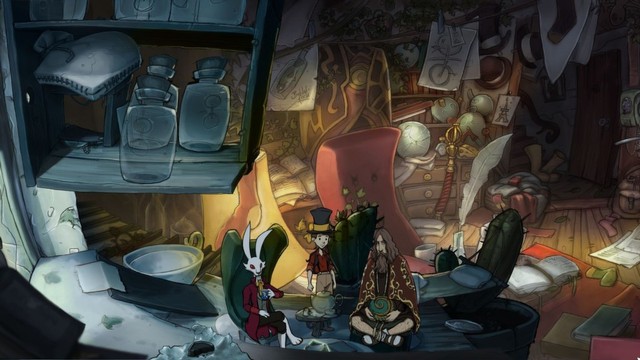 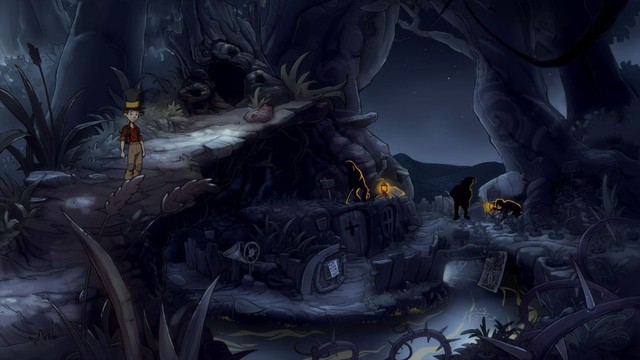 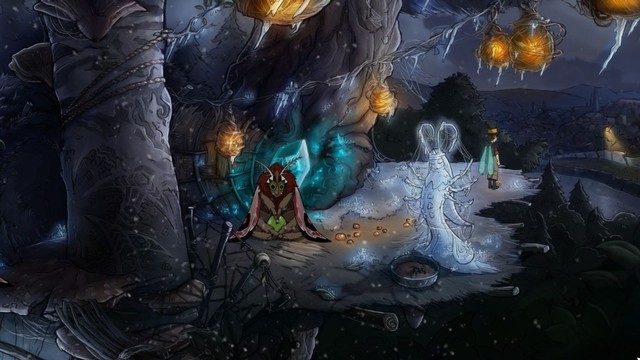 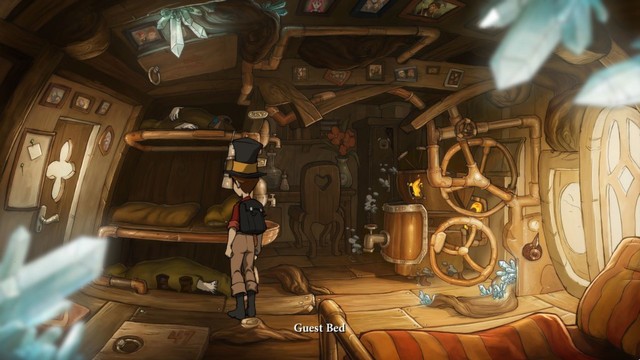 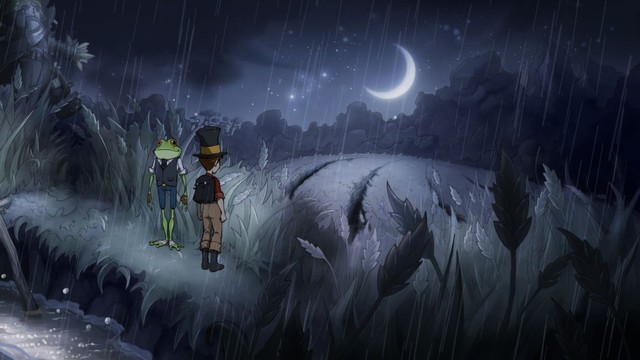