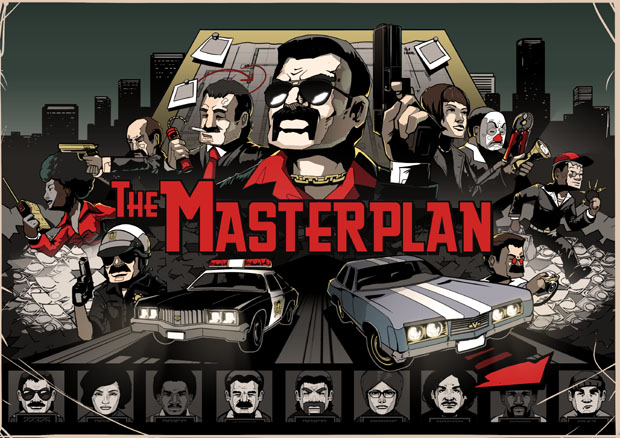 The 70’s era atmosphere really sets the tone for the heist feel of the game.

The overly simple controls actually have the effect of making it seemingly more difficult to make the characters do what you actually want them to do.

The Masterplan is a top-down squad-based tactical game that puts you in control of a group of thugs who have the goal of scoring the perfect heist. You start small, knocking off bars, convenience stores, and the like, but as you make more and more money, build a bigger and better crew, and collect more and better equipment, you move open the door to allow your team to take on bigger and better targets.

Each mission presents you with several different options of how to go about completing the task of walking away with as much money as you can stuff in your pockets. The trick is getting away with it without leaving behind any evidence, or bodies. It gives you the ability to stick a gun in someone’s face and intimidate them into doing what you want, rather than having to kill anyone that gets in your way. But, you have to be careful, because if you take your eyes off someone long enough, they’ll make a break for it and rest assured that the very first thing they’ll do when they get away is to call the cops on you. When that happens, you have about 30 seconds before the cavalry arrives and rains on your parade.

You can choose to take the direct approach, but that, as I’ve found, usually ends up with you having to shoot or knock out a few bystanders. You can also choose a sneakier, more stealth-oriented route by trying to get what you need with the minimum interference. This takes patience, but usually allows you to get away with more money and have less to clean up afterward. 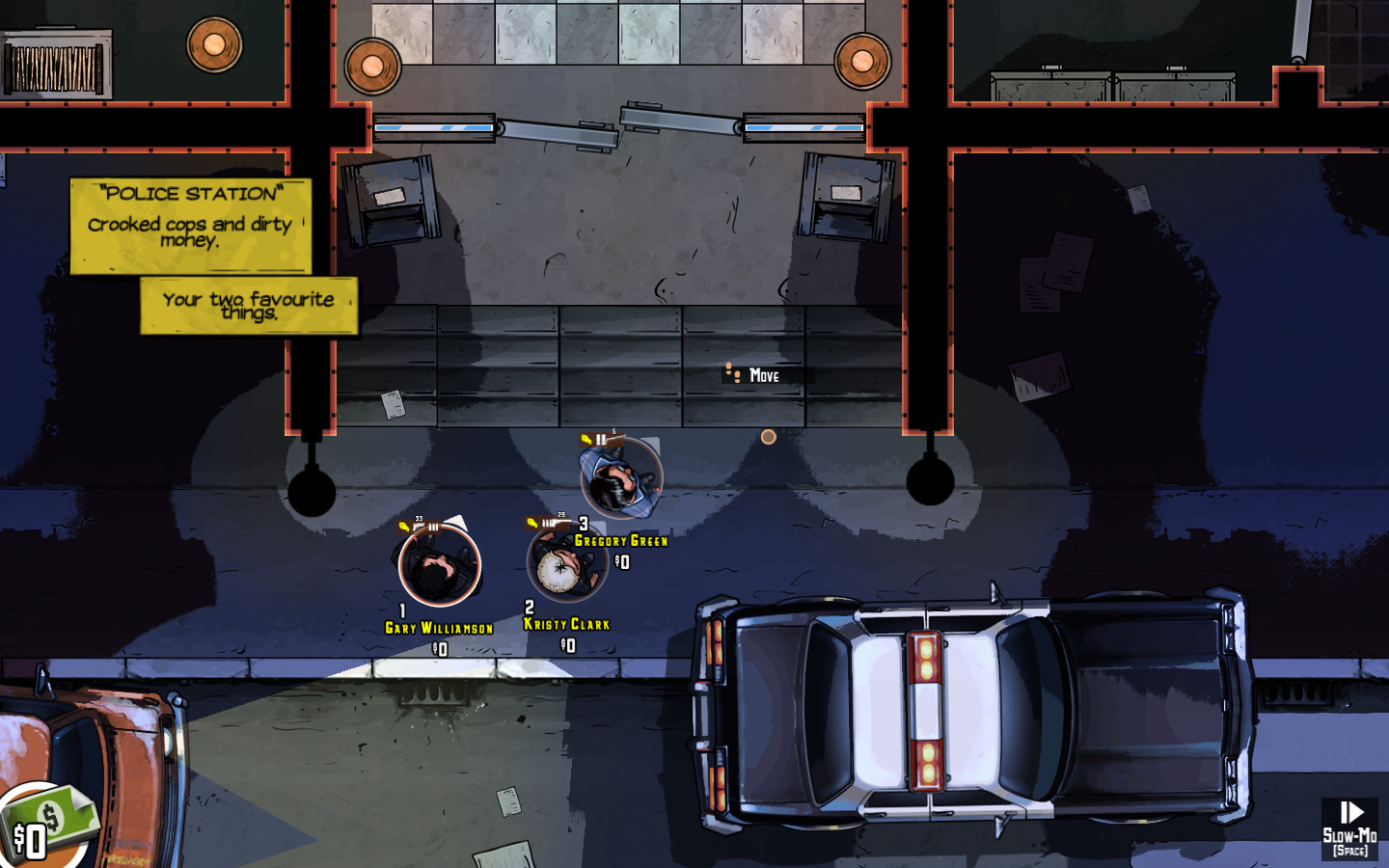 The game is set in the 70’s and between the music, the look of the maps, the characters, and the period-relevant references that are dropped in here and there, the game really does a bang-up job of making you feel like you’re in a good-old stick-em-up flick from that time.

One thing I really appreciated about the game is that it doesn’t take itself too seriously. While it promotes giving you the freedom to choose how you want to solve the problem of stealing as much cash as you can, it doesn’t get overly complex. If you want to go the non-violent route, you’ll still have to melee some people into submission before you can get, say, a key off of them. As far as I’ve been able to tell, you can’t just get them to hand you the key by pointing a gun at them.

This, though, leads me into the one thing about the game that was slightly off-putting for me. The controls. Pretty much everything can be done through the mouse. This sounds great in theory, but there are a lot of different things that you can do and when you have to figure out how to allow the player to do all those things with only a left and right click, some confusion comes with it. I often had to restart missions because I accidentally shot someone that I didn’t mean to just because I right-clicked on them which causes you to shoot them, instead of right-clicking near them, which has you walk to that point and point your gun at them. 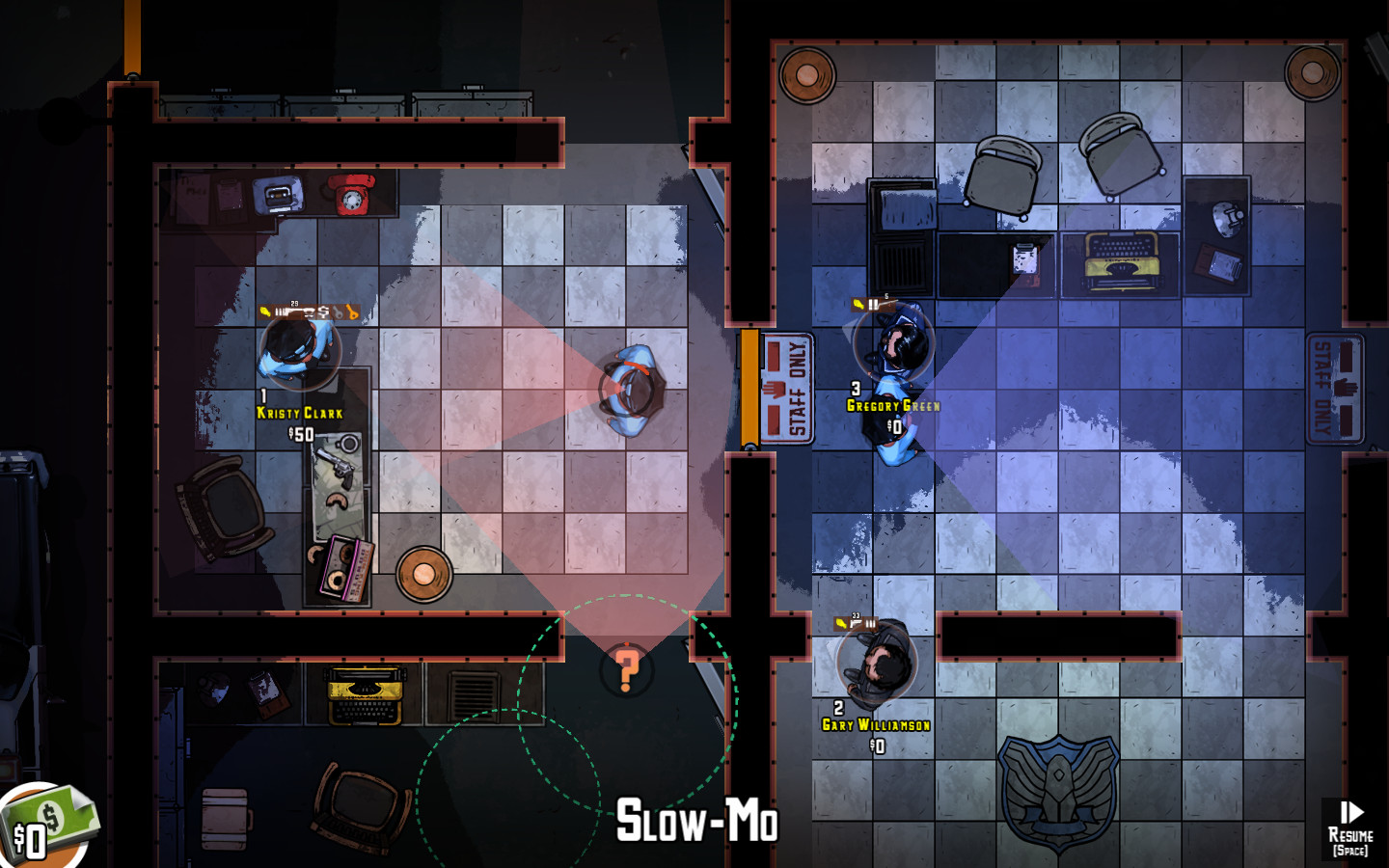 Switching your equipped inventory item is done through right-clicking on yourself. If you left click somewhere instead of right-clicking, you just accidentally deselected the character that you were trying to command. So now you have to go and reselect him (by left-clicking, don’t right-click, or that’ll bring up the inventory wheel again)…and then go about giving him the commands. This would be difficult enough if you were just controlling one guy, but you are always in control of at least two thugs per mission, so you are constantly juggling the controls and trying to keep it all straight even though you’re primarily only using the mouse.

Basically, what I felt was that they over-simplified the controls to the point where it was harder to do what I wanted to do than it would have been had I been given the option of having more buttons to choose from. Or maybe just a better UI. I don’t know. There was just something about the interface that didn’t click with me…oh god…no pun intended. Maybe if I spent more time working with the controls, it would become more intuitive, but I kept feeling slowed down by the interface.

But, I guess in the long-run, that all doesn’t really matter all that much because the game is not focused around speed. The only time there is any kind of race against the clock is after you’ve been caught and the police have been notified. At that point, a timer shows up on the screen indicating how long you have until the cops are there. And unless you want to get into a fiery shoot-out and go out guns-blazing, making a mad dash for your car to get away, you pretty much don’t want to be there when the cops show up. 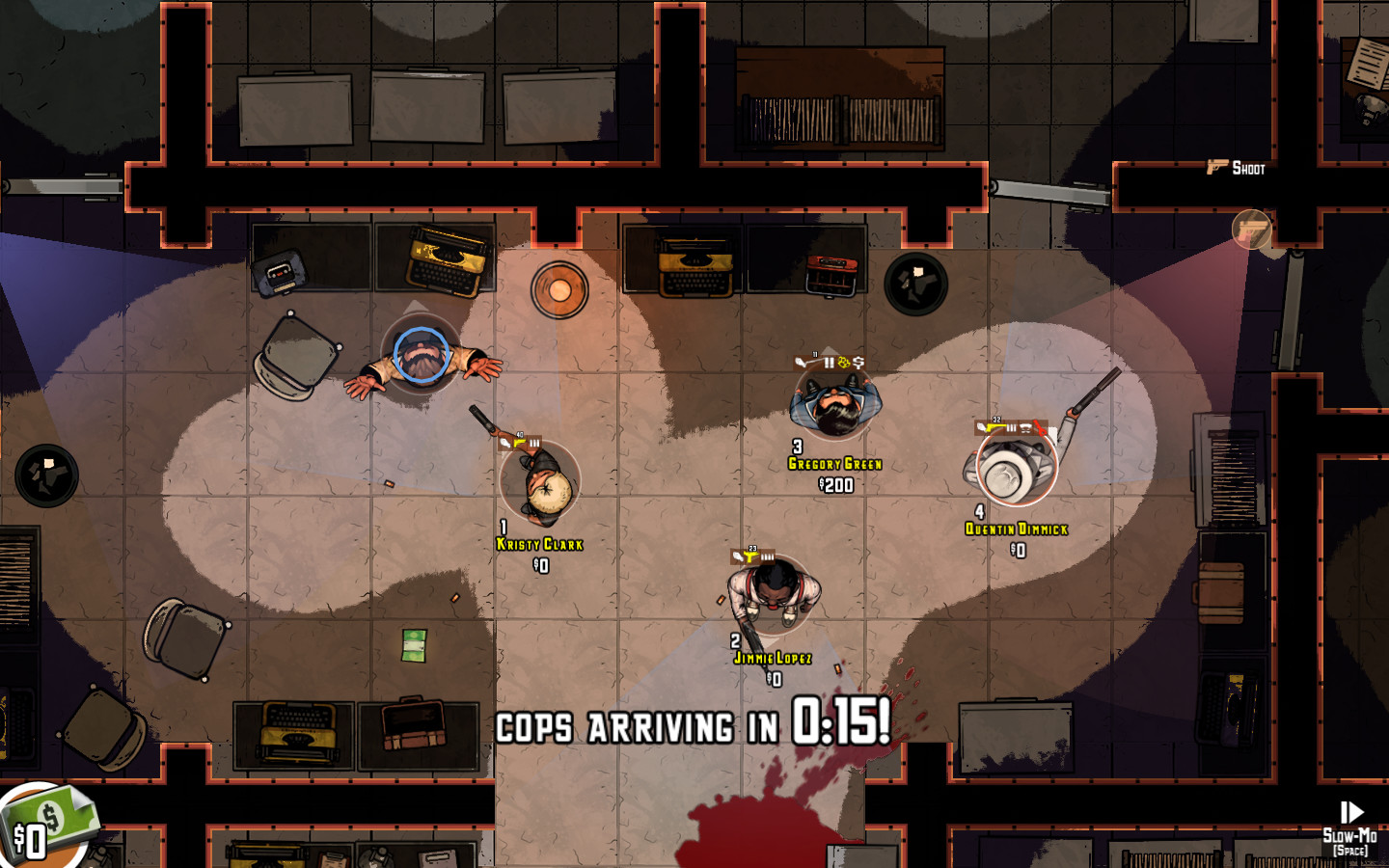 And, there is a slo-mo button (default is space bar), which allows you to put the game into a kind of bullet-time mode to give yourself time to plan even when the bullets are flying. Also, it is really easy to just start a mission over from the beginning if you royally screw the pooch.

You can also retry missions that you’ve already finished successfully to bring home even more money, or to see if you can do it differently than you did the first time. The game is really open in the way you approach it. There is a progression, but it is not linear.

I think that’s probably the thing I like the most about this game is that it really seems to focus on freedom of choice. You can choose to take risks and go in guns blazing, or you can choose to take it nice and slow. As far as I can tell, there is no reward for getting the job done quicker or anything, it is only about how much money you leave with and how much of a mess you leave behind.

Ultimately, the game is fun, although it isn’t one that I would say that I love. The game is currently on sale for $14.99 with a full-price of $19.99. I would say that it is worth the money if squad-based tactical top-down games are up your alley. Because this one does that with style. 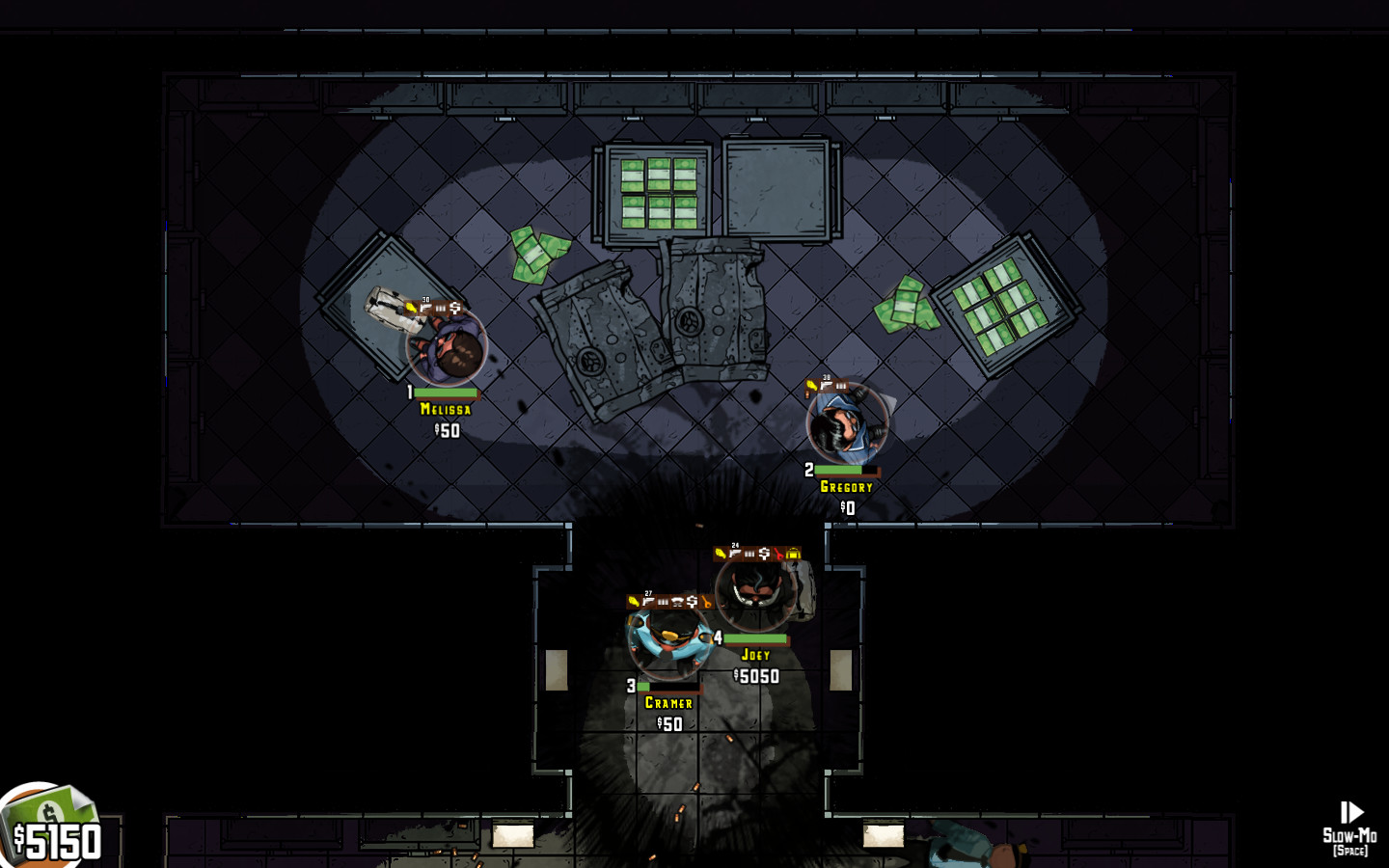 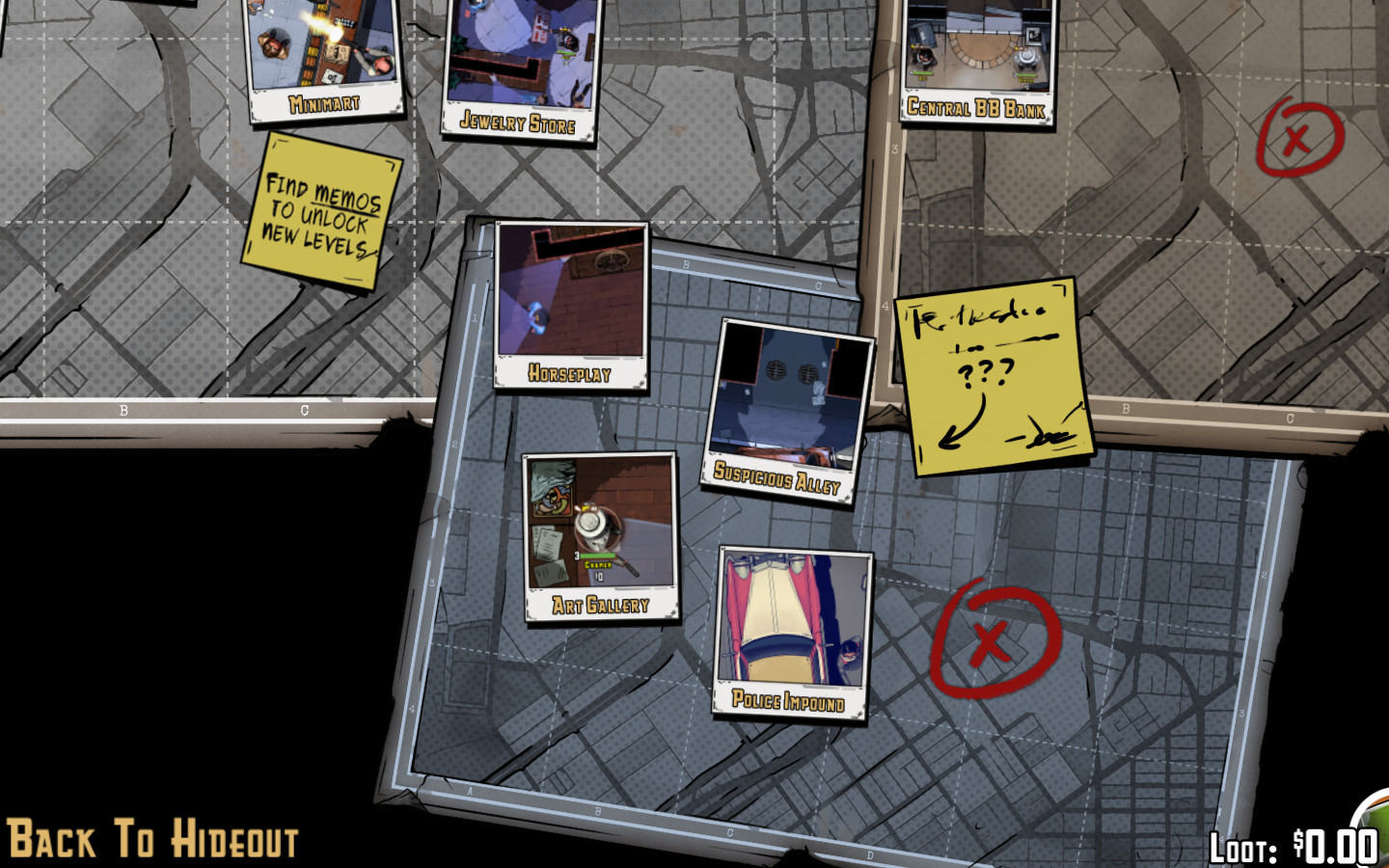 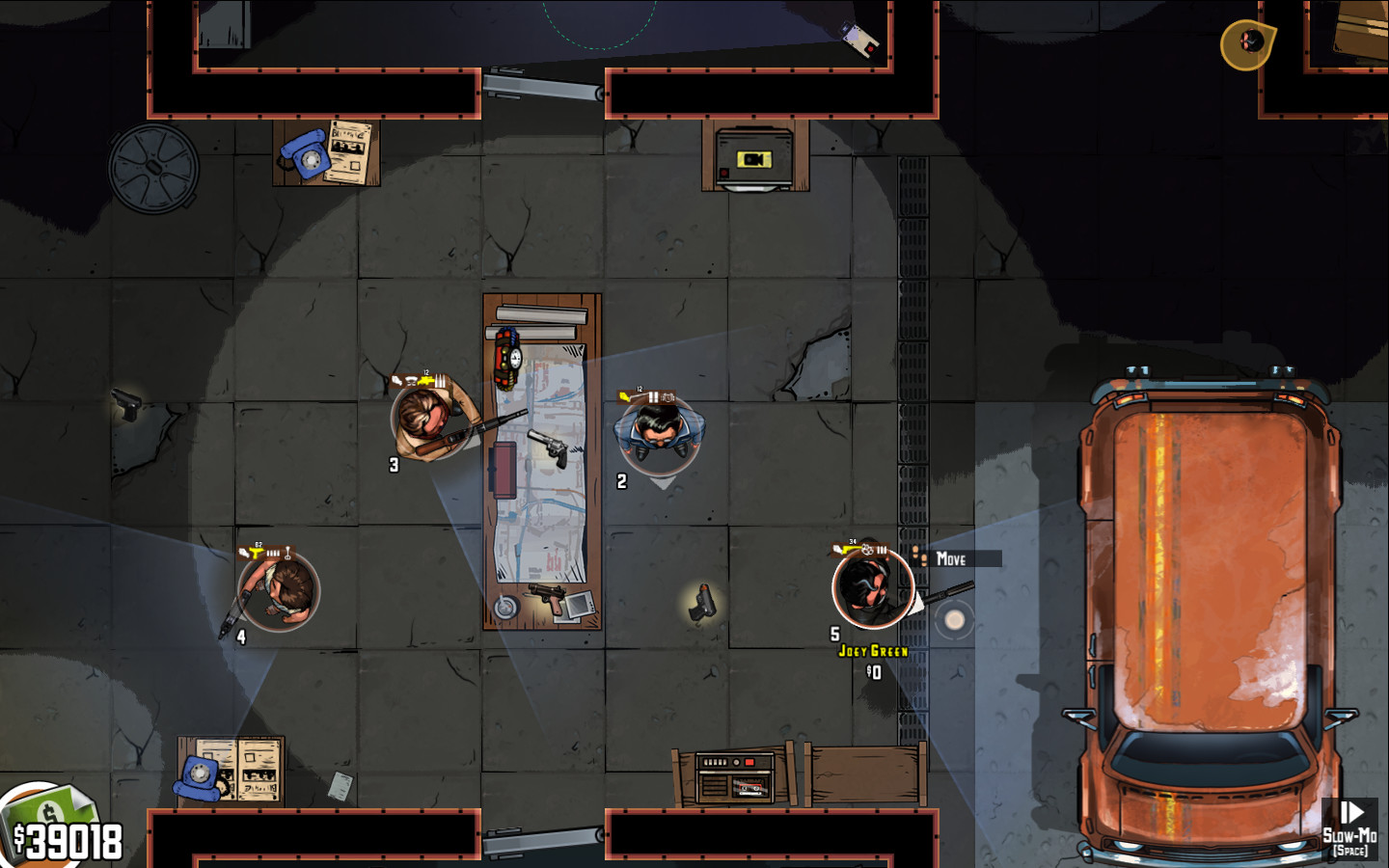 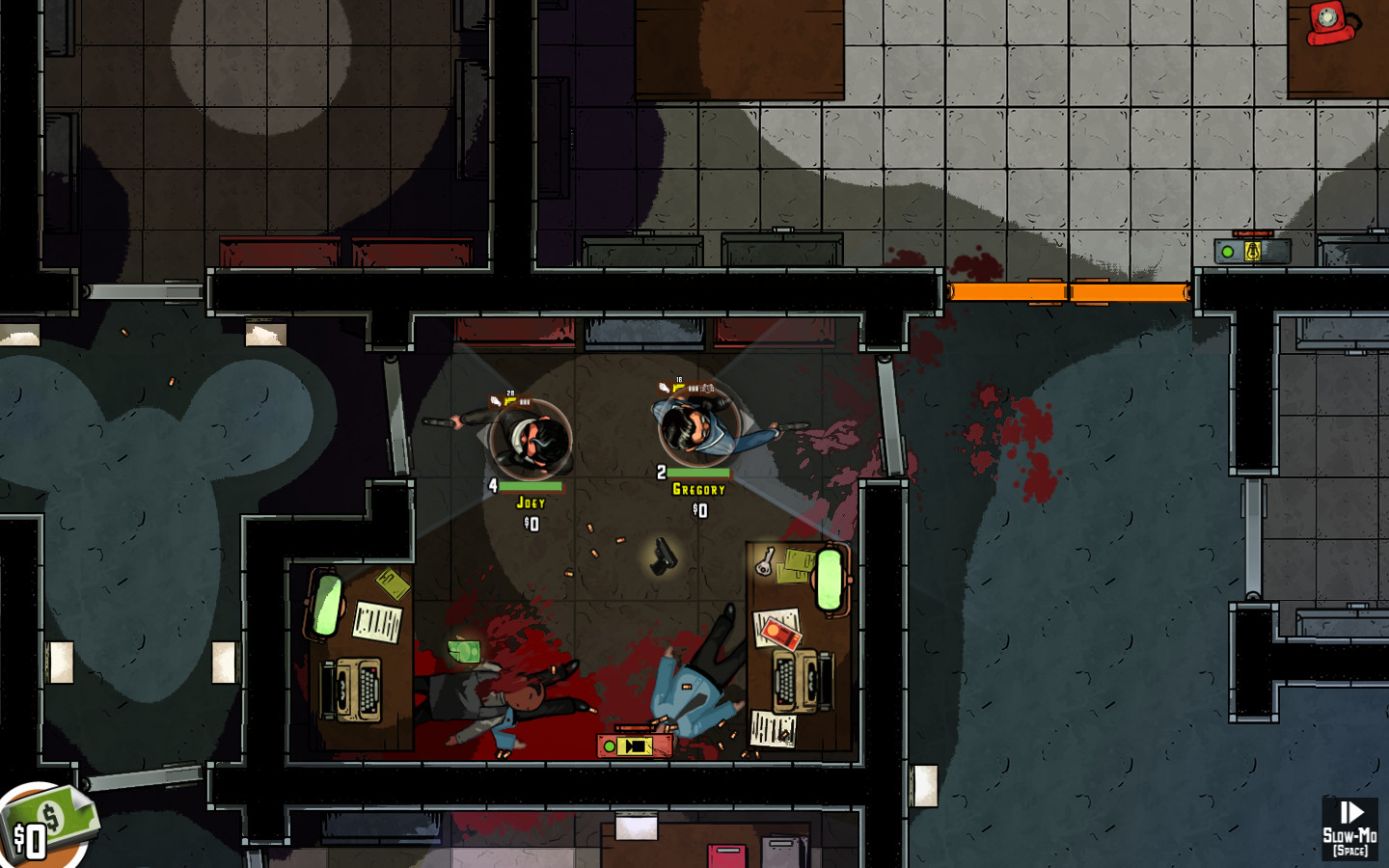 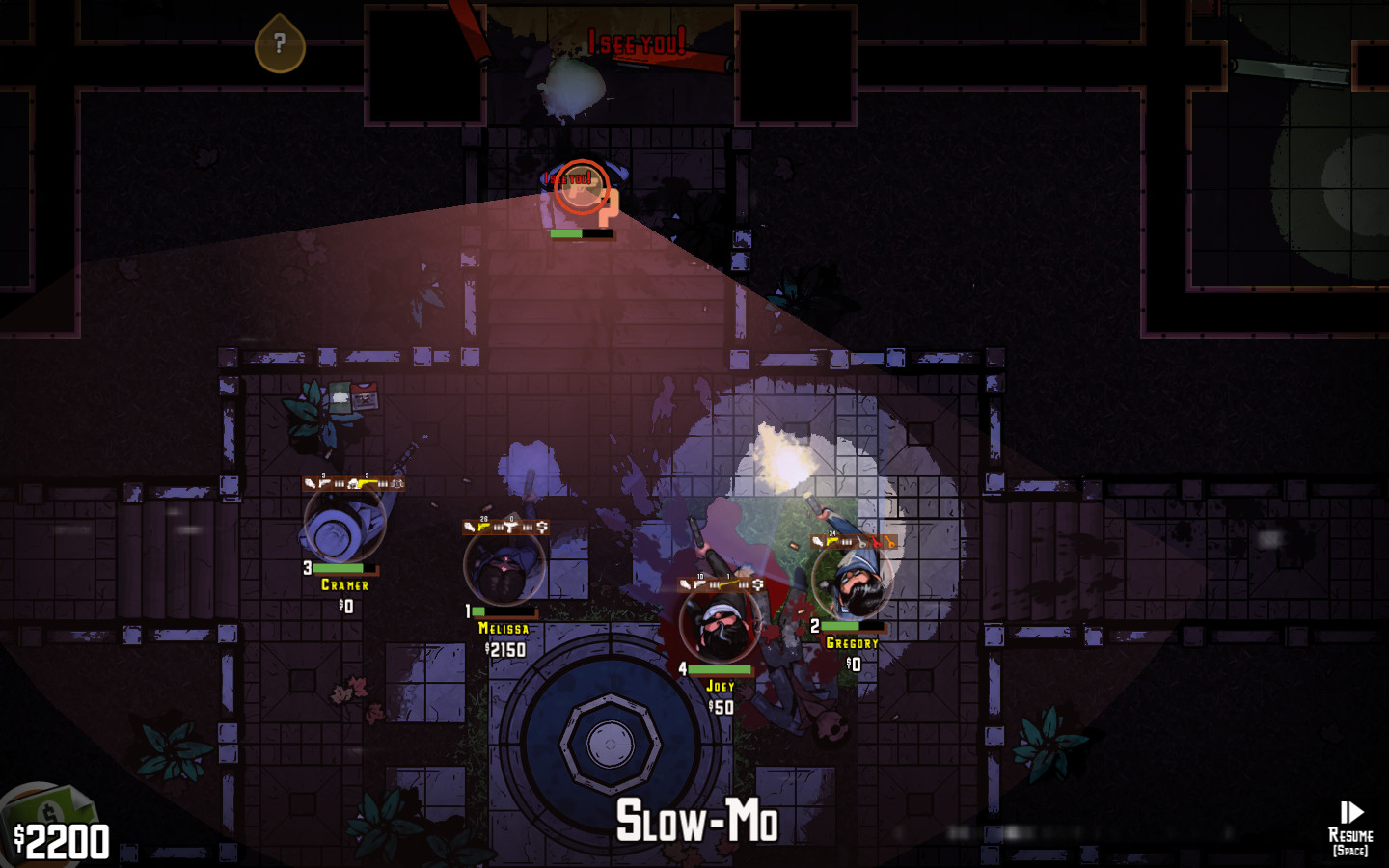 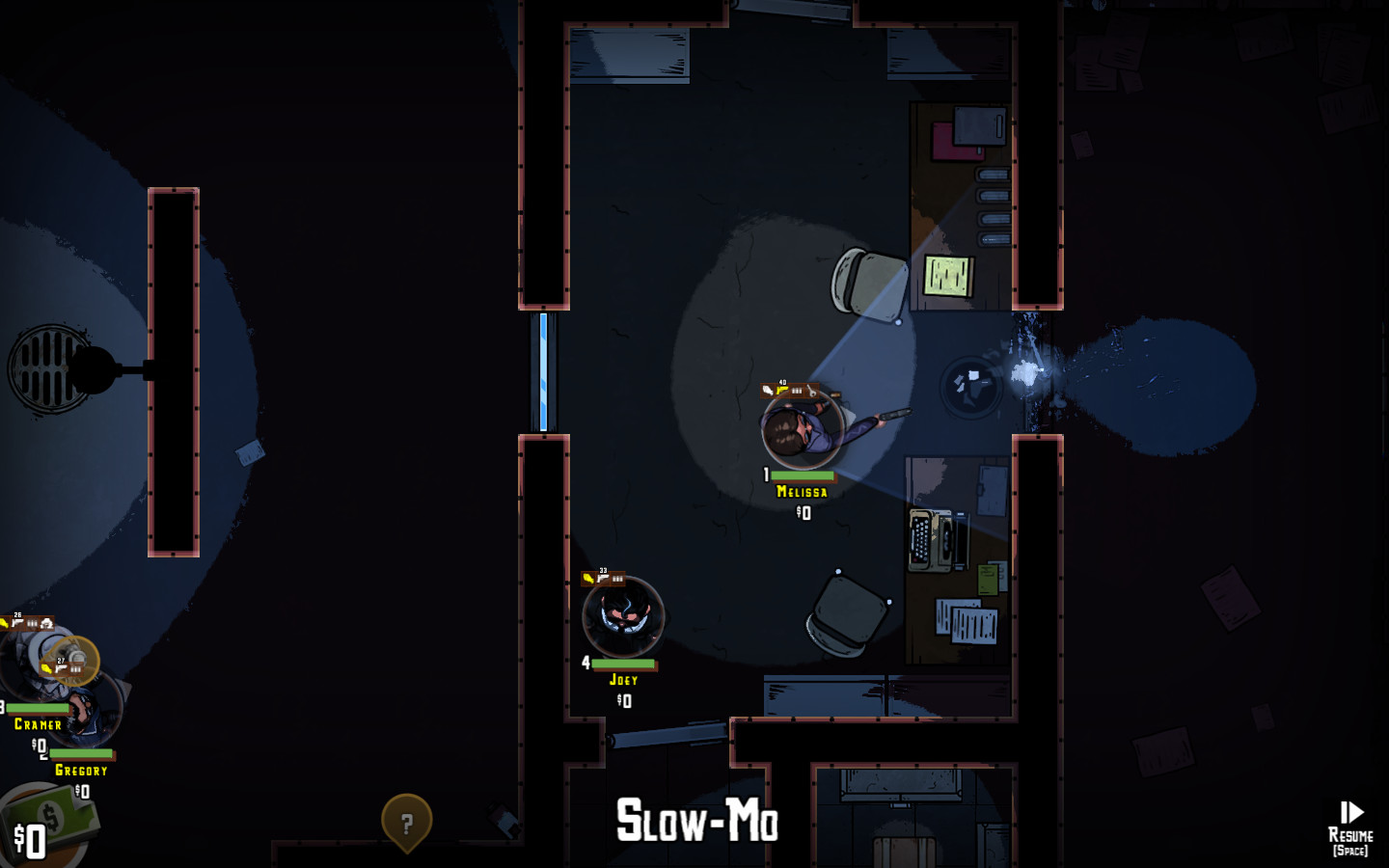 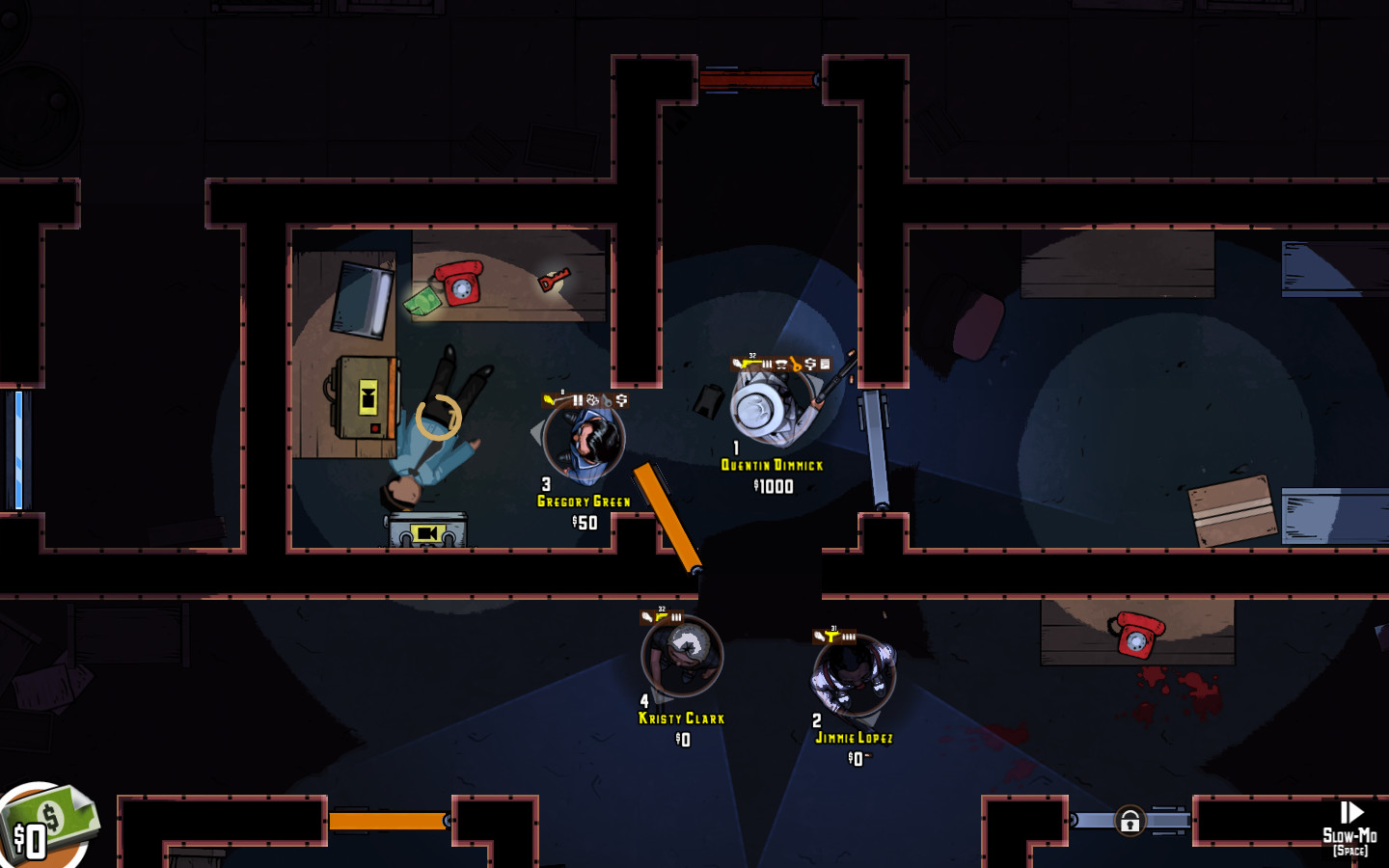 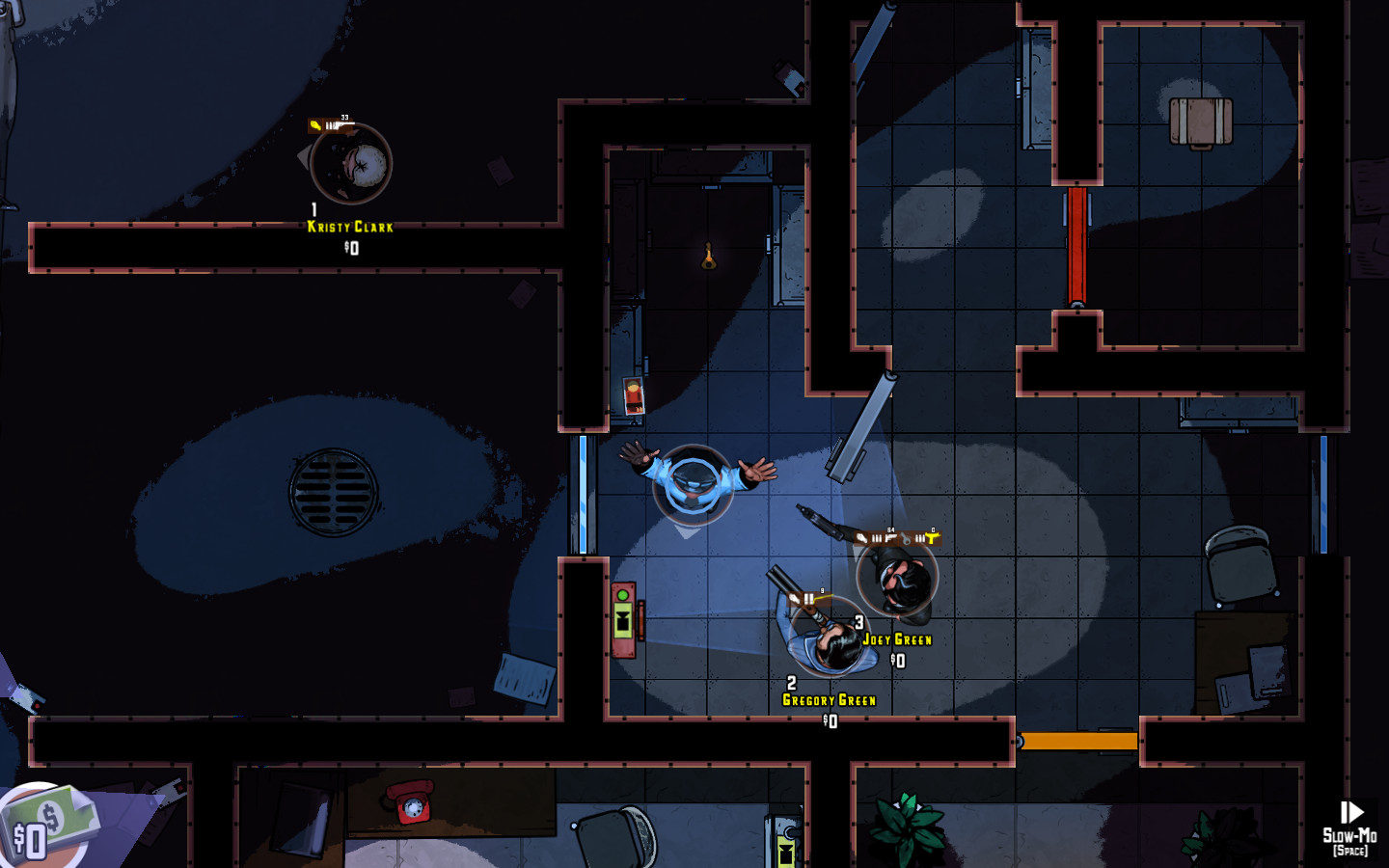 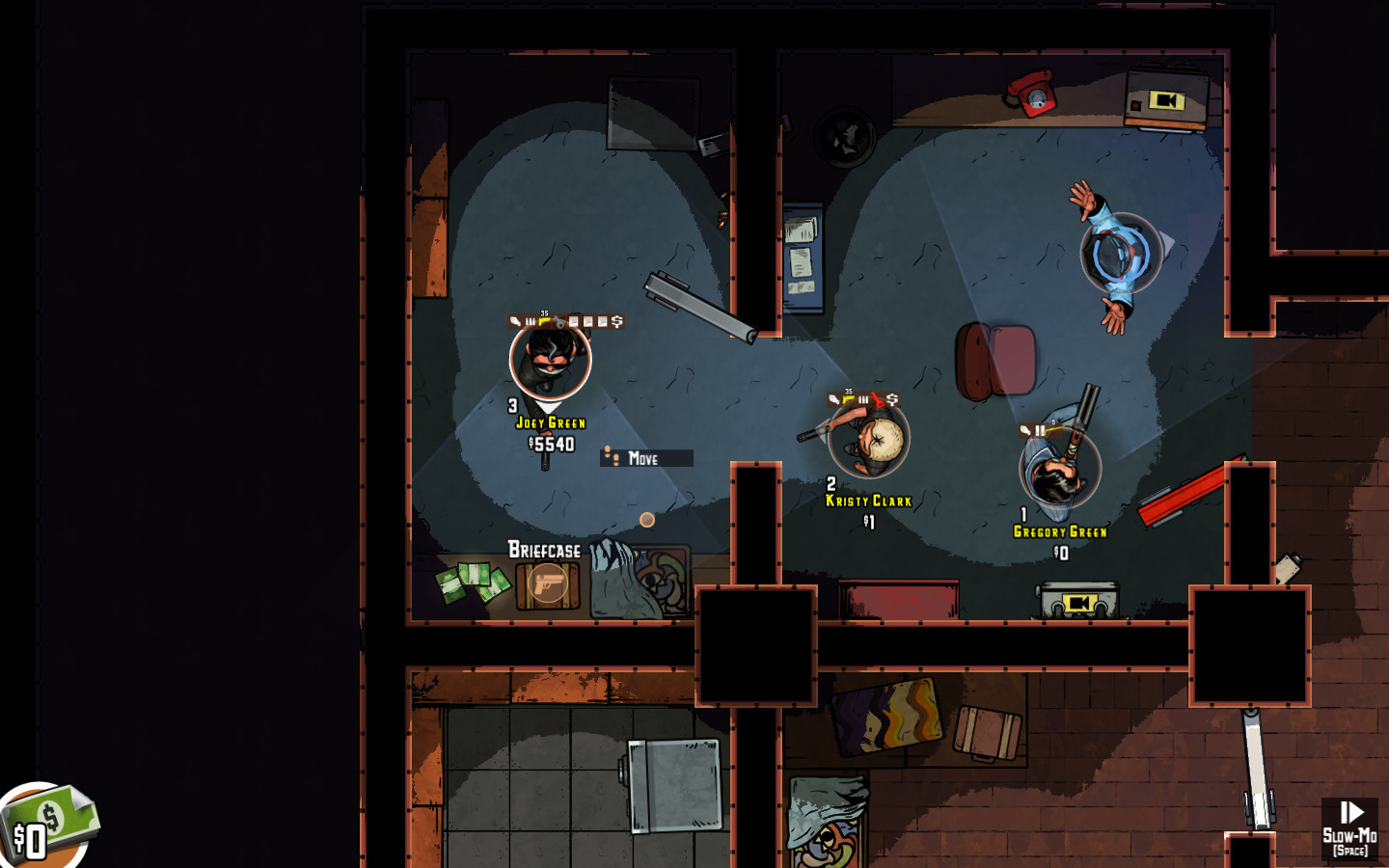 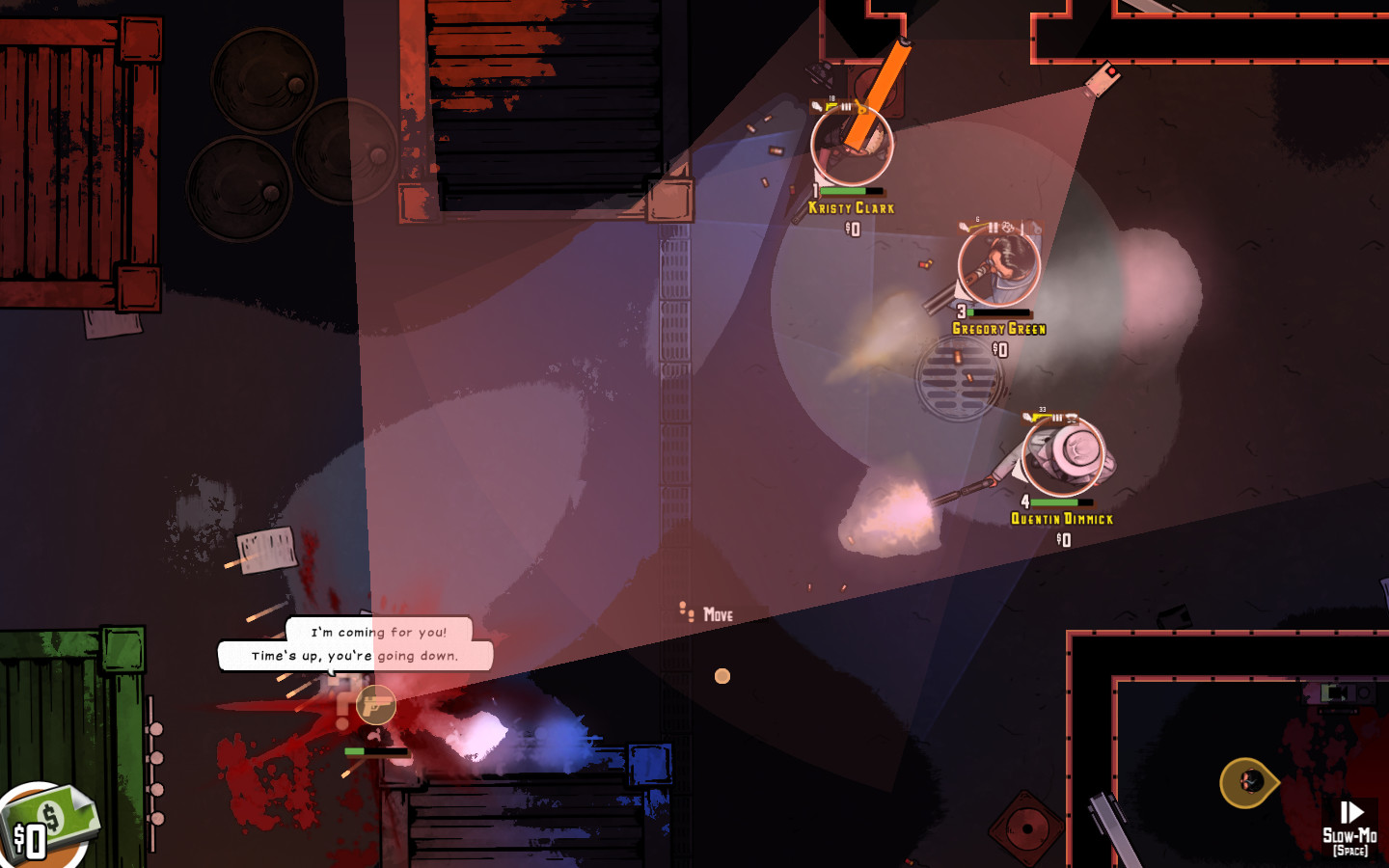 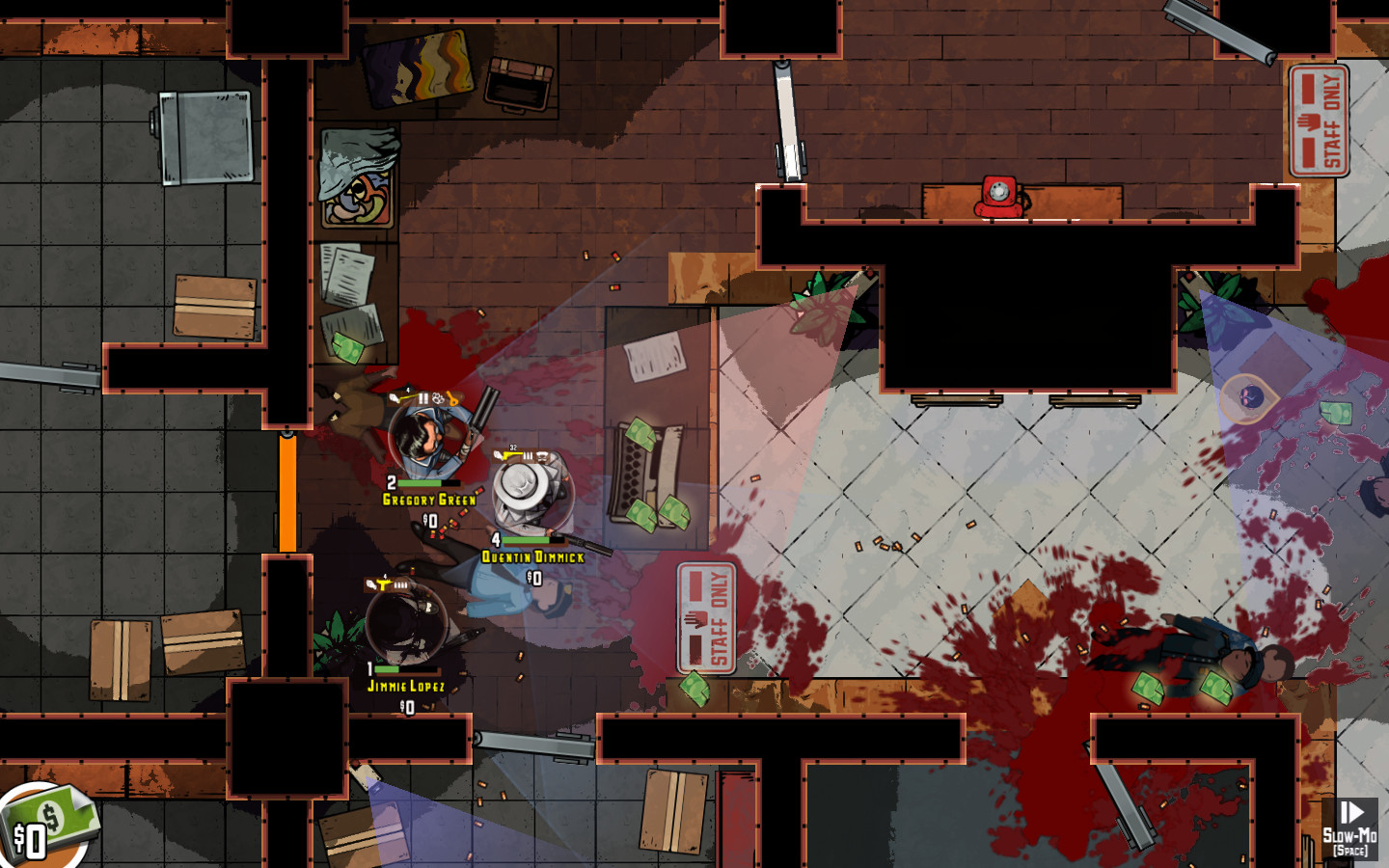 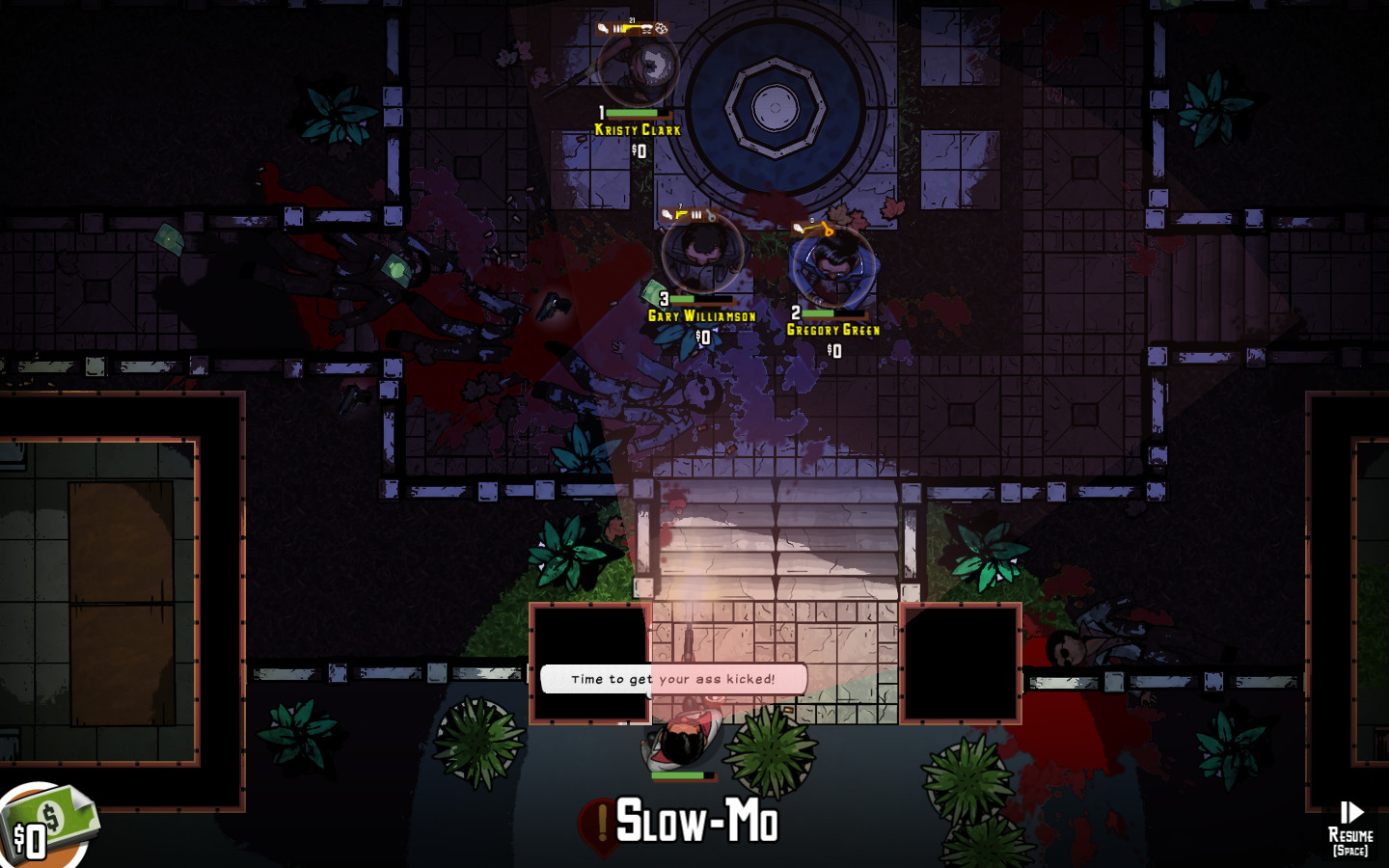