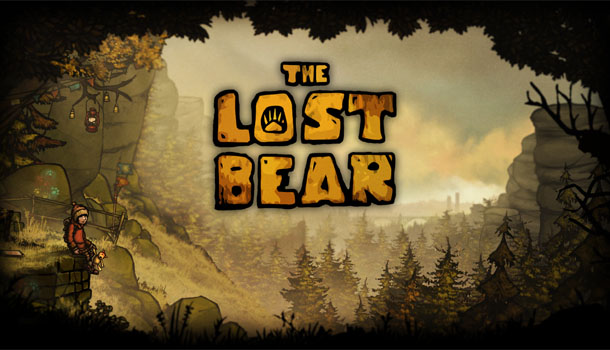 - A little too short
- Easy to miss the details

The Lost Bear might just be the most unlikely concept for a VR game this year. A 2D platformer by concept and execution, the only thing remotely VR-ready is the presentation of the experience. When the game starts you find yourself sitting in an overstuffed chair up on stage before a giant projection screen where the game plays out like an interactive animated movie that you control.

The game itself is entirely 2D with minimal depth to fore and background artistry. Standard controls move Walnut, the main character, on her journey through several beautiful hand-drawn levels in search of her stolen teddy bear.   By platforming standards, The Lost Bear is pretty simple in concept, design, and gameplay difficulty, perfectly suited for anyone old enough to be using the PSVR. And while the game could be perfectly playable in standard 2D the virtual 3D theater is what adds that extra touch of immersion to the overall experience.

As the game plays out on the giant screen in front of you your surrounding slowly change to match the environment onscreen.   If you enter a junk yard suddenly old cars will appear on stage left and stage right. If Walnut throws a rock and knocks down a beehive, bees might swarm the stage around your chair.  In some situations you may need to take more interactive control of the game by inserting your virtual DualShock 4 into a matching socket and turn or twist to spin a wheel that moves some element up on the screen. There is even a virtual implementation of the crane game.

I really enjoyed the art style of the game itself, with gorgeous hand-drawn scenery and a rotoscope animation style that looked like something out of an early Disney film. The game exuded a warmth and depth with its detailed scenery that favored orange and brown hues yet could suddenly twist into sickly greens or shadowy night sequences, all the while the surround stage environments would slowly adapt to the imagery onscreen with set pieces. Sadly, a lot of these stage elements are out of your peripheral vision, and you have to remember to make a conscious effort to look and appreciate them, as it is too easy to get caught up in the game events up on the screen. 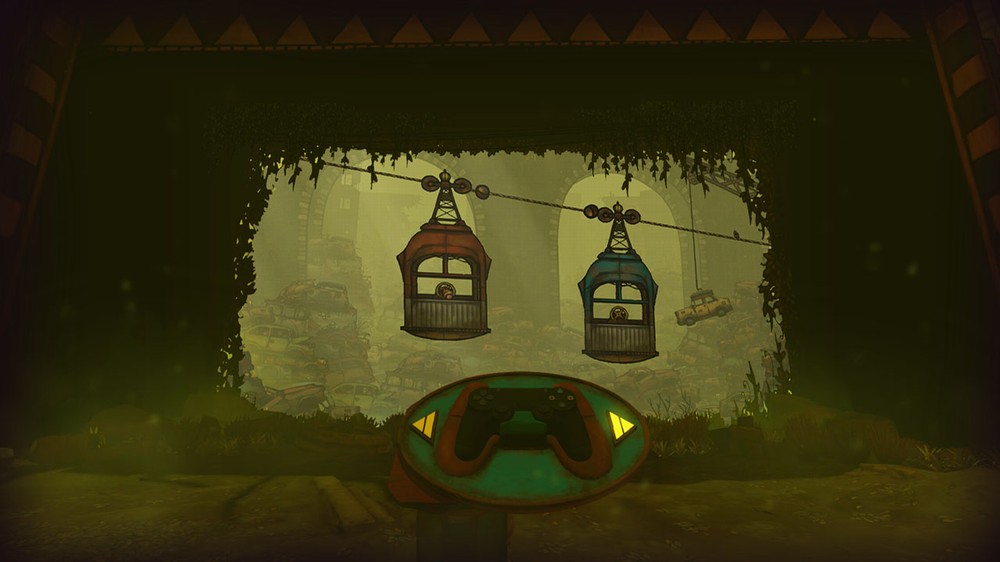 The Lost Bear is roughly a two-hour game lacking in much depth beyond simple completion. Trophies are easy to earn, there are no secrets to speak of, and replayability is non-existent with the exception of watching someone else put on the VR headset and enjoying their reaction. In that regard, The Lost Bear is more of a proof of concept than a fully fleshed out game, but even so, it’s hard to find a more enjoyable or refreshingly original VR game for $13.

While it would have been easy for Fabrik Games to just release a 2D platform and reach a greater audience, I commend their devotion to the VR format and their creative blend of traditional 2D gameplay and 3D virtual presentation to create something that is not only entirely original and unique, but something that will almost certainly be copied in future VR titles. The Lost Bear is certainly a title that no one with a PSVR should miss. 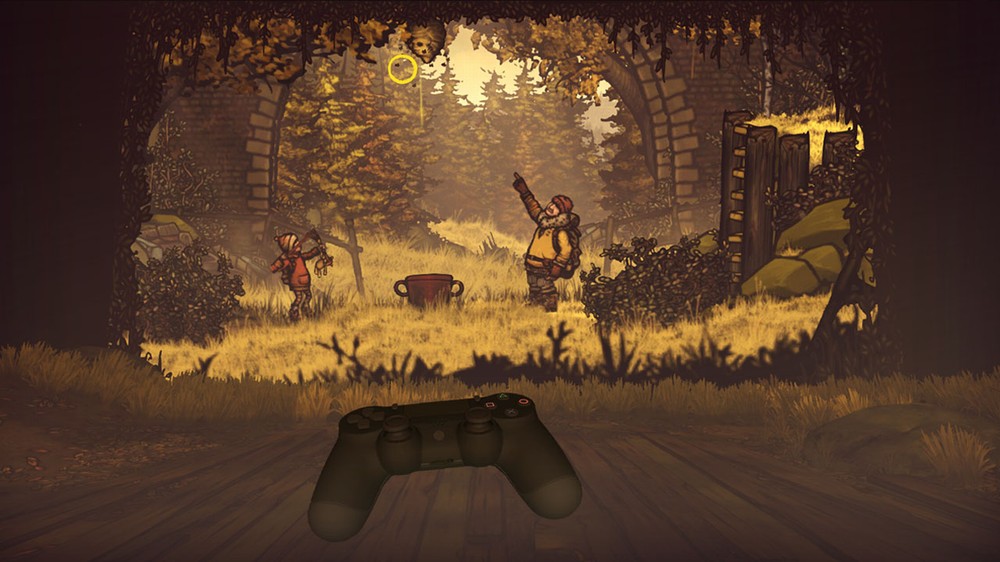 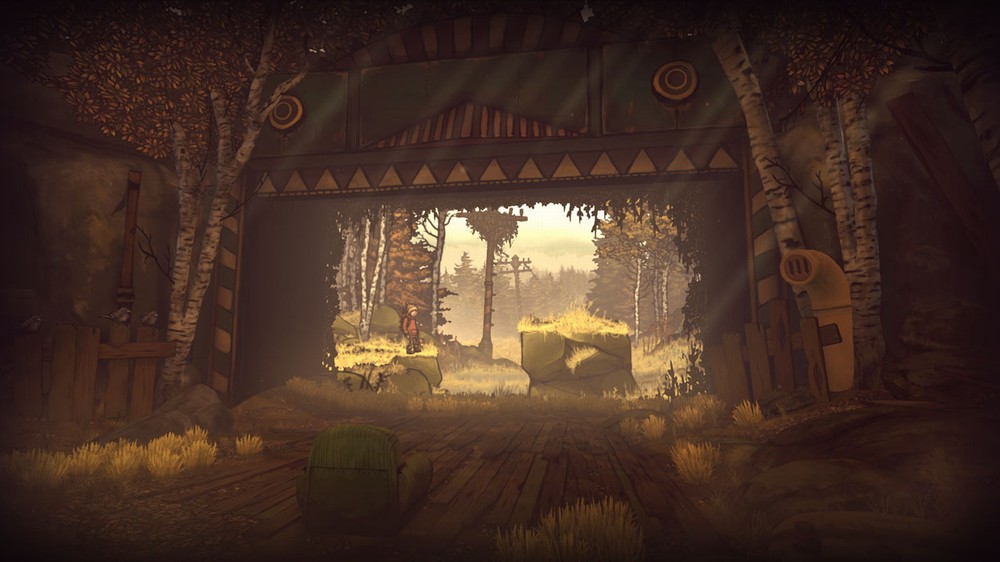 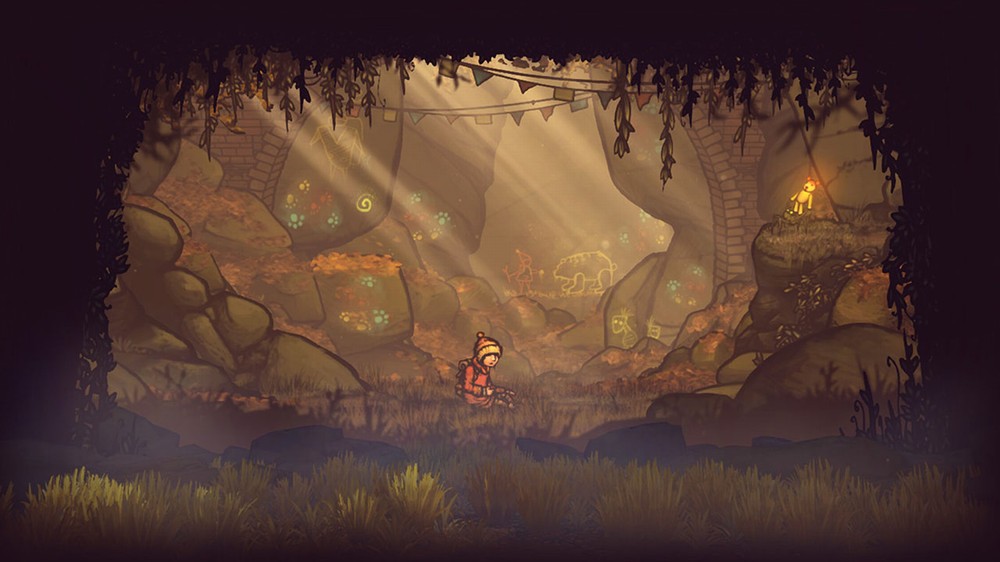 1
1025
The Walking Dead: Saints & Sinners Review – Oculus Quest
2
832
The Falconeer First-Look Preview – PC
3
832
Werewolf: The Apocalypse – Heart of the Forest launches on October the 13th
4
832
Synth Riders Celebrates Anniversary with a Month Full of Treats and an Oculus Ques...
5
832
Worm Jazz Review – PC
6
832
CRASH BANDICOOT 4: IT’S ABOUT TIME IS AVAILABLE NOW
7
832
Frictional Games Shows Off First Gameplay Footage of Amnesia: Rebirth
8
832
Join the Galaxy’s Finest as Star Wars™: Squadrons Soars Into Homes Today
9
831
Metamorphosis is 33% Off on Steam!
10
831
Take to the Skies and Choose a Side in the New Trailer for Next Generation Air Com...
All Original Content on Game Chronicles is Copyright (c) 2002-2020
Sinjin Solves Walkthroughs Copyright (c) 1996-2020 by Mark Smith