The Legend of Heroes: Trails in the Sky the 3rd Review – PC 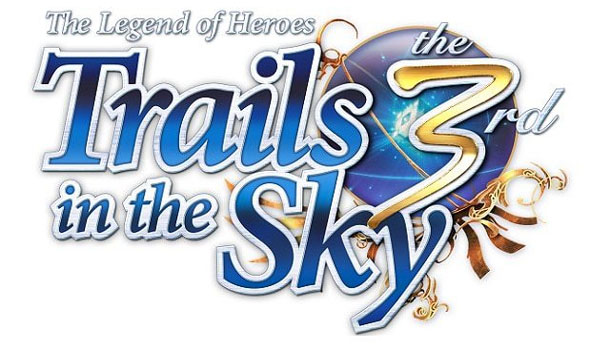 A well-written and engaging RPG.

I find myself in a rather precarious spot here with this review. I’m always up for new challenges especially when it comes to RPGs but one of the biggest issues with loving RPGs is that you just don’t have enough time to experience all of them. Such is the case with the newest RPG in a series from Nihon Falcom, The Legend of Heroes: Trails in the Sky the 3rd available now on PC. The trouble here is that I was going in blind having never experienced the other two games in this apparent trilogy.

That said, I did rather enjoyed my time with Trails in the Sky the 3rd. Through a little digging this final chapter apparently takes place six months after the event of the aptly named Second Chapter (or SC) where a floating city called Liberl Ark had come crashing down into a lake. But I’m getting ahead of myself. The 3rd as I’ll be referring to it, starts out in a massive airship that has a grand party taking place upon it. Enter dashing masked (like everyone else) man watching the party unfold complete with speech with benefactor. 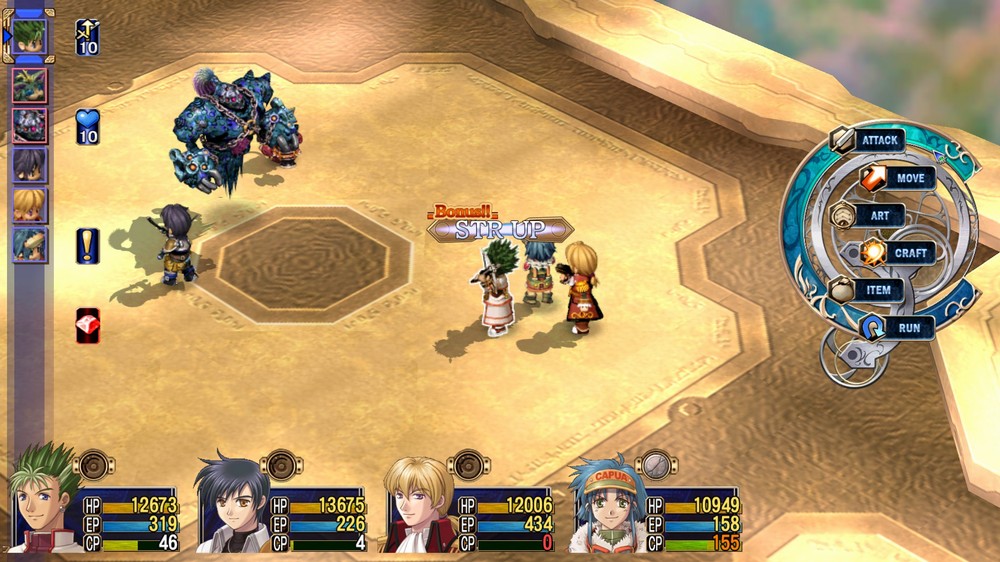 After a bit of player controlled exploration and sleuth prowess, you are finally revealed as the main protagonist Father Kevin Graham, Gralsritter for Septian Church. It’s your job to seek out, investigate, and retrieve powerful artifacts of the ancient Zemurians. After you successfully retrieve one such artifact, you find yourself being redirected to retrieve another one without as so much as a break. Graham almost reminds me of a certain Vash right down to his character design and lighthearted comedic portrayal when not in the heat of battle. You soon team up with a childhood friend, Sister Ries Argent, that is seemingly the very opposite of you.

Most of your time in The 3rd happens in a place called Phantasma after an unexpected event happens stranding both Graham and his new recruit. This mysterious and multi-level location serves as the various chapters that make up this adventure. It’s here that newcomers such as myself with feel a bit lost as there are these “Doorways” that offer backstory to several of the characters as well as past events focusing on characters from previous two games. So anyone starting with this adventure would be wise to seek out the previous two chapters before embarking on this one for maximum enjoyment. 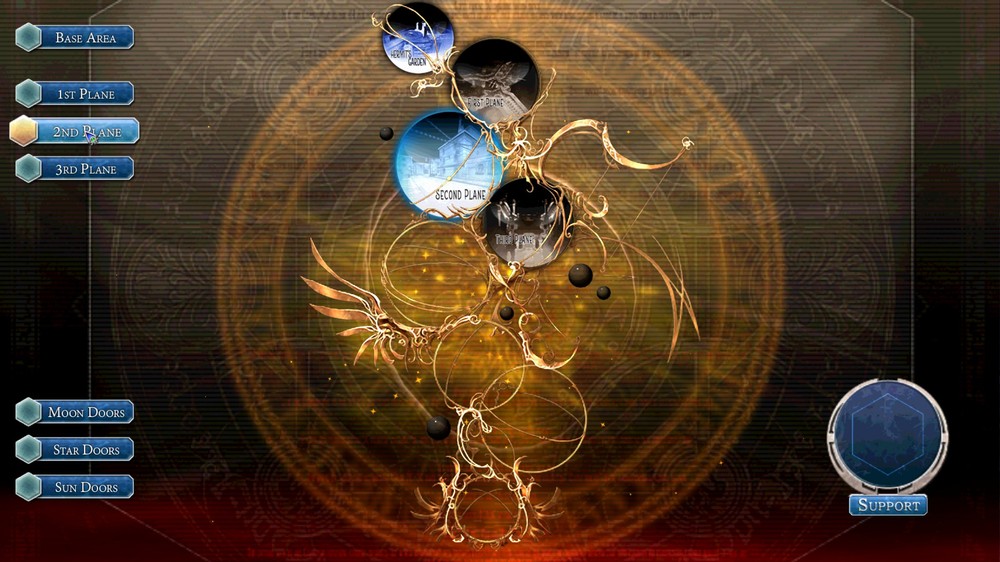 Despite these Doorways, the story for Trails of the Sky the 3rd is a personal one focusing on its characters more than the overall story being told. When you’re not delving into character development though, you’ll be neck deep in combat which can be quite the challenge depending on the difficulty. I went with a middle of the road approach and even then it’s tough. It’s also abundantly clear that this is a continuing story as your main character starts out at level 90 with a decent array of abilities.

Combat takes place on isometric tactical grid planes in a turn based fashion. I’ve played a lot of RPGs and even this one threw me for a reel as I had to quickly learn its mechanics or die quickly. Players on their turns can move, do basic attacks like any other RPG but other abilities and mechanics must be taken in consideration. You can use spells called Arts but many of them have a cast times that leave you venerable to enemy attacks. I’ve even been straight up killed while trying to execute heals more than a few times. One of the biggest tricks to surviving combat is to move out of the way of the larger telegraphed enemy attacks if possible. I like that you use specials called Crafts to deal out some serious damage or even better team up with several allies to deliver some sweet combos. Some of these Crafts are much needed defensive abilities that allow you some time to replenish health. 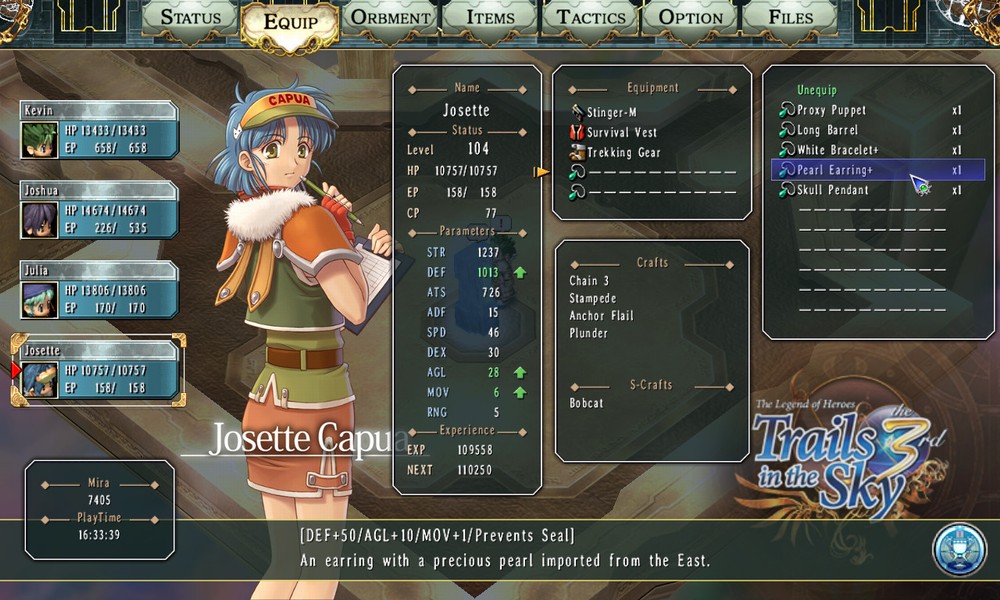 This isn’t the first time that I’ve played a Nihon Falcom title so I’m no stranger to their visual level designs styles or playing their rereleases. Sadly my biggest exposure thus far has been their other long running series Ys so I didn’t exactly know what to expect going into this one. Trails in the Sky the 3rd is nearly a ten year old game at this point but thanks to some obvious visual touch up it looks pretty good running at 1080p. Attack animations and combo attack screens are fluid as well. The interface including the map, dialogue boxes and character art still are all clean and sharp.

Trails in the Sky the 3rd does come with an external configuration tool that allows players to tweak not only visual options but player inputs as well. After a bit of configuration and enabling a gamepad can be used to greater effect than the mouse only approach I started out using. Players can also choose to use a keyboard as well. Trails in the Sky the 3rd also features a pretty great musical score from Falcom’s Sound Team jdk. I already knew that the Falcom games had awesome score from past exposure but Trails in the Sky the 3rd has some particular brilliant ones that range from soothing melodies to highly energetic pieces perfect for confrontations.

By the end of my adventure with Trails in the Sky the 3rd, I found that while the combat was a welcome challenge it was its well written characters that really drew me in. Paired with a strong score and even better story, I can only imagine that this will be a welcome addition to what I can only imagine is a great series. As for me I’ve got some catching up to do so if you love Trails of the Sky then you have to pick up The Legend of Heroes: Trails in the Sky the 3rd on PC today. 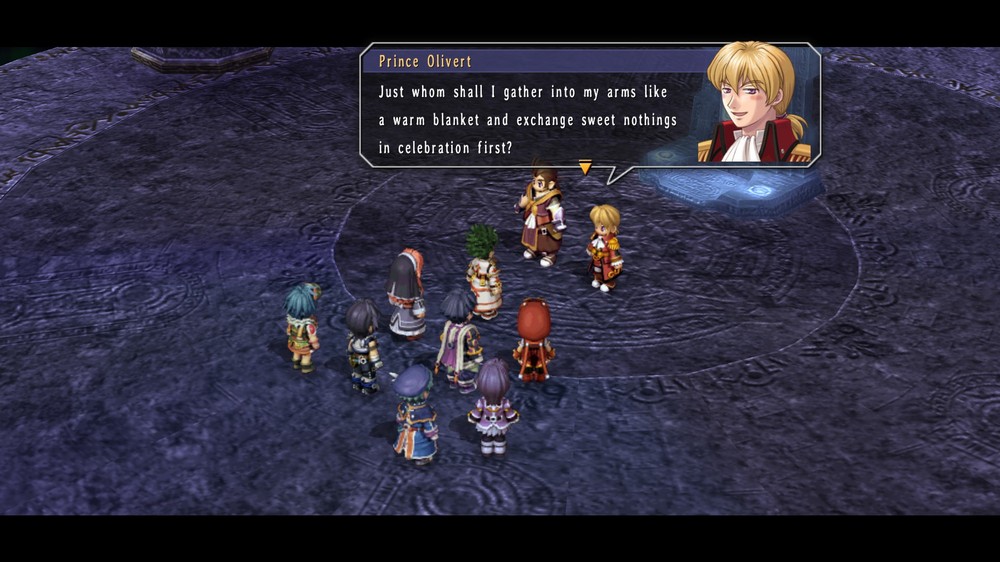 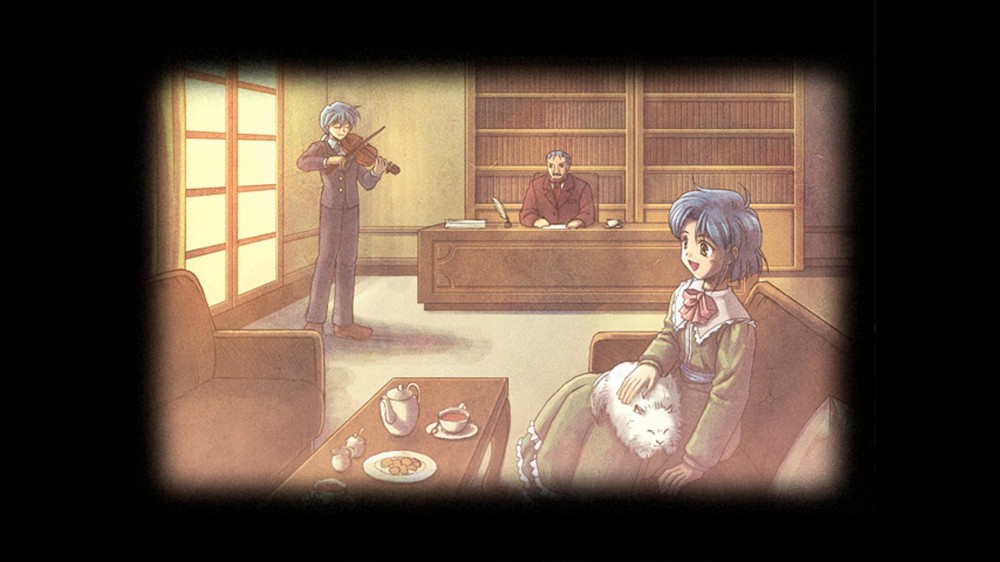 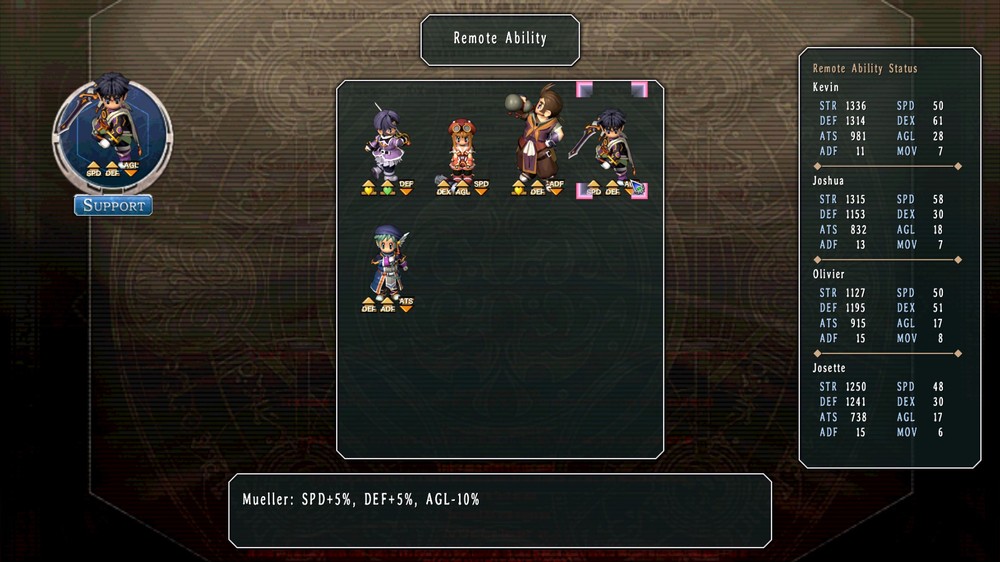 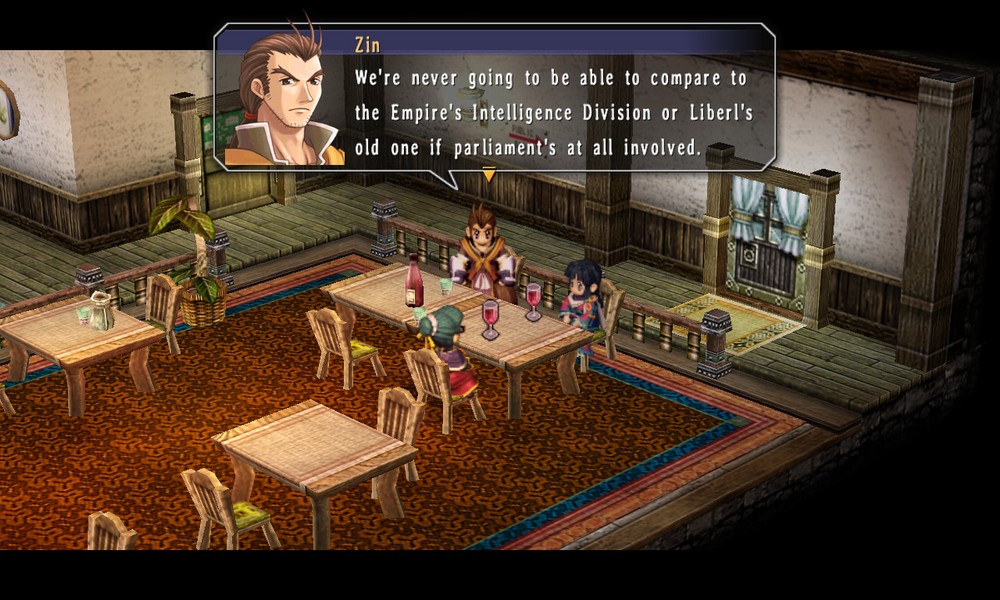 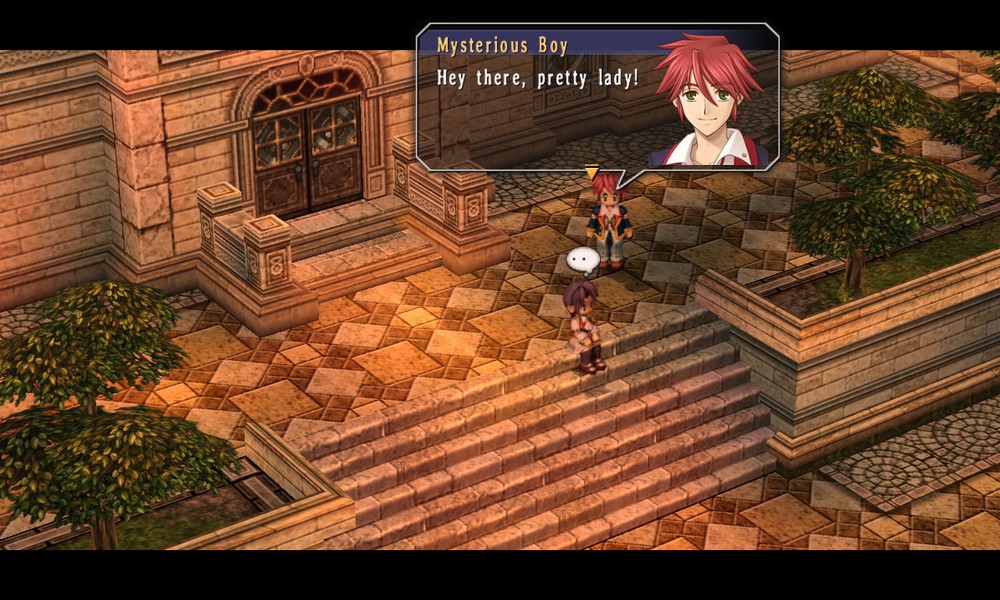 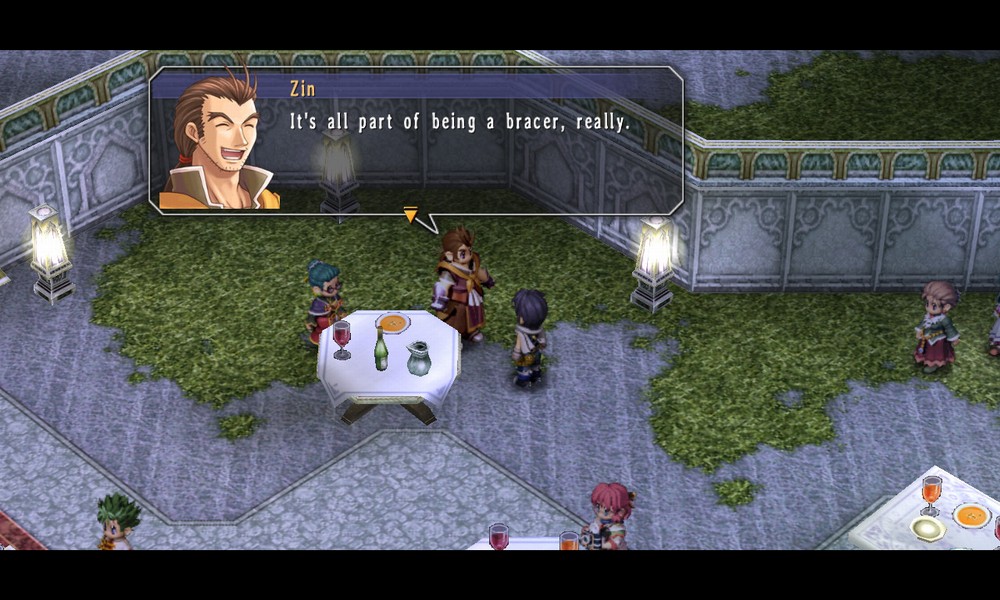 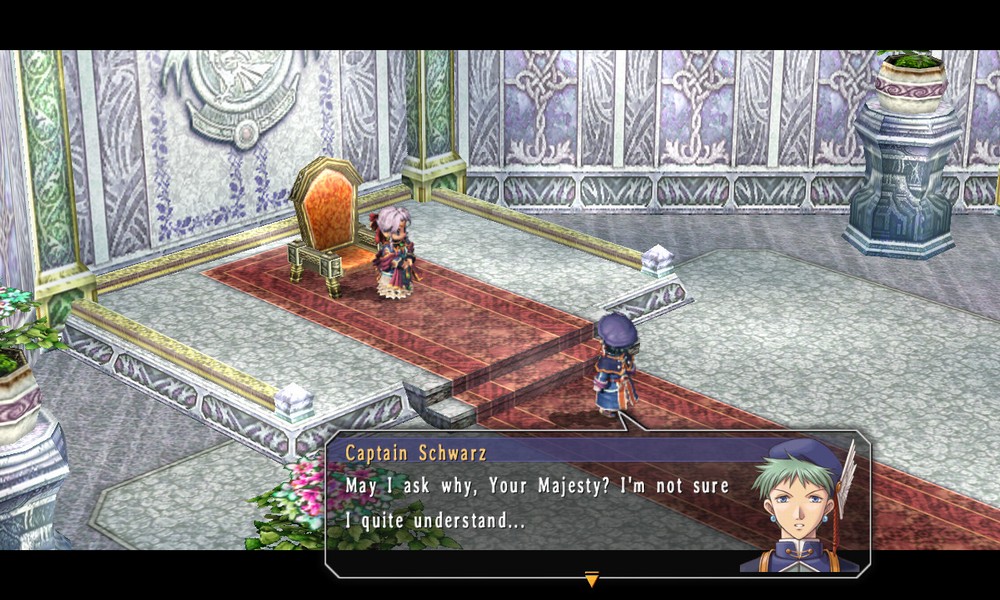 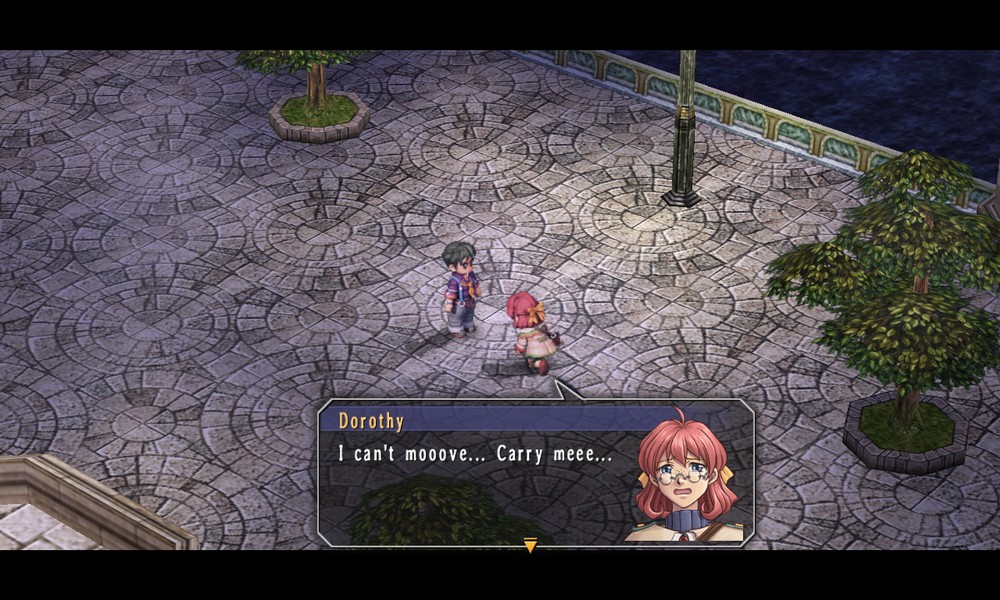