A great homage to the dying breed of 3D platform games with a nice message of racial tolerance.

I love PC gaming if for no other reason than it offers one of the most vast and diverse assortment of indie games that you are likely to never see or play on a console system.  Case in point; The Last Tinker: City of Colors, one of the more refreshing and enjoyable games I’ve played in 2014.  With strong gameplay roots harvested straight from classics like Ratchet and Clank, Jak and Daxter, and a dash of Banjo Kazooie, The Last Tinker is an amazing treat for the eyes with lavish 3D environments that leap from the screen in colorful detail.  In fact, it is these very colors that make up the core premise of the narrative.

Welcome to Colortown, once a place of unity but now the various colored inhabitants have segregated their city into zones of Red, Blue, and Green.  While all three colors rely on each other for material needs, they each have conflicting personalities that have divided their population creating undue conflict.   You play Koru, a young boy of no particular color – actually he proudly wears all three colors on his costume – who we meet on his journey to the local festival; one of the few events where the three colors gather. 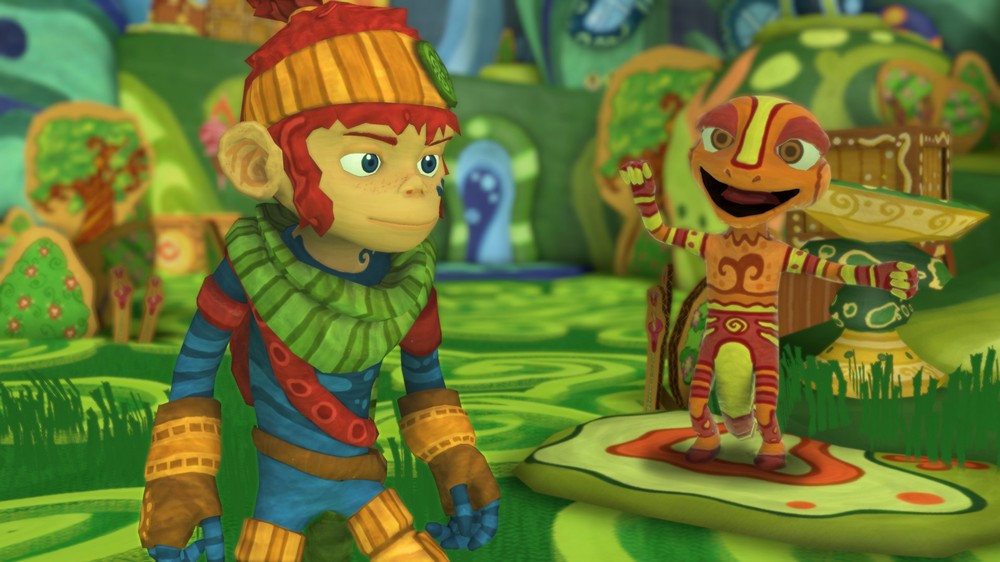 The first hour of the game serves as a tutorial of sorts as you learn how to control Koru, running, jumping and climbing.  You’ll need to earn some quick cash to pay the race entry fee, which leads to you undertaking some odd jobs like harvesting mushrooms and going to combat training camp.  By the time you finally get to the big race your lessons will be complete and you are ready to tackle the core story parts of the game.

Through a series of subsequent events Koru is unknowingly tricked into releasing a dark force known as The Bleakness, an evil entity that literally drains the color from the world and freezes its inhabitants.  Koru will need to use his platforming and combat skills to defeat The Bleakness and restore color to the world while simultaneous restoring racial harmony among the various colored citizens of Colortown.

Gameplay is a mix of running and parkour style auto-jumping with a bit of climbing and ledge jumping and some really fun cable slides.  Combat is pretty much a button-mashing affair despite the attempt to add a Batman-style counterattack system.  You basically just roll and dash and mash the attack button.  Later on you get the ability to toss color projectiles that can restore the land and its whitewashed population.  You’ll also be doing a lot of smashing to collect various gems, coins, and health, plus each area of the map has hidden paintbrushes that can be collected and used to unlock concept art and special modes. 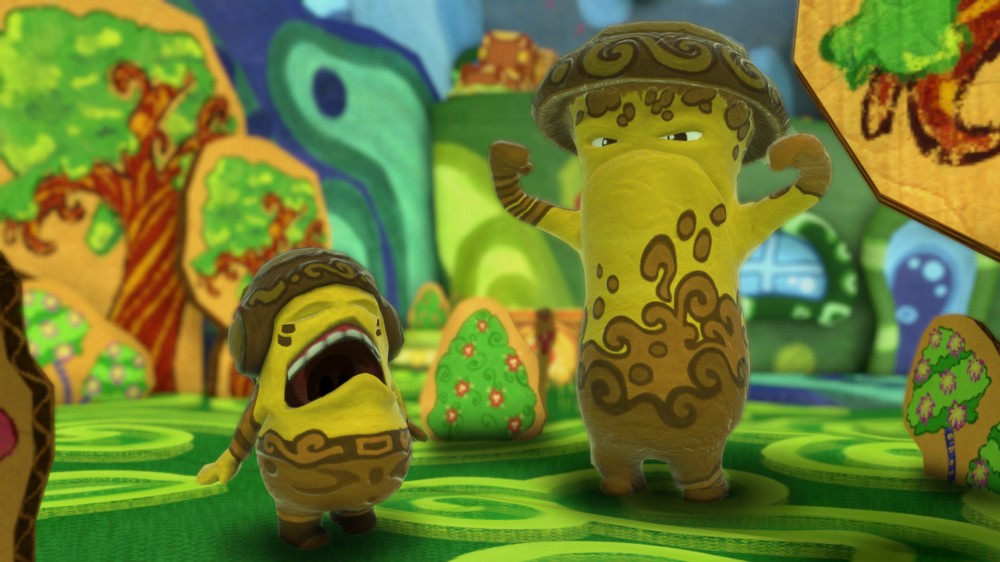 The Unity engine does a fantastic job of bringing this stunning and colorfully imaginative world to life with all the flair of Viva Piñata.  For those old enough to remember, the game has a very Sid and Marty Croft vibe with some creatures looking like they are long lost cast members from H.R. Pufnstuf.  The music by Filippo Beck Peccoz is magically delicious, and there are all sorts of clever sound effects to bring the world to audible life.  While there is no speech, you do get some incoherent babbling to go with the text bubbles.

On the surface this might seem like a silly kid’s game, and while it will certainly appeal to the 12-and-under demographic there is an undeniable, almost guilty pleasure you’ll experience while playing The Last Tinker: City of Colors.  There is just enough of an engaging core gameplay element that will distract you from the cartoonish graphics and the not-so-subtle message of racial harmony that could make for some great talking points between parents and kids.

Despite a relatively weak plotline (I wanted to know more about Tinkers) Colortown is a fascinating place to visit, full of wacky charm, delightful characters, and an engaging adventure that will leave you refreshed, inspired, and most of all, put a big silly grin on your face from start to finish.  It’s perfect for the kids, but you may be fighting them for the controller, as this is great family fun for all ages. 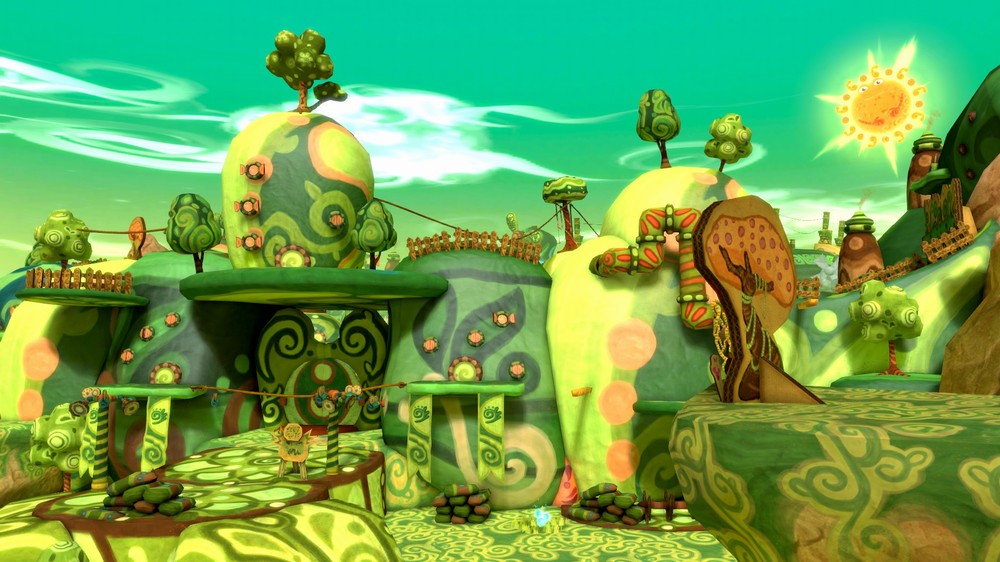 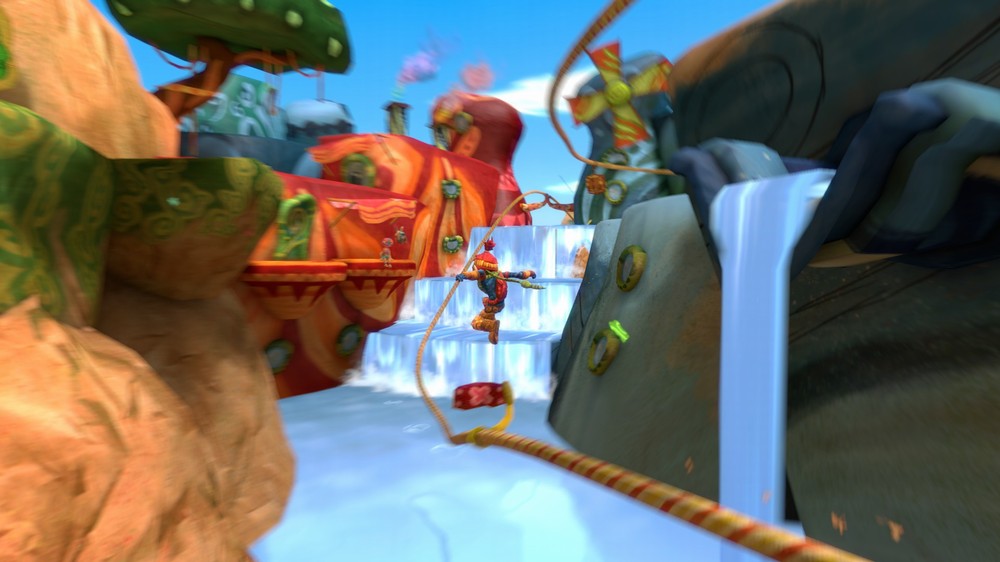 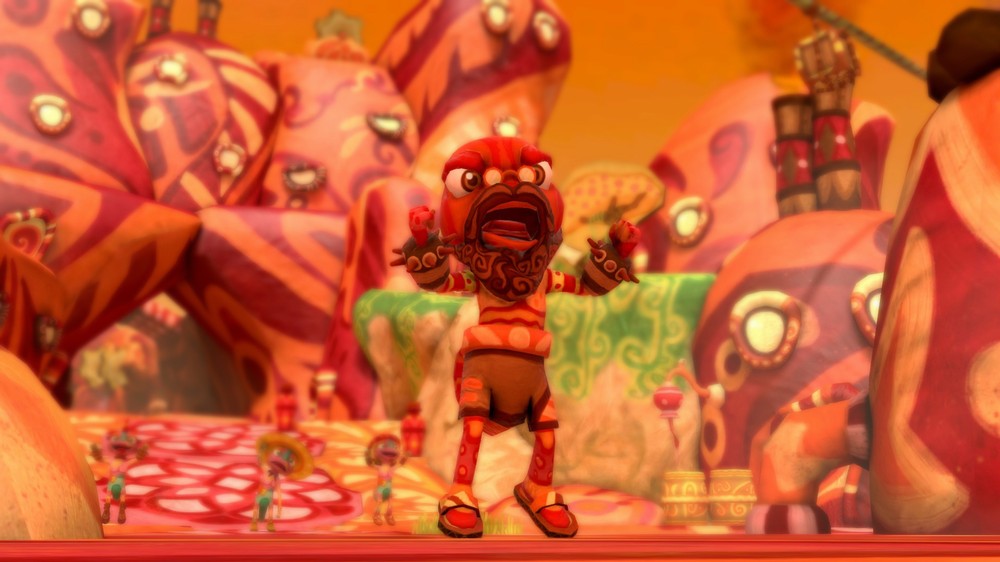 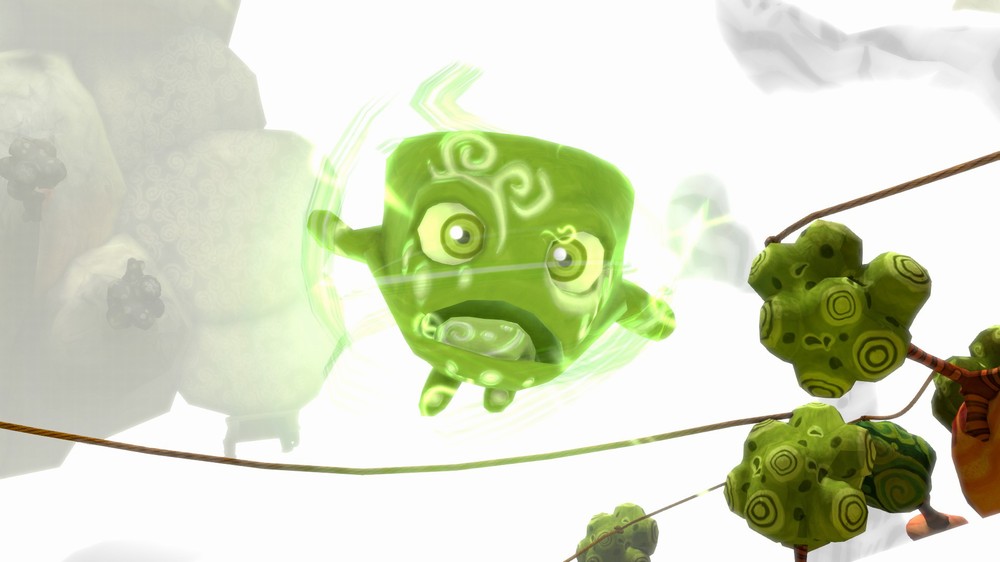 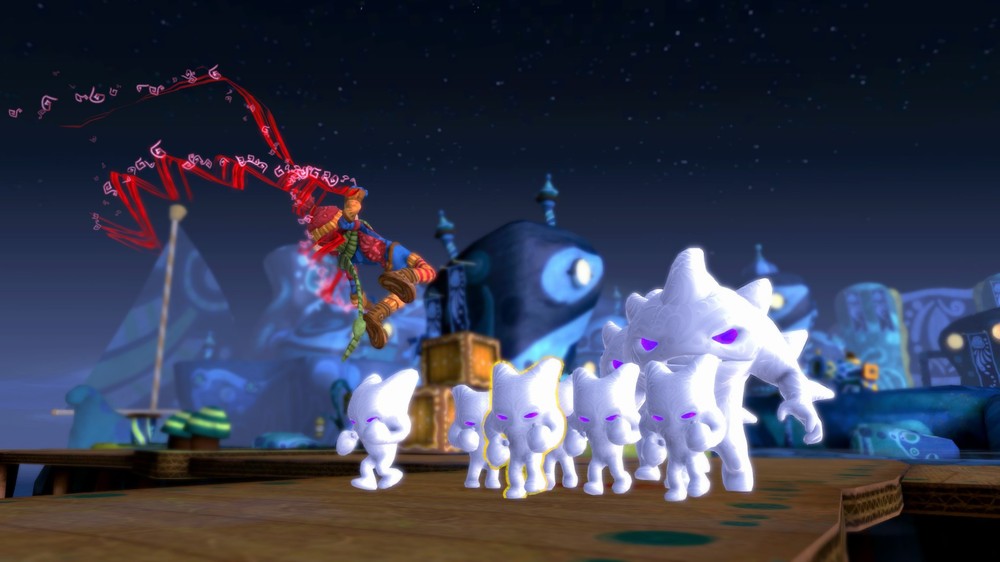 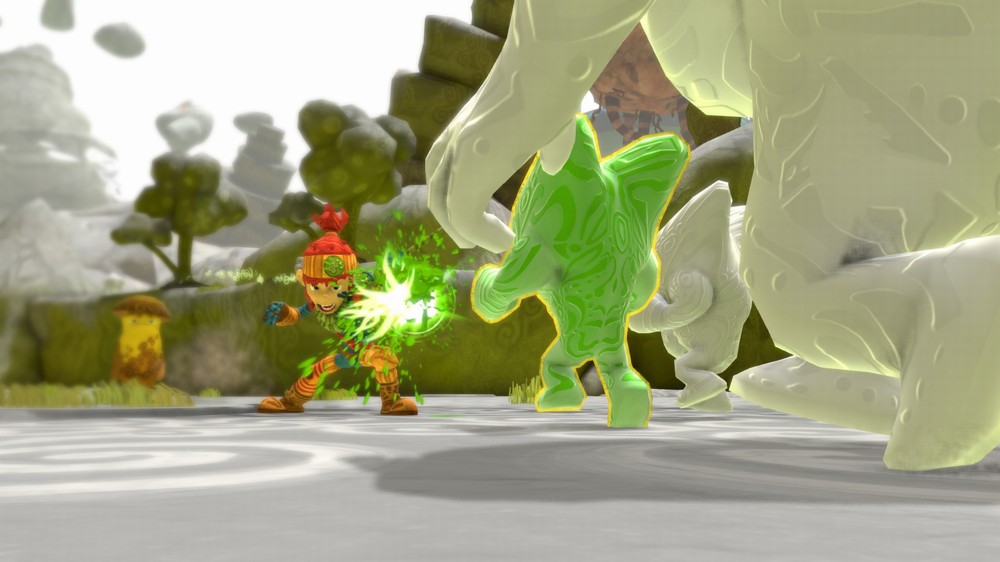