Everybody knows about the other heavy hitters in the fighting genre, but the one that is rarely talked about (outside of its loyal fans) is The King of Fighters franchise. I’ve played a lot of fighters over the year and I have to say that SNK Playmore’s flagship fighter is easily one of the deepest and robust ones to date compared to most of the current offerings. SNK’s latest offering comes in the advanced form of The King of Fighters XIII: Steam Edition for PC. Originally released back in 2010 for 360 and PS3 this ultimate version brings some nice and needed upgrades to the fans.

For those new to The King of Fighters scene, the game revolves around a tournament hosted by different parties throughout the series history to find the world’s best fighter. Each tournament’s hosts have their own reasons for doing so but the real enjoyment is seeing the story unfold from different perspectives depending on your choice of teams. Unlike a lot of fighters out there, King of Fighters, gets most of its cast from other SNK titles most notably Final Fury and Art of Fighting though original characters were added to fill the roster. What’s amazing that this Steam Edition comes with the DLC characters “Iori with the Power of Flames”, “NESTS Style Kyo” and “Mr. Karate” bringing the total beginning roster up to 36 playable characters from the get go.

The King of Fighters XIII: Steam Edition utilizes a 3-on-3 system comprised of Teams like Team Japan and Psycho Soldier Team. The Story Mode uses the preset teams more than any other mode as your free to create your own custom teams for the rest of them. The Story mode is the real bread and butter of the game as you progress through it choosing a team and then their fight order. Depending on the choices made and a win or lose you will unlock more of the story. There is plenty of replay value as you will have to try different combinations of teams to reveal the whole story which revolves around the androgynous Ash Crimson. Yes he is a dude. 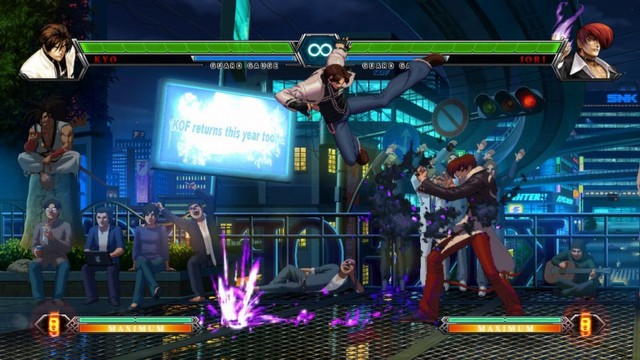 As a fighter, The King of Fighters XIII: Steam Edition is a fairly complex one. After selecting your team, the basic rule is the first team to defeat all three of the opposing team wins. The surviving character at the end of each round regains a bit of health and keeps on fighting until they are defeated. The King of Fighters XIII: Steam Edition uses a 4 button system with both light and hard punches and kicks like its console counterpart. You can grab opponents with a forward hard punch/kick when near them or time a lifesaving evasive roll with a quick press of the light punch and kick buttons together.

Fighters are not complete without combos and King of Fighters XII has plenty as each character has their own set of Desperation, EX and Special moves to pull off depending on how full your Drive and Super Gauges are. The list of moves is quite extensive but thankfully even a novice to The King of Fighters XIII: Steam Edition can pick up the ropes thanks to the included tutorial given by tournament host Rose Bernstein. I ran the gambit on controls from the keyboard to Fight Stick and like my previous PC fighter review a Fight Stick or controller is your best option for dishing out a beating against your opponents as it is much easier to pull off combos with either one. 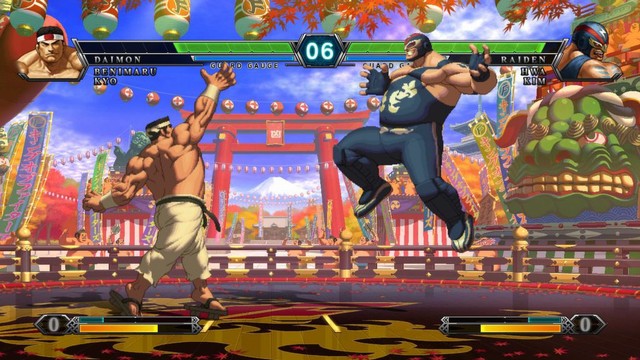 If your not in it for the story mode and more of the competitive type The King of Fighters XIII: Steam Edition has several modes that will gear you up for the Online Mode. You have the standard Arcade Mode that pits you up against a set number of teams until you win or lose. Mission mode features three unique challenges such as Time Attack, Survival and Trial. Of the three, Survival is my favorite, as you choose a character and see how far you can make through a line of CPU characters, although it’s the Trial mode that will get most players up to snuff, as you complete combos through ten tasks allowing players to master the much needed Special abilities for the grueling online community of veterans and newcomers alike.

I played the console version of The King of Fighters XIII when it first released and one of its major issues at the time was the horrible lag that I experienced. The King of Fighters XIII: Steam Edition has changed all that as I several matches with no lag whatsoever save for a few graphical stutters here and there. The vastly improved upon netcode makes for amazingly smooth matches and there are graphical options to help with any stuttering including switching to a static background or a fixed frame rate. Players have the option to compete in ranked or player matches and if they so choose can be issued challenges while in arcade mode which happened several times during my playtime. 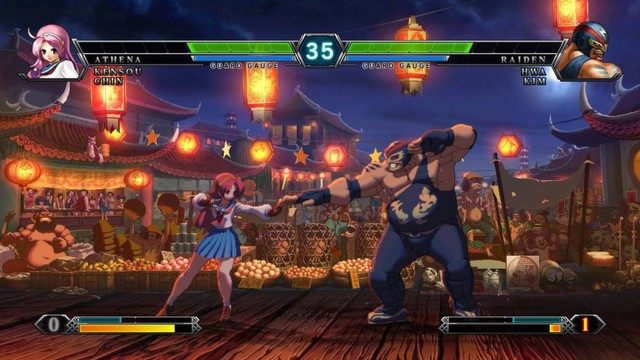 Of the few Steam Edition games I’ve played The King of Fighters XIII: Steam Edition doesn’t really gain much in the way of graphics. Don’t get me wrong, the hand drawn animation seen in the cutscenes and static conversations as well as the backgrounds look fantastic on PC. It’s the fighting animations that don’t fair so well in this PC release. Its all to easy to see jagged edges on the characters and the pixilated special attacks. I would have figured that they could have upgraded or smoothed out the graphics a bit it the transition but they didn’t. Music and sound effect wise the game sounds great. Unlike a lot of fighters there is no voice work for the characters though. I totally loved the darker foreboding score during the story mode and the menu screens upbeat tune really helps you get in the mood to fight.

The King of Fighters XIII: Steam Edition has a lot to offer fans of the fighting genre with all its various modes. One cool touch is the insane amount of color customizations that you can come up with for your dream team of characters. Personally I loved this feature as I could easily distinguish my team from another real player’s team in the event of a mirror fight. If you’re tired of going online or playing by yourself I totally recommend some local play with a friend as me and a friend spent a good chunk of a day facing off against each other. 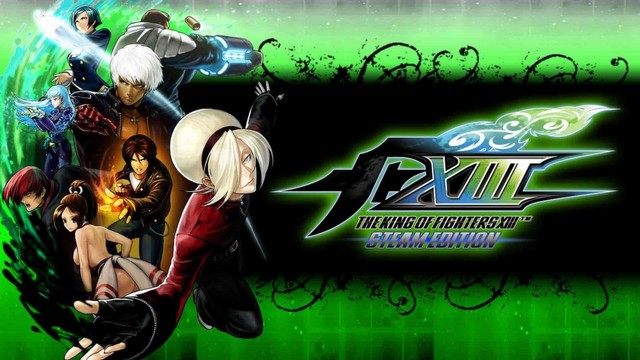 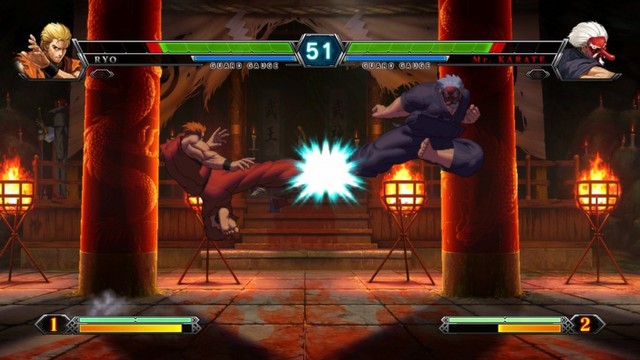 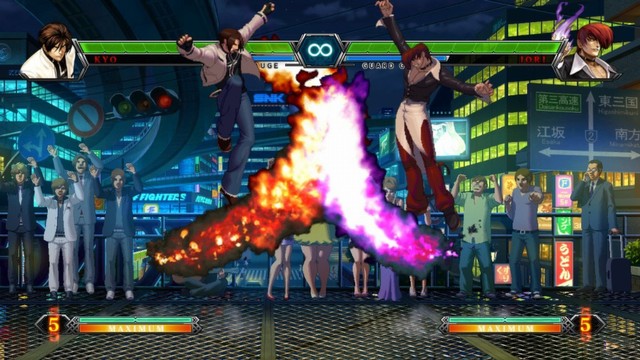 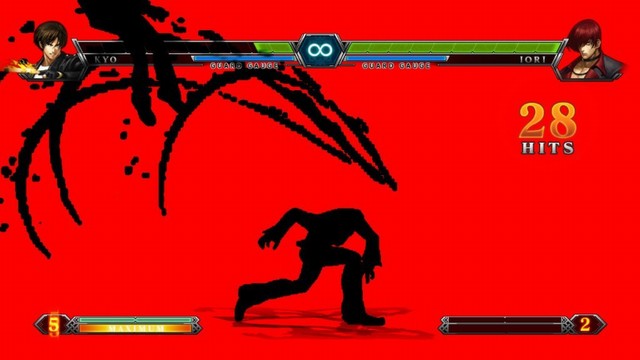 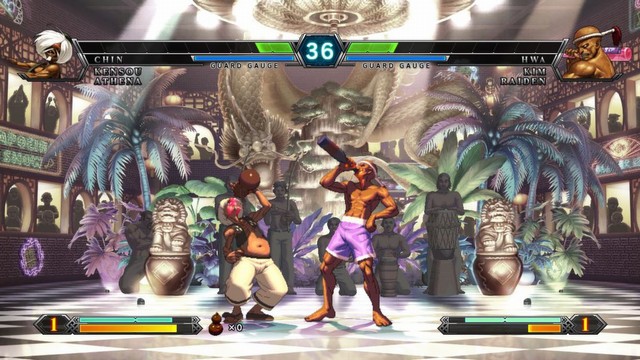 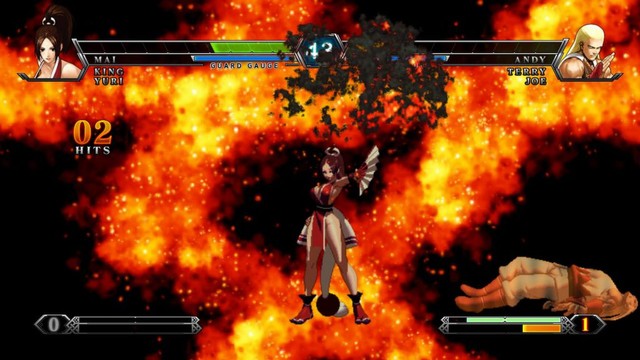