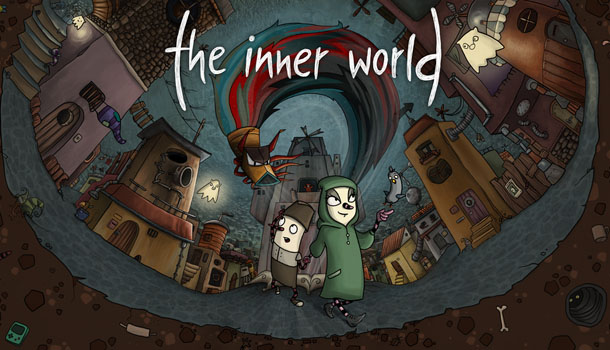 - Average adventure game experience.
- Humor and puzzles never really hit as hard as they should.

Enjoyable, but best-appreciated by longtime fans of the genre.

Adventure games are built, almost by design, to appeal to a very specific, and sometimes limited, sub-section of gamers. They focus largely on logic puzzles, clever quips and dialog exchanges, and immersing the player into an environment via interaction and exploration as opposed to run and gun game play or platforming. The Inner World is a new addition to the world of adventure games, and it’s a title that gets some things right and some things wrong… pretty much in equal measure.

Produced by German studio Fizbin, The Inner World is an adventure game filtered through the lens of European cartoons. It has a dry wit, eye-catching hand-drawn animated look, and a quirky premise and narrative that, while clever, certainly isn’t for everyone. The game takes place in the world of Asposia, a tiny city that exists within a sphere surrounded by wind fountains. It’s a place lorded over by an evil monk named Conrad. You play as Robert, Conrad’s sheltered son. When a bird steals a necklace from the palace, you give chace and head out into the world for the first time. It’s the tale of a child uncovering the truth of their family heritage, but off-beat and silly. 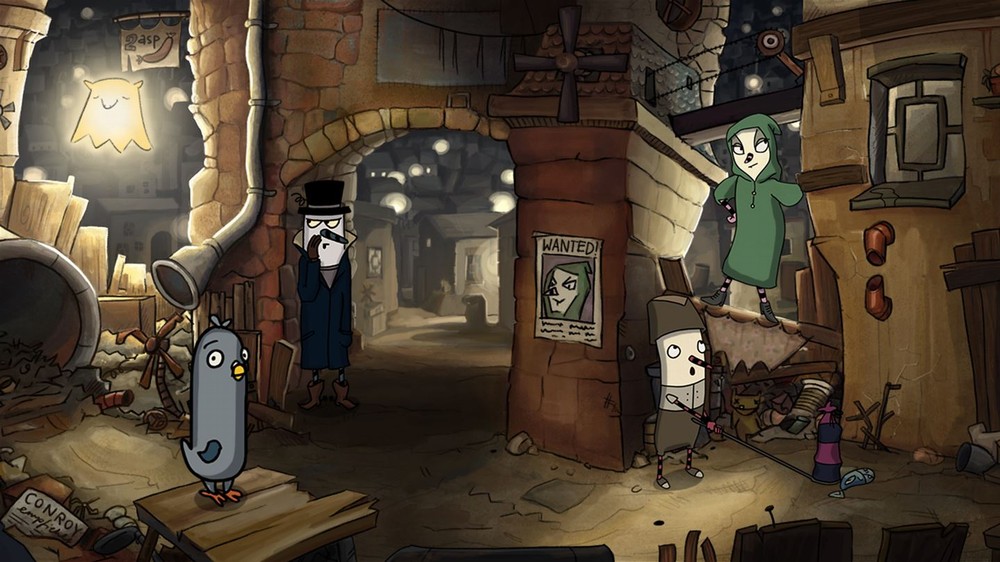 There’s a lot to like about The Inner World. If you grew up with shows like Count Duckula and other imported cartoons, you’ll feel right at home. The UI is intuitive and easy to grasp, and the puzzles can, at times, be intuitive. As offbeat as the narrative is, it remains engaging and in service of the game play long enough to see you through to the tale’s end. Ultimately, the strongest thing World has going for it is it’s visuals. The game looks like few other’s on the market, and it’s great to watch play out.

On the other side of the coin, The Inner World, like all adventure games, lives and dies on it’s humor and puzzles. Unfortunately, neither of those aspects are ever particularly strong throughout. Jokes come off as quaint rather than ever truly hilarious, and the puzzles, while sometimes well-crafted, are often of the chicken/pulley variety; ie, obtuse and dependant on understanding the developer’s mindset. Stuff like that really detracts from the overall experience.

You could do far worse when it comes to adventure games, but at the same time, you could do far better. The Inner World is slightly enjoyable, but may be best-appreciated by longtime fans of the genre. 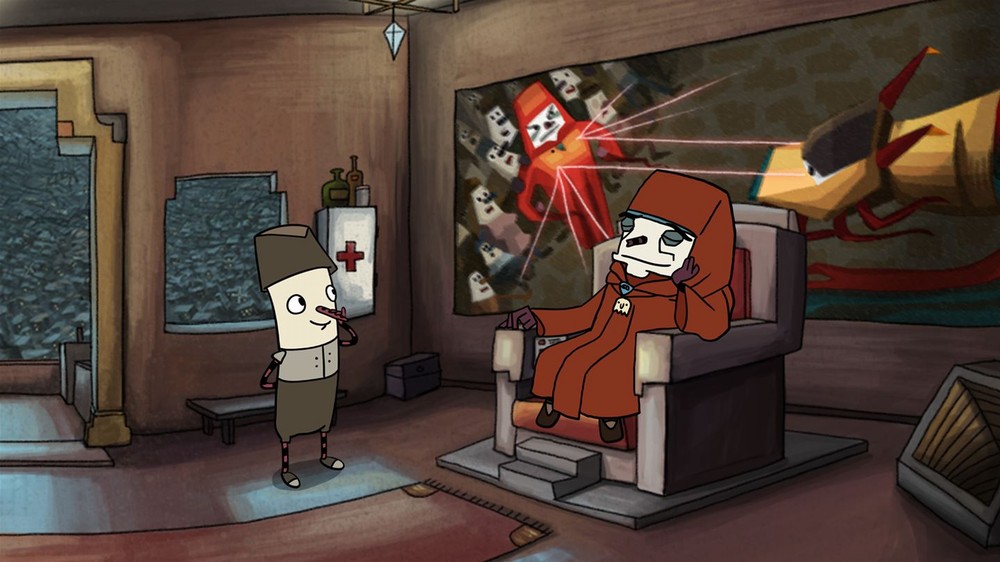 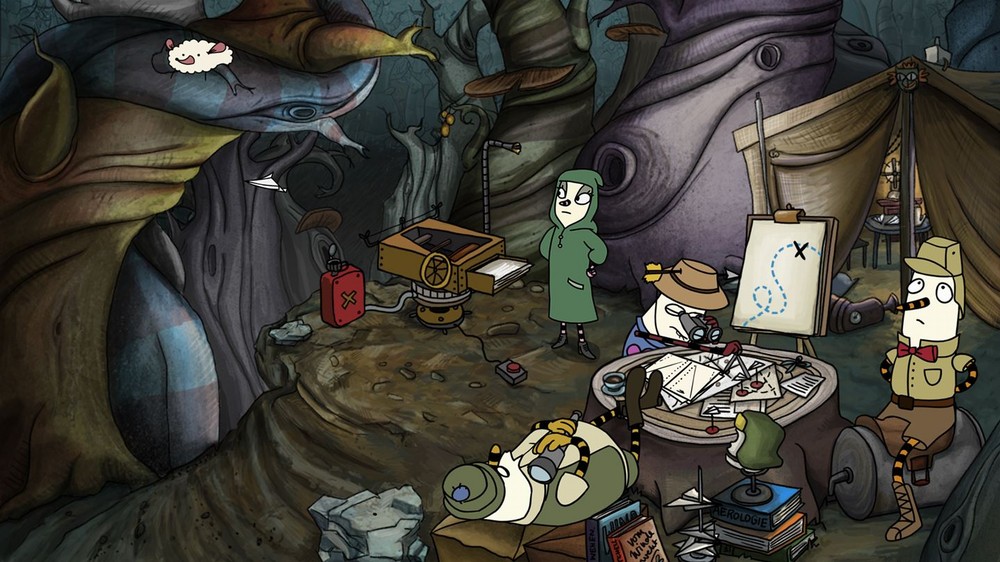 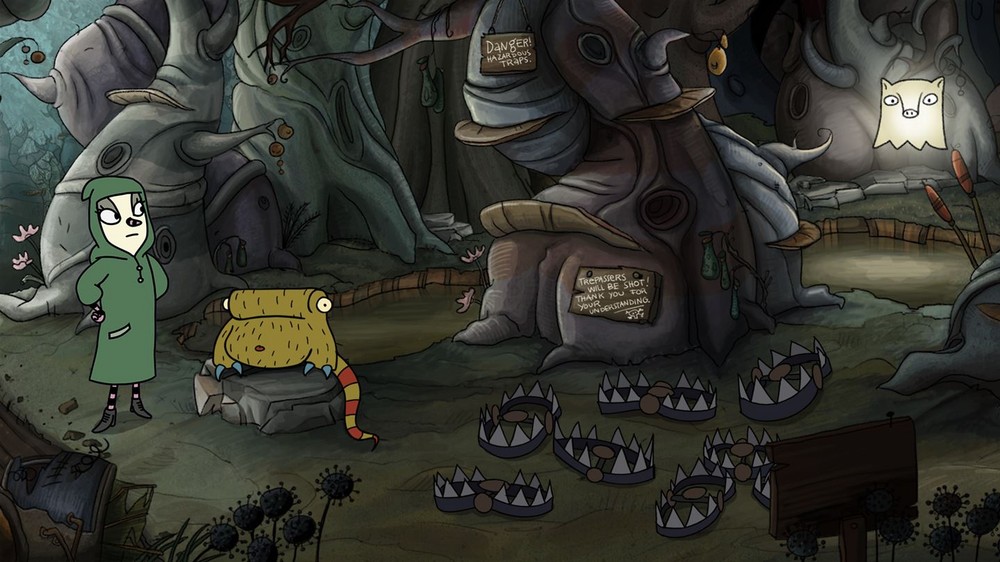 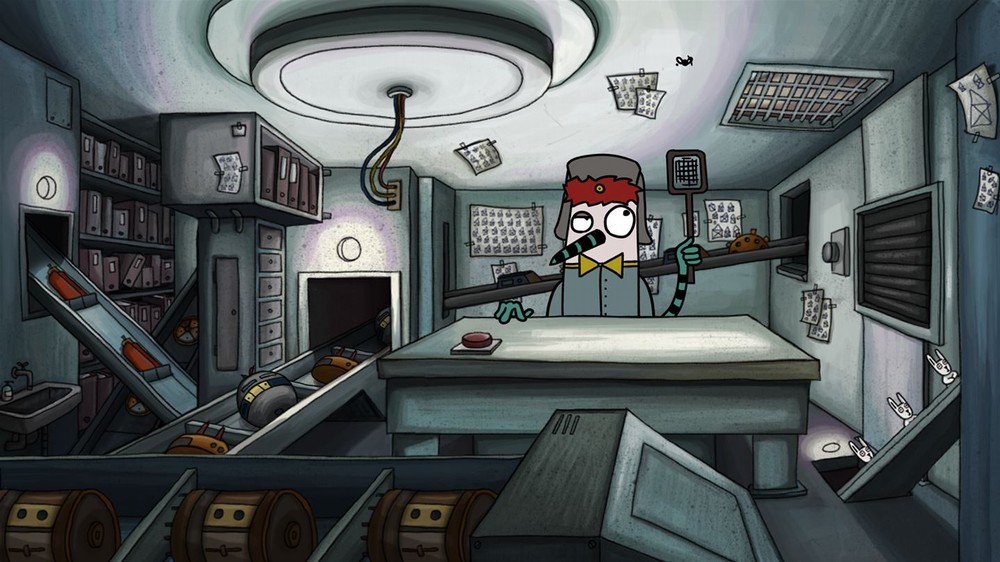 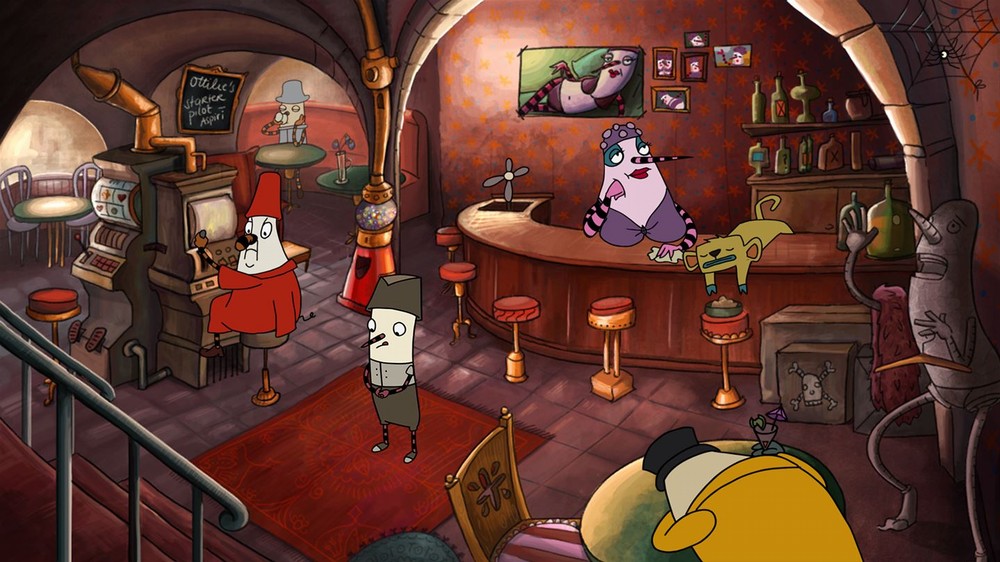 1
1136
The Walking Dead: Saints & Sinners Review – Oculus Quest
2
982
Werewolf: The Apocalypse – Heart of the Forest launches on October the 13th
3
982
Synth Riders Celebrates Anniversary with a Month Full of Treats and an Oculus Ques...
4
982
Worm Jazz Review – PC
5
982
Take to the Skies and Choose a Side in the New Trailer for Next Generation Air Com...
6
982
CRASH BANDICOOT 4: IT’S ABOUT TIME IS AVAILABLE NOW
7
982
Frictional Games Shows Off First Gameplay Footage of Amnesia: Rebirth
8
982
Join the Galaxy’s Finest as Star Wars™: Squadrons Soars Into Homes Today
9
981
Metamorphosis is 33% Off on Steam!
10
980
The Falconeer First-Look Preview – PC
All Original Content on Game Chronicles is Copyright (c) 2002-2020
Sinjin Solves Walkthroughs Copyright (c) 1996-2020 by Mark Smith