The Golf Club Review – Xbox One 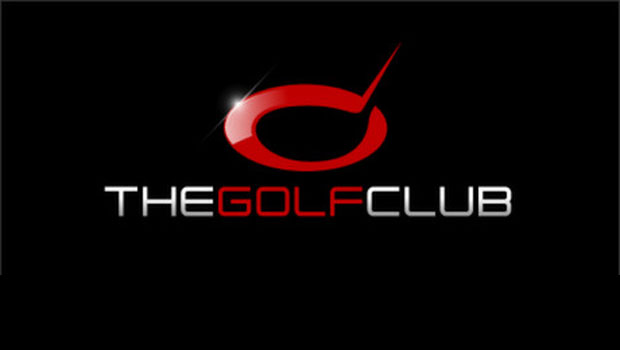 You'll have more fun creating courses than playing on them.

The Golf Club is a huge step forward when it comes to golf game content but sadly falls flat on its club face when it comes to presentation and next-gen quality.   We played this game a few months ago on Steam Early Access and was optimistic on where the game was heading as far as potential, but now that The Golf Club has officially released to PC/Steam and Xbox One it seems that there hasn’t been a whole lot of improvement since our initial review, especially in putting the necessary polish on the game to make it worthy of a $35 Xbox One purchase.

To be fair, HB Studios never promised to bring you the next PGA-quality console game.   This is pure barebones golf with none of the amenities like clothing and gear that can modify your stats or rapid-tap shot modifications to boost power or put unnatural spin on the ball.  Playing a round of The Golf Club is much like going out and playing the real sport where the only thing between the tee and the cup are the clubs in your bag and a handful of shot modifiers.  There are no stroke or impact meters or putt previews.  Aside from the essential grid overlay on the green you are playing this game totally by feel, which offers up a refreshing and realistic challenge.

The most noticeable issue with The Golf Club and my biggest complaint are the graphics.  The game is just plain ugly for the most part.  Even after turning v-sync on in the options menu I was still seeing shimmering textures, jagged edges on the club shaft and jagged borders around the sand traps.  Textures are flat and lifeless and there is abundant object pop-up and odd shadow pop-up.  Framerate stumbles on flybys, especially if there are a lot of trees being rendered.  Grass on the fairway and green looks painted on and while the water does offer some reflections there is this odd ripple pattern on what should probably be smooth-as-glass water.

I had some personal issues with the graphics; one of which will be shared with anybody doing a full-screen Twitch broadcast.  Microsoft forces that broadcast and viewer count indicator on your screen and it appears just over your club head and ball.  It’s not a big deal off the green but it makes precise putting impossible.  If you plan to broadcast you might want to go for the windowed mode, which might actually improve the graphics a bit.  The other problem I had is that about an inch of the game was off my screen, so a lot of the HUD information was cut off or missing.   Since the Xbox One doesn’t allow for video calibration I rely on the individual games to offer an X/Y resize option.   The Golf Club has no such option. 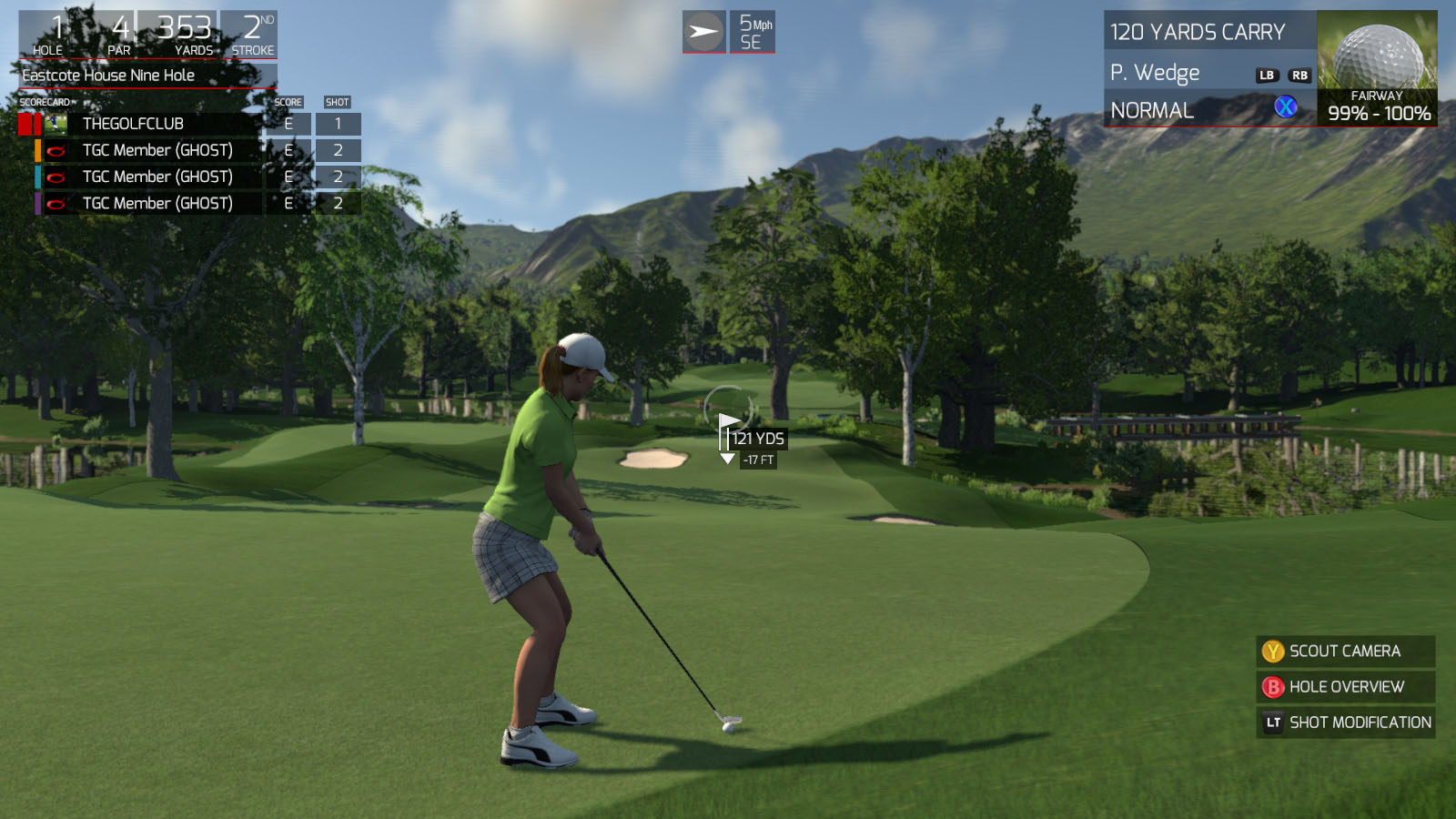 The audio is basic at best with simple and somewhat poor sound effects like the ball impact effect that always sounds like somebody dropped a ball on some miniature golf turf and recorded the thump.   There were also the occasional missing audio cues like when striking the ball, and every time I hit the A button to confirm a menu choice I would get a static pop in my speakers.  Music is minimal but nice, but what really stands out for me is the commentary.  At first it sounds a bit amateurish, but I really started to enjoy the more casual chitchat approach.  It was almost like one of the game designers was my caddy, and the comments were remarkably relevant to my shot or situation and seldom repeated.

The Golf Club comes with a small selection of pre-built courses and more courses are being added daily by the players thanks to the Greg Norman approved course designer that allows you to create surprisingly professional-looking courses in less than two minutes.  You simply choose a few settings like a theme, tree density, amount of water, level of hills, etc. and the game will procedurally generate a basic course that is ready to play.  Naturally you want to tweak your creation in the editor that allows you to go in and place objects and wildlife as well as terrain features like rocks and sand traps.  The level of control you have in tweaking your course is mind-blowing, and the interface works surprisingly well with the Xbox One controller. 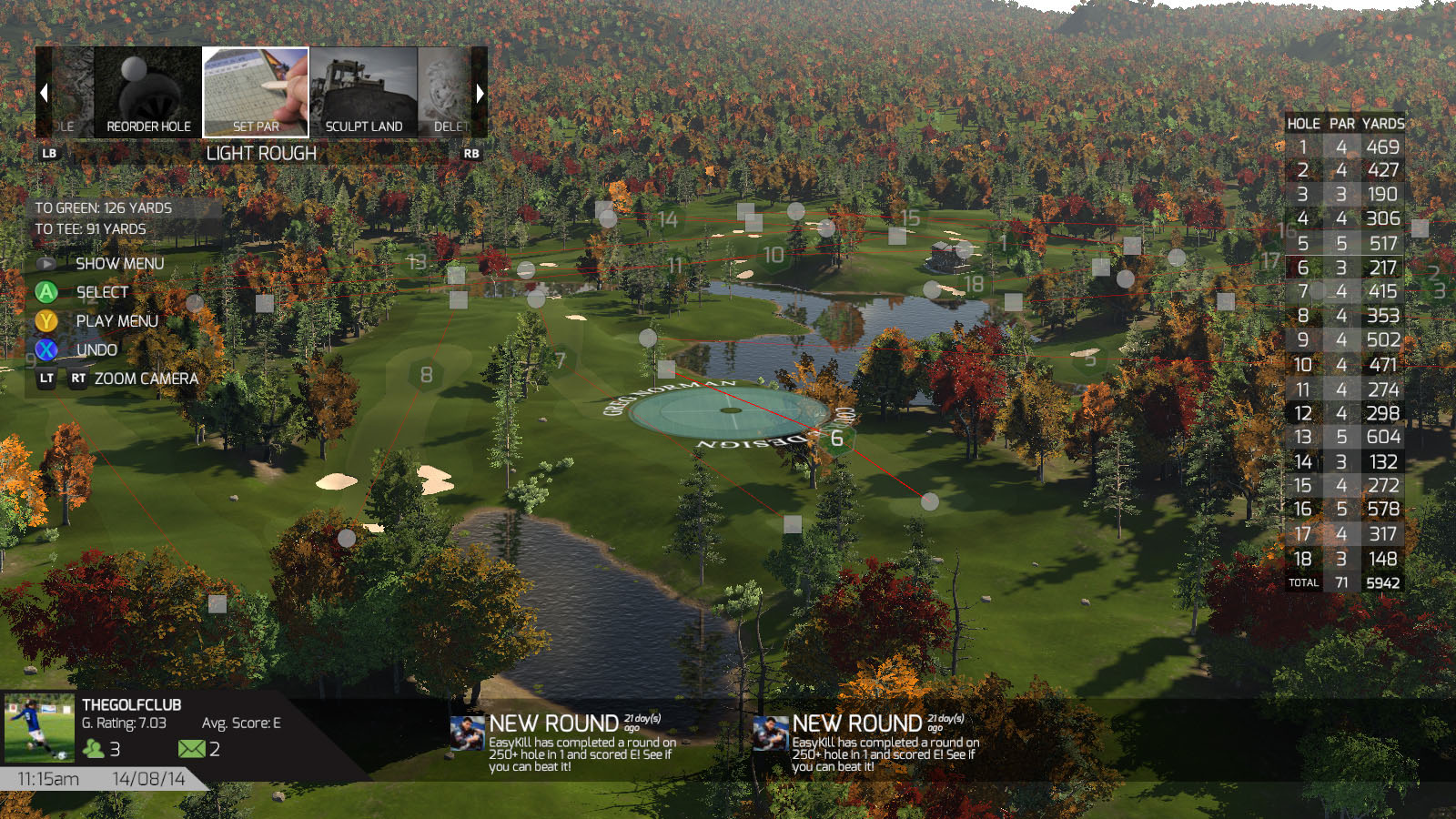 Once you have created the course of your dreams you can take a snapshot from anywhere on the course for your thumbnail and publish it for the rest of The Golf Club community to play.  They will be able to rate your course, which almost turns into a game of its own in seeing who can create the best and most-played courses.  The course library is already bursting at the seams after only a few days of being released, so there are integrated tools to search and filter the courses you want to play.  If you find a favorite designer you can easily view any other courses they have created.

There are some great social aspects to The Golf Club.  In addition to local four-person multiplayer you have plenty of intuitive online options as far as challenging your friends or other gamers to real-time matches or competing with ghost players (every round you play on every course is saved as a ghost) as well as creating your own custom tours.  A robust stats screen will track every aspect of your game and player performance, and there are even course creation stats for architectural bragging rights. 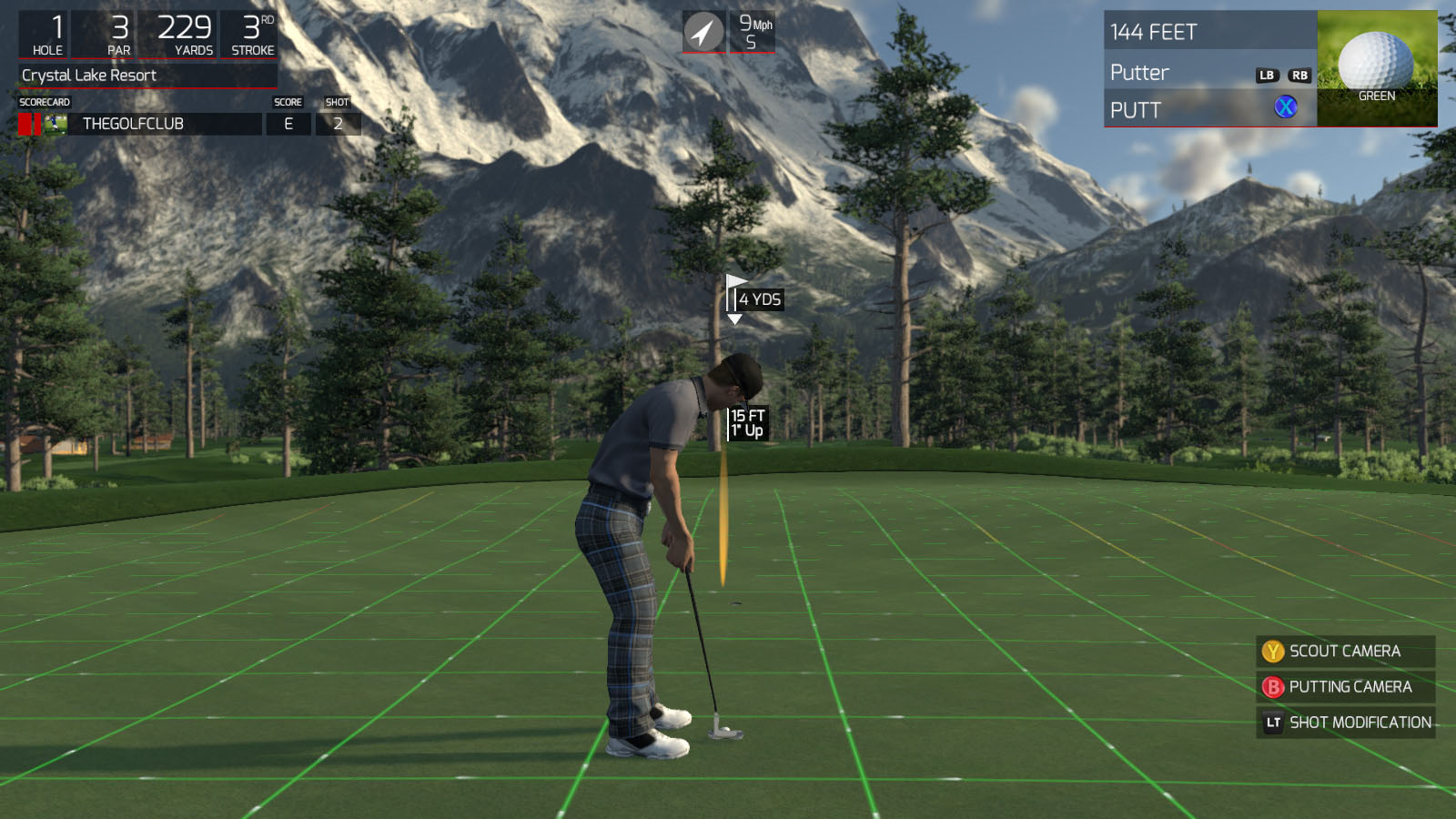 If you can get past the dismal graphics that are actually inferior to the 2004 Links game on the original Xbox – yes, ten years and two generations of consoles ago – you will still find an enjoyable golf game that is all about the golf and none of the gimmicks that a decade of Tiger Woods has delivered.  Best of all, you won’t be bothered to purchase future course DLC since the designers have given you and everybody else the same tools to create your own infinite library of golf courses.  So even if you can’t play golf like Greg Norman maybe you can design a course worthy of the master.  The tool kit is as intuitive as it is massive, and I expect great things to materialize in the near future.

The Golf Club has some great potential and perhaps a bright future ahead of it, but with its steep indie price tag and disappointing graphics and sound only the most hardcore golfers and aspiring course designers will likely find it appealing.  For everyone else, I guess we’ll have to wait for EA’s next PGA game in 2015. 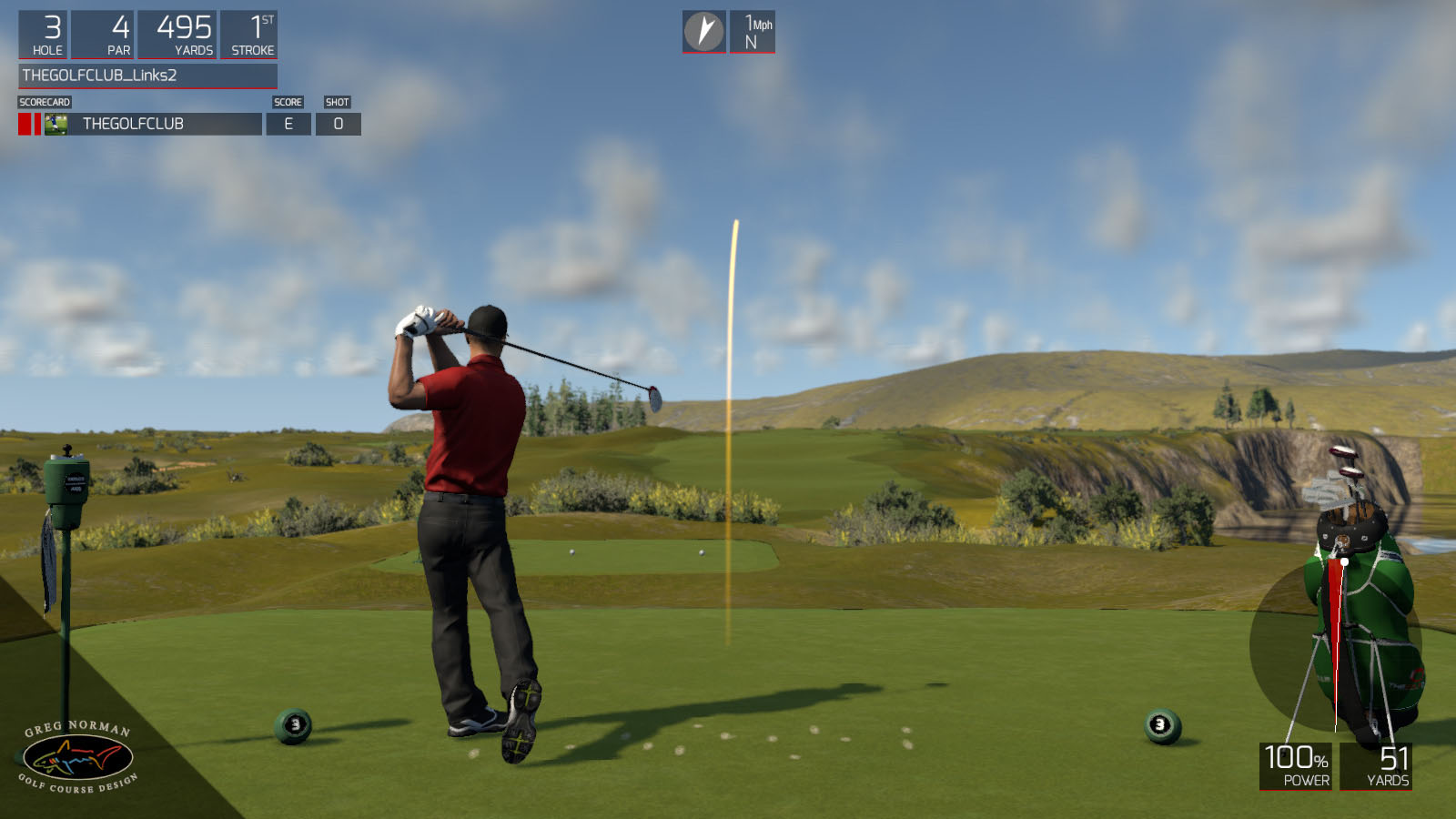 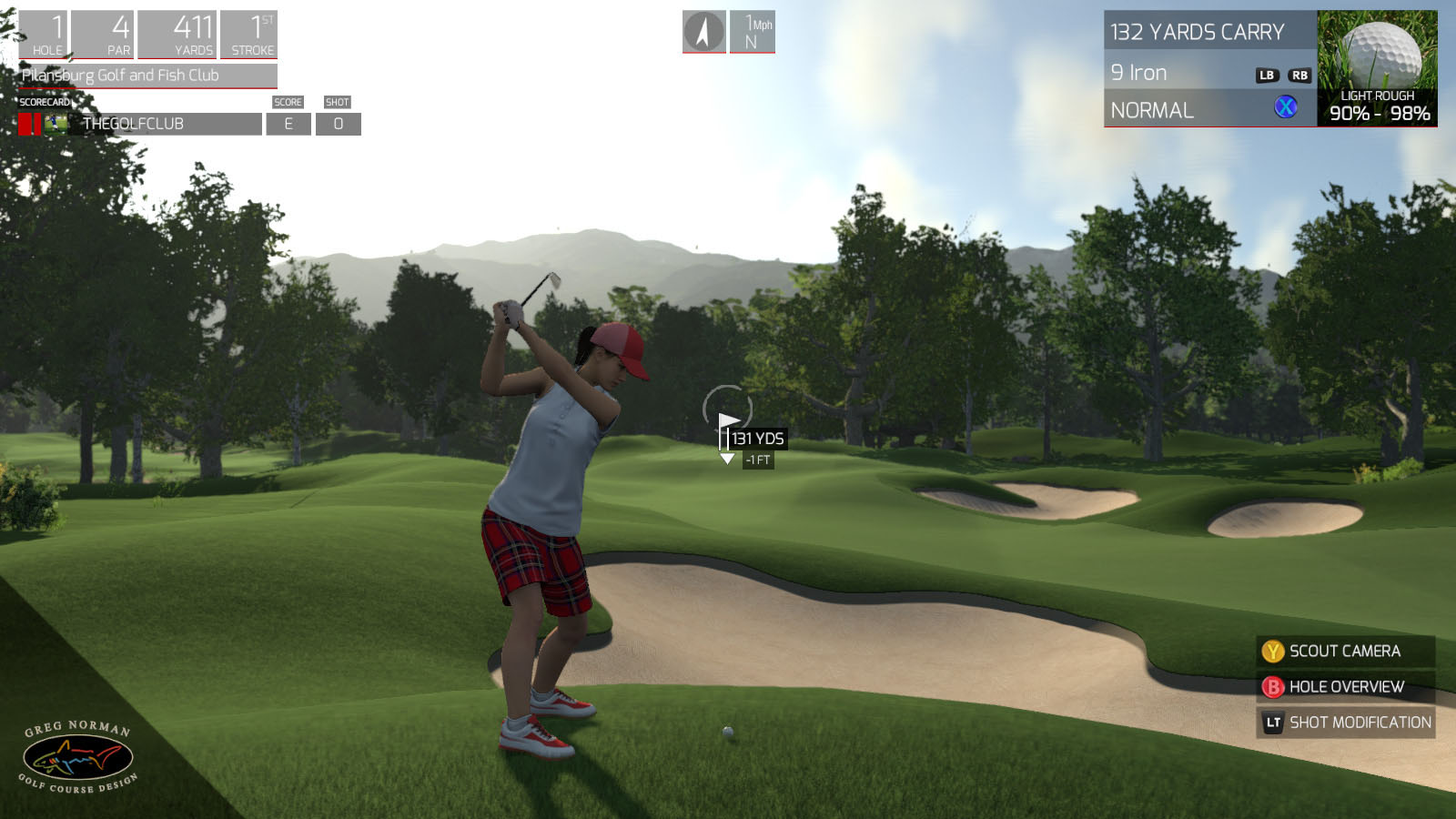 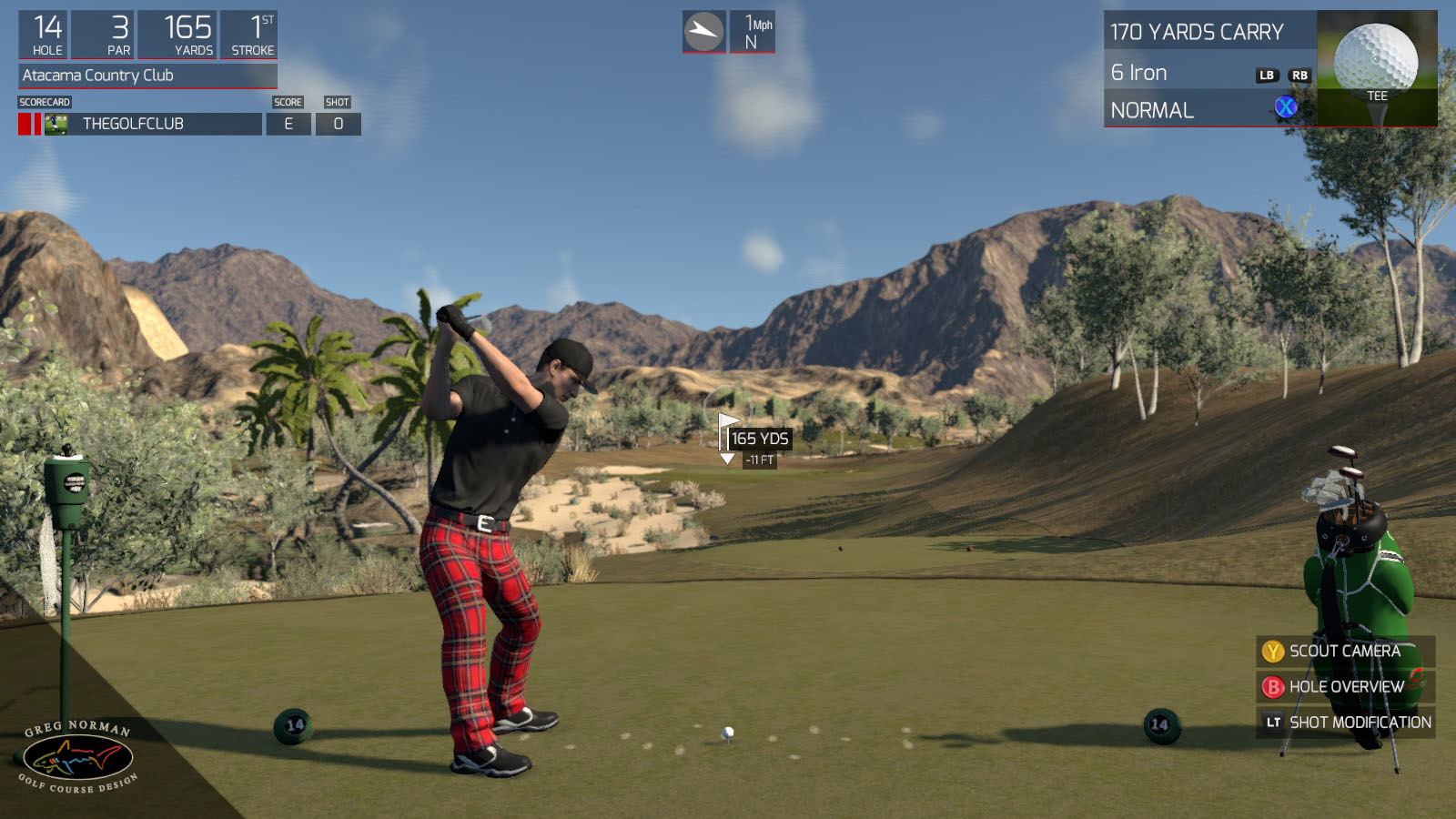 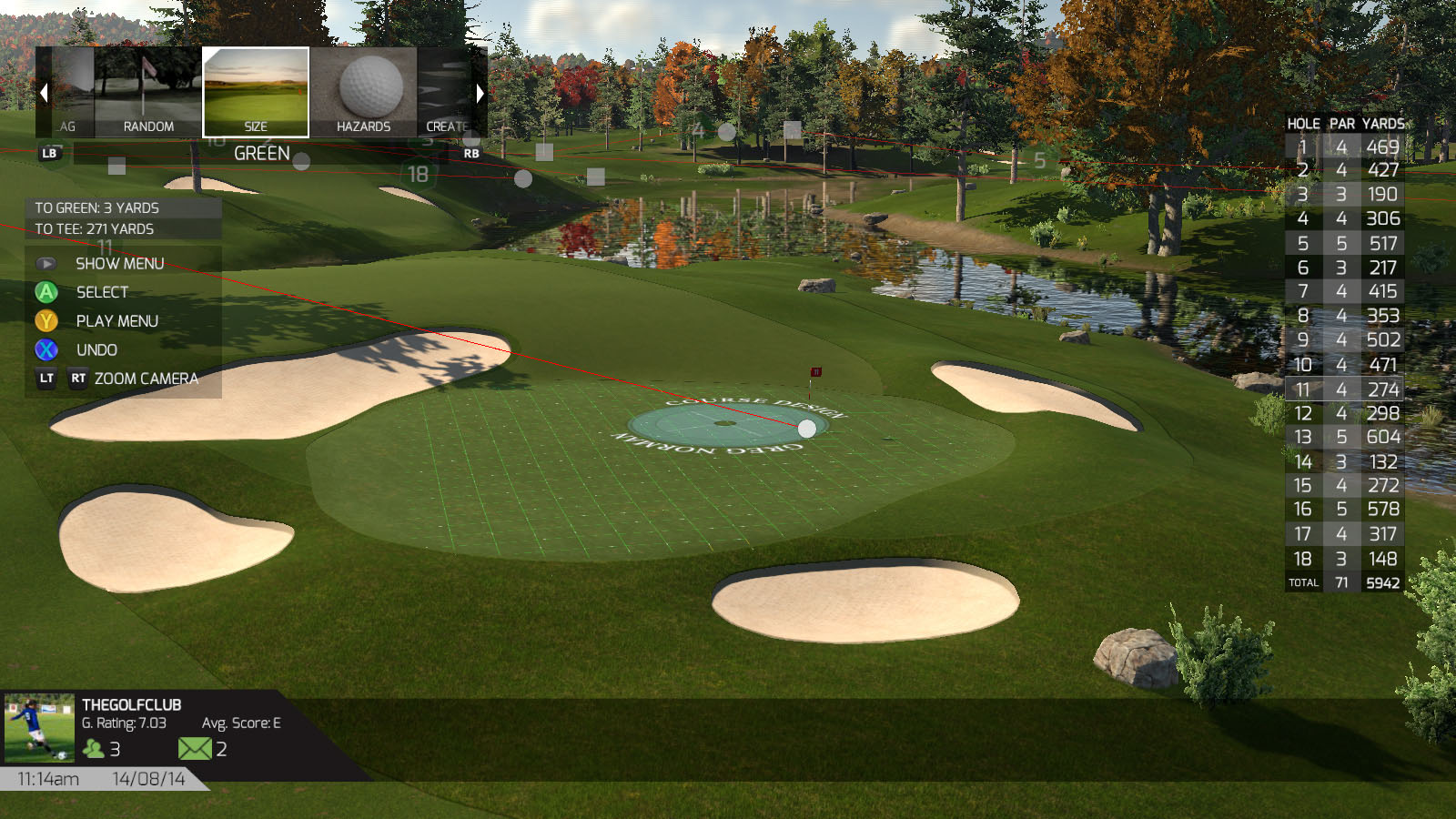 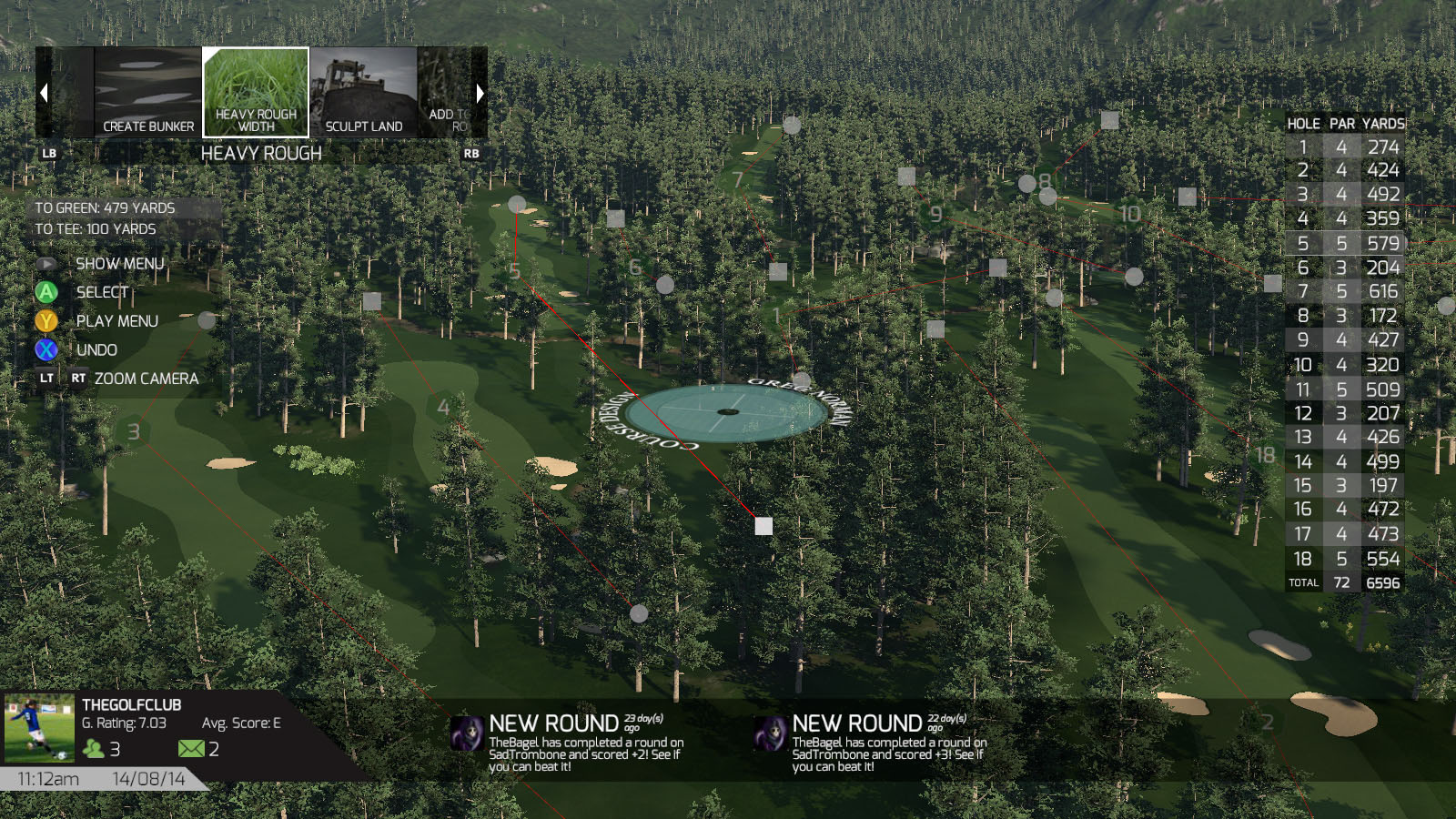 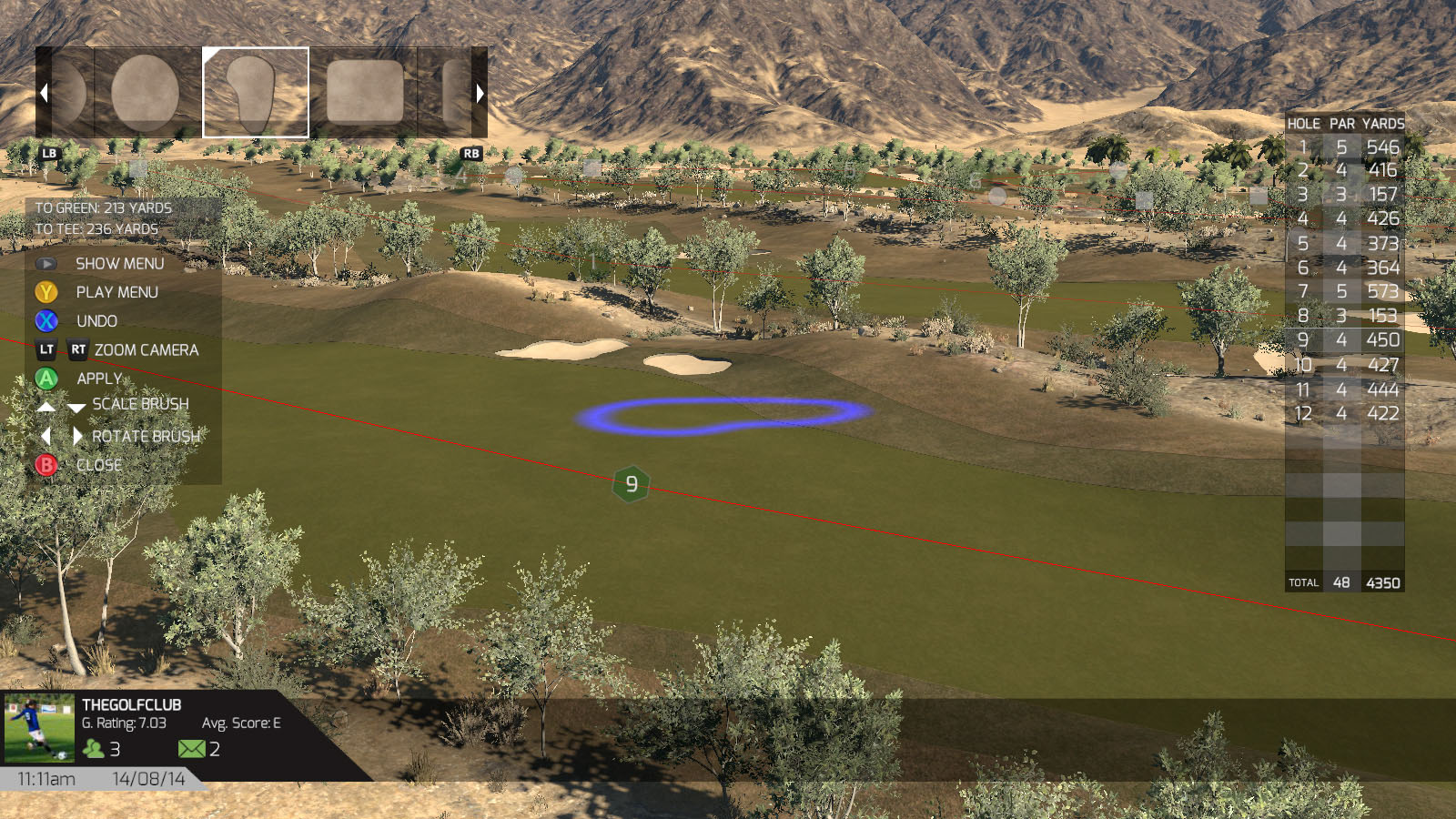 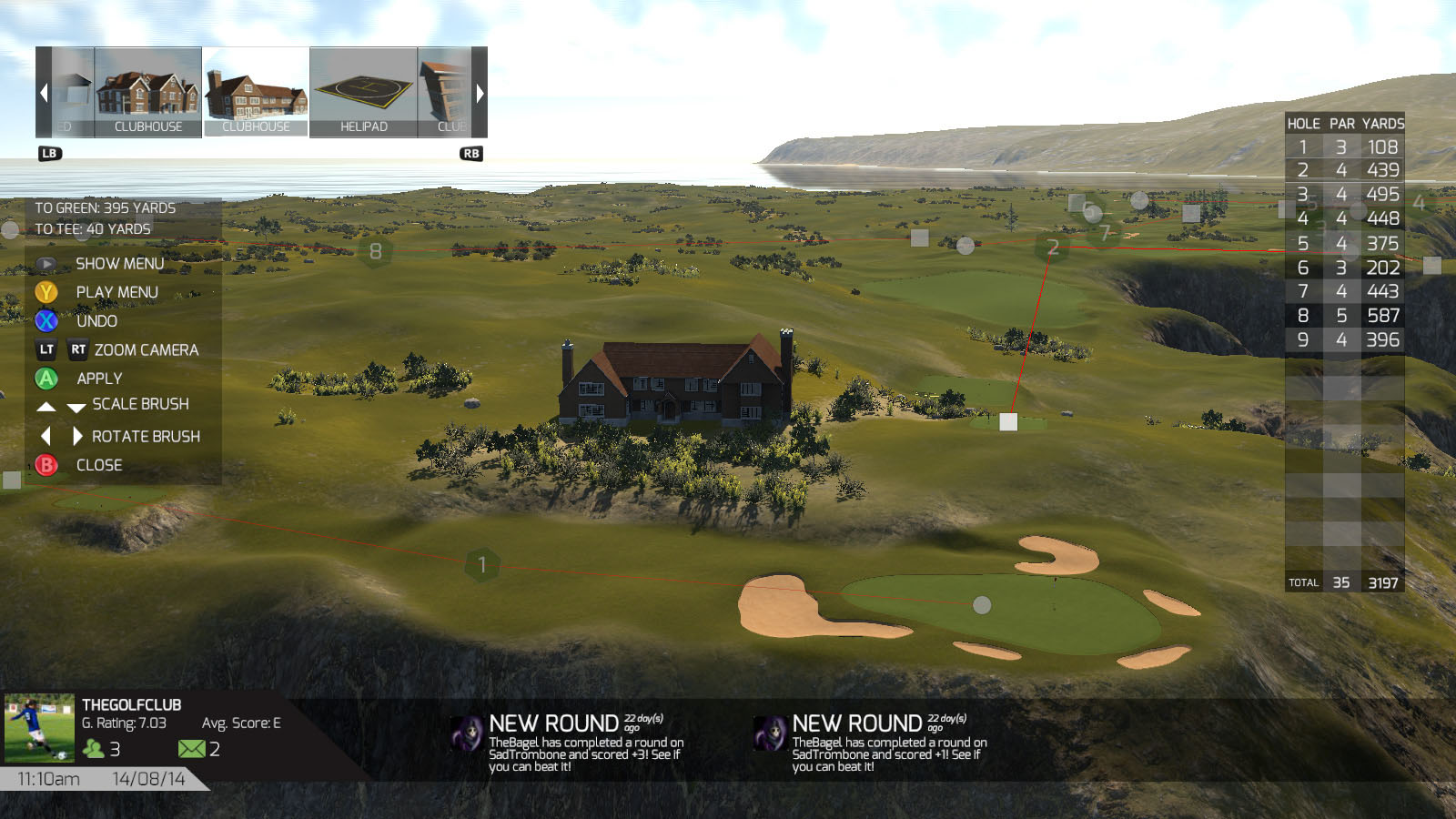 1
1139
The Walking Dead: Saints & Sinners Review – Oculus Quest
2
984
The Falconeer First-Look Preview – PC
3
984
Metamorphosis is 33% Off on Steam!
4
984
Werewolf: The Apocalypse – Heart of the Forest launches on October the 13th
5
984
Synth Riders Celebrates Anniversary with a Month Full of Treats and an Oculus Ques...
6
984
Worm Jazz Review – PC
7
983
Take to the Skies and Choose a Side in the New Trailer for Next Generation Air Com...
8
983
CRASH BANDICOOT 4: IT’S ABOUT TIME IS AVAILABLE NOW
9
983
Frictional Games Shows Off First Gameplay Footage of Amnesia: Rebirth
10
983
Join the Galaxy’s Finest as Star Wars™: Squadrons Soars Into Homes Today
All Original Content on Game Chronicles is Copyright (c) 2002-2020
Sinjin Solves Walkthroughs Copyright (c) 1996-2020 by Mark Smith