The Crew Review – Xbox One 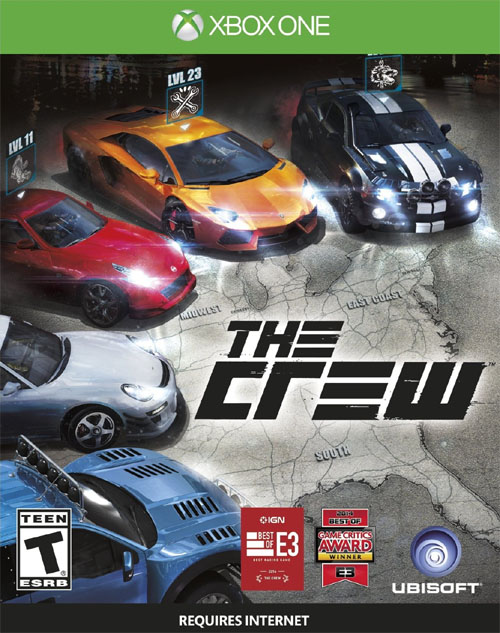 Huge and varied open-world, with a ton of stuff to do
Pretty seamless multiplayer component that complements gameplay

A game that is more about the journey than the destination.

I remember the first time I drove through the outskirts of Los Santos into Blaine County while playing Grand Theft Auto V. The subtle transition from overpriced housing to scrubland filled me with anticipation of what else would be awaiting discovering just over the horizon. The Crew, Ubisoft’s recently released racer, had me experiencing this excitement every twenty minutes or so, as I worked my way across its representation of the continental United States.

Though the regions in The Crew perhaps don’t contain the same amount of depth and intense focus as is on show in Rockstar’s title, the sheer size of and variation contained within The Crew’s open-world is staggering, and the fact that it continues to hold surprises and places of interest many hours into the game’s narrative is as impressive as the fact that there is actually a progressive narrative within a racing game, rather than merely a series of races.

Unfortunately, the story within The Crew is largely forgettable, and the cast contained within almost rivals the unpleasantness (both personally and narratively) of one of Ubisoft’s other 2014 releases, Watch_Dogs. The protagonist, Alex Taylor, seems to take his fashion advice from a late Season Five Walter White, complete with thick-rimmed glasses and scruffy beard, and comes across as an arrogant, whiny, revenge-driven one-note. His titular crew aren’t any better, with Zoe, his F.B.I. handler serving as a narrative catch-up, alongside a replacement father figure, an edgy teenage hacker and a suave contacts man hitting every car movie cliché as often as possible. Even the antagonists are dull, with Coburn, a rogue F.B.I. agent seeking personal gain, and Shiv, a gang-leader responsible for the murder of Alex’s brother, failing to provide interest or any real reason to bring them down other than the fact that they’re labeled as bad guys. 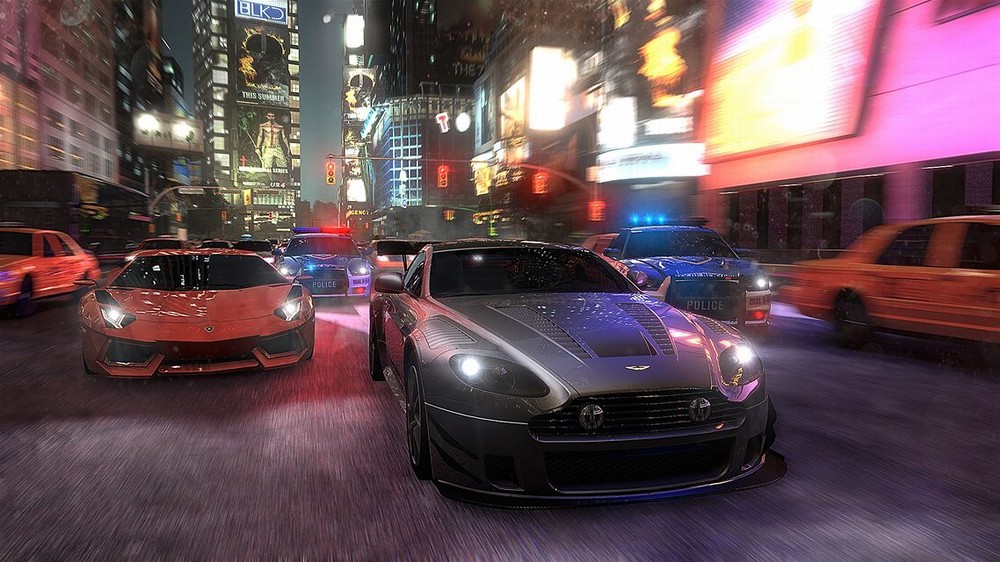 Thankfully, much of the gameplay aside from the story is far more enjoyable. The single-player experience is broken down into five main sections, which are divided across the map of the US. Starting in Detroit, and the larger area of the Midwest, players are given access to street-spec cars, before moving through the East Coast, the South, Mountain States, and finally the West Coast. Each new area brings with it a new type of car, such as Dirt or Performance, and races and events in each area typically focus on their specific car type, although you do get the chance to brush the dust off earlier rides at certain points. Races contain a fair amount of variation, from your standard 4-car street race, to escaping from the cops, taking down other racers, or merely driving from point-A to point-B as quickly as possible.

Story events are fairly spaced out across the map, meaning that there’s often a fair bit of driving to do between one race and the next. While this gives you a good opportunity to experience the expansive world map, it also gives you a chance to upgrade to car on the way. In what can perhaps best be compared to World Map battles in RPGs, The Crew has you competing in various ‘Skills’, which allow you to unlock parts for your car. Skills range from slaloming through gates, to keeping up a high speed while maintain a certain course, to hitting a jump and attempting to land in a particular zone. Rewards for these challenges are tiered in the same way as story missions, in that your score can earn you bronze, silver or gold parts for your car, which in turn upgrade certain stats, such as speed, acceleration, braking or road grip. These skills prove a good distraction for the longer journeys across the map, and provide a strong incentive for manually travelling from one point to another rather than using the fast-travel system. 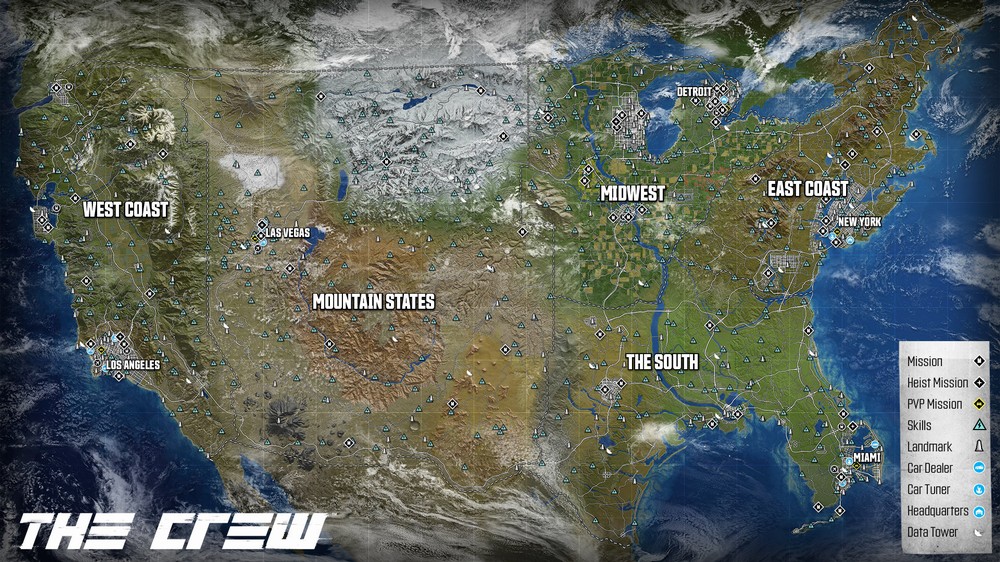 This gradual leveling up of your car encourages a strong sense of ownership over your vehicles, and watching your cars progress from basic levels of usefulness to becoming your go-to ride that defeats all in its path is a great feeling. Cars within The Crew are labeled with a car level that indicates how powerful your car is, and each of the story events has a pointer next to it that indicates the recommended level of your car, which gives you an idea of how prepared you are for a particular race. Alongside leveling up your car, you are also able to increase your player level, which unlocks later areas within the game, and also provides you with Perk Points. These points allow Alex to become a better driver, improving his acceleration, braking or handling, or allowing him to buy parts for cheaper, or even increasing the range at which he can spot secondary objectives, such as landmarks or hidden car parts.

The Crew wouldn’t be a Ubisoft game without some kind of watchtower mechanic, and Radar dishes fulfill the role here. Though secondary activities are less important in The Crew than they are in games such as Far Cry or Assassin’s Creed, there’s still a decent amount of additional content included that can take up your time away from the main story. Landmarks are fairly self-explanatory, providing players with an aerial view of their immediate area, and skill missions have already been explained. Hidden Car parts allow you to unlock a special car in each area, which is tuned specifically for the specialization focus of that particular area.

Though The Crew is perfectly serviceable as a single-player experience, it has been heavily marketed as an online game, and does in fact require a constant Internet connection to even get past the title screen. Each time you load the game up, it gives you a quick glimpse of the players populating your world, and their approximate location on the map. Every race in single-player gives you the option to play the event either Solo or in Quick Co-op, which sends an invite to players in your immediate in-world area. It’s fairly seamless, and when you’re playing against fellow humans as opposed to the game’s AI, it makes for a more exciting race and for me personally, it encouraged me to try harder. I certainly gained more enjoyment and satisfaction from defeating real people than AI racers, that’s for sure. 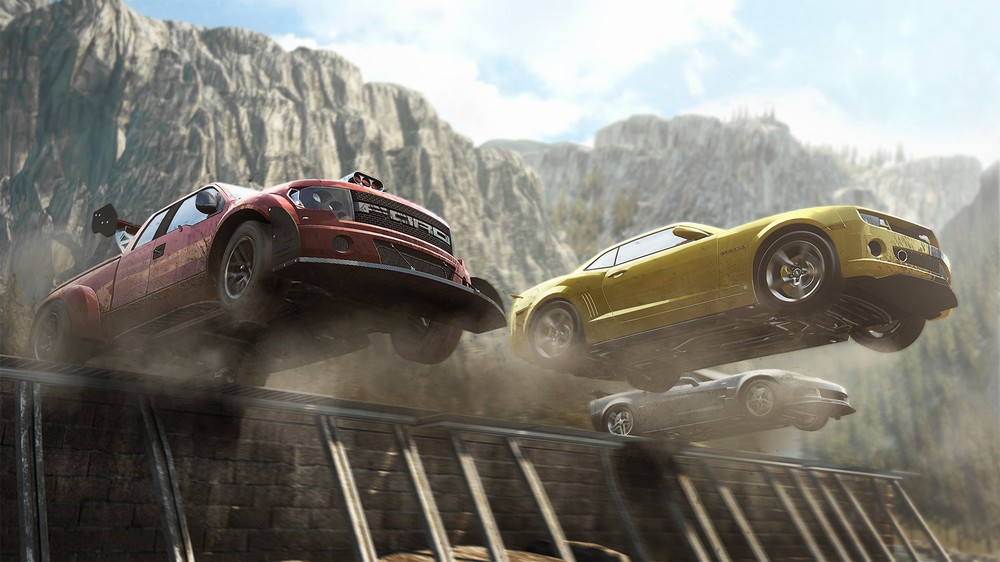 Later in the game, players are given the chance to join factions, and this opens up the option of playing PvP races for the rewards of extra cash. Cars are incredibly expensive within The Crew, to the extent that I haven’t to date managed to purchase one of the higher end models, and instead have worked my way through the game leveling up low- to mid-range vehicles to competitive levels. Microtransactions are available for those who wish to quickly purchase some of the best cars in the game, and it seems as though Ubisoft are encouraging players to either go down that route, or spend a large amount of time in multiplayer races, rather than the single-player component of the game.

Visually, The Crew is a mixed bag, in much the same way that a game like Skyrim is simultaneously impressive and disappointing. The sheer size and variation of the open-world environment in The Crew is impressive, and I’ve really enjoyed driving down its many miles of roads. On the other hand, though, textures are of a fairly poor quality, many of the towns and cities are bland and uninspiring, and the world feels fairly lifeless. There are other, non-racing AI drivers on the road, and the level of these has been fairly well managed, in that there are enough to provide a sense of population, but not enough to feel as though it’s impossible to drive at decent speeds without pinballing from one crash to the next. However, all of these drivers just feel like scenery, rather than being part of the world. There are some cool scripted events within some races, such as low-flying planes or fire trucks rushing towards an emergency, but largely the world of The Crew feels flat. 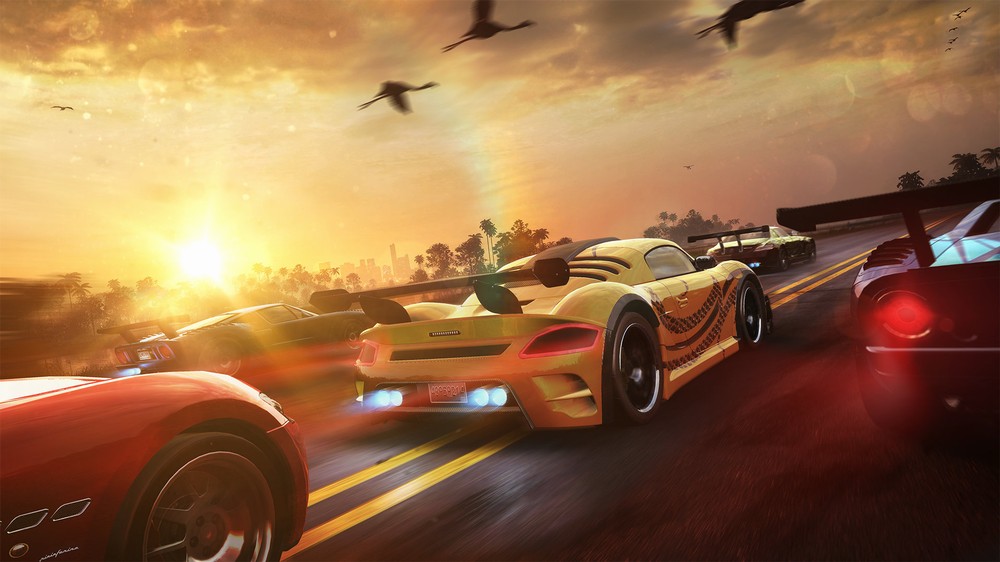 It seems like a pedantic observation, but to me, The Crew feels like a game more about driving than racing. There are a ton of races, sure, but I found more enjoyment in travelling around the open world than I did in pursuing Alex’s mission of revenge. It’s not often that I use fast-travel systems in a game, as I typically tend to find enjoyment in exploring a world fully, but it’s rare that I don’t get even a little bit restless when I spend close to twenty minutes travelling from one point to another, as I did last night, particular when I’m extending my play session for that specific reason.

Last night, with the hours ticking on, and bedtime approaching, I was tasked with driving from the tips of the Florida Keys to Las Vegas, which in The Crew miles, was listed as 66 miles. Considering the longest journey I’d undertaken in game before that was 23 miles, and took a little over ten minutes, I knew I would be playing for another half-hour or so, but due to the intrigue of what I’d discover along the way, I was more than happy to get going. I didn’t even start the event waiting for me once I got there, but instead was happy to turn the game off and retire to bed. The Crew really seems to be a game more about the journey than the destination.

So, is The Crew a worthy purchase? Perhaps, but maybe not for the reasons you’d expect. If you’re looking for a solid racer, or a decent story, or a strong multiplayer experience, then it perhaps doesn’t deserve to be top of your list. If, however, you’re looking for an enjoyable experience, a lot of stuff to do, and a game you can pick up and play for short bursts, then The Crew may well be a game for you. I’ll make no allusions to greatness here, The Crew is certainly a middle-ground title, if above-average, and I can’t imagine it will feature in many Game of the Year lists. Despite its flaws, though, I still hold certain fondness for it, and I imagine many other people will to. It’s definitely a title I will be returning to in my free time, which isn’t something that happens too frequently with review titles. 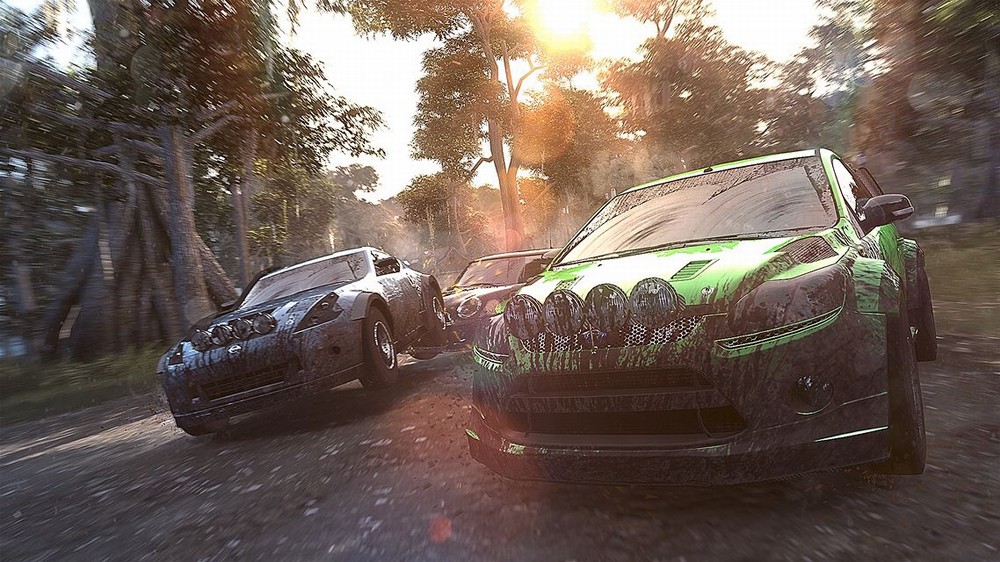 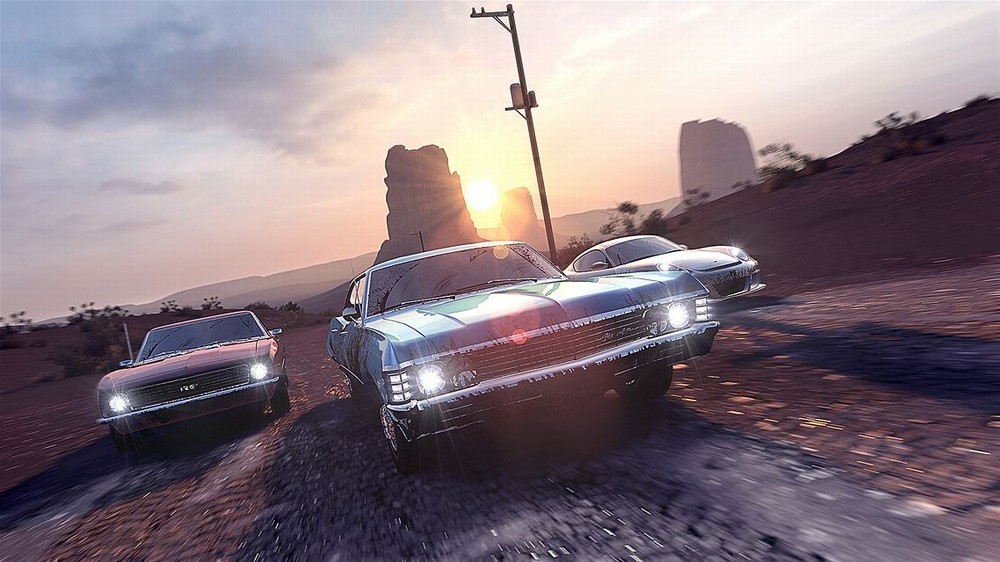 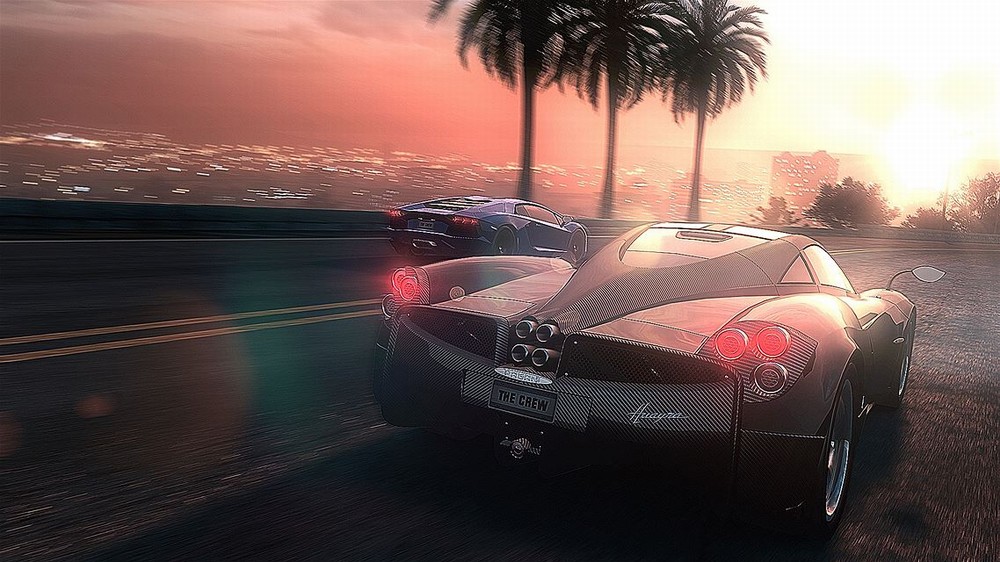 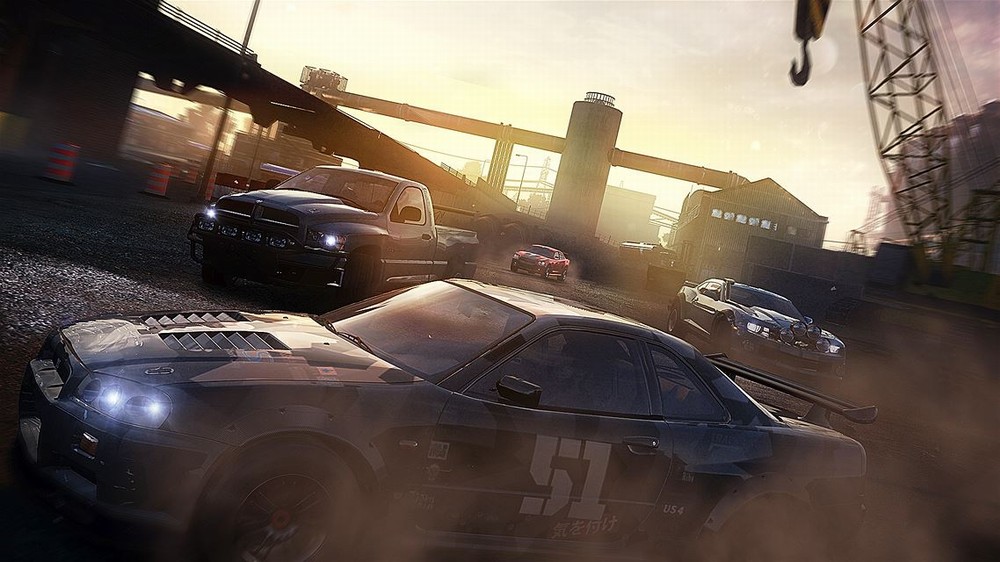 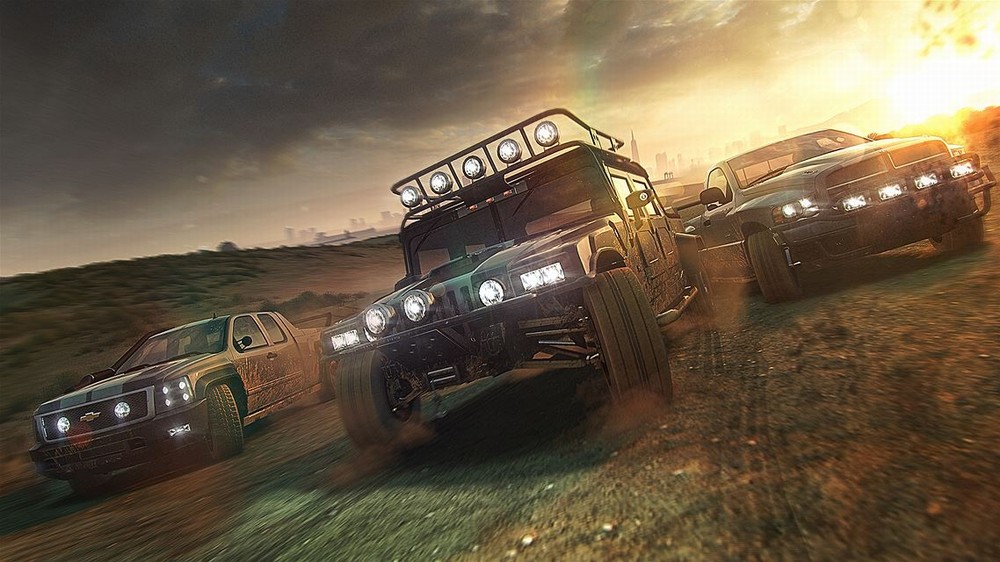 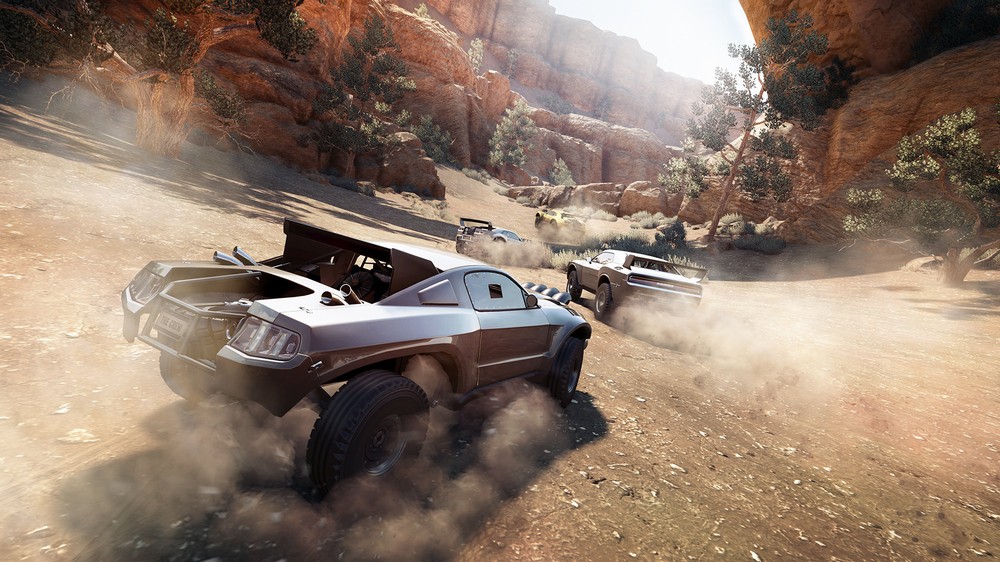 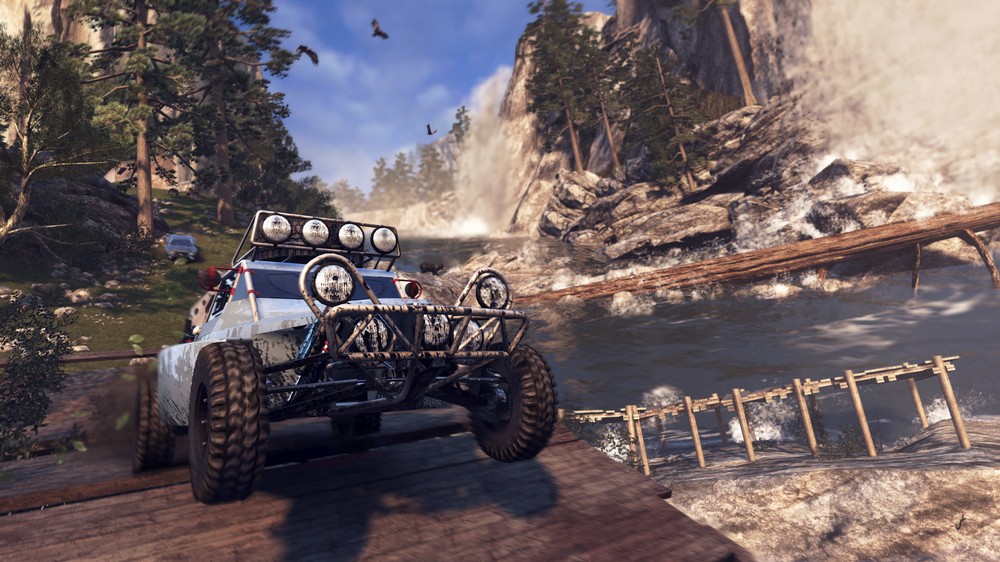 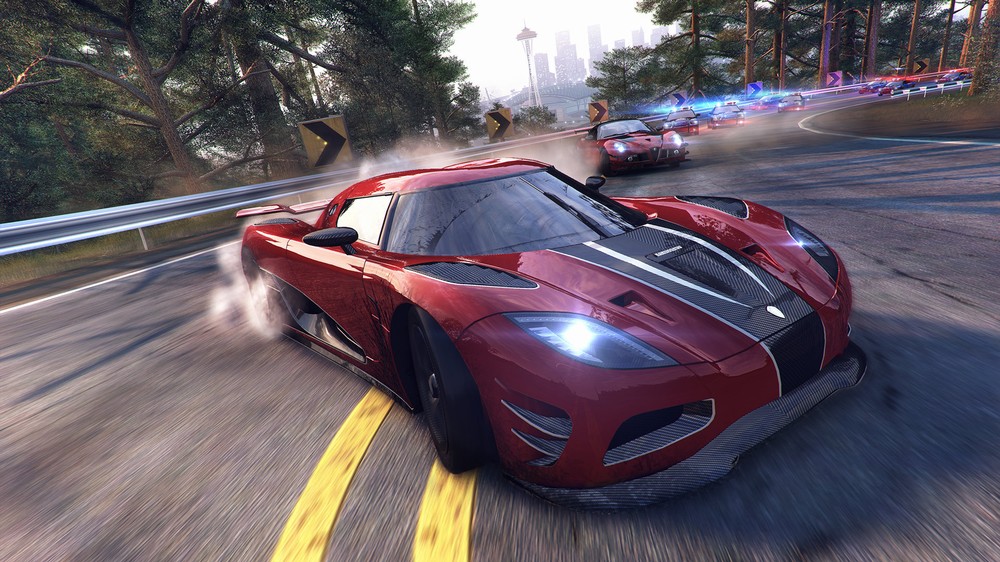 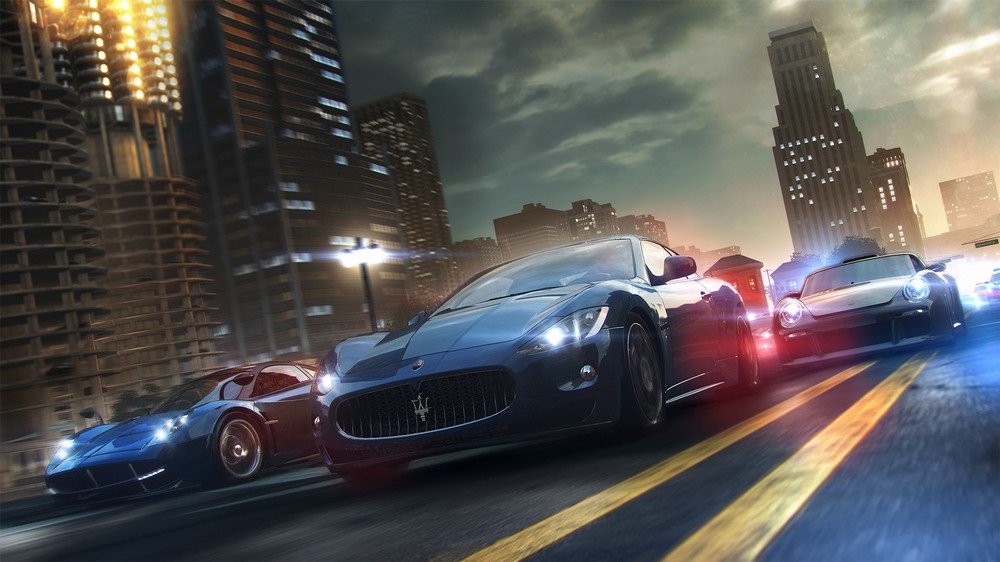 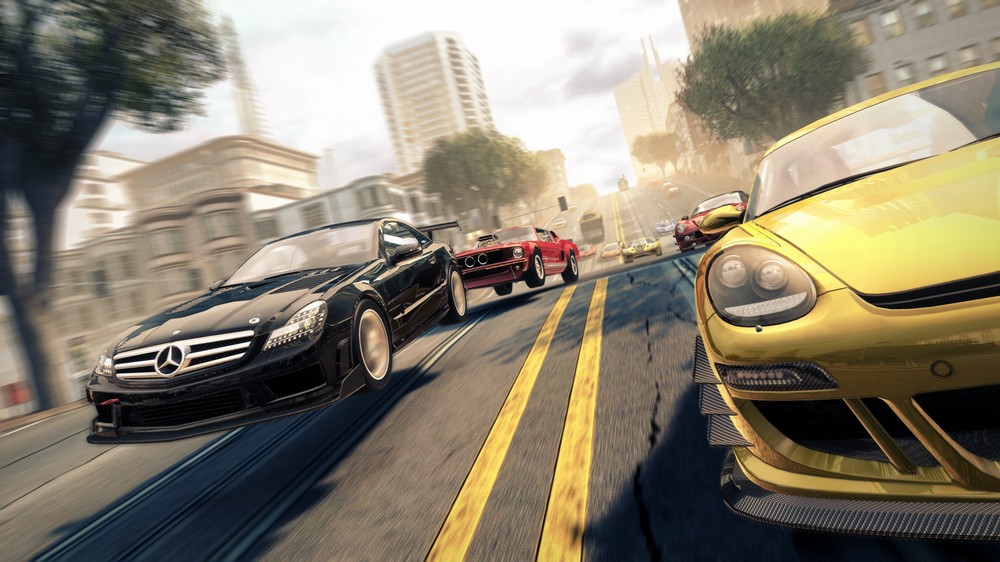 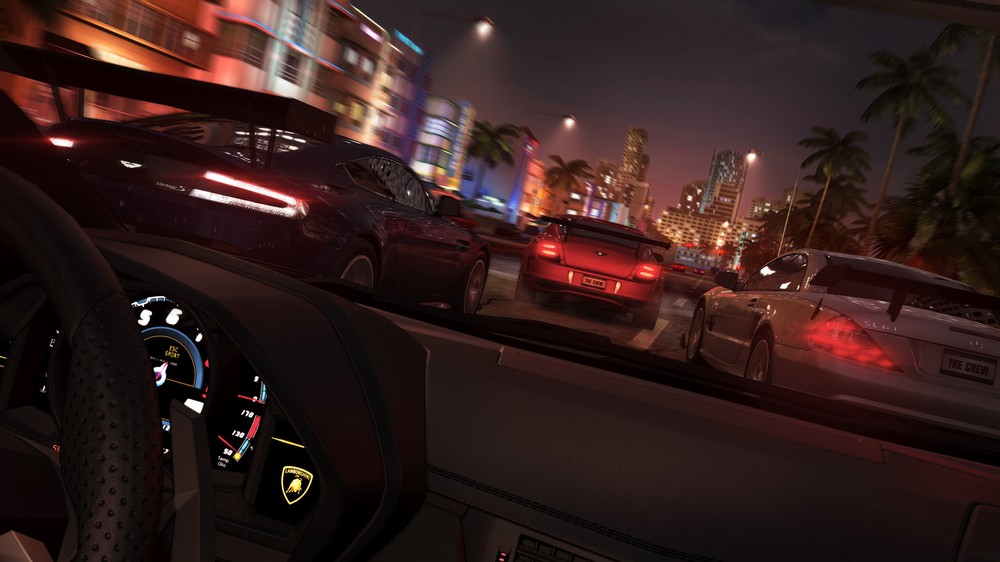 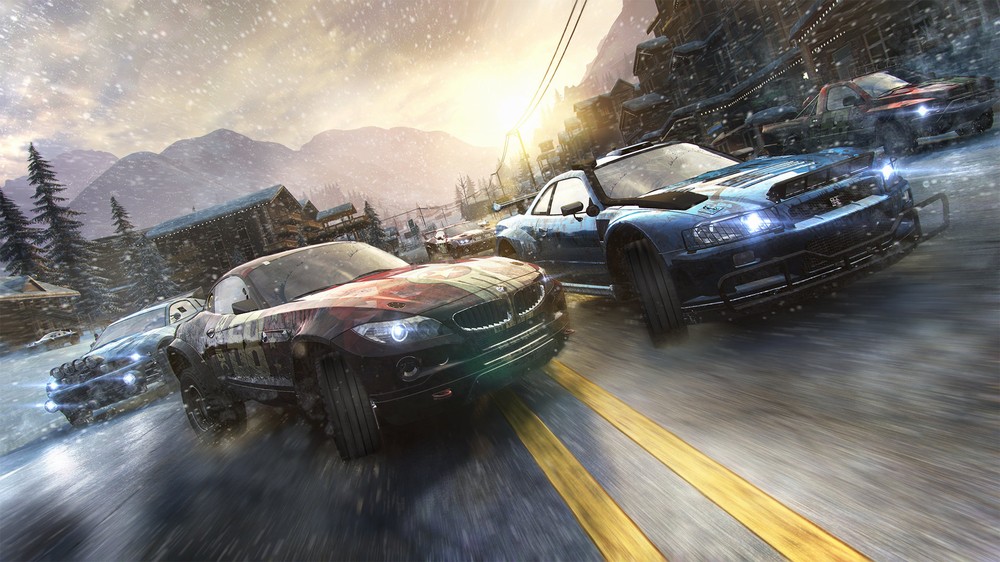 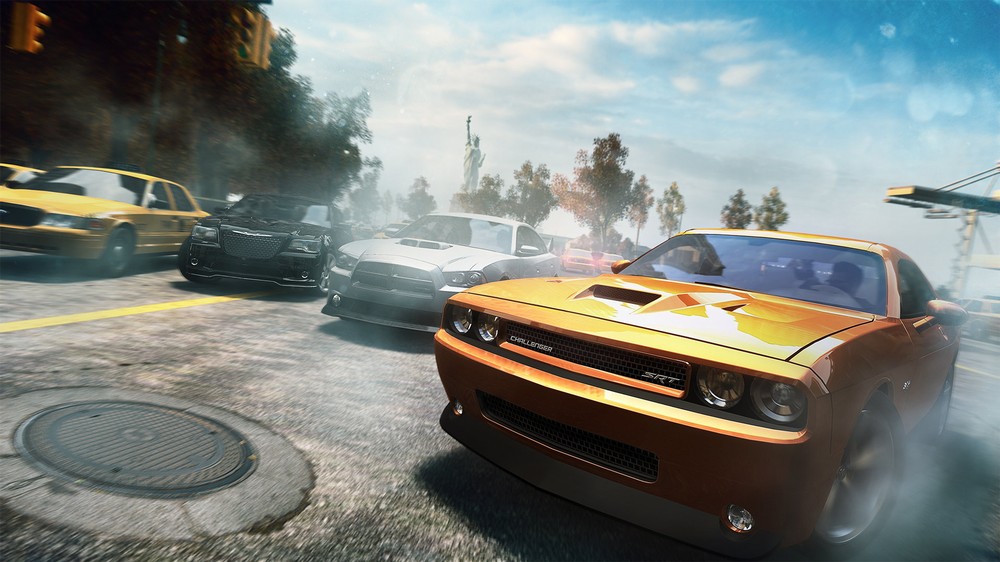 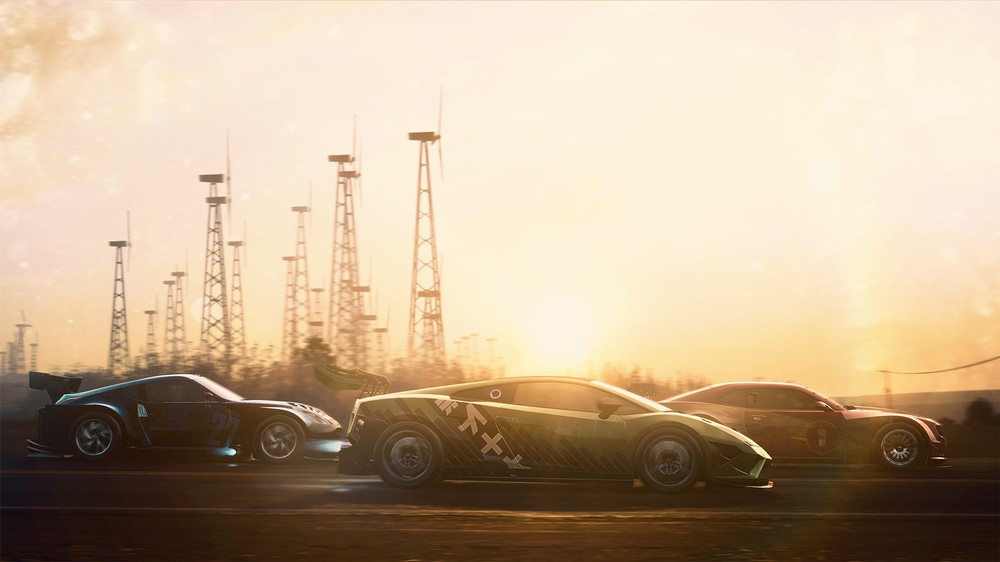 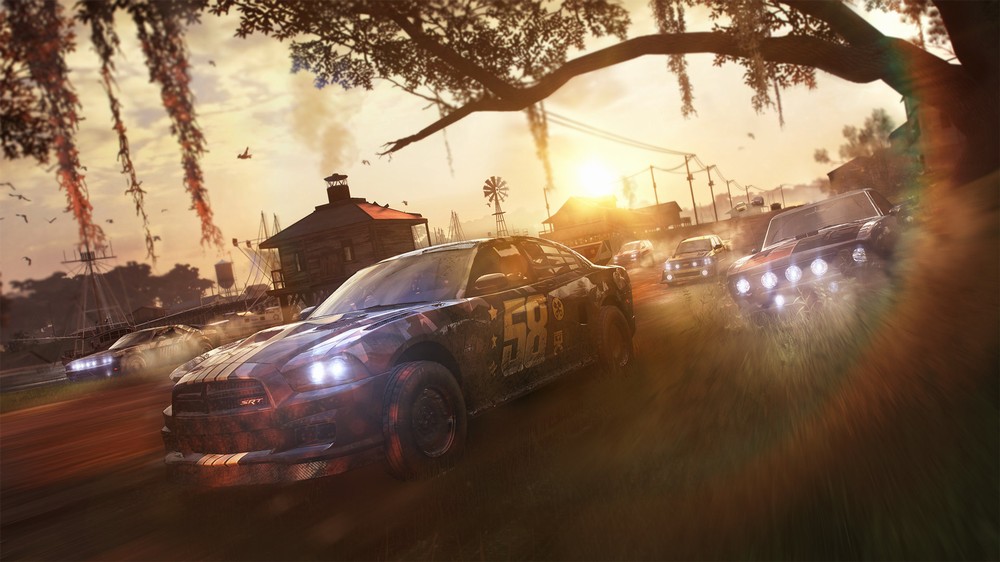 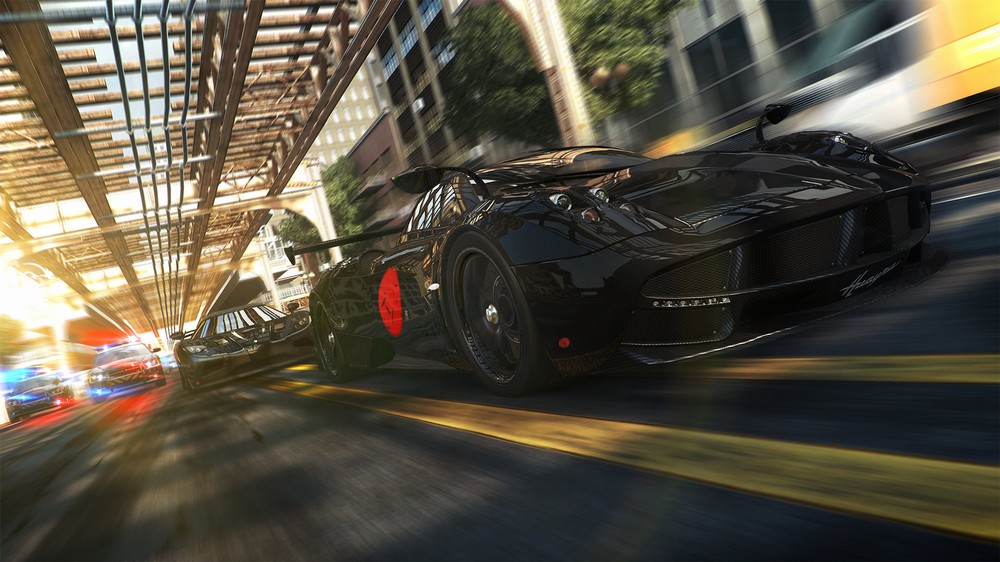 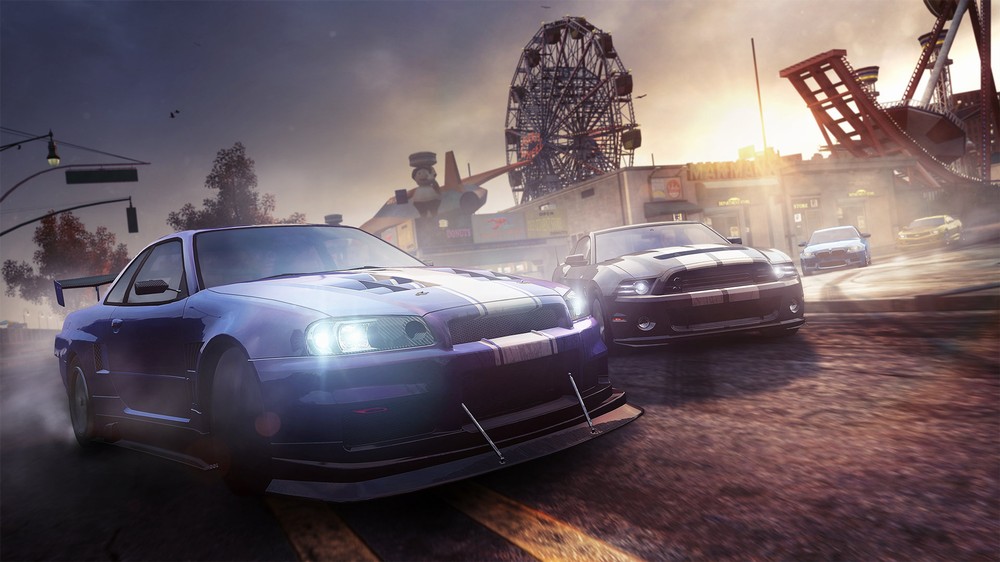 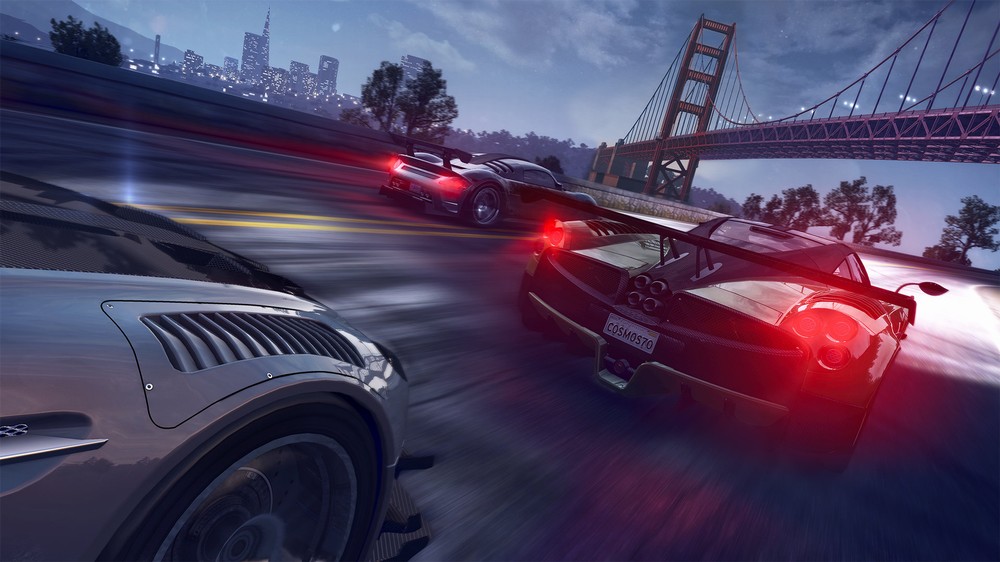