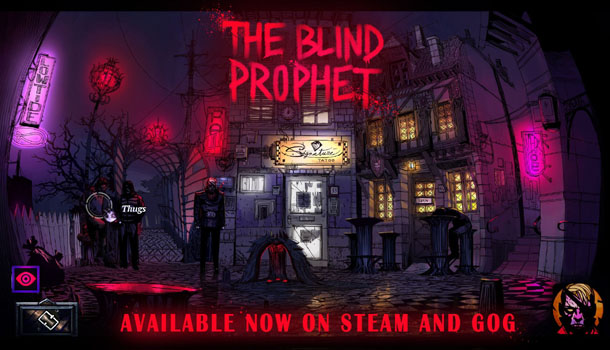 A frustrating chore to play that’s not worth your time or money.

It’s not often I find a game so deplorable that I can’t bring myself to finish it, but The Blind Prophet is one such game; a point-and-click adventure that breaks nearly every rule of adventure game design, a game that is frustrating and even a bit insulting to the person attempting to play it. It frequently defies logic and common sense in its flawed attempts to constrain itself to how the designer is thinking rather than the target audience. You can watch my floundering of the first hour of the game here.

Before I thoroughly trash this game I will mention the good aspects; the authentic graphic novel presentation with cool art, great sound and music, and the traditional cross-bar pop-up interface that’s been a staple of adventure games since LucasArts in the 90’s. The game is a traditional point-and-click with all hotspots easily indicated when you click on the red eyeball icon. Hotspots fade away after a few seconds, but since there is no limit to the use of this feature it should have been a toggle rather than a timed effect. 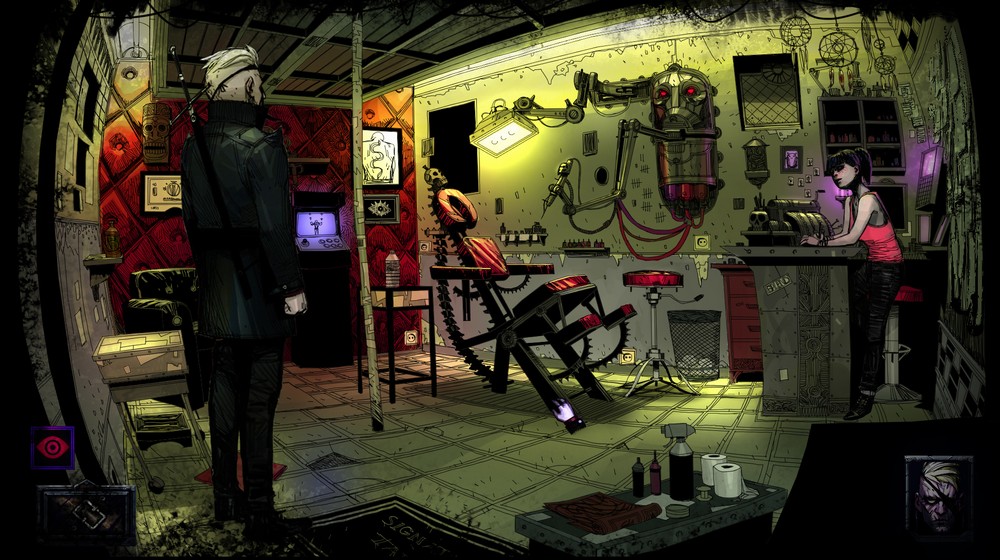 The opening cutscenes uses Comic Sans, which is easy on the eyes but other fonts and color choices later in the game made it painfully difficult to read many text entries and subtitles. I was sitting 9ft from an 85” screen and still struggling. In a game with no dialogue other than the occasional grunt or exclamation, easy-to-read text should be a priority. It also didn’t help that many text boxes would pop-up near the edge of the screen with half the box off the screen and unreadable. You also have to keep the mouse very still after choosing one of the four options on the pop-up menu or the text box will disappear.

The entire game is played with a mouse; no keyboard is necessary as there is no character movement or animation. You simply click on your destination and you’ll appear…if allowed. This created a major problem for me early in the game where I was supposed to find food for this girl. A pop-up box telling me that I could not leave the area was blocking my view of the crowbar needed to complete the puzzle and didn’t disappear until I left the scene and returned; the first of many broken mechanics in this game. 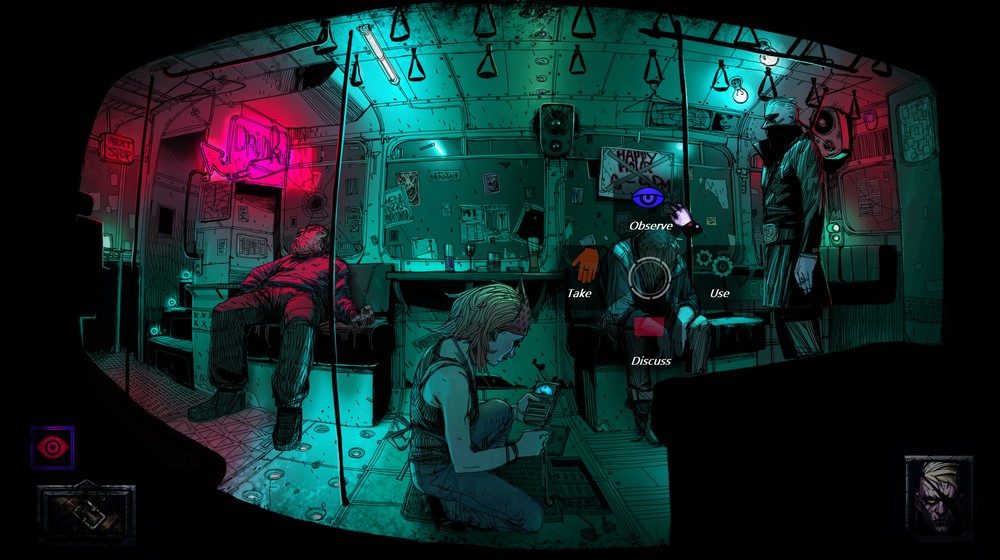 The item acquisition and inventory management in The Blind Prophet defies logic at times. You are not allowed to collect items UNTIL the game determines you are ready for them. Example: I discovered a stone panel on a patio that required a DYI key and I found that key hanging on a pegboard, but I was not allowed to pick-up that key until I read an email telling me that the Wi-Fi access was under the panel on the patio. Now that I had “a reason” to open that panel the game would now let me take the key even though I could have just as easily collected it earlier. The entire game (or at least as much as I endured) was choked full of illogical instances like this. Trying to USE the box of fish gives a denial message but after cracking it open and spilling fish onto the pier you are now required to click on the box rather than the fish to actually get the fish.

The initial story is weak with nothing in the first two hours compelling me to invest more time in the adventure despite the promise of demons and character lore in the menus. The script is juvenile with lots of bad responses to poorly designed dialogue trees and needless profanity that seemed inserted for the sake of edginess. The game won’t allow you to leave a scene until certain requirements are met, which negates any free roaming exploration; not that you would want to since you can’t collect items until the script says it’s okay. The Blind Prophet just ends up feeling like a linear graphic novel that forces you to jump through very specific hoops to turn the page. 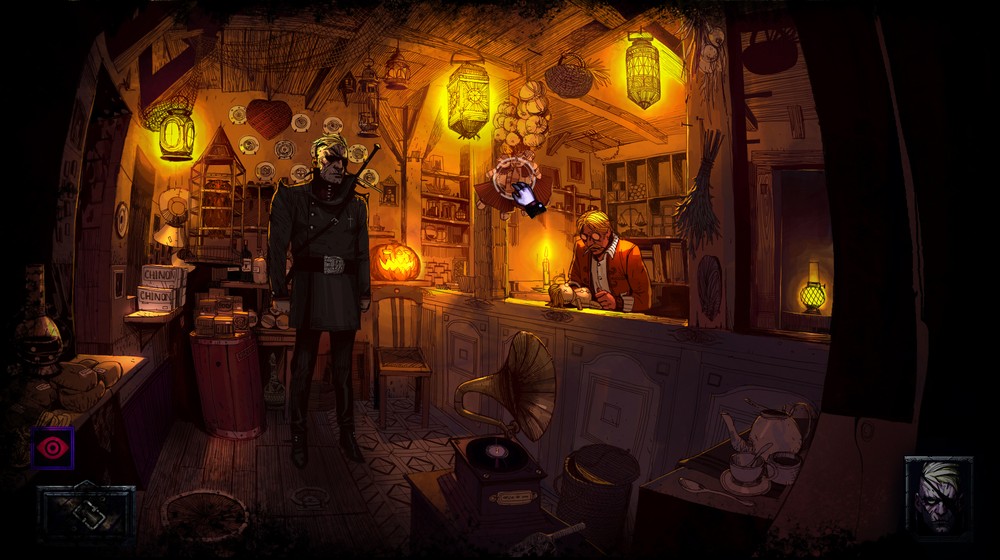 I love adventure games. I used to help make them for Sierra and LucasArts back in the 90’s so I know how to do them and I know when they are good and when they aren’t. The Blind Prophet has some cool art and conceptual design, and the person responsible should probably try to get a job with an established developer like Telltale. While fun to look at, this game is a frustrating chore to play, with a twitchy interface, fuzzy text, illogical world/design rules, weird, almost random puzzles that all combine into a bad game that’s not worth your time or money.