The Aquatic Adventure of The Last Human Review – PlayStation 4 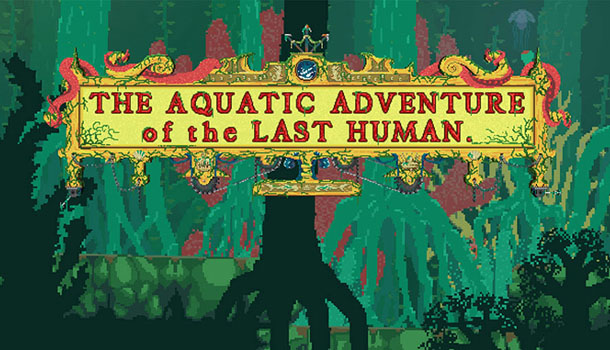 - Difficulty too intense at times
- No real narrative

If you’re itching for a 2D metroidvania experience this is one of the better examples of the genre.

The Aquatic Adventures of the Last Human sounds like the title of a 1950’s pulp science-fiction novel, and aesthetically at least, this description isn’t too wide of the mark. In the introductory cutscene, we are shown a spaceship leaving Earth in the year 2971, entering a wormhole, and returning, Planet of the Apes style, at an unknown later date, to an Earth that is both at once instantly recognizable and wildly different. Water now covers the planet’s surface, and though you can clearly see the remnants of human civilization, this is now an Earth ruled by creatures that live under the sea.

You spend your time in Last Human in two distinct gameplay modes: exploration and boss combat. Though there are certainly dangers present in the exploration mode, you never enter outright combat, apart from when you enter particular regions where a boss resides. These bosses function equally as dangerous foes and puzzles to be solved, as you have to both recognize and avoid attack patterns, and devise the optimal way to cause damage to these hulking creatures. 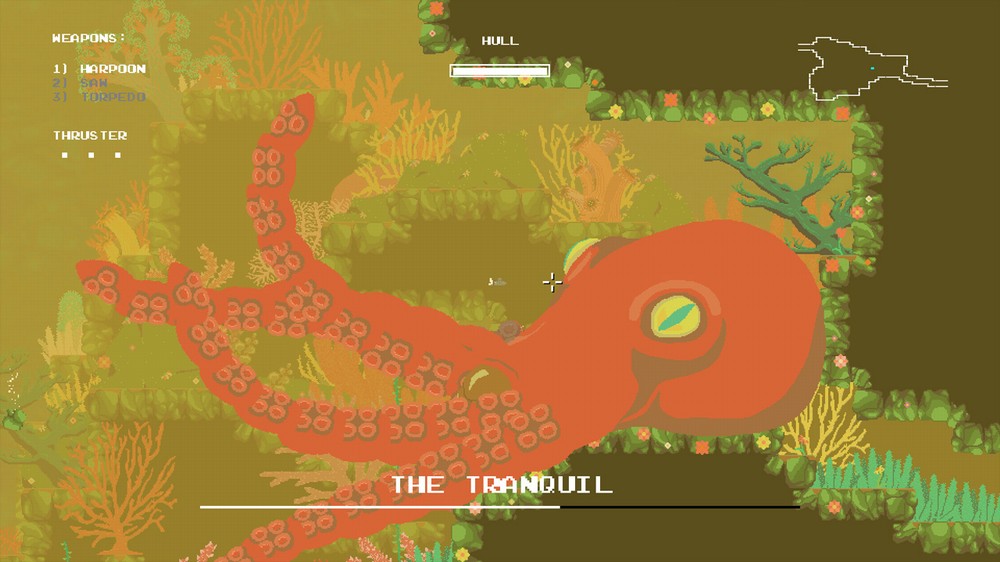 The first few bosses that you will fight, for example, consist of a giant worm, two overgrown and aggressive seahorses, and a stationary but deadly octopus. You’ll die plenty of times fighting each boss, but in Dark Souls style, each death will teach you an important lesson and bring you that little bit closer to ultimate success.

Exploration works a little more like the Metroid style of games, where you’ll uncover new abilities and weapons that will grant you access to previously unreachable areas. You’ll also find upgrades to your ship’s armor and power, as well as text logs that detail the final days of humanity’s occupancy of Earth. These story details feel a little too sparse and disappointing, especially considering how well the visuals convey the sense of a planet lost. It’s definitely a case of imagination filling in the blanks making for a better story than attempting to fill in all the holes in a definitive way through snippets that never really feel like they deliver sufficiently. 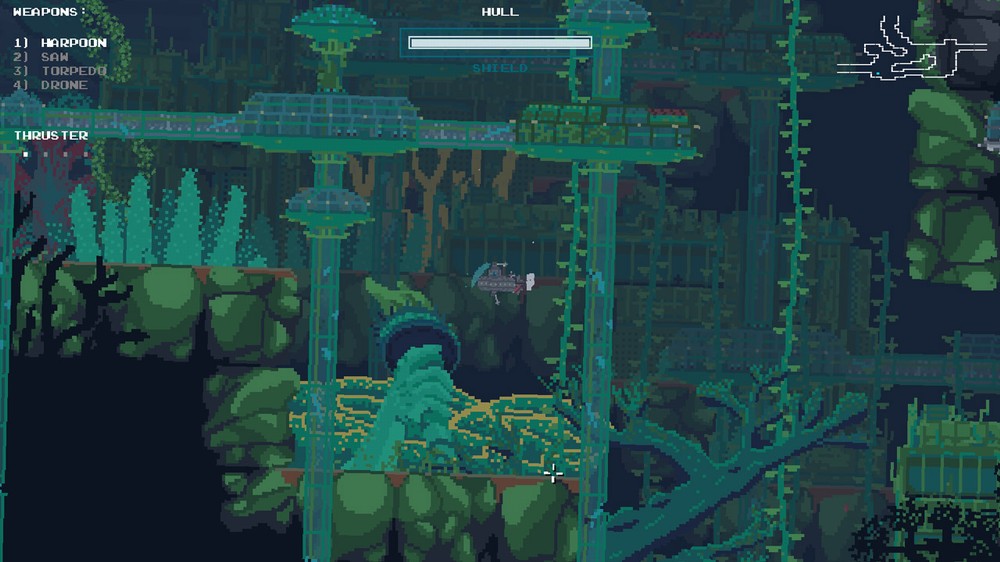 Last Human isn’t an especially lengthy game, but does a great job of boiling down the Metroidvania experience into a shorter runtime, with less mandatory runtime and a steady stream of upgrades and new abilities to keep you interested and feeling like you’re constantly progressing. There often isn’t much travel time between bosses, and though there is the option to explore areas off of the beaten path should you wish, there aren’t a ton of dead end pathways or corridors that don’t reward you with anything once you get to the end. The streamlining of this genre of game might not be for everyone, but it makes for a snappy pace and a feeling like you’re constantly being rewarded.

This isn’t a game for everyone, as it make no bones about its difficulty and doesn’t give the player much incentive to continue other than battling new bosses and the sense of pride that comes with completion. There’s no real narrative to pull you through, and though the environments are interesting, they’re also fairly repetitive and similar to each other. However, if you’re itching for a 2D metroidvania experience, The Aquatic Adventure of the Last Human is one of the better examples of the genre that I’ve had the pleasure of playing recently, even if it is a boiled-down version. It’s well worth a try, but make sure you bring your patience with you for the boss battles. 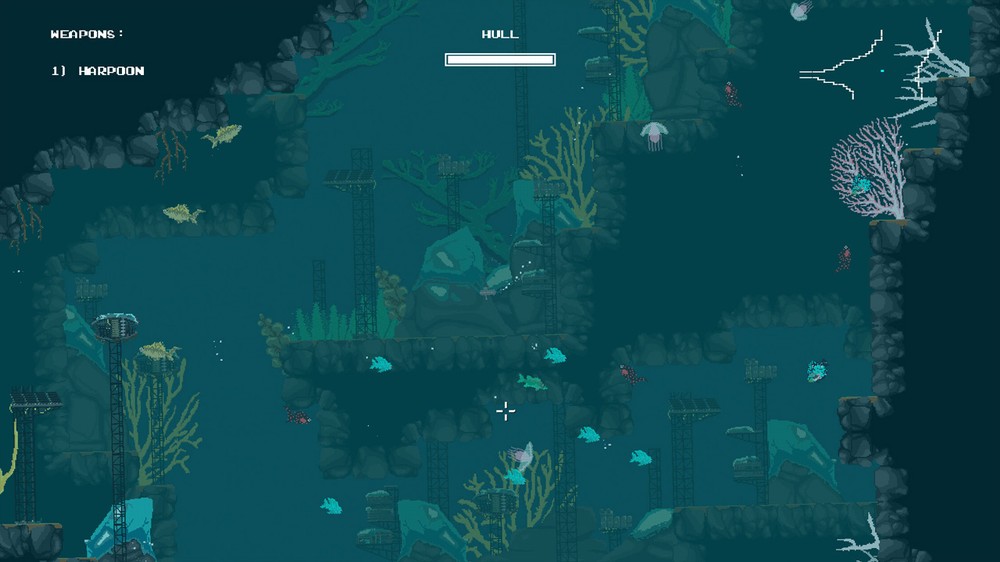 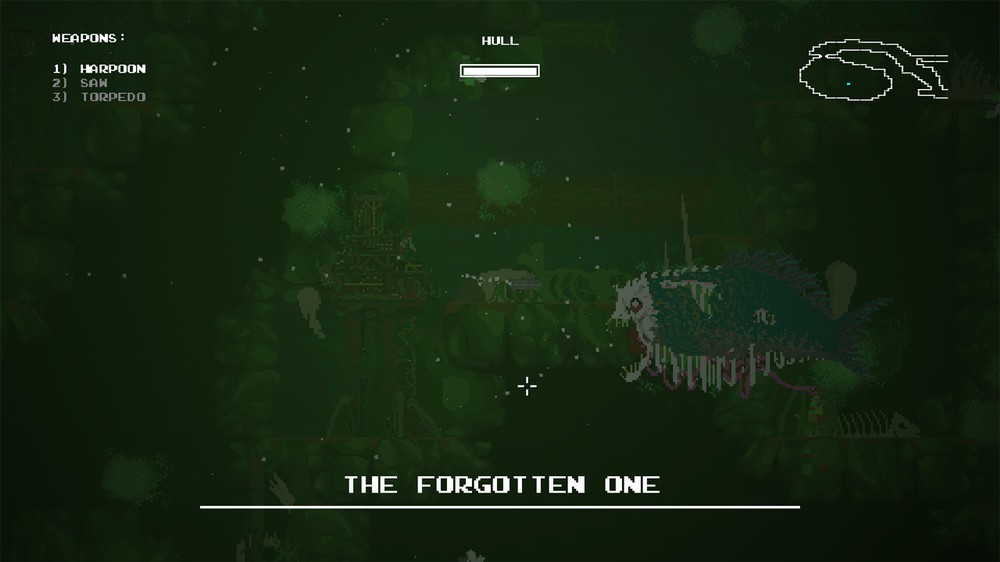 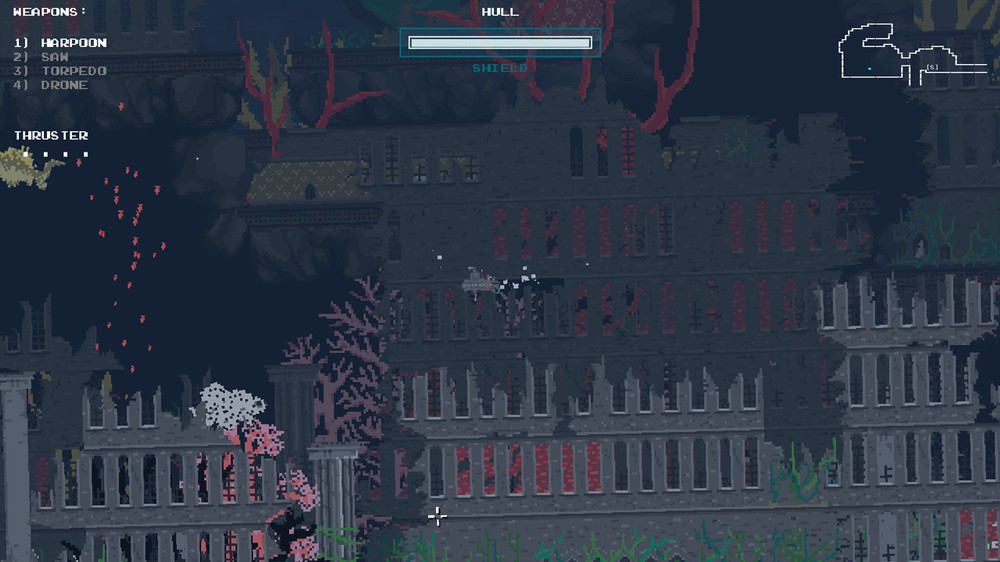 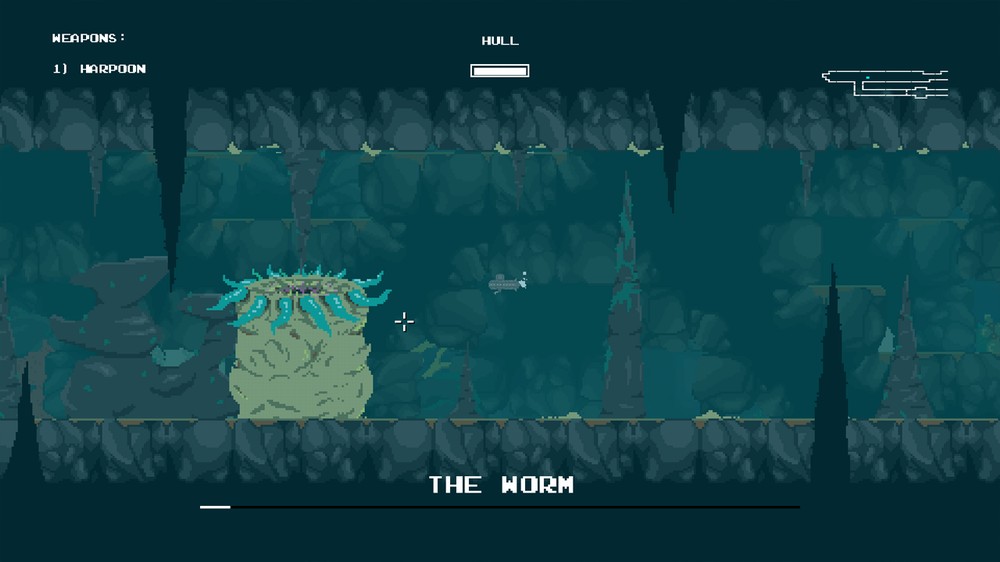