Excellent Spider-Man model and fluid animation for swinging and combat. Swinging through NYC can be exhilarating

Hero/Menace meter is worse concept ever included in a Spider-Man game, lack of compelling or cohesive story, mind-numbingly repetitive activities you are forced to replay by design

Skip the game and go see the movie again...in 3D

I’ve played and reviewed every Spider-Man game Activision has ever released.  Some have been good…some have been great, and some have been…well, some have been The Amazing Spider-Man 2.  Developer Beenox seems to have lost their way with this obviously rushed-to-market-to-coincide-with-movie-release-date video game tie-in, which is ironic for two reasons.  First, the best Spider-Man games in the franchise have always been the ones that have had nothing to do with the movies, and second; there is very little in this game to tie it to the film currently in theaters.

The new movie villains are Electro, and to a lesser extent, Green Goblin.  While those two characters do appear in the game they are simply thrust into the 14-chapter story as one-off encounters that have nothing to do with the already paper-thin plot.   Your main villains for the game are Kingpin and Carnage who both share nearly identical circular arena boss fights – ironically Kingpin’s mid-game fight is harder than the final battle with Carnage.  There are a few other minor boss encounters like Kraven and Black Cat, but they are of little challenge as well.

In fact, there is nothing really challenging about The Amazing Spider-Man 2 regardless of the difficulty setting.  If anything, the game is more annoying than challenging thanks to the new Menace/Hero meter that you are constantly at odds with.  Good versus evil alignment or karma meters are nothing new but this game approaches it with a new twist that saps the usual joy of city exploration from the game entirely.   Spider-Man can generate goodwill and boost his Heroic meter into the green by performing a limited set of heroic acts.  These include saving injured citizens and swinging them to the nearest med center, stopping a random crime like a mugging or a B&E, rescuing people from a burning building, disposing of bombs, or saving a hostage from a car during a high-speed police chase.  Sadly, that is the limit of your heroic options and while these opportunities are plentifully scattered about the city map, despite a few very slight tweaks to the sequence of events, they all play out identical. 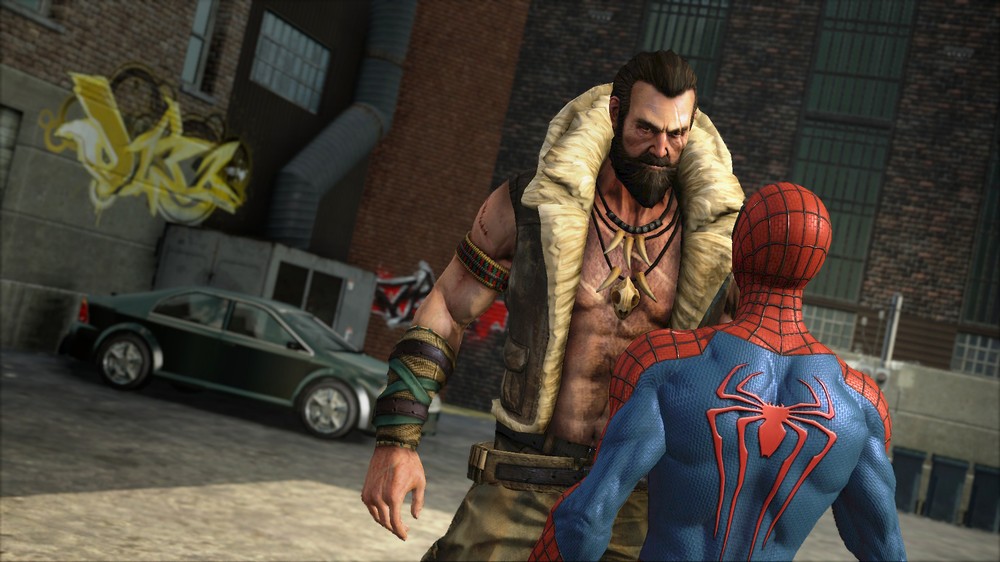 If you fail during any of these events your status will slide toward Menace, but even worse, if you simply ignore the events you will still become a Menace because you are always fighting a constant drain on your Hero meter.   As long as you are a hero Fisk’s special anti-crime task force ignores you, but once you dip into the red you will be hunted down by a variety of increasing deadly soldiers, drones, building-mounted turrets, and electric nets stretched between nearly every building in town.  This really drains the fun from the final half of the game as well as any post-story clean-up you want to do around the city like finding those 300 comic book pages, 30 Oscorp crates, 40 audio logs, or doing any of the remaining side missions like photo ops and races.

I ultimately decide that dealing with the nonstop threat of the task force was much easier than trying to keep my hero meter filled, since the natural drain of the meter is often faster than your ability to fill it back up, plus destroying a drone or turret only requires you to face it on screen and press RB for a one-hit kill.  I appreciate the inclusion of a public opinion meter and how it can influence gameplay but it shouldn’t penalize you for simply wanting to explore the city or even worse, doing the story missions.

The Amazing Spider-Man 2 boasts a few new features.  First, you get to play as Peter Parker on a few scripted sequences, but these moments are nothing special and it’s not like you can choose when to tuck your costume in your backpack.  You’ll visit Kraven for a Bugle interview and drop in on your friend Harry as well as attend a social event for Wilson Fisk.  These moments often include conversations with certain characters that use a 3-choice dialogue tree that has no purpose whatsoever other than allowing you to determine the order in which to ask the three questions.  The game could just as easily have played out these moments as pure cutscenes instead of giving you the illusion of choice. 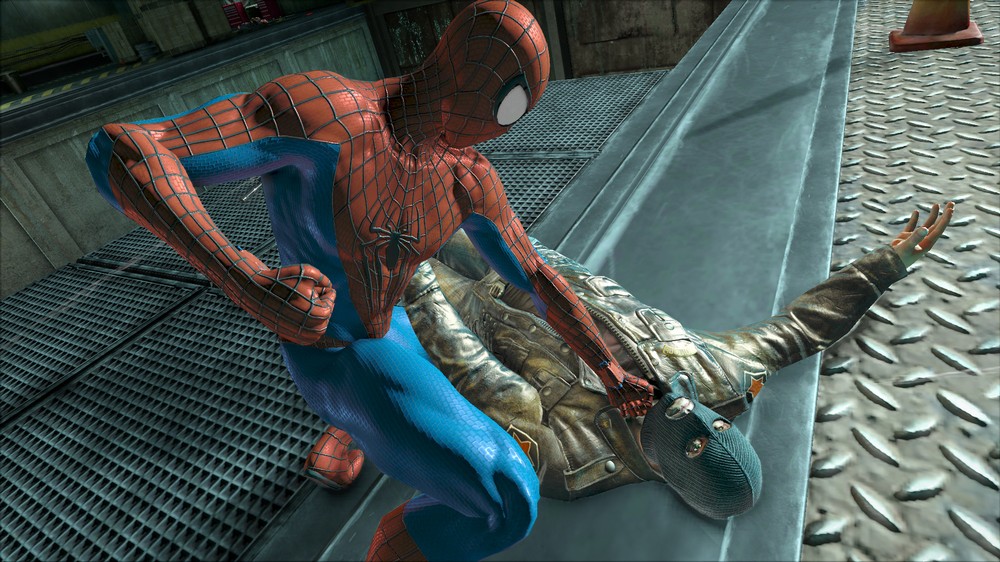 The core game consists of only 14 chapters that could easily be completed in 2-3 hours if it weren’t for the fact that you’ll need to grind some XP between missions to fuel your abilities and level up a variety of Spider-Man suits, which ultimately turns the game into an 8-10 hour affair.   There are several new Spider-Man costumes to be unlocked by sneaking into Russian hideouts and making your way to a data terminal without alerting the guards.  These stealth missions are some of the more enjoyable moments of the game as you get to use your Spidey sense, rappel, and takedown moves for optimal effect, but only until you spot the easily identifiable pattern of the guards and the obvious linear sequence to take them down.

Suits are individually leveled-up by earning XP while wearing them.  The higher the level the more health and combat bonuses you get when you are in heroic mode.  Costumes are stored in your closet and you can always catch the Metro rail to return home where you can change clothes and even replay previous story missions in case you missed one of Jameson’s photo-ops.  You can also visit the local comic book store managed by none other than Stan Lee.  His store allows you to view all your collectibles as well as play a video game that offers up a dozen combat challenges.

While Beenox has created a visually compelling New York City the Big Apple just feels dead.  Instead of a thriving city the map feels like an open world menu system that is forcing me to swing around only to trigger than next repetitive Hero event or seek out sparkles on my mini-map so I can collect that next comic book page or smash a crate.   Even the photo investigations are laughably repetitive and consist of you snapping 30 pics of one of three things; a police crime scene, a laptop sitting on the hood of a parked police car, or two suspicious men in black who may be in front of a door, standing in Central Park, or perched on a rooftop for no reason other than your photo op. 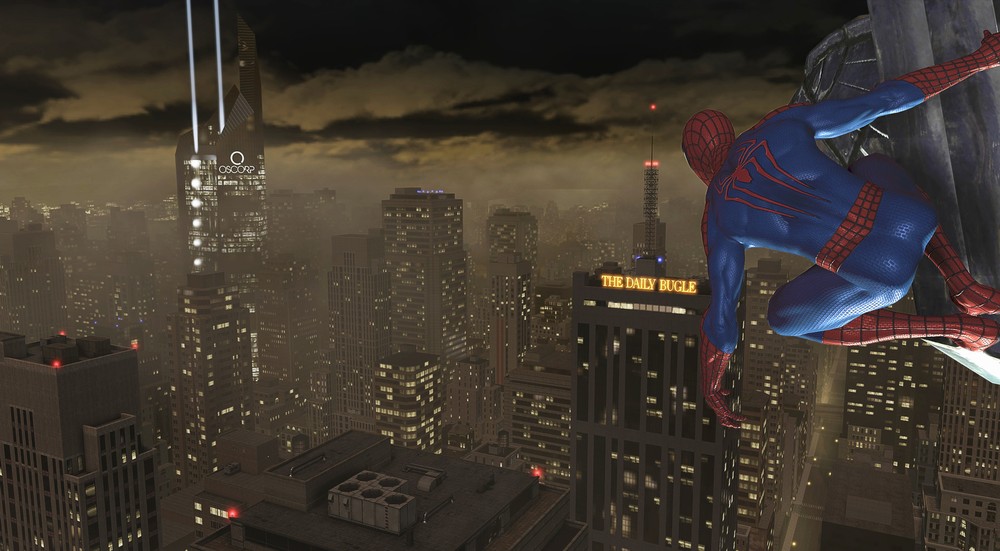 The Amazing Spider-Man 2 is basically a big activity play set with a bunch of “stuff” to do and no compelling reason to do it.  The story is all over the place and even when it’s over you’re likely to say, “Huh?”  And just like the movie, they even do a post-credit tease for a sequel.  There were early moments in the game when the oppressive task force wasn’t harassing me 24/7 that I was able to enjoy the exhilaration of swinging around the city, and the combat was mostly enjoyable even if this is just a poor-man’s version of the Arkham fight engine.  As long as you are mashing that Y button you are mostly indestructible, and if you can find a few seconds to apply some Spidey bandages you have infinite healing – even in boss fights.

I opted to review this on PC assuming it would be the superior format, but this is far from next-gen quality and I sympathize with anyone who paid $20 more to get this on PS4 or XB1.   Even with all settings maxed the city is lifeless and repetitive.  Sure, there are the signature buildings and landmarks, but it all turns into a boring maze of streets and alleys when you are forced to swing around at street level due to task force nets stretched between buildings.  Near the end I avoided swinging and was just web-rushing from one hot-spot to the next.  The best looking thing about the game is Spidey himself and not just his eclectic wardrobe but his combat animations that are smooth, fluid, and a pure joy to watch.  The audio is a mix of great music that I ended up turning off so I could hear the hum of comic book pages, and some convincing sound effects for combat and sticky web-related sounds.  The voice acting was surprisingly good across the board although those repetitive news reports from Whitney Chang after EVERY SINGLE hero activity had me mashing the skip button.

The Amazing Spider-Man 2 is far from amazing and barely even a Spider-Man game since the whole hero/menace system and overbearing task force saps any and all joy of swinging through the New York City skyline right out of the game.  You may be tempted to fight the oppressive system of public opinion, but doing any more than the required amount of hero activities to earn the achievements is futile at best.  The only thing more difficult than forcing myself to finish this game was forcing myself to find an ounce of enjoyment doing so, and while I have always enjoyed the post-game exploration and completing every last quest and collectible, I have no desire to ever return to the Big Apple as long as Fisk, his task force, and anti-Spidey propaganda prevail.

You win Jameson.  I’m heading to Hawaii.   But what will I swing from? 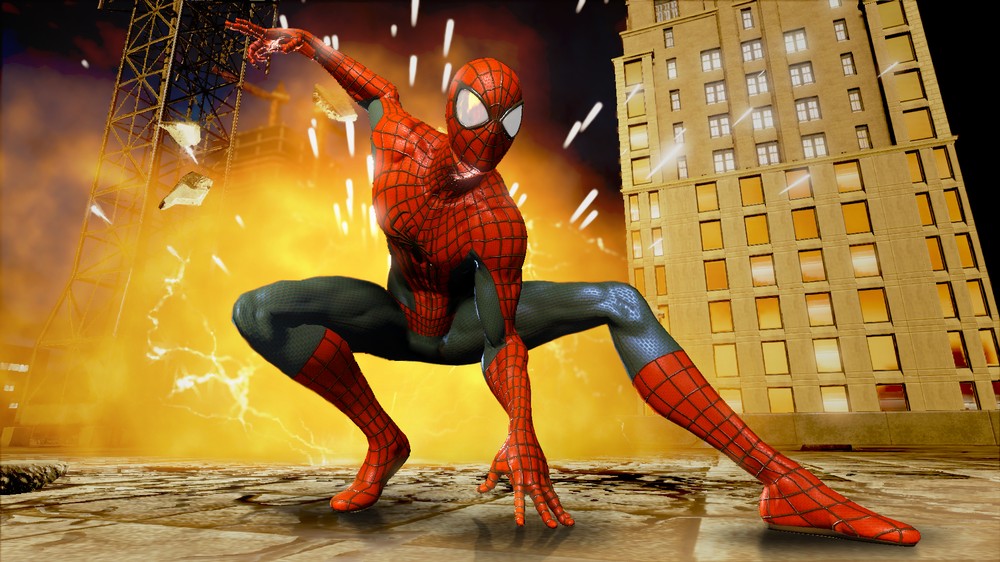 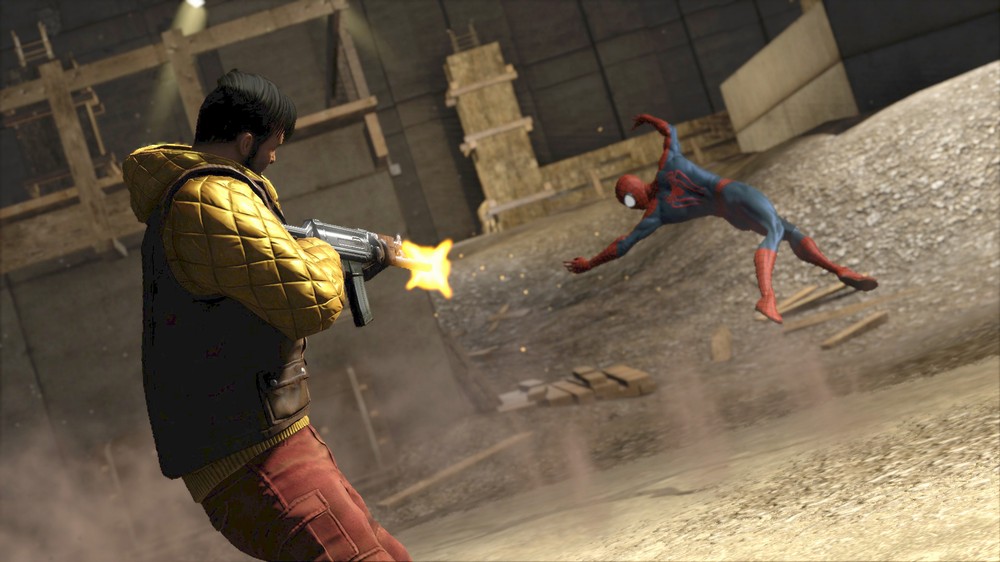 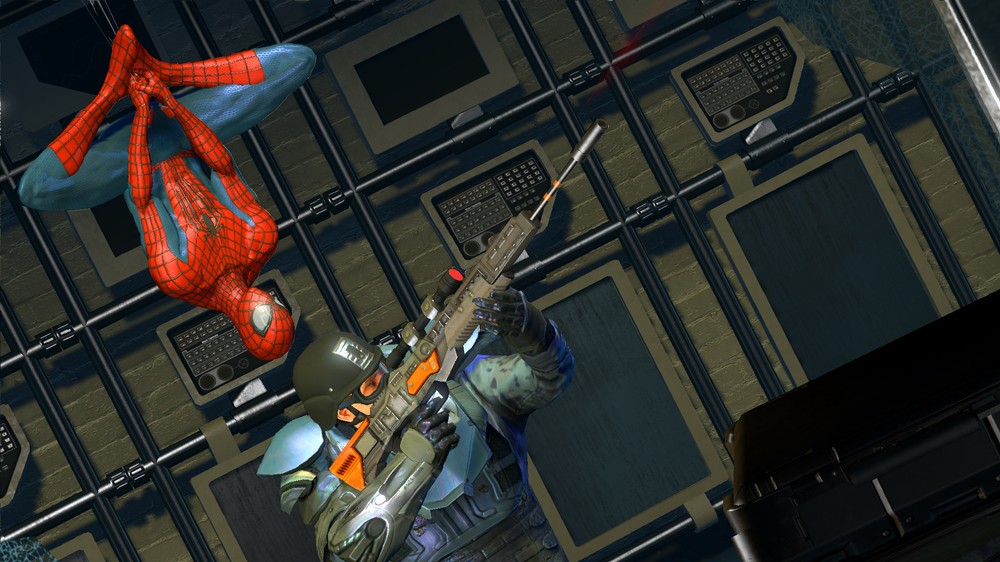 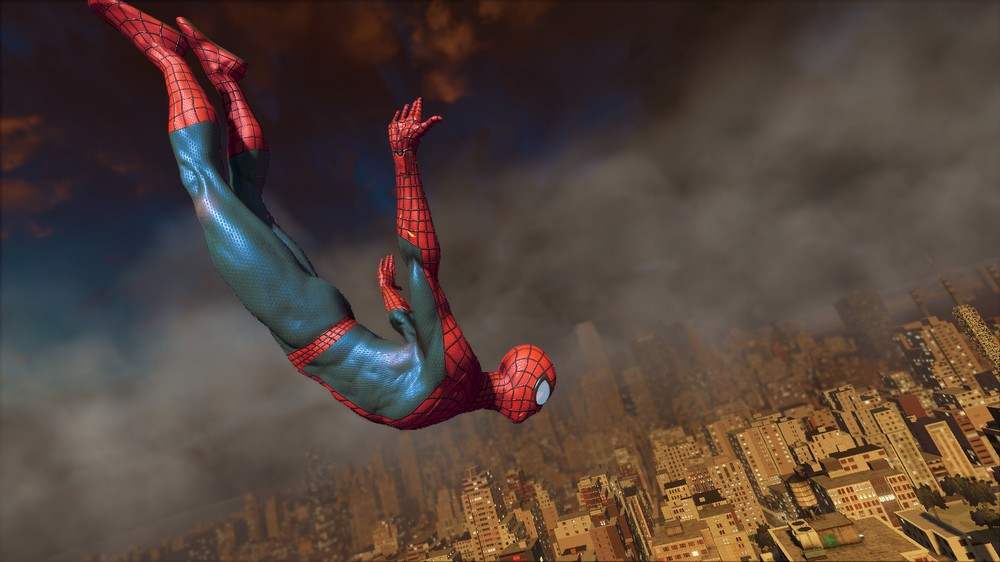 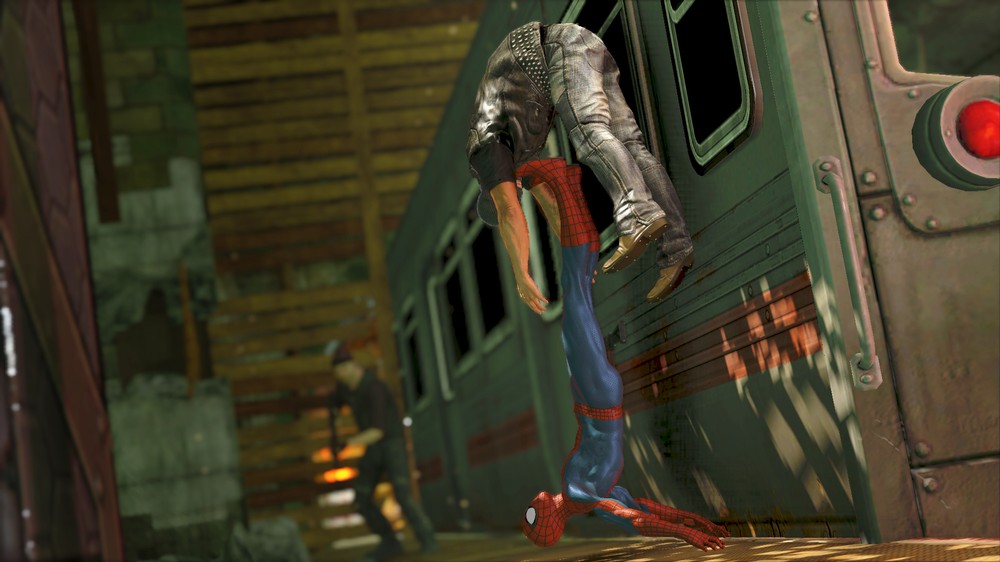 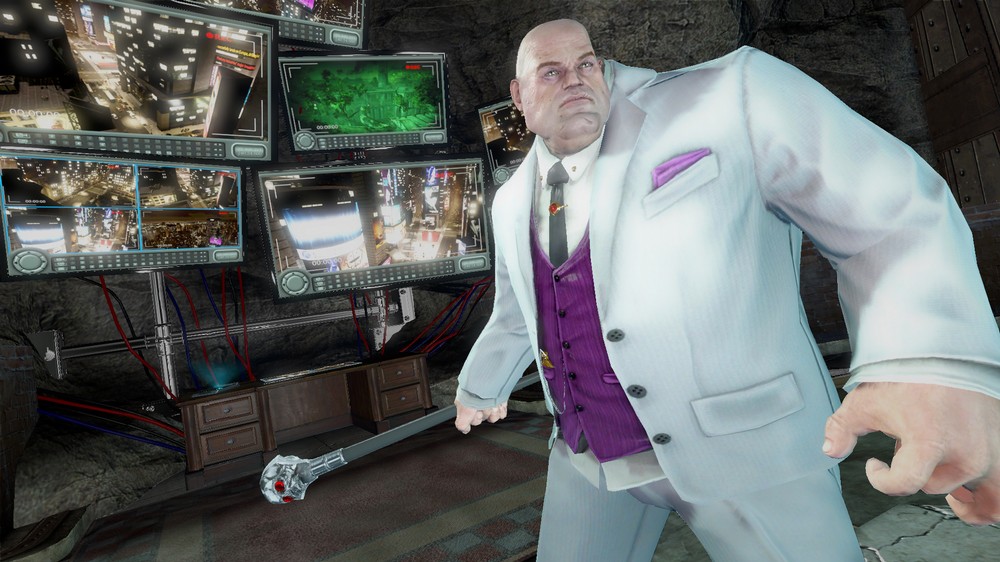 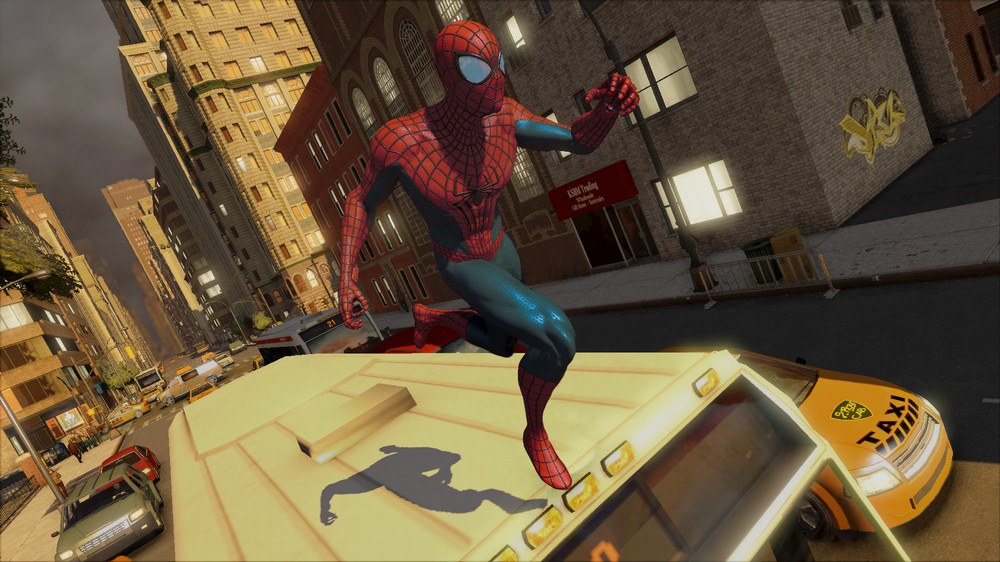 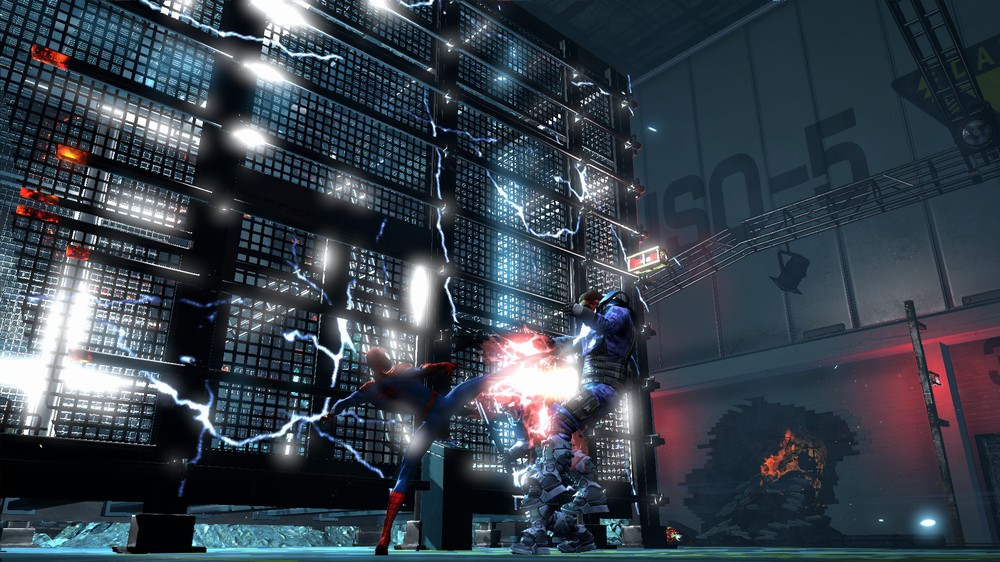 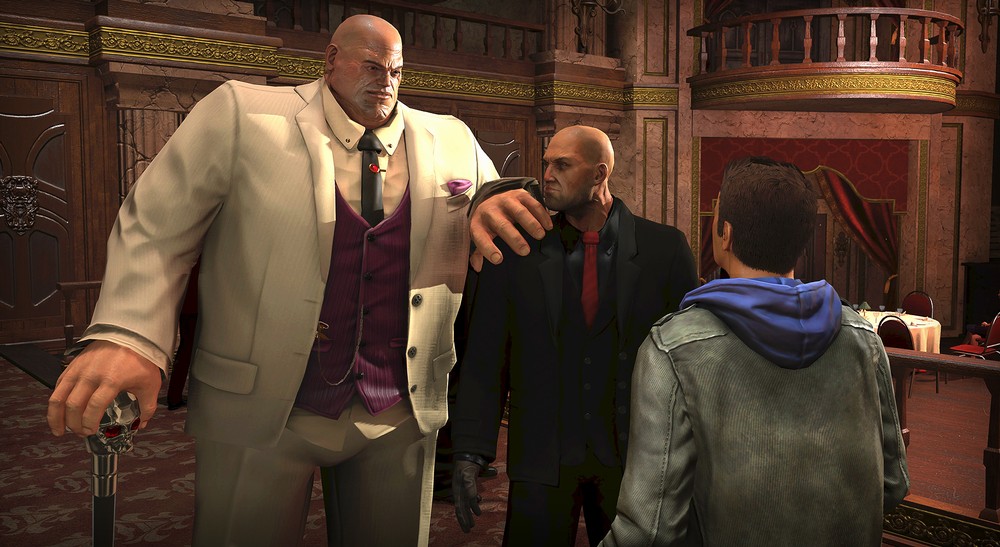 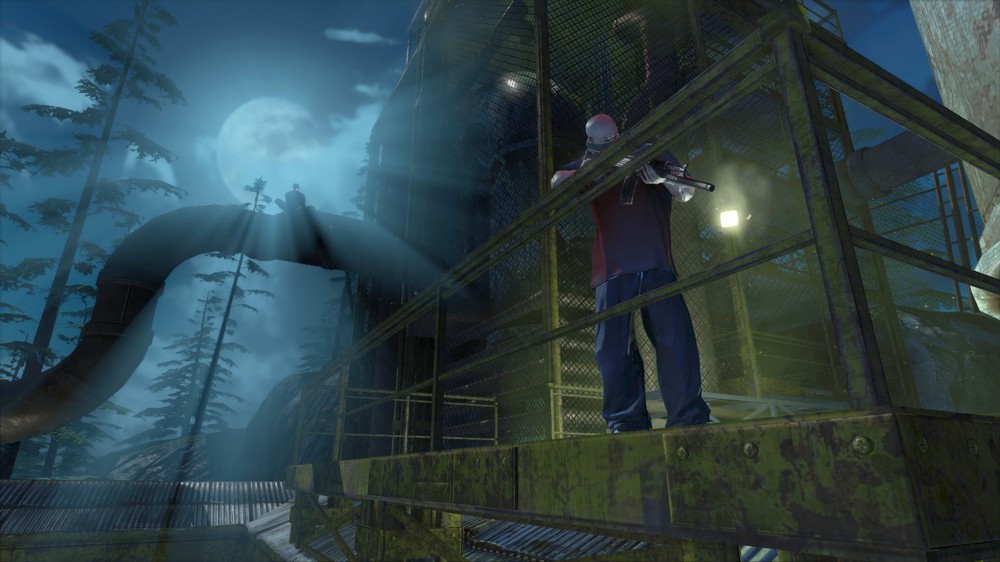 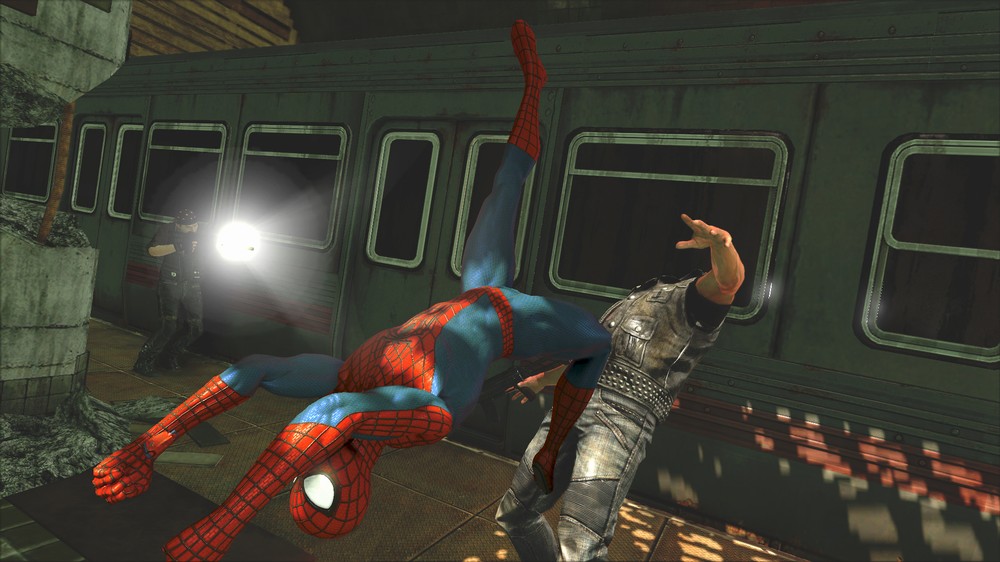 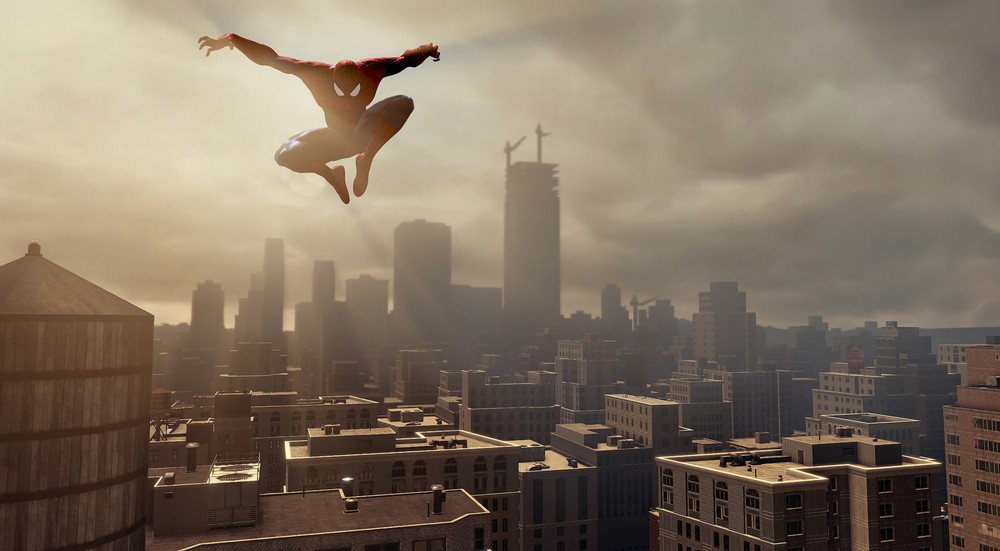 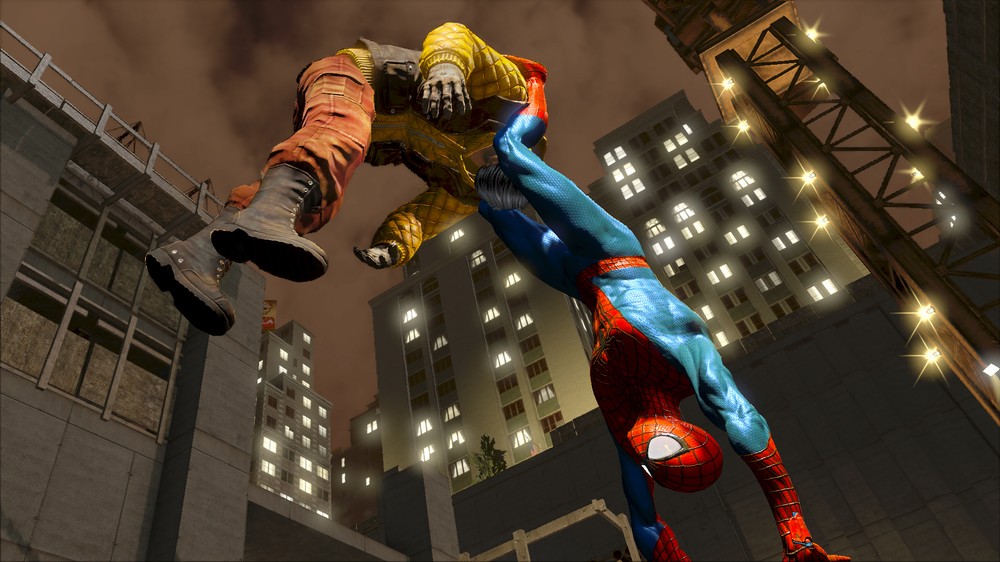