Thrilling and engaging.
Tense game play moments.
Always leaves the hard choices in the hands of the player.

Tharsis isn't only a great game, but one you didn't even know you've been waiting for.

Tharsis is many things, but easy to pick up and play isn’t one of them. There’s a steep learning curve to the game that ultimately results in a high barrier to entry. If you can make it past the initial opening and ensuing 2-3 hours, however, the game’s mechanics start opening up and seep into your brain. From there on, you realize that Tharsis isn’t only a great game, but one you didn’t even know you’ve been waiting for.

Tabletop experiences can be a difficult thing to duplicate in the video game medium. Tharsis mostly pulls this off, but not without a few bumps along the way. It’s a board game that revolves around a damned mission to mars- your job is to somehow ensure that the crew (at least a good percentage of them, at least) makes it there alive in order to complete their mission. Along the way, you’ll face such complications as your ship constantly being on fire and exploding, death, and cannibalism. 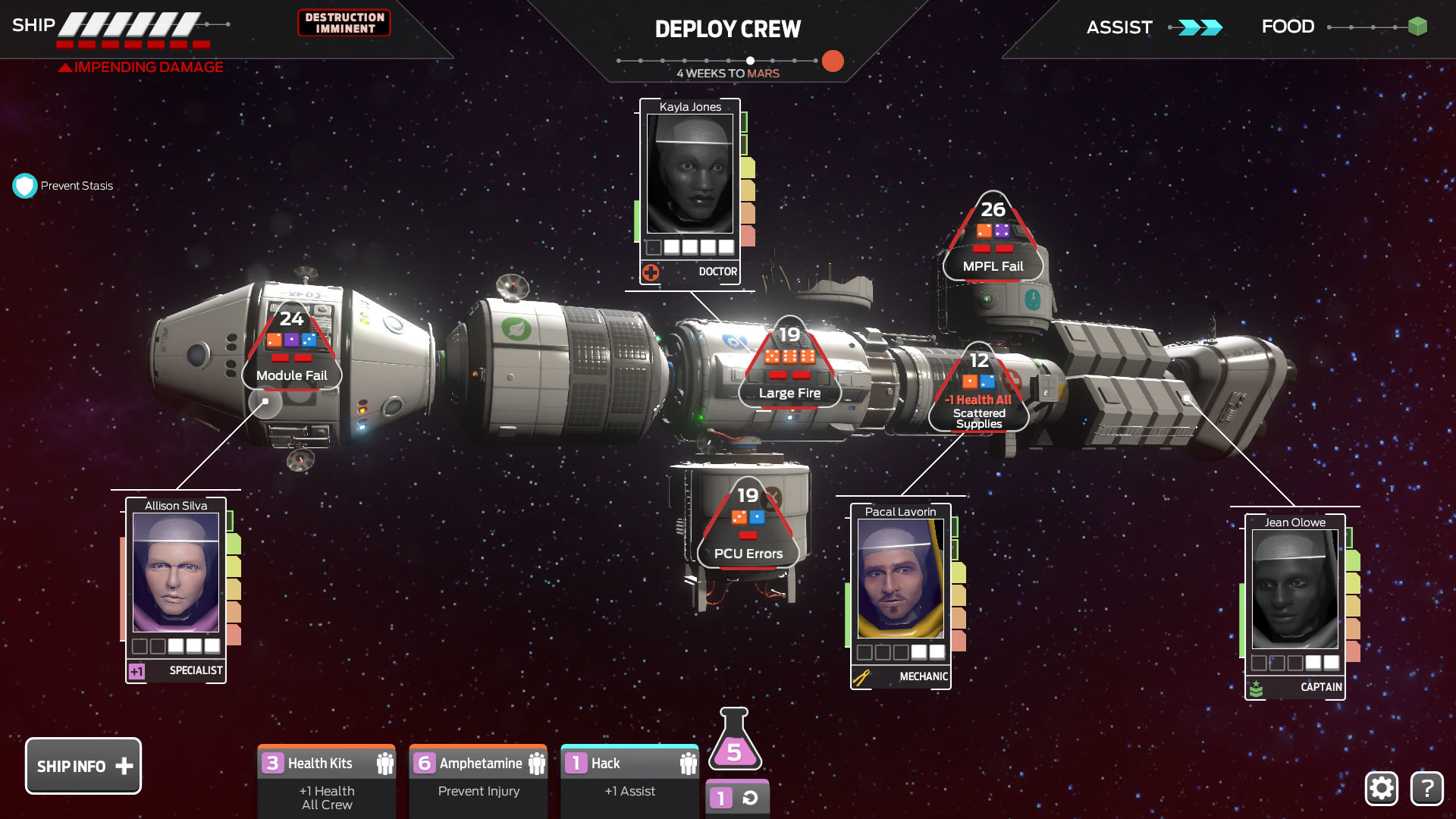 All of these factors are navigated by the player via dice rolls, stats, and boosts/penalties. The amount of dice you have to work with per character is decided by how healthy they are, and more dice means a higher chance of a single character being able to handle a problem on their own. This leaves the rest of the crew to deal with other issues (and trust me- there will be other issues). It’s a lot to take in, and what’s important to realize is that most of the game comes down to juggling resources/characters and risk/reward gambling.

Tharsis is at it’s best when presenting you with seemingly-insurmountable odds, and you surviving to the next turn by the skin of your teeth. The act of rolling the dice can be harrowing, and waiting for that final number to appear often means the difference between life and death. On top of the game play, there’s also segments between rounds where you’re left to make difficult decisions that the crew are split on; do something terrible that benefits them in the long-term, or keep them happy for now at the price of possible failure down the road? These are the dilemmas you’re forced to deal with on a turn-by-turn basis. It can make for a surprisingly compelling tabletop experience. 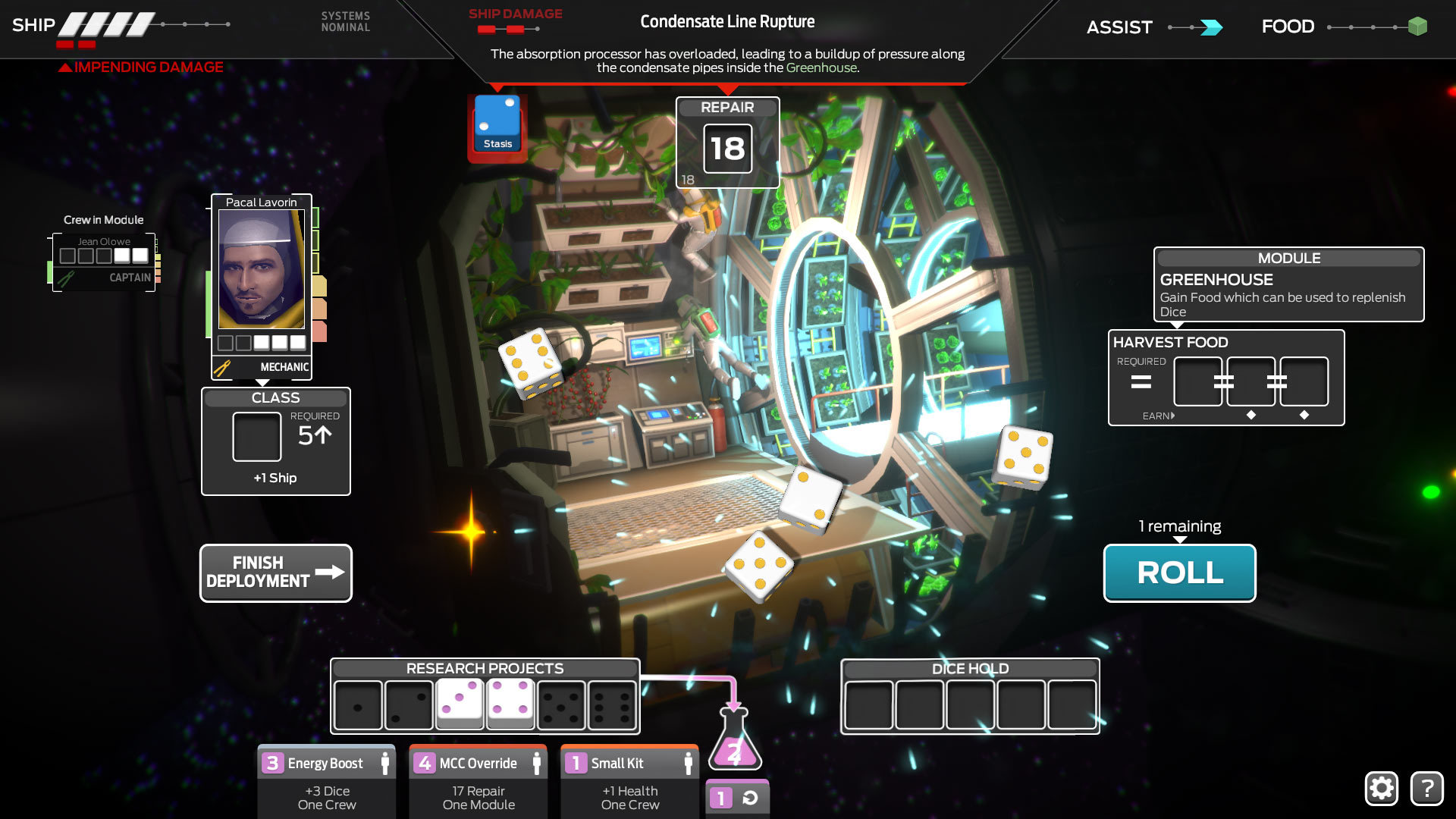 There are some negatives that come with playing Tharsis, however, and they’re issues you’ll mostly be presented with up front at the start of the game. To start with, while the tutorial is extensive, and can be referenced at any time, diving in can still take more than a little effort and comprehension on the part of the player. The high level of cause and effect isn’t something that’s clearly presented, and memorizing the various UI markers takes time. Also, when presented with crew choices, even though the results of each choice are listed underneath, the player is often left to intuit just how good or bad the outcome of their choice will be. Like I said, it’s a lot to take in, and it takes a good couple of games before you start to feel like you have a handle on just the basic mechanics.

Ultimately, the good far outweighs the bad with Tharsis. If you’re the type that’s really into board games-as-video games, you’ll be hard pressed to find a better recent release. When you know what you’re doing, and Tharsis is firing on all cylinders, there’s few experiences like it. So go on, get your butt to mars… and try not to eat any of your crew along the way. 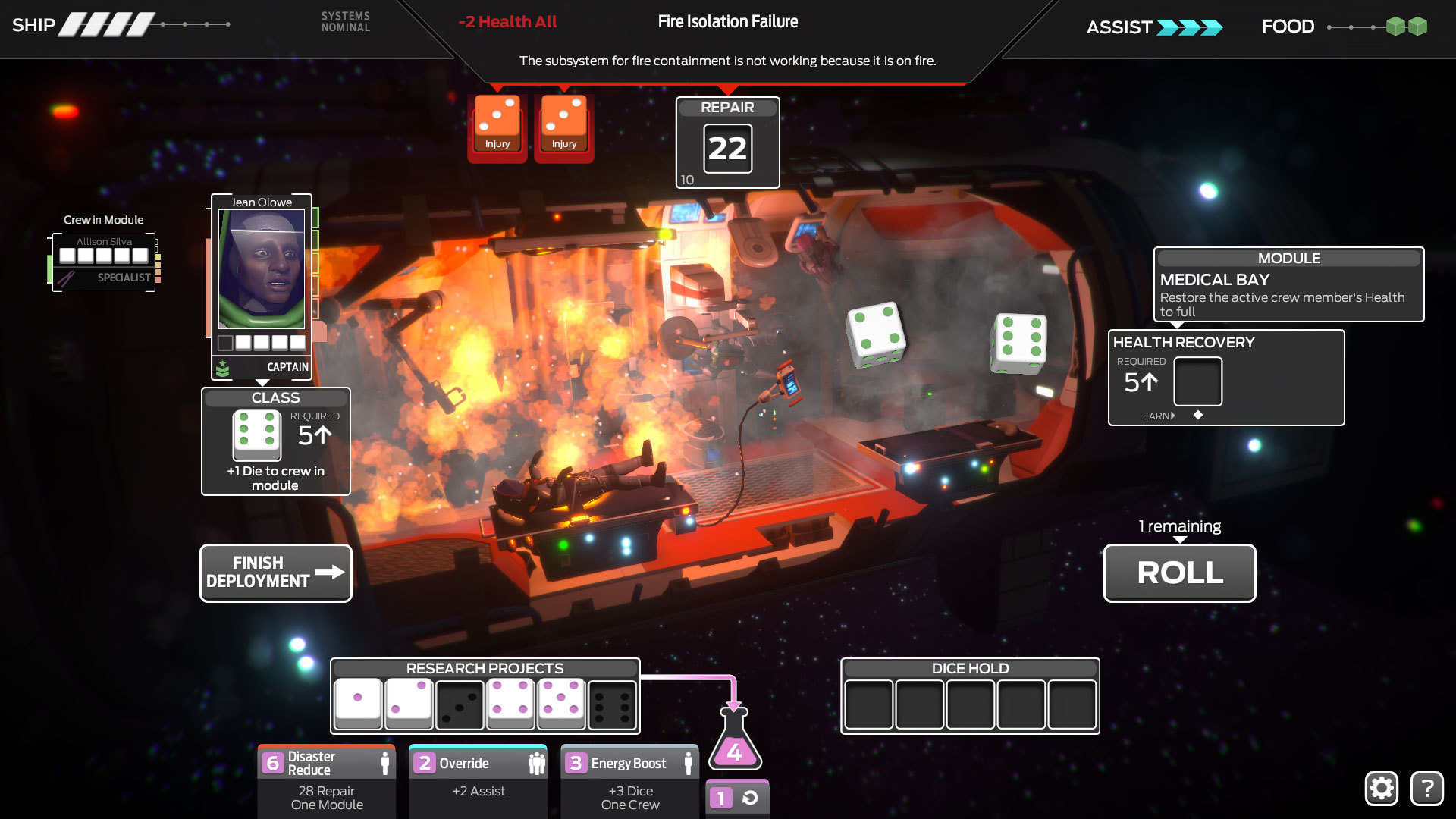 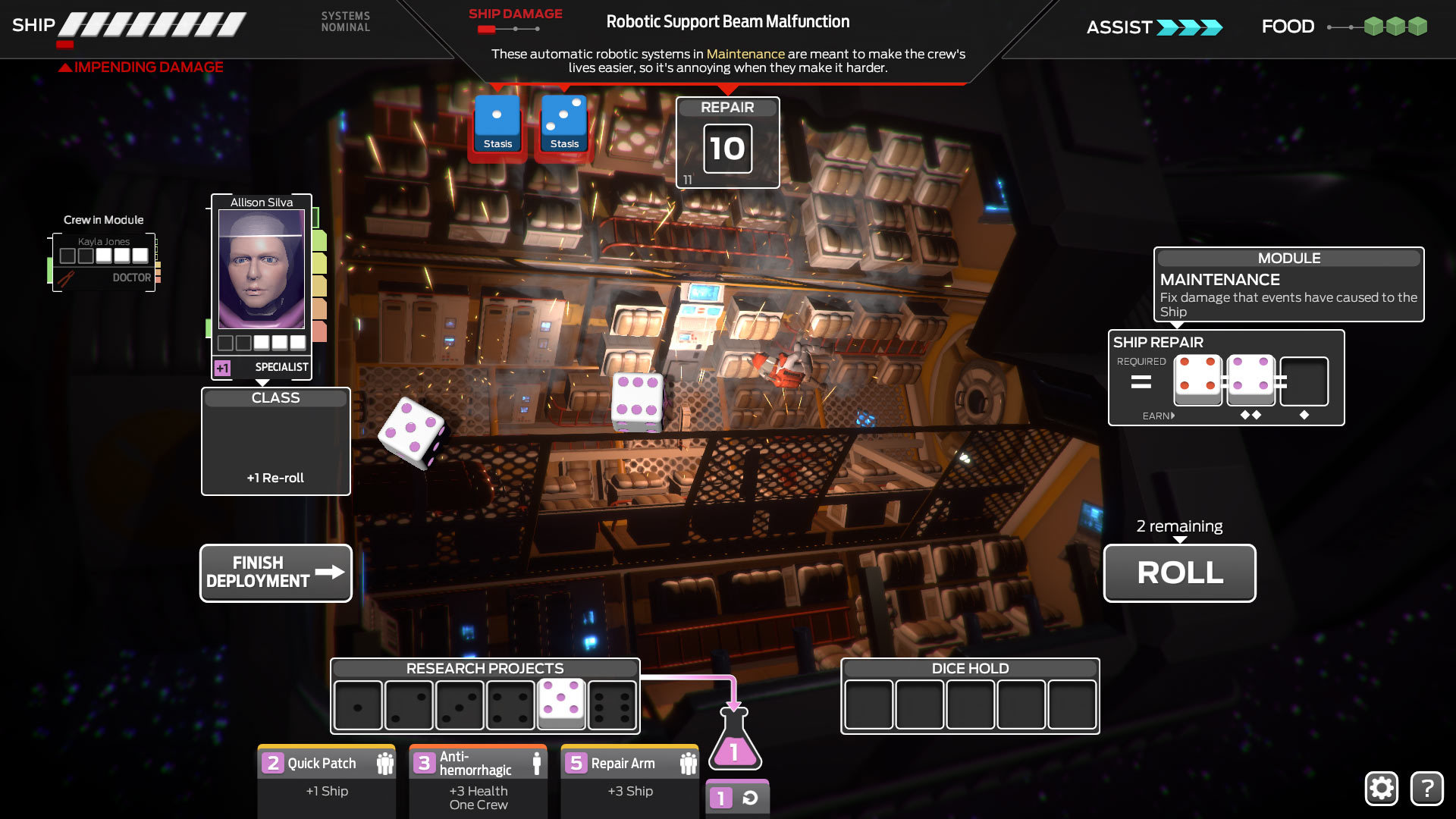 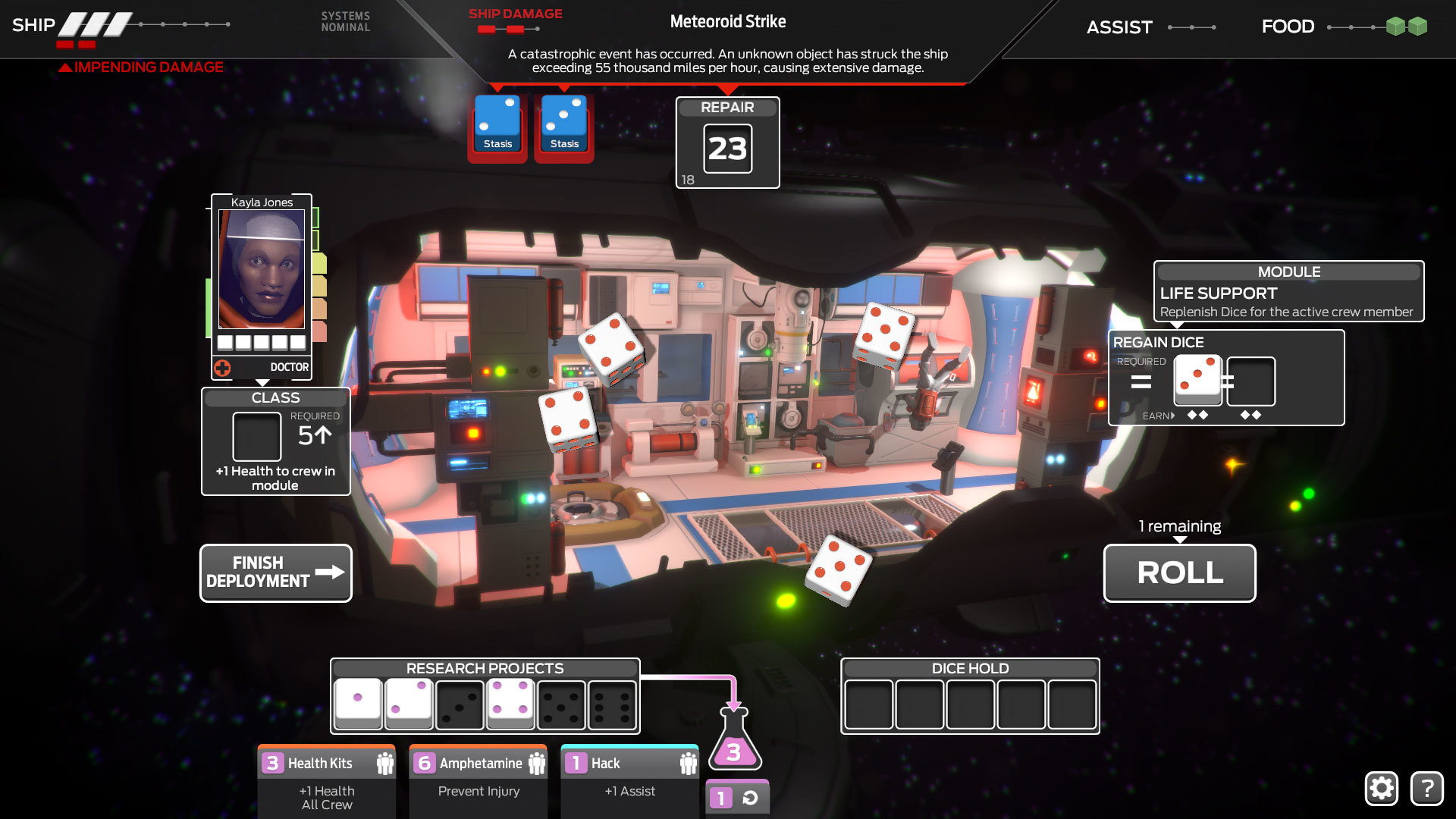 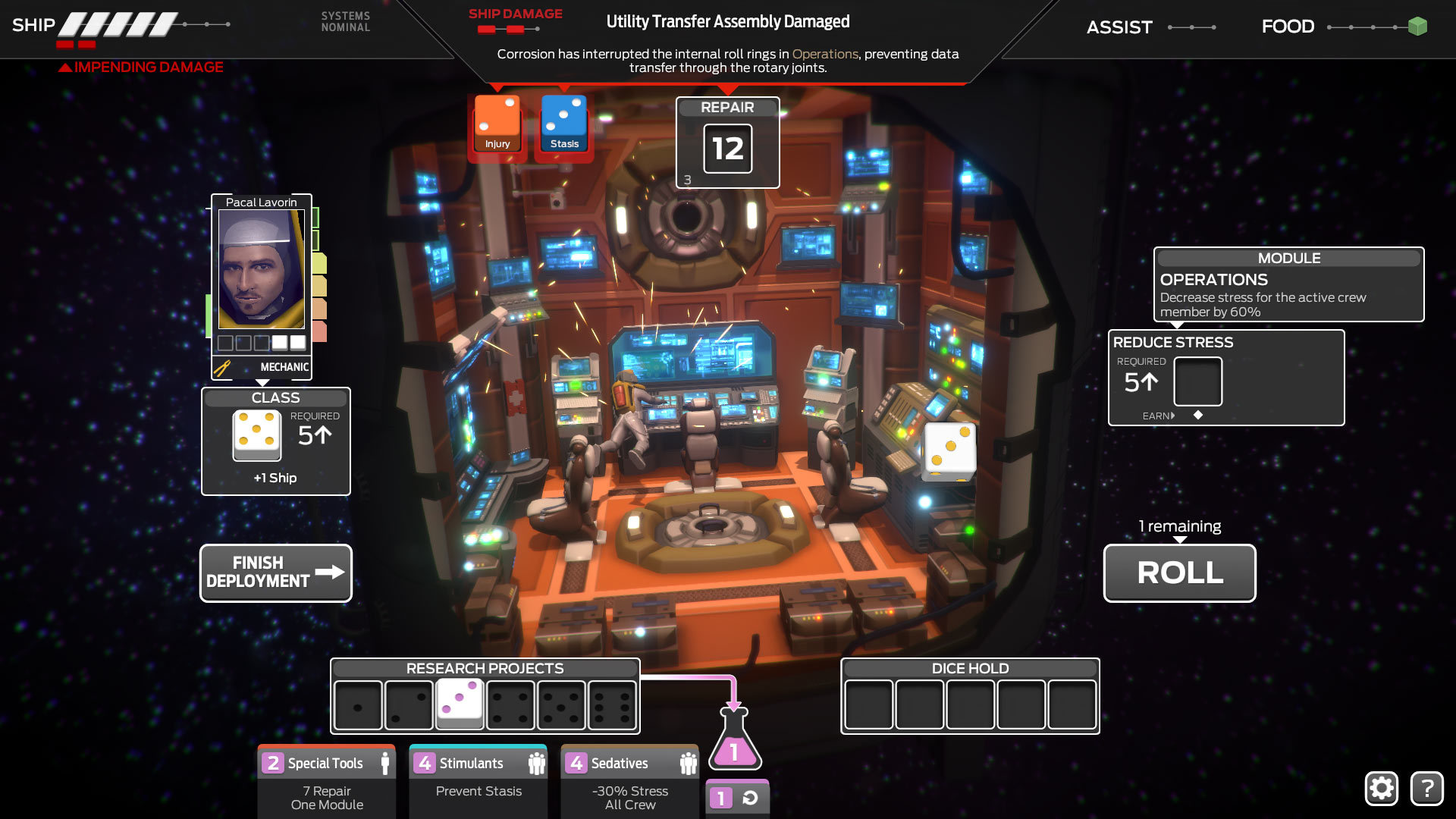 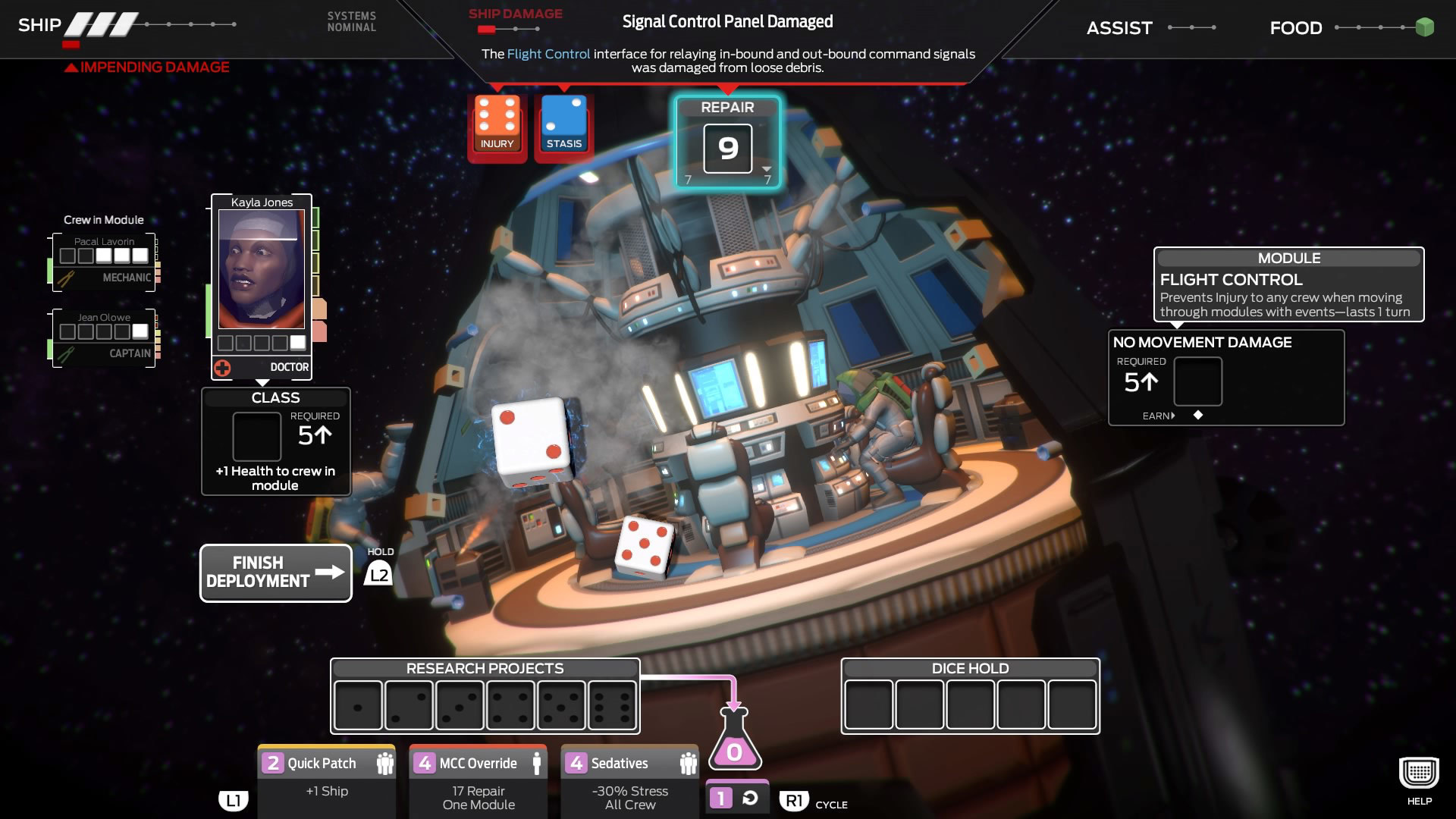 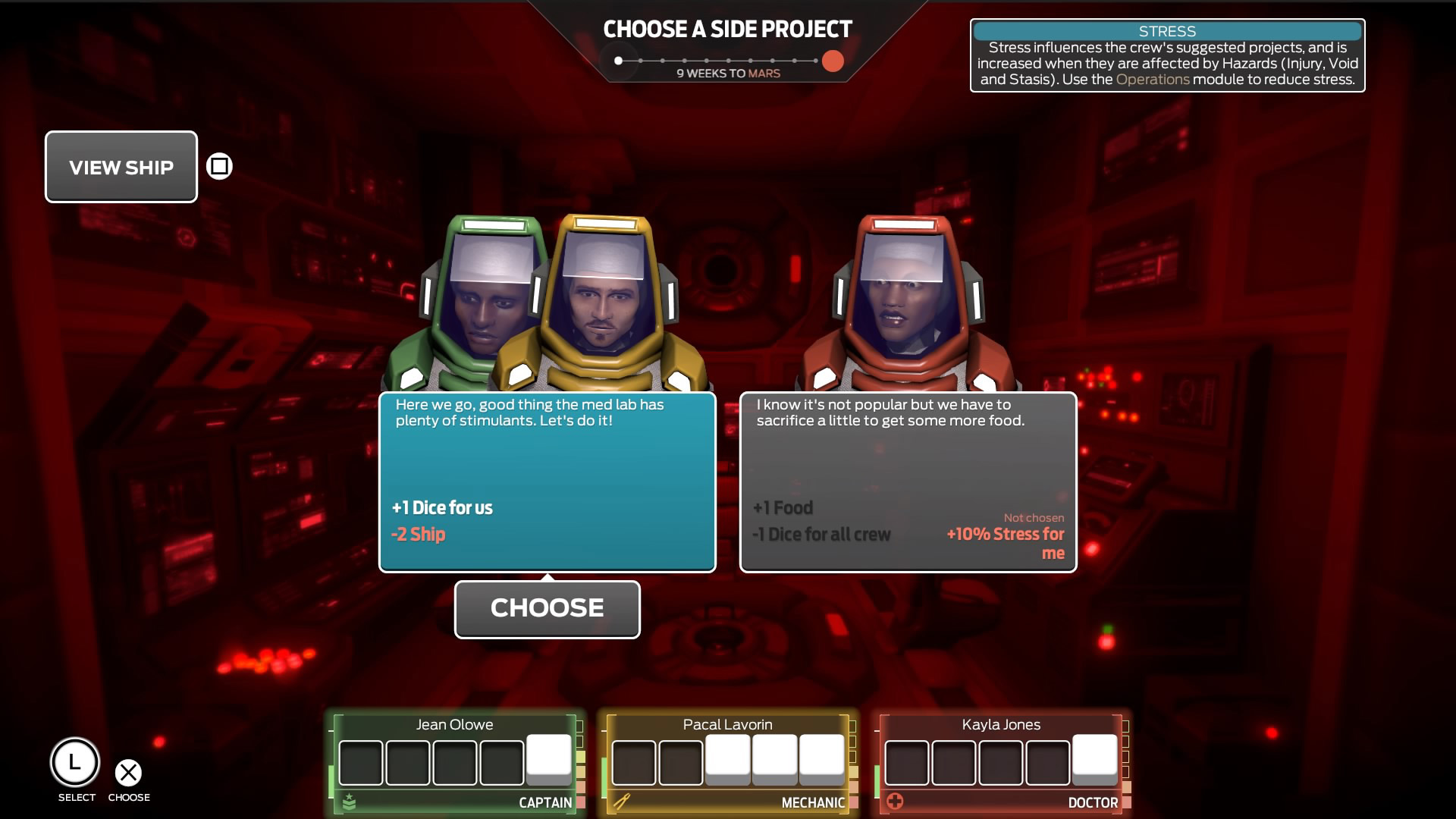 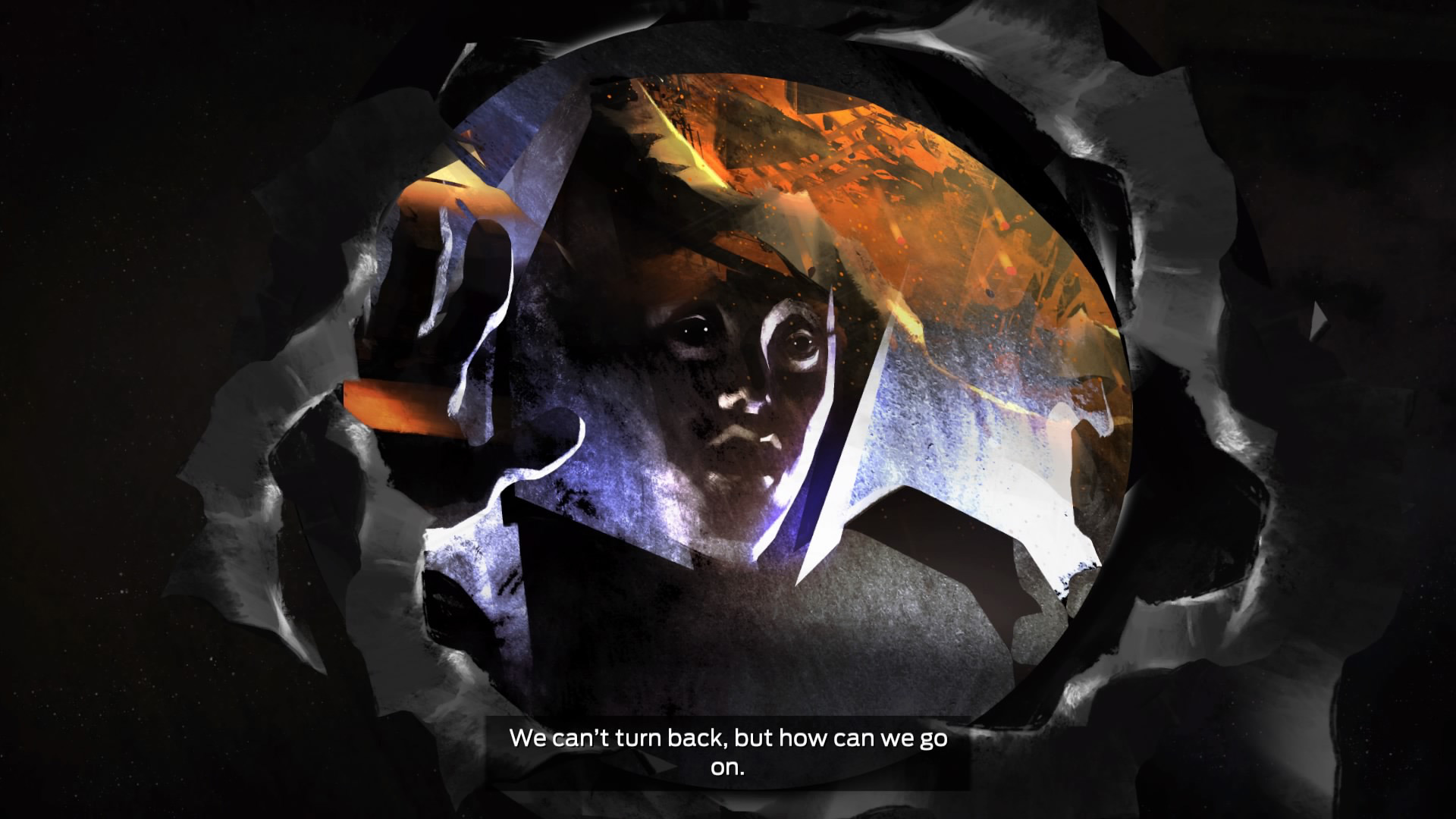