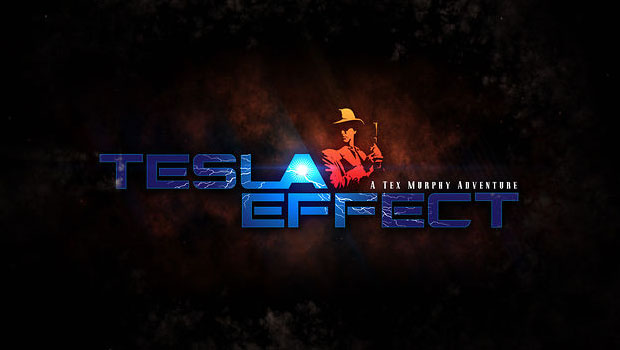 A great family reunion for fans of the franchise.

I’ve been waiting nearly 16 years for another Tex Murphy adventure and thanks to more than 7,000 generous Kickstarter backers; Tex has been resurrected for at least one more great adventure.  A lot has changed since we last saw Tex, both in the game world and especially when it comes to the tech used to create this unique brand of FMV gaming.    You’ll get to see just how far this tech has advanced as the game offers numerous flashbacks to scenes from previous Tex Murphy games, going back as far as the original Mean Streets.  These nostalgic flashbacks provide a stark contrast to the stunning 2K video being used to generate the new live action cutscenes in Tesla Effect.  Sadly, these hi-res video moments also provides a more shocking contrast when running side-by-side with the actual live gameplay portions of the game that feature a 3D engine so primitive and unattractive you almost want to rush through  the exploration and puzzle-solving just to get to the next conversation or cutscene.

As far as Tex is concerned, this new story picks up the very day after the shocking events from the end of 1998’s Overseer game when in reality, seven years have passed.  Tex has become the victim of a memory wipe, so when the game starts Tex is just as curious about the missing events in his life as we are which makes for a great empathic relation with the main character.   While amnesia may be the most clichéd plot device in dramatic history, it really puts the player on the same page as Tex.  Characters he should know (like his girlfriend), are a complete stranger to him (and us), which makes your journey through the conversation tree that much more rewarding. 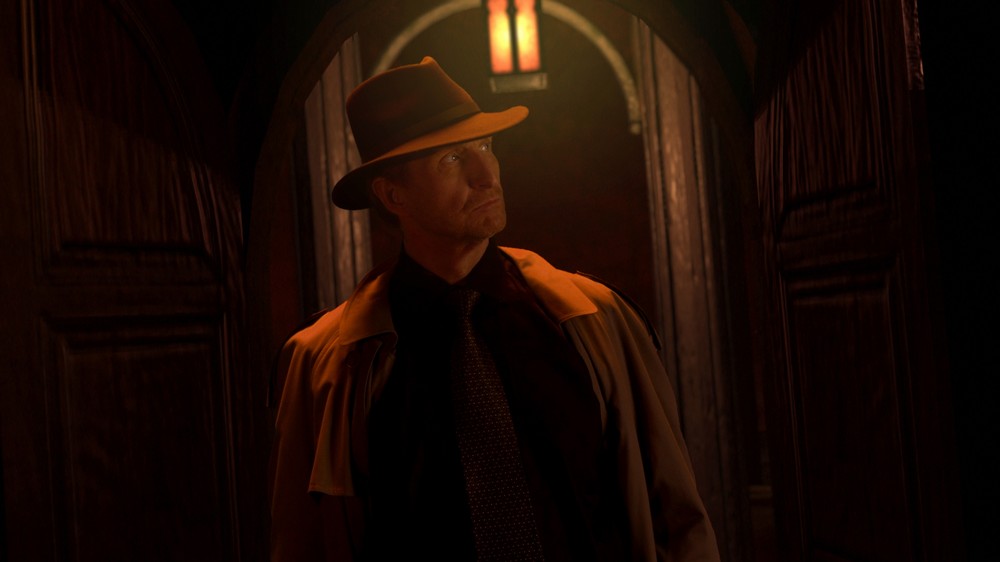 As you explore the neighborhood you’ll meet new characters and old favorites from the past.  These encounters are presented as high-quality videos with the traditional conversation trees that offer up all sorts of classic Tex Murphy wisecracks.   After numerous conversations and thorough examination of all the available areas Tex slowly realizes he’s not the same man from seven years ago; at least in the eyes of others, but due to his memory wipe we get to join him as the same bumbling gumshoe we all know and love.  Yet there is this persistent sense of dread that if Tex does get his memory back we might not like the man he’s become.

The game world is iconic, mixing in old school architecture from the past with shiny new 2050 skylines and futuristic tech like flying cars and PDA’s that talk back (in the voice of Kevin Murphy, Tom Servo MST3K).  The game plays out in a series of linear events that force you to uncover enough clues to unlock the next area of progress allowing you to travel to a new location and do it all over again.  The game is loaded with puzzles; some easy like finding object A to put in slot B, while others will require extreme brain power and maybe one or two hints from the clever built-in hint system.   It’s evident the designers wanted you to enjoy yourself and the story rather than curse some arbitrary logic puzzle that may stump your progress. 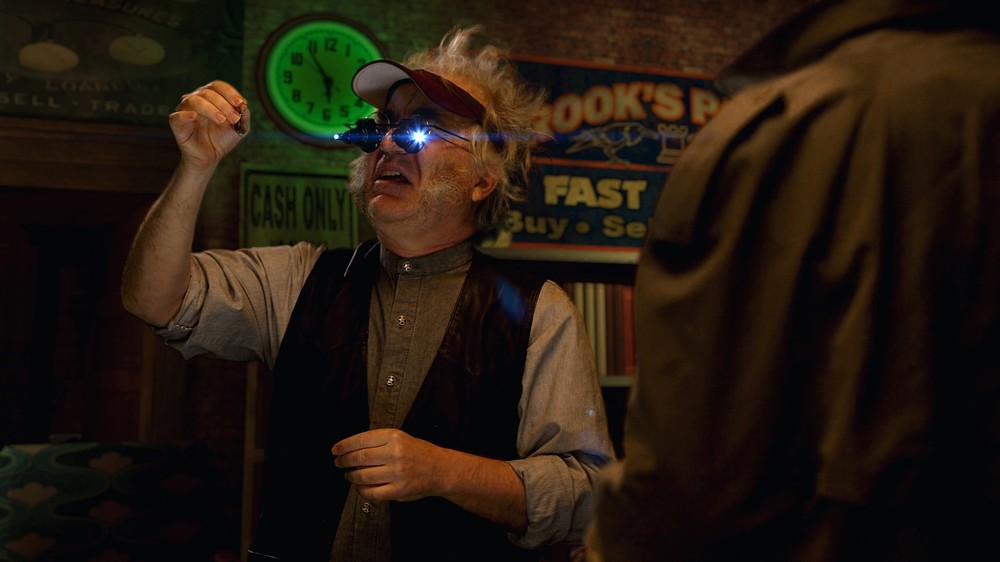 Tesla Effect is conversation-heavy, so you will want to talk to everyone then go back and talk to everyone again since topics revealed in one encounter will often unlock fresh topics for another character’s conversation tree.  These topics as well as other pertinent clues and info are all nicely presented and checked off in your Smart Alex PDA that serves as the main interface for the game.

Technically, the 3D free-roaming portions of the game are as dated as the franchise itself.   You control a disembodied camera that floats around the environment that is there only to serve as a menu of countless interactive hotspots that will trigger an amusing quip or possibly a video clip.  Seriously – anything and everything you can touch in this game triggers some sort of response.   The graphics quality improves dramatically when you are treated to transitional cutscenes and character interactions that feature stunning 2K video set against rendered backgrounds using classic green screen technology. 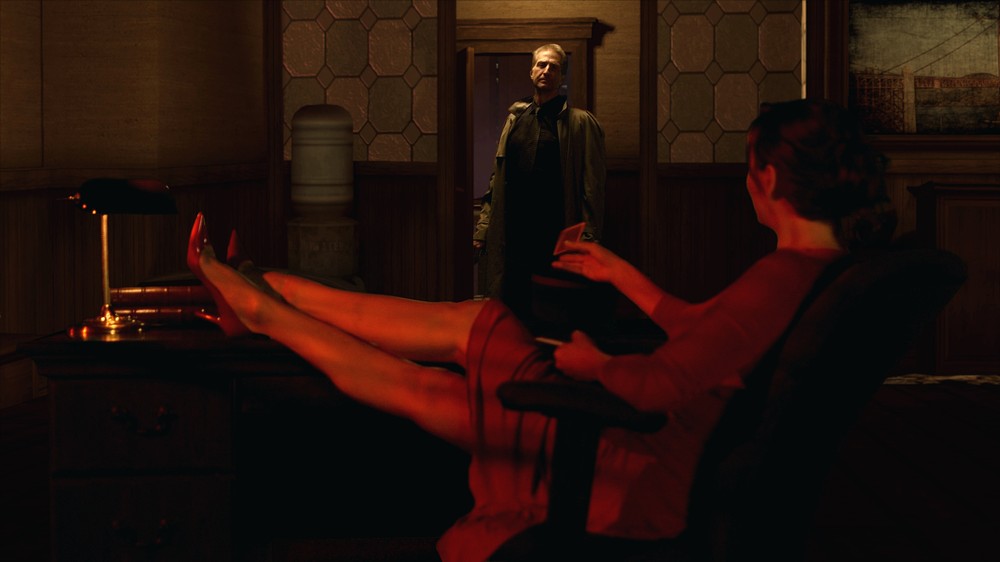 The audio portion of the game is a fantastic mix of classic detective themed music, great environmental and real-time sound effects and some of the best acting you’ll see in an adventure game.  While most games simply rely on voiceovers, Tesla Effect is using real people in real costumes acting out full scenes with props, and it really pays off.  Regardless of how cheesy the dialogue or how absurd the premise, nothing is quite as immersive as this great mix of reality meets CG.

For gamers old enough to have played the original Tex Murphy adventures, Tesla Effect is going to be a great trip down memory lane.   Much like a high school or family reunion, you’ll get to visit with all your old friends and see how they have changed over the years while catching up on seven years’ worth of history.   While the actual exploration and puzzle-solving often feels contrived and even primitive by today’s evolved adventure game standards, the game has no problem hooking you in with its wildly eclectic cast of characters and engaging plot that will keep you guessing until the very end of whichever multiple ending you reach.

You can Tex in action in our live gameplay video series. 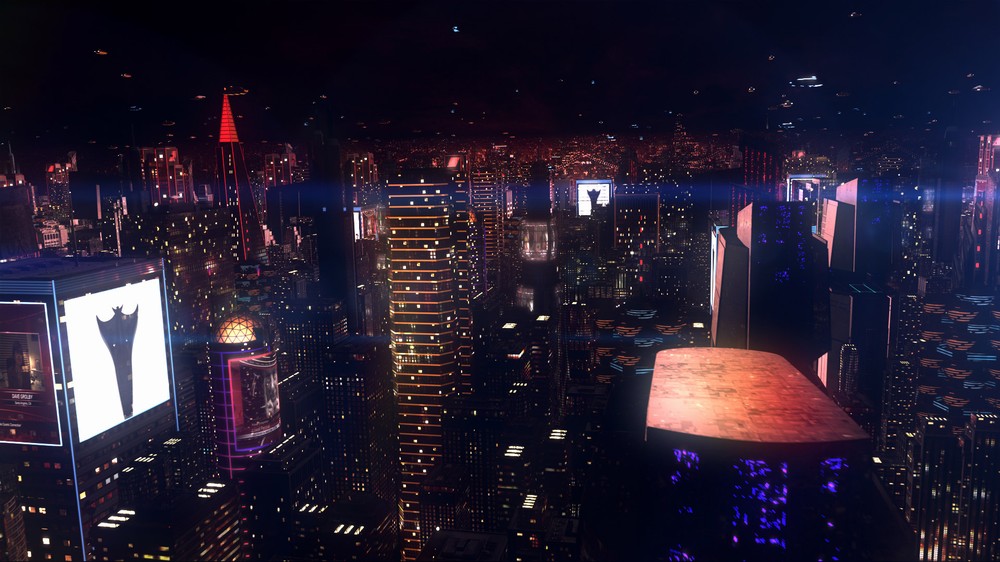 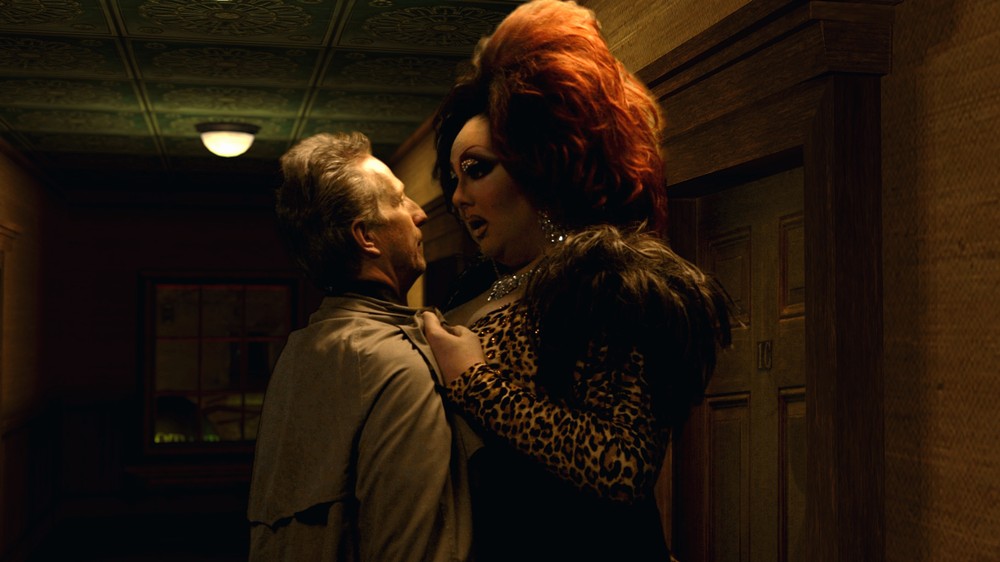 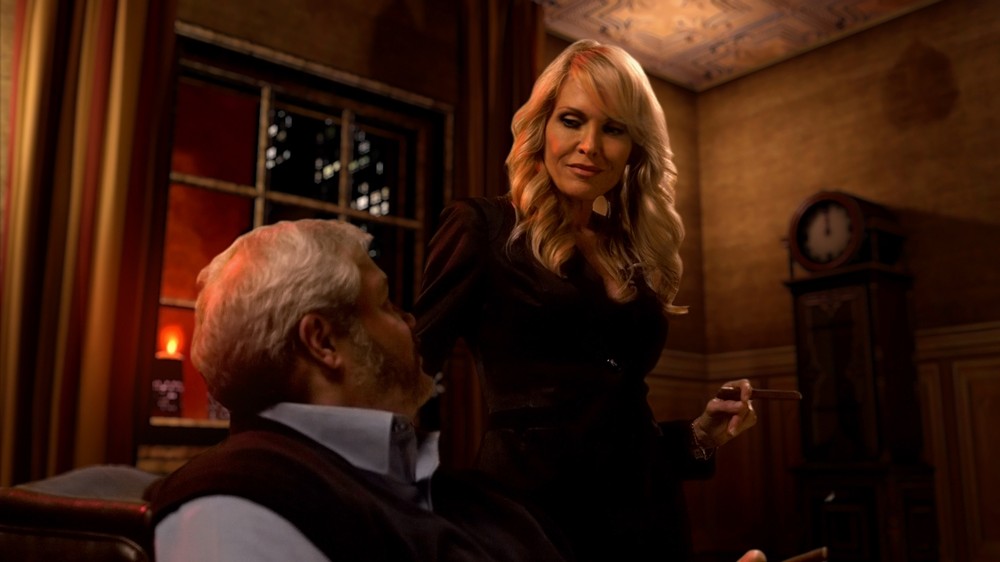 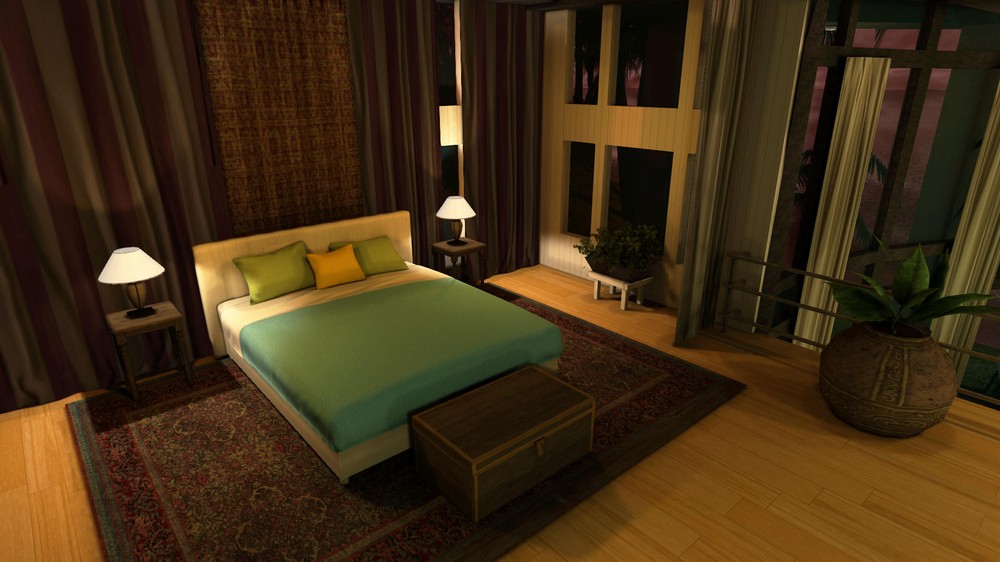 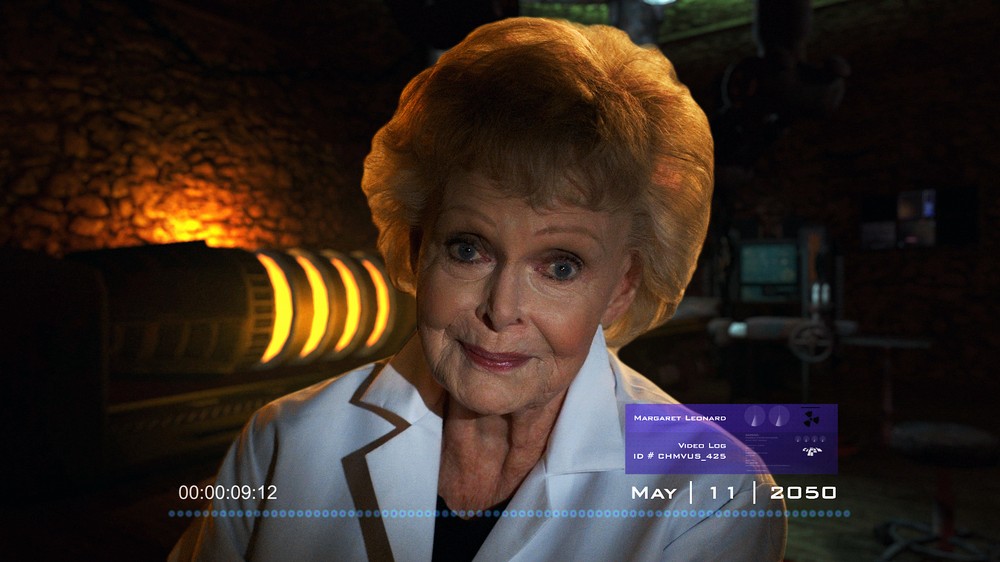 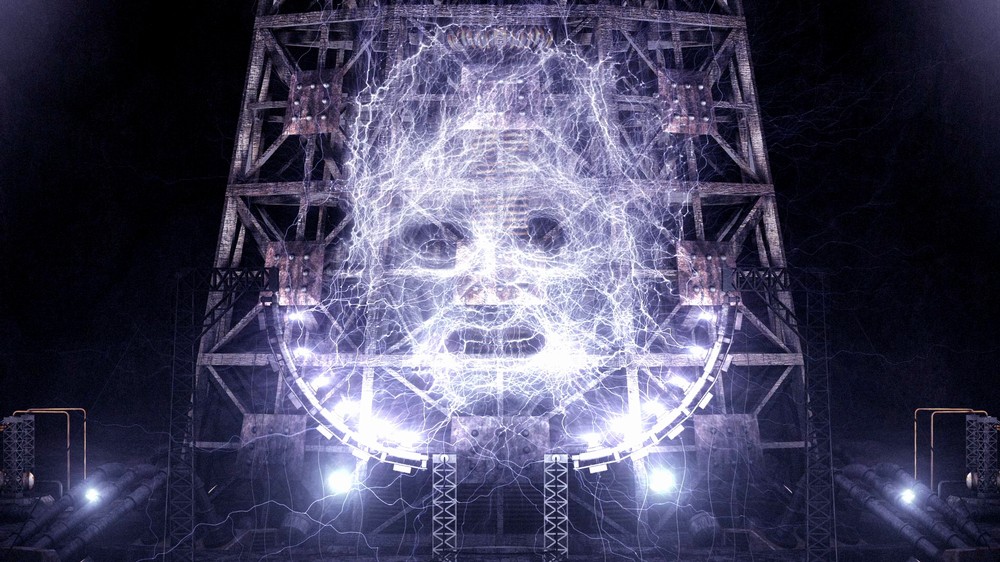 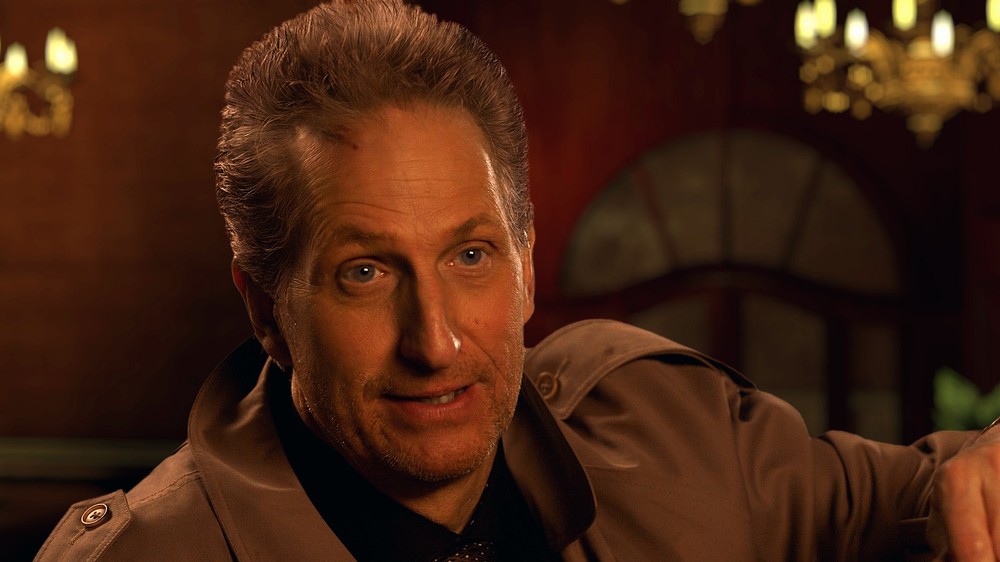 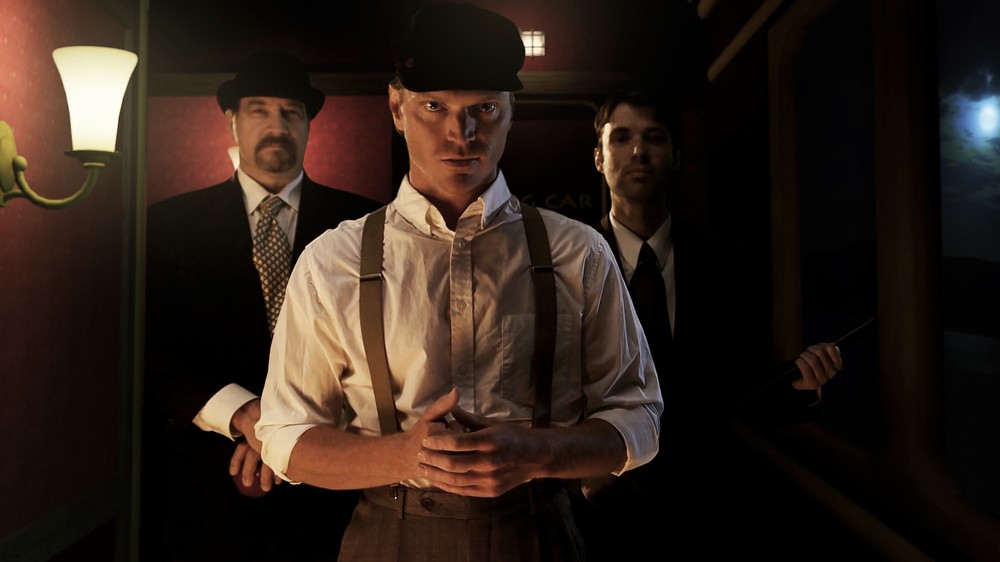 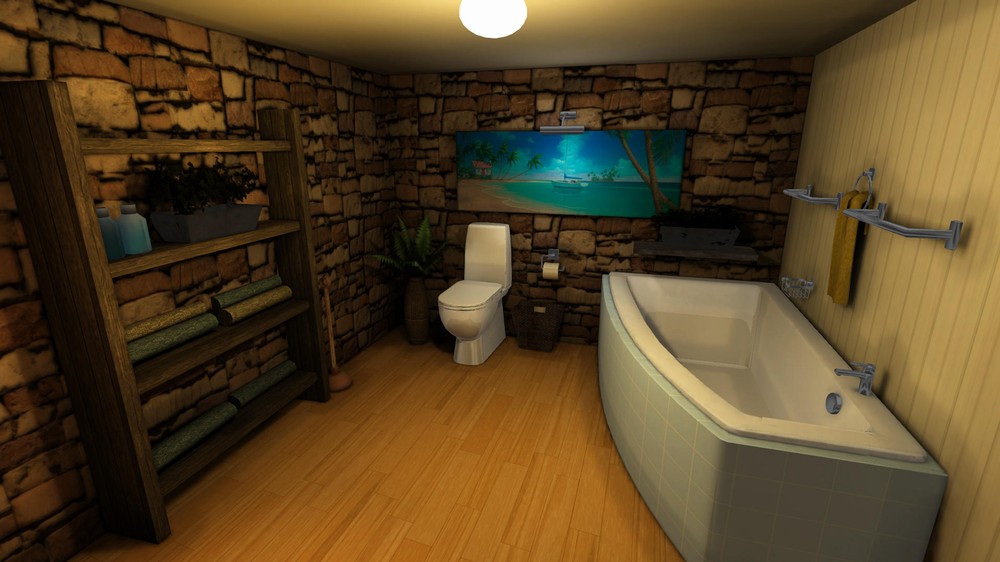 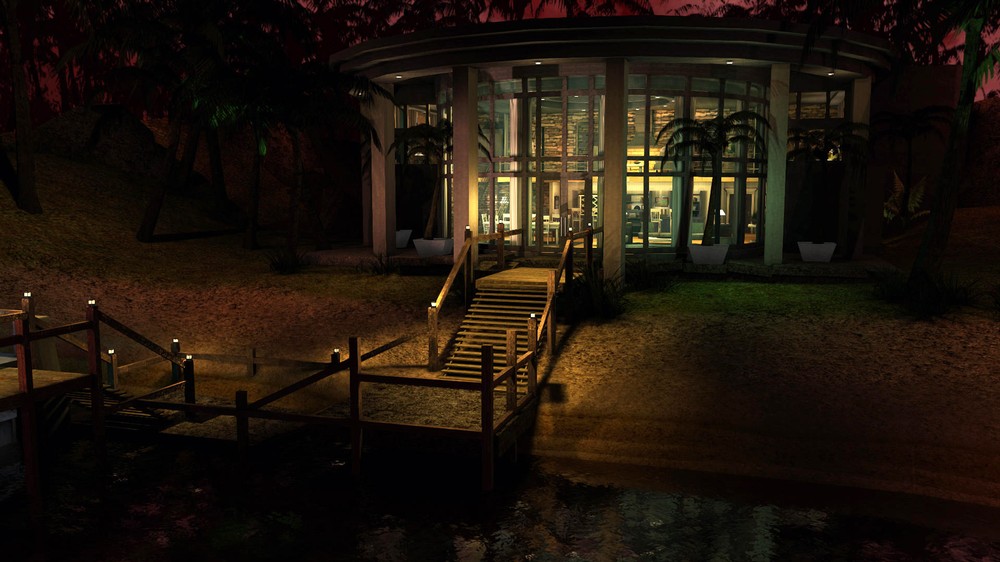 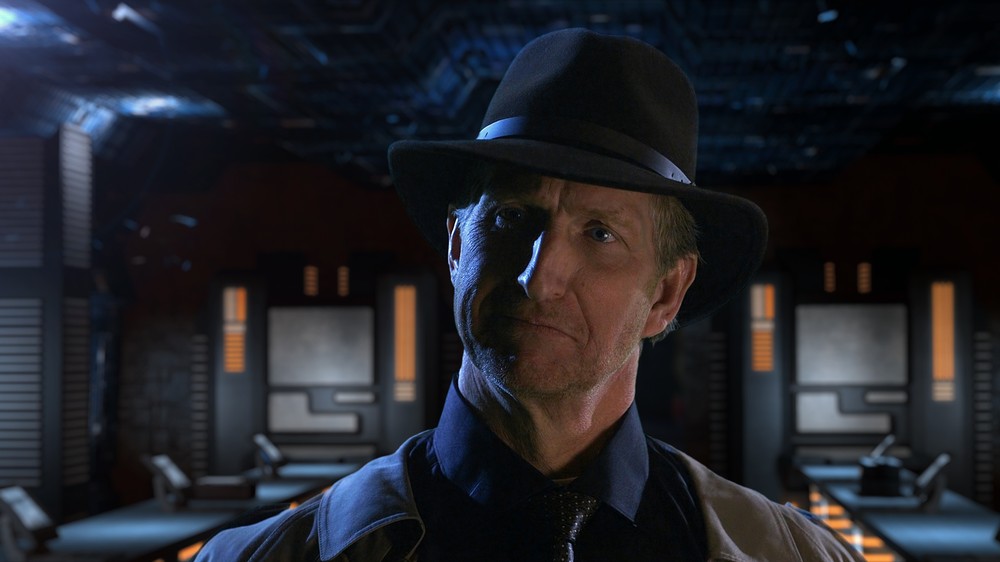 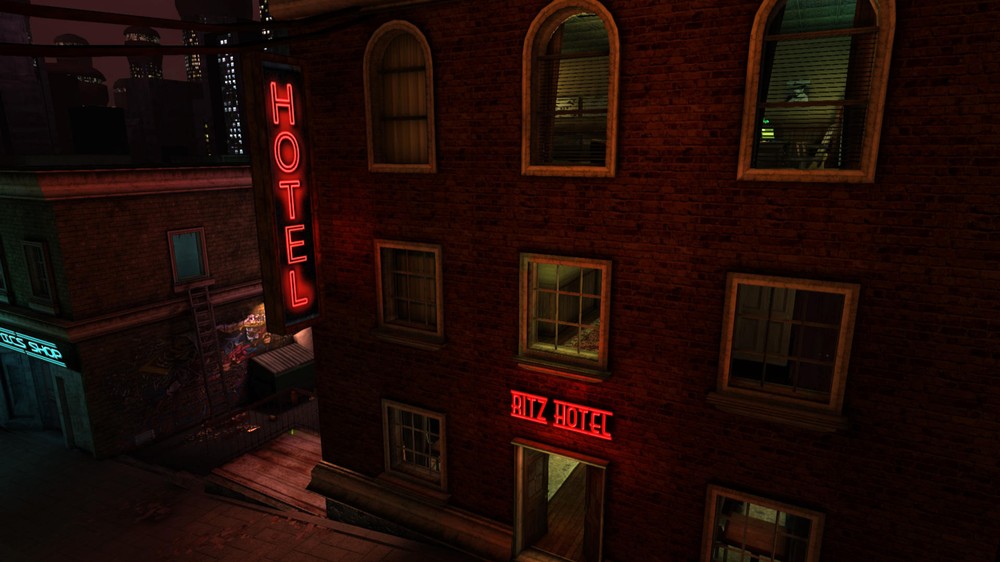