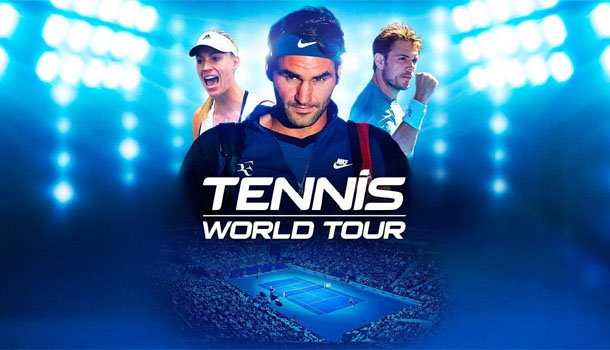 Delivers an experience that is noticeably more realistic and rewarding than other tennis games.

It has been over five years since a quality tennis title has hit the consoles, and who better to lead the sport’s triumphant return than the folks behind the epic Xbox franchise, Top Spin?  That’s right, tennis is back on the consoles with Tennis World Tour, and its developer, Breakpoint Studios, is helmed by Top Spin producer Pierre André, along with a bunch of his fellow former Top Spin coders.  If you were hoping to see Top Spin on a non-Xbox branded console, Tennis World Tour is just what you were waiting for.

Before I get into the meat of the review, there is one thing I have to get out in the open:

Tennis World Tour is not complete at the time of this review.  Yes, it has been printed, packaged, and currently sits on the shelves of every major gaming store – but it is by no means complete.  Most notably, at the time of this writing the main menu currently shows a greyed-out Online mode as well as a myriad of deficiencies and glitches in other aspects of the gameplay.  Breakpoint Studios has stated that these items and fixes are “Coming Soon,” and we all certainly hope they are, but you never know with such a niche genre as tennis.  So, if online play was what you were looking for, you will probably want to wait until the update is released and we can look deeper into that aspect of the game.  As for now, it’s only local gameplay. 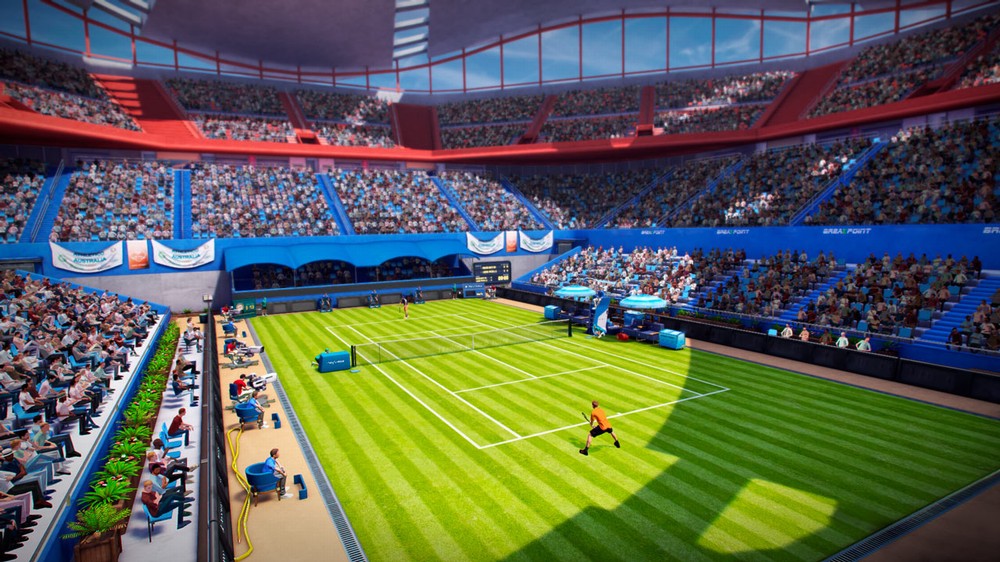 That being said, Tennis World Tour’s gameplay is top notch.  Yes, I know that the other review sites aren’t quite as enthusiastic as I am about World Tour Tennis, especially measured up against the fond memories of Top Spin – but in my opinion, World Tour Tennis is every bit as good, if not better, than Top Spin ever was.

Well for starters, Tennis World Tour just feels more intuitive than Top Spin.  It always seemed that the asymmetrical shape and the large triggers of the Xbox-style controllers were not designed with sports games in mind, whereas the balanced design of the PlayStation-style layout is more fluid and instinctual.  That, coupled with the excellent character modeling and gameplay mechanics, delivers an experience that is noticeably more realistic and rewarding.  Folks might argue that I’m way off base(line) compared to their memories, but I dare them to pull out the old discs and play the games side-by side. 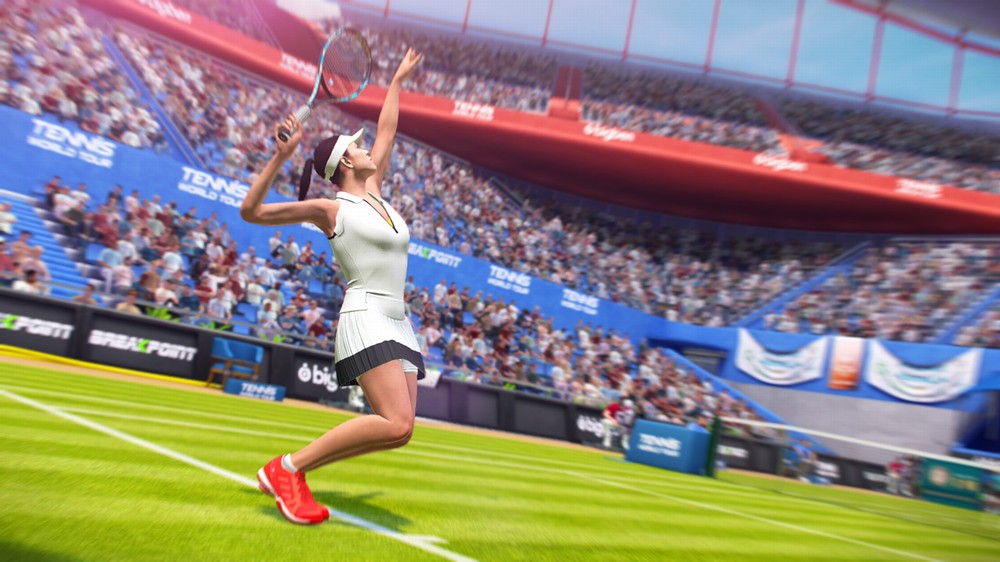 With Top Spin, I always felt that the difficulty was way out of whack: I was either absolutely crushing my opponent, or being absolutely crushed by him (or her).  Tennis World Tour seems to have better balance; games tend to come out closer, with more and longer advantage rounds, and leads that flip from side to side more often.  It feels like the ball is more responsive and realistic – sometimes even to your detriment – but it feels so much more organic than the more perfect placement of Top Spin.

As I said earlier, Online mode is currently not available.  However, breakpoint has offered an excellent career mode, which tasks gamers with developing a player form the novice levels up to a full-blown pro.  I really grew to appreciate the training challenges and the point-by-point exhibition matches that are played on a variety of interesting court materials, including my favorite: Japan’s timber (wood) court.  No official real-world courts or stadiums are offered in Tennis World Tour, but there are plenty of design styles and unique naming choices to hint at what the developers were attempting to mimic. 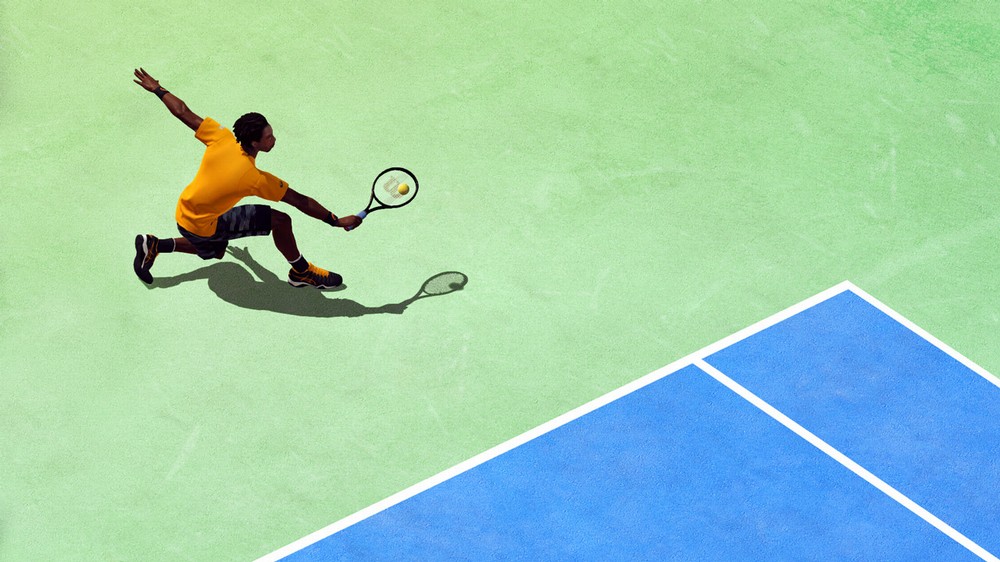 Character choices and features are a bit stark – gamers are only able to choose from a limited number of predesigned faces, skin tones, and body styles and no modifications are allowed.  It seems very antiquated compared to the current standards in gaming, but it is by no means a game breaker.

I am definitely looking forward to the promised update to add online gaming – if only because I can’t get any of the (my teenage kids) gamers in my house to play “a boring tennis game” like Tennis World Tour.  But it is interesting that whenever I am playing Tennis World Tour and they walk in the room, they stop and stare at the screen as if hypnotized by the ball going back and forth.

I highly suggest that tennis fans give Tennis World Tour a fair try.  It might be a bit hard to justify the full-priced MSRP given that Online mode is not yet offered, and that the games has some noticeable hiccups and glitches at this point.  But it is a very serviceable game, and I am thoroughly pleased that we may be seeing more tennis offerings from these folks in the future. 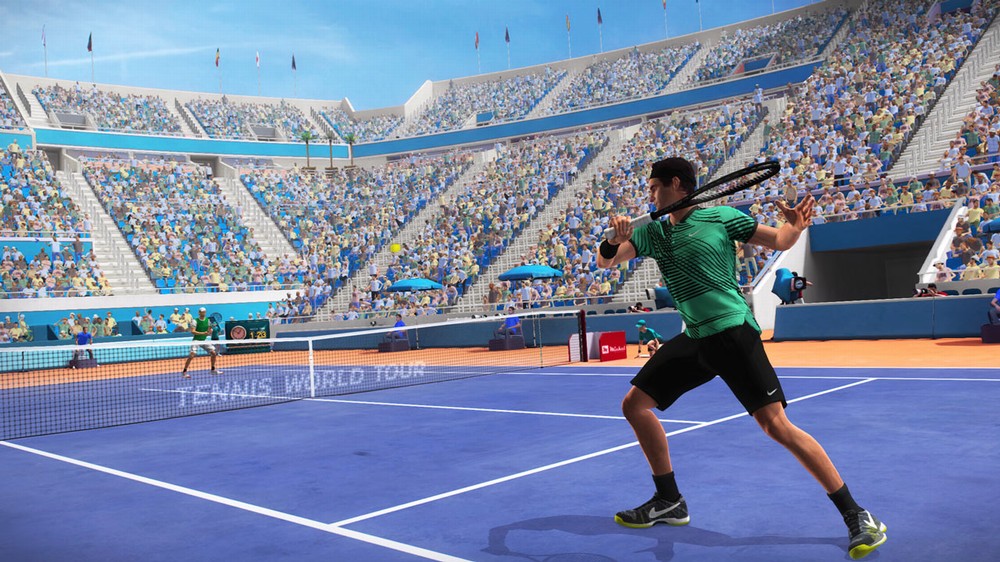