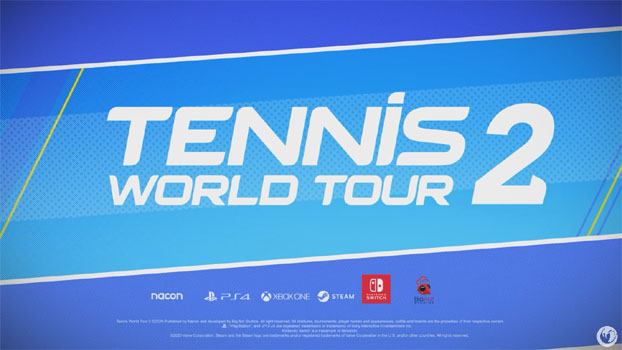 A sad and rushed installment in this aging tennis franchise showcasing less features and a total lack of effort.

Well sports fans, I just couldn’t help myself.  If you are a tennis fan and visit this website, you more than likely read my review on AO Tennis 2.  If you remember I wasn’t very fond of that game and stated I wouldn’t play another tennis game for 10 years.  Maury Povich determined that was a lie.  I just couldn’t help myself.  I have a problem and I just can’t help but reach out to grab the most recent tennis game hoping and praying that this will be The One!  Is Tennis World Tour 2 the much-desired Madden of the tennis world? Let’s find out……

Big Ant Studios quickly came out with a follow up tennis game this year with Tennis World Tour 2.  You would think that Big Ant Studio would take some time to read some reviews and try to please the tennis fans out there, especially with a game coming out this quickly.  Sadly, this game feels rushed and unfinished if they truly wanted to do an upgrade from the earlier released AO Tennis 2.  When you open the game, you will quickly see a ton of similarities with what you can do and notice that there isn’t a lot of extras outside of career and exhibition mode. 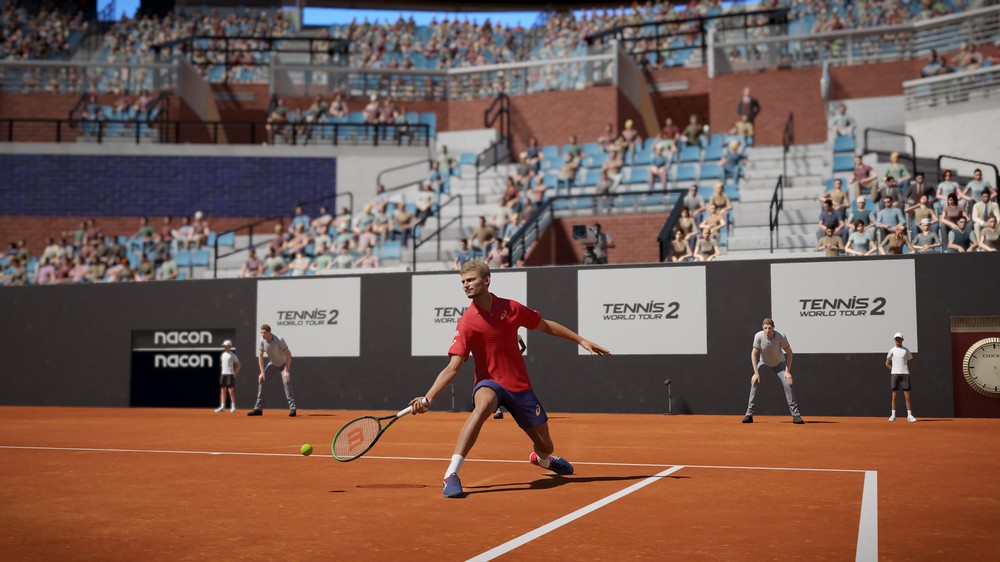 I did learn from previous experiences and quickly jumped into the training section of this game to learn how the controls would be after my disastrous start last time.  Sadly, it is the exact same setup and little change from how the training tutorial is run.  You will learn some of the changes with button patterns but with little repetition.  You go in and just have to complete the three shots that they are trying to teach you and you’re done.  Quickly you realize that the same stick you swing with is the one you use to aim with as well.  This leads to a lot of control and swing timing issues in the training.  It gets even trickier in gameplay where you are on the move and have to try and hit the shot you want. Again, there is no icon on where your shot is aimed which leads to some more frustrations while playing.  The last and worst thing that was noticed during the training sessions was that the tennis ball sometimes is too bright and at times, depending on the court, is hard to track against the surface..

After finishing the tutorials and understanding the controls and timing, somewhat, I ventured into the rest of the game starting with exhibition mode.  I loved the lineups they had; a lot of the top big names out there sprinkled in with some of the fan favorite up and coming players.  Quickly though you realize that the player graphics are severely lacking.  The graphics look like PS3 graphics at best. Justified or not, tennis games are being asked to match the graphics of every other game out there, and if a tennis game is really going to sell and bring in more gamers they must put a lot of time and energy into making it look and feel like a next gen game.  I was happy with the updates they did on the court graphics.  I played on grass and clay courts right away to test out what they would look like.  While it still left me wanting more, I did like how the ball marks and player movement did affect the court look.  I didn’t feel like the surface type changed the style of play on how the ball bounced, but seeing the markings was a nice upgrade.  This game has some cool courts to play on throughout career mode.  I played on a court that looked like a basketball court, and while the tennis player in me said that was dumb, the gamer in me thought it was a pretty cool idea. 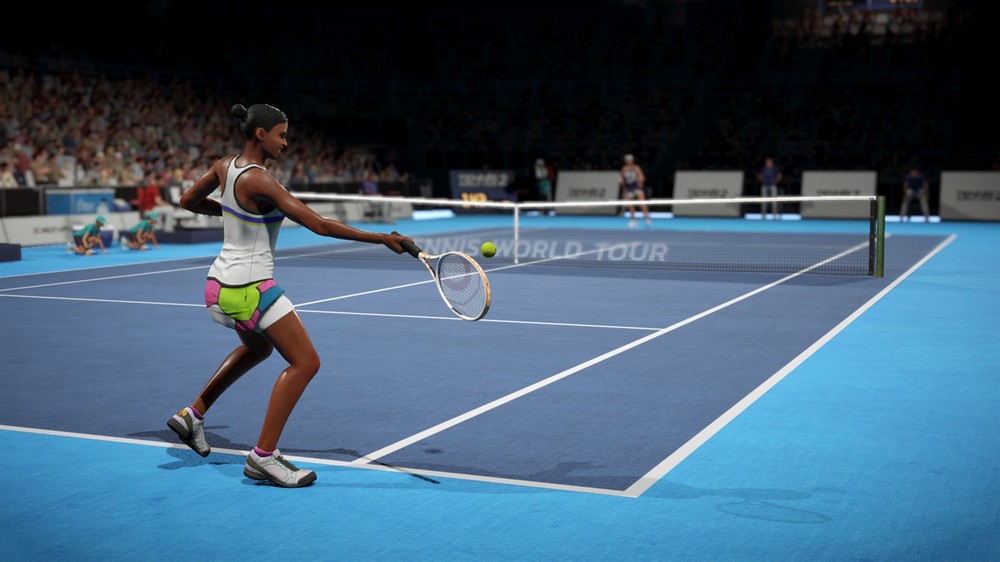 I ventured into career mode and wanted to create a player that looked like me.  I didn’t think the player creation could get worse after AO Tennis 2, but I quickly was proven wrong.  The options were worse, and you get even less to pick from.  Why can’t they take a photo of you and render you?  With all the technology out there, why is creating a player to look like you so hard?  They were able to do facial cap ten years ago with Tiger Woods PGA Tour 12 and Rainbow Six and it worked great.  In career mode you will find a grind that is much like a true career would be on tour.  The difference is you get skill cards to help you throughout the match.  By hitting a directional button, you will activate one to help you win a point.  Think of them as a power up.  Why they added this, I’m not sure.  Half the time you don’t know if you activated it or not since the card doesn’t light up or have an animation to show it is activated and early on until you upgrade them you don’t even notice the “power up”.  The career mode really forces you to focus on a healthy balance of meeting coaches, training, playing, upgrading your skills through cards and gear, and resting like you would in real life.

Upgrading your player is boring and not rewarding at all.  I would love to have a training session help take what you are struggling on in matches and drill it into your game to help you as a player.  For example, you are struggling with taking more than two steps to really hit a great forehand.  The training has a drill that has you work on moving to the middle, then quickly move three steps to your forehand side to hit a down the line or inside out forehand.  At the very least have some basic real-life training drills to help you get better other than the boring “complete three of these shots” and move on that we get.  I think about what makes Madden so loved and people coming back to continue to buy the newest version (even though not much has changed) and you find it is the ways they challenge the players to get better so when they go online they truly are better and can compete. 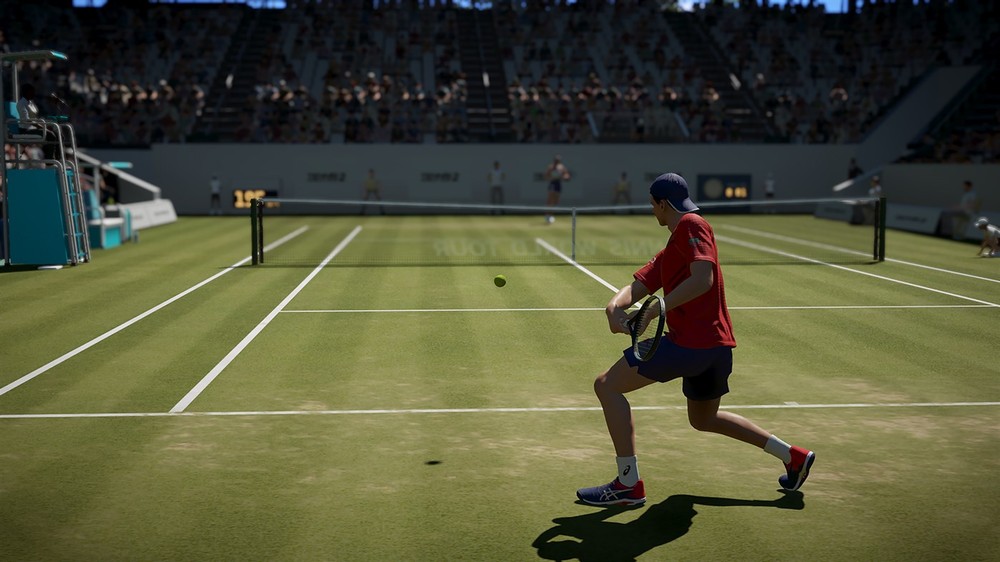 For a mirroring game to come out from the same studio in the same year this is a huge letdown.  There were some nice changes that were improvements, but overall it was a carbon copy of the previously released game with way less features and a total lack of effort..  The entire time I playing Tennis World Tour 2 all I could think of was how this wasn’t any different than the last game I played.  I was constantly comparing this to AO Tennis 2.and thinking this is the same or even worse.  This game just feels incomplete and rushed to release.  It’s like a comic book movie getting released just so the studio can keep the rights to that property, and they don’t care about the actual product.