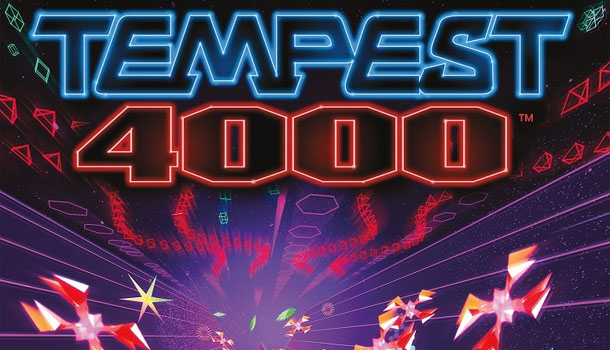 Nails everything about the original except for the controls.

I lived in the arcades back in the 80’s. Every day after school and both Friday and Saturday nights you could always find me in one of the three major arcades in my town stuffing tokens into all the major coin-ops, and Tempest was one of my favorites. With colorful and almost-hypnotic vector based graphics along with explosive sound effects, Tempest was easily one of the most addictive games at the time, especially since it was one of the few that offered checkpoints so you could resume a game after losing your lives without having to play from the beginning.

Tempest 4000, now available for PC, does an admirable job of bringing all the addictive joy of the original to your PC, complete with 100 levels, three games modes and plenty of visual enhancements to take advantage of contemporary hardware. We’ve come a long way from simple vector graphics, so be prepared for all sorts of seizure-inducing background animations along with colorful level designs featuring all the classic enemies with slick visual upgrades. Apparently the game is locked in at 1080p, as I saw no way to change resolution. I would have loved to seen this in 4K. The audio package is quite spectacular, with all the familiar sounds of the original and a few new and enhanced effects. 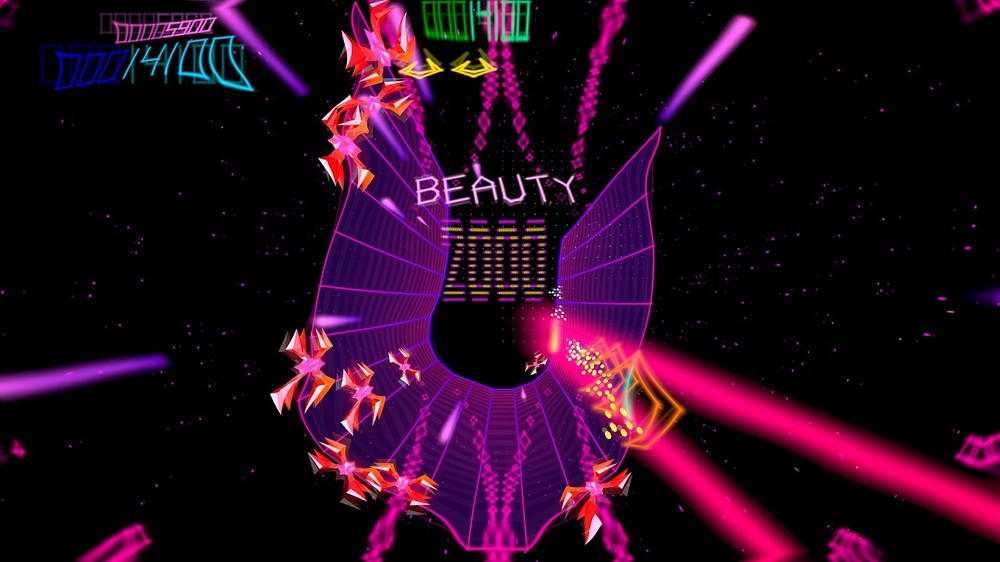 While the visuals have certainly been enhanced the gameplay remains true to its roots. You control the Claw that moves about 3D geometric levels constructed from lanes that extend into the background. Various enemies will appear at the rear of the level and slowly make their way to the foreground while you move the Claw back and forth unleashing endless streams of weapons fire trying to kill everything before it reaches the same level as your ship. Things get a bit trickier at this point, as you must carefully time your shots while enemies flip around in the foreground trying to crush you.

The levels get increasingly harder, both in the speed and number of enemies as well as the shapes of each level. Some levels wrap around on themselves giving you full circular control of the Claw to travel in a complete 360-degree fashion while other shapes are more linear with defined end points creating the possibility of getting boxed in. There are flat shapes and U, V, and W shaped levels and even a figure-eight shape. Between each level there is a mini-game where you must fly through a series of rings to recharge your Super-Zap allowing you a one-time level cleanse per level. 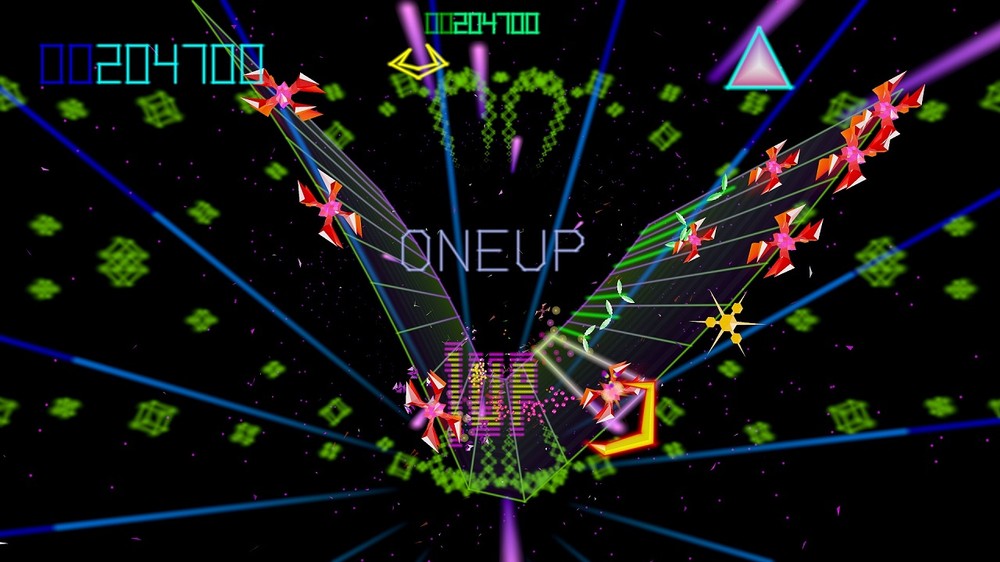 While I dearly love Tempest and really appreciate the effort that went into this 21st century remake, Tempest 4000 stumbles and ultimately fails for me with its controls. Frankly, there is no substitute for that fantastic weighted spinner dial from 1981 that you could spin and watch the Claw circle the level a dozen or more times before it slowed to a halt. It was fast and super-precise, which is what is ultimately required of a game like this; especially in the later levels. Using the analog stick on the gamepad was difficult to adjust to on the earlier levels and nearly impossible to keep under accurate control much past level 20.

There is an odd acceleration so the longer you hold the stick left or right the faster the Claw moves and the more it continues to travel after you let off. Many of these levels require precise and instant braking and reversing of the Claw as you move back and forth to clear specific lanes. I was consistently overshooting my intended lane and ultimately had to pick a single lane and wait for the enemies to come to me, which only works if you are very good with the rapid fire shooting, otherwise enemies can crush you between shots. 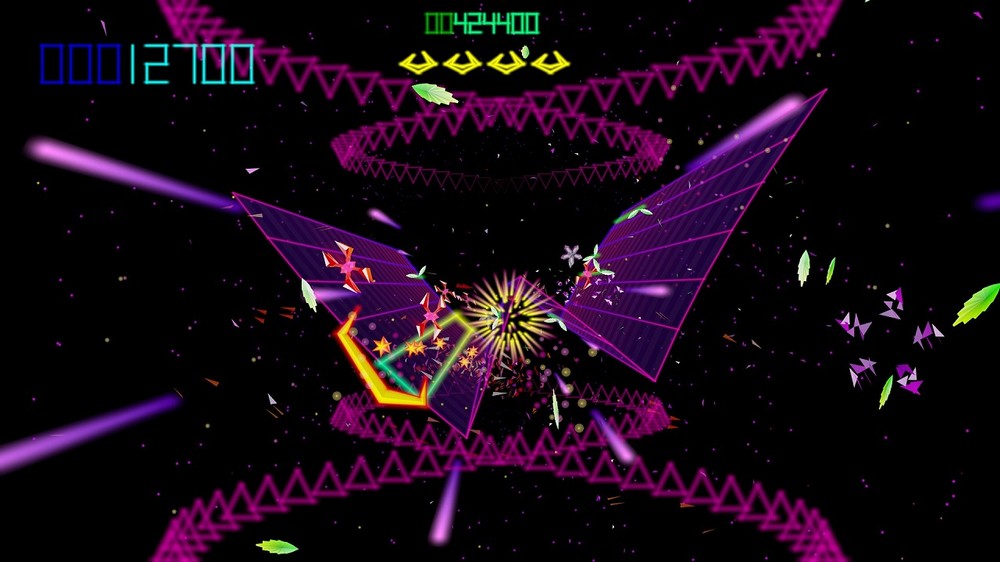 Sadly, there is really nothing they could have done to make this work any better short of releasing a dial controller much like they had on the old Atari 2600. Even in 1981, that spinning dial was fairly unique, which is what made Tempest stand out in the arcades. Playing it on PC with a keyboard or gamepad just can’t begin to capture the essence of Tempest. You might enjoy an hour or so of fond memories as you relive your favorite level shapes and old tactics come flooding back from childhood memories, but it won’t take long for frustration to dominate the experience, as you fall victim to poor controls in a game where control and reflexes are all that matter. 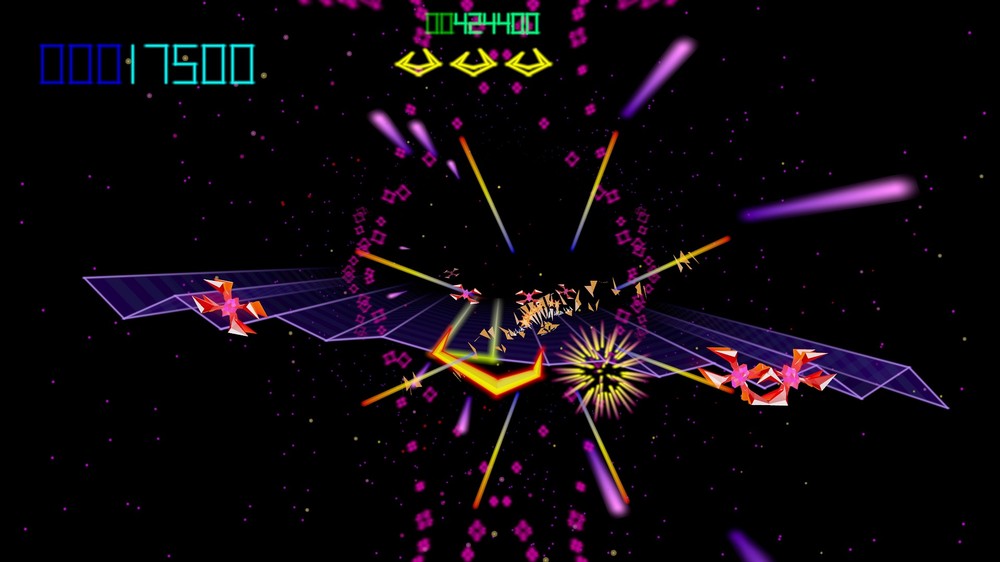 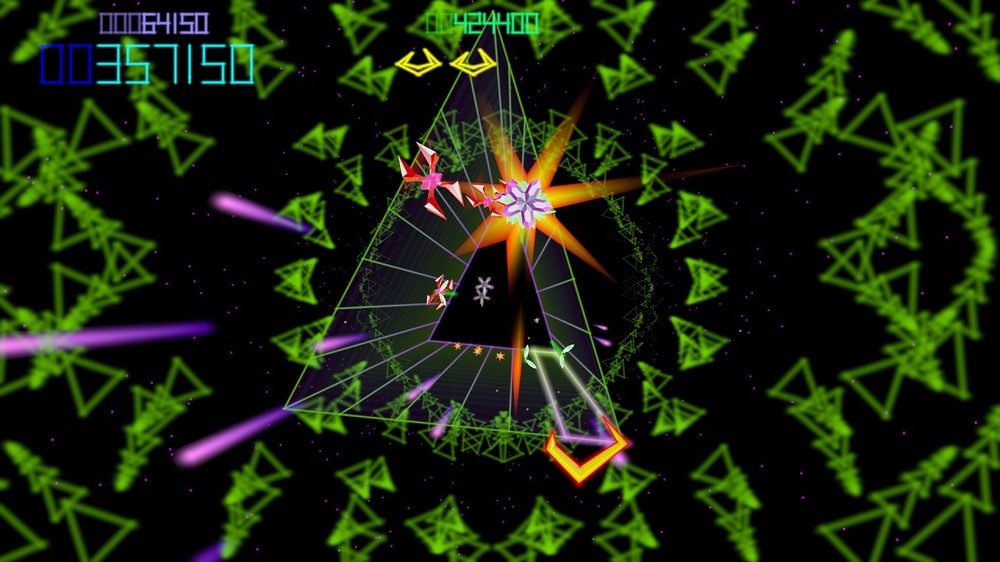