Lengthy learning curve, static graphics much like the hex tabletop games that inspired it, no multiplayer or alternate campaigns

If you like WWII strategy games or hex-style tabletop games this might be the game for you.

I’ve always had a love-hate relationship with strategy games over the years. Top among those reasons is that I would rather be the one doing the action than the person sitting back doing the decision making. That and I don’t really have a serious tactical nerve in my body outside of some shooters and the occasional board game or two. Yet somehow I come out on top of strategy video games from time to time. My newest venture into this genre with my review of Tank Operations: European Campaign for PC makes that relationship rear its ugly head but not in the way that I expected.

Tank Operations: European Campaign is a hex-based strategy games that recreates historical battles from WWII after the events of Pearl Harbor. Though it’s well known that other countries were involved in the actual war the Allied forces featured within are comprised solely of Americans going up against Germany across 12 hard-fought missions. Operation Torch, the first of these missions, will have you breach enemy-controlled bunkers while the final act will have you attacking Berlin in an attempt to end the war. The path in between however is anything but easy though as the wrong decision could be the very thing that could spell doom during any mission. 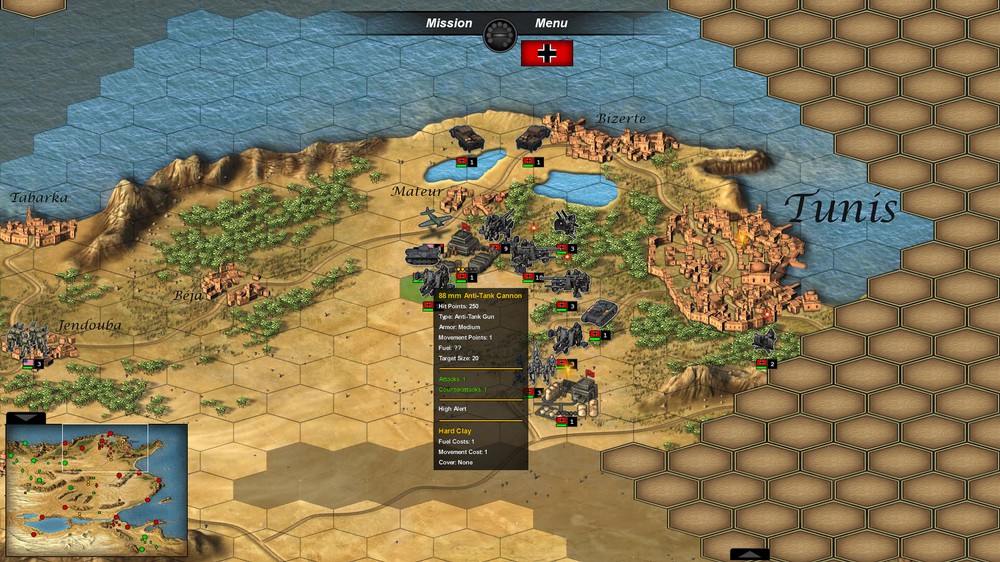 Each of the 12 missions will take you anywhere from 1-2 hours to complete though that heavily depends on how bad you mess things up. For me a lot of the game’s difficulty came from approaching Tank Operations like most games in this genre. After many a mistake, it wasn’t until I learned that each unit type had a special ability that can only be used once every 4-5 turns that I started to make headway into actually enjoying the subtle strategy instead of charging at the enemy with brute force to no avail. The name of the game also gives the impression that you’ll only be using tanks throughout the campaign but that is far from truth, as it takes more than tanks to win a war.

Players will have access to infantry, artillery, saboteurs, airplanes and cruisers to aid you in battle as well. All of those units however also need the support of resources like fuel and ammo to be effective which is provided by specialized trucks. It’s also important to note that certain units like the artillery can only move so many spaces at a time, so you have to use trucks to move them great distances to make them effective in combat. For a strategy game, I have to say that the enemy AI in Tank Operations is remarkably competent offering up a challenging experience for most players. While I did notice that occasionally the AI did make some really dumb moves, it carried out most attacks to great effect. Tank Operations also features the strategy genre staple “fog of war” to hide enemy installments or groups until you get near those areas which only heightened my need to choose my next moves carefully, as I never knew what to expect as the battle waged on. 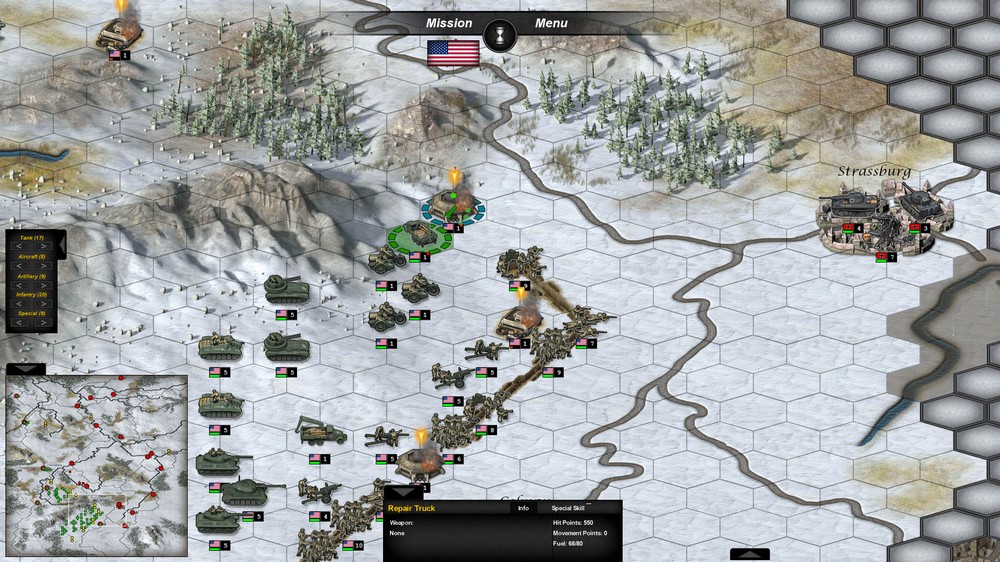 Despite being a fairly engaging strategy venture, Tank Operations: European Campaign does contain a few things that puzzle me about its design choices. For starters your cruisers, as seen in the opening mission, cannot be moved out of harm’s way from beach fire which I find quite odd. They do act as you’re starting base of operations so it would make sense for them to be either a little farther out to sea or movable at the very least, as they can be destroyed. The second is that thanks to a few recent games that I’ve played they ruined it for me in that in this game flanking the enemy has absolutely no tactical advantage. Tank Operations: European Campaign also comes off very static graphically with the only real animations coming from smoking fires or small weapons fire to illustrate attacks against either side. On the positive side of that coin though the menus, HUDs and unit models all look pretty sharp. The sound effects you hear during each mission and narration all sound pretty good though not much else is going on for it in the audio department.

It should also be noted that Tank Operations: European Campaign is a completely single player game so after players fight their way through the game’s final act there is little reason to continue playing it unless you want to see if you can do better the second time around. As someone that is usually terrible at playing these types of games, I did enjoy the challenge that was put in front of me though I couldn’t help but see areas where there were some missed opportunities like online battles or maybe even playing as the Germans in a sort of “what if” scenario. Still, if you like WWII strategy games or come from a tabletop hex-style game background then Tank Operations: European Campaign may be just the thing players are looking for if they enjoy games that don’t focus on online play like so many other games in the genre. 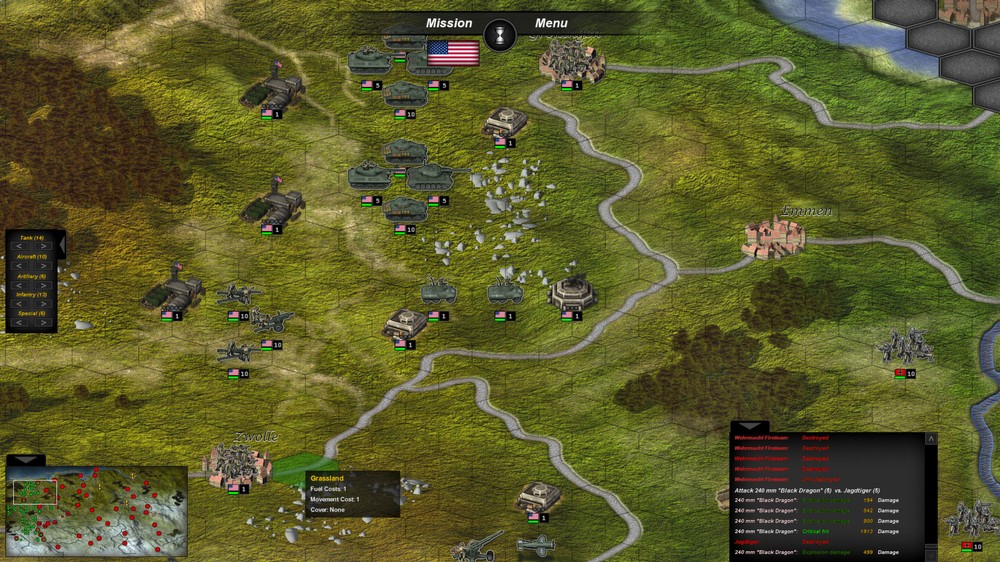 Additional Notes: Title not fully tested on Windows 8 purchase at your own risk and also make sure to to 8.1 as Win8.0 does not work