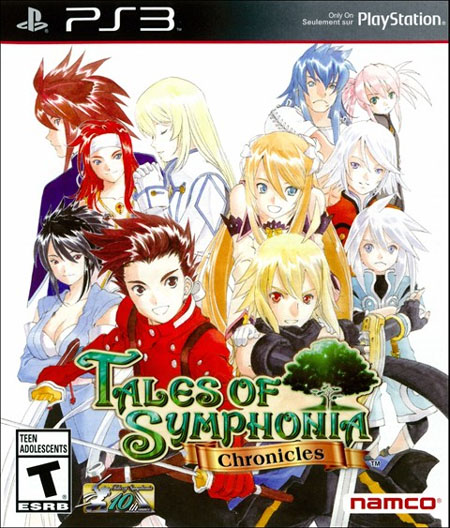 Awesome cast of characters, Combat is fast paced and entertaining, Plenty of content

If you own a PS3 and love the Tales franchise then you have to check out Tales of Symphonia Chronicles.

As a long-time gamer I often find myself looking back at the games I loved growing up with certain levels of nostalgia. Those moments of remembering the good times are coming at an even faster pace these days, as several amazing RPG titles are making a comeback at the impending end of the last-generation consoles. The system of choice to make these comebacks has been the PS3 even if the games never originated there in the first place. The Tales franchise has always been heavily synonymous with the PlayStation brand over the years though a few gems have made their way to other systems, notably Nintendo. Maybe it’s the nostalgia talking or the fact that the 2004 original Nintendo GameCube release of Tales of Symphonia was one of my favorite games on the system and in the series. 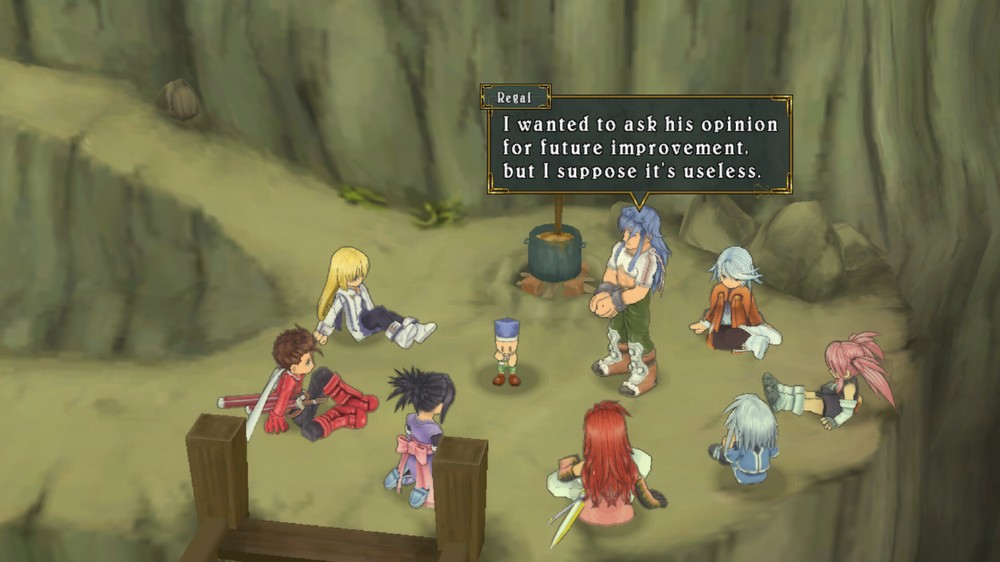 Tales of Symphonia follows the adventure of Lloyd Irving as he sets off with one of his best friends, Genis Sage, to aid the Chosen of Regeneration, Colette on a journey to replenish Sylvarant with the very mana it needs to survive. He is accompanied by her guardians, Raine Sage and Kratos Aurion to ensure that no harm befalls Colette as she releases the five seals that could save both Sylvarant and its neighboring world Tethe’alla from destruction. In traditional fashion they meet plenty of opposition and encounter some tough decisions along the way which actually have consequences to the game’s plot. Of the two games found in the collection this is still my favorite due to its characters and subject matter including the ever present theme of descrimitation against the different races found within.

Tales of Symphonia: Dawn of the New World, on the other hand, takes place two years after the events of it predecessor and features an all-new cast of main characters with several main characters from the original showing up along the way. For me, Dawn of the New World is harder to like, especially as a sequel due to the fact that I spent so much time getting to know the main characters from the first game that it’s hard to see a character like Lloyd being the bad guy. The story focuses on Emil Castagnier whose parents are killed in Palmacosta by Lloyd as well as a girl named Marta Lualdi who has the core of Ratatosk, The Lord of Monsters and Summon Spirit of the World Tree from the last game, imbedded in her forehead. Both Emil and Marta set out to restore Ratatosk to his former glory after he saves her life again by collecting Centurion cores all the while trying to get them before Lloyd and their enemies do. 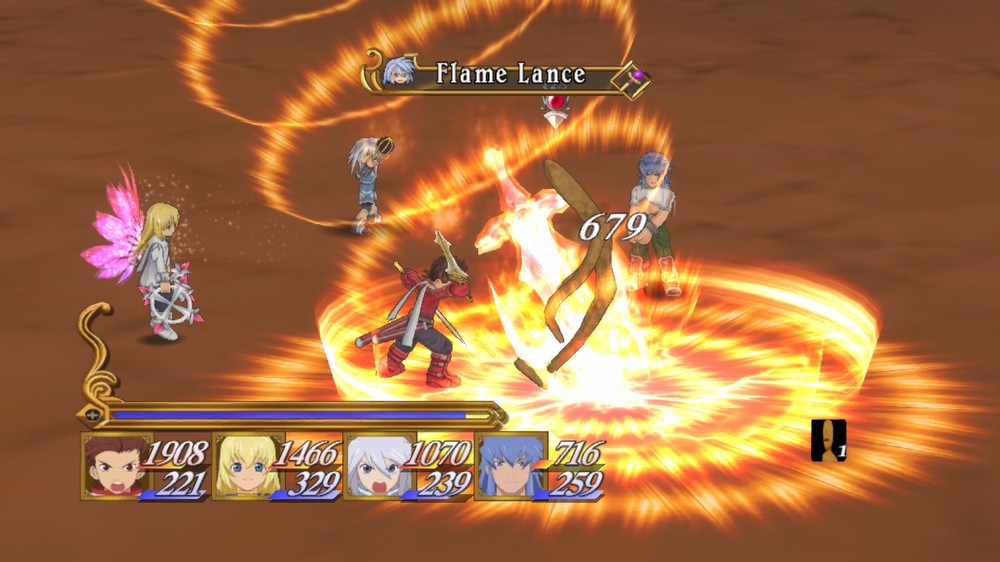 Tales of Symphonia features real-time combat thanks to the Multi-Line Linear Motion Battle System, which allows the player to attack your opponents freely while moving towards or away from the enemies in a sidescrolling manner. As you fight and level up your party you will gain access to new attacks called Mystic Artes. These abilities can be anything from healing spells to devastating weapon or magic attacks and use Technical Points (TP) to pull off. Later in the game you’ll also gain the ability to use various EX Skills that allow characters to perform new types of attacks. The Unison Gauge is also particularly nice as it allows two or more characters to attack a single target similtaniously once full and activated.

With each new Tales game they make improvements upon the the fighting system in new and interesting ways. Tales of Symphonia: Dawn of the New World however features a fight system that, at first, seems exactly like the one in the original game. While several features are the same the Flex Range Element Enhanced Linear Motion Battle System. Notable among the differences is the ability to move the character freely around the battlefield while holding a button. The biggest difference however comes with the Element Grid that affects every level of combat. Every battle you trigger has an elemental affinity tied to the playing field such as darkness or water but if three or more of the same character skills are used it changes the element grid. This goes so far as to determine which characters can pull off Unison Attacks (a returning feature) or the very effectiveness of an attack.

Dawn of the New World does have one new and interesting feature that I’m sure most Nintendo fans would have loved back on the Wii. Besides having up to four characters in your party during combat you also get to capture and use monsters in battle along side you. Much like with the party members you can only have four with you at a time. This makes finding your favorites from a selection of over 200 of these monsters a difficult task. Much like a certain monster hunting game, possible recruits must be bested in battle though here they have to be persuaded to join if the right elements are in play on the field. 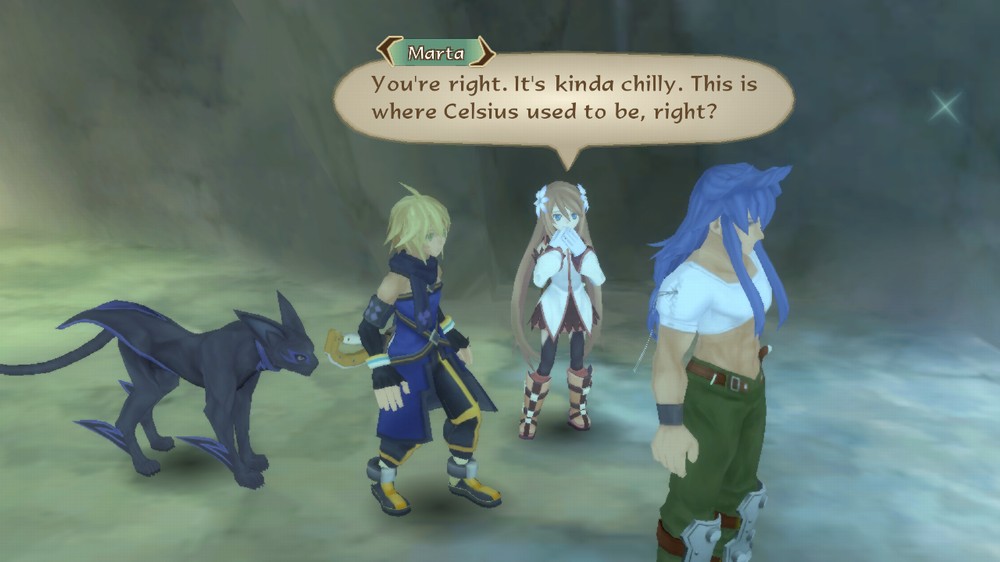 Speaking of elements, both games control remarkably well especially since the sequel was originally designed around the Wii Remote and Nunchuk combination. It’s incredibly easy to tell that Dawn of the New World was designed for the Wii’s unique controls despite the rather smooth transition to a more traditional setup with the DualShock 3. Tales of Symphonia features a traversable World Map where players can engage in black blobs that indicate monsters. Dawn of the New World however trades that freedom in for a Wii-centric menu selection screen that anyone familiar with Nintendo last-gen system would fall right into step with using. Moments like a certain boss fight reveal where Wii functions were used originally but nicely translated in the rapid pressing of a face button instead or where you have to manually aim the Sorcerer’s Ring with the analog stick instead of the Wii Remote’s aiming functionality.

The only complaints that I have with this compilation (as with most PlayStation collections) is that you can’t just exit out of either game and load the other without having to exit to the dashboard and reloading the entire game. I’ve always found this super annoying and this time is no exception. Another annoyance is that for some reason the game has to load the trophy info EVERY time I start either game.

While the controls transitioned really well, the area of most scrutiny is the graphics. As this is a HD Remastered collection, Tales of Symphonia Chronicles has to look good too and for the most part it does. Tales of Symphonia is the elder of the games and it definitely shows with character edges and environments not being as smooth or as detailed as they could be but this probably has something to do with the lower polygon counts than anything, as it was the first 3D game in the Tales franchise. Dawn of the New World looks the best with a different art style and higher polygon counts. Both games feature high quality animated intro movies – a staple of the franchise. These happen to be the only animated segments in either game as the rest of the plot lines are shown through real-time cutscenes. 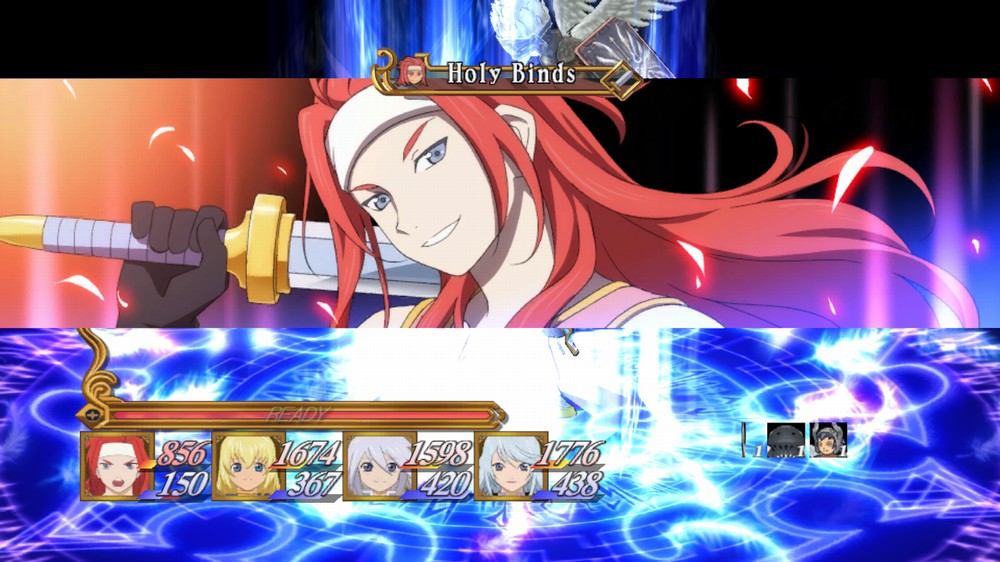 One of my favorite things about Tales games though are the skits, optional conversations that you can trigger by pressing a button. These pieces contain nicely detailed hand-drawn animations that present players with a greater level of getting to know and understand each character. In the Tales of Symphonia these skits are text-only though if you switch to the Japanese voice track they are fully voiced. Dawn of the New World however, features a fully voiced English cast through both the cutscenes and skits, which is really nice. For the first time ever though both games offer the player the choice to play the game in its native language or in English thanks to the dual audio tracks contained on the disc. This however does nothing for making Emil not sound like a whipped puppy. The original theme songs hit American shores for the first time and are fun to listen to.

Tales of Symphonia Chronicles not only gets a visual and audio facelift, it also comes with new techniques to be mastered, all new titles, and even new costumes to unlock. Upon booting up the game, I was rewarded with extra costumes to wear for having save files from Xillia and Graces F on my console. For those looking to get more out of the already 90+ hours you’ll likely drop into both these games  there are unlockable difficulties, New Game+ modes as well as a Grade Shop unlockable only after beating the first game once. The Grade Shop lets you spend Grade earned from combat to enhance your game on a second playthrough.

No matter if you’re a new player discovering the Tales series for the first time or a seasoned fan, Tales of Symphonia Chronicles is definitely a collection worth checking out. Dawn of the New World is a decent game in its own right with some interesting elements and some memorable characters. I’m looking at you Tennebie! For me though the real treat was experiencing the original Tales of Symphonia again and reconnecting with a great cast of characters, even if it’s not quite as polished as its HD-remastered sequel. If you own a PS3 and love the Tales franchise then you have to check out Tales of Symphonia Chronicles. 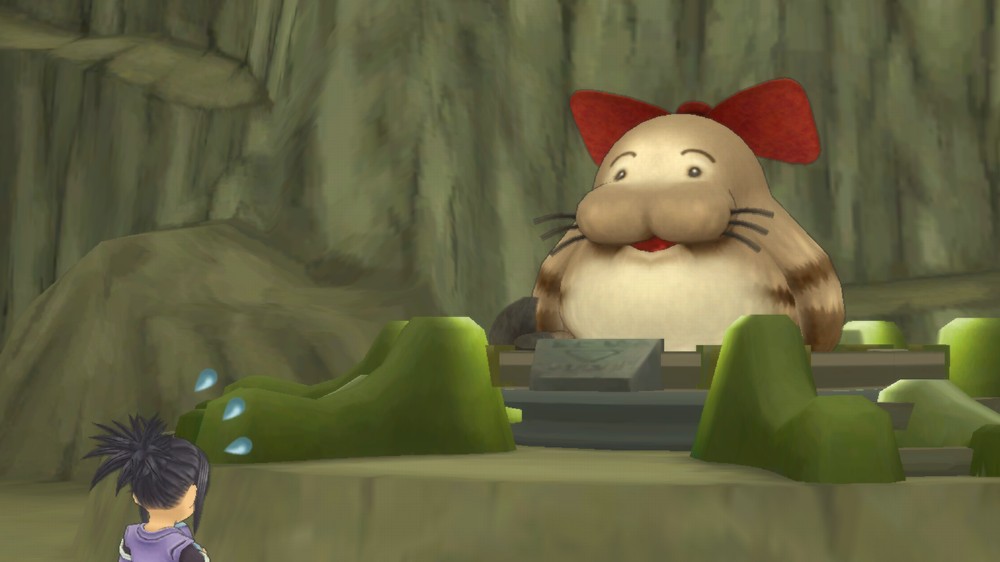 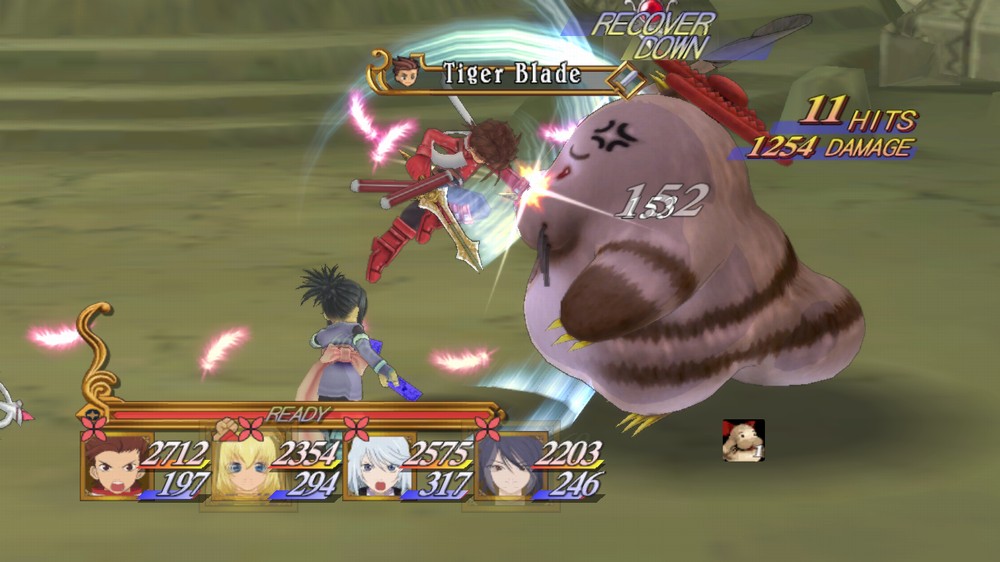 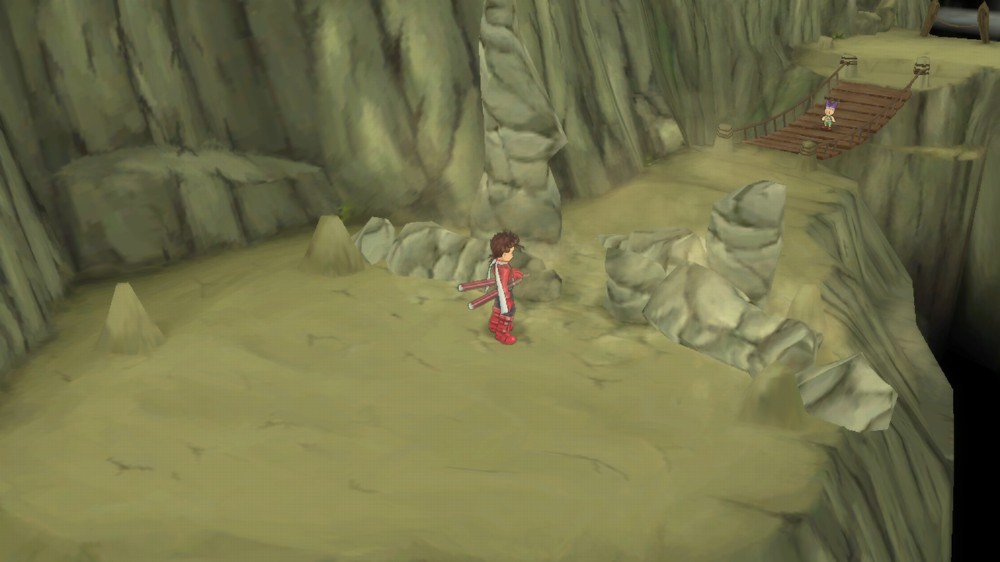 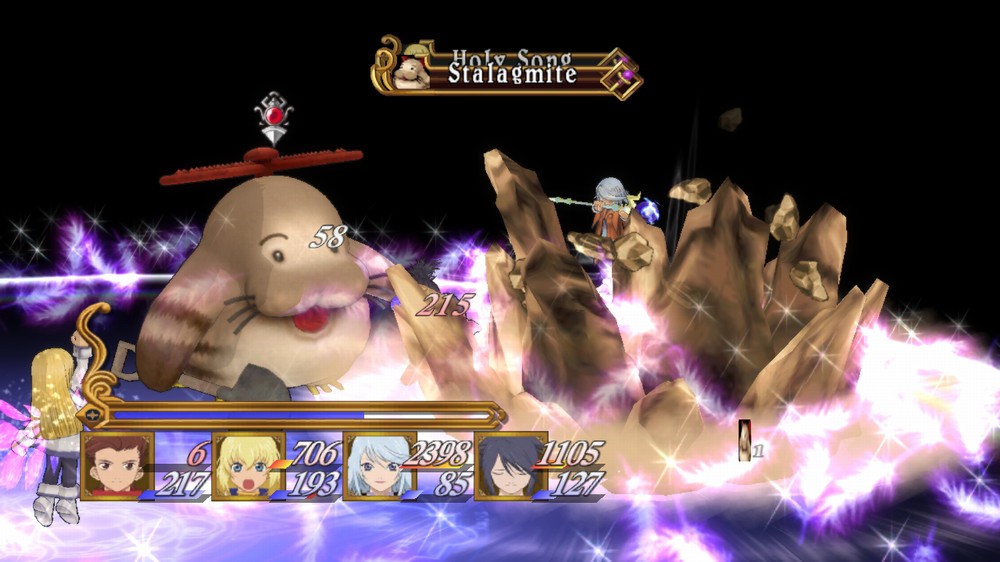 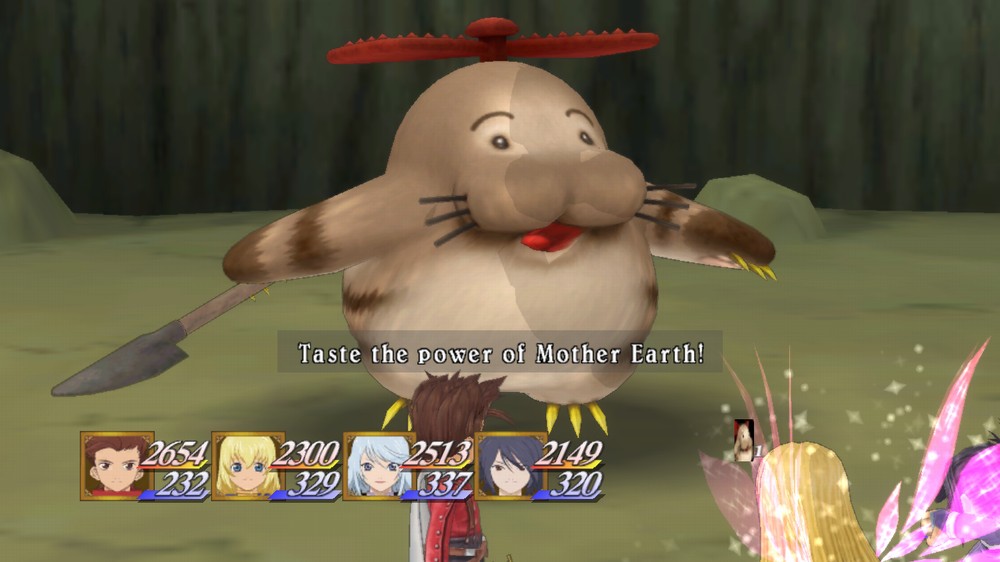 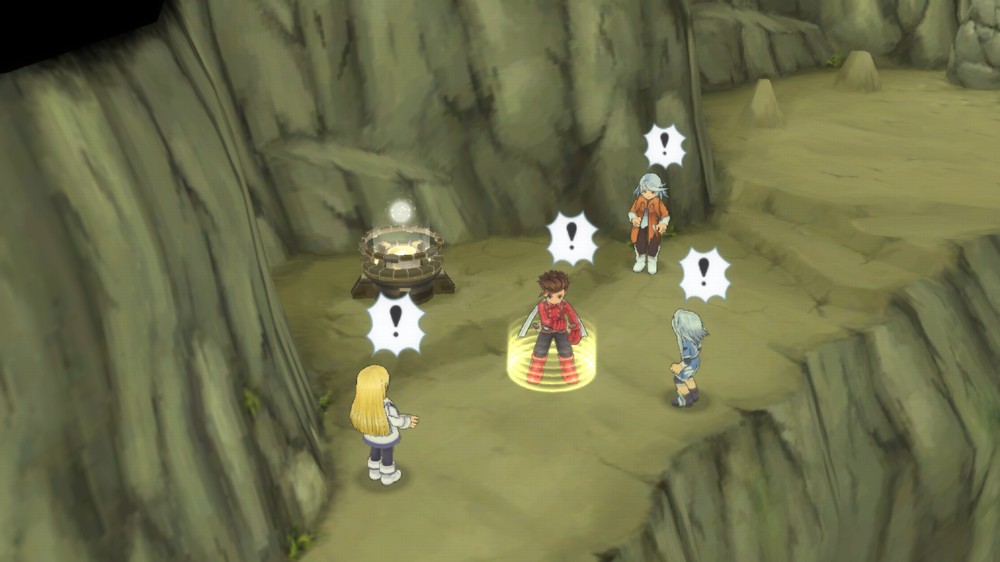 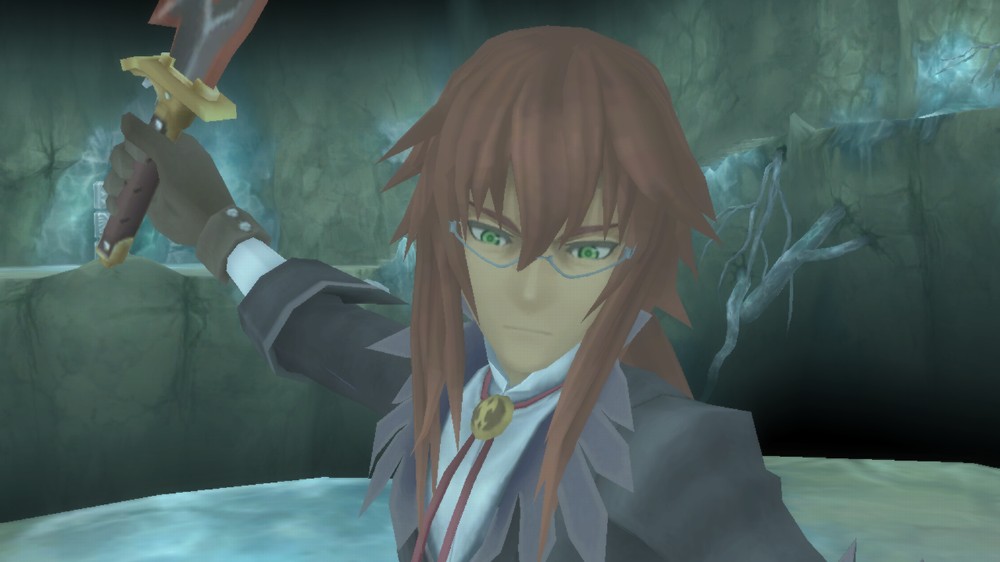 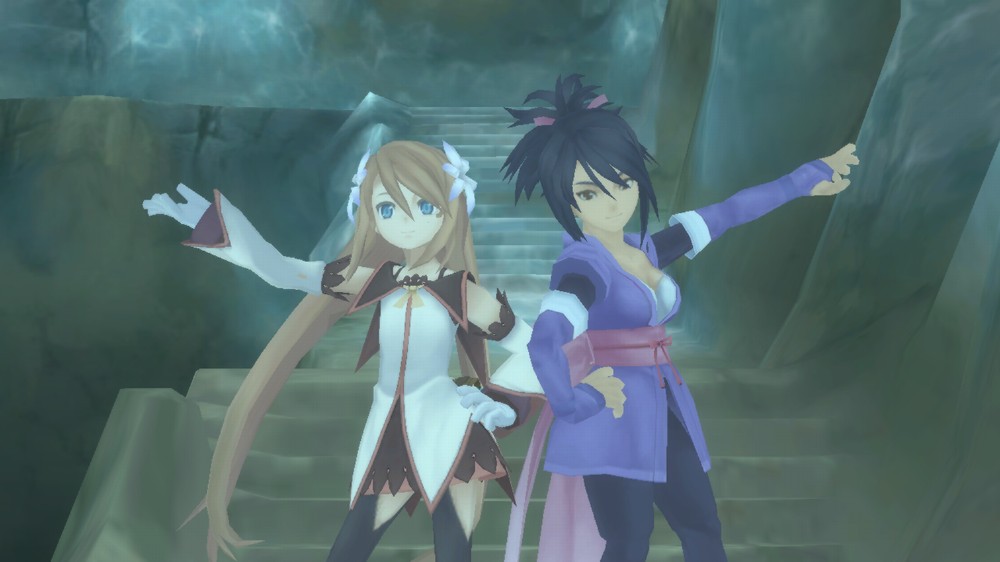 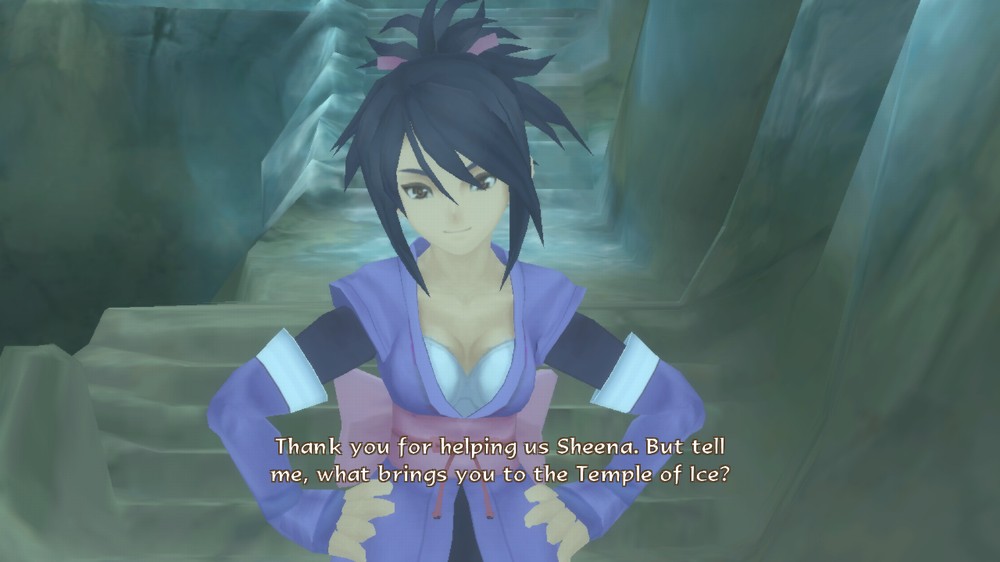 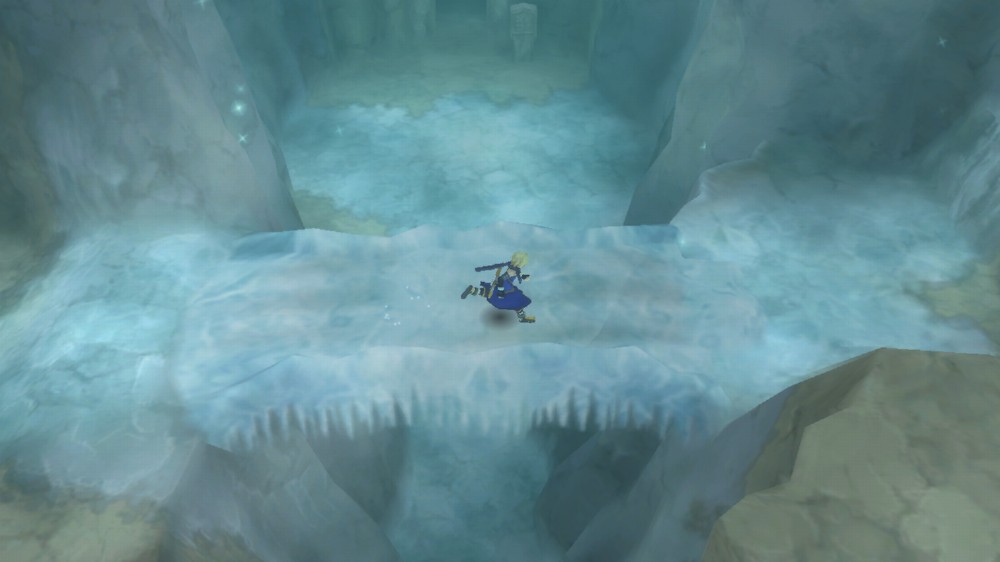 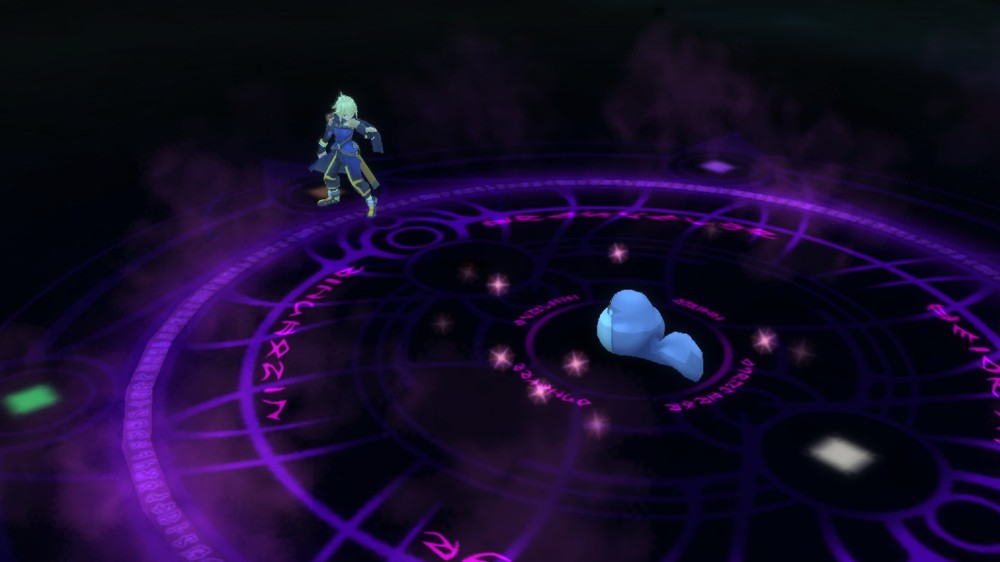 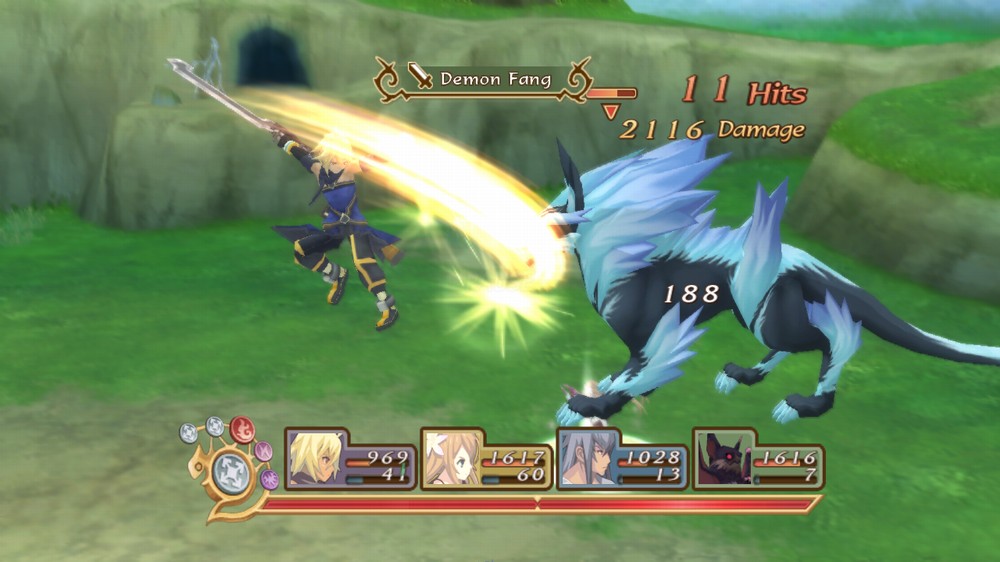 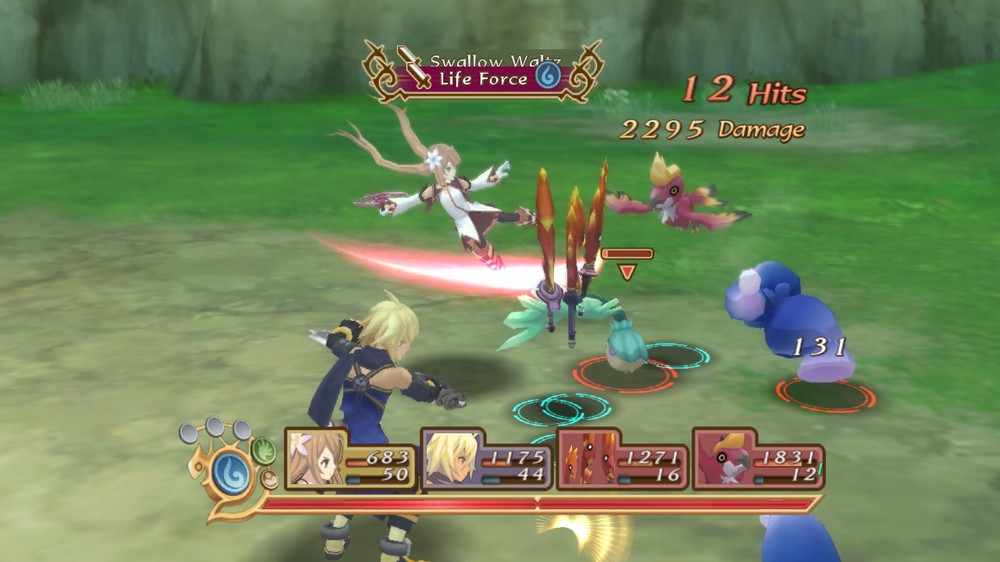 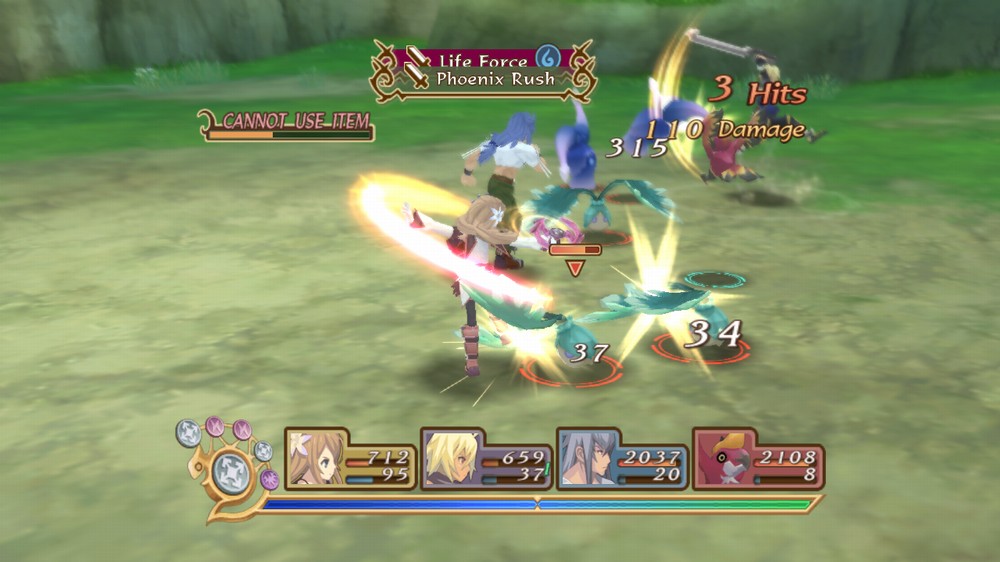 1
51
The Falconeer First-Look Preview – PC
2
48
Synth Riders Celebrates Anniversary with a Month Full of Treats and an Oculus Ques...
3
46
Take to the Skies and Choose a Side in the New Trailer for Next Generation Air Com...
4
44
Worm Jazz Review – PC
5
41
Metamorphosis is 33% Off on Steam!
6
40
Werewolf: The Apocalypse – Heart of the Forest launches on October the 13th
All Original Content on Game Chronicles is Copyright (c) 2002-2020
Sinjin Solves Walkthroughs Copyright (c) 1996-2020 by Mark Smith