Tales from the Borderlands Episode 5: ‘The Vault of the Traveler’ Review – PC/Steam

One of the strongest individual episodes that Telltale Games has released.

Nearly a year after we first saw Rhys and Vaughn make their way to Pandora in an attempt to nab themselves a vault key, Telltale Games have released ‘The Vault of the Traveler’, the fifth and final episode in the first season of Tales From The Borderlands. Initially, I wasn’t particularly impressed with the series, finding the first couple of episodes slow to get going and fairly formulaic in the delivery. However, from the third episode onwards it felt like Telltale got a real hold on their characters and where the narrative was heading, and the series started to hit its stride in a strong way.

It’s always concerning to come to the end of an episodic game, as it’s often here where it becomes clear if your investment of both time and money has been worth it. This is especially true in the case of Tales from The Borderlands, with its close to 12-month run time, but thankfully ‘The Vault of the Traveler’ ends the season on a strong note, both in terms of story and how the episode itself actually plays. There’s the typical Borderlands mix of humor, gun fights and betrayals, and though it still feels a little too much like you don’t really have any control over where the story is going, for the most part I was happy to sit back and enjoy the ride, merely delivering directional inputs and conversational choices when prompted. 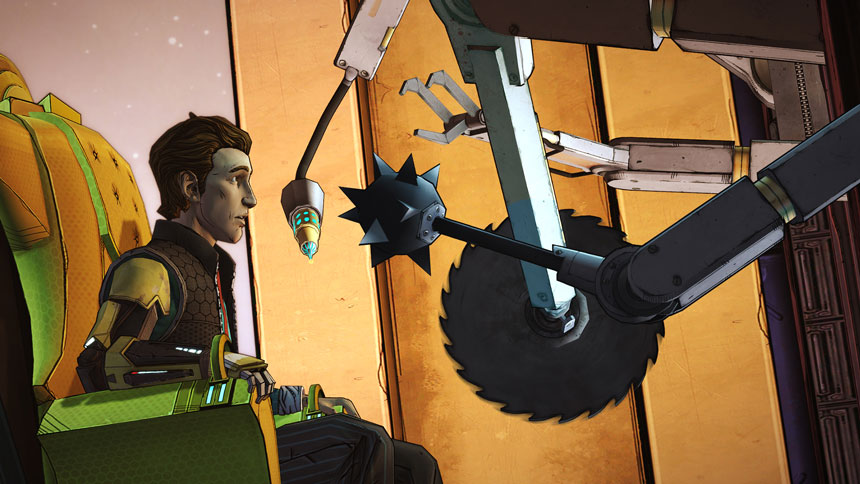 Episode Four of Tales from the Borderlands ended with our gang aboard Helios, the Hyperion-run orbital space station, with Rhys seemingly in the phantom clutches of Handsome Jack. Without attempting to spoil too much, this sequence ends with Handsome Jack in control of Helios and Rhys and Fiona heading back down to the surface of Pandora a little sooner than they had perhaps anticipated. There are a couple of occurrences in this episode which, along with certain events in previous episodes, will be interesting to see if they affect the core Borderlands experience. When Tales from the Borderlands first began, it seemed as if it would be a story located on the periphery of the Borderlands universe that players are familiar with, perhaps with the occasional recognizable cameo, but come the end of this season, it looks as if the actions of Rhys and Fiona will have lasting repercussions on future Borderlands titles. 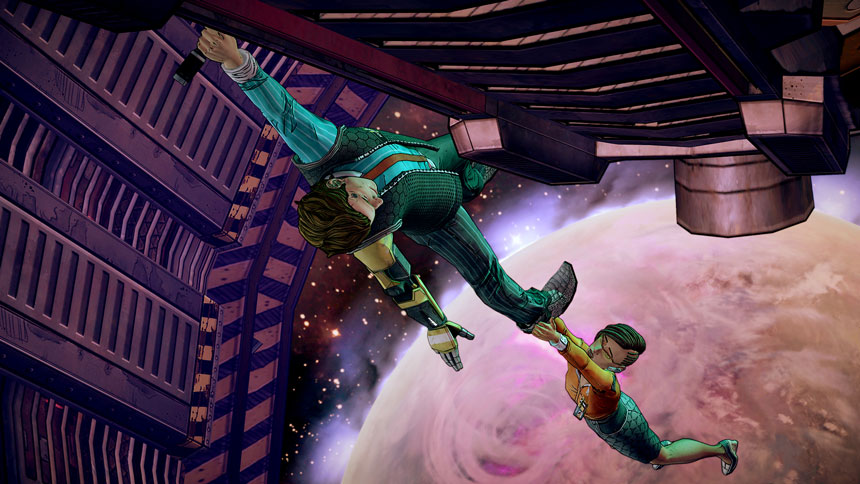 In terms of occurrences with ‘The Vault of the Traveler’, however, there’s a lot here that both answers questions players have had since the first episode, as well as standalone events which are highpoints of the season in their own right. From an excellent reveal of just who has been dragging Rhys and Fiona across Pandora, to a sequence of fairly brutal self-mutilation, to a Breaking Bad-esque scene of trickery, ‘The Vault of the Traveler’ consistently delivers memorable moments, culminating if the form of boss fight that I never thought I’d see in a Telltale game, but works incredibly well. Episode Five of Tales from the Borderlands is perhaps the episode that I enjoyed most, and it continued the season’s upward climb in terms of quality. 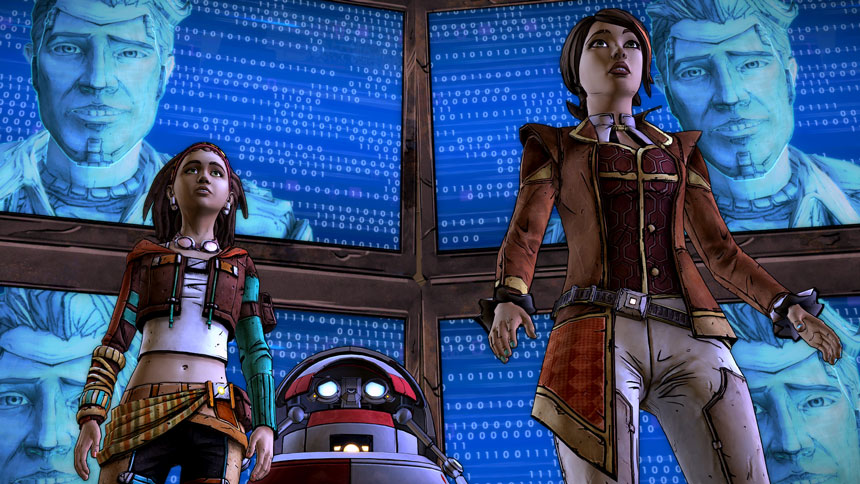 Reviewing the final episode of a Telltale season is an interesting prospect, because as well as reviewing the episode in isolation, it gives you the chance to look back over the season as a whole. Summarizing my thoughts about ‘The Vault of the Traveler’ is easy though; it’s definitely one of the strongest individual episodes that Telltale Games has released. In terms of Tales from the Borderlands as a whole, it feels almost as if the entire season increased in quality and enjoyableness from one episode to the next, becoming stronger as the season progressed.

Compared to The Walking Dead’s fairly depressing atmosphere, Tales from the Borderlands is a lot more lighthearted, but still features moments of sheer brutality and some difficult moral choices. If you dropped off of the series after the first couple of episodes, Tales from the Borderlands is worth returning to, as episodes 3-5 are worth the price of admission alone. 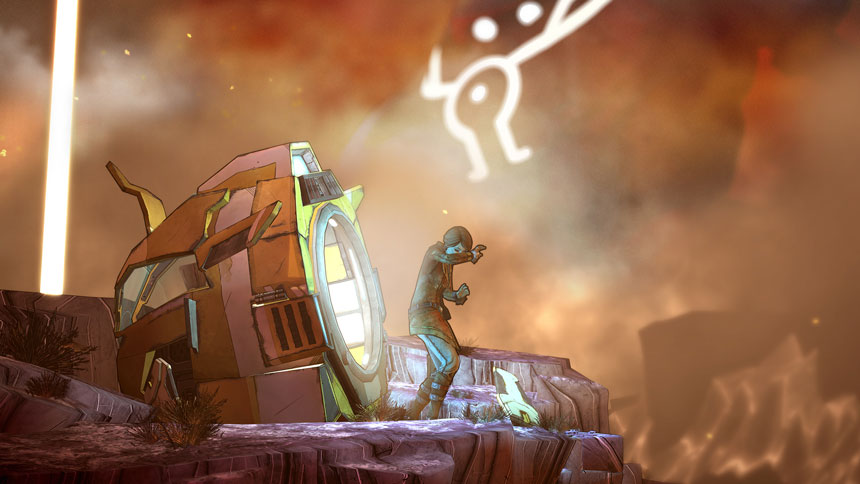