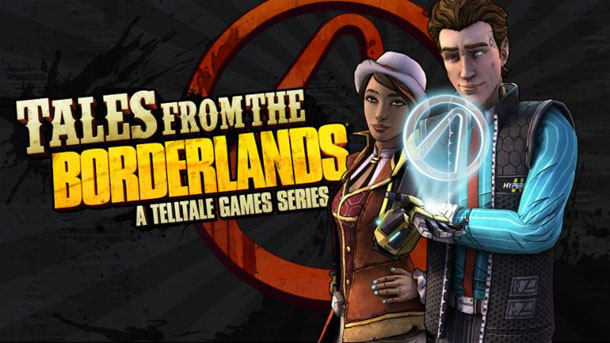 Nails the feel of the Borderlands universe
Great storytelling, with strong writing and fascinating characters
Feels different from any previous Telltale series

Borderlands, a series about shooting, looting, and cooperative play, doesn’t immediately stand out as a good fit for the Telltale Games formula. Telltale’s game series, such as The Walking Dead and The Wolf Among Us, pride themselves on being a solo experience, with conversations and light-puzzle solving being their main focus. I was surprised, then, to discover how excited and intrigued I was by the announcement of Tales from the Borderlands, an episodic series that has players returning to the world of Pandora.

Zer0 Sum, the first episode of Tales from the Borderlands, casts players as two different characters. The episode starts with Rhys, a Hyperion employee who has been cheated out of a promotion, and so travels to the surface of Pandora in an attempt to both exact revenge on those who wronged him and regain his place in the higher echelons of Hyperion management. While on the planet’s surface, and through a series of appropriately violent and amusing events, Rhys meets Fiona, our second playable character. Fiona is a Pandoran native and unashamed con-artist, and without trying to give too much away, the first part of Fiona’s essentially shows you just how much of fool both Rhys, and yourself, have been in the prior forty-five minutes or so. It’s a great piece of writing, and was the particular moment the got me invested in the Tales from the Borderlands world. 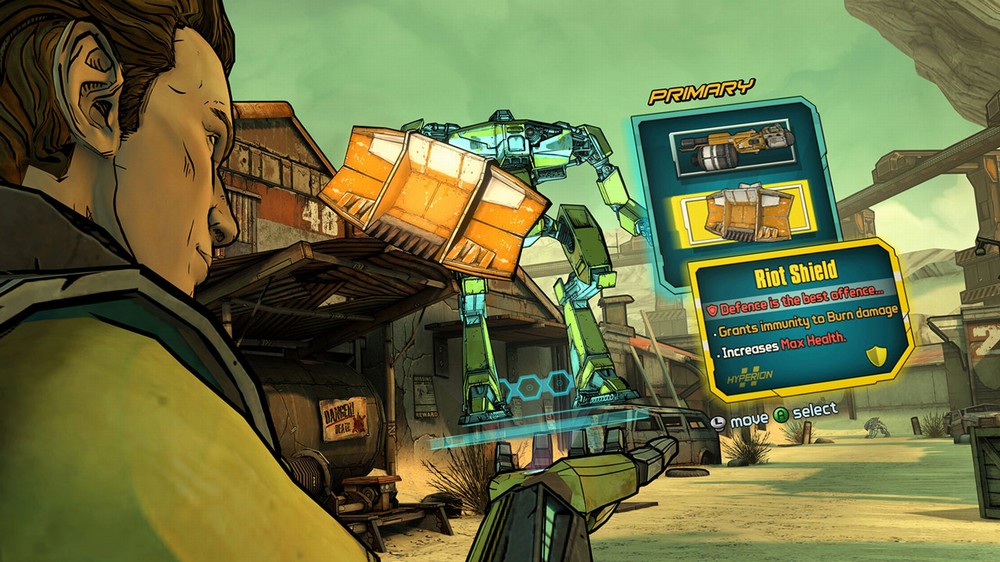 The writing throughout Zer0 Sum is of a typically high quality for a Telltale Games venture, and does a great job of nailing the sense of humor that has become a trademark for the Borderlands series. It was quite refreshing, having recently played both seasons of the Walking Dead, to be able to answer questions with a sardonic reply or light-hearted remark rather than constantly fearing that party members would leave me to the zombie horde if I so much as looked at them the wrong way. Don’t get me wrong, there are moments within Zer0 Sum that rack up the tension, and leave you wondering which decision will prove to be the lesser of two evils, but the general tone of the game is incredibly similar to that of the core Borderlands titles, and so those who are worried that Telltale Games would suddenly make Borderlands serious and borderline depressing needn’t be concerned.

Rhys and Fiona are both given different abilities that complement their particular characteristics, in a similar manner to the different Vault Hunters with other Borderlands games. Because Rhys has cybernetic parts, such as one of his eyes, he is given an ability called ‘Echo-Eye’, which allows him to scan objects and glean extra information from them. Though this ability is only used once as part of the narrative, it throws up amusing tidbits of information during exploration phases of the game, and fits with the idea that Rhys doesn’t know much about the planet of Pandora. Fiona, on the other hand, can collect money from the world, and uses this to buy a shortcut through particular sections of dialogue, if it looks like her charm alone isn’t going to be enough to earn a successful outcome. 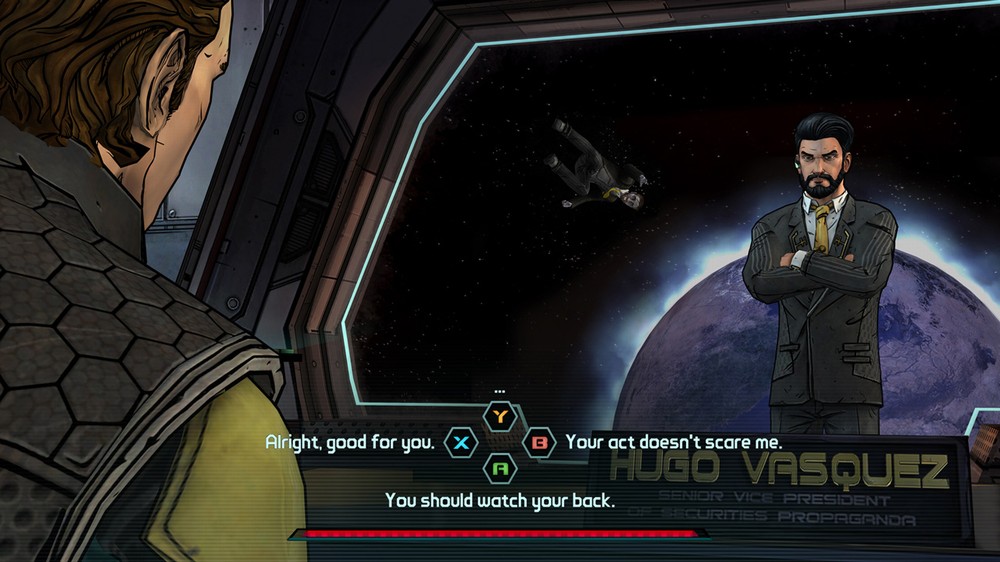 Aesthetically, Zer0 Sum is a perfect match for the regular Borderlands series, even down to the use of contemporary music during the introductory credits. Characters and environments follow the recognizable cel-shaded pattern and the text that denotes whether you’re currently playing as Rhys or Fiona has a Hyperion or Pandoran flair, respectively. There’s a wild and wacky cast of characters on show, some of whom return from other Borderlands games, and others who feel right at home within this world, and of whom I’m eager to see more of.

Zer0 Sum is an incredibly strong start to what will hopefully be yet another stellar series from the folks at Telltale Games, and I’ll definitely be following the remaining episodes closely. The story told within this first episode does an excellent job of setting up the two main characters, their fellow cast of allies and enemies, and what they’re doing and why, while still maintaining a good air of mystery as to what’s going on in the bigger picture. If you enjoyed either The Walking Dead or any of the Borderlands games, then I’ll suspect that you’ll find plenty to enjoy within Zer0 Sum, and if you happened to enjoy both, then you’re in for a real treat with this first episode of Tales from the Borderlands. 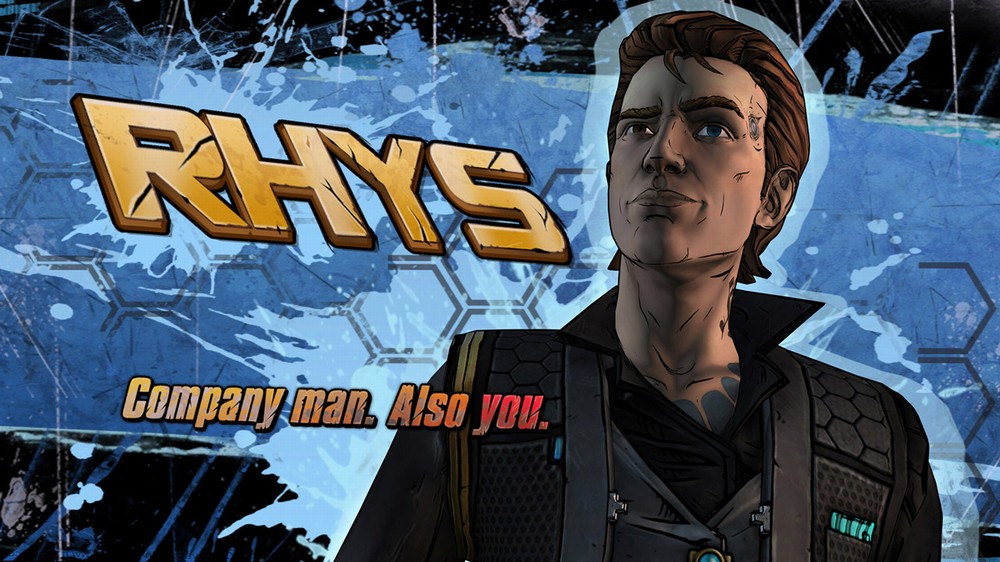 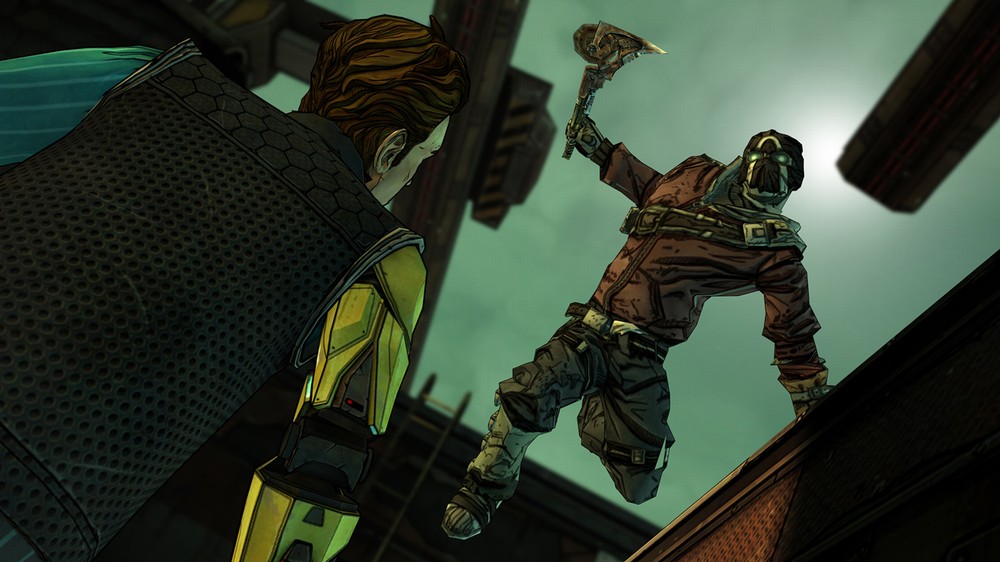 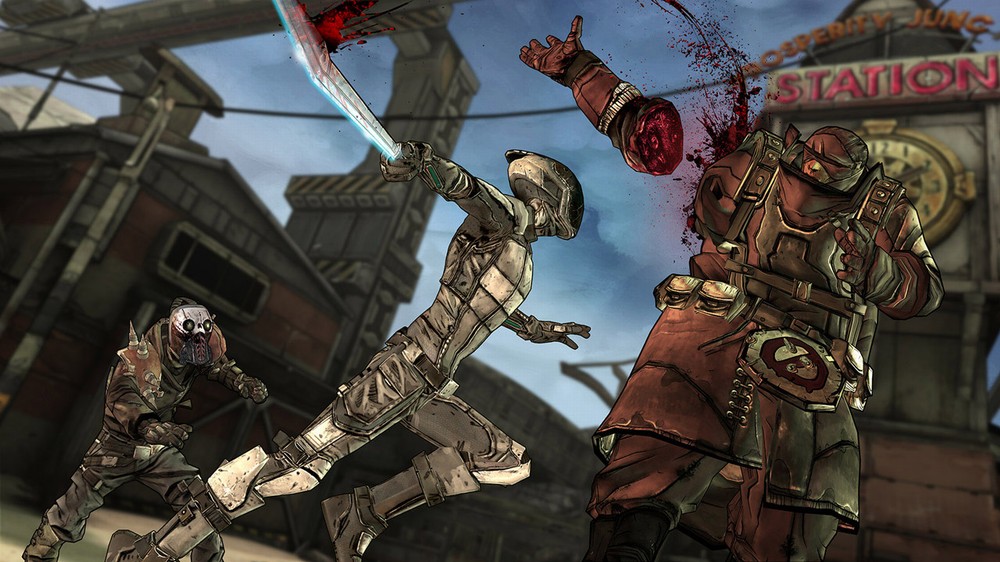 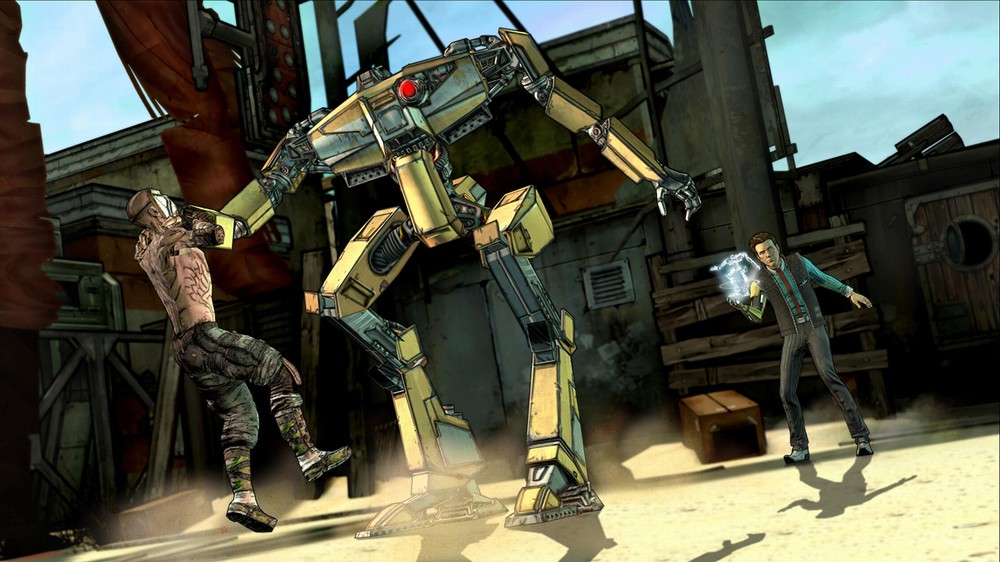 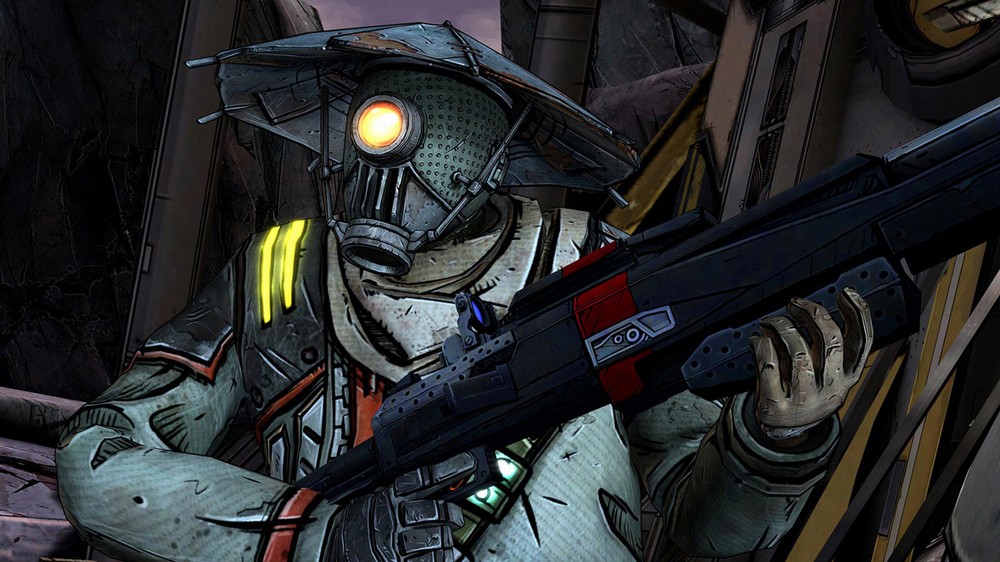 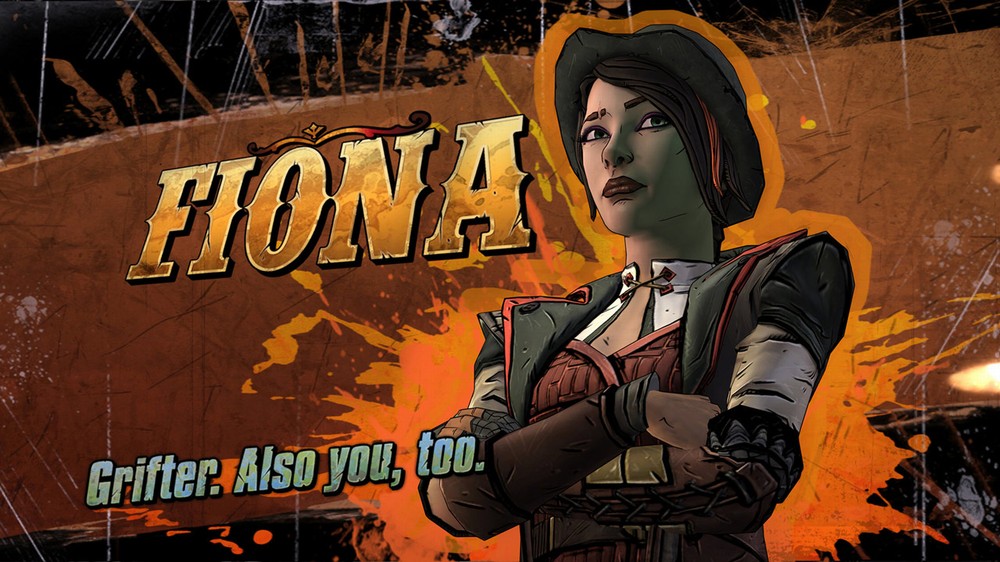 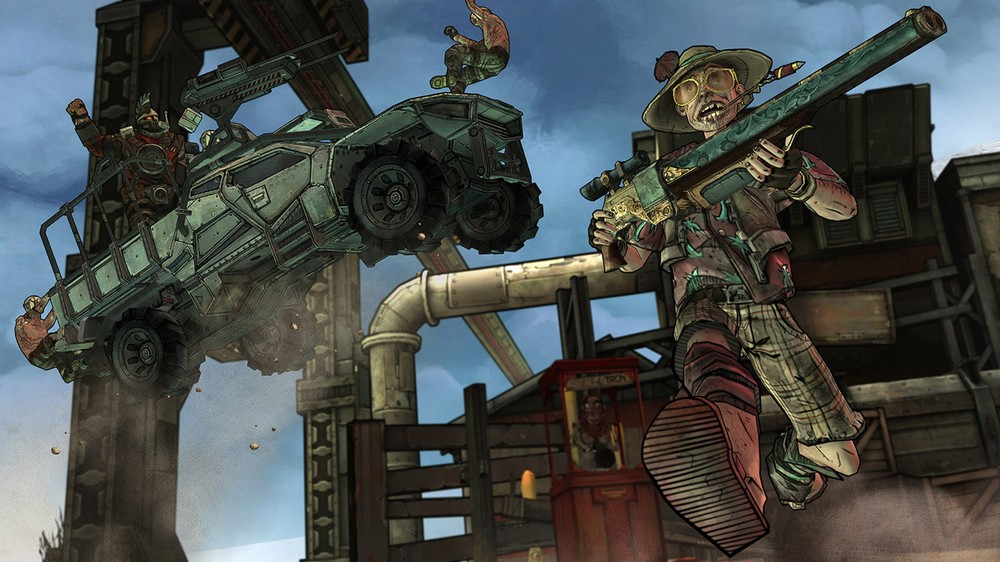 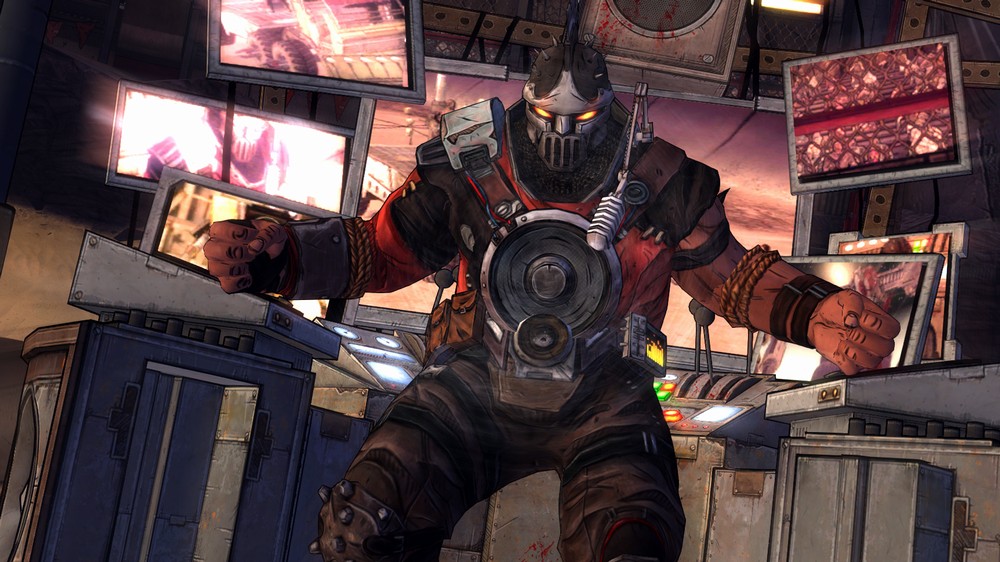 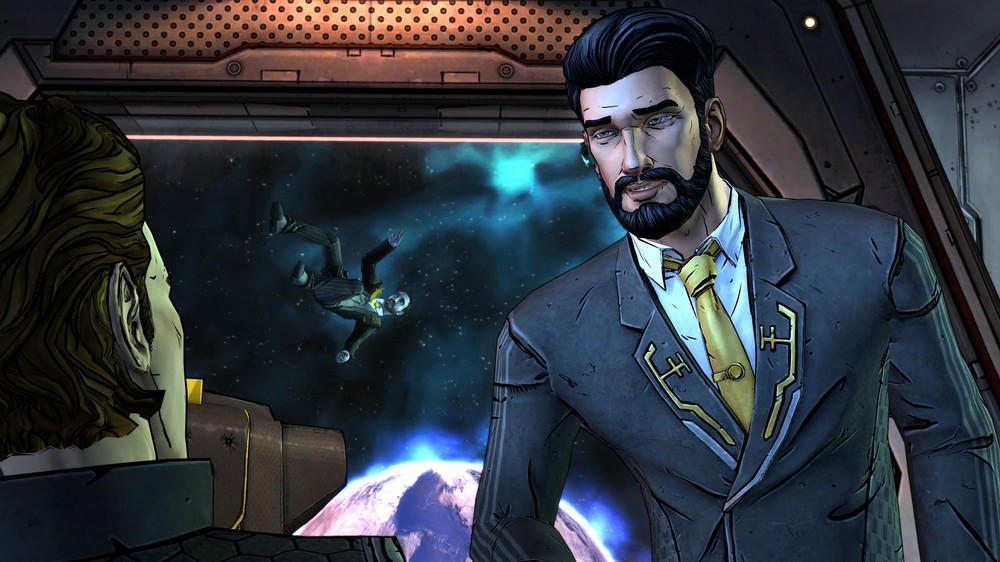 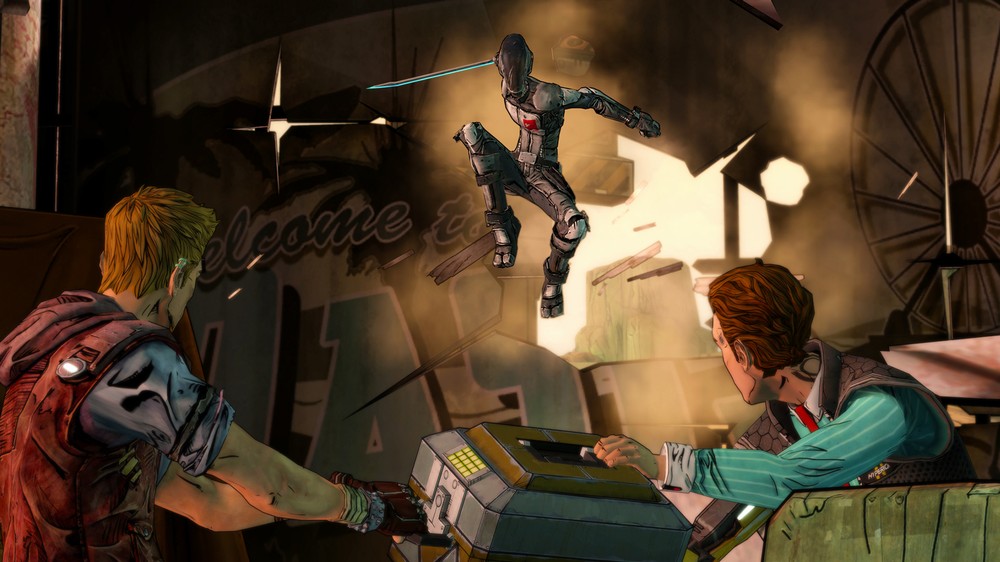 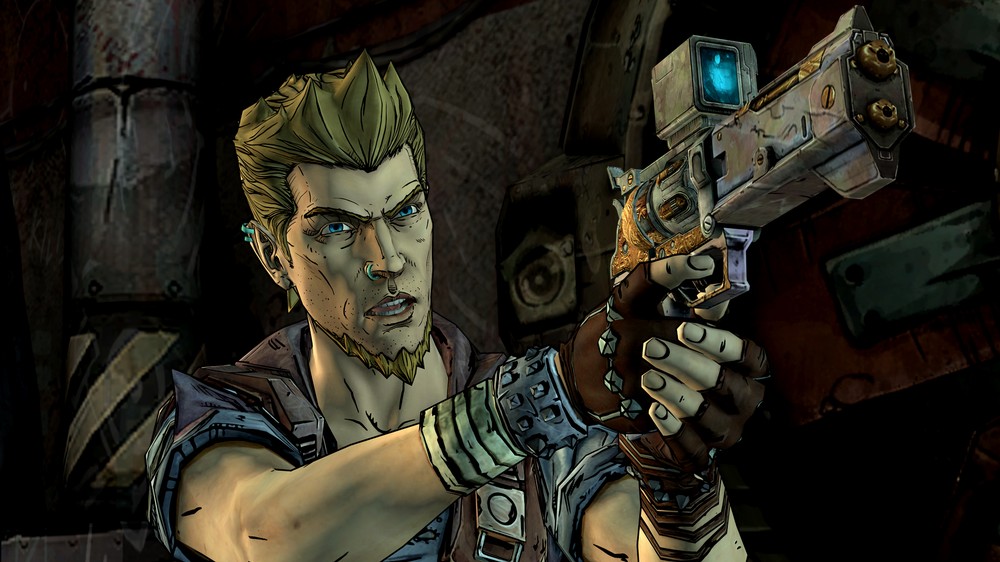 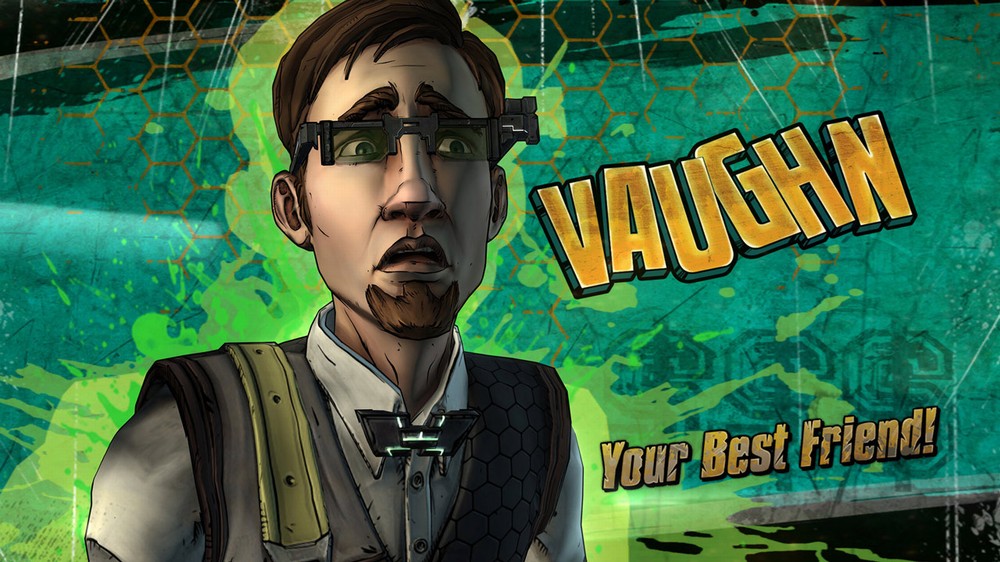 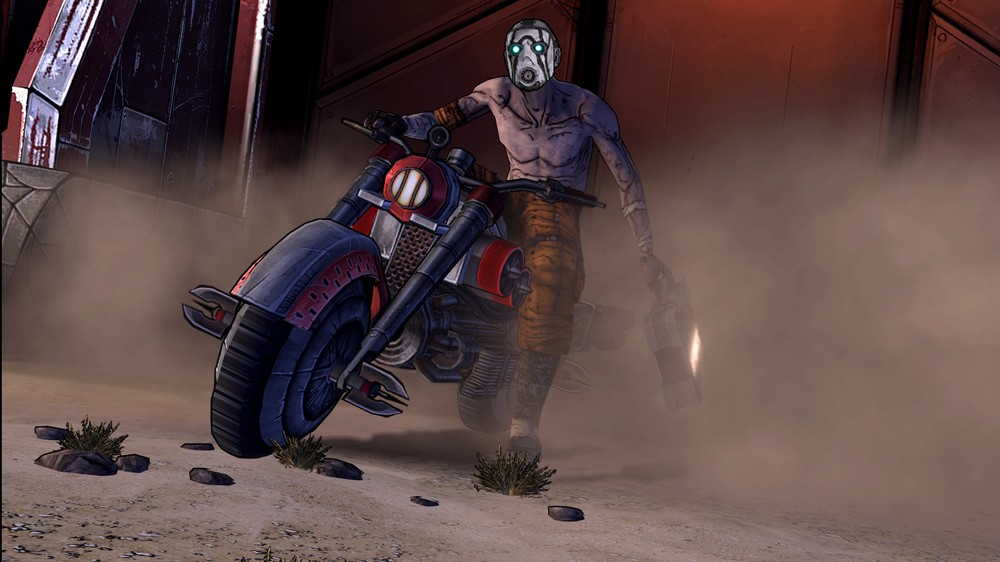 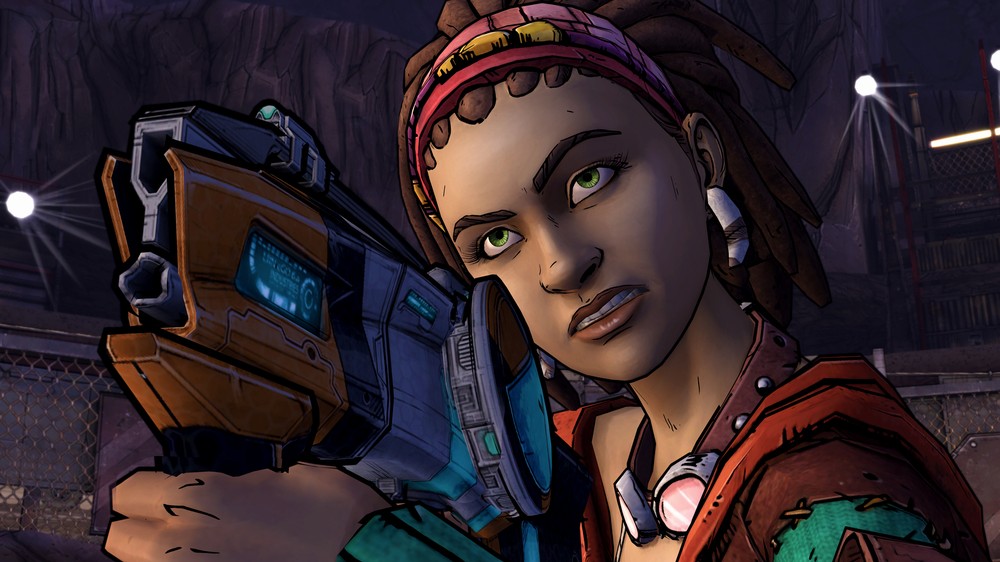 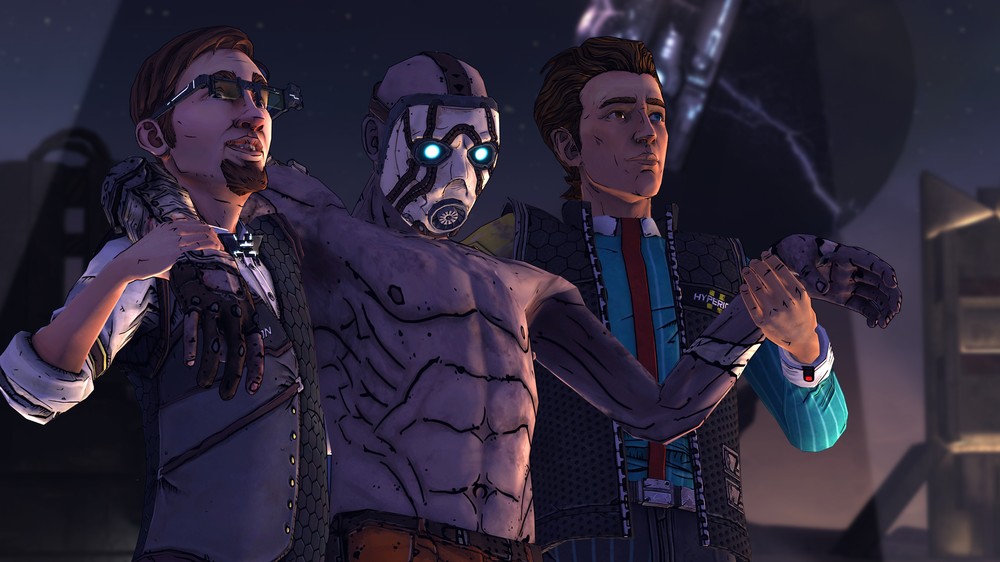