Puzzle mode is short and not as addictive as main game. No checkpoints so failing results in starting over and going through very easy levels to get back to the challenging ones.

Surge Deluxe is not your everyday match-three puzzle game.  Prepare to be assaulted by blazing neon colors and thumping techno-trance music that are only partially responsible for the overwhelming addictive power of this new Vita game.  The gameplay premise is unique in that rather than swapping block positions to arrange matching adjoining tiles, Surge Deluxe has you connecting same-color tiles by drawing a connecting bolt of electricity from one to the next – as many as you can without overlapping the stream.

What sounds remarkably simple in theory is fiendishly clever and totally addicting as you start to progress past the easier opening levels and move deeper into the game where each new puzzle board is more complex than the last and new power-ups and multipliers start to reveal themselves.  If all this weren’t addicting enough, the fantastic leaderboard system seals the deal and ensures you will be playing Surge Deluxe a lot longer than you probably should, as you are constantly being taunted with the next name and score to beat. 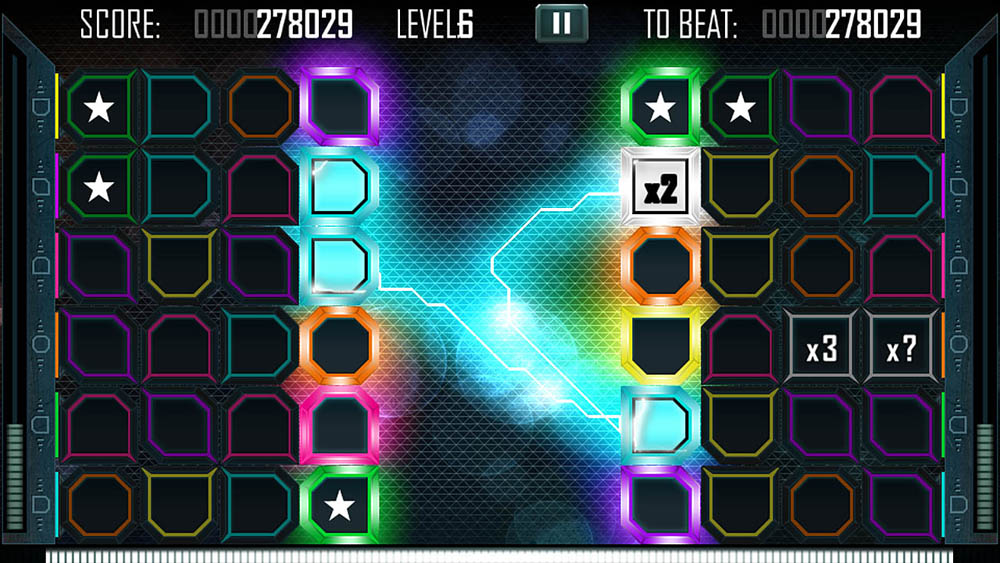 Mastering the game could take weeks or months.   I’ve logged over 15 hours and I’m still seeing and learning new stuff every time I play.  The pacing is frantic and there are times when the game seems a bit random and even out of my control, but there are other times where I can see and plan ahead to make an awesome 6+ block combo and nail a power-up.  To make things even more intense you are under the added stress of a timer along the bottom of the screen and two pressure bars along each side.  Those pressure bars are slowly rising and the only way to relieve pressure is to clear away blocks so you can open the colored vents on the walls, which in turn increase the point value of matching colored blocks.

Each puzzle board is static in that there is no cascading or movement of blocks, although there are some power-ups that can change a block’s color.  This gives you the advantage to analyze each new board briefly and plan your best strategy for eliminating blocks, keeping that pressure low, and combo scores high.  I was impressed that the designers were thoughtful of color-blind gamers and chose to include various shapes on the blocks as an alternative way to match. 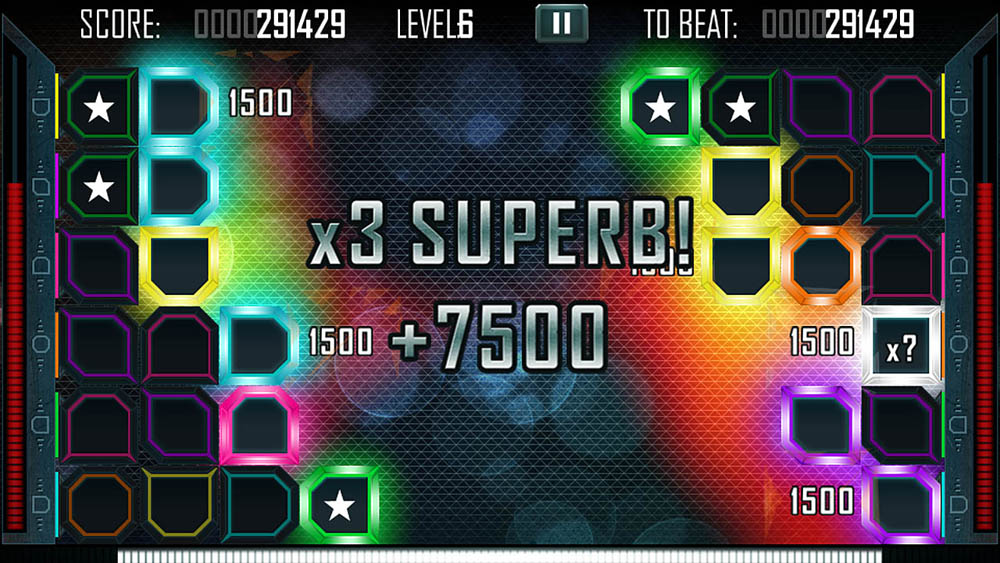 The presentation is dazzling despite the simple block-shaped premise.  Vibrant colors and electrifying special effects are constantly at work and the energetic music composed by Joris de Man is a unique mix of Sound Shapes and Wipeout.  Putting this on the Vita was a no-brainer as the touch-based gameplay is the only way to play Surge Deluxe.  The touchscreen is responsive and you get this rush as energy crackles and trails behind your fingertip.

Surge Deluxe is mostly about the endless experience of beating your last score and climbing those leaderboards.  Levels are randomly generated and endless, so your only enemies are the clock and the pressure bars.   For those looking for something a bit more casual there is a Puzzle Mode where you are asked to beat certain scores using only the blocks available.  It’s a more thoughtful and somewhat relaxing game that even comes with its own leaderboard. 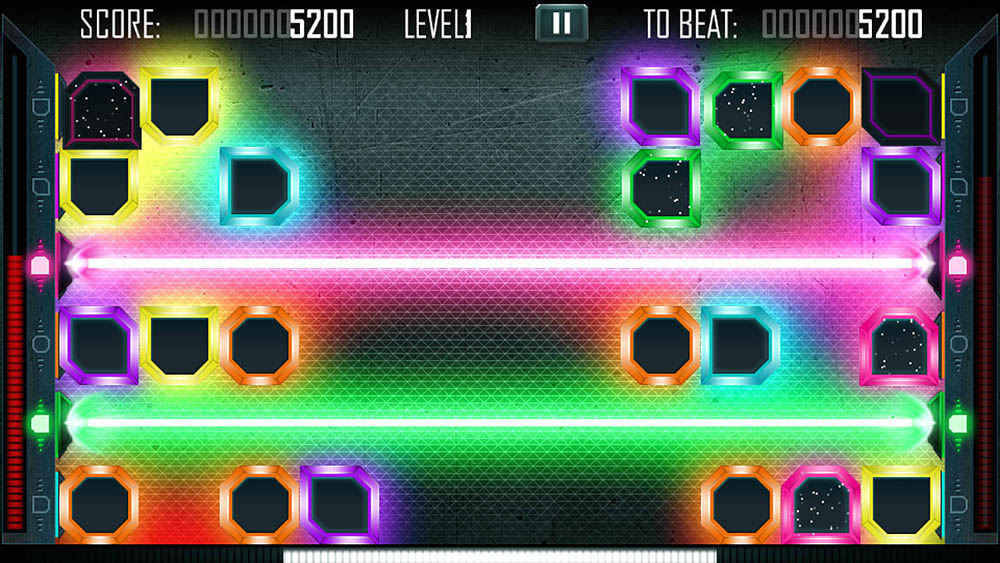 If you are a fan of the match-three style of puzzle games then Surge Deluxe is a clever take on the genre with some dazzling visuals, memorable music, and addictive gameplay that will keep you coming back for “just a few more attempts” every time you pick up your Vita.

Checkout the game in action in this gameplay trailer:

1
47
The Falconeer First-Look Preview – PC
2
43
Synth Riders Celebrates Anniversary with a Month Full of Treats and an Oculus Ques...
3
36
Metamorphosis is 33% Off on Steam!
4
36
Werewolf: The Apocalypse – Heart of the Forest launches on October the 13th
5
29
Worm Jazz Review – PC
6
23
Take to the Skies and Choose a Side in the New Trailer for Next Generation Air Com...
All Original Content on Game Chronicles is Copyright (c) 2002-2020
Sinjin Solves Walkthroughs Copyright (c) 1996-2020 by Mark Smith