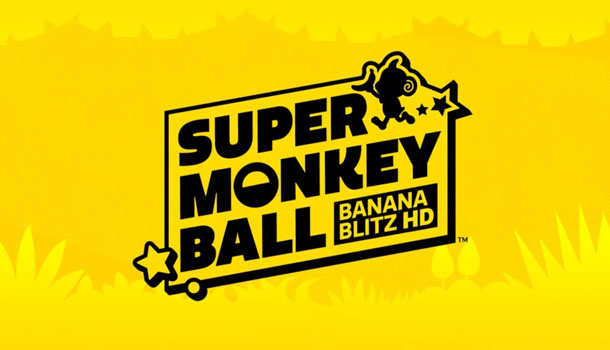 Nearly every aspect of the fantastic original game has been ruined in this remaster.

Originally released for Christmas 2006; Super Monkey Ball: Banana Blitz seemed like the perfect game to make use of the innovative motion controls for the Nintendo Wii. It not only featured 100 challenging levels but also included 50 entertaining mini-games that made this a great game for parties or family game night – something the Wii was known for. Sadly, none of that magic has made it into the PS4 remaster despite taking 13 years to get here. This is a sad and overpriced attempt to tug on our nostalgia, and a game that should be avoided at all costs.

Super Monkey Ball: Banana Blitz HD offers a modest boost in visual quality, both in resolution and texture details, but the game still shows its unmistakable Nintendo roots. The essence of the game remains unchanged as you roll your monkey inside his hamster ball around twisting, turning, and violently tilting levels collecting bananas like Pac-Man dots as you race to the finish gate upon which are you are scored based on completion time and bananas collected. Don’t like your score? Do it all again, and again, and again. This is a pure arcade game design where it’s all about the high/best scores. There are some boss fights thrown in at the end of every level group, but these are awkward affairs despite the game telling you exactly how to beat them. You’ll fight the controls more than the actual boss in order to win. 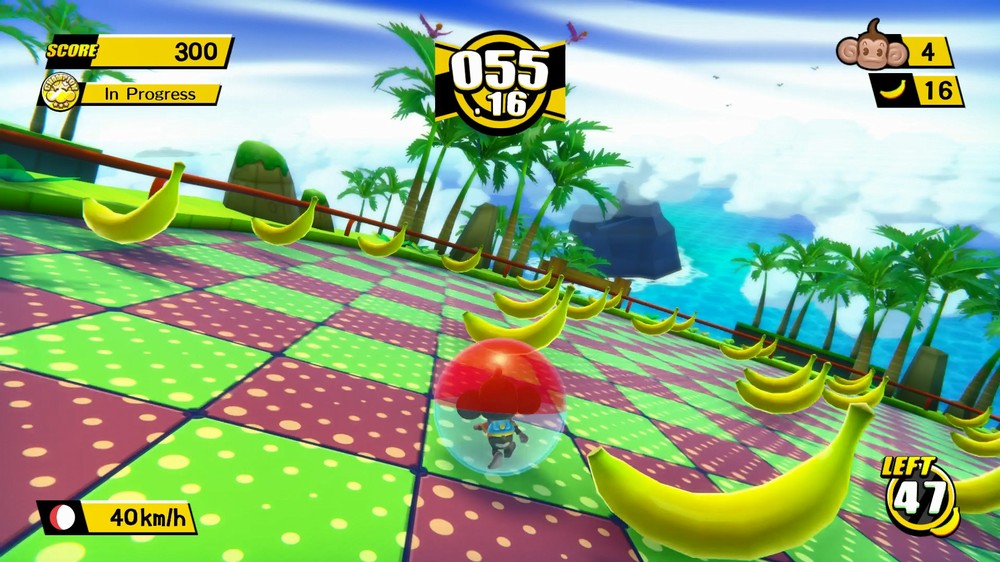 There are ten worlds with eight stages each plus a bonus and boss level. In addition to replaying for high scores the designers are banking on your OCD to finish the game as all the included characters as well as Sonic, the already-revealed mystery character. All of these characters have varied attributes, none of which really translate into the game since everything is filtered through the horrible controls.

What was a rather enjoyable game back on the Wii is total monkey poo on the PS4. There was no attempt to mirror the motion controls of the Wii to the SIXAXIS feature of the DualShock4, so you are left with these super-sensitive analog controls where any movement of the analog stick will sharply tilt the entire screen. I’m not prone to motion sickness – I spend a good portion of my life inside VR – but I was ready to vomit after just a few levels of Banana Blitz HD. Rather than steering the ball you tip the entire world to make the ball go where you want. The resulting animation is abrupt with the entire level tipping 45-degrees to either side with just a nudge on the stick. There is no range of motion or level of accuracy to the controls; just violent shifts in direction that create oversteer and constant correction; especially when combined with the awkward camera angle that you have no control over. Just trying to navigate down a twisting path will have you bouncing off or simply riding the guardrails, usually missing all the bananas in the middle of the path. 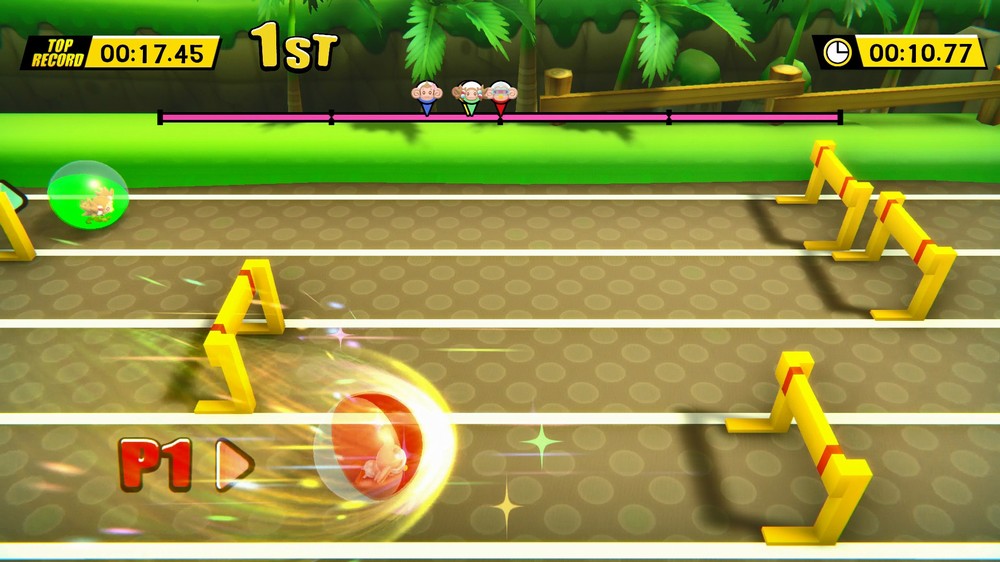 Even back on the Wii the solo game was fairly disposable, and everybody was getting Super Monkey Ball: Banana Blitz almost entirely for the mini-games, but what was once a library of 50 games on the Wii has been filtered down to the “top ten” games for the PS4. I’m not sure what is more shocking; the sheer laziness of SEGA not wanting to take the time to bring over the entire collection or the actual ten games they thought were “the best”. There were maybe two out of ten I could even tolerate; a Plinko variant where you tilted ramps to collect bananas before dropping the monkey ball on a ground target, and a top-down version of the main game where you raced to the finish on a narrow path with no rails. All the rest were horribly designed and executed with poor controls and abysmal gameplay. I didn’t think it was possible to mess up a snowboarding game, and the 3D slingshot clearly inspired by Angry Birds was total trash. There were two nods to Konami’s Track and Field with hurdles and a hammer throw event; all unplayable due to controls. Who uses alternating L1/R1 for rapid tapping to run?! The Space Invaders shooter, Capture the Flag on ice and the horrible adaptation of Whack-a-Mole were just icing on this already spoiled cake.

Super Monkey Ball: Banana Blitz HD is easily one of the worst PS4 games of the year and easily one of the worst remasters of all time. The only positive thing you can say about the game are that the graphics and sound are slightly improved upon the Wii original, but everything else of substance has either been removed or broken in this problematic and frankly unplayable port. The only way I would ever recommend you play this is if it becomes a PS Plus freebie just so you can see how truly awful it is. 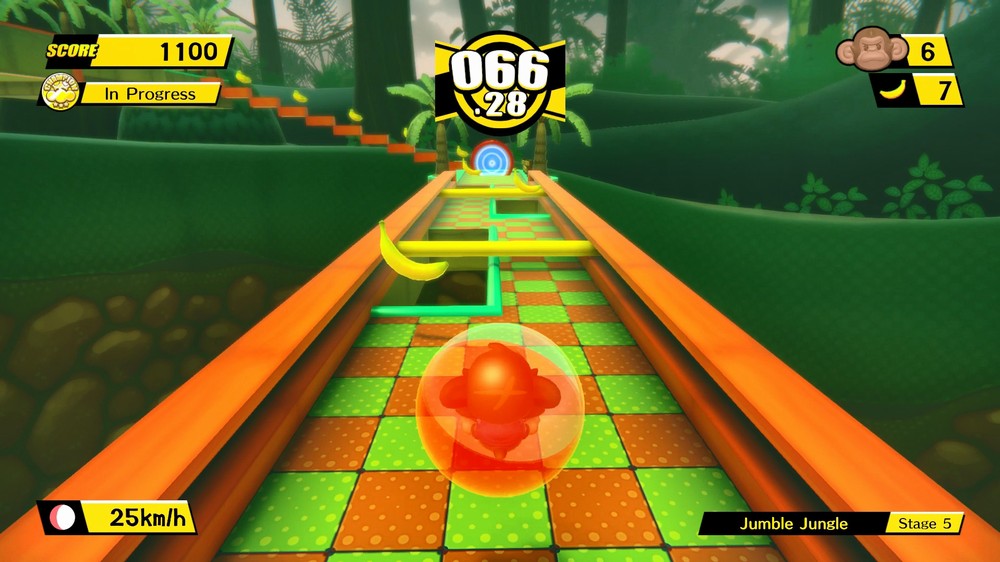 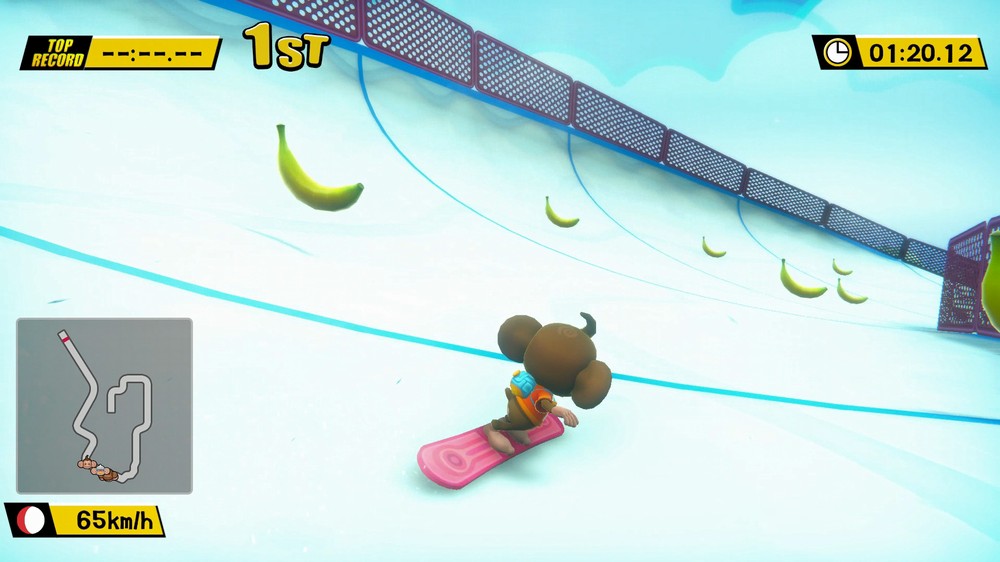 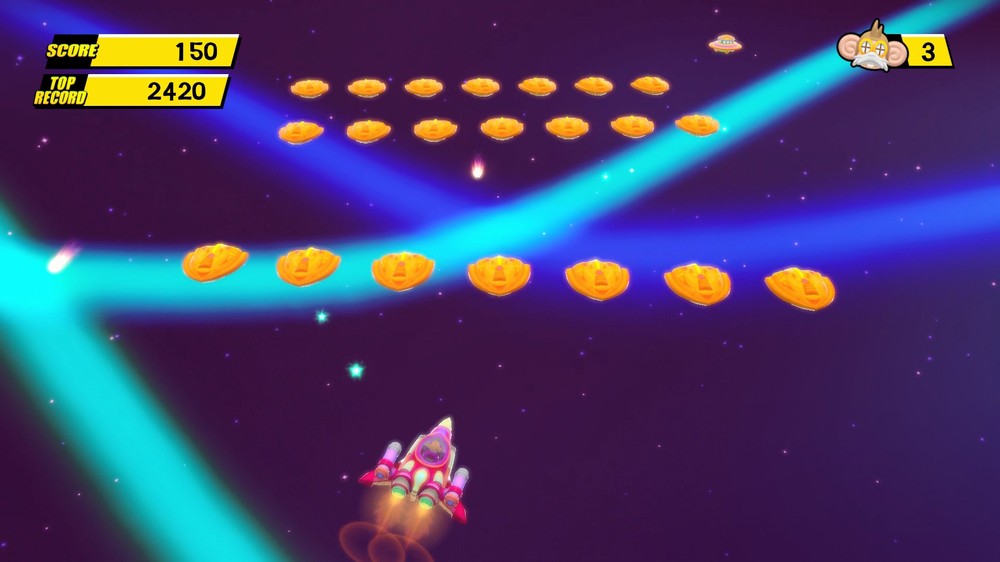