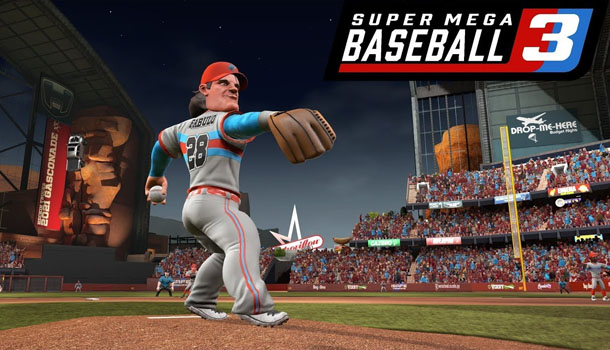 - Still lacks a few elements to make it the "complete package".

The biggest and best installment of the franchise yet.

With the exception of a few aging franchises (mostly from EA Sports) sports games have dwindled and died.  Even the ones that remain are pale and pathetic attempts for keep their various brands alive.  I remember looking forward to a new Madden or FIFA game…ten years ago, and ever since the last PGA Tour game in 2015 we’ve all been starving for a new golf game – and we finally get one this summer.  America’s favorite pastime has also been severely underrepresented this generation, and outside of a few PC managerial sims and the yearly PlayStation release of MLB: The Show you’d have better luck finding a baseball game at your local pub or civic center than a video game store.  And for fans of the real sport, it looks like our 2020 season is postponed indefinitely.

Thankfully, Metalhead Software is here to save the day with their third and best installment of their Super Mega Baseball franchise.  I’ve been playing and loving this series ever since the original debuted in 2014, coincidentally the same year I stopped playing MLB: The Show.  At the time Super Mega Baseball was purely arcade fare, lacking in all the serious backend nuances of the sport, but for those looking for a fast and fun baseball game with solid controls and charming graphics this was arguably one of the best sports games of the year.  Things only got better in 2018 when the sequel arrived.  Super Mega Baseball 2 improved on the game in nearly every possible way yet still lacked the depth that serious baseball fans were craving. 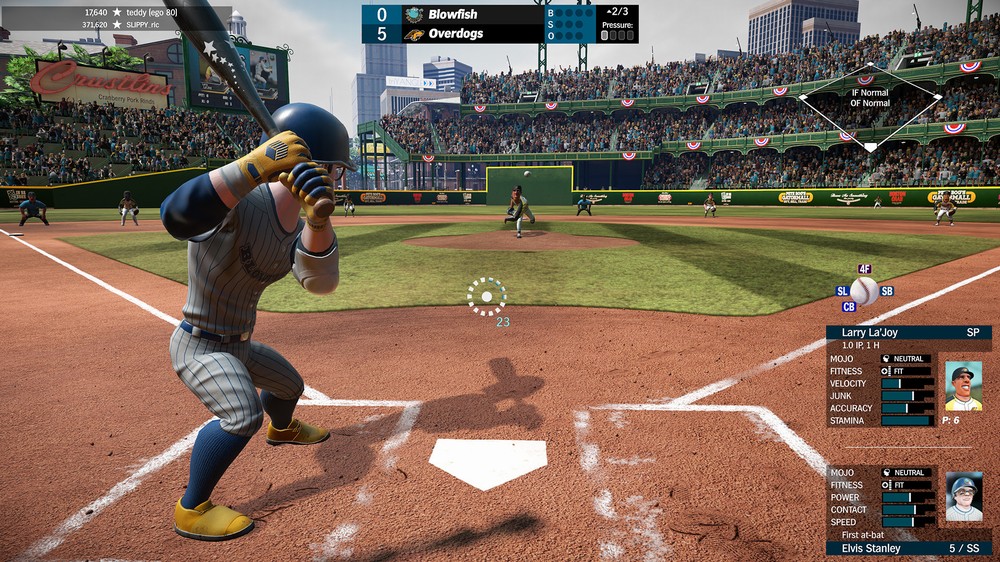 That catches us up to today and Super Mega Baseball 3, the best version of the game that we already love, now enhanced with all of the optional hardcore simulation aspects that franchise fans have been requesting.  There are plenty of fan-favorite modes to play including the new Franchise mode, and nearly every part of the game can be shared locally or online – even the Franchise mode.  The game is perfectly playable solo or you can bring in a friend to go 2vCPU on Exhibition, Pennant, Season or Elimination games.  You can also play against your friends in exciting head-to-head games including 2v2 matches.  There is also an online-only Pennant Race mode for those looking for the ultimate challenge and bragging rights.  Or perhaps you just want to watch a game of baseball.  The CPUvCPU mode will allow you to do just that.  It’s also worth noting that the online modes now support crossplay with other systems creating a much larger online community of players.

At the core of every baseball game are the controls and Super Mega Baseball 3 has some of the best with a fantastic pitching and swinging game that, in my opinion, is far superior, intuitive, and fun than any other baseball game out there.  You have the timed contact hit or the press-and-hold power hit all playing into anticipating the pitch within the zone box.  On the mound you have a diverse selection of pitches that vary by pitcher that you will need to strategically mix up to keep the batter guessing.  There are new mechanics for stealing bases or picking off the runners who try, as well as wild pitches and even an optional designated hitter. 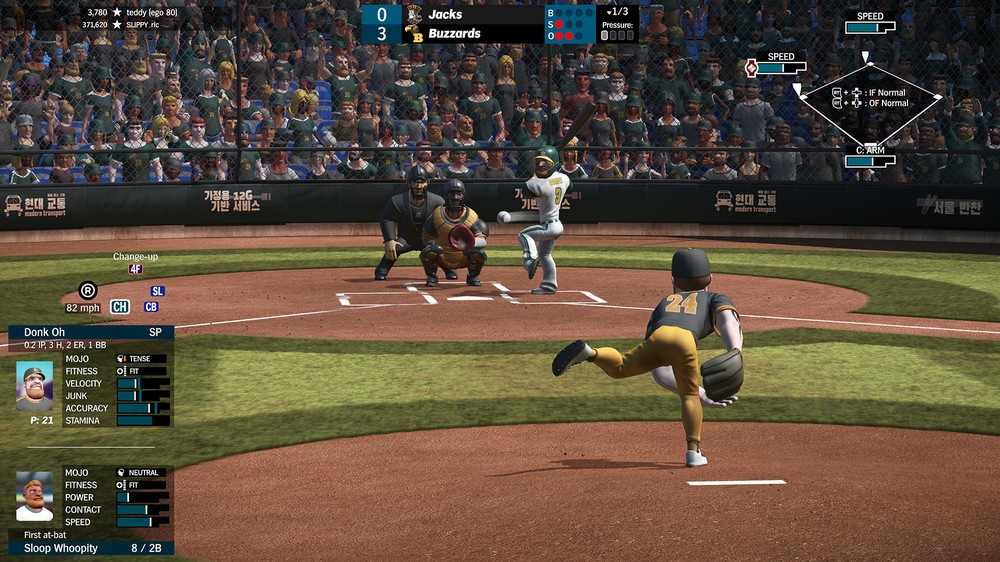 The defensive game is fantastic with great controls for getting the ball from deep field back into the diamond and executing thrilling pick-offs and double-plays.  There is a timed strength meter tied into every throw that determines the velocity of that throw.  The in-game tutorial teaches you all the new and old mechanics, and while the game supports mouse and keyboard you are going to have a much more enjoyable time using a gamepad.  The tutorial will also help you understand specific features like Ego and Pressure that all affect how your team performs, especially under moments of stress.

The biggest addition to this year’s installment is the Franchise mode where you are free to tinker with just about every element of your roster over multiple seasons both on and off the field.  Don’t let the charming art design fool you; this is a serious baseball simulation if you want it to be.  Some elements are still missing.  You can’t trade players but you can kick them off your team to free up salary cap funds before flipping through the roster of free agents.  Players can even up and retire.  There is a robust set of skills and attributes to fuss over to keep players at the top of their game, and these really help to bond the gamer with the players/team, creating some unexpected emotional moments.   At the end of a game you will get a list of players you can improve by spending cash on points for key skills and situational traits much like a standard RPG.  The new franchise mode and the deep statistical backend really enhance your investment with the game and is a welcome addition to the series. 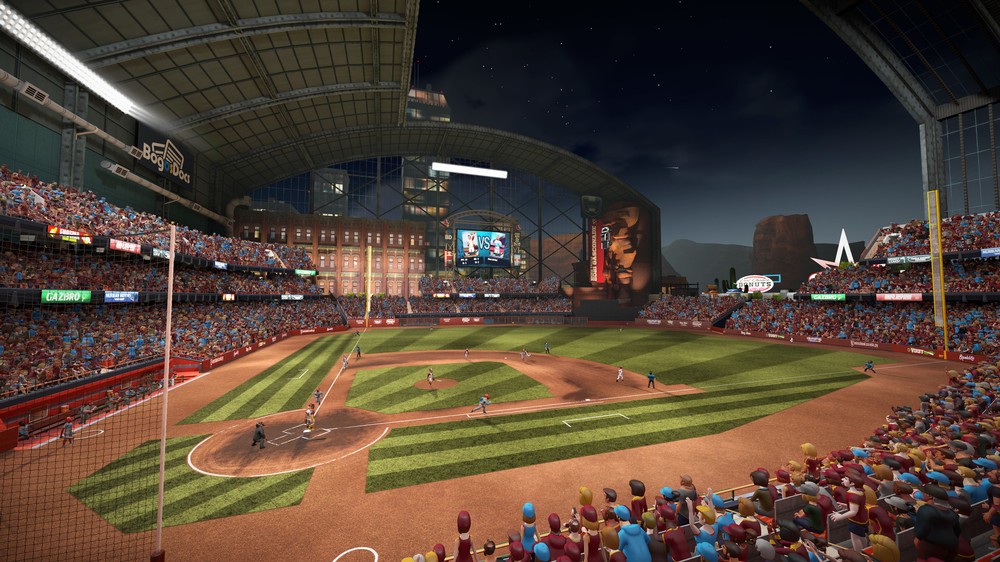 Super Mega Baseball 3 retains its goofy presentation style with exaggerated player designs and amusing animations for the diverse set of players on these co-gender teams.  Even the names are hilarious. There are 14 stadiums that are gorgeously detailed and playable in both day and night games with realistic lighting conditions.  The crowds look fantastic with lots of variation, and they all react visually and audibly with the action on the field.  The game is scalable across a variety of systems, and my RTX2060 Super card was able to render a flawless 1440p experience with maximum settings.  There is so much detail you can even see footprints in the dirt and dust kicking up off the bat.  The audio presentation is also quite good even if it does lack any type of play-by-play or color commentary.  You do get player introductions from the stadium announcer and the umpire calls, and there is some energetic music that plays throughout the menus and team transitions.

PlayStation 4 owners are still going to find a more thorough and feature-rich experience with MLB: The Show, but for everyone else or anyone looking for a family-friendly baseball experience that balances intuitive controls and adorable design aesthetics with a deep underlying simulation engine look no further than Super Mega Baseball 3.

You can also check out our gameplay video with a complete 5-inning exhibition game. 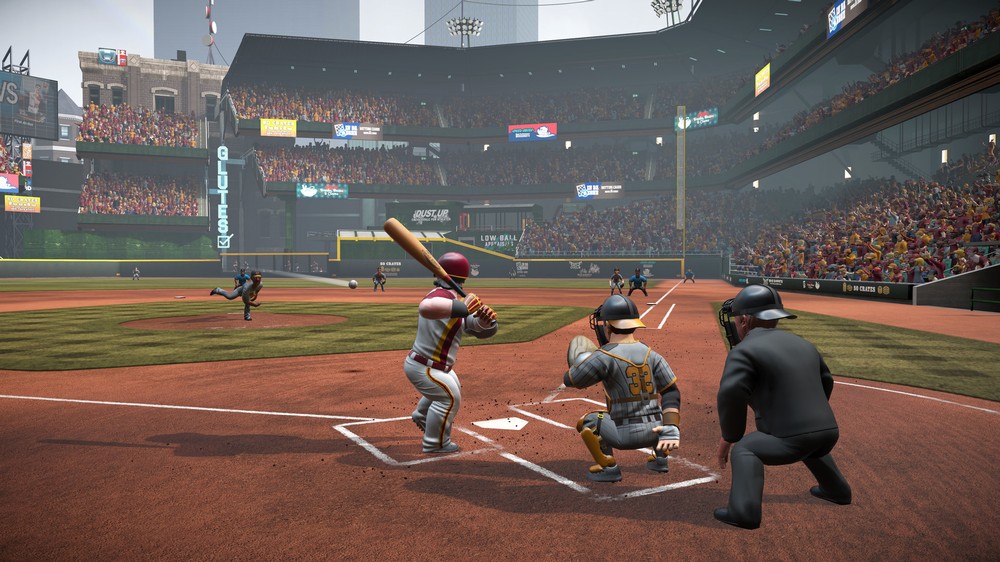 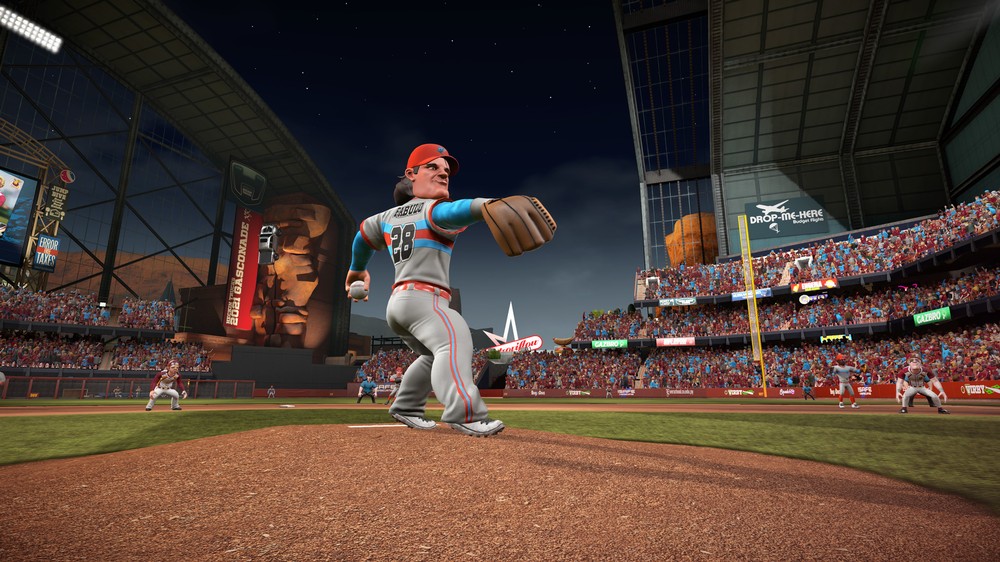 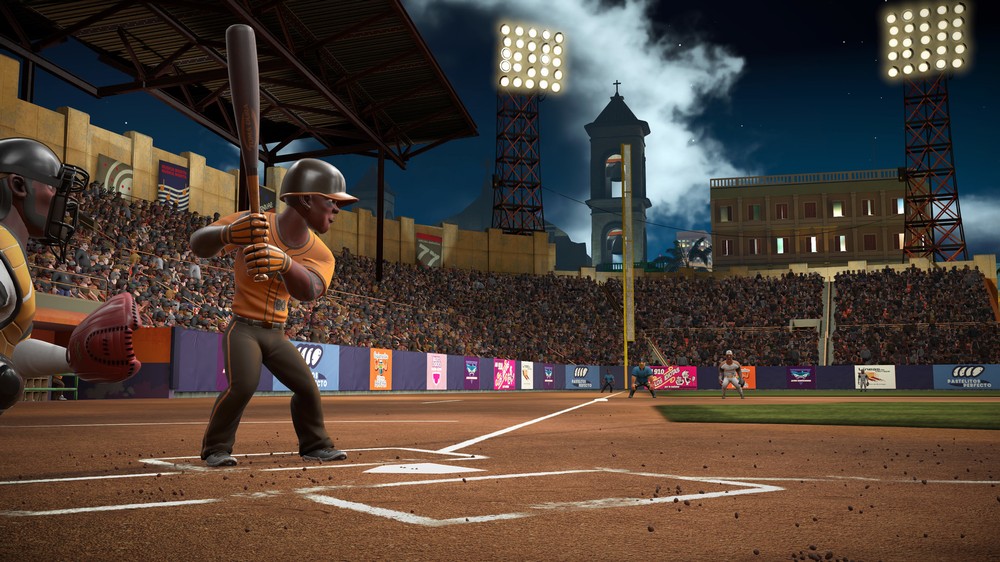 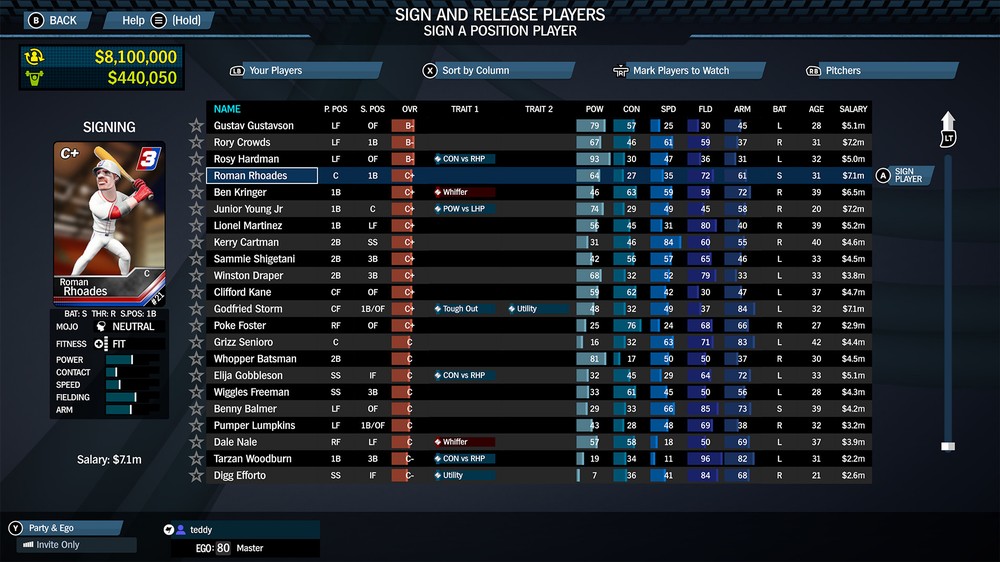 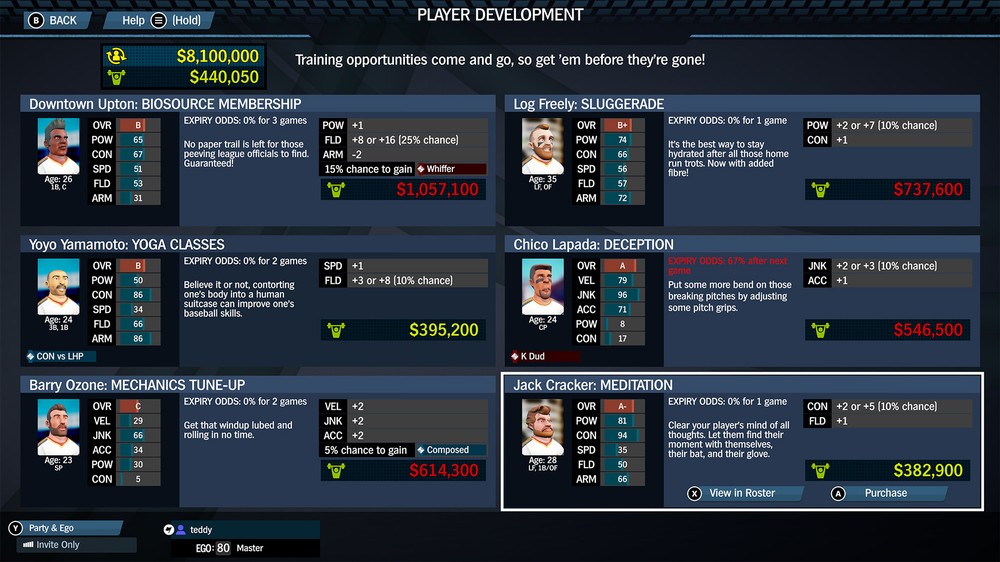