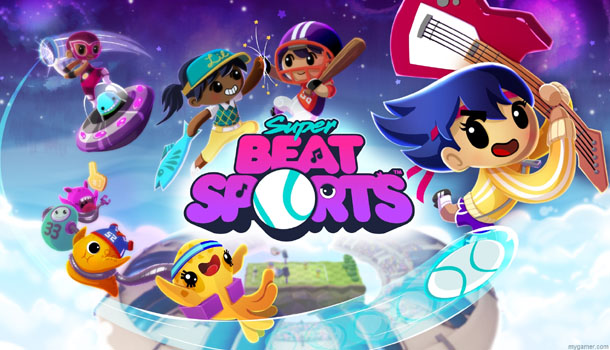 - Enjoyable music that doesn't stick with you outside of the game.

I’m one of the odd ducks out when it comes to Harmonix. I sat out the entire plastic instrument era of gaming, which means Rock Band was never a thing for me. That said, I’ve always been a fan of rhythm games. Elite Beat Agents, Rhythm Heaven, PaRappa- I could go on, but you get the point. I’m always looking for a new addition to the controller-based rhythm game sub-genre, and it’s looking like another title has been added to those ranks. Super Beat Sports isn’t as definitive or sublime as the other titles I listed above, but it’s still an enjoyable experience that will last you a good couple of hours.

Apparently, SBS is a sequel to an Apple TV release, Beat Sports. I missed that one (as did most people, I get the feeling), but thankfully we have SBS here now on the Nintendo Switch. Super Beat Sports boasts five different modes, each of which focuses on a different rhythm-based sports minigame. Gobblegolf, WhackyBat, BeatSports, NetBall, and BuddyBall each have their own takes on the rhythm game genre and compliment each other fairly well. 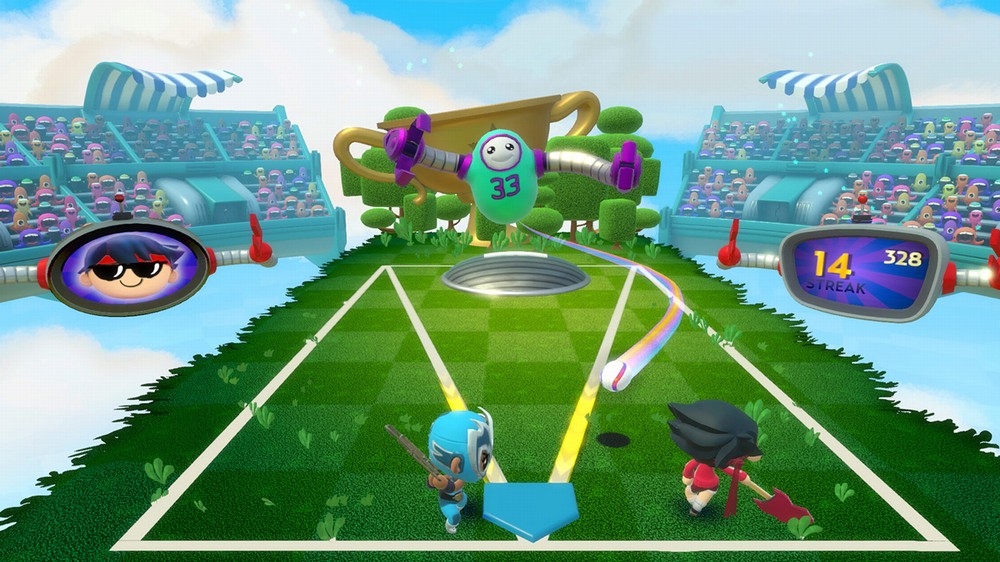 There’s just enough of each of them that just when you’re starting to reach your limits of how much you want to play, it’s time to switch it up and move on to one of the others, completely resetting your brain in the process.

While I’m not super-familiar with the original game, if it was anything like this one in terms of design and visual appearance, I can say it’s easily more at home on the Switch. With it’s simple yet fun animation, and mii-ish characters, the title feels perfect for the platform. For the most part, the game justifies it’s price point and provides just enough content without overstaying its welcome. 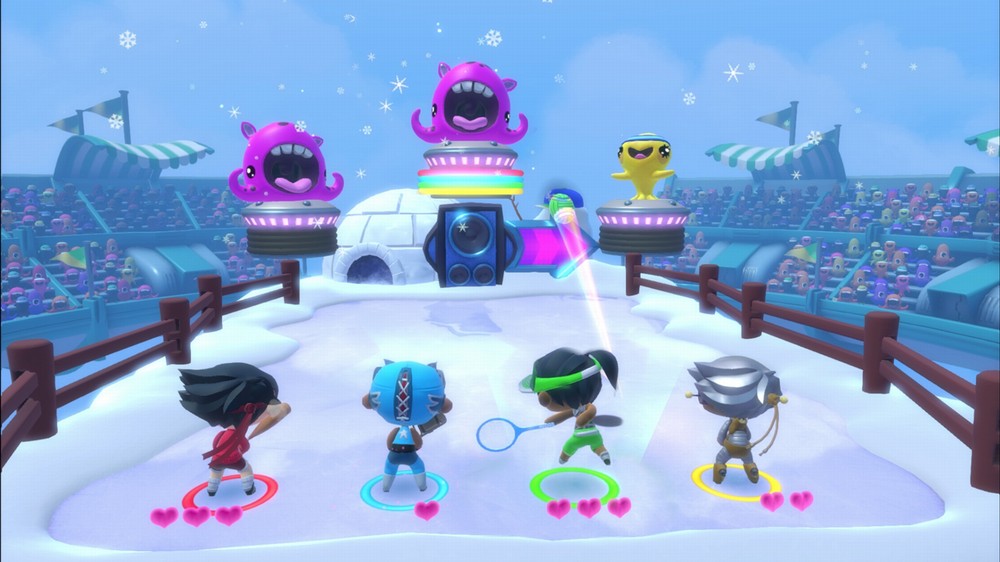 Super Beat Sports shines, as you would expect when it comes to gameplay and music. It feels responsive, which is perhaps most important. When you screw up, you know it’s because you did something wrong, as opposed to input lag. And as far as the tunes go, while they won’t stick with you long after you’re done playing, while you’re in it, they’re addictive as hell. The songs are catchy, encourage whistle-or-hum-alongs, and compliment the timing mechanics of the game. It’s great stuff, and enjoyable in the thick of it.

That being said, this brings us to what’s my biggest complaint with the game: music being enjoyable in the context of playing the game isn’t enough to elevate SBS to classic status. When you look at PaRappa or any of the other countless rhythm game classics, what makes them stand the test of time is the music itself. The songs are so catchy, so infectious, that you think about them even when you’re not playing the game. And it’s through thinking about the songs- having them stuck in your head- that you’re compelled to go back and play the game all over again. 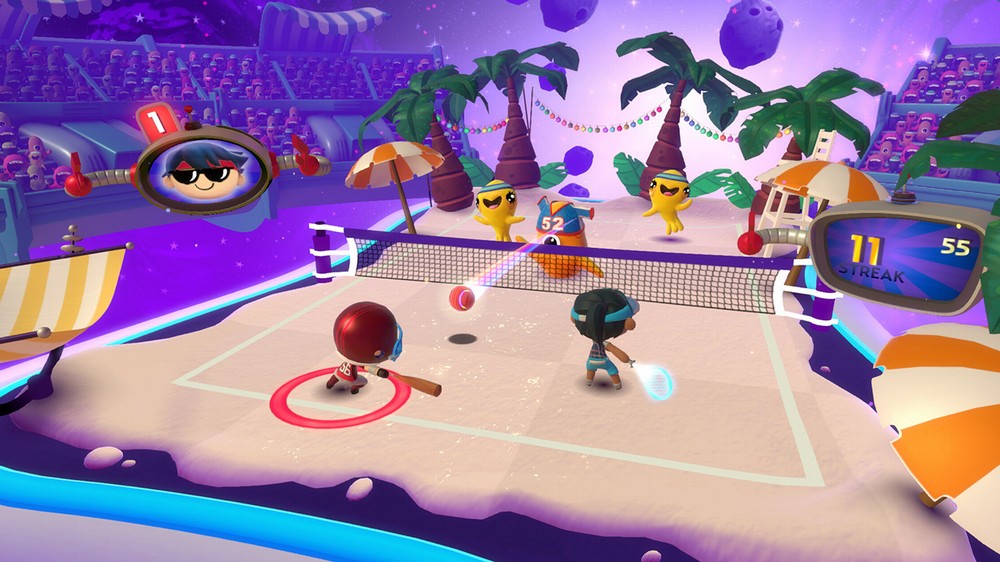 I really enjoyed my time with Super Beat Sports, but I don’t think I could hum a single bar from one of its tracks. Which is a shame, because I want to believe they were more memorable than they ended up being. If those tracks were infectious, and dug their way into my head long after I finished with the game, I’m sure I’d be throwing even more praise at it than I already am.

Super Beat Sports is a fun, affordable, and enjoyable rhythm game that’s worth your time, money, and attention if you’re a fan of the genre. It may not stick with you for years to come, but a night or two of entertainment is definitely worth its retail price. This is a great Switch title. 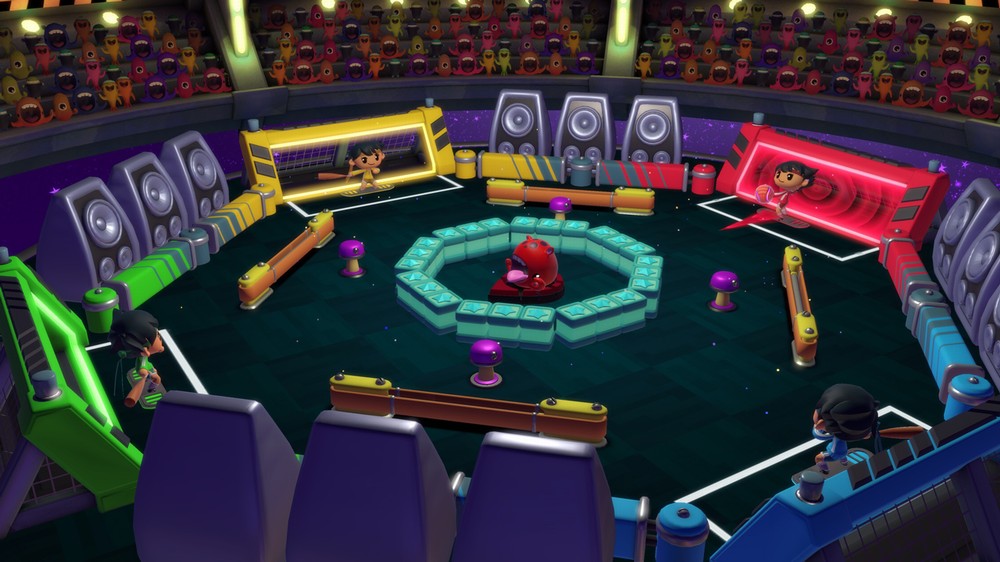