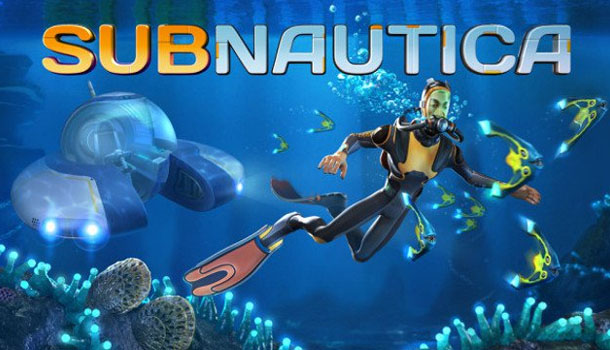 - Can feel a little directionless

The overall experience was challenging, enjoyable and intriguing,

Subnautica begins with the player character rocketing towards an unknown planet, one of the few survivors of a crashed interplanetary craft. Your escape pod lands in a seemingly endless ocean, and, short of resources and lacking any means of communication, your sole hope of rescue lies in exploring your surroundings and harvesting resources in an attempt to rebuild your escape pod and find some way keep yourself alive on this alien world. As you explore, you’ll find yourself able to build more equipment and habitats, and with this improved inventory, you’ll be able to explore further and attempt to uncover the mystery of this world.

Progression through the game is marked in two major ways. At first, you’ll work your way through the tech tree, creating new equipment and discovering new blueprints. As you do, though, you’ll eventually uncover fragments of radio messages, and you’ll come across areas in the environment that hint towards a larger narrative. The story is never really force-fed to the player, and you can take as much interest in it as you want, but it adds a certain depth (no pun intended) to the experience that makes the building and crafting feel more like you’re working towards a final goal. 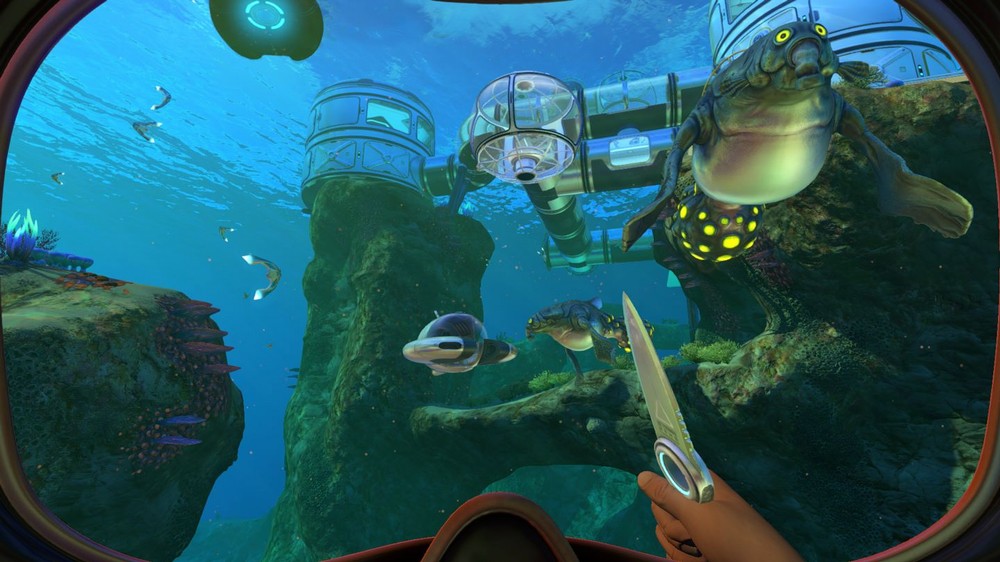 The problem with the way that the story is delivered, and in some ways this point expands to the game as a whole, is the fact that there are definite points where I felt lost, and that the game lacked any real sense of direction. For some, this is one of the main draws to the experience: you go where you can, discover what’s there, and then improve your lot by whatever means you’ve uncovered. In my experience, though, I felt like there were sections of the game where I was unsure of how to proceed. My tech tree had grown stagnant, yet the technology available to me wasn’t strong enough to explore further from my base. I felt like I had hit a dead-end, and when I overcame this feeling, it was more down to luck than any sense of having approached the problem with knowledge that the game had taught me.

Despite these frustrations, I pretty much always enjoyed exploring the environments in Subnautica, and I really enjoyed the way one particular area would transition into another. The differences in flora and fauna are subtle, but before you know it you’ll be in a completely different biome, surround by new plants, new aquatic creatures, and often an entirely new colour palette. The difference in areas (and your ability to survive in each one) is a good way to gauge your progress through the game: you’ll start off in shallow waters that are slightly alien but still look close to bodies of water found on earth, but as you venture further away, your surroundings become distinctly extraterrestrial, and sometimes even terrifying. This rings true for the animal life as well: you’ll start off surrounded by small, harmless creatures, but soon will encounter hulking monstrosities and creatures that look torn out of nightmares. 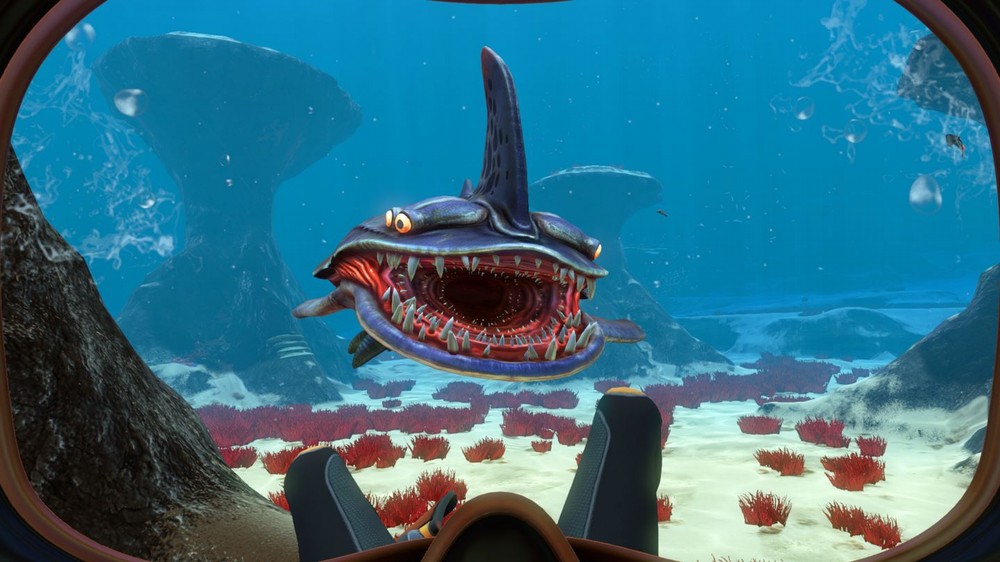 One of the strengths of Subnautica is the sense of ownership and pride that is generated by your base and belongings, and I lost count of the amount of ‘Eureka!’ moments I had when I found a new blueprint or uncovered the final item that I needed to craft a desperately needed piece of equipment. There was a real sense of joy in watching my underwater habitat grow, and every couple of hours I’d take stock of my new set-up and wonder how I ever survived with the equipment that was available to me previously. Finally being able to venture into a previously inhospitable environment and mine the resources that you have seen on blueprints for a while is a great feeling, and it happens over and over again. Progression in Subnautica is subtly gated, and the game often throws up valid reasons for why you can’t currently access an area, rather than putting up invisible (or visible) walls and telling the player that that is sufficient reasoning.

Subnautica allows players to choose just how hardcore of an experience that they want from the game. The default experience requires you to keep on top of your food and drink consumption, while there’s an option to turn off the need for nourishment and focus on building and exploring instead. On top of this, there’s the option to only give yourself one life, as well as removing combat and resource-gathering entirely, but at the cost of the story. I played with food and drink turned off, as I wanted a slightly more relaxing experience that what was offered at the start, and I still found the game to be challenging and enjoyable, but without the need to constantly be focused on keeping my character alive. I definitely appreciated that the choice was available to be made, though, and I can definitely see myself returning to play around with the Creative mode, just to see what I can build and mess around in. 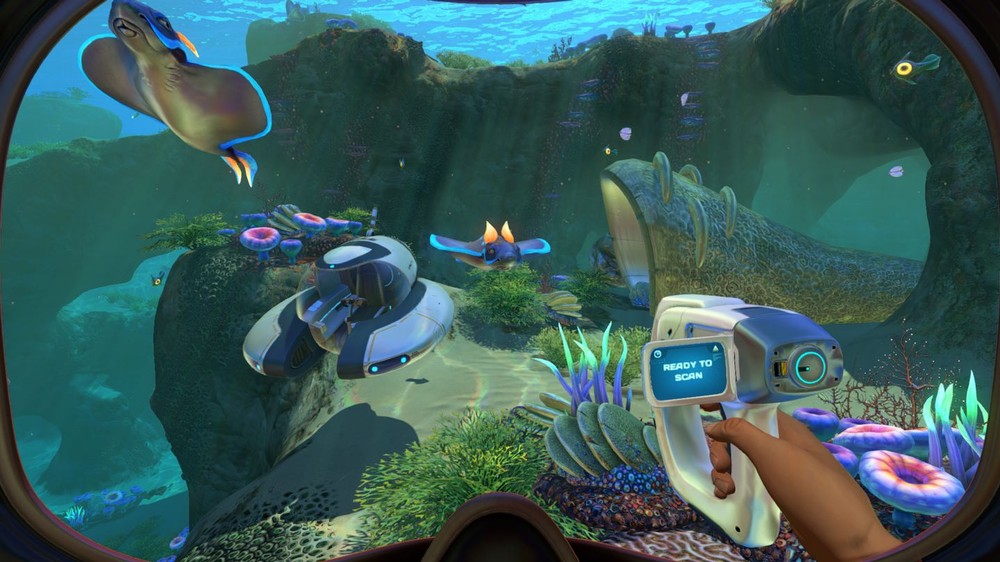 Before playing, Subnautica was a game that I was vaguely aware of, but hadn’t really looked too hard at. I had an idea that there was a story available to be discovered, but aside from that I didn’t have a huge idea of what to expect. Apart from a few minor frustrations, I found the overall experience to be challenging, enjoyable and intriguing, and I loved the fact that I could chart my progression through the game by my equipment and my surroundings. Some players might find the lack of hand-holding a little intimidating, but others will relish the freedom given to you, and it definitely goes a long way to feeling like you’re marooned on an alien planet and that you’re discovering how to survive for yourself. As long as you don’t have a phobia of open water, Subnautica offers up an excellent experience, and it’s definitely worth getting your feet wet. 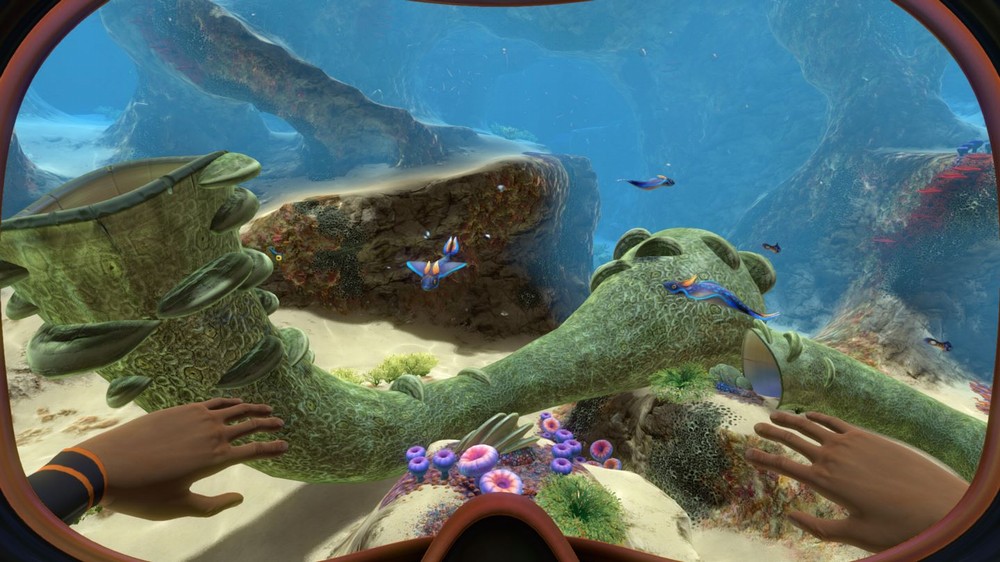 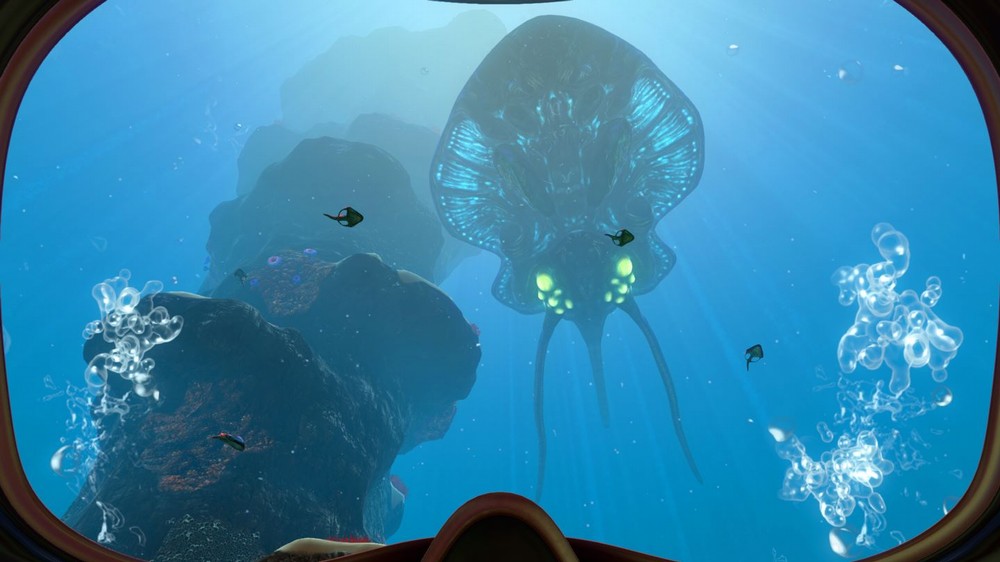 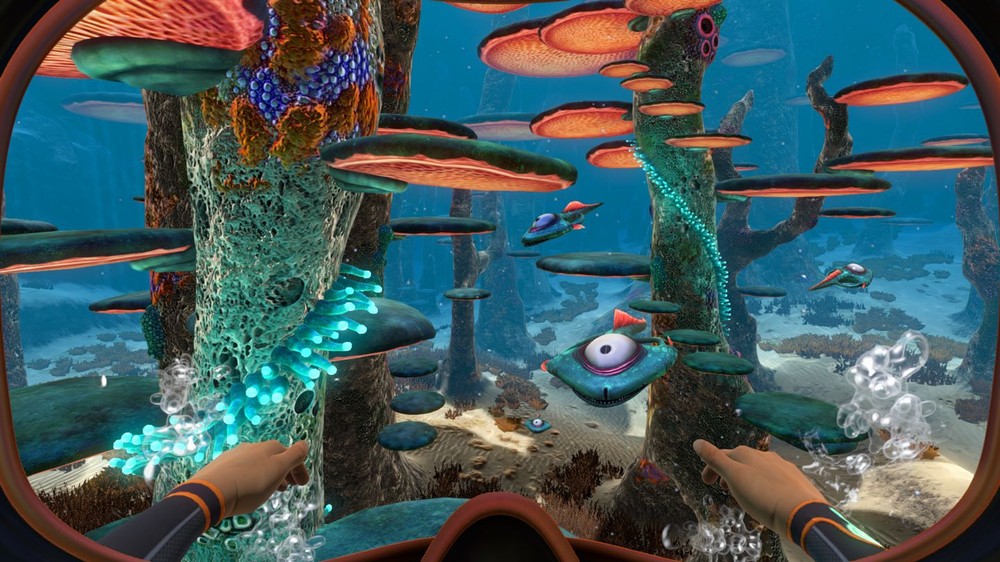 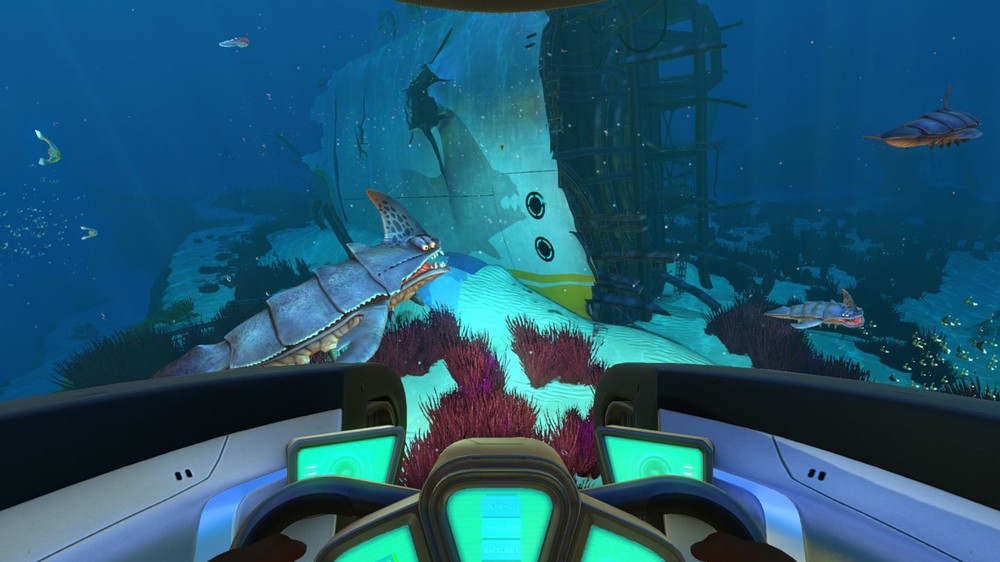 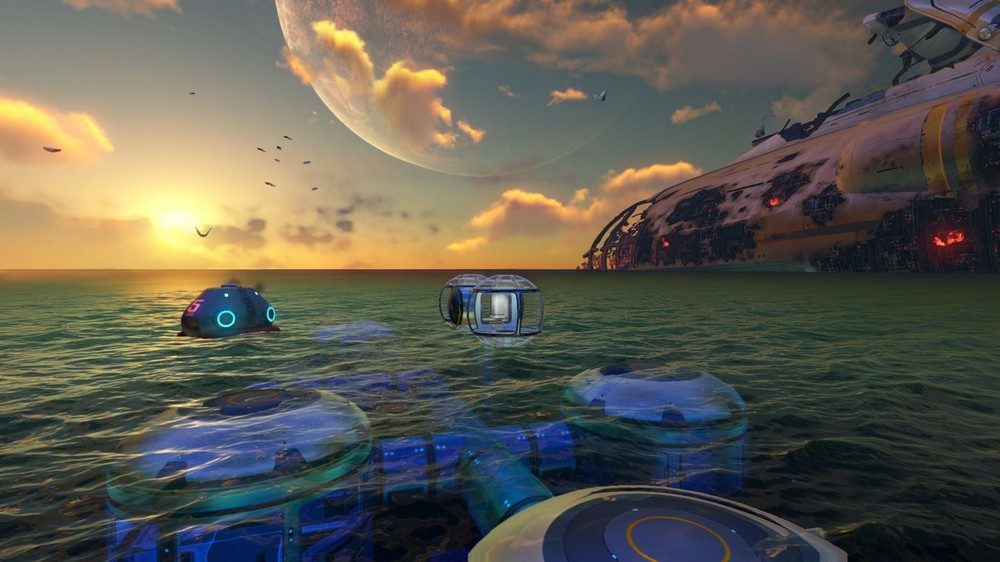 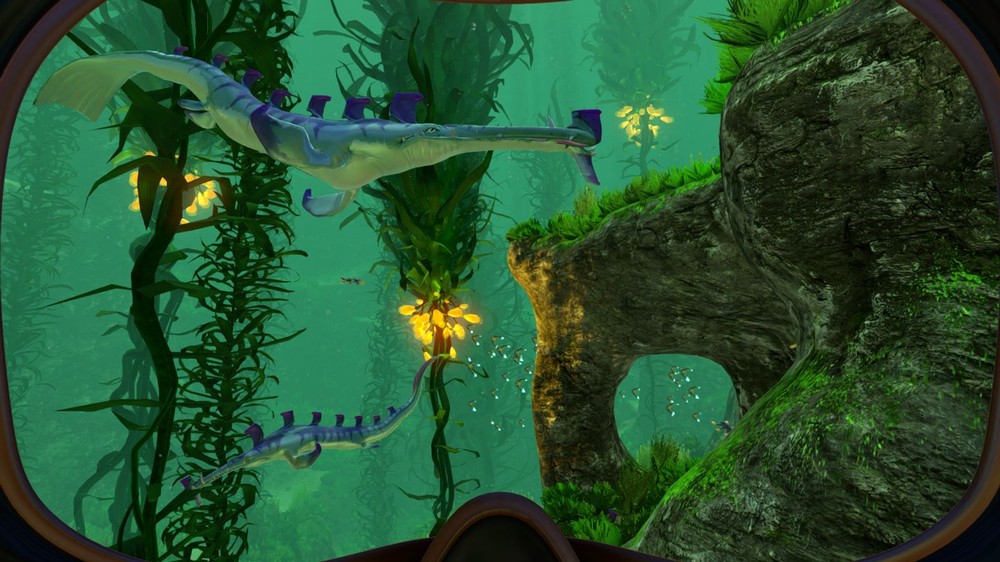