I love the genre but did not like this game.

I’m a big fan of side-scrolling action games whether they are shooters or more ground-based action titles like Shank or Mark of the Ninja.  In fact, that is what I was hoping for when I fired up Strider on the PS4; my first next-gen side-scrolling action-combat game.   Sadly, Strider isn’t very “next-gen” in either looks or gameplay.   Graphics can be forgiven considering the intentional stylized cel-shaded look of the cutscenes and in-game art style that can only look so good no matter how much power you put behind them, but the gameplay is ripped right from ancient side-scrollers like Metroid and Castlevania, and every bit as hard and twice as frustrating.

I never played the original arcade game from 1989 so the fact that this is a reboot featuring the basic plot, levels and enemies was lost on me but will likely be appreciated by fans old enough to remember.  Apparently the insane level of difficulty also made it into this reboot.  I found myself having an impossible time getting through the first level on the normal default difficulty and ultimately backed it down to the easiest setting just so I could slog my way through this repetitive button-masher and knock out the review. 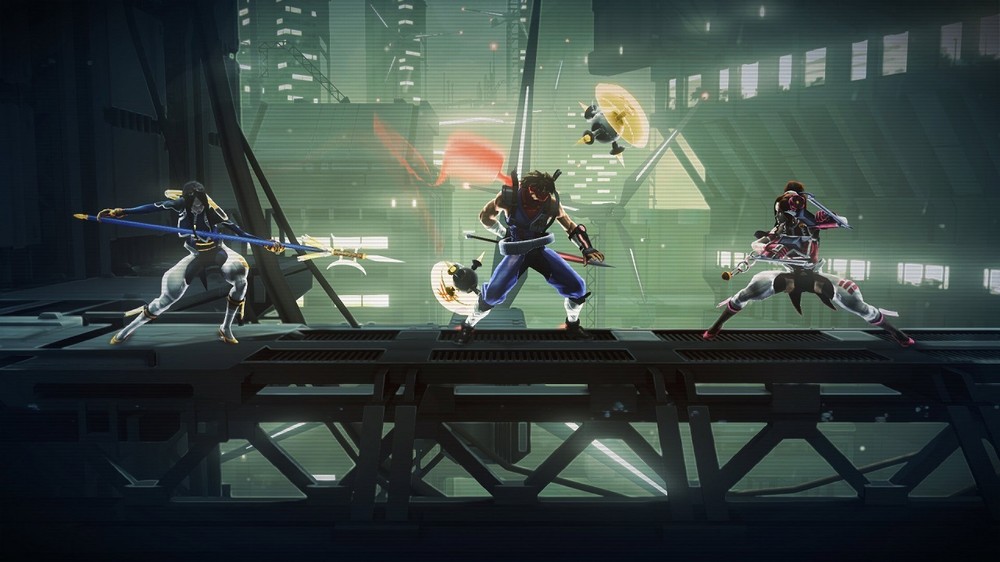 The maps are huge, both in length and verticality, and you  are often forced to use the mini-map to find out where to go next as well as locate all of these out-of-the-way dead-end rooms that have a secret unlock or a power-up.  The design reminded me of Shadow Complex a bit only without the fun and adventurous spirit.  Controls are loose and I never felt connected to the character and his crudely animated sprite-like form never felt connected to the world except when he would magically stick and climb around the walls and ceiling.  You’ll basically be sliding and gliding around mashing the sword button hacking up the same limited collection of enemy types and a handful of bosses who enjoy spouting unskippable monologues with barely acceptable voice acting that you are forced to listen to every time you die and restart the battle.

Defeating bosses will almost always net you some important item, skill, or upgrade that is critical for fully exploring the maps that often have areas inaccessible at first, so expect a lot of backtracking.  This wouldn’t be so bad if the enemies didn’t magically respawn every time you leave their screen.  You might fight across four screens killing a dozen enemies to get to a dead-end room with a secret, and you’ll fight those same dozen enemies on your trip back.  The game never lets up, and while I certainly don’t mind a challenge, having enemies respawn mere seconds after you kill them takes away any sense of accomplishment we expect from video games.  This isn’t a side-scroller as much as it is an arena survival game.   Your only break in combat is when you stop moving your character and just take a breath.

Strider gets a bit more playable if you can get over the initial shock and awe of the difficulty and non-stop enemies.  Once you get a few upgrades and abilities like the double-jump or the ability to deflect bullets the game is less frustrating.  But early on when the crack shot enemies are sniping you despite your best efforts to slide and jump the game is controller-throwing frustrating.  While you do have unlimited lives checkpoints are spread ay too thin forcing you to replay lots of the game over again when you do die. 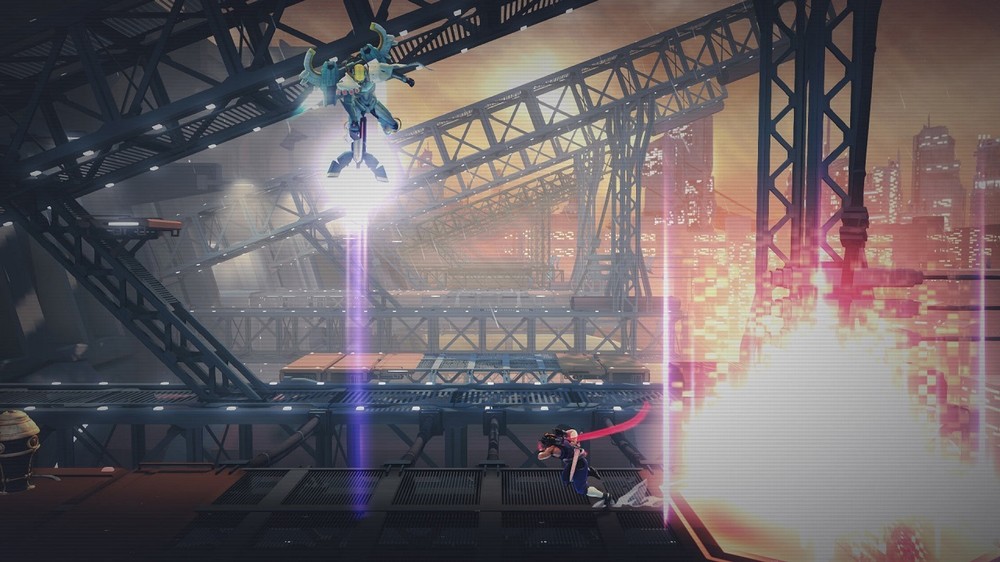 I was hoping for something really cool on the PS4 but Strider could just as easily be a PS3 game when it comes to looks and sound.  I enjoyed the multi-layered design of the backgrounds but the actual architecture and art was mostly boring, designed entirely around providing me with complex mazes to work my way through.  I never felt like I was exploring anything real or designed with purpose.  The HUD is non-invasive and as mentioned, that mini-map is about to become your best friend when it comes to making progress and even backtracking.  The audio mix was disappointing.  For a 2D game I wasn’t expecting to hear anything behind me in my 7.1 setup, so imagine my surprise when all of the high-energy music seemed to becoming from my rear channels almost exclusively.   This left the sound effects and dialogue awkwardly mixed to the front, or more specifically, the center channel.  There wasn’t a lot of panning and the overall mix was poor with music being too loud and dialogue being buried in a single-speaker output – not that I really wanted to hear it AGAIN after my eighth attempt as a boss fight.

In a world where gamers continually complain about how short your game is it might not be a good idea to have a trophy that rewards you for finishing it in less than three hours.  I’m not sure how much skill or crack is required to finish the game that fast.  I spent that long getting through the second boss.  I’m guessing 6-8 hours is a more reasonable estimate and even then you probably won’t have collected all of the “stuff” stashed around the game waiting to be found like concept art and bonus challenges.   Survival mode pits you against endless waves of baddies then posts your survival time to leaderboards while Beacon Run puts you in a series of speed run challenges with a preset loadout to see how fast you can finish.  These extra modes are nice I suppose, but considering how much I didn’t like the core game, nothing could really entice me to play it even more.

I’m a big fan of the genre but Strider is one of the worst side-scrolling action games I have played in a long time.  The controls are loose, the gameplay is simplistic and the repetitive button-mashing is made difficult only by the sheer number of respawning eagle-eye enemies who never miss.  I appreciate the cel-shaded art style but the levels were boring and the sound design was poor if not downright broken.  Strider neither requires nor deserves the power of the PS4, although I can’t imagine a system on which I would ever enjoy this game. 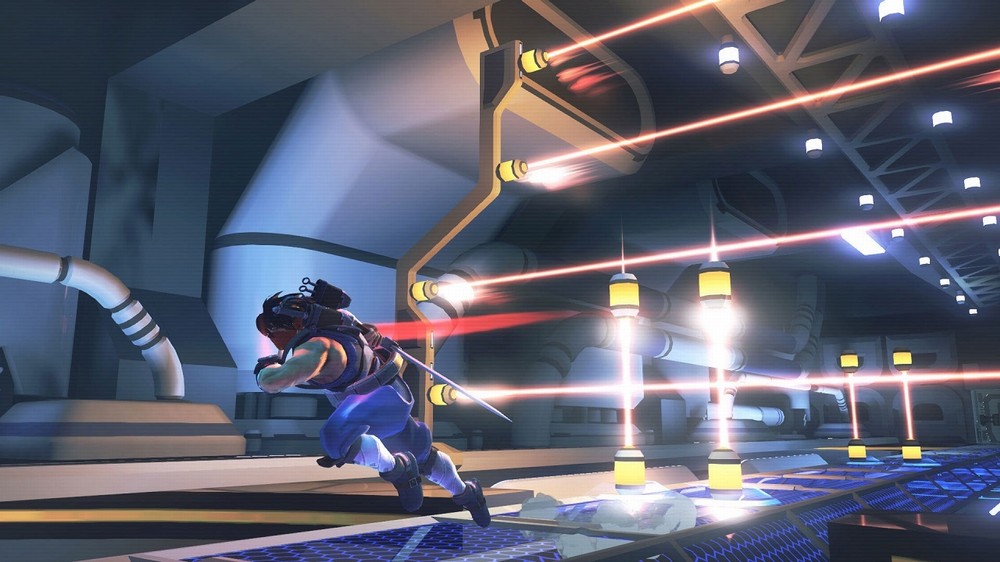 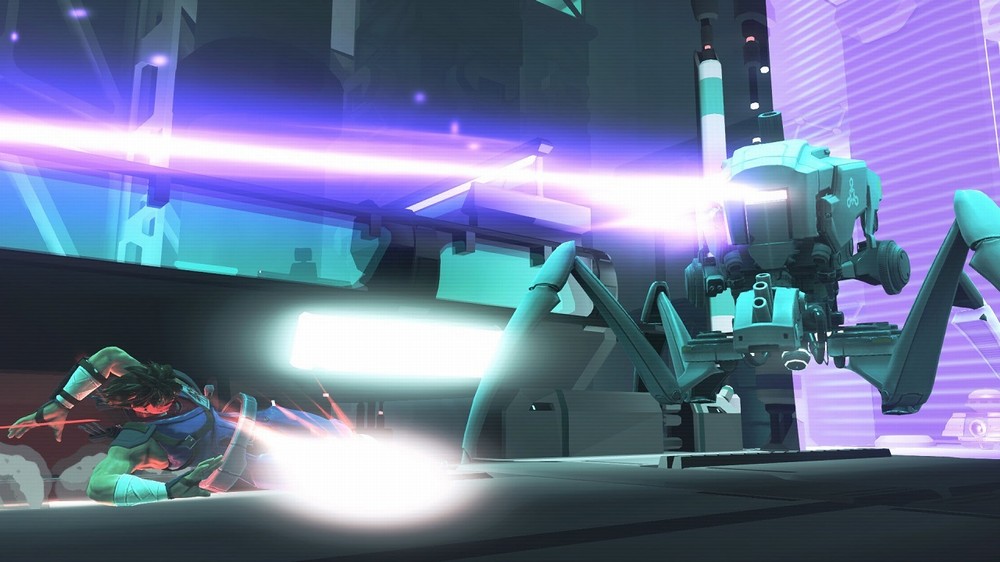 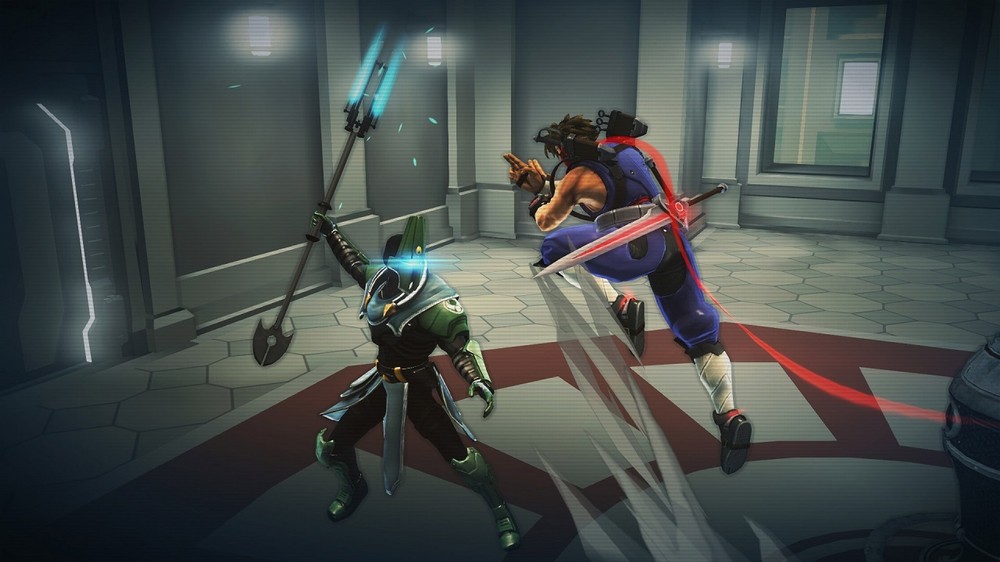 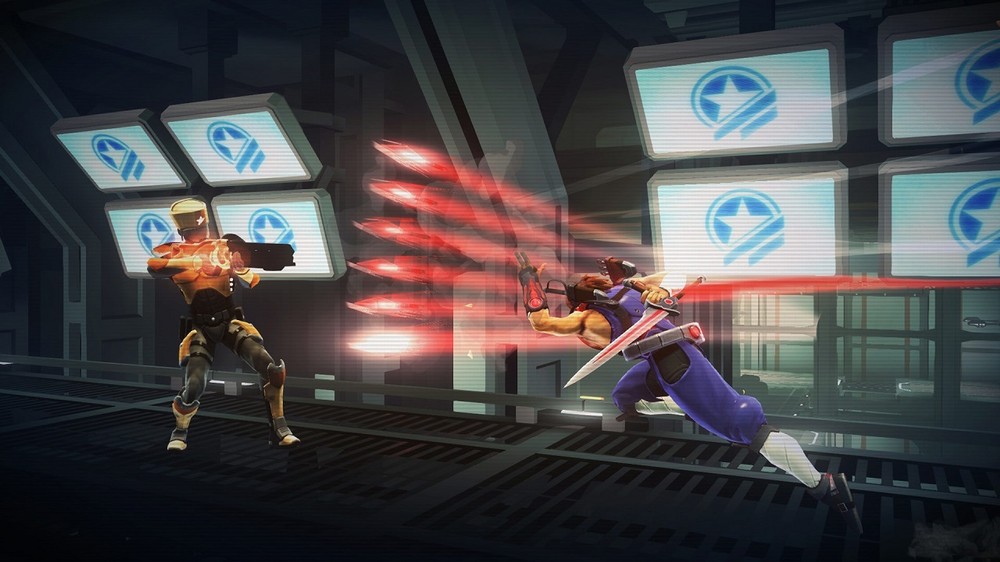 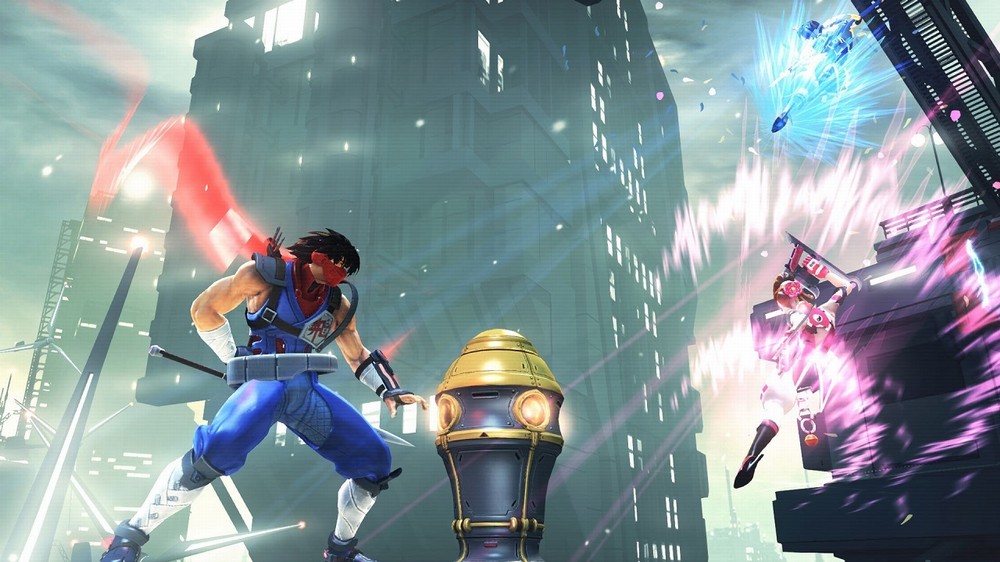 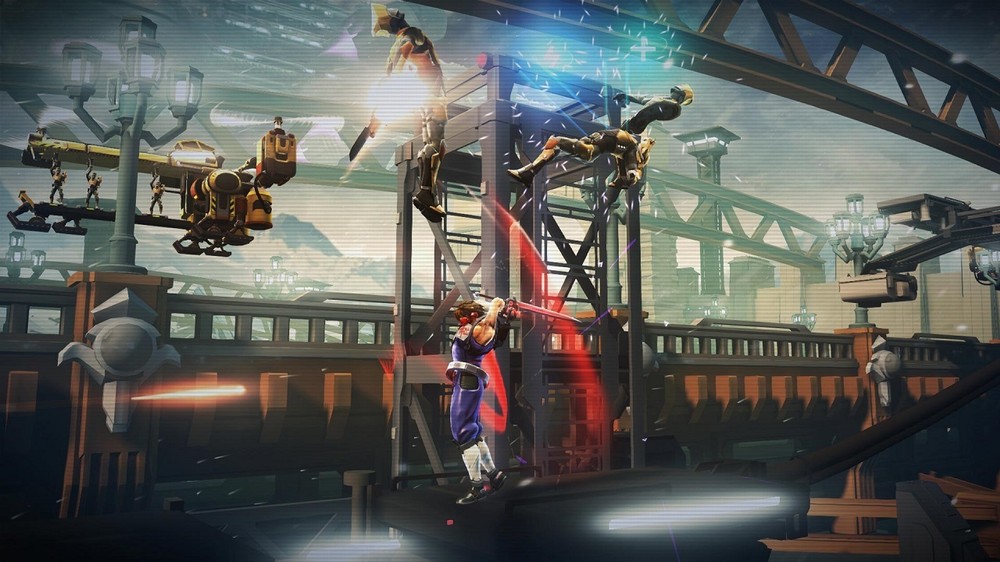 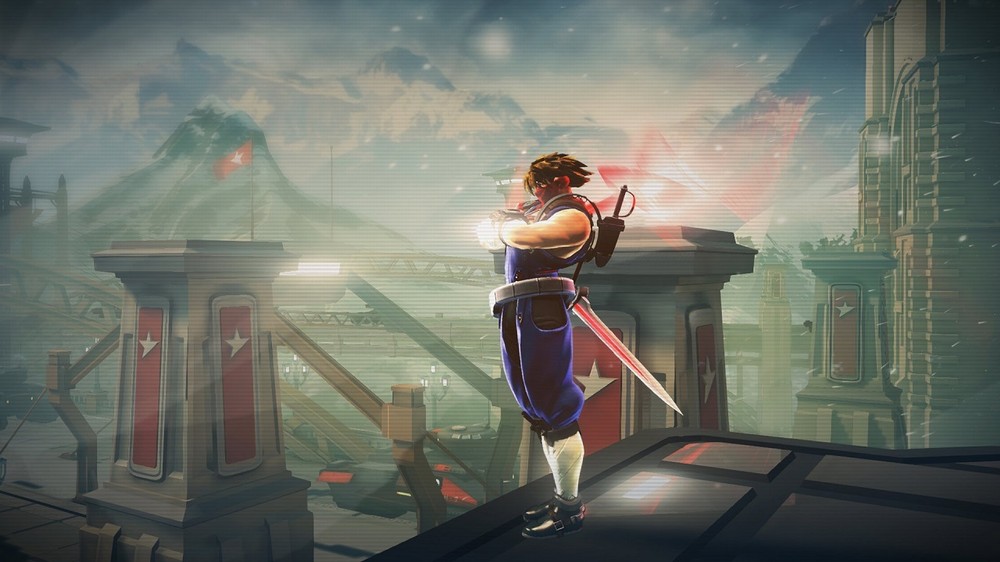