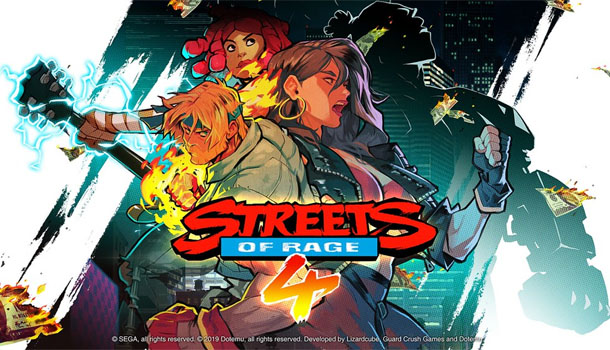 - Falling in holes
- Lining up enemies in Z-axis

There’s not much I can say about Streets of Rage 4 because not much needs to be said about this amazing classic. If you’ve played any of the originals then you know what you like and this newest installment delivers nearly all of that retro-awesomeness with near-perfect quality and so much loving attention to detail that mere words don’t do the game justice. You can watch my gameplay video of the first 30 minutes.

Streets of Rage 4 looks, sounds, plays, and feels like a Streets of Rage game, instantly transporting you back to 1991 faster than Doc Brown’s DeLorean. The attention to every facet of detail is incredible from the hand drawn visuals to the amazing soundtrack – including a 16-bit retro version of the music – brings this stunning fighting game to life. Axel, Blaze, Adam, and Cherry are back to tame the unruly streets with some classic fighting action featuring all-new moves that flow seamlessly into a one-button attack scheme. Streets of Rage 4 is the perfect fighting game whether you simply want to mash the X button or explore the more elegant aspects of combat using the tactics laid out in the helpful hint screens. 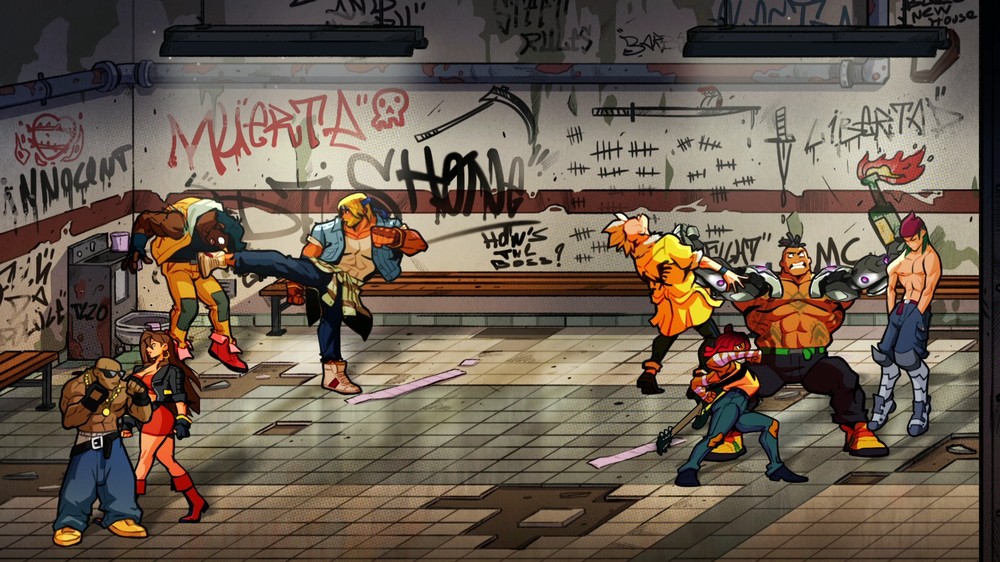 Streets of Rage 4 is a classic side-scroller where you do battle against near-impossible odds of varied and stereotypical bad guys by punching, throwing, and kicking your way through an evil crime syndicate bent on taking over the city. This is done mostly with the X button, either furiously mashing or holding for stronger attacks while combining with character movement using the left analog stick. You can also pick up knives, pipes, bats, and bottles to boost your melee damage. The Y button unleashes a super attack but at the expense of your health, which can be refilled by consuming apples and chickens found by smashing inanimate parts of the environment. Smashing your surroundings can also earn you some extra cash to increase your overall score that feeds into the global leaderboards.

Yuzō Koshiro, Motohiro Kawashima, Yoko Shimomura, Harumi Fujita, and Keiji Yamagishi are just a few of the amazing musicians who contributed to the awesome soundtrack you’ll be enjoying while kicking endless ass. You can even go into the options and toggle on a retro version of the score that will trigger SEGA Genesis flashbacks, and if you want the ultimate retro experience get to work on unlocking a dozen former Streets of Rage characters, all in their original pixel art style.

Your journey to cleanup Wood Oak city will take you across 12 unique stages, each brought to life with stunning modern visuals that do a fantastic job of emulating that retro look while throwing in a few fancy effects like reflections, lighting, and some impressive cutscene story panels that combine to give the entire game that “comic book come to life” experience. 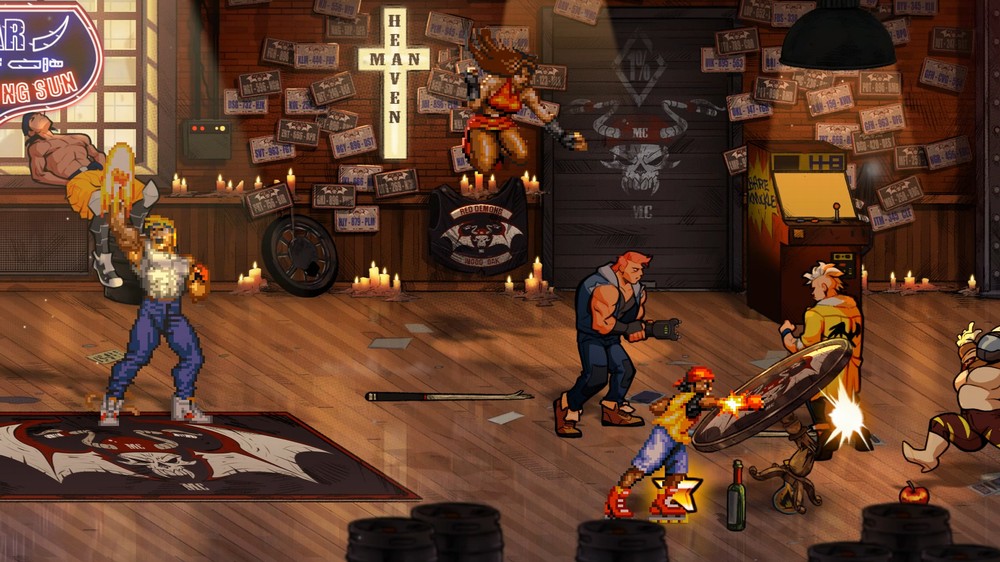 There are multiple ways to play, alone or with friends (or strangers).   For the first time ever you can tackle the streets with four players in local mode or have a friend join you online to take back the city. Using the new Remote Play Together your friend doesn’t even have to own a copy of the game. You can also fight against your friends in Battle mode or team up for the Boss Rush mode. If the game gets too tough Streets of Rage 4 offers a nice barter system where you can add lives, gold star attacks, or both at the expense of scoring modifiers that will reduce your score accordingly.

I really don’t have anything bad to say about Streets of Rage 4; at least nothing that’s not my fault or something that can’t be fixed by me simply “getting good”. Admittedly, I’m a button-masher, which is fine for lesser enemies, but when the riot cops show up with shields or the bosses start to kick my ass you really need to start exploring the more nuanced aspects of combat. Having a second player along for the ride doesn’t hurt either – that riot shield only works one way. There are plenty of cheap shots like the guy with the Mohawk that constantly slide attacks or those skinny punks with their hands in their pockets that nimbly avoid my attacks then fly across the screen to kick me in the face or the gold-chained rapper that always smacks me out of the air when trying to do a flying kick. I’m sure these gripes can all be overcome with a bit of practice on my part, and Streets of Rage 4 continually encourages me to come back and “try one more time” despite having no mid-level or boss checkpoints.

If you love classic fighting games then you won’t find a more authentic 90’s-style brawler than Streets of Rage 4. Beneath its thin layer of next-gen polish remains an authentic hand drawn fighting game that looks, sounds, plays, and feels just like the classic game a lot of us grew up with…maybe even better. 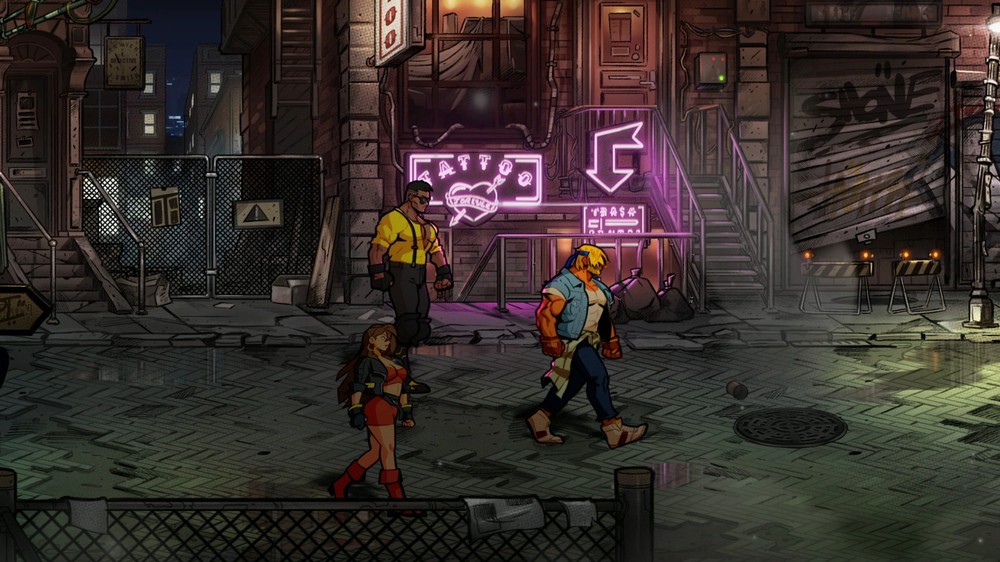 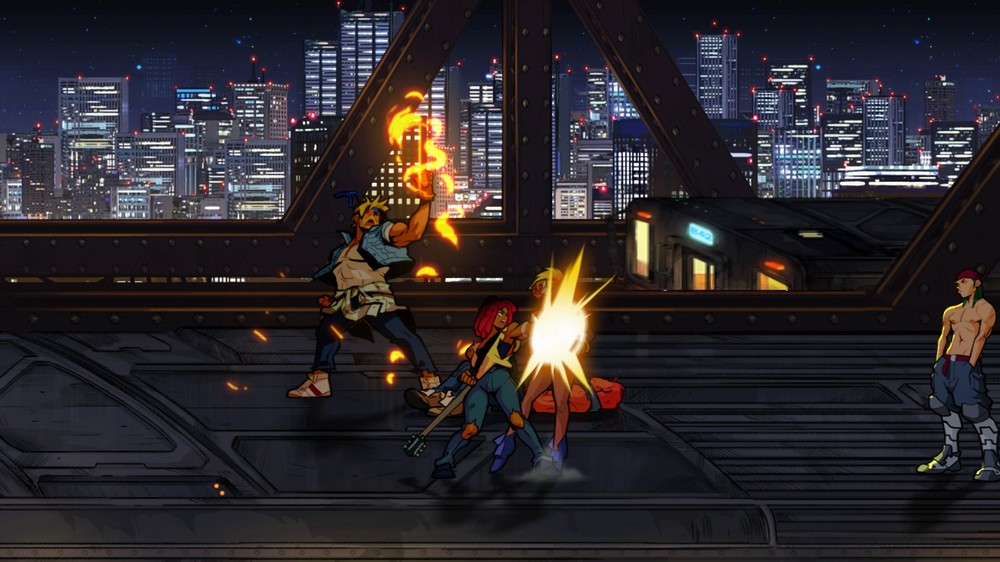 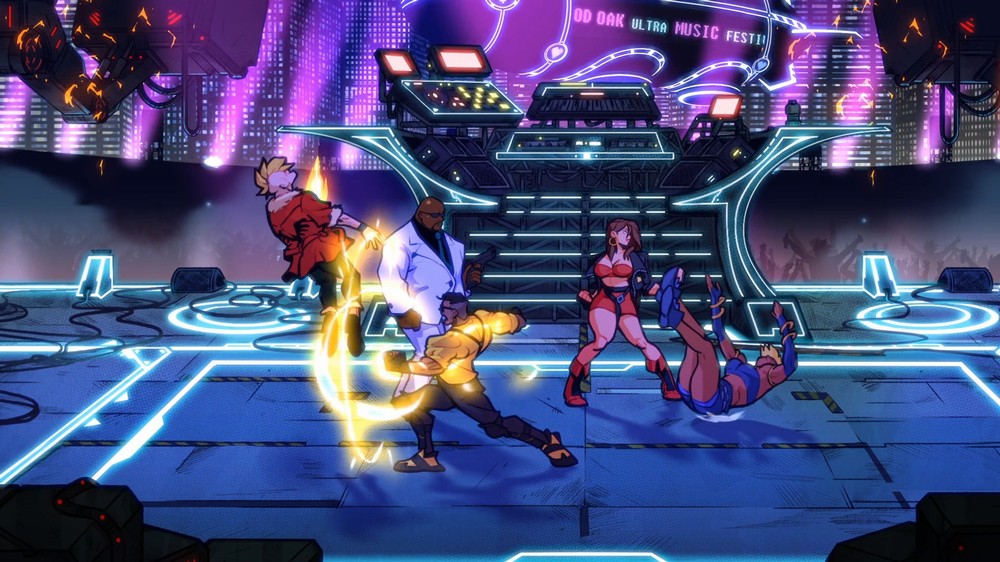 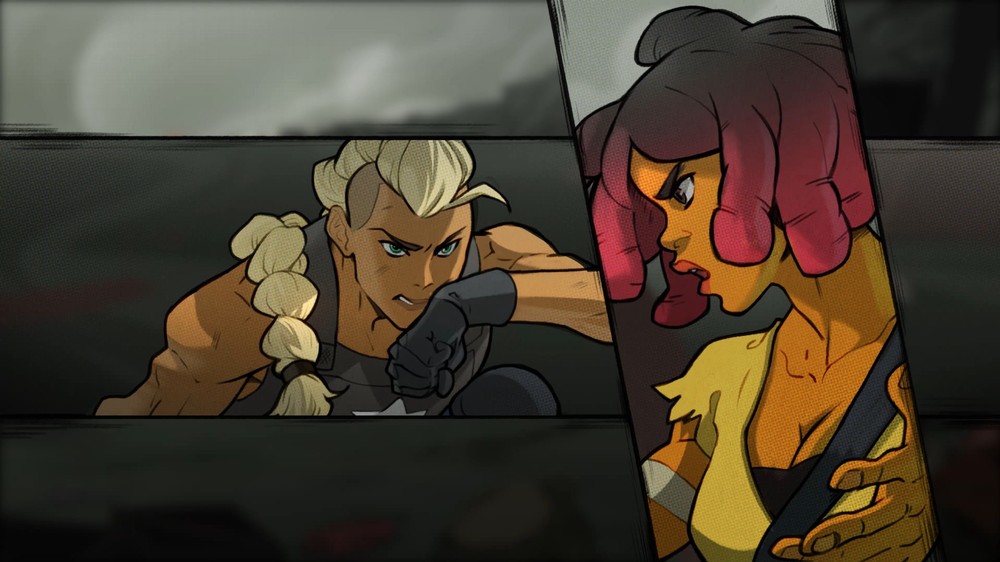 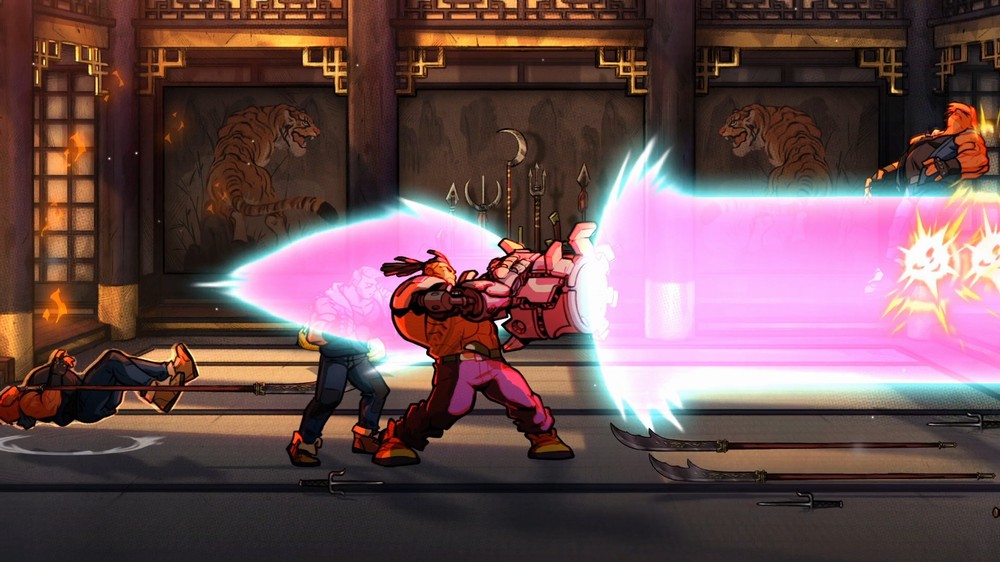