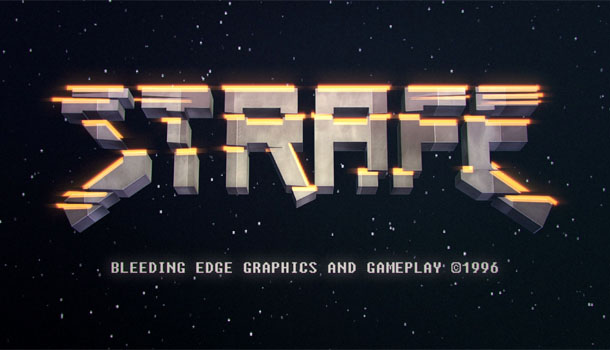 + Fast-paced, ridiculous, don’t-take-yourself-too-seriously kind of fun that keeps you coming back for “just one more” try.

- Many of the guns feel underpowered or weightless, making them underused compared to others that feel far better.

When I saw the trailer for STRAFE, I knew that I had to have it. It is the unabashed and fully-committed declaration of its existence as some kind of alternate-reality game from 1996 and the devotion of its creators to fully realize that atmosphere in every aspect of the game’s design that sold me. The game plays like the old-school DOOM or Quake, where you journey through Icarus, an abandoned space station “at the edge of the galaxy” in search of scrap to bring back to Earth, all while fighting off wave after wave of bloodthirsty monsters with only one target: you.

From the tutorial that is presented as a VHS-quality corporate training video, to the over-the-top design, it’s hard to take this game seriously. And you shouldn’t. The all-out silliness of the game is what makes it all work, because if there was a moment where it felt like it was trying to be serious, or deliver some kind of message, it would all fall apart. 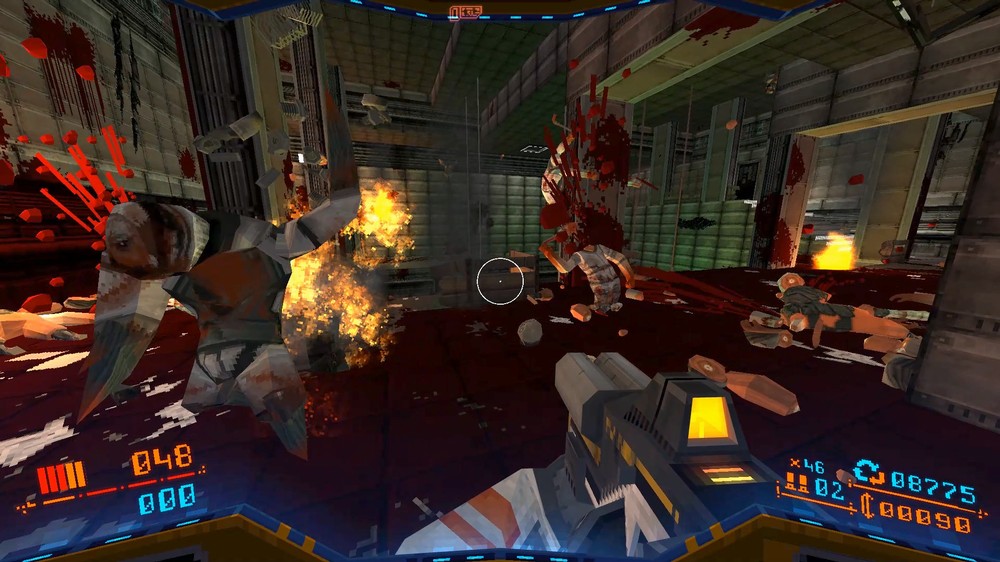 The graphics look like something that would have pushed a Pentium processor to its limits, and would probably have had full 3dFX support. The world is fully 3D, with literally hundreds of polygons per character. The gore, of which there are bucket loads, is also persistent, so you can know the areas you’ve explored by the presence or lack of blood-soaked walls and floors. There’s something…viscerally satisfying (for lack of a better phrase) about marking your path with the blood and dismembered bodies of your enemies.

Probably one of my only real complaints about the game are that the sound effects are rather unfulfilling and because of this, I think, the gunplay often feels less than satisfying. When you start, there are 3 (or 4) main guns to choose from as your primary gun: shotgun, machine gun, and rail gun. Of these, the only one that I really enjoyed using for any length of time was the railgun. The other two felt somewhat weightless and fairly ineffective, especially in comparison with the railgun and its ability to basically one-shot-kill anything in its way. The railgun’s only downside, which is minor, is that it has a slower re-fire rate than the others. There are around 20 or so different guns in the game, but I found myself using the railgun for almost 90% of my time. Hopefully they can balance the guns a bit better to make it more desirable to use other guns. 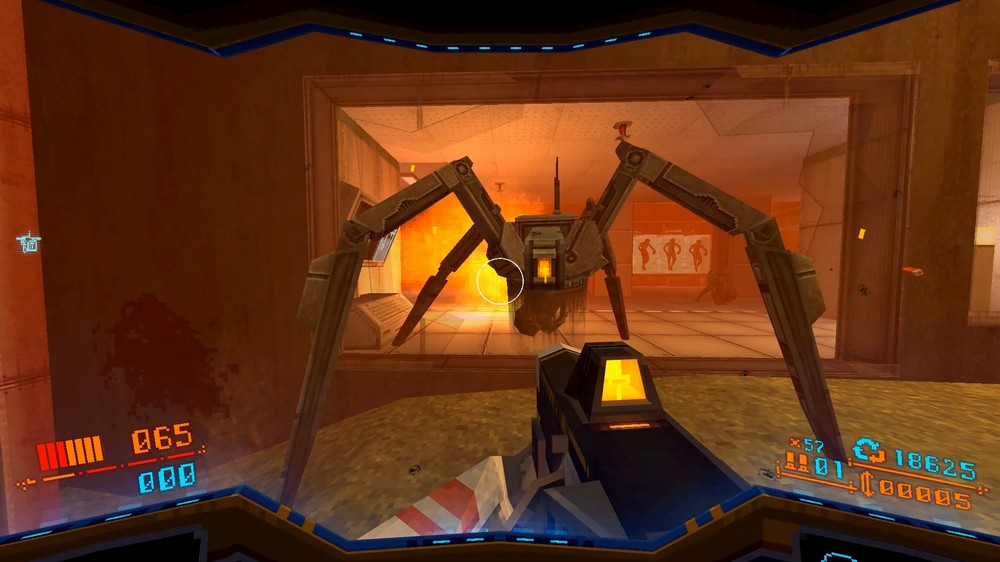 It does seem, however, that the developers are intent on listening to their players and addressing issues that are reported. Among these are the initial reports of poor performance. While my computer is fairly decent, I mostly had great performance with a few occasional moments of hiccups, but this was not detrimental to my experience.

The game has already had 4 patches since it’s release two weeks ago with more incoming, which have majorly curtailed many of the performance problems that people were initially experiencing, with more to come. I know of at least one content patch that will be coming soon with additional game modes added to the game’s existing campaign fan “Murderzone” mode. 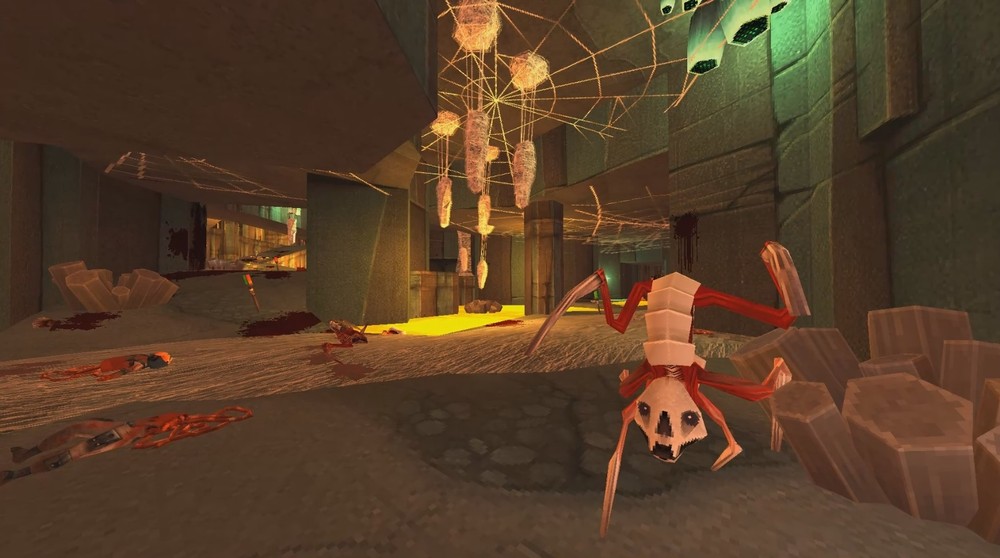 The game is simple in its premise and design, but has a high level of replayability due to the fact that the levels are randomly generated and it is a rogue-like permadeath game, so you end up dying a lot and playing over and over in order to try and do better than your previous runs. The death screen continues the theme of ridiculousness by gauging your performance by the gallons of blood you spilled before your untimely demise.

I think that if the developers focus on making the guns sound and feel better, and keep addressing performance issues, they’re going to have a very solid game. As it stands right now, it is still a lot of fun and I found myself playing over and over again. It’s easy to say “just one more time” and find that suddenly several hours has passed without me realizing it.

So, for anyone looking for a quick, simple, highly replayable FPS that is very reminiscent of the old-school shooters of yore, strap in to STRAFE. 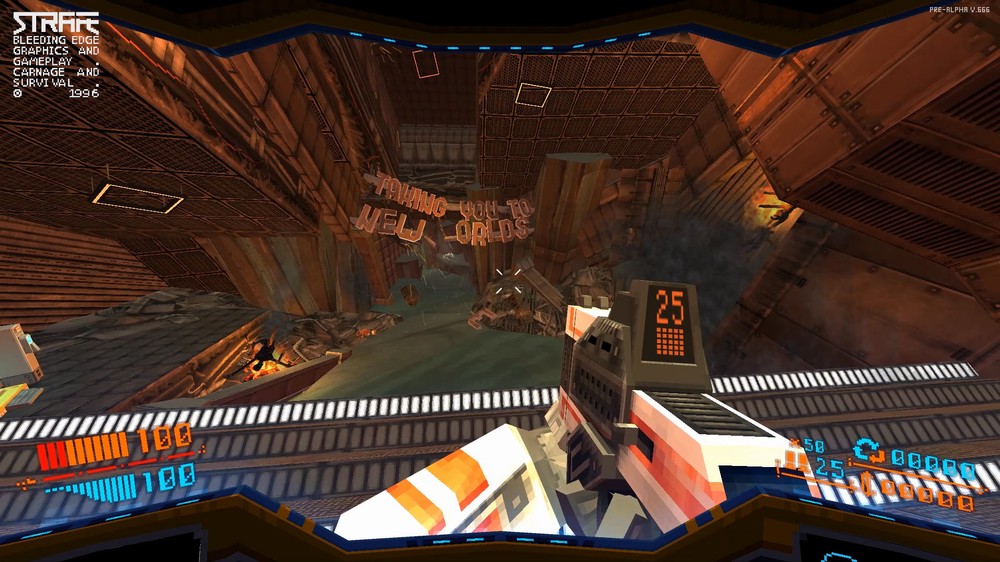 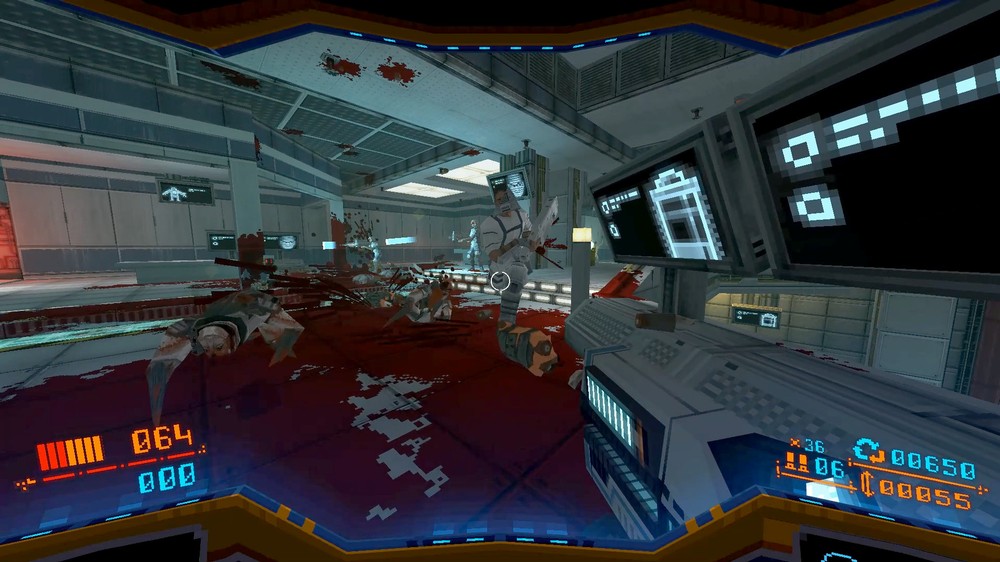 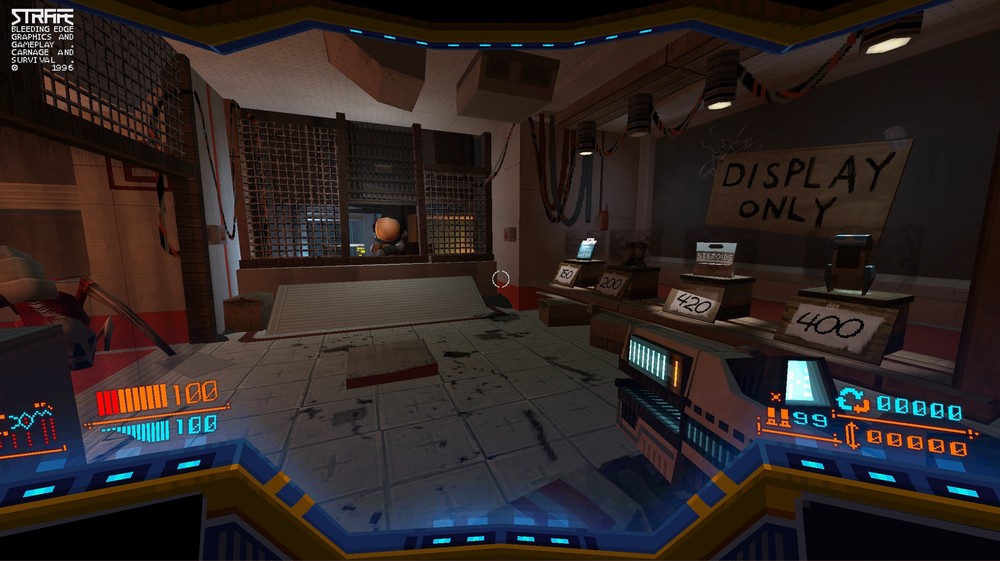 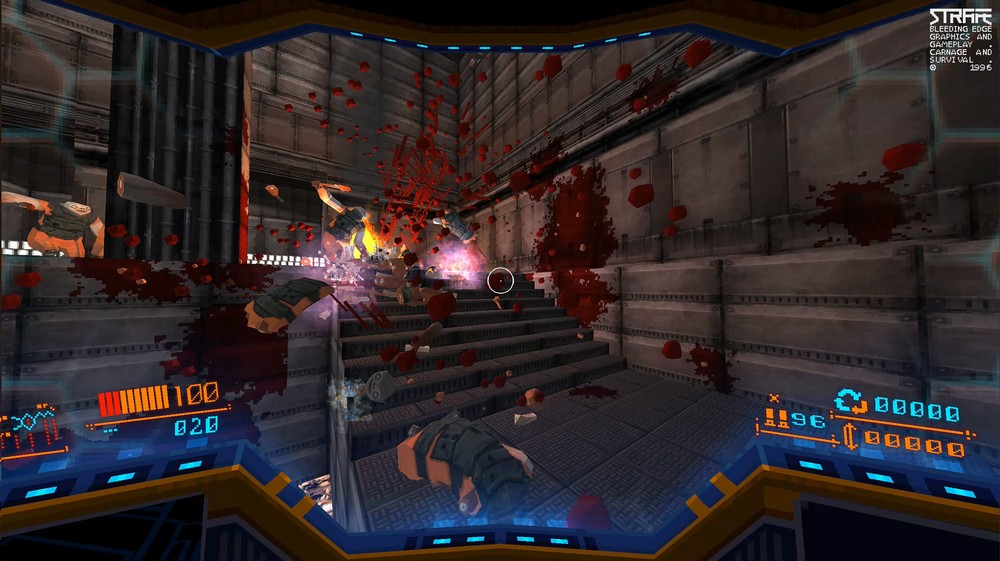 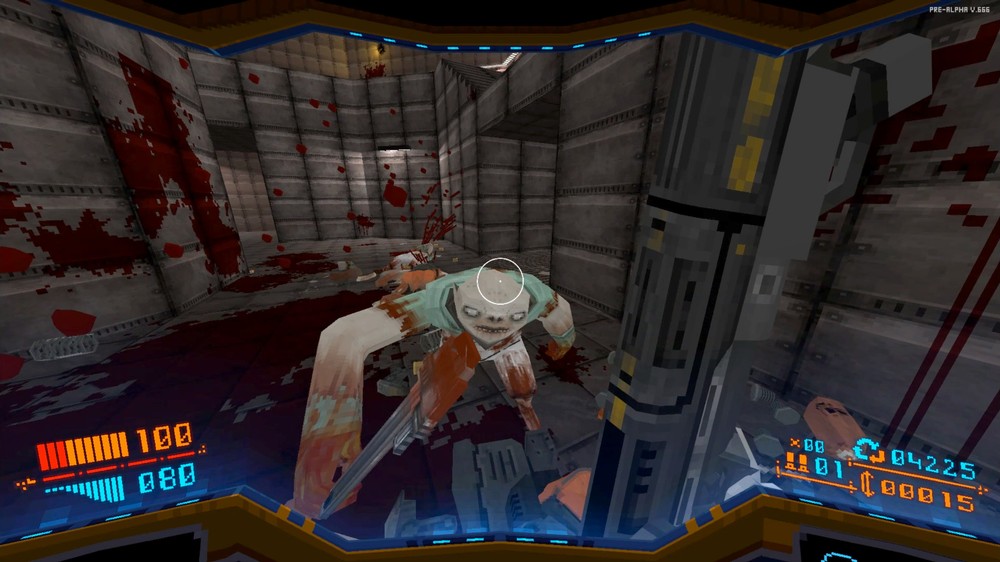 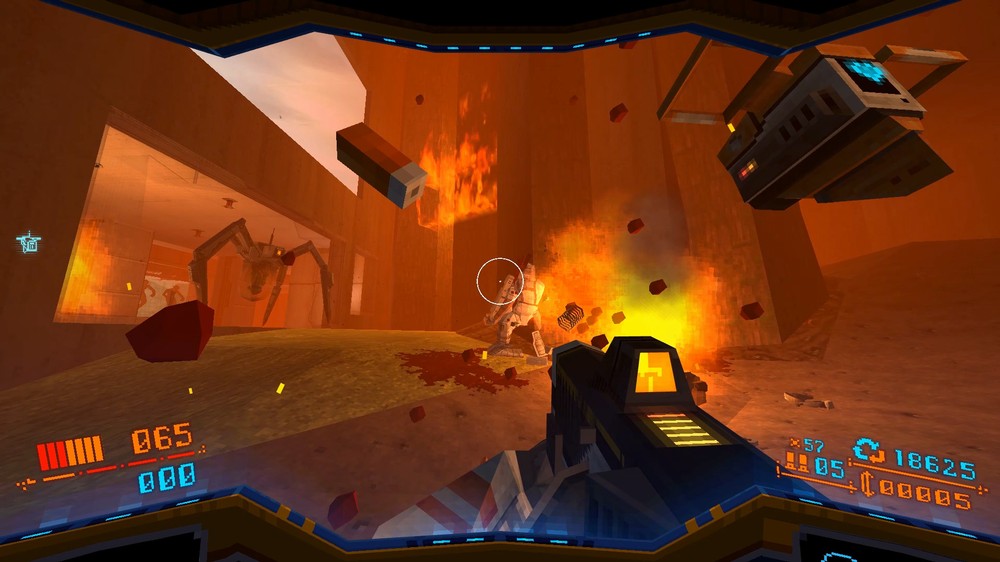