Stick it to the Man Review – PlayStation 4

Only 4-5 hours long, nothing here that will challenges seasoned gamers.

Easily one of the most delightful and entertaining indie games you can play on the PS4.

Stick it to the Man took me totally by surprise.  I somehow missed this quirky indie game when it released on PC late last year and I’m sort of glad I did because the new PlayStation 4 version does a few nifty things that set this game even further apart from its competition – assuming this completely original and conceptually brilliant game even has competition.

Meet Ray, an odd fellow who has the unlucky job of testing hard hats and providing them with star ratings – as in the number of stars that you see circling your head after getting hit by a random object.  One day, on his way home after work, Ray is hit by a canister that has fallen from a military aircraft.  Inside is an alien creature that works its way into Ray’s head giving him the unique ability to read people’s minds as well as interact with the world by manipulating a pink spaghetti-like arm and hand that now protrudes from his head.  Ray’s new abilities opens up a whole new world of puzzles and adventures, especially when the government (aka The Man) wants their alien back and sends a not-so-elite force of bumbling Men in Black agents to retrieve it. 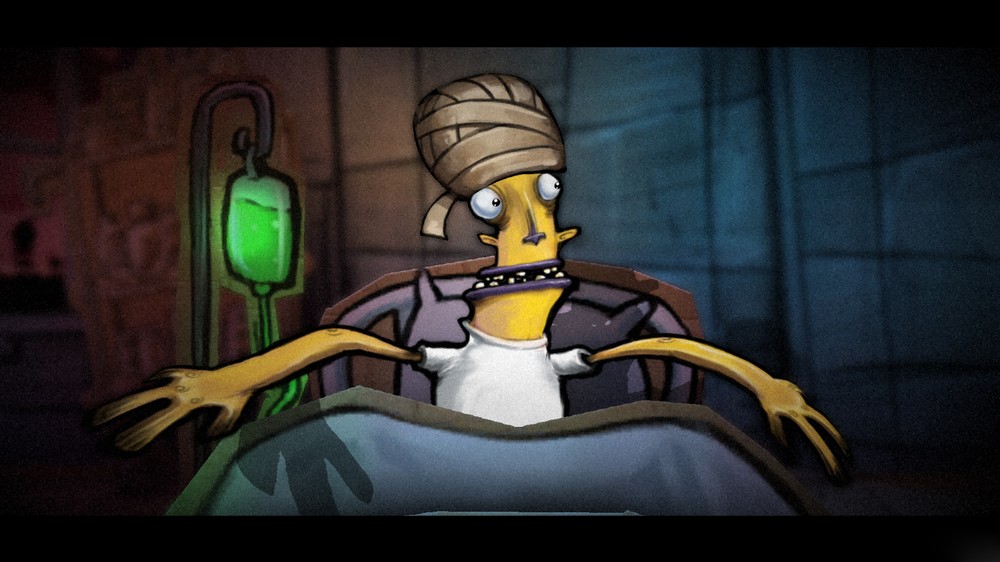 The first thing you’ll notice when you step into the world of Stick it to the Man is the art style that looks like Tim Schafer went wild with the LittleBigPlanet construction set.   All of the characters are these 2D paper-thin constructs that live within a vividly colorful multi-layered world that is also constructed from 2D paper.  There will be times when you can find a tear point and peel back parts of the world to reveal new people and objects within.  Additionally, there will be numerous objects, both tangible real world items as well as items that manifest themselves in the thought bubbles of characters, both of which represented with stickers that you can collect and reapply in other locations to solve a variety of challenging puzzles.

In addition to the wonderful art and animation is some of the best music I’ve heard in an indie title in quite some time ranging from smooth jazz to easy-listening and even a dash of disco.  Fantastic sound effects bring this 2D world to 3D life with precise sound placement and great environmental effects, but the highlight of the audio presentation has to be the delightfully quirky dialogue that is delivered with all of the quality and commitment of a AAA title.  I haven’t laughed this hard playing a video game since South Park: The Stick of Truth.

Controls are perfect with the left stick controlling Ray and the right controlling the pink appendage on his head that you can use to lock onto push pins stuck into the world and zip around like Spider-Man or lock onto a character’s brain and hear their thoughts.  There are a few jumping platform parts and Ray almost always seems to come up short on his jumps, having to catch himself on the edge and mantle up, and there are some fun encounters with agents and alien guards that create some great Keystone Cops chase sequences. 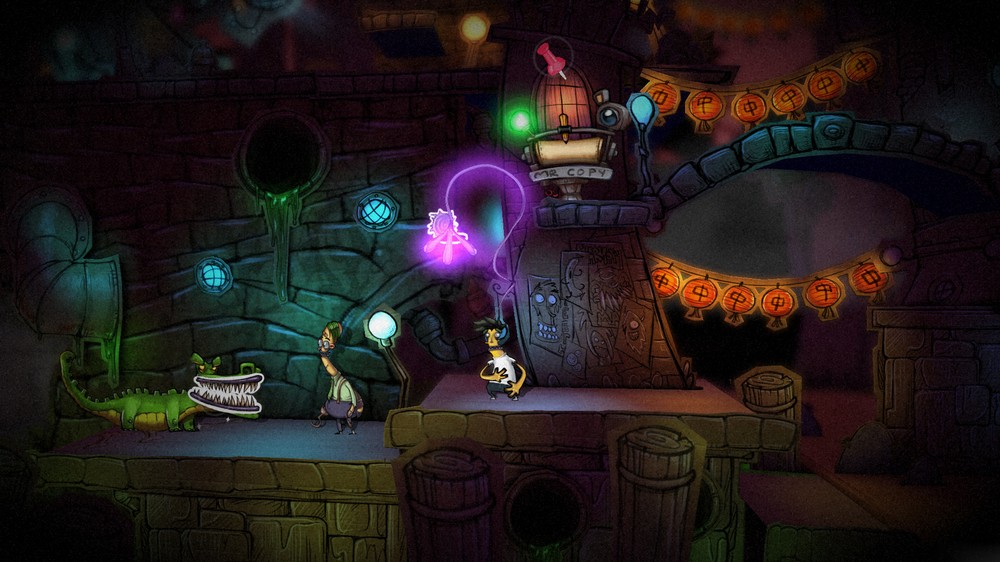 Stick it to the Man is a refreshingly casual experience that will reward your thoroughness of exploration and your dedication to interact and read the thoughts of everyone in the game…multiple times.  In that way it is like an adventure game where you go through conversation trees, only here you are tapping into their pulsating pink brain and hearing their most private thoughts via the DualShock 4 speaker.  Sometimes these inner dialogues will reveal clues on where to go or what to do and other times they will generate a useful sticker; an item that you can add to your collection and use somewhere down the road.  For the most part these puzzles are fairly obvious and contained to a relatively small location, so when you find an item you almost always know where to use it.  There were a few puzzles that required the combination of multiple stickers like creating a complete tea set.

Not only is the game casual it is also short, clocking in at just over four hours.   You can even watch the complete game from start to finish on our Live Show archive.  I was shocked to learn that after my first run I had only collected about 40% of the trophies and there are some pretty creative challenges and quests to undertake if you want to collect the rest.  The game is so much fun that it is certainly worth replaying, either as a whole or just jumping back into the various chapters to get what you missed.

Despite its short playtime Stick it to the Man is still a bargain for $10 and at the time of this review it is FREE for PlayStation Plus members, so you have no excuse for missing out on one of the most quirky and delightfully entertaining games currently available on the PlayStation Store.  Blending the paper and sticker visual style of LittleBigPlanet with the brain-tapping Psychonauts drama of diving into the human psyche, Stick it to the Man is one game you won’t soon forget…unless you get hit on the head with a hammer. 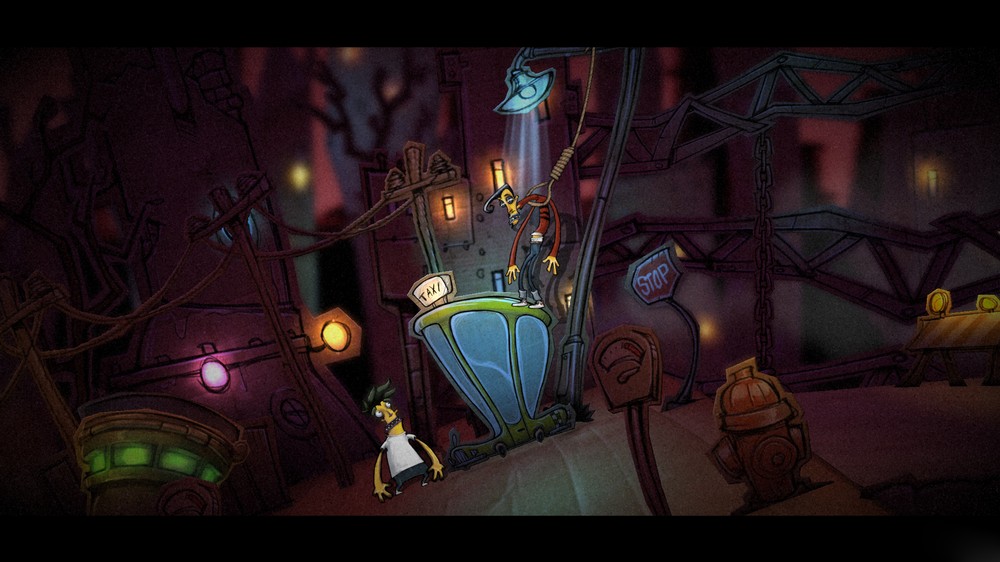 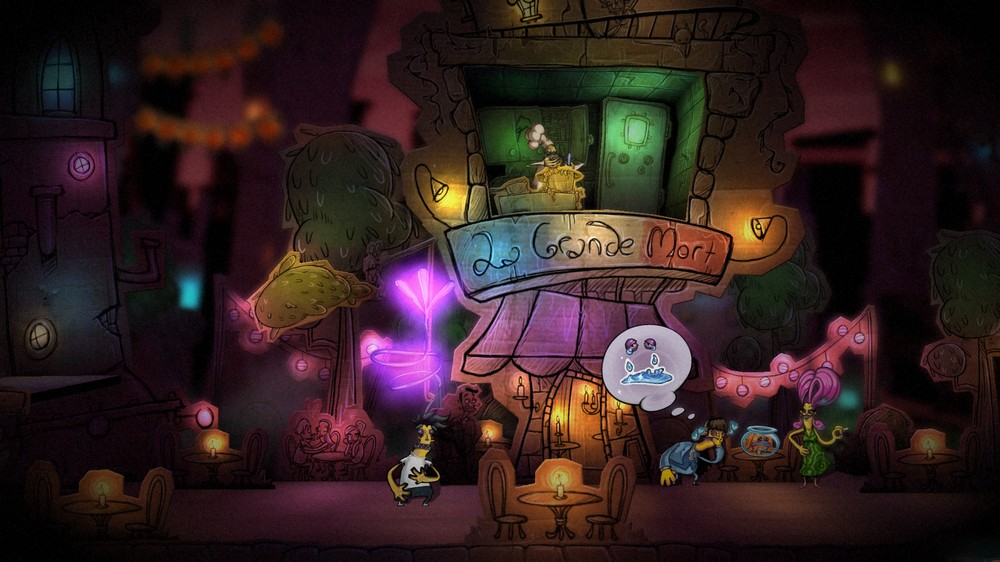 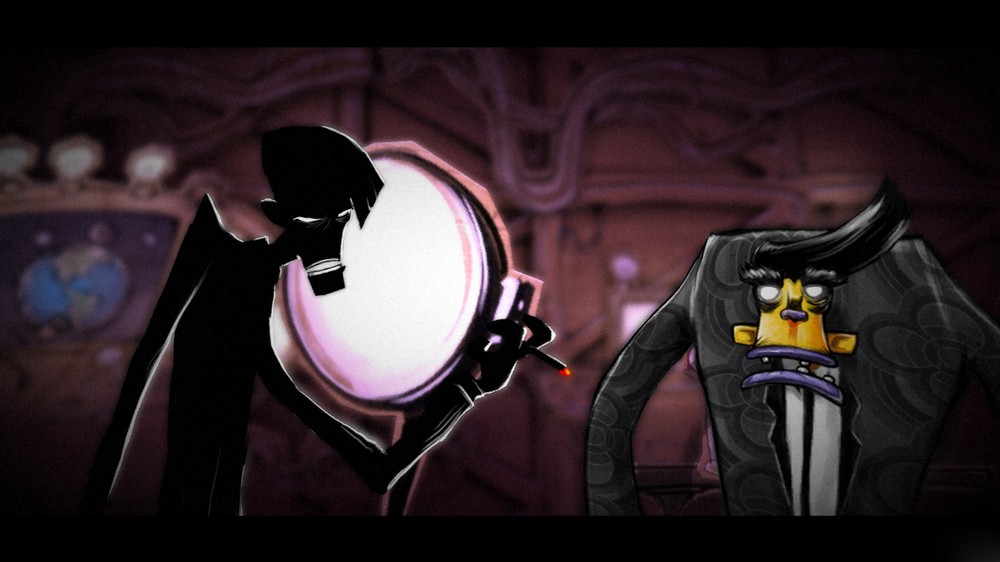 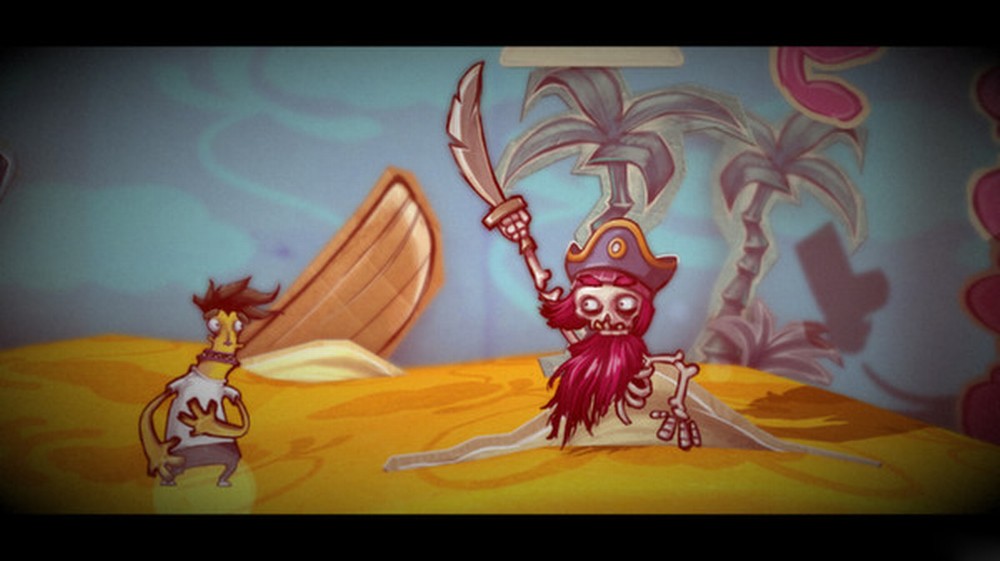 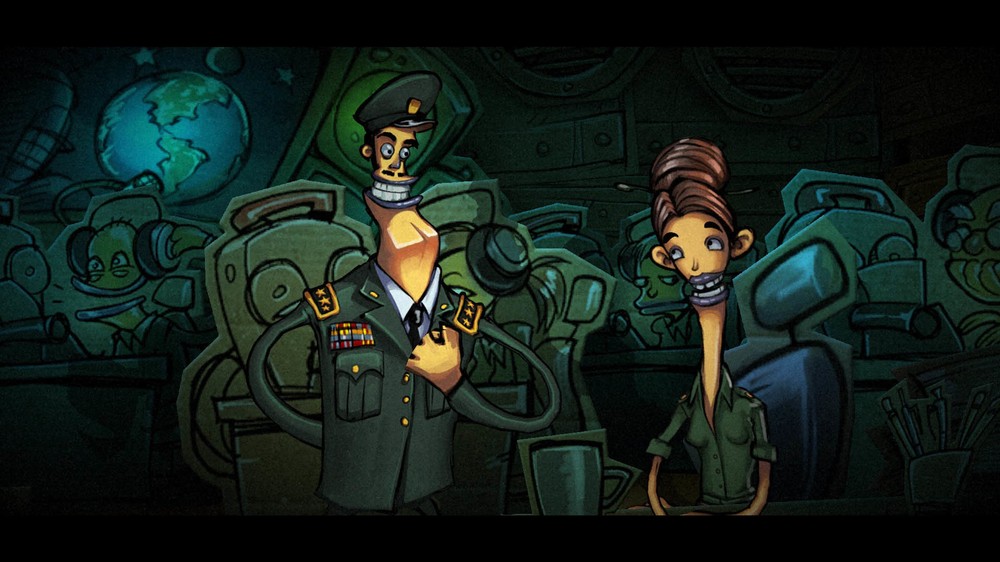 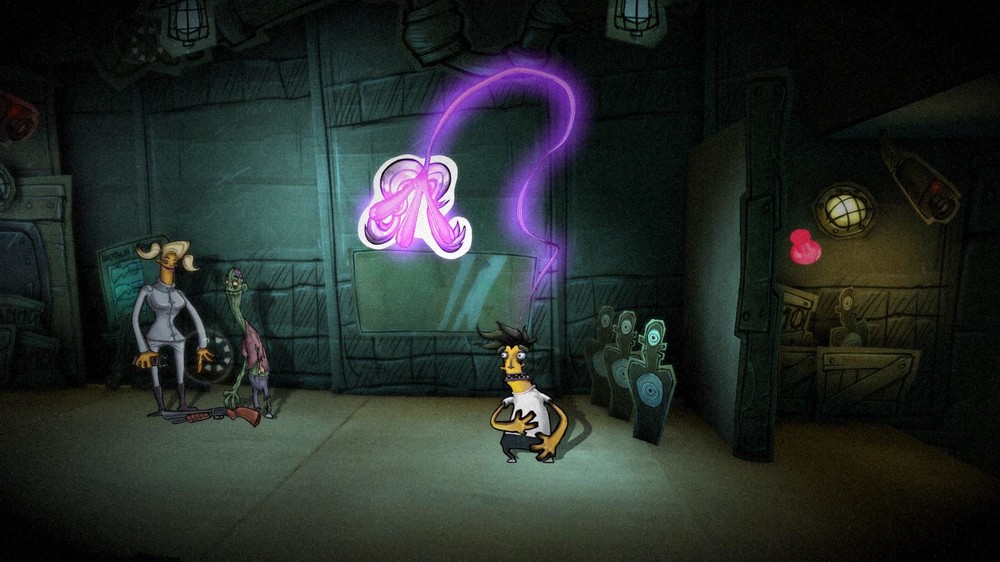 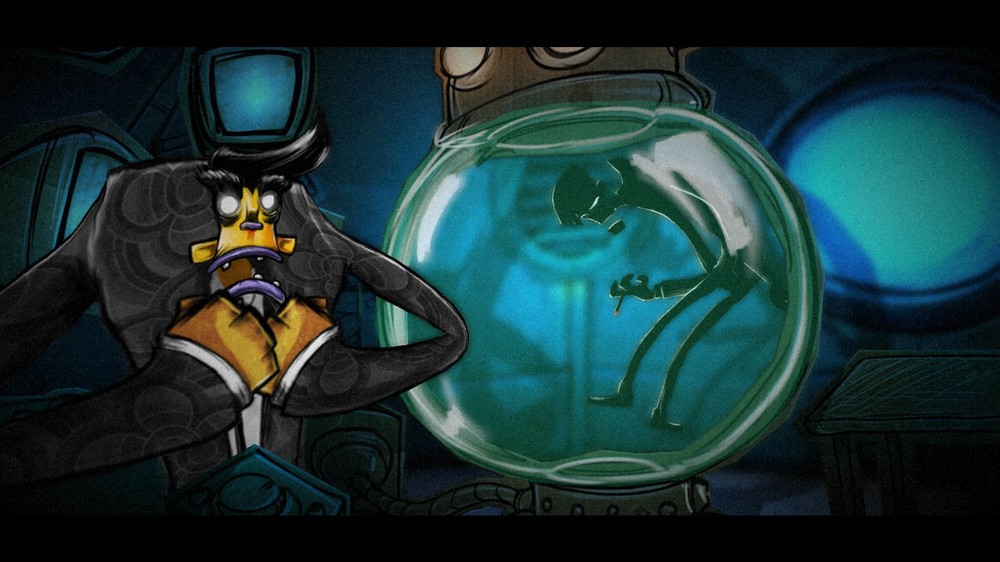