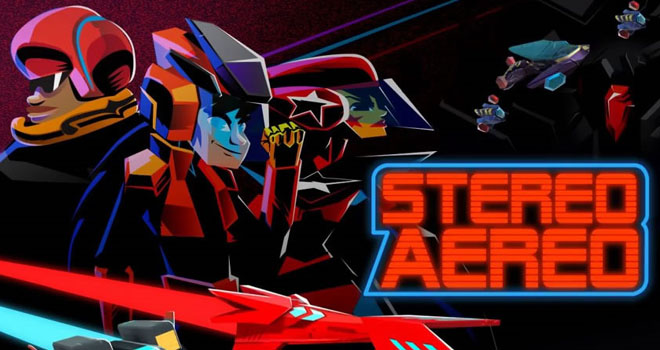 This music highway needs to be closed for further construction.

Stereo Aereo is a rhythm game that blurs the lines of Guitar Hero, anime adventure, and navigating the 405 at rush hour (for you Californians). The game starts off with some stylish art panels that setup the story of a futuristic rock band that needs help getting to their next concert. Similar panels will pop-up between the actual game levels to further the story, but in the end the entire narrative is rather pointless, and while the visuals are pleasing to the eye the voice acting is borderline terrible.

A brief tutorial gets you acquainted with the controls and mechanics of the gameplay and gets you an achievement, and then it’s off to the real game that is more about collision avoidance than music appreciation. You’re in a ship flying down one of five lanes of traffic where you must switch lanes to thread your way through gaps in congestion, and do so while switching lanes to the beat of the background track. Eventually you’ll have to do battle with the police, space monsters, and other enemies by firing your weapon just as enemies are passing through a special zone on the highway. 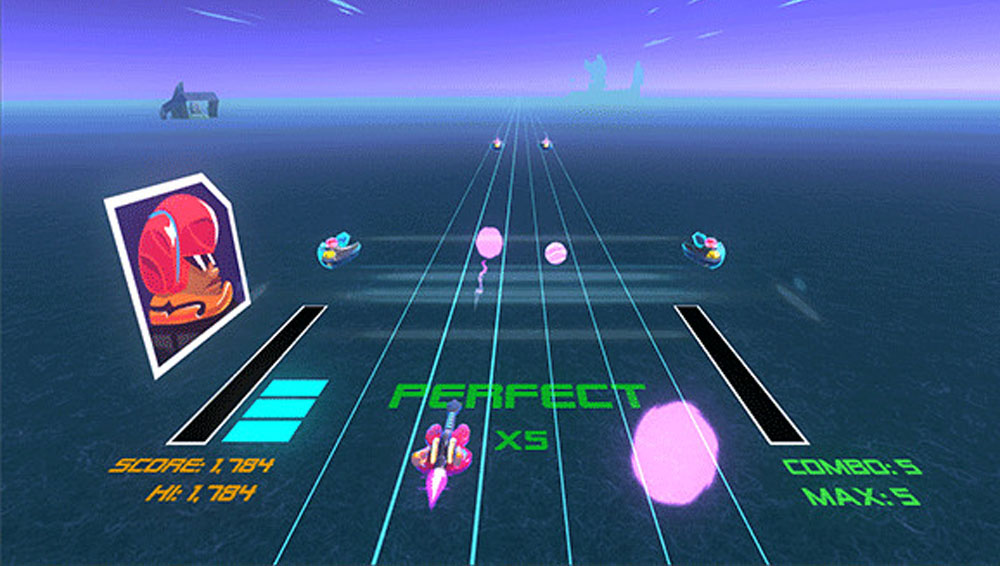 With only eight levels Stereo Aereo has limited time to grab gamers with either its music or its gameplay and sadly, I didn’t enjoy either. This is a rhythm game so music is crucial to the experience, and while some of the tracks were okay, only one was truly memorable, but none of them felt like the music was intended to drive the experience. It was all background music that you were supposed to somehow relate to and engage with the beat.

Avoiding traffic by tapping the stick or D-pad left and right might be a cool concept, but having to make those moves in sync with the soundtrack seemed pointless. Imagine playing Frogger if you were supposed to move in time with the music. I was a DJ for over ten years and have played virtually every music game released to date, so I know a bit about matching beats, and Stereo Aereo has some serious issues with syncing controls to the rhythm. In many instances the timing is totally off and sometimes it just plain doesn’t work. 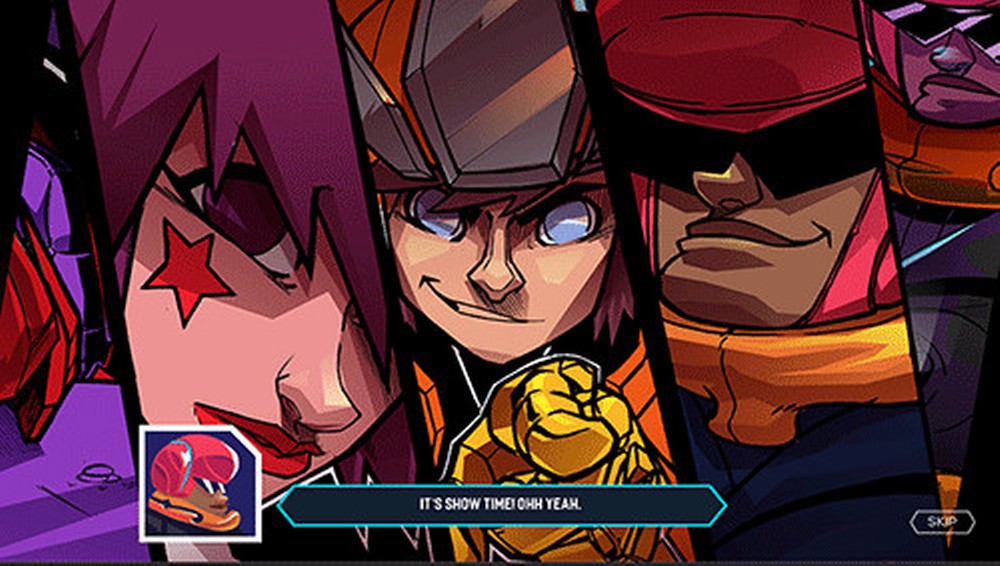 Even the shooting sequences are problematic in that you have this targeting zone where your weapons are actually effective and where you must shoot incoming enemies or their projectiles to match the beat, but then you also have your ship at the bottom of the screen that still needs to avoid anything coming through that zone in other lanes. It’s possible after several attempts but by then most of the fun has been sapped from the game.   You can choose from four difficulty modes, but the game doesn’t seem to change; only the number of lives you have to finish it.

With only 8 levels/songs in the arcade mode you can probably finish this game in a few hours, although trying to get all the achievements will takes days of frustrating gameplay. The boss fights were the highlight of the game, and while I did enjoy the art panels, the story was unnecessary to the gameplay and the voice acting made me cringe. The retro 80’s visuals offered a nice flashback to my arcade days, but the soundtrack was disappointing, and when combined with poor beat-matching gameplay, this music highway needs to be closed for further construction. 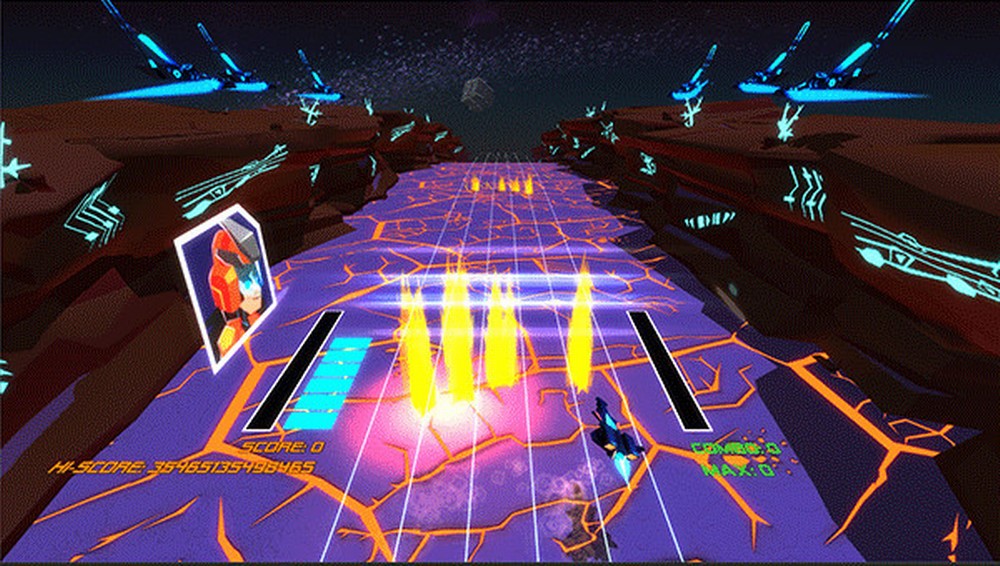 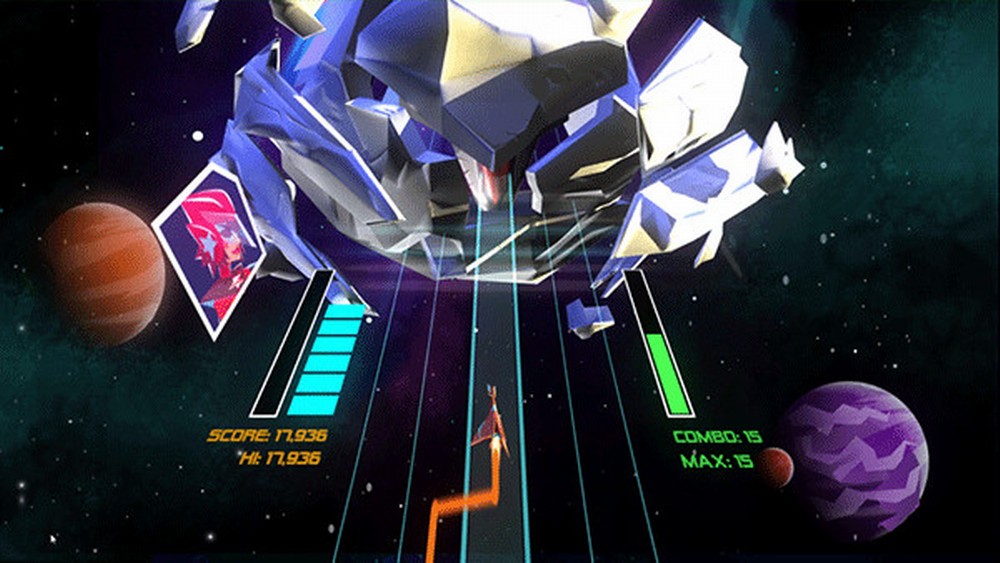 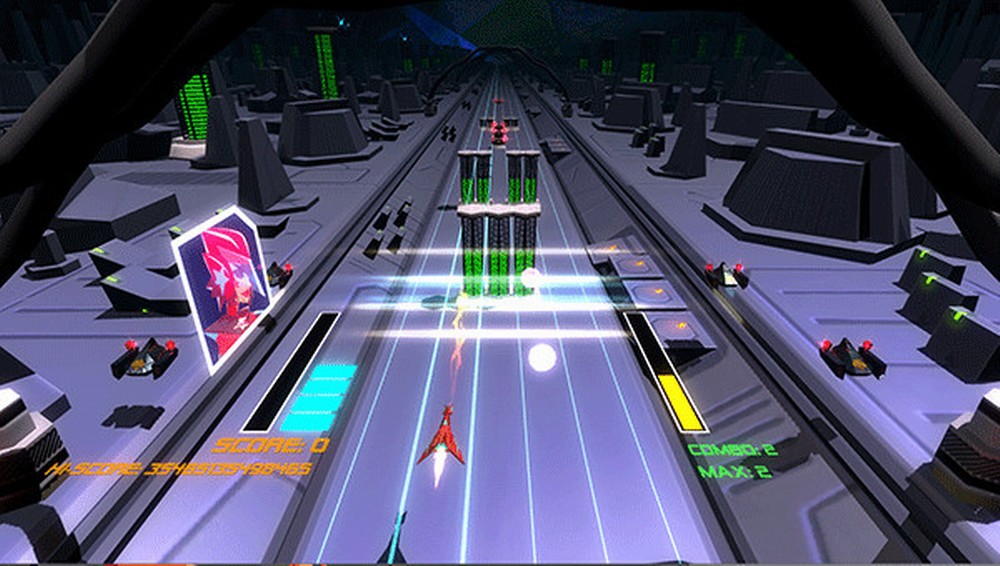