Mindless combat, relatively small universe, light on the simulation, story is weak and easy to stray from in this sandbox

Fun in a mindless, fire-and-forget kind of way, but fails to engage players for the duration.

Earlier this year, I posted an Early Access preview of Little Green Man Games Starpoint Gemini 2. At the time, I was intrigued by the possibilities that were hinted at by the Early Access title, but I was also slightly pessimistic about how it would fit in a genre with similar titles like Star Citizen, Elite: Dangerous, and EVE: Online dominating the landscape. At the time of the preview, there wasn’t much more to the game that an open sandbox.

Now that the final release has been made available, I gave it another go. Starting from scratch, I was pleased to find that there now is a campaign story that you can play through, which is one of the things that I cited as being needed for a game of this type. The story involves investigating the cause of your father’s death, avenging him, and finishing what he had started. Unfortunately, the missions that you follow along that story path are fairly repetitive as far as actual gameplay goes. There are missions where, upon arrival, you have to fight some assortment of enemies. There are missions where you have to obtain some item and transport it somewhere else. There are missions where have to repair something that is damaged and floating aimlessly in space. But, beyond that, there really isn’t a whole lot else. 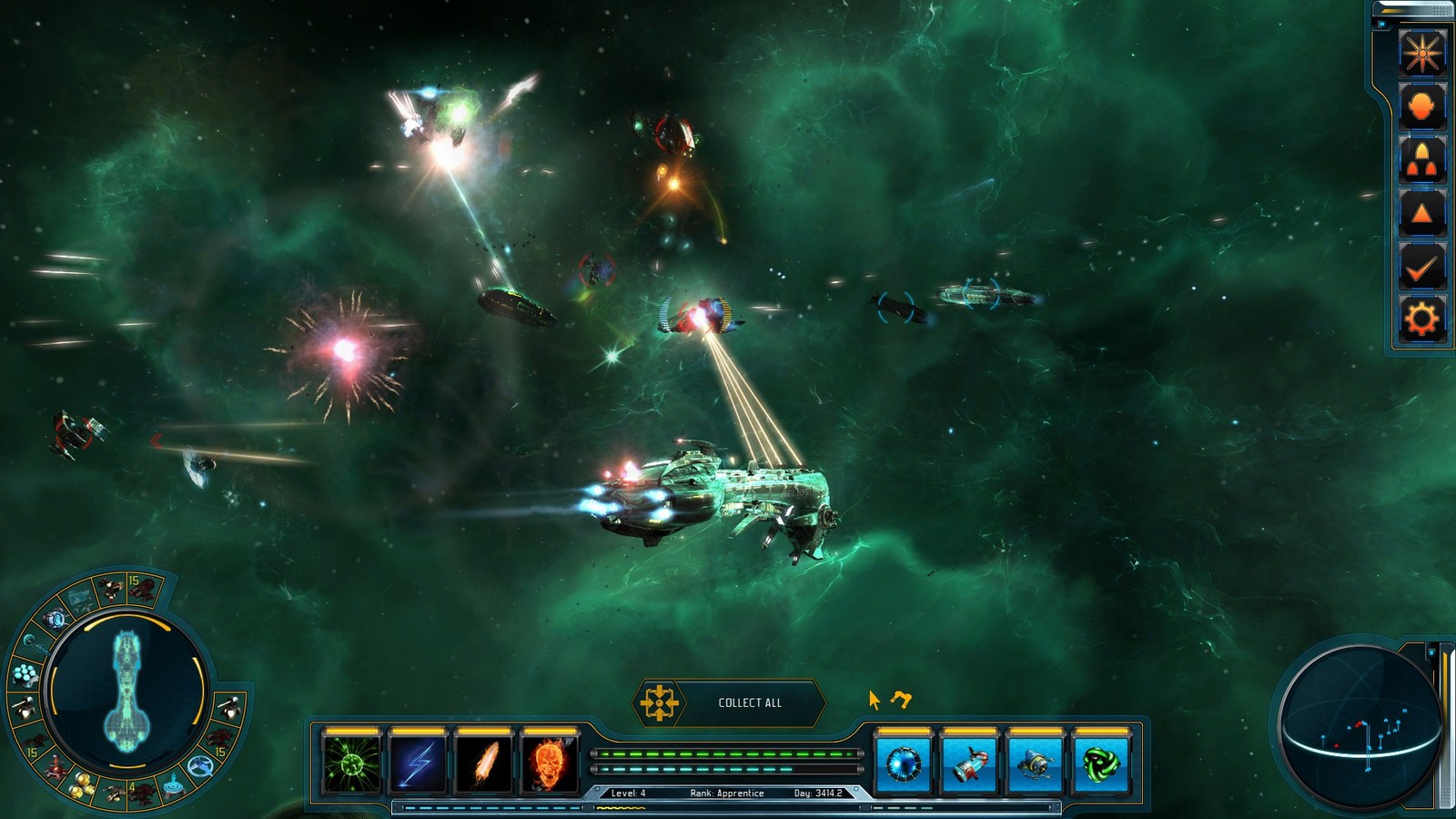 The story campaign does ease you into the gameplay a bit by guiding you through the early steps of learning how to interface with the game and giving you a reason to explore the space available. There are side quests that still pop up and allow you to make a little extra money which you can then use to upgrade your ship and increase your skills. Even in campaign mode, the game is still a sandbox, allowing you to venture off and take on whatever other tasks you might decide you’d like to do in the meantime. It even encourages you at points to level up before proceeding with the main story so that you don’t get slaughtered. I found, however, that some of the side quests were broken, not allowing you to perform the required action in order to complete the mission. A case in point was a mission that asked me to repair a vessel. When I came within range, the context menu did not give me the option to repair it. Things like this really devalue a game, in my opinion.

Combat is fairly flat and uninvolved. I found myself, as I’d approach a combat area, activating my “Fire-at-will” command and just kind of sitting back and watching the light show. It feels very removed and out of your control. I guess it’s trying to simulate being the commander of a crewed ship more than being the pilot of a fighter, but there isn’t enough input required. If you’re going to have me take the position of captain and not pilot, then I want there to be more “command” options than just “Fire-at-Will”. I want to have to reroute power from different areas of the ship, seal off damaged areas, pull crew from one place and send them to others…but there’s none of that. Well, you can reroute power between shields, weapons and systems, but beyond that, there really isn’t anything more involved. And usually, I found myself just leaving everything equally balanced and it didn’t really matter. Maybe at the higher levels of the game, there are more command decisions that need to be made, but at the early stages of the game, at least, it felt very hands-off. 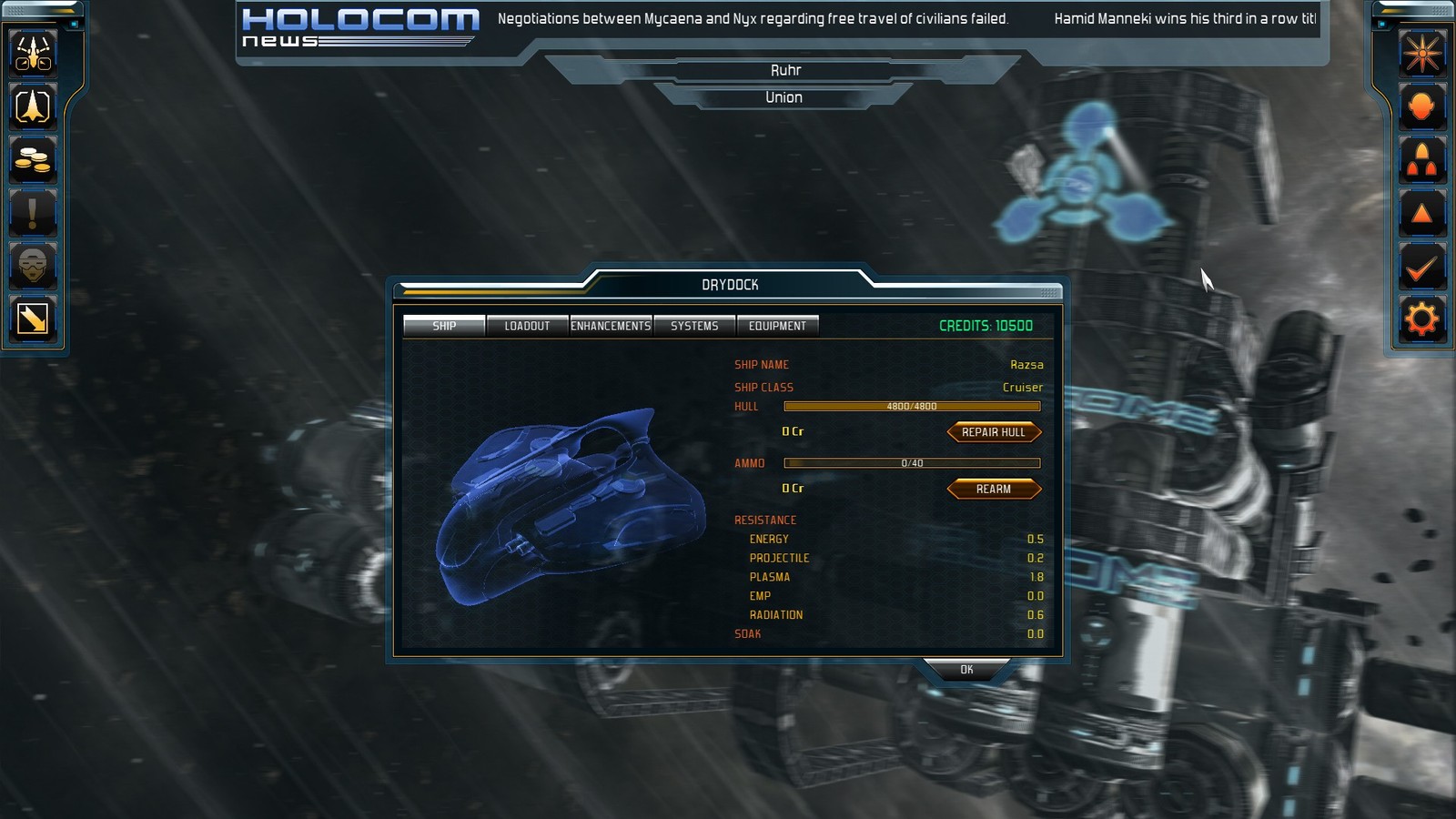 The galaxy that you are given to explore is rich, though relatively small compared to other space sim games. I think I have already been spoiled by the immensity of Elite: Dangerous. In Starpoint Gemini 2, when you set a course for a destination, you go into a Power To Engines (PTE) mode and you go faster, but it’s not like hyperdrive or light-speed or anything like that. There are what are called T-Gates which allow you to “warp” from one location to another instantly, but it costs a lot of money to be able to use them, almost like paying really expensive tolls to travel the galaxy. But, if you want to take the time, you can fairly easily set course for a waypoint and go there at PTE speed in a relatively short amount of time, which just serves to make the entire playable space feel small. Though it is relatively small in comparison with other games of its genre, I can say that it doesn’t feel claustrophobic when it comes to the design. It works. The space you are given to explore is big enough for what you do in the game.

One very impressive thing about this game are the vast array of ships that are available. There are approximately 75 ships that are all playable and customizable down to their color and what equipment they have on board. There are a massive assortment of various weapons and other equipment to add to your ship in order to optimize its effectiveness, as well. There are also skills and perks that you can achieve as you progress through the ranking system that will buff your abilities. There are AI ships that go about their business around you in the world. Sometimes a pirate will engage you, or you will come across a battle in progress and you can choose to help out or not. There is a deep faction system that boasts 50 different factions, all of which you will have a varying degree of positive or negative relationship with, which determines how they will act toward you when you encounter them in deep space. All these things really play strongly in favor of the RPG elements of the game. 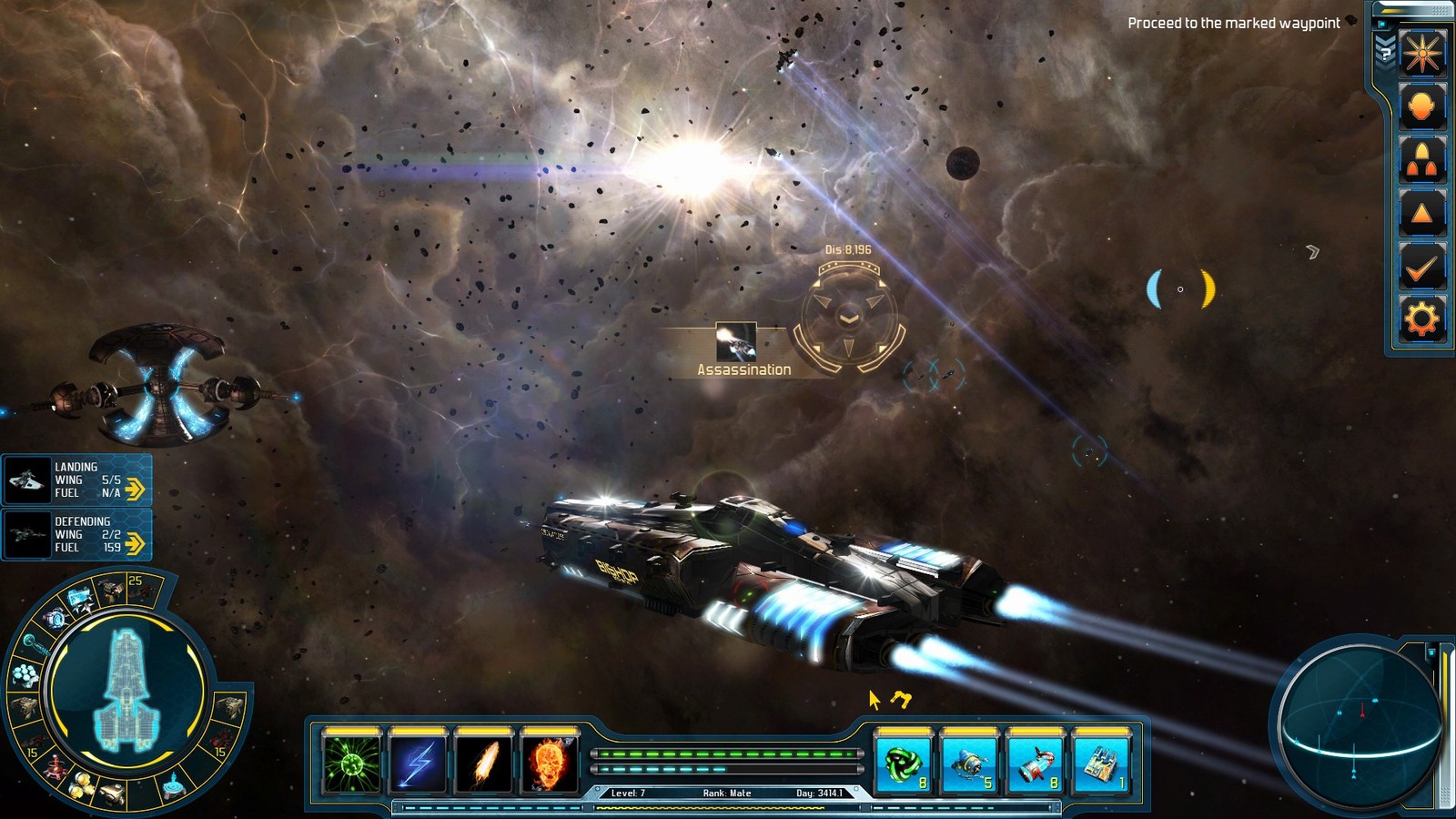 I had to keep reminding myself that this game is more of an RPG and less a space sim. Maybe I’m being too harsh by lumping it in with games like Star Citizen and Elite. Because, ultimately, it isn’t the same type of game. It’s not really going to draw the same crowd, I don’t think. Sure, there’s going to be some overlap. There are going to be those who just love games that take place in space. But, they aren’t the same.

Ultimately, however, I just couldn’t get “into” the game. It never really drew me in. The visuals are nice and the multitudes of ship designs are really well done. The music and sound effects are pleasant and appropriate. But there’s just something lacking. The sandbox just didn’t feel sandbox-y enough and the missions in the story mode were just variations on the same three or so basic mission types that are available. It’s basically a grind. You level up so you can blow up bigger and better ships so that you can buy bigger and better ships for yourself so you can go out and blow up even bigger and better ships. Rinse and repeat.

Unfortunately, nothing exists in a vacuum, not even a game that takes place in one. This, I think, will be the downfall of Starpoint Gemini 2. It exists as a contemporary of these other titans that make it seem small and uninspired by comparison. The RPG elements set it apart from games like Elite and Star Citizen, but makes it feel like a single-player step-child to EVE: Online. 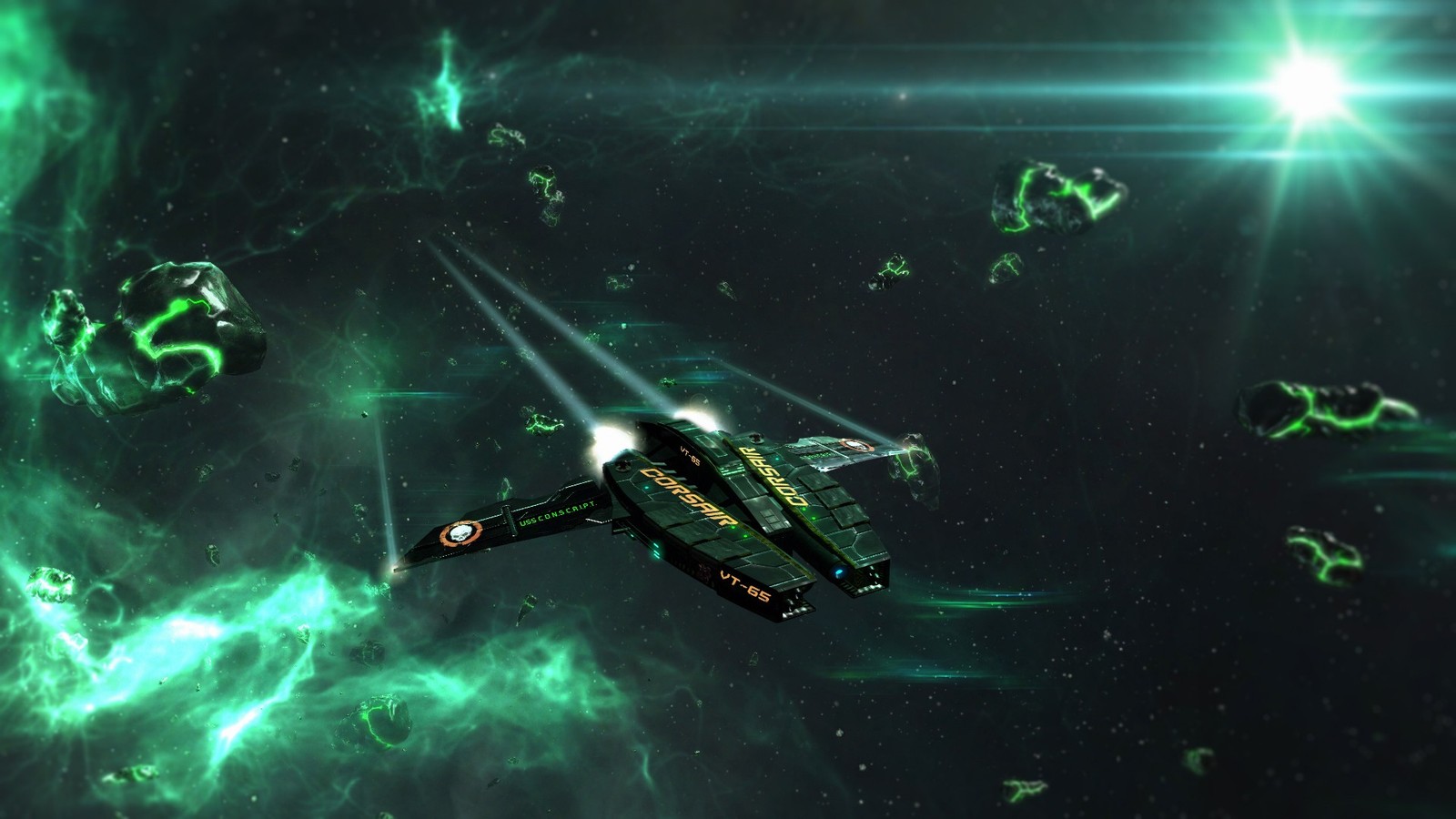 In my opinion, the only real hope this game has is the fact that it supports modding. I think if someone from the community were to come out with a mod that would add some more depth to the game, it would save it from the doldrums of mediocrity. There are plenty of people on the forums saying to give the game time to fully develop in order to deliver on more in-depth features other than the main story, but for me it might be too little too late.

There just isn’t anything about this game that I felt was truly unique or intriguing enough to warrant a glowing recommendation. It works most of the time, it looks nice, it’s fun in a mindless, fire-and-forget kind of way, but it isn’t engaging. In the end, I felt like the most compelling part of the game was the grindy elements that are bread-and-butter for RPG’s, levelling, getting better equipment, getting more skills and perks, but the story was only vaguely interesting. And when you’re playing an RPG, like I said in my preview, you really need a compelling story to keep you playing. Without that, you just get bored doing the same repetitive stuff over and over again.

In conclusion, I would say that if you’re in the market for a new space game, there are plenty of other options out there to spend your money on. If you’re in the mood for an RPG, the same applies. If you’re really in the market for a single player, space-based RPG, then I think Starpoint Gemini 2 is the game for you. It may not be perfect, but the developers do seem to be working hard at trying to improve it and the modding aspect of it does give it hope for some outside inspiration. 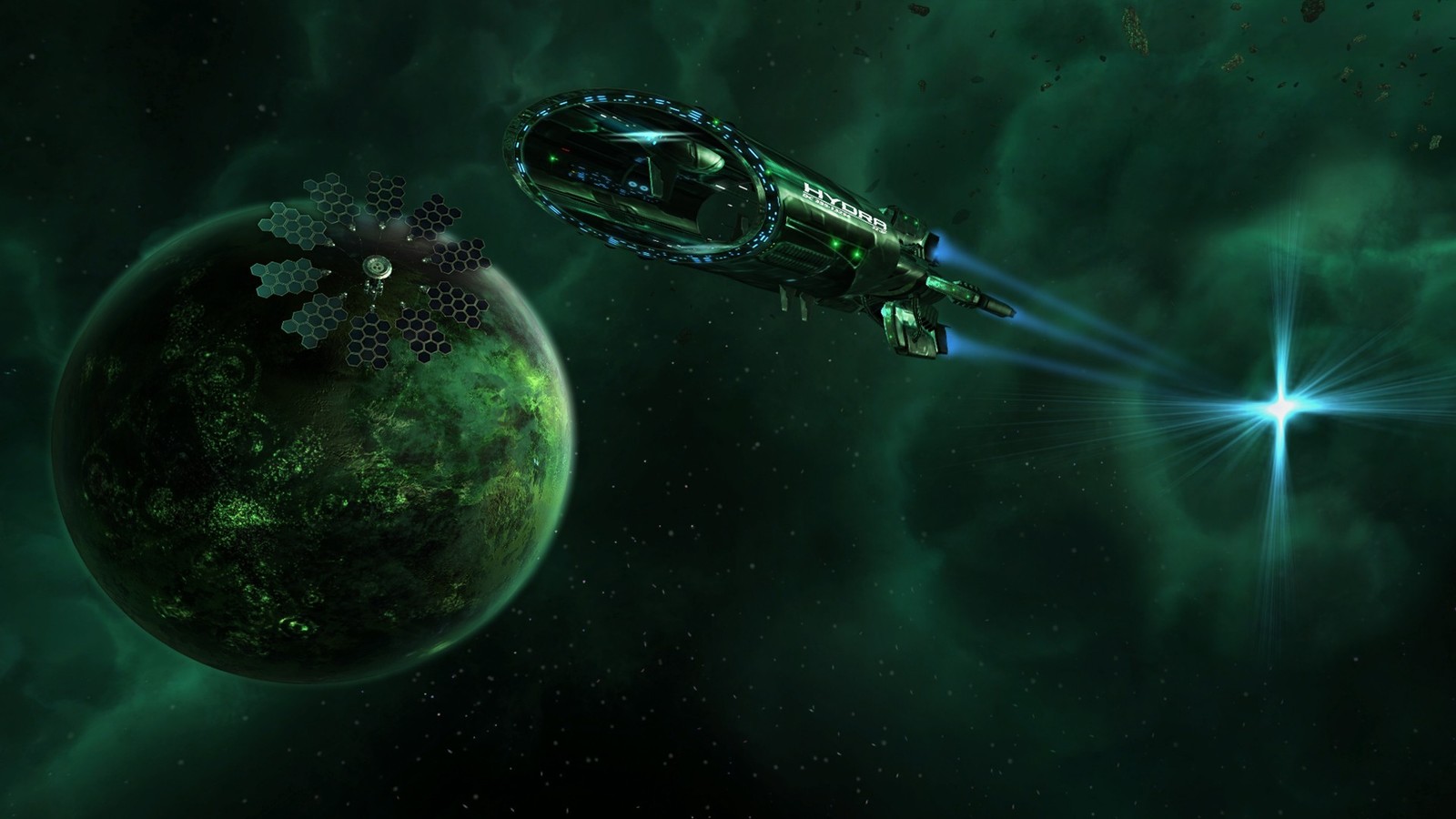 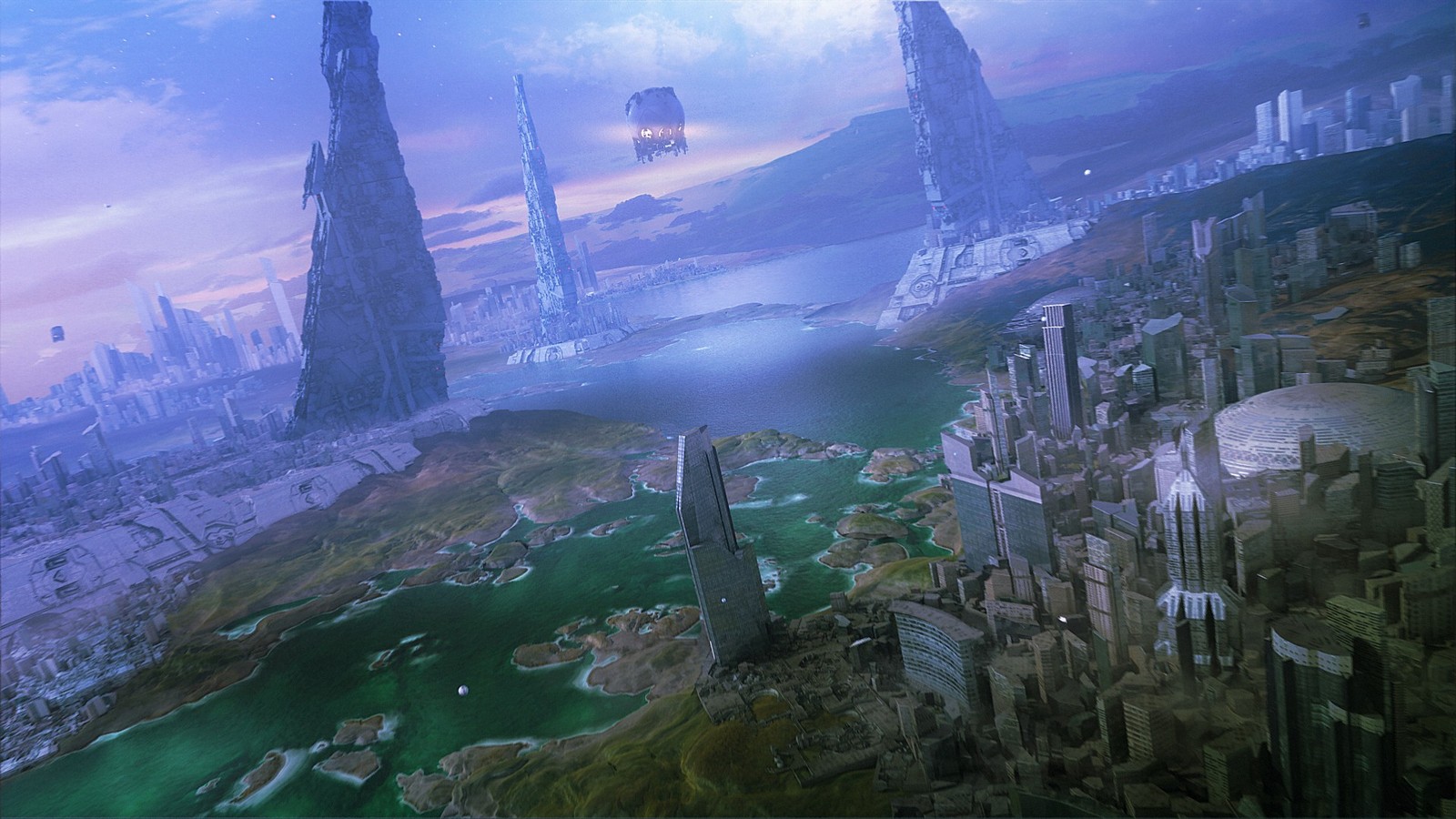 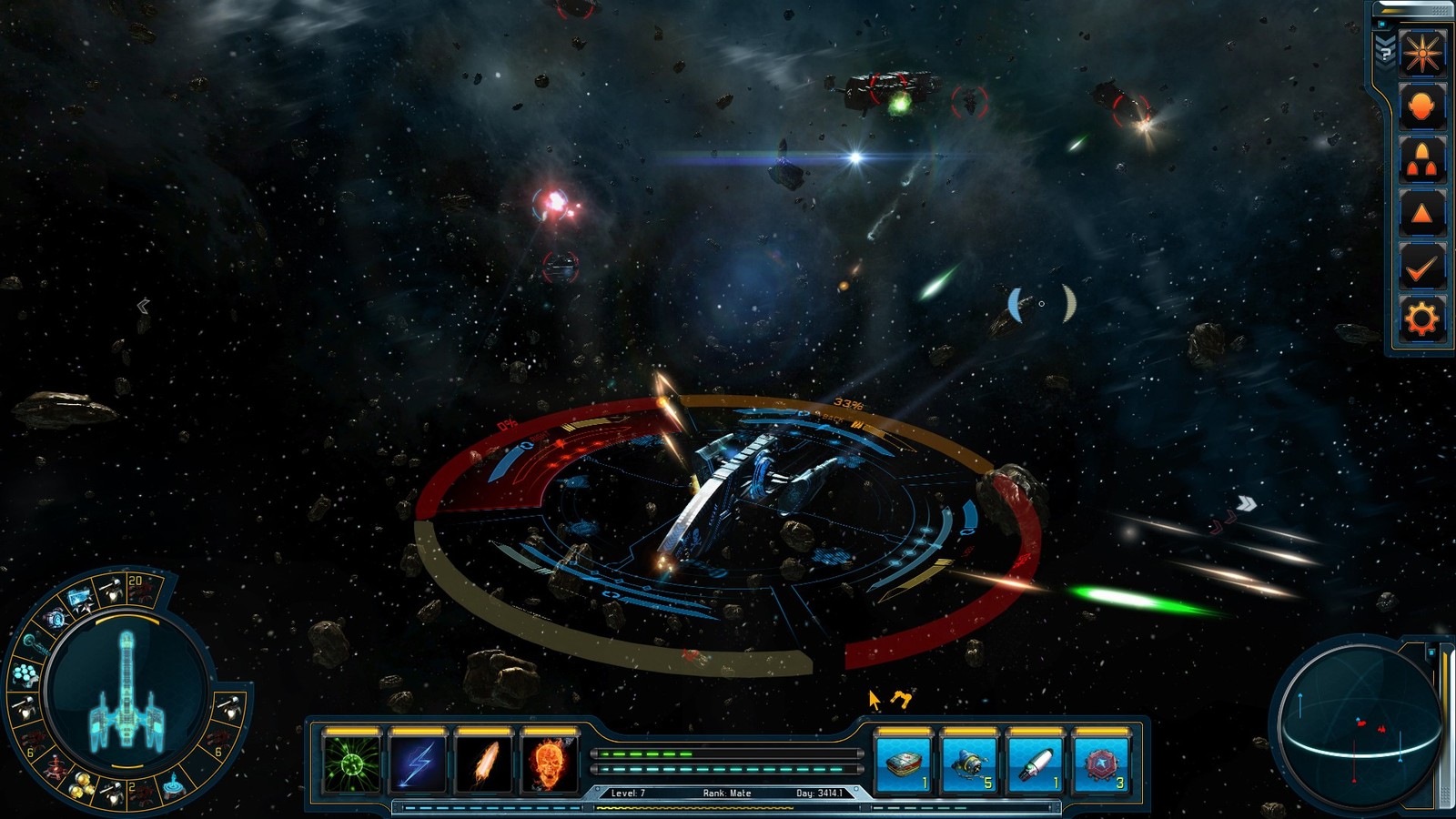 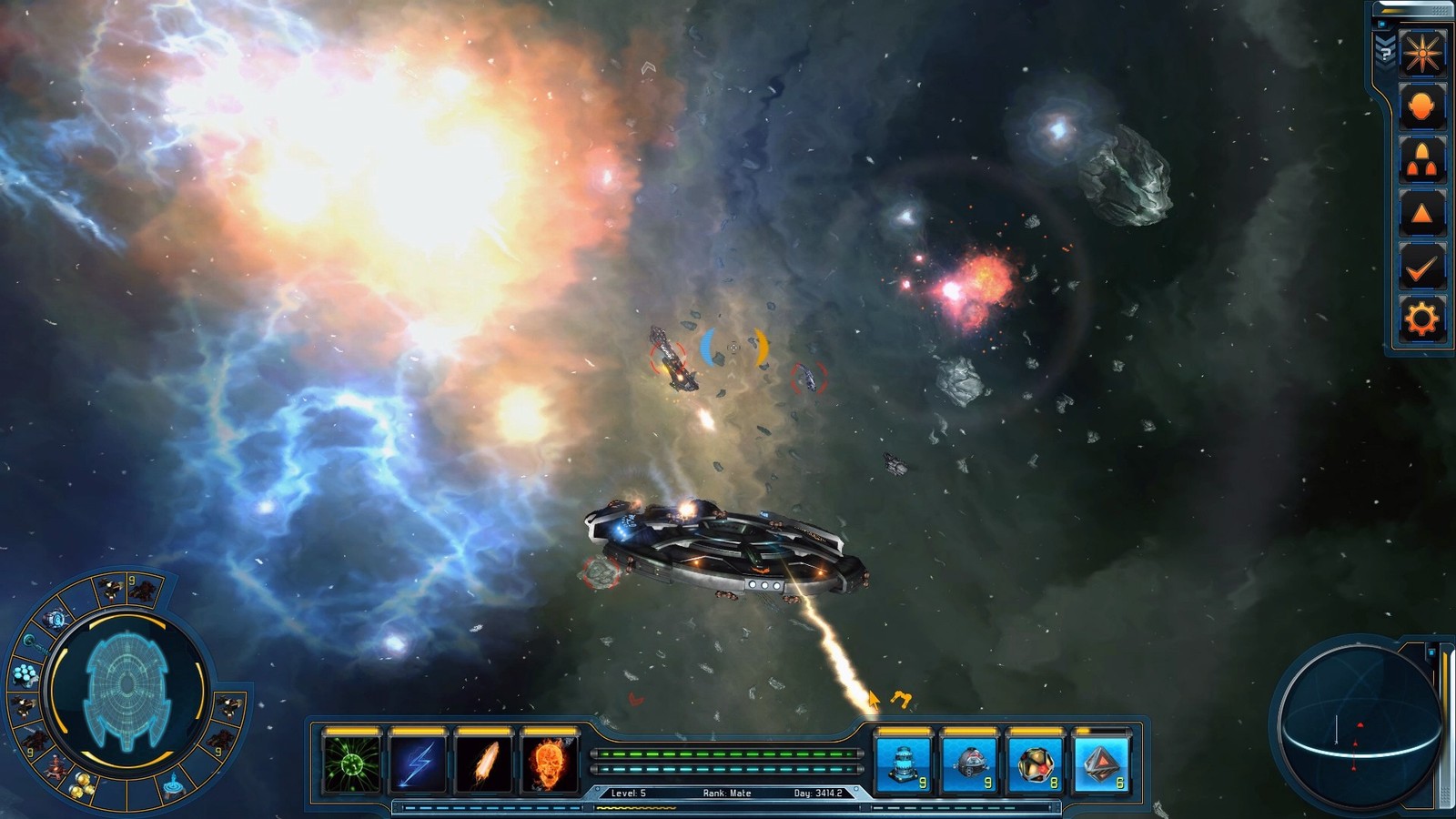 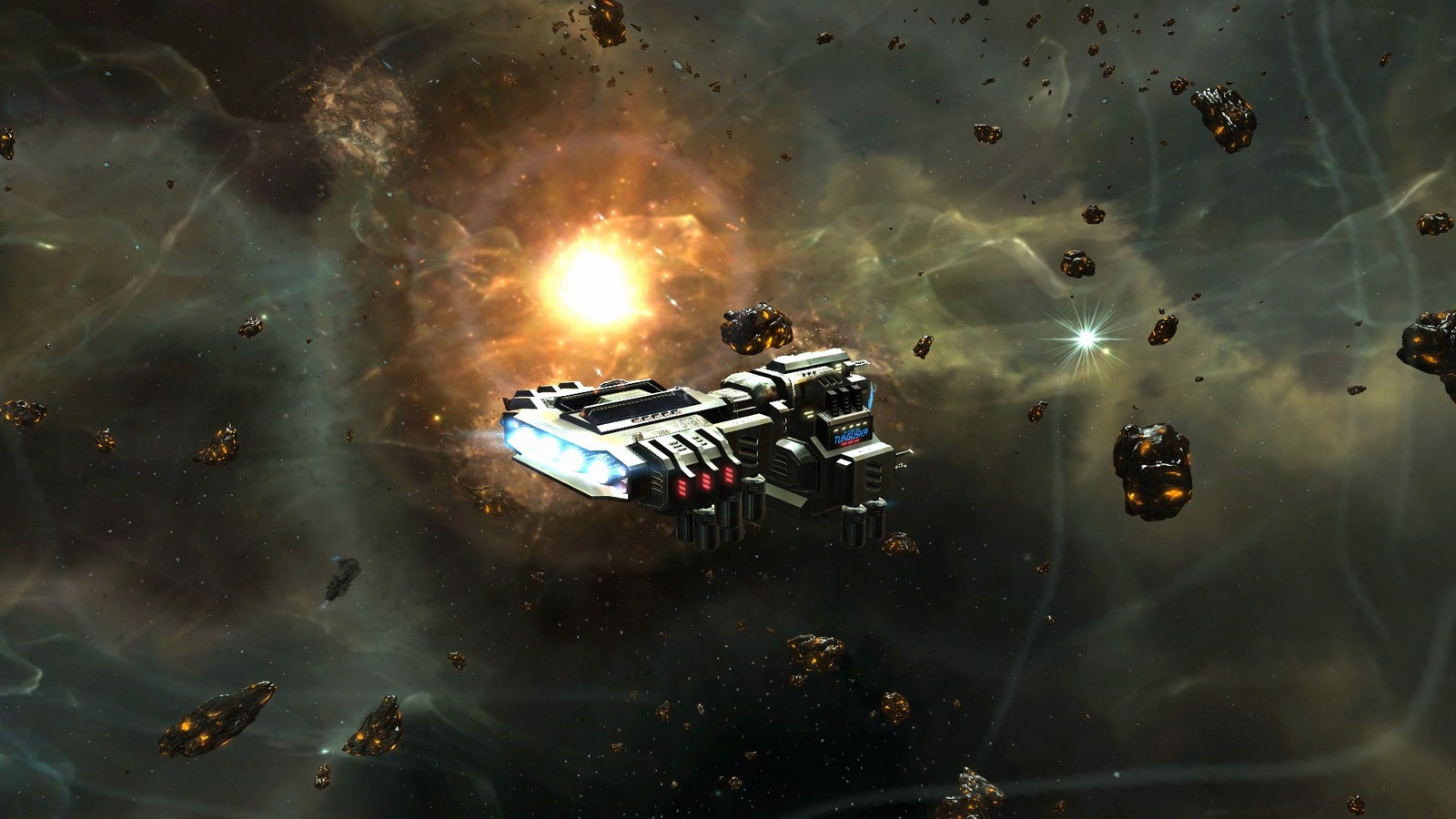 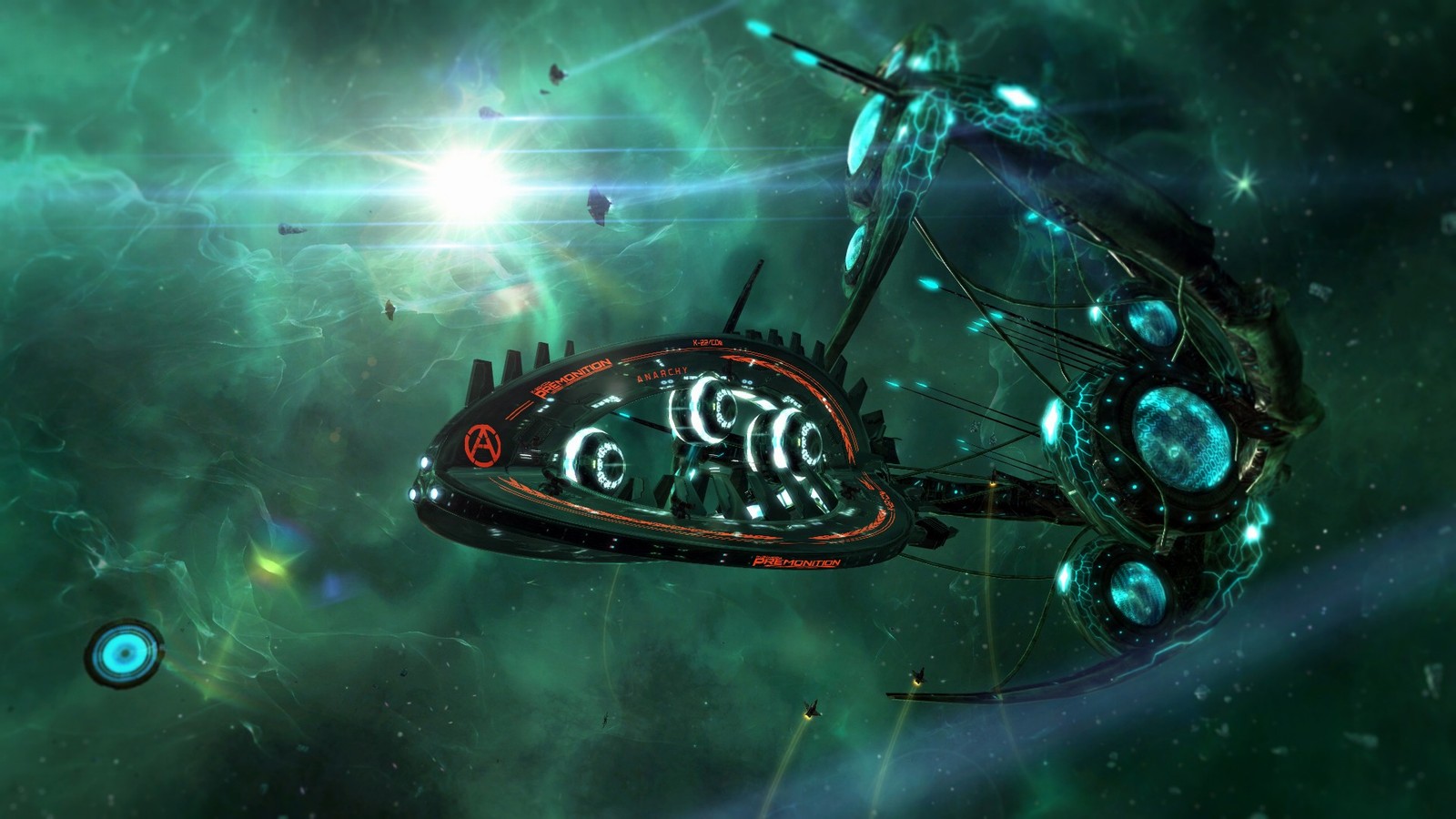 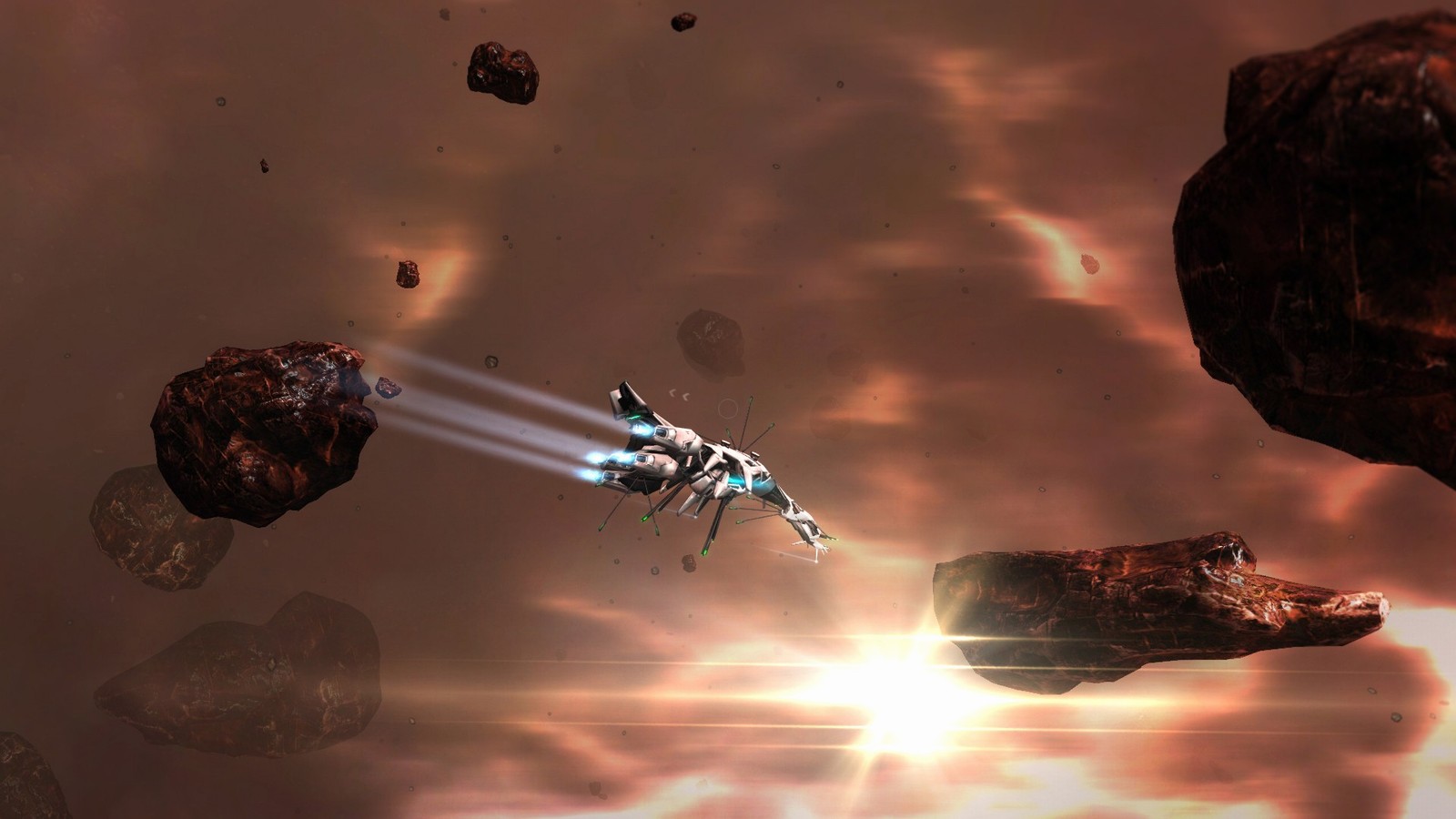 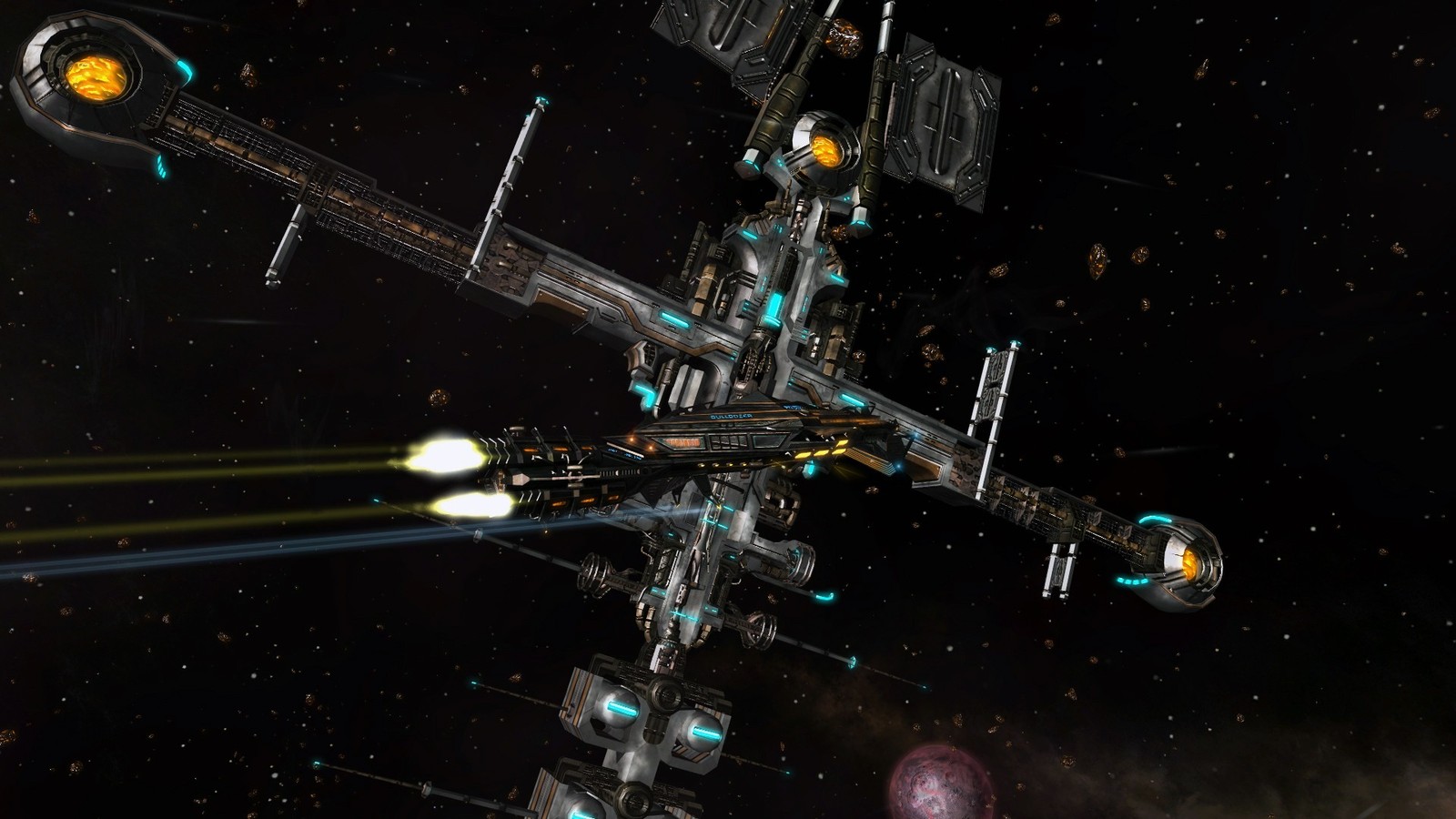 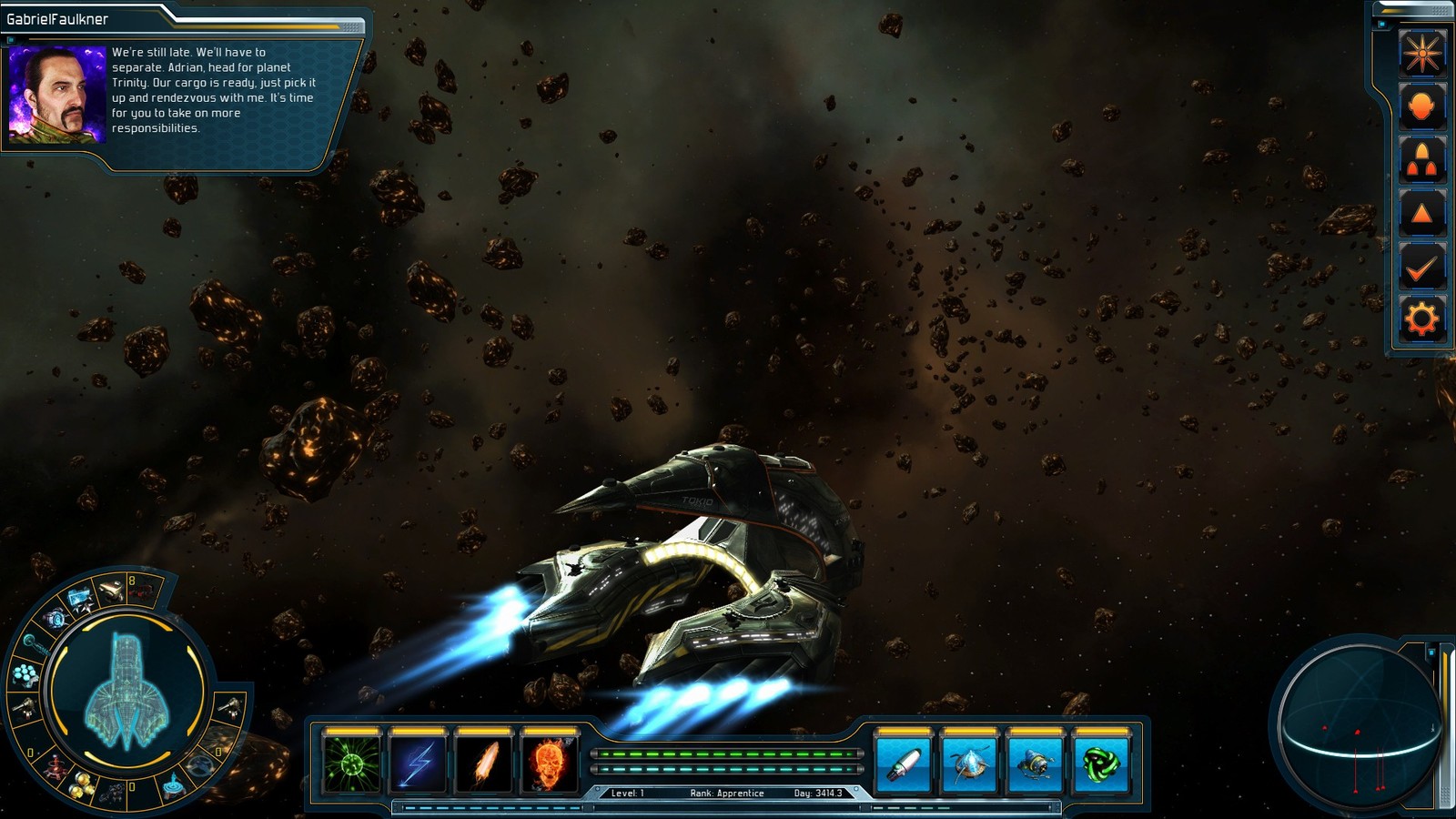 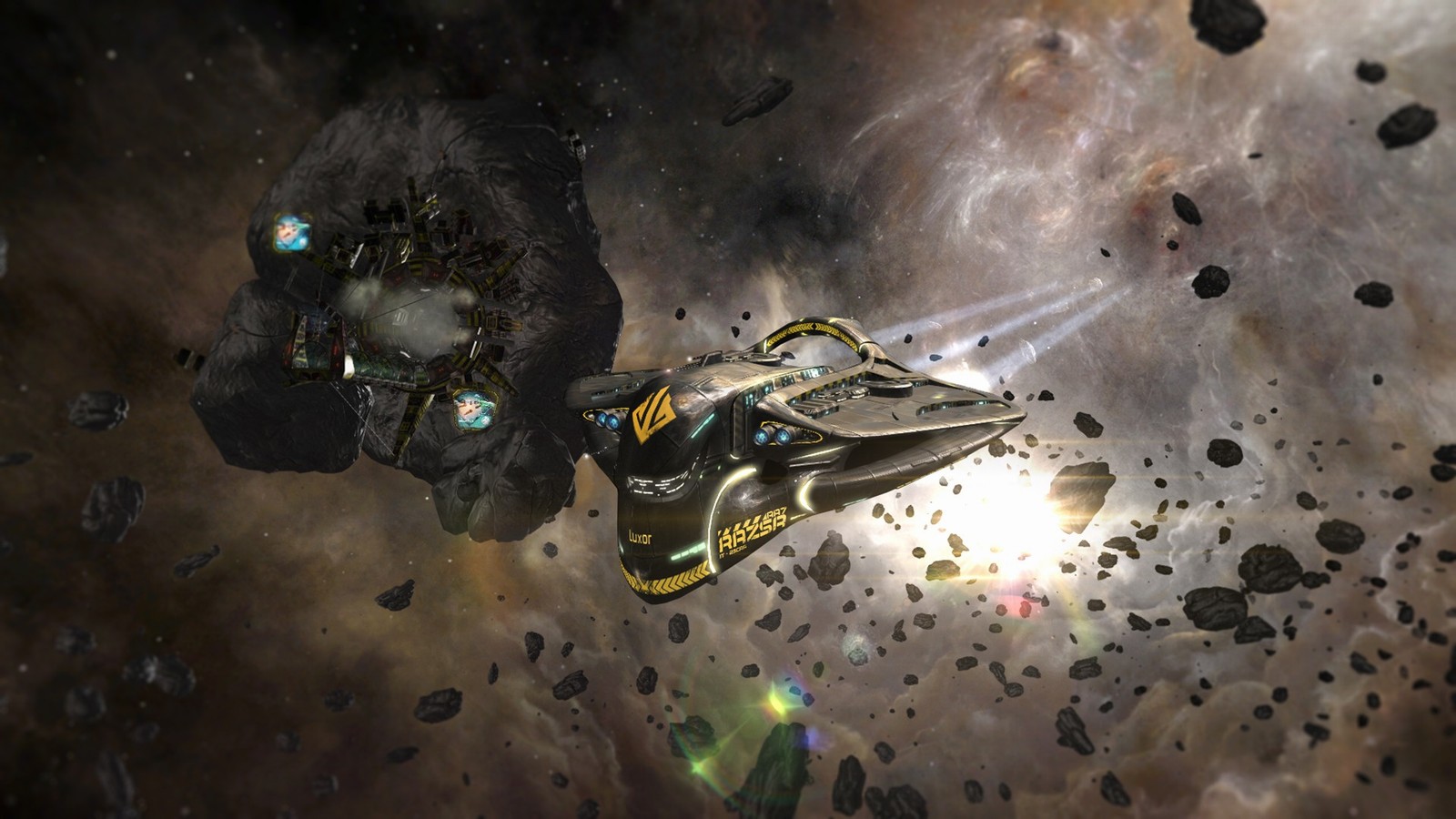 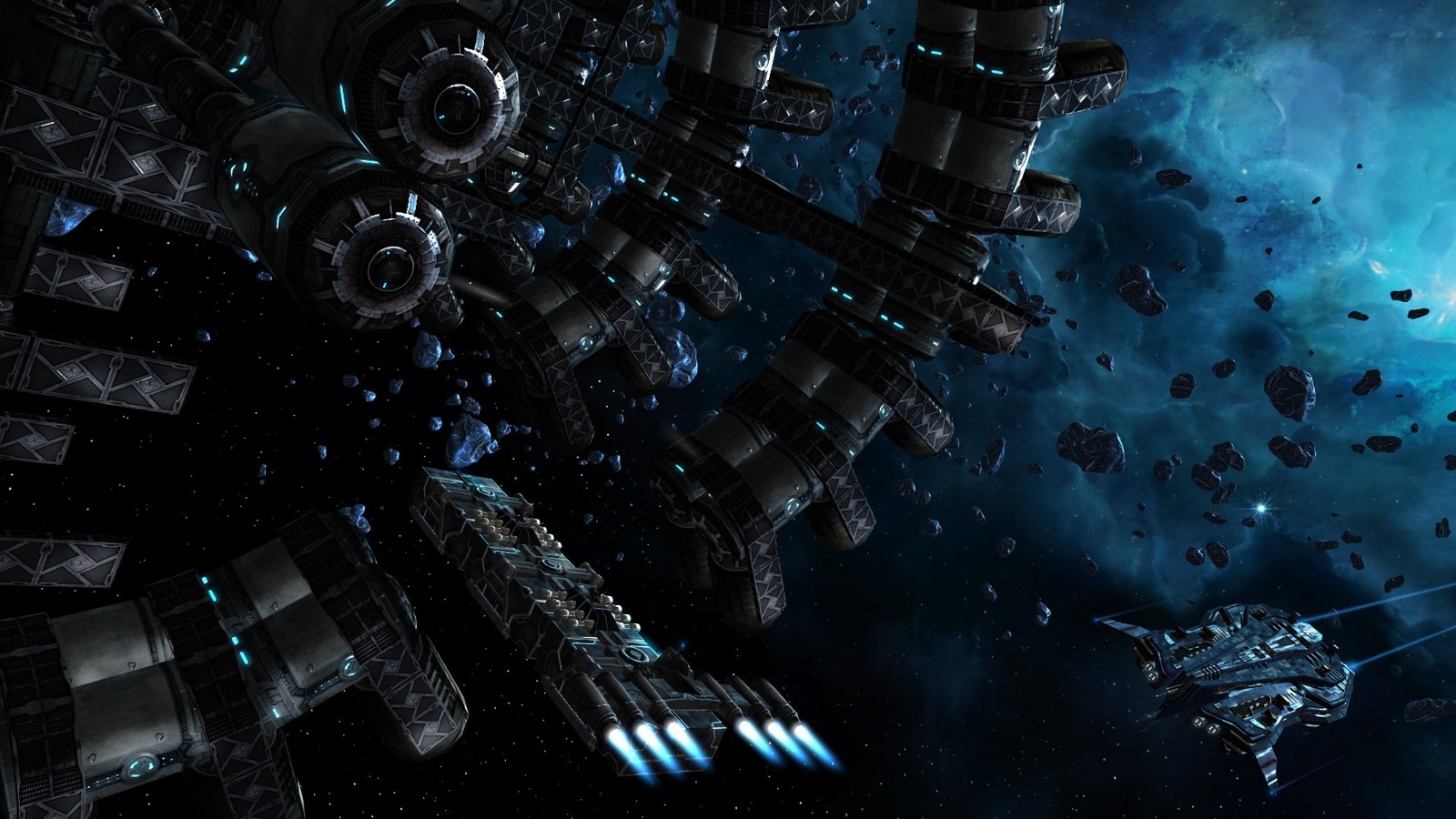