Having not played the original Starpoint Gemini from 2010 by Little Green Man Games, I didn’t really know what to expect from Starpoint Gemini 2. The game, as described by a friend while he was watching me play the first couple of hours, was that it was essentially EVE Online Lite, which, to a certain extent, is a fairly accurate portrait of this game. It is a single player game, so you will not be trading or combating against any other live players, but there are plenty of AI ships that are traversing the galaxy along with you. Some are friendly, some are not. Like EVE, the interface is keyboard and mouse driven and is all from a third person perspective. You’ll not be breaking out your HOTAS joystick for this game, which was slightly disappointing, but after playing for a little while, I became very comfortable with the control scheme and seeing as how the weapons are omni-directional, it makes more sense to play from a third person perspective where the direction you are shooting isn’t necessarily the direction that you are traveling.

The game is an open-world sandbox style space exploration game that allows you to play basically any way you would like. You can opt to be a trader, a miner, a soldier, a pirate, etc. You can explore a vast galaxy, opting to take jumps through these starpoints that are essentially the toll roads of space. For a fee, you can get where you need to go in a hurry. 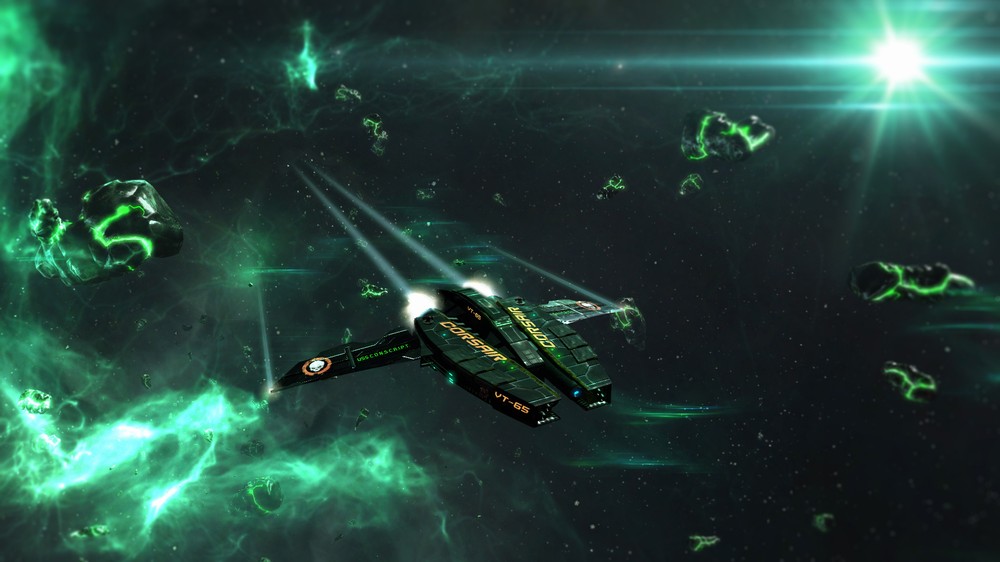 At this time, there are approximately 50 different factions, all of which you have a relationship with, whether it be good, bad, or indifferent. And I’m sure as you play; your actions will change those relationships for better or worse, depending on what you choose to do.

Right now, the game is in an early development state, and I feel like many of these deeper functions are not yet present, though I feel that they will eventually be there. As of right now, I have not seen much in the way of a main “storyline” as it were. You start off in a ship and are basically just let loose upon the galaxy to start doing whatever you can think of to better your ship and your financial standing.

What I found was that after playing for a few hours, I had reached a point where, without any guidance through a narrative or plot, I felt like I didn’t really have anything I needed to do. Sure, I could go and blow up some more asteroids for their ore deposits, or take a Freelance mission to go assassinate a pirate, or go fix a derelict ship floating through space, or pick up some cargo and drop it off somewhere else, but there was no point. Not yet, anyway. 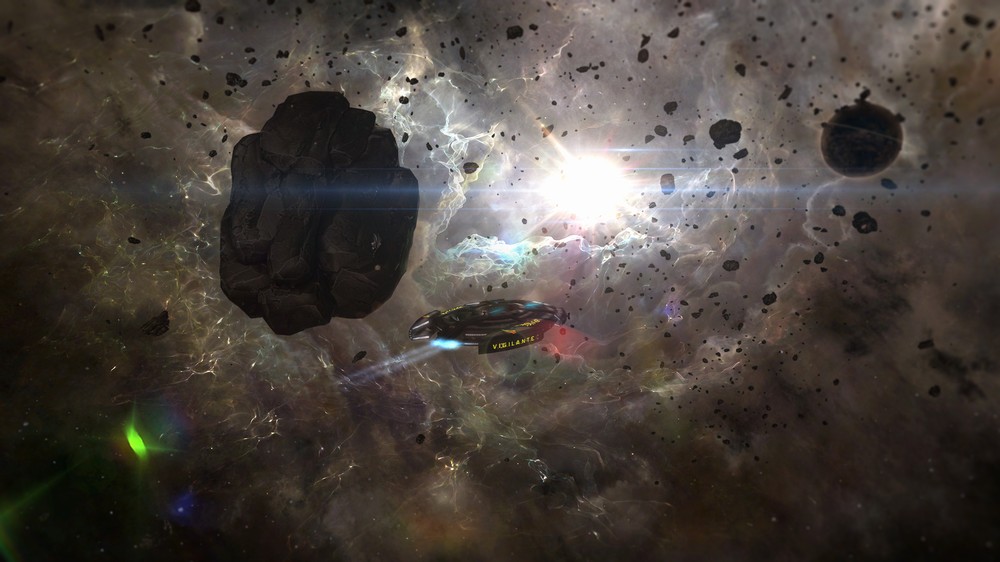 In a single player game, there needs to be a good solid story. It can’t just be an open world. Open worlds work in online games because then you get that magical “emergent gameplay” that can only happen when devious human minds are behind the wheel. If all that is there is you and a bunch of 1’s and 0’s, then nothing ever emerges and you begin to feel all alone in a very stagnant universe.

The game is beautiful. The galaxy looks amazing and the star field, as far as I can tell, is not a pre-rendered background, but actually an explorable universe that you wandering around within. The ships also are very cool looking and there are several different kinds with lots of nice details.

I wasn’t too impressed, initially, with the weapons systems. Range is a really muddy area in this game. It is hard to tell how far away things are. Also, with the beam weapons, I found it very difficult to tell if I was hitting what I was shooting at. There’s no obvious hit effect that makes it obvious that what you are doing is having an effect. Also, the combat system in general is a little clunky and hard to get used to. You’re not piloting an X-Wing, and you’re not piloting the Enterprise. I guess the ship I have to start with is something somewhere between those two things. It feels heavy and sluggish like a bigger ship, but it also feels weak and small. Perhaps as I level up and put more money into weapons and shields and engines and all those other systems, the ship will begin to feel more powerful. I guess that’s where the RPG elements of the game come in. 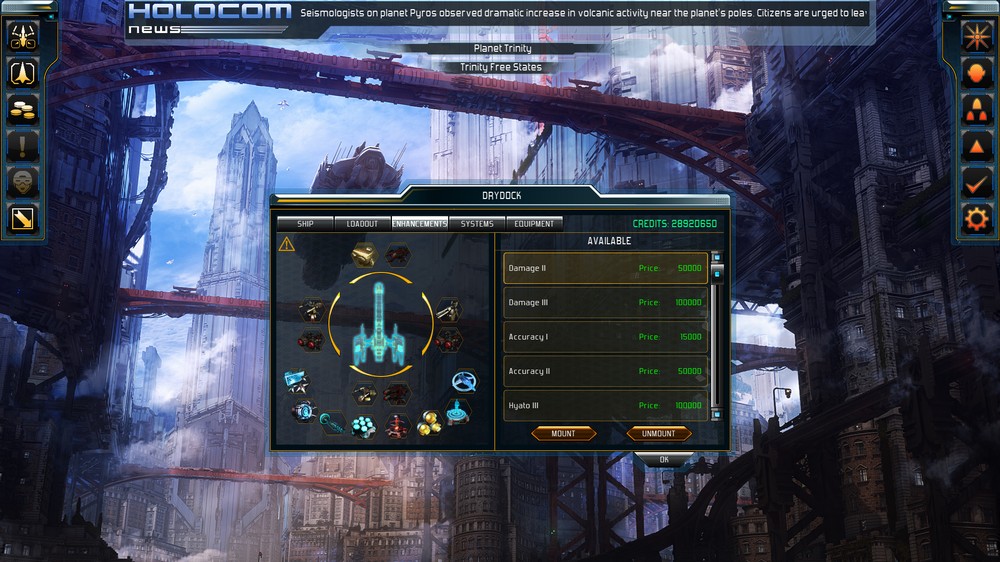 So, let’s hope that the developers here are working very diligently on creating a world that will breathe some life into this wonderfully beautiful space they have created, because if they don’t, it will fall short. If they do, this game could be pretty awesome, indeed.

With games like EVE already on the market and games like Elite: Dangerous and Star Citizen on the horizon, space sims are becoming much more of a competitive genre than they have been for several years. X Rebirth seems to be a prime example of a well-known space sim franchise flopping because it relied too heavily on the old ways and didn’t adapt to the changing environment.

I hope that Little Green Man Games can find a niche that fits them in nicely somewhere between these other behemoths of the space genre that are coming to our doorsteps in the very near future. It has potential, but it’s going to have to fight hard to get there. 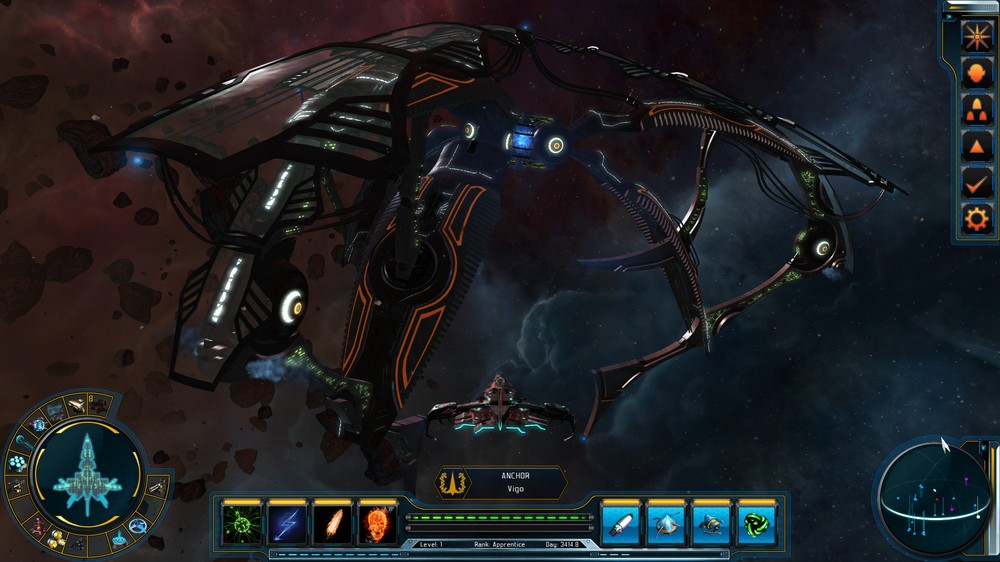 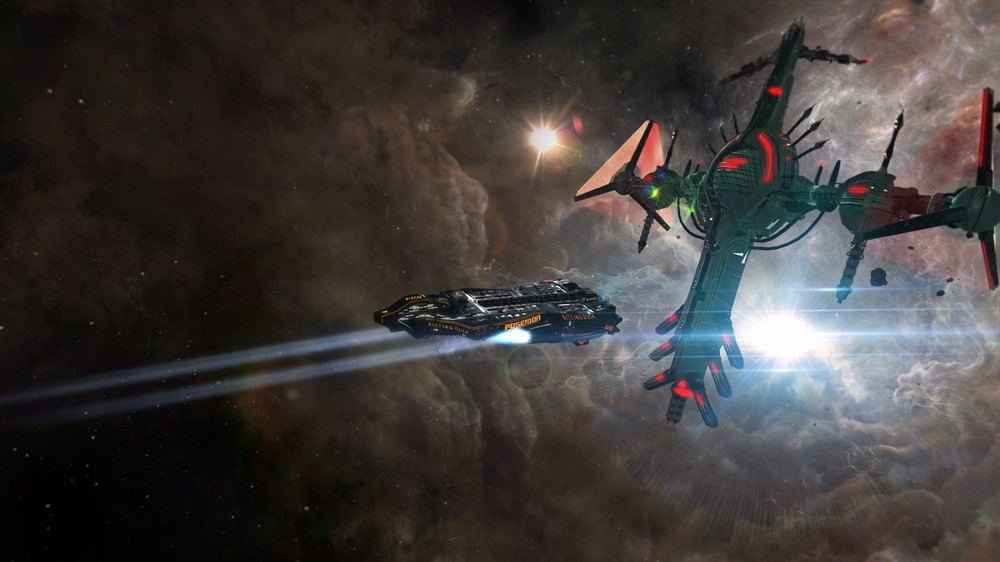 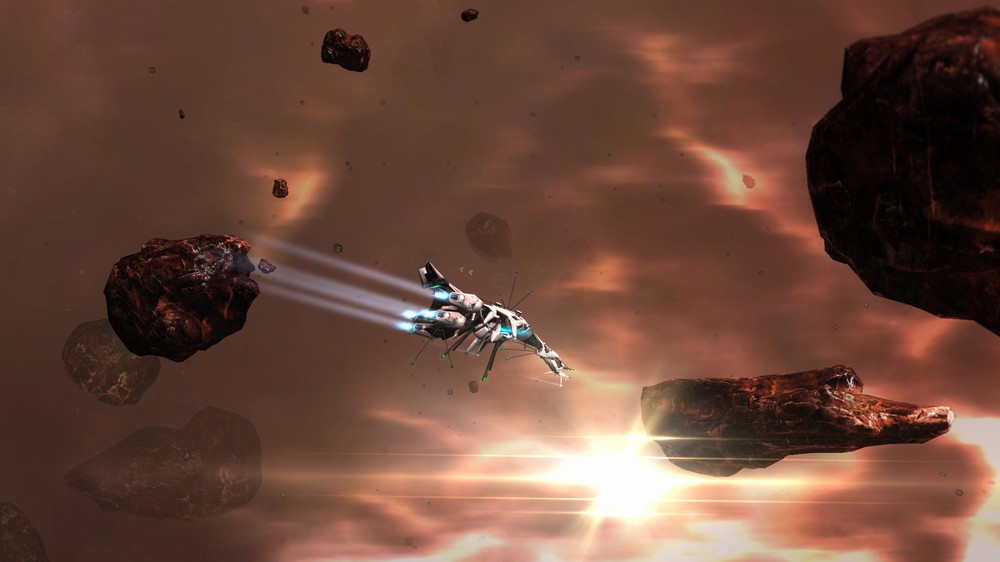 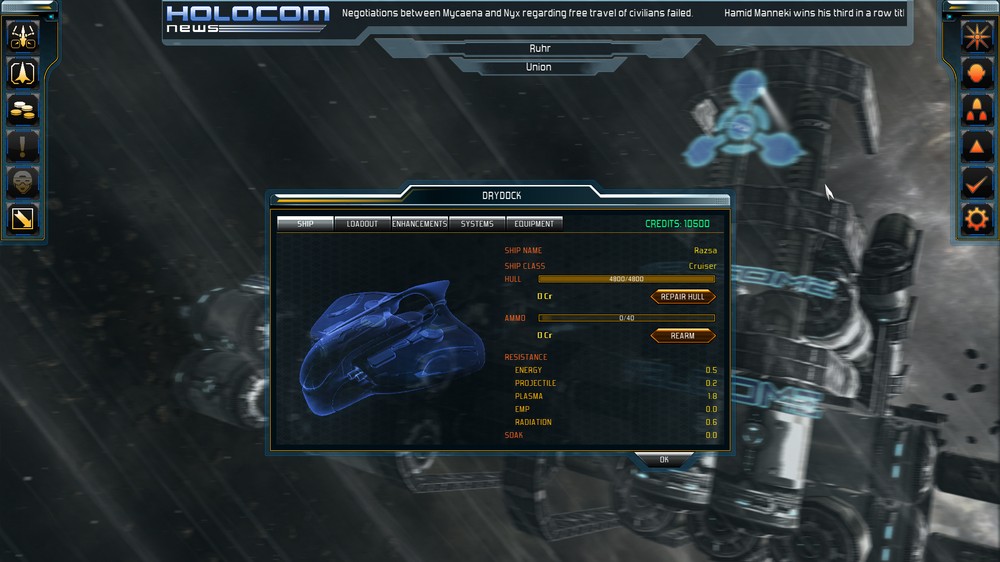 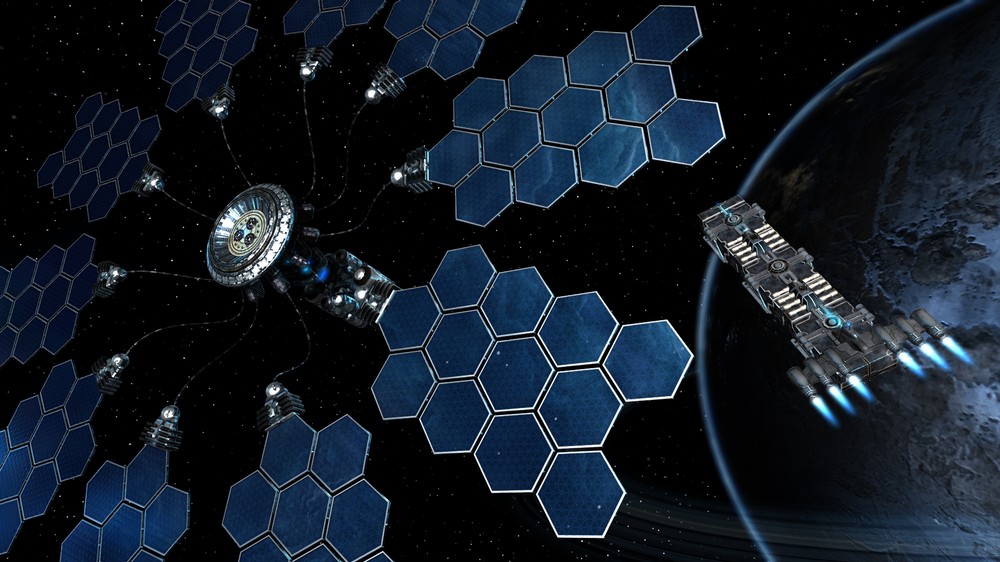 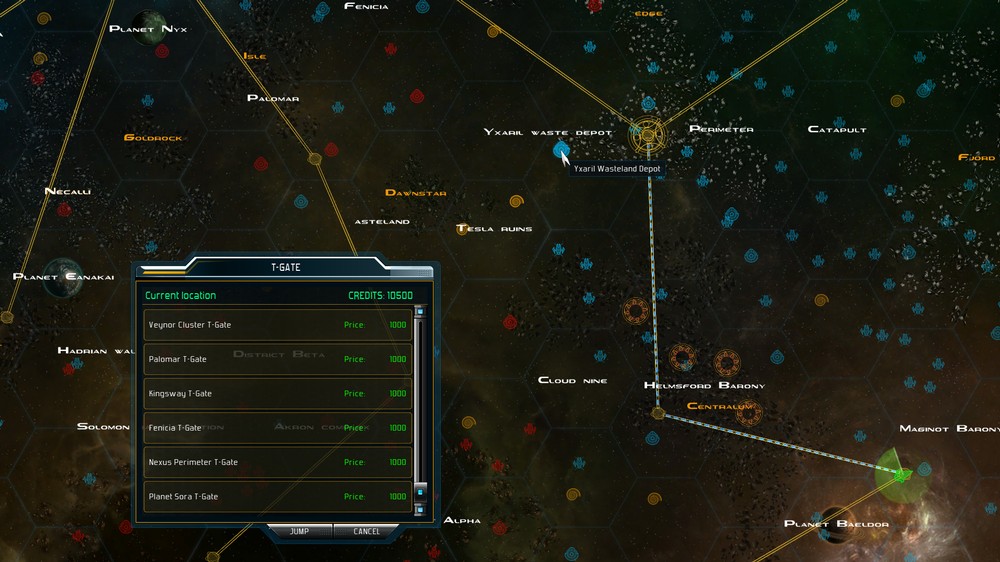 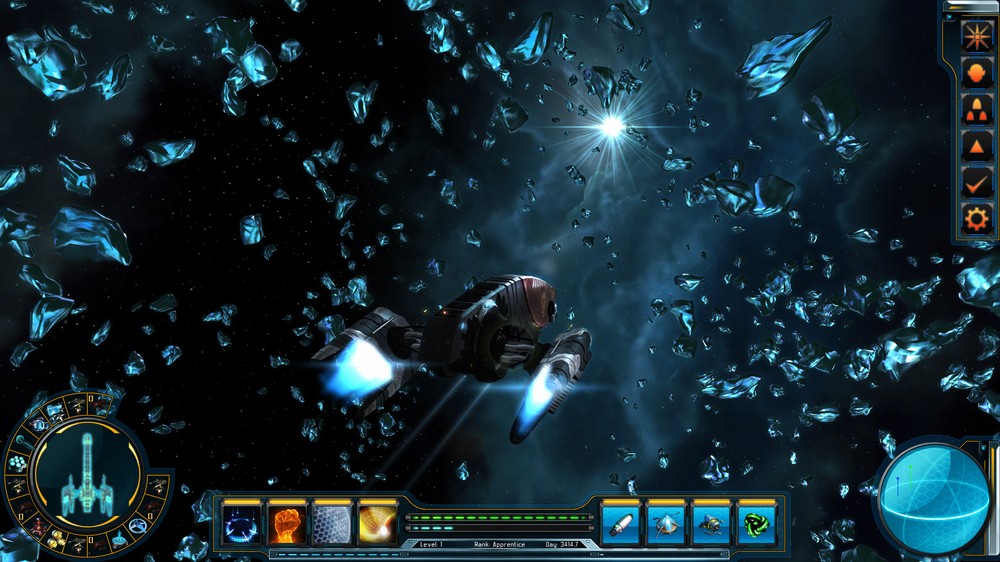 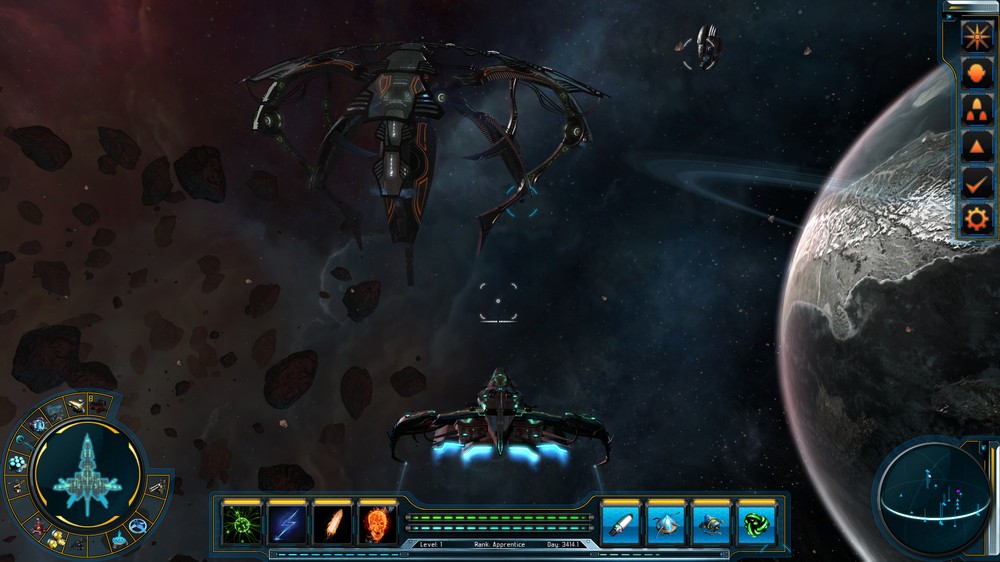