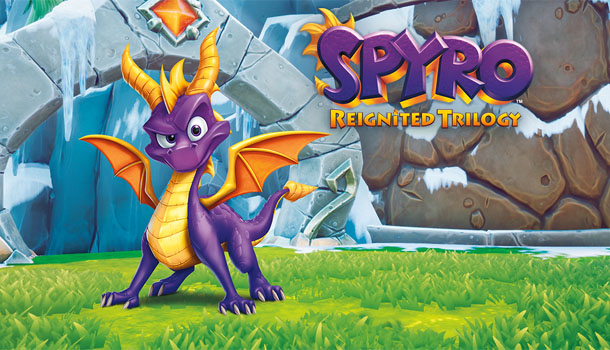 Spyro is hotter than ever on this flawless PC port.

Last year we saw remakes of PlayStation classics, Crash Bandicoot and Spyro the Dragon come to next-gen consoles, and as is often typical there can be a delay before those games make it to PC.   I originally reviewed Spyro Reignited Trilogy on Xbox One last November, and we are just now seeing our cuddly purple dragon arrive for PC. Was it worth the wait? Let’s find out.

Spyro Reignited Trilogy brings everyone’s favorite purple dragon into the current gen and beyond with a glorious PC remastering of Spyro the Dragon, Spyro 2: Ripto’s Rage! and Spyro: Year of the Dragon. Last year’s console versions were quite nice if you were playing on the Xbox One X or PS4 Pro. There were a few performance issues on the base consoles and load times were annoying long on all the consoles unless you had the game installed on an SSD. Thankfully the PC, or at least my PC (i9-9900k, 16gb RAM, RTX2080ti) was able to brute force its way through any and all of those console issues. Load times were sub-15 seconds and the PC version has 4K support and ran that resolution at 60fps with all settings maxed out. Believe me, my PC was overkill for this game and even a system half as powerful should offer up a grand experience. 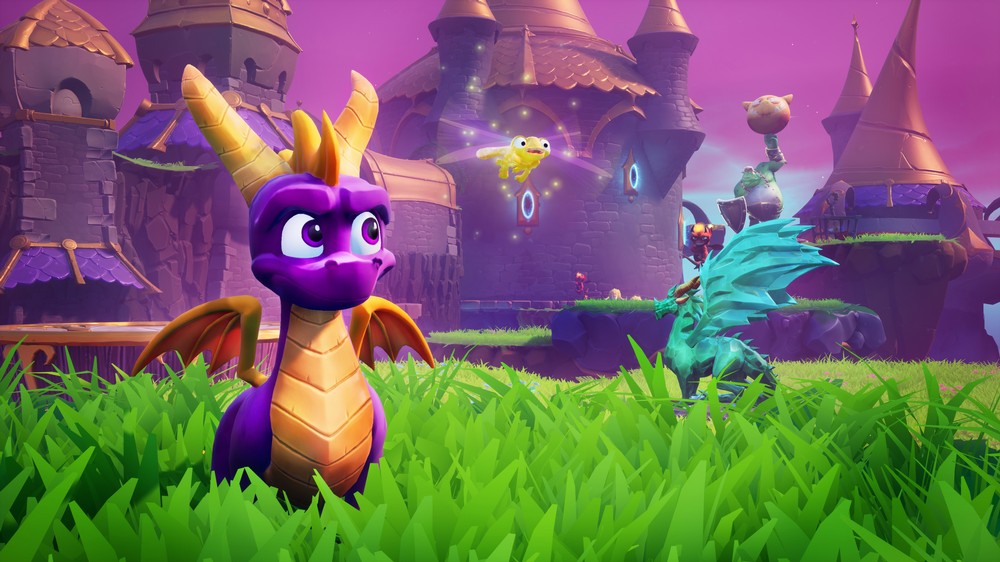 Spyro is one of a select few of iconic video game characters that share a timeless fan base, so this new trilogy was meant just as much for the 30-40 year old demographic as it is a new generation of gamer; truly a game the entire family can enjoy.  Toys for Bob has done a masterful job bridging two decades of technology while keeping the core gameplay elements familiar and fun.  Cutscenes are now on a level of feature animation quality while the in-game graphics are jaw-dropping gorgeous; something you can’t appreciate unless you see a side-by-side comparison or have a great memory.

The world of Spyro comes to life with smooth character designs, vivid colors, fantastic lighting, and plenty of special effects not possible when these games first debuted.  Lighting and shadows enhance the immersion with real-time effects; even Spyro’s flame breath acts as a light source to cast shadows while realistically scorching the earth with sizzling patches of burnt grass.  There are even these adorable idle animations if you can sit still long enough to enjoy them. 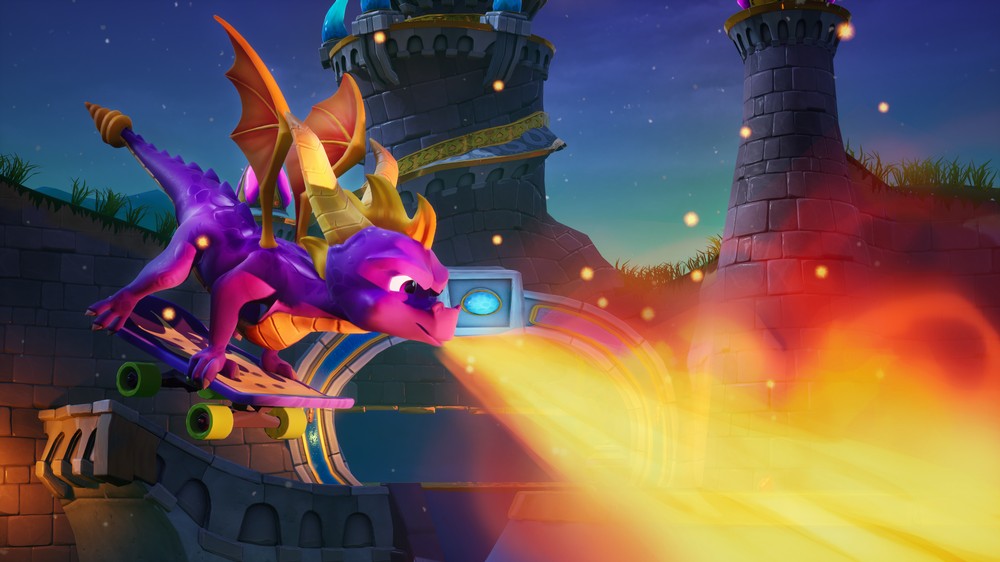 When Spyro first debuted controllers had no analog sticks; movement was done with the D-pad and you could rotate the camera with the trigger.  Spyro Reignited updates these controls for an analog world but also offers the retro control scheme for those who want to punish themselves. I had some camera control issues on the Xbox One but the sensitivity seems much better calibrated on the PC, and I was playing like a pro with an Xbox 360 gamepad with no tweaks to the settings. You still have that slightly out-of-control feeling you get when Spyro is charging forward to smash chests or armored enemies, but that was always part of the fun.

As far as game design, you can see an evolution taking place across the span of these three titles, but even taken as a whole there has been so much progress in game design that any of the games in the trilogy feels dated at its core.  Spyro is a casual game of exploration and collection with moments of combat all mixed together with simple platforming using Spyro’s limited jumping ability to reach greater heights so he can glide.  Flying levels definitely evoke a much needed feeling of freedom from this otherwise landlocked lizard.  The game lacks a driving narrative or even much guidance on how to play or where to go.  The tutorial is limited and the pop-up hints come at odd times; often after you have already figured out something you should have known much earlier. 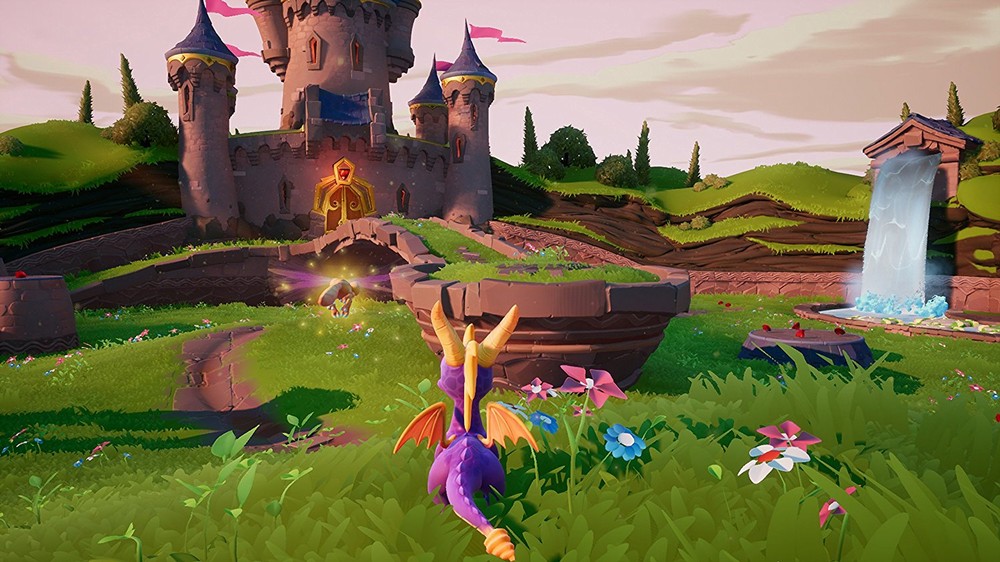 The Spyro games are basically constructed with multiple hubs containing numerous themed levels that you can do in pretty much any order.  When the game first starts you’ll need to rescue ten dragons before you can move on to the next world, and level score screens will keep a tally of collected gems, dragon eggs, etc. so you can easily find levels you need to go back to and 100% if that’s your thing.  Each of the Spyro games in this collection are of modest length, but seem to fly by much quicker this time despite some odd balancing of difficulty where much of the game comes off as way too easy until you hit a crazy spike in challenge with some of the bosses where tactics and strategy are not always obvious or even hinted at.

Spyro Reignited Trilogy is a breath of flaming fresh air; a game that hearkens back to a simpler time where you didn’t need a reason to spend dozens of hours running around levels collecting stuff.  This visual remaster makes that journey all the more enjoyable with a spectacular boost in detail, textures, lighting, and effects; a world truly worthy of exploration for the sake of exploration.  But much like many other retro remakes these titles often play out better in our memories, and while I instantly fell back in love with Spyro for the first several hours of each game, that attraction was superficially skin deep.  Once the repetitive collecting and mindless combat settled in I slowly wanted to play something more stimulating or experience some sort of gripping narrative.  Spryo suddenly became empty calories that was consuming my time but leaving me malnourished.

Spyro was always a great series of games and Spyro Reignited Trilogy is definitely the best way to experience those classics, especially with the added boost in performance and visuals on a suitable PC. Whether you are revisiting your past or taking your kids on a trip down memory lane just temper your expectations with the knowledge that while these games look like a next-gen platformer created this year they definitely play like something from a previous century. 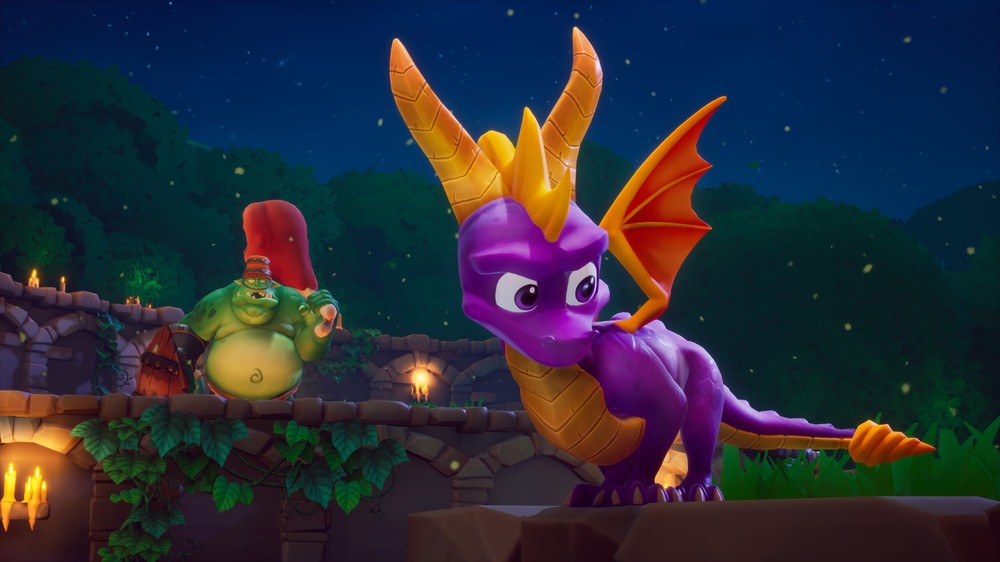 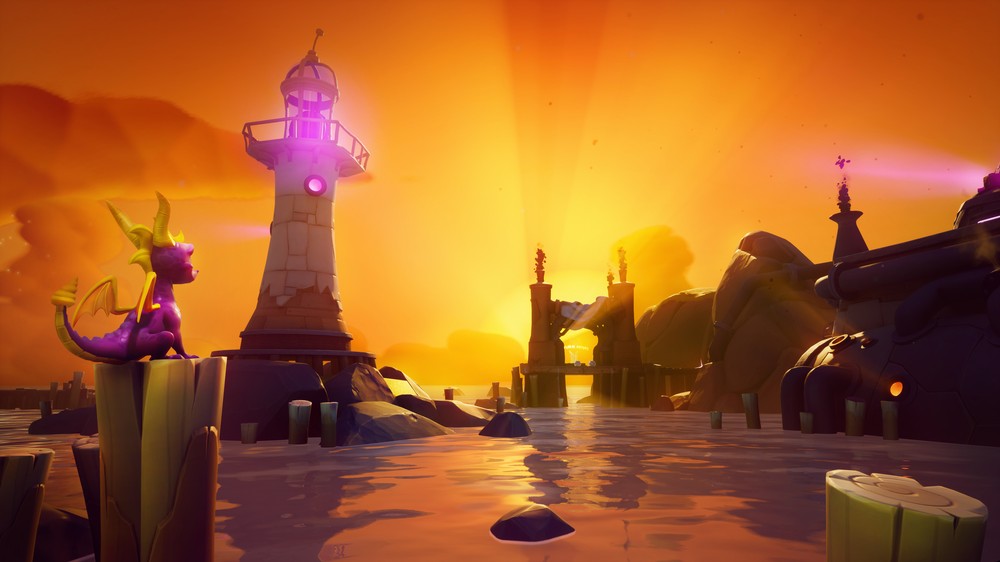 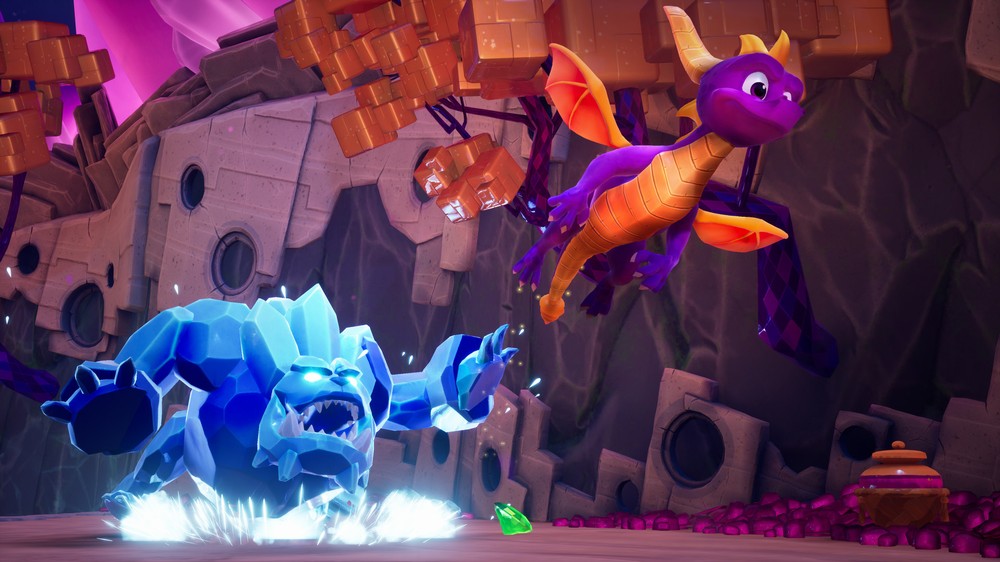 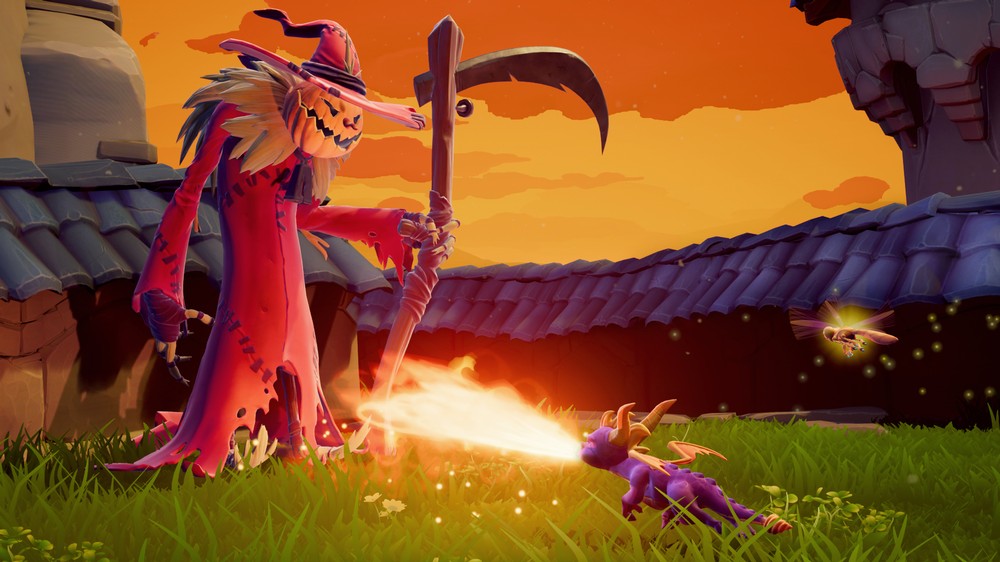 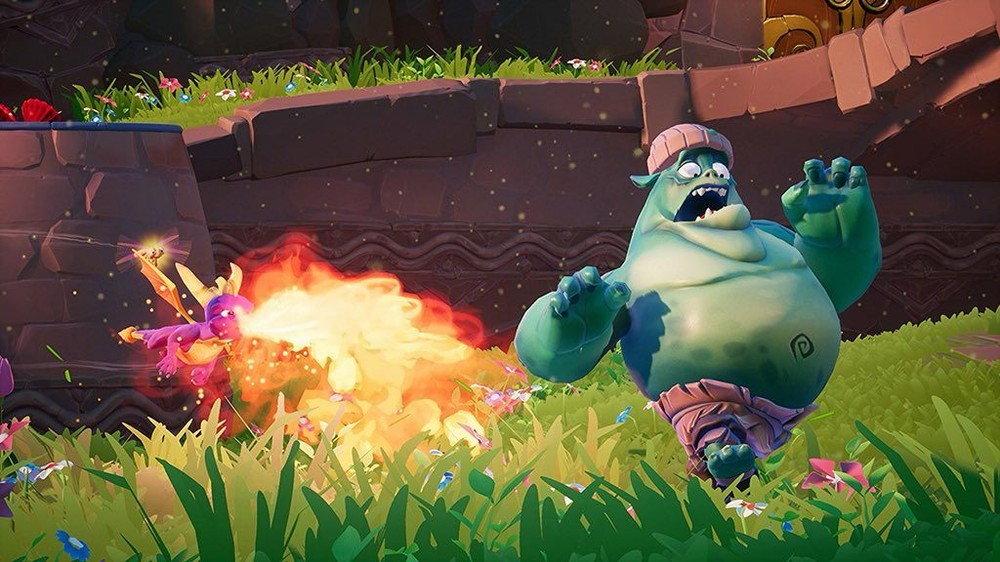 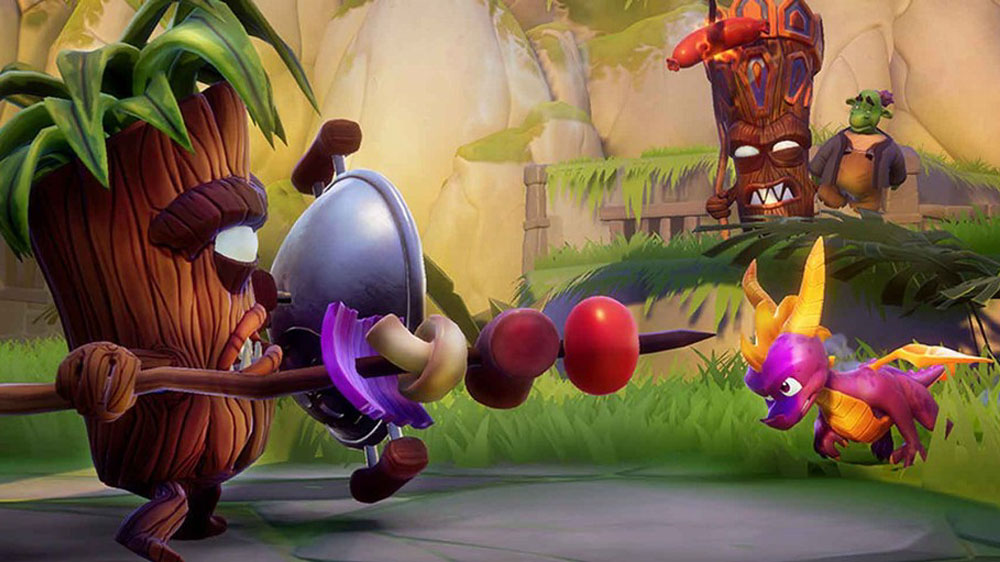