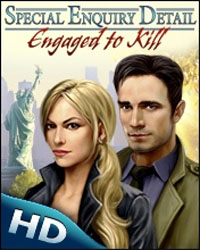 I’ve always been a fan of the original C.S.I. show and the various games that were born from it, and Special Enquiry Detail: Engaged to Kill HD plays right into all those strengths; the searching for clues, the data analysis, the puzzle-solving, and even interviewing witnesses and suspects.

Engaged to Kill spans six chapters that kick off when the bride-to-be is murdered at a photo shoot on Liberty Island. You and your partner will explore 44 detailed locations in search of clues to solve this challenging case with multiple suspects and plenty of misdirection. Along the way you’ll come upon 22 mini-games and puzzles that will test your reflexes as well as your logic and problem-solving skills. One of the earliest was disarming a bomb in the head of the Statue of Liberty by tracing the various wires and cutting them in sequence – perhaps one of the hardest things I’ve ever done in a HOA game.

Soon, the one death turns into a serial spree and SED detectives Turino and Lamonte must dive into the case and track down the “Engagement Killer” before he can strike again. The mix of gameplay leans toward hidden object recovery which is some of the best and most challenging I’ve played in over a year. The graphical detail of the levels is astounding and the way they work the objects into them is uncanny. One thing I enjoyed is that you will see objects not on the current list, but later on when you return to that scene for more clues your memory kicks in and makes finding new items that much easier. 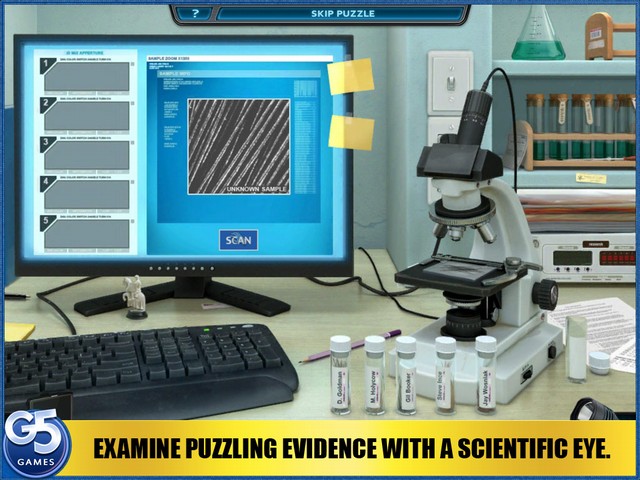 Thankfully, there are no penalties for missing a tap or even using a Hint, although there is a lengthy cool-down timer to keep you from abusing the system. Even the puzzles can be skipped if you find one of them overly complicated, but best of all is how all of the various gameplay elements all fit within the theme of the story and the activities of what real detectives might actually be doing on the job. Later in the game you’ll get to work in the lab comparing hair samples or analyzing scraps of paper. I do wish I had a better selection of tools. I found it highly unrealistic that when I was required to make a plaster mold of a shoeprint I had to find a wide assortment of puzzle components in completely unrelated areas to do so.

To go along with the great graphics is some fantastic music that slips into the background in a non-repetitive way adding great mystery and suspense to the game. There are also a nice assortment of environmental sound effects fitting for each scene. Since the previous game in the franchise took so much flak for its poor voice acting, most of the dialogue in Special Enquiry Detail: Engaged to Kill HD is text based and will have to be read. There are a few comic-style cutscenes that still have voice overs and it remains painfully bad. They either need to get better actors or go completely text.

In lieu of any real C.S.I. games coming out anytime soon I can highly recommend Special Enquiry Detail: Engaged to Kill HD. It’s a surprisingly lengthy game with plenty of detailed scenery, challenging puzzles, engrossing item hunts, and a fairly gripping story that will keep you playing until the case is closed. I highly recommend. 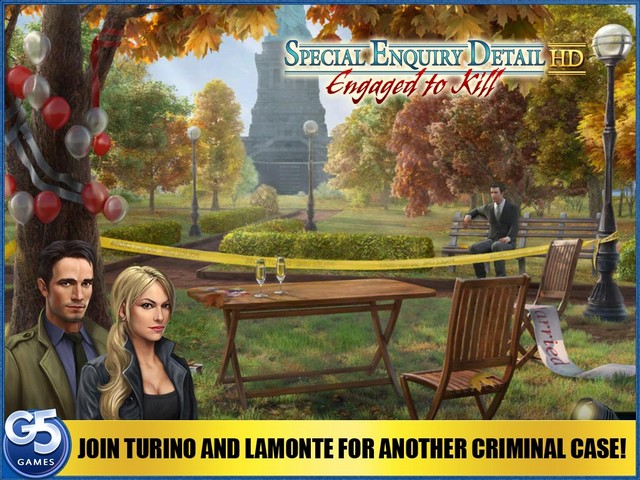 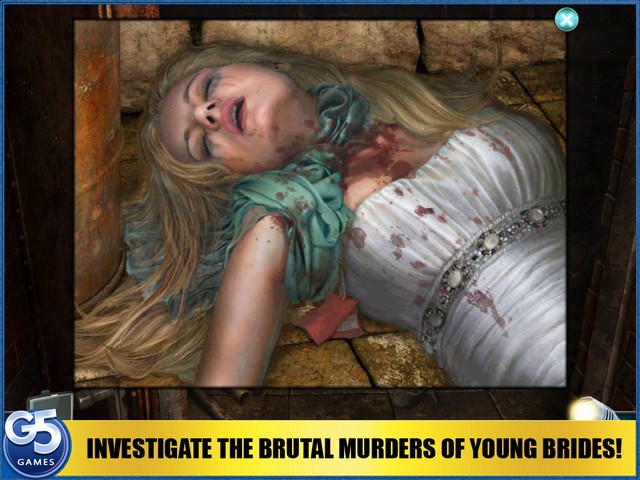 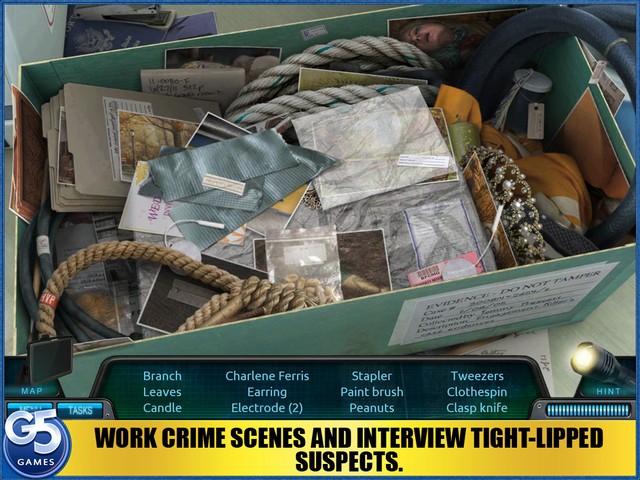 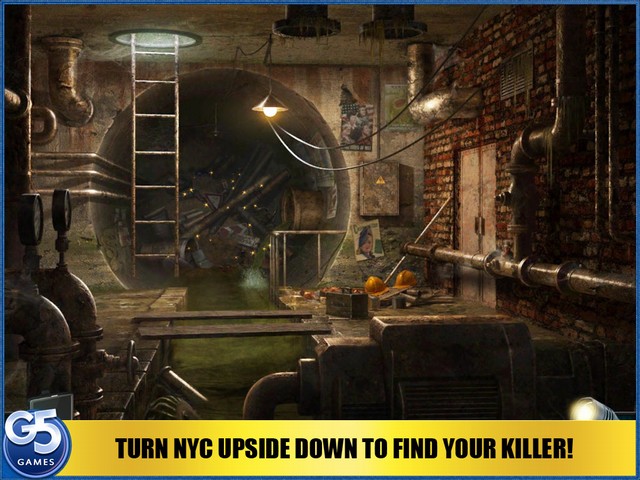