Space Hulk is unquestionably an excellent game. Since its first release, it’s been one of Games Workshop’s gems, and like a gem, Games Workshop likes to keep it rare. When I saw that there would be a PC adaptation, I was looking forward to see how Full Control would adapt it, to see if it could make a rare game more accessible while keeping the ease of play from the tabletop. Unfortunately, the adaptation falls short of the mark, but the core of the game still shines through.

Space Hulk is set in the Warhammer 40k universe, familiar to fans of the miniatures game, and Relic’s Dawn of War series. In it, the Blood Angels, one of the chapters of humanity’s space marines, send their heavily-armored Terminators to board the Sin of Damnation, a massive, floating pile of space wreckage, to purge it of the alien Genestealers, recover relics, and destroy it before it can pose a threat. This all boils down to tense, asymmetric strategy, as the marines race against time to accomplish their mission, and the Genestealers use their overwhelming numbers and stealth to ambush and tear apart the marines before they can. 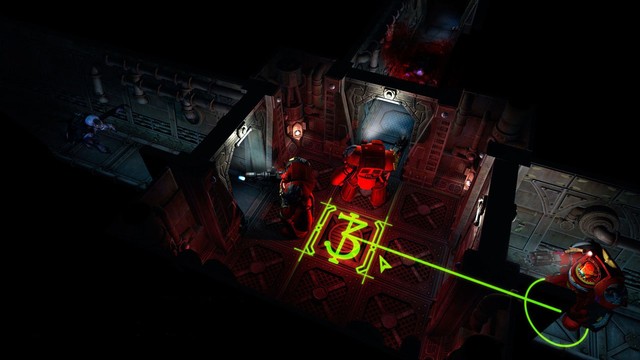 Terminators, in their limited numbers, crawl across the board a step at a time, armed with weapons ranging from massive hammers and shields that can give them a leg up against the razor-clawed Genestealers to flamethrowers that can start fires that cut off avenues of approach for the aliens. Meanwhile, the Genestealers pour onto the board from access points in a seemingly limitless horde, appearing first as motion blips, so that the marine player knows only the general location and possible size of groups of aliens. This provides the feel of the better scenes of Aliens, with groups of humans crawling through tunnels as they kept an eye on their motion trackers, as the horrifying space bugs got ready to leap down.

There are a few tried and true tactics, like Genestealers lurking behind doors or standing in corridors to block line of sight to unrevealed blips, and the classic Terminator overwatch that lets them fire at approaching aliens every step of the way, at the risk of their gun jamming on a roll of doubles (This is, after all, a dice-based game, and this version is faithful to that). When both players know what they’re doing, it can be a terrifically tense game.

Altogether, Full Control’s Space Hulk is a pretty solid representation of Games Workshop’s classic. Everything is run by dice under the hood, and the rules are in place, with each weapon doing what it should, sergeants giving a reroll on command points once per game, and all of that. The missions are in place, though the lack of a mission creator is a blow against it. The biggest problem with Full Control’s version of the game from a board gamer perspective is, unsurprisingly, the steps they took to make it more like a video game. 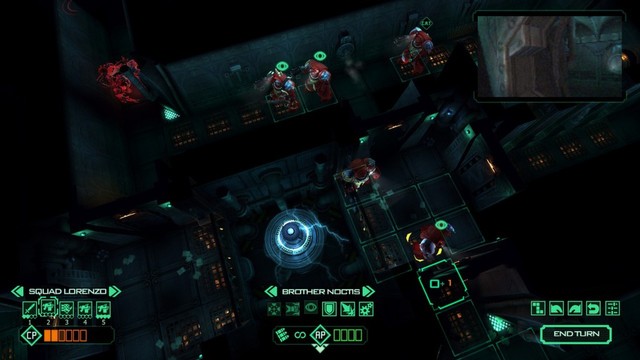 The Genestealer blips lack the clarity of their board game equivalents. Moving Terminators project a helmet cam for no actual tactical reason. The graphics are fair, but nothing past what we’ve come to expect from other Warhammer 40,000 universe games, and the sounds are the typical bangs, screeches, and groaning of tortured metal. All of this is functional, or at least doesn’t usually detract, but as a board gamer, I’m generally not looking for this kind of immersion. I would have loved a treatment that was closer to a virtual tabletop, stripping away all the superfluous elements on top for a quick and dirty way to play the board game with someone across the country.

And, it should be said, you should be playing with people rather than against the AI. There’s a single player campaign, but it’s not doing any huge favors. The AI for the Genestealers is questionable, and playing a board game that’s not designed for it alone is sort of sad. The multiplayer, meanwhile, manages to fulfill the promise of Space Hulk’s rules, albeit in their unwieldy digital wrapper. You can arrange asynchronous games, or play a full game between two people in one sitting, in addition to using an in-game system for setting friends and making games with them. It would have been nice to have them use Steam’s invite system, but still, it’s better than nothing.

So, like I said, Space Hulk is a great game, whether you’re playing the full glossy board game, the digital version, or a map dug into the group with a stick and rocks for pieces. It all comes down to ease of play, and, in some ways, Full Control’s Space Hulk manages to make things easier, with its online play and built-in piece management and prebuilt maps. However, for everything that it makes easier or quicker, it complicates or slows another. 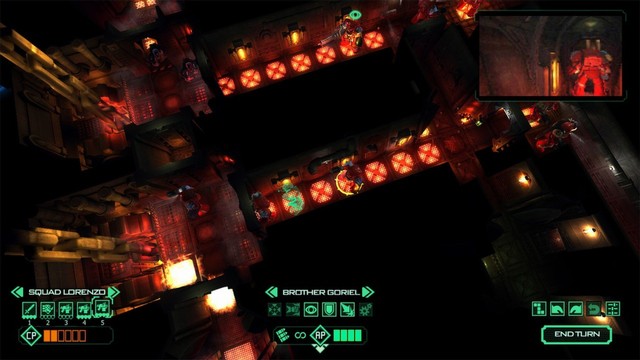 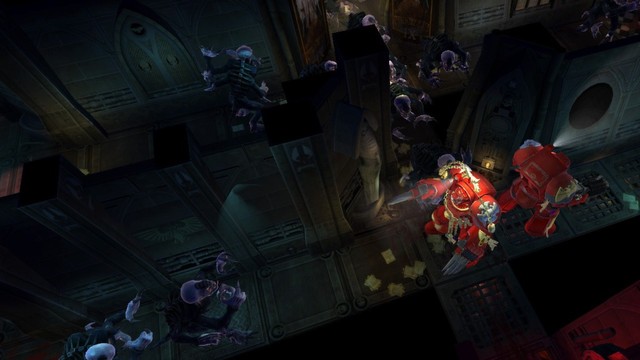 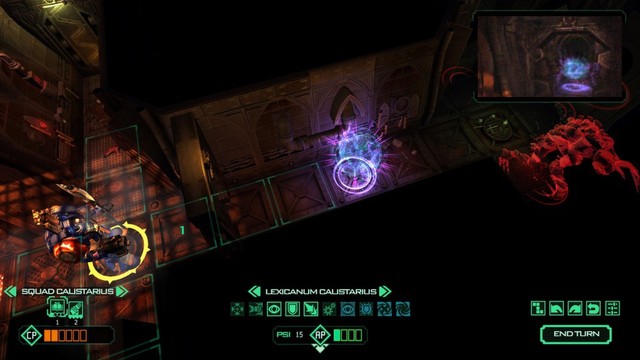 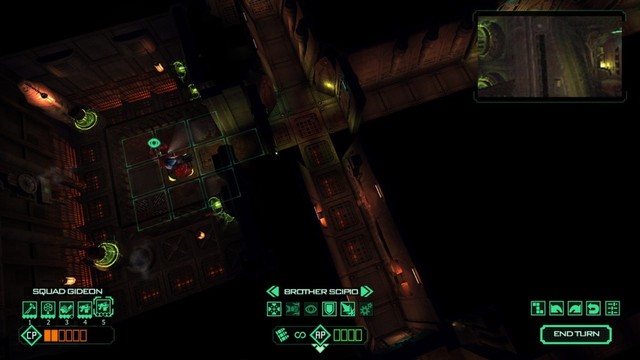 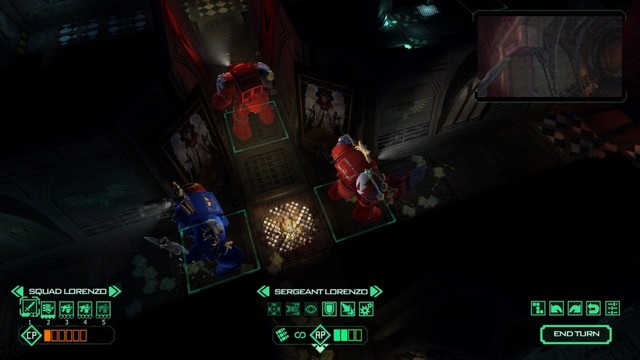 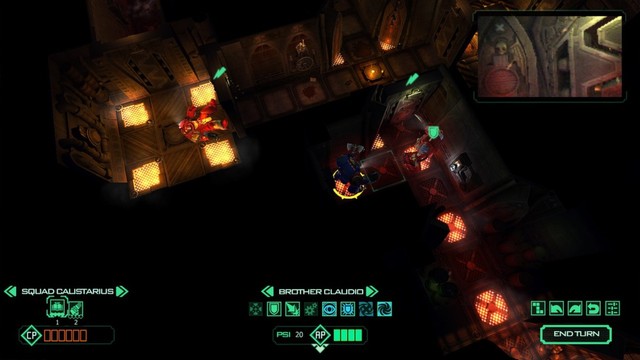