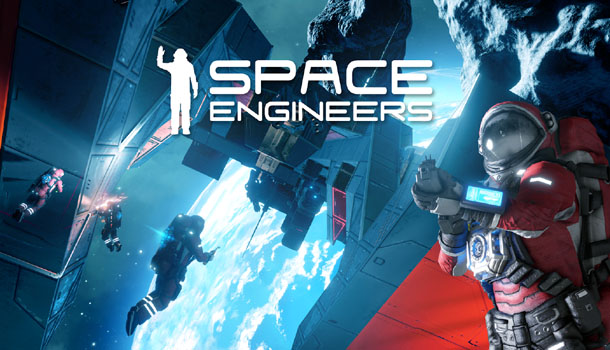 A rewarding and realistic space crafting simulation for those willing to stick with it.

The adage, “Rome wasn’t built in a day” could easily sum up my current space faring experience with Keen Software House’s Space Engineers for the Xbox One. But that small quote in itself doesn’t entirely do the title justice as there is definite potential once you find your bearings in this open world, sandbox space simulator. Newly out of early access Space Engineers pits the player with the need to explore and survive in the voids of space. The chief method of survival as it so happens is loads of resource gathering and crafting.

But before you set out on your own adventures you’ll start by getting the basic ground rules through a linear story scenario. Here I got my first looks at how complex the control scheme is when it’s mapped to a controller compared to the native keyboard and mouse setup on PC. While the latter option is achievable on the Xbox a lot of people will undoubtedly be using a controller. It’s easy to see though that this title was developed originally for PC with its menu structure and PC loading screen tips still intact. 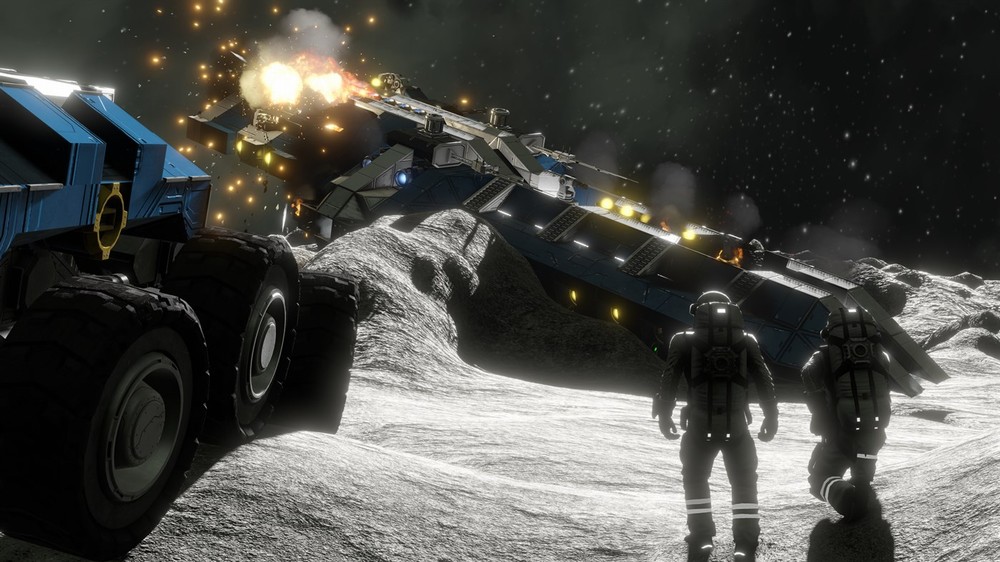 Once you learn your way around the menus the real challenge lies in discovering how everything works together. This, I felt, was the heart of Space Engineers, as I dove into the second scenario, Learning to Survive where they gave you everything you needed in an almost working state to help you learn how to fix problems before you start building things from scratch. There are several things to achieve in this mode from refilling your health to flying a spaceship. There are a few tasks, like connecting an O²/H² Generator to the Survival Kit, that were a little less obvious to complete despite having done something similar in the previous scenario.

One of the biggest shortcomings comes with the fact that there is little to no direction on how to achieve many of these objectives. Sure there is a help menu but it redirects you to YouTube links that takes you out of the game experience. You have to methodically figure out the issue such as does everything have power, the required resource or is it properly connected to the modular ports. One of the interesting things is that there no one way to do some things. Having issues undocking a spaceship? You can either browse the computer terminal menus looking for the right command or say go ham on it with a grinder. 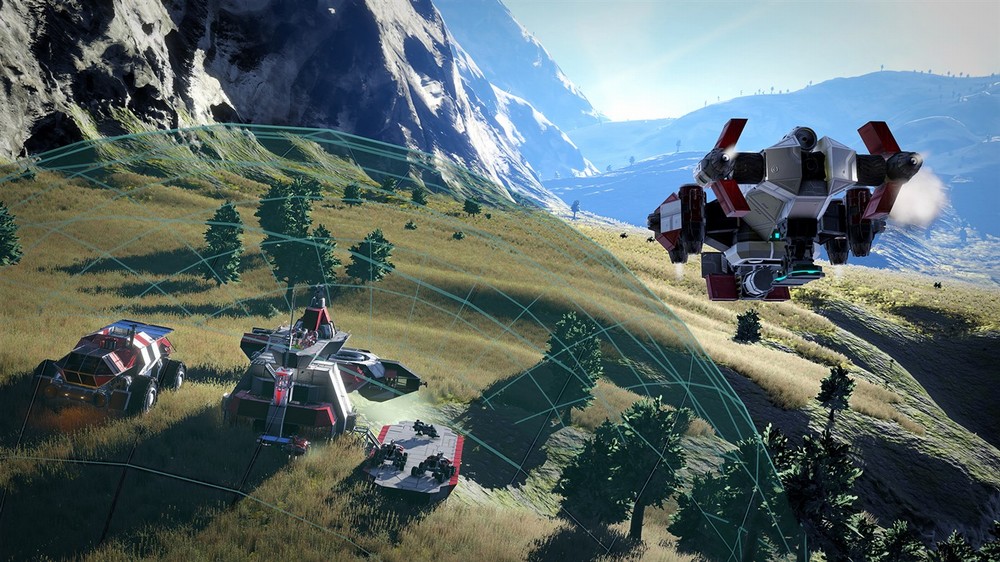 Since Space Engineers features a realistic, volumetric-based physics engine the game revolves around assembling and disassembling pretty much everything. You can also damage and destroy everything even if it’s by accident. If you’re playing in one of the Survival scenarios you have to manage your resources as well as your inventory. You have to also be careful as you can die from a variety of direct and indirect methods including being shot or hit by debris. If you’re playing in Survival mode you can respawn at Survival Kits or medical bays for instance. Barring those a whole new spawn point is used. In either case you can attempt to retrieve your items from your GPS tagged body assuming it’s not halfway into the sun thanks to the lack of gravity in most areas.

If Survival Mode isn’t really your thing then the Creative mode is where you build to your hearts content with no fear of death. Here you have unlimited resources to invest in creating simple drilling vessels to massive war machines using modular blocks to construct them. If ships really aren’t your thing then you can create cities, space stations and planetary bases to name a few things. You just have to plan out how things work in a practical scientific way that is functionally sound. Despite taking place in space, Space Engineers is not what you call traditional Science Fiction. Everything you use and create is grounded in what has been used in real life. 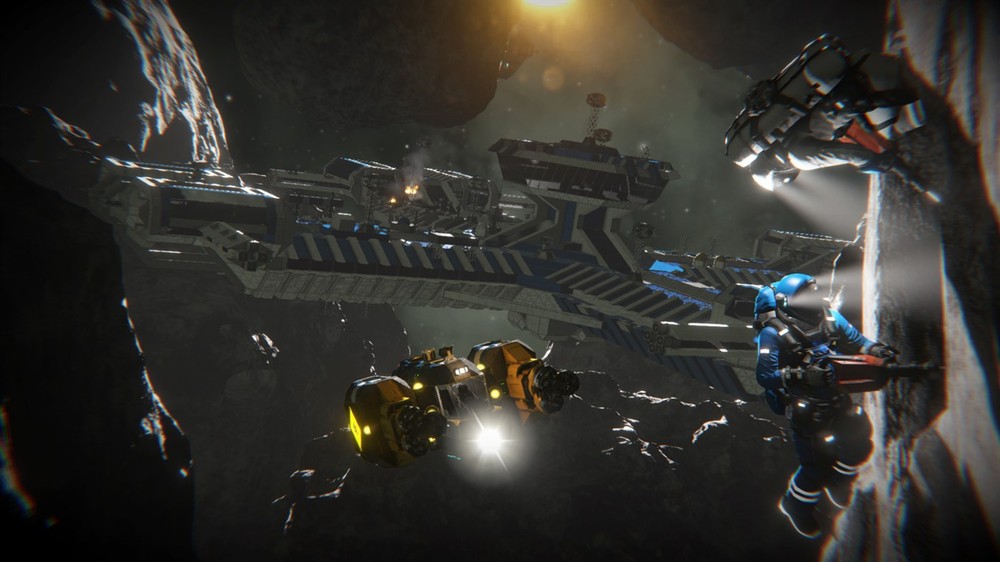 No matter the mode you choose to play there is the matter of actually controlling your engineer. For the most part getting used to how your engineer moves around is fairly straight forward and one of the first things you should get accustomed to. Surprisingly I found the physics for moving around on foot, jetpack or in ships to be really solid and properly scaled. While using a jetpack and flying a ship share the same controls there is a noticeable increased heft to them. To aid in navigation players can choose to play in first or third person with a few button presses. This is really useful for seeing your ship in full view when navigating asteroids or up close when traversing corridors or tunnels.

These two character view modes also give different perspectives on the overall visuals of Space Engineers. At close scale the graphics are decent with little details like scratches on metal surfaces and different rock colorations to signal the different minerals. Everything you build has a LEGO set aesthetic which makes ships and buildings really stand out around their surroundings. There are some additional textures that you can purchase though to give your constructs some shiner textures if you want as well. You do have complete freedom to tailor your more basic colors to your personal likings though so I rather enjoyed that feature. 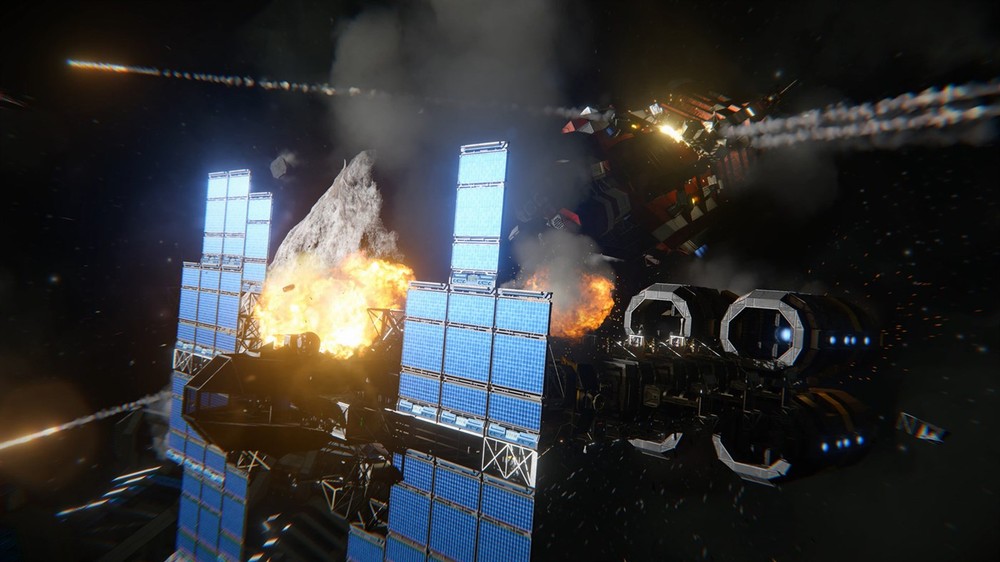 There are some issues with the visuals however on a larger scale when it comes down to rendering scenery however as I saw in the single player scenario where you play as a sole surviving engineer. Taking off or landing a ship on a planet resulted in large chunks of the finer details being loaded in at a time. I can only imagine this has something to do with the sheer scale of the world throughout Space Engineers. The size of the world is almost infinite in scale with procedural asteroids to explore so there is bound to be some graphical pop-ins. I just wish it wasn’t such a jarring transition even on my Xbox One X.

Sound had always been important to me in games, so it’s one of the first things that I pay attention to. As with other titles that feature space as a setting I’ve come to develop a checklist of necessary things. With Space Engineers, I’m happy to say that they did a really nice job as the lack of sound. For a title where I spent a great deal of time floating through space with only the sounds of my jetpack and tools to accompany me I felt the silence appropriately fitting as I navigated the vacuum of space. I found myself in a few space battles and even those were awesome as I encountered the first explosion of an enemy vessel. I half expected to hear a fantastic explosion of sound but was rather surprised to get more of the shockwave vibrations than actual sound. 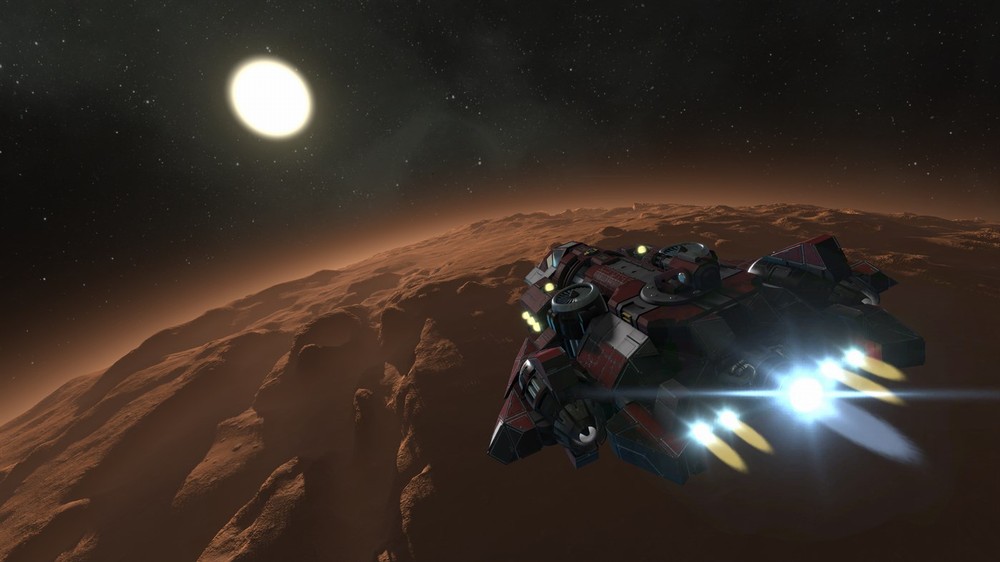 Space Engineers isn’t just a solo experience as it features some multiplayer options featuring support for up to 16 players. Much like other popular sandbox titles you can venture into survival and creative modes with friends for cooperative or competitive play. The thing I like most it’s the privacy options and use of dedicated servers. There are some limitations to hosting options however depending on which level of Xbox One you have. For those wanting to create a joinable instance you can only do 2 players with 1 host and 1 player on the original One or One S consoles. The One X on the other hand can support up to 4 players with 1 host and 3 players thanks to its increased power.

As I said with my summed up opening statement, there is a lot going on within Space Engineers. Players are not going to be building masterpiece war machines from the very start. But that’s not exactly a bad thing as you got to crawl before you can run. While it is true that Space Engineers has a steep learning curve there is some fun to be had with figuring out why something isn’t working quite like you planned it. Like every player heading out on their own space adventure there is room to grow here even with the game out of early access. With some proper optimization Space Engineers has the opportunity to offer those that stick with it a lot of enjoyment for hours to come. If you enjoy crafting titles like Minecraft but are looking for something a little more grounded in scientific reality then you should give Space Engineers a try via the digital store today. 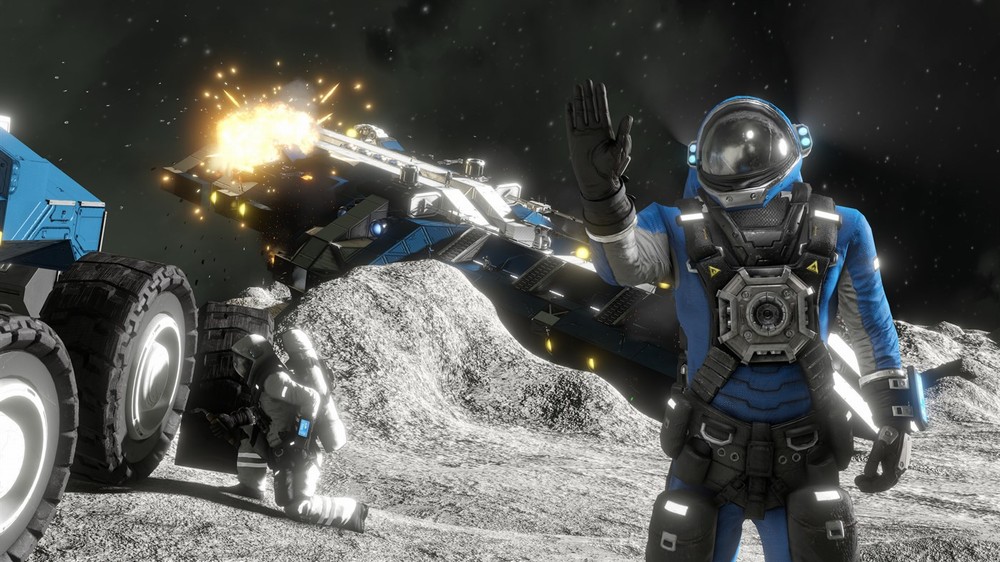 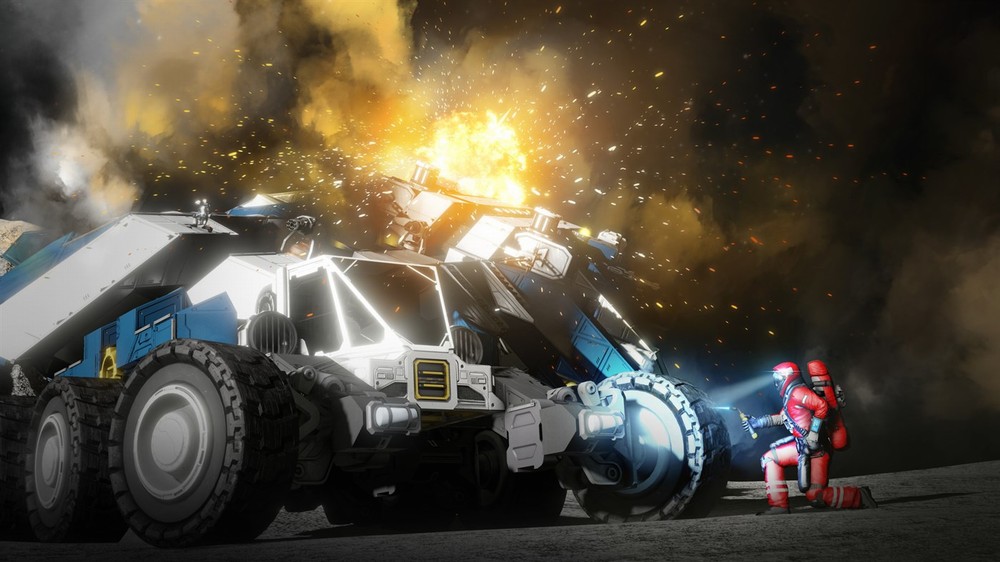