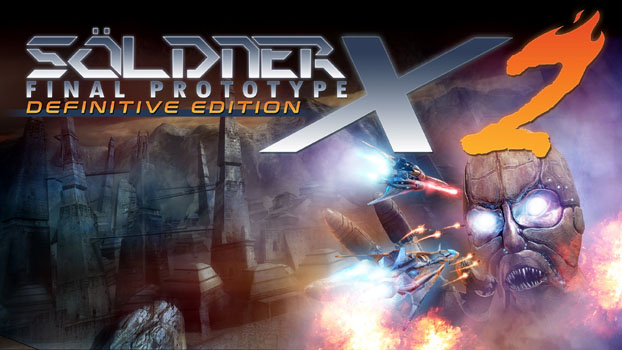 - Flat enemy details at time
- Where did the time go?

I was blown away by how smooth and crisp this game looks and plays.

When it comes to PlayStation, I’ve found that I’ve become accustomed to a multitude of ports over the years. While many are mainstream staples that make their usual appearance, I like to be surprised with the ones that I never really knew about before. Such is the case of Söldner-X 2: Final Prototype Definitive Edition for the PlayStation 4. Originally released back on PS3, this horizontal shoot’em up follows up classic action shooter titles like R-Type.

Since I’d never played its original release I got to enter this with fresh eyes, which for me was a blast. I’ve always enjoyed the challenge that comes with facing waves of foes all while avoiding a hell storm of pink bullets. While I am no expert at these shoot’em ups, I do find a good deal of pleasure from the created chaos that is this genre. The story behind Söldner-X 2: Final Prototype is that you are a part of an interplanetary alliance among the ranks of an elite squad of fighters after the events of the original game Söldner-X: Himmelsstürmer. 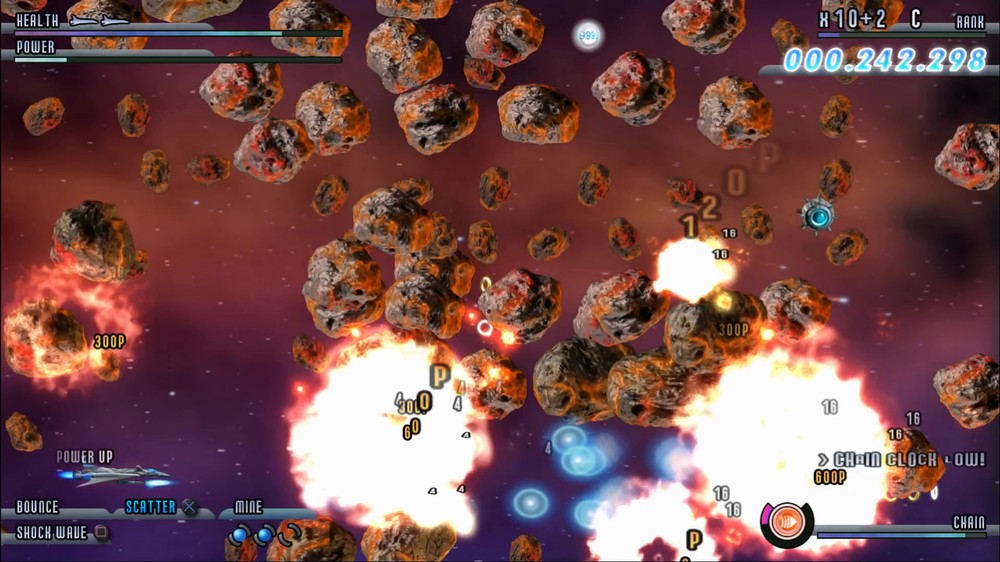 Every sci-fi story has to have an opposing force and FPDE is no different as you face off against waves of the technologically superior D’aarg. After that bit of backstory you select from one of two Starfighter ships (from an eventual three) and take to the skies to make your way through each of the levels. Like any good bullet hell you’ll face off against various enemies all the while avoiding enemy fire using each ships unique weapon configurations. Defeating enemies gives you the chance to earn powerups and even secret keys that you’ll need to make it to the story’s true end.

While Söldner-X 2: Final Prototype Definitive Edition looks like your standard horizontal shooter at first I quickly learned there is so much more to it than I expected. For starters, each ship has two main weapons that can be switched between on the fly. The Mexxus II’s Magma Cannon is extremely useful for concentrated fire on bosses. To fight bullets with bullets as it were the Bullet Gun delivers a fantastic spread across the screen. That said Thor’s Bounce Laser is nothing to scoff at as I found out against the tight quarters against the submarine’s armaments in the Turady Deep Sea level. 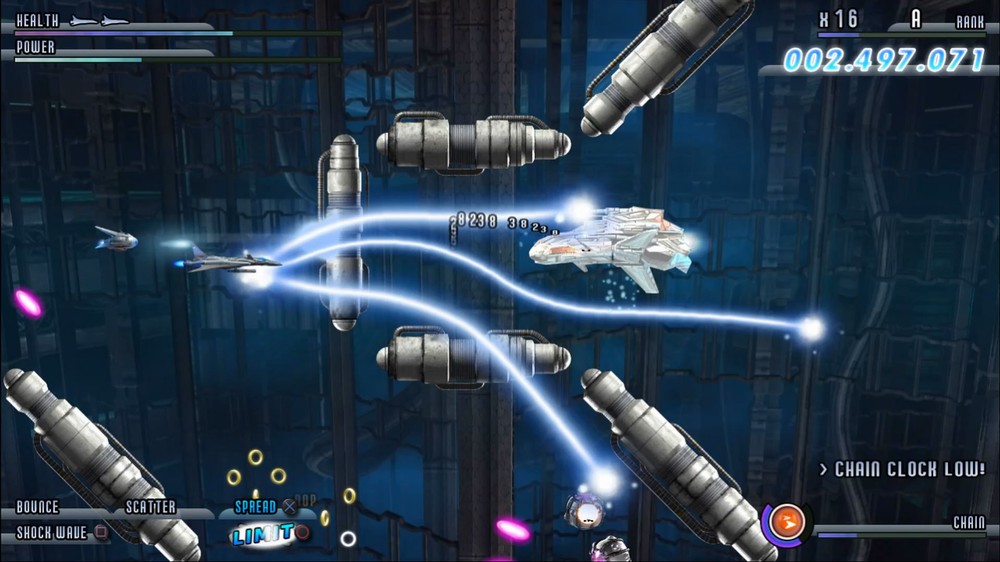 To add more firepower to the mix you will find yourself picking up a third weapon throughout combat like my personal favorite, the Spread Beam. This Tesla coil style weapon will arc towards multiple enemies at once delivering damage. This third weapon can be swapped out by picking up a different weapon so caution is recommended if you want to keep it. Much like the traditional “P” powerups that increase your current weapons strength you can pick up more of the same weapon to boost its strength.

You’ll need every bit of that firepower and some fast reflexes if you plan to make it through each level though. A large reason for this outside of being supped up for the various boss encounters is the dynamic difficulty system. The better you do at defeating enemies quickly without getting taken out the higher your rank will increase to as well as your high scores. Along with it you also increase a score multiplier and your enemy’s strength which makes things intensely more interesting. On a few occasions I found myself in the zone managing an x10 multiplier which is good for me as I often range in the 6-8 multiplier range depending on the rank. Players can find themselves anywhere between G at your lowest to S at your best. 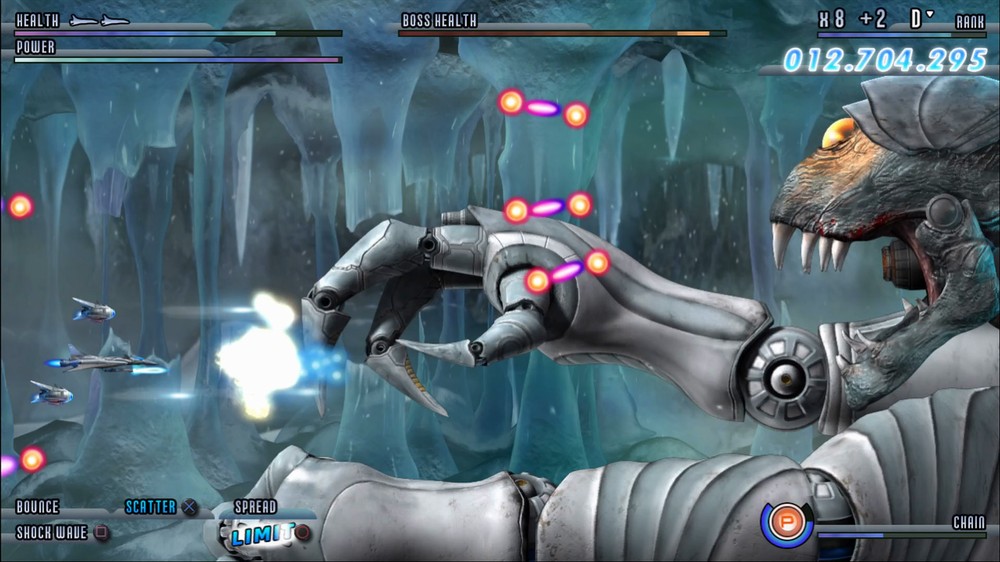 The lower your rank the less enemies and bullets you will encounter but that also limits your ability to earn higher scores to place yourself against the world’s best players. No matter what rank you find yourself in during your combat there is always that chance that you will take on way more damage than you planned to. Of course FPDE has your back with Berserker mode to give you a fighting chance with reduced damage from enemies and restored health if you can manage to not get hit. This makes Söldner-X 2: Final Prototype Definitive Edition a lot more accessible to newcomers as it a bit more forgiving than other games in this same genre.

As a new player myself I was blown away by how smoothly and crisp Söldner-X 2: Final Prototype Definitive Edition looks and plays in this pinnacle version. The biggest thing that I love is how smoothly this game runs at 60fps on my PS4 Pro which is a must for all the bullets, explosions and shifting locales you’ll be fighting your way through. Söldner-X 2: Final Prototype Definitive Edition is presented in a semi 2.5D style that for the most part looks great. I loved the level designs and more importantly the boss designs because lets be real this is where the real fun is. The music and audio for the game really rounds out the experience with awesome electronic music and sound effects including voiceover work.

There is plenty of replay value to keep you playing Söldner-X 2: Final Prototype Definitive Edition including the leaderboards for all of you with a competitive streak. There are plenty of weapon and special unlocks you can earn as well as challenges to complete. You’ll also need to hunt down the secret keys as I mentioned to unlock the rest of the stages for a total of 10 stages. So if you love horizontal side-scrolling shoot’em ups then you’ve got to check out Söldner-X 2: Final Prototype Definitive Edition for the PlayStation 4 today. 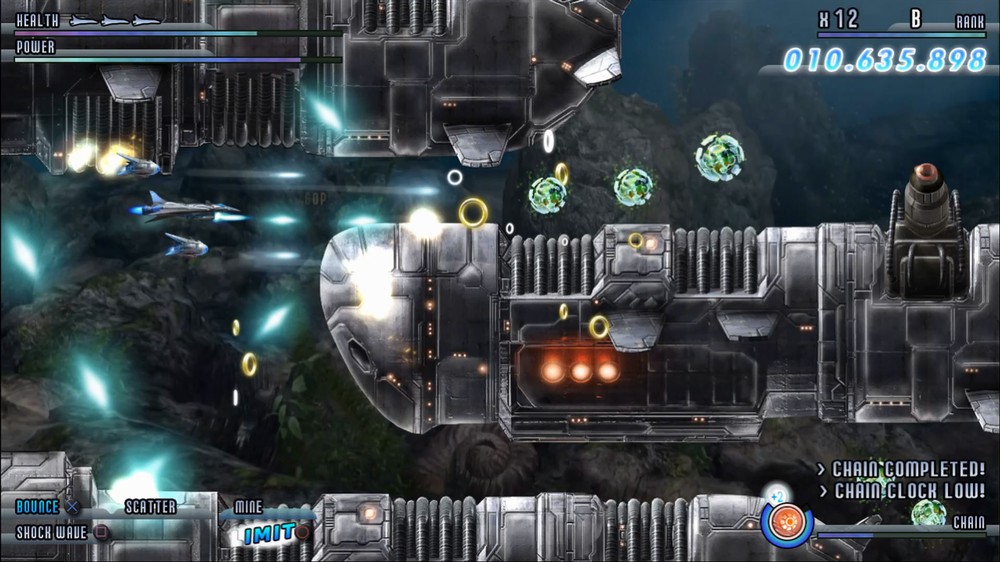 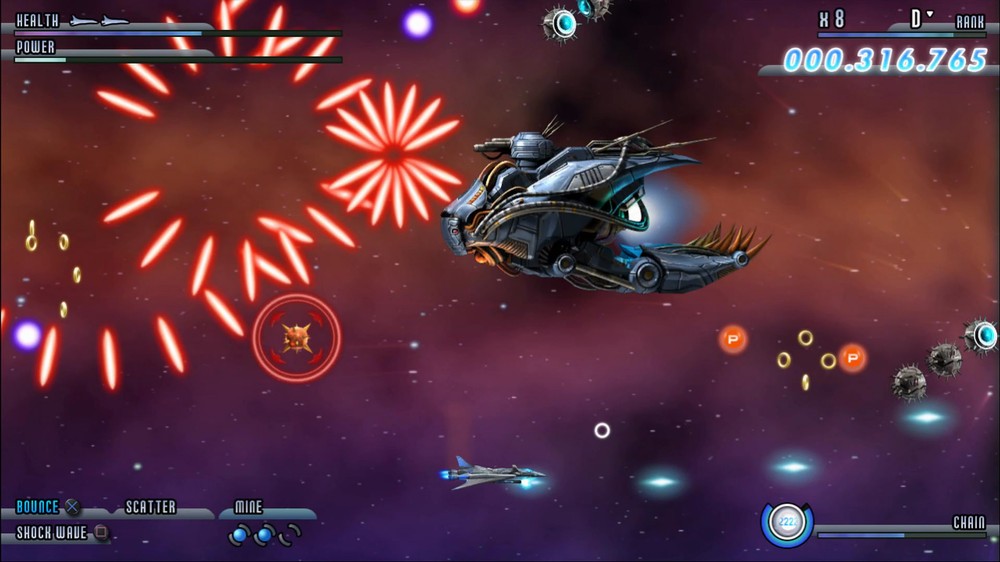 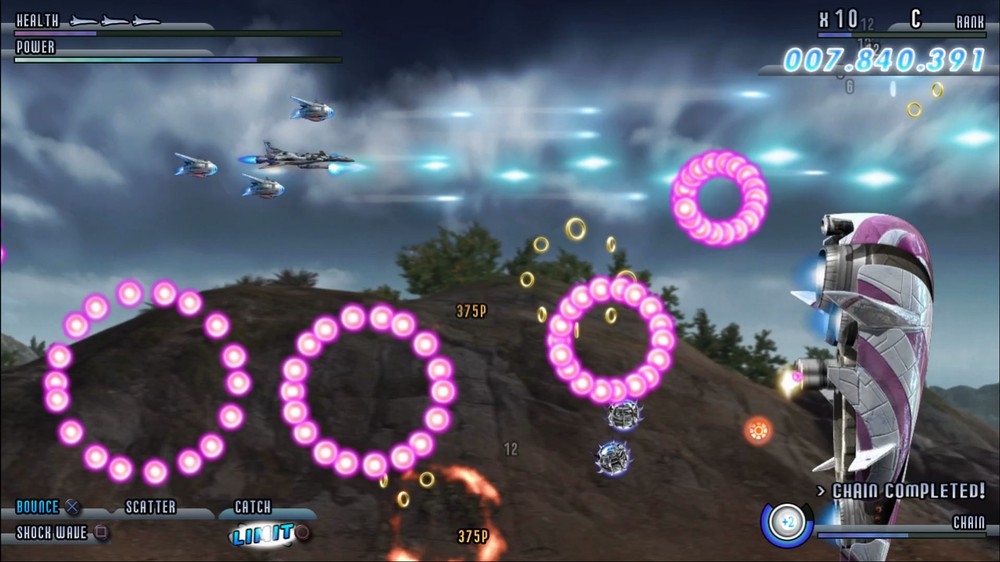 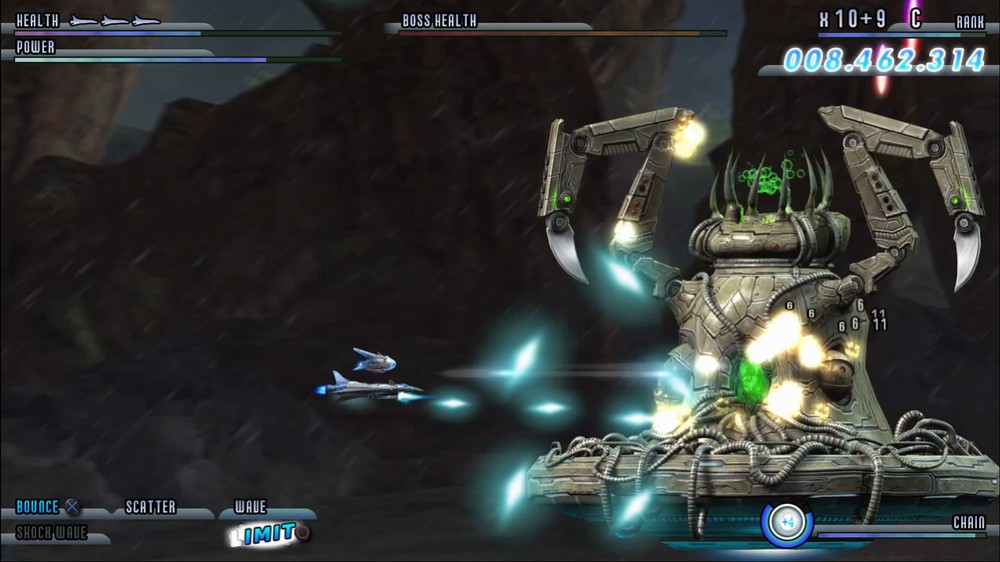 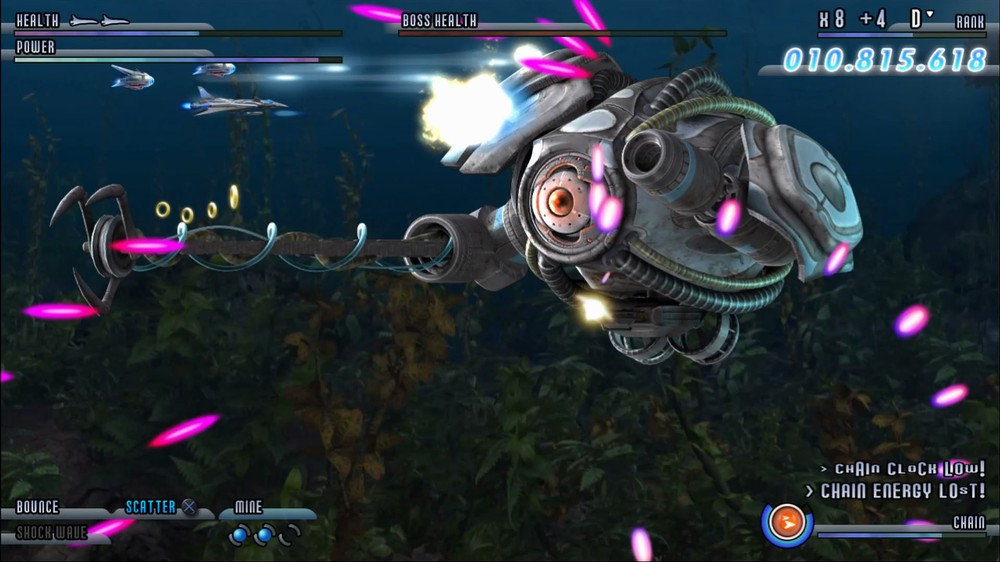 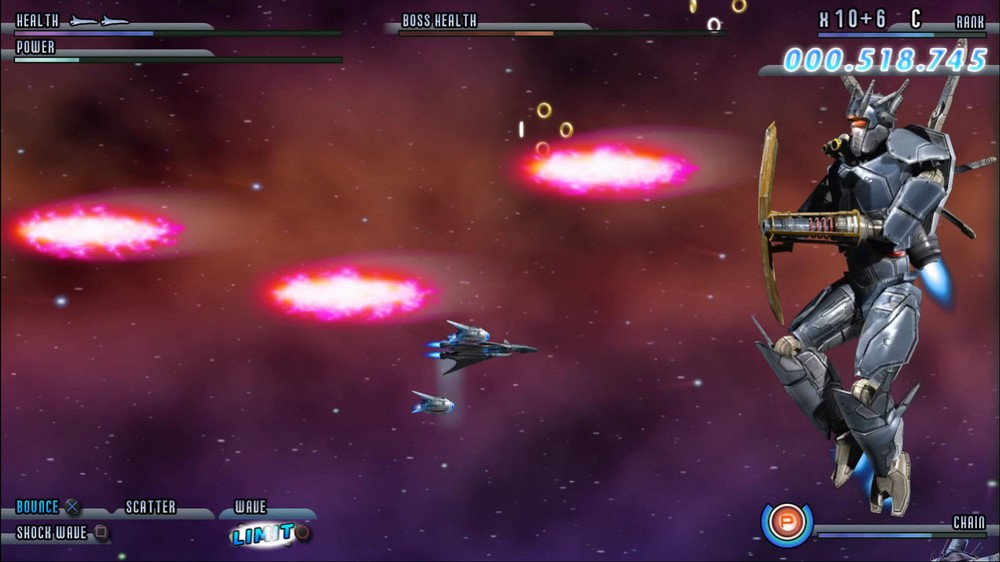 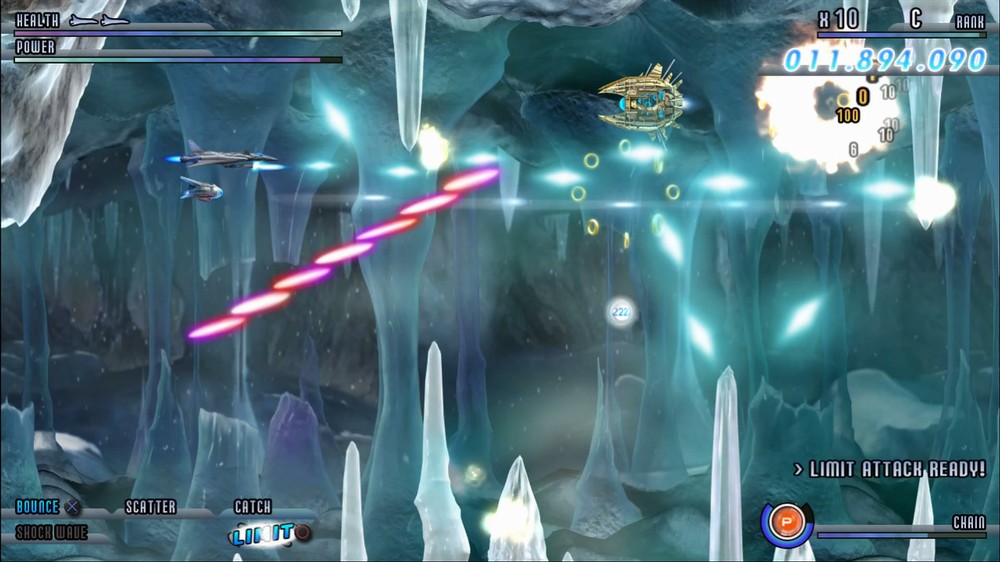 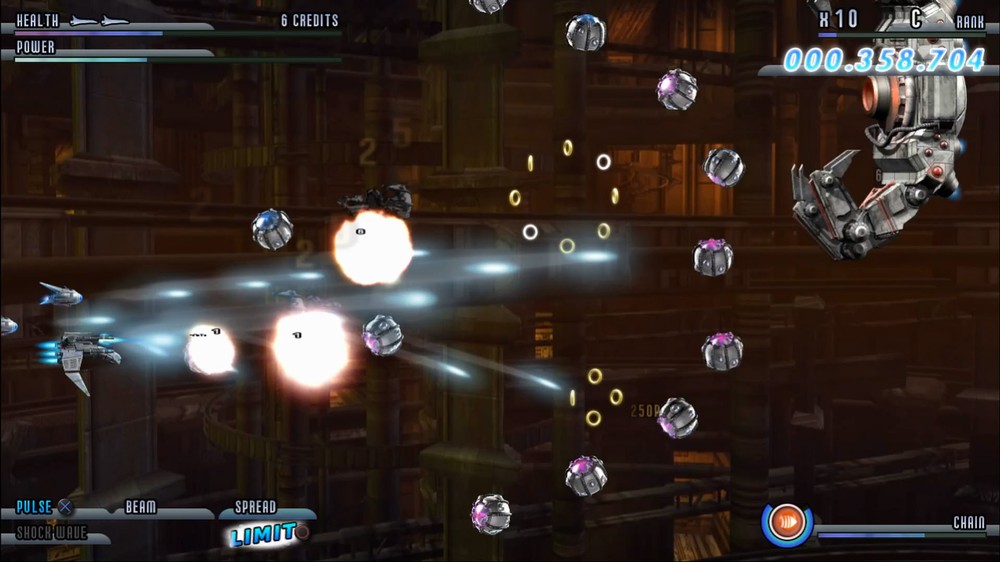 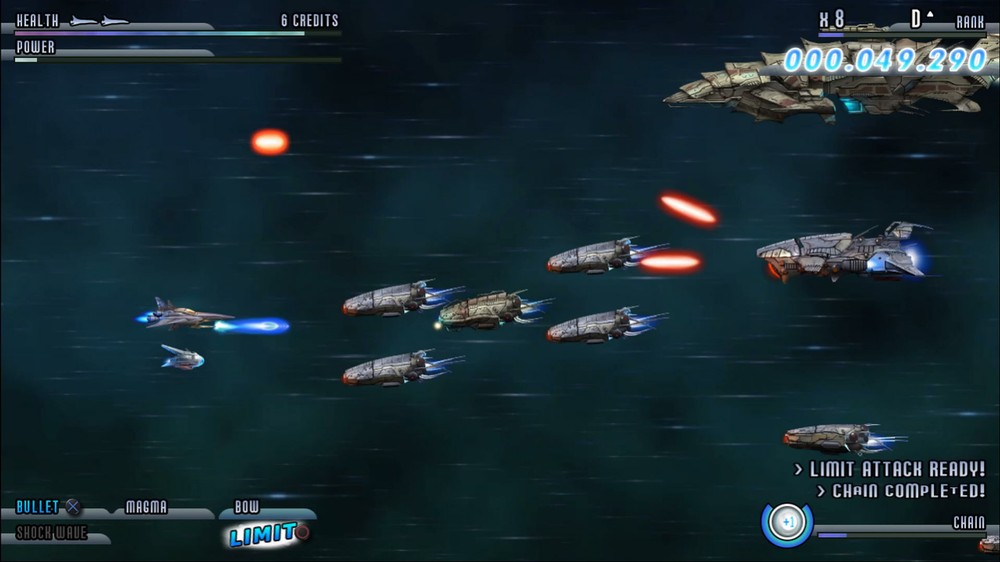